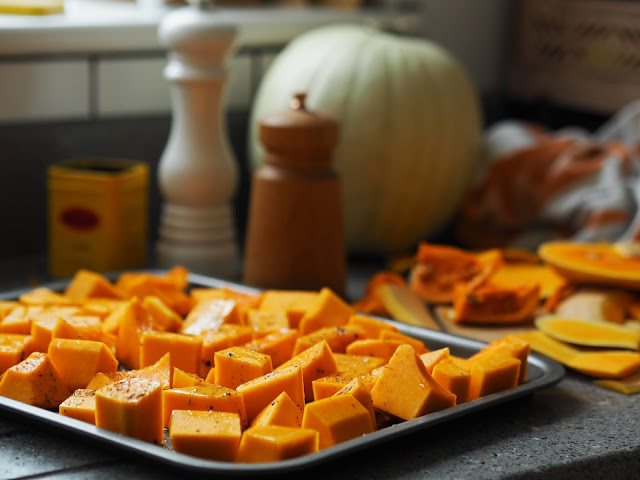 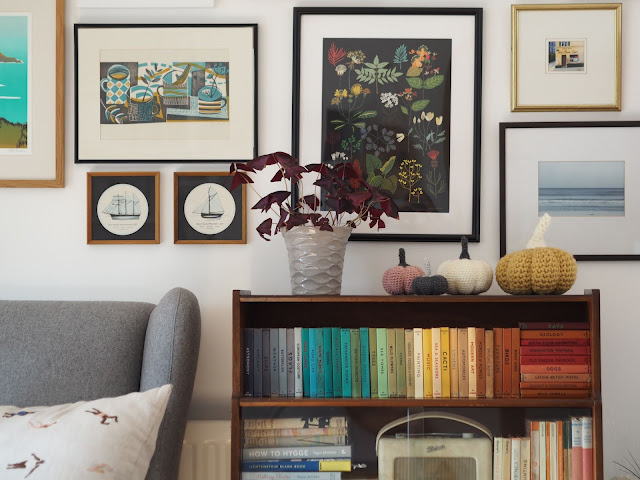 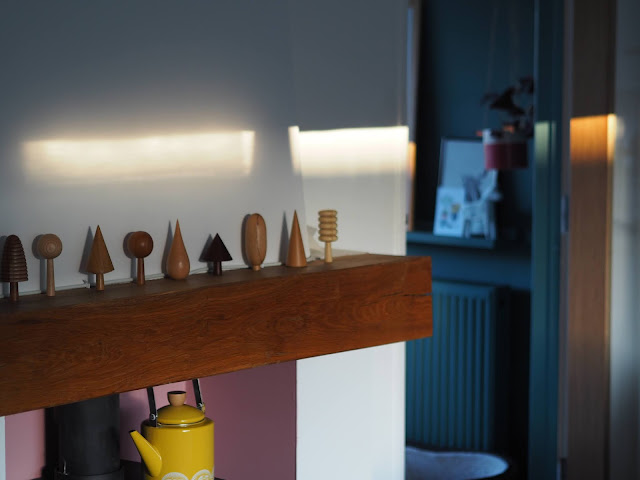 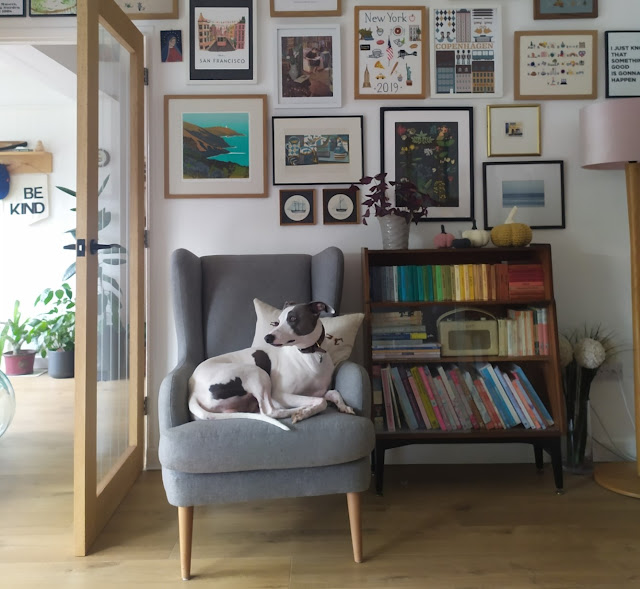 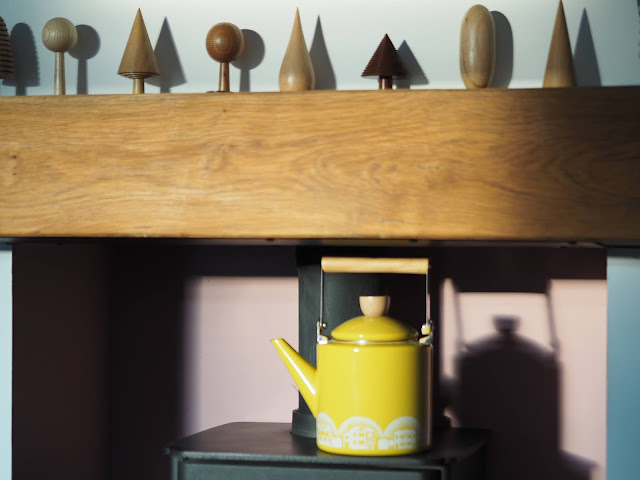 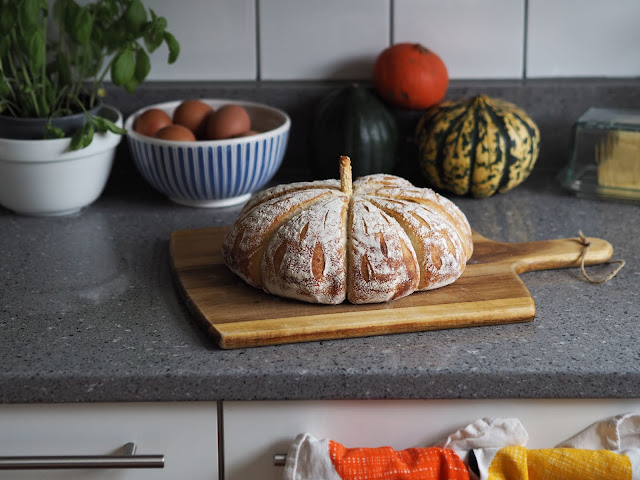 Some of the more interesting things I did in October:
Finished my cotton crochet top. Intended as a summer top, I have worn it lots this autumn over a long sleeved t-shirt or denim shirt. It's loose, versatile and easy to wear. 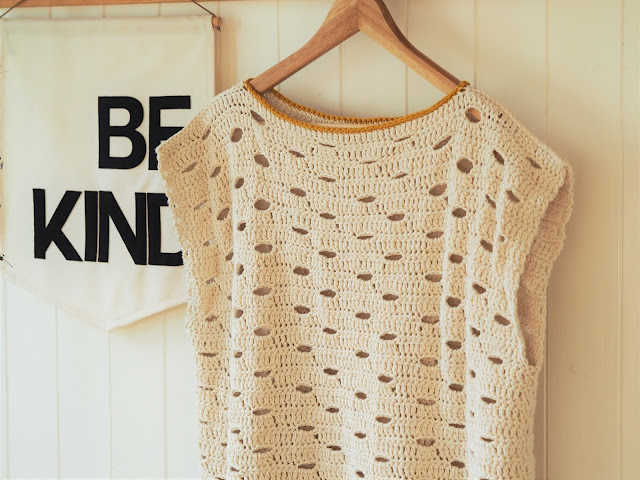 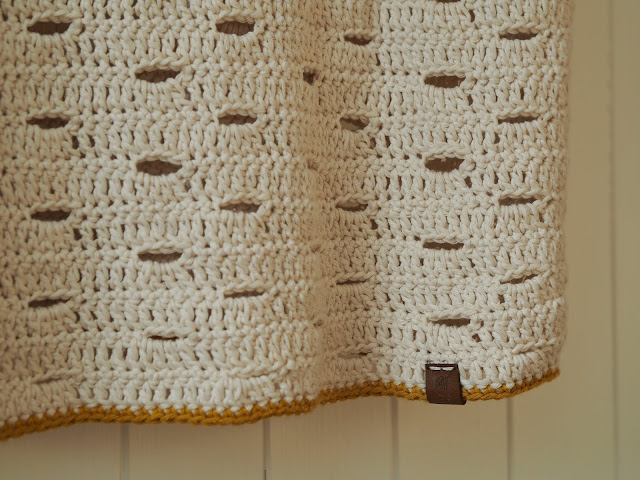 I sorted and aired all my knitwear in anticipation of colder weather. I examined my crocheted jumpers (the orange one, the yellow one, the cream one) and looked at which I wore the most (the orange one, because it's lighter weight). Then ordered lots of yarn in different colours to make this jumper which I think will be one I wear a lot. 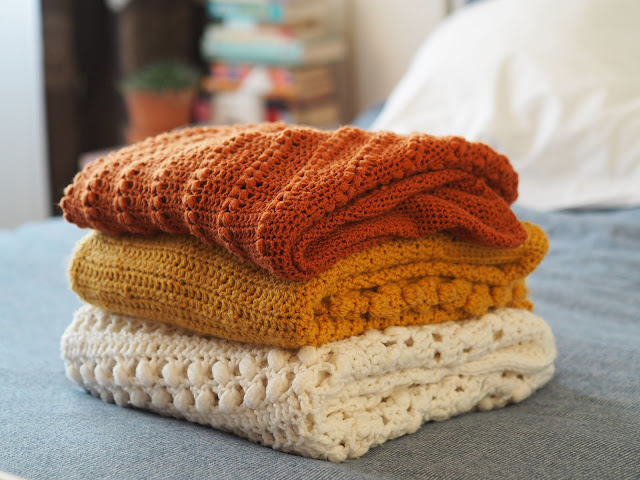 I discovered the baking blog Jane's Patisserie and baked these incredible cookies: ginger and white chocolate. I am not normally a fan of a dark or milk chocolate chip cookie - I prefer oatmeal and raisin or white chocolate cranberry - and I love anything with ginger so these were amazing. I did slightly reduce the cookie size though, so that they might last a bit longer in the tin and not be eaten in one day. 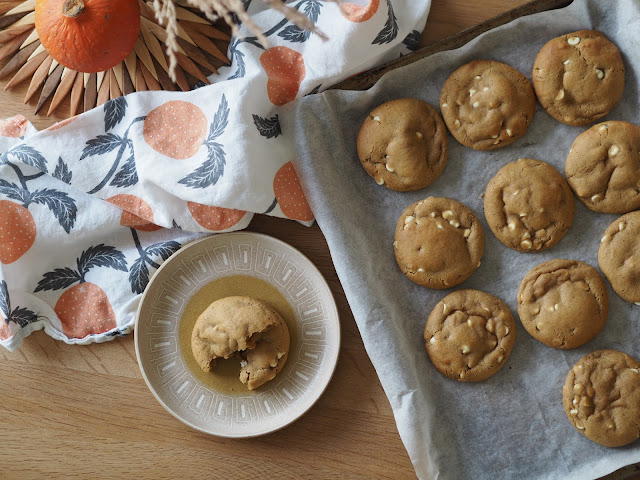 I had another go at a pumpkin-shaped sourdough loaf and was really pleased with how this one came out. All you do is tie four lengths of string around the dough before putting it in the oven. Next time I might try adding a little pumpkin to the dough, and maybe some spices. I don't vary the flavourings of my sourdough loaves - I like the sourdough flavour as it is - but it might be fun to try something different. 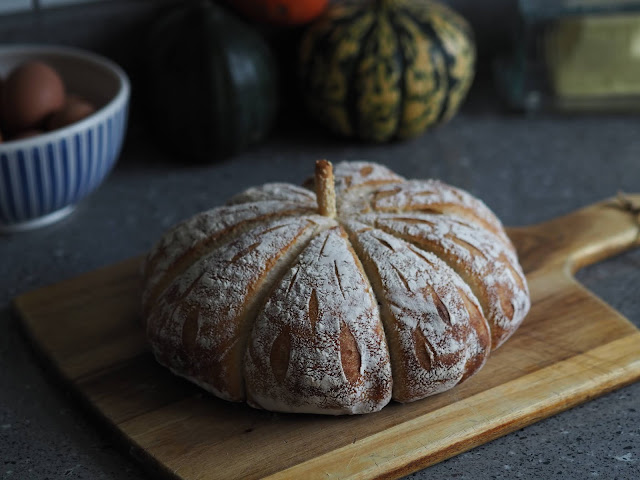 I love butternut squash and cook with it year round, but I do like it when all the other squash varieties start appearing in the supermarkets in the autumn. I like to roast squash until it's really caramelised around the edges and sweet, then add it into soups, salads, curries etc. 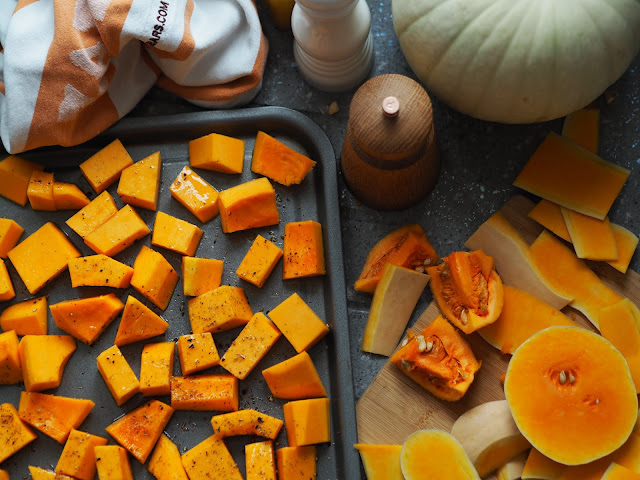 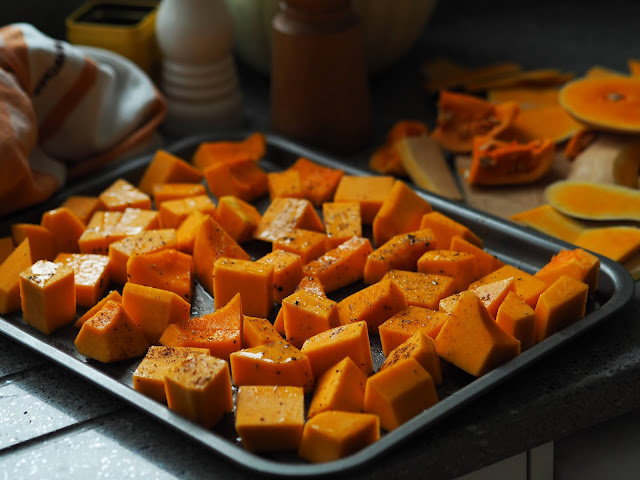 Quite often I mix it with a grain and other vegetables and eat it as a warm salad. This one is roasted squash with cherry tomatoes - added half way through the cooking time - bulgur wheat, pine nuts, feta and some chopped herbs. It's nicest warm but still good cold. I make loads and then put it in the fridge in individual containers ready for my lunches at school during the week. 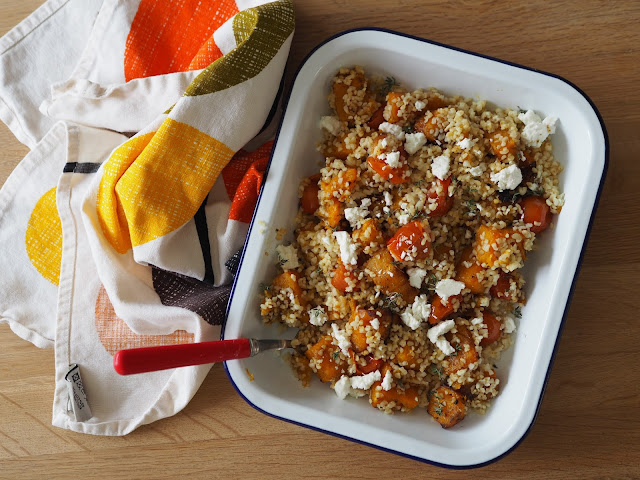 More interesting squash varieties are currently scattered around the house. They will become soup next weekend I think. 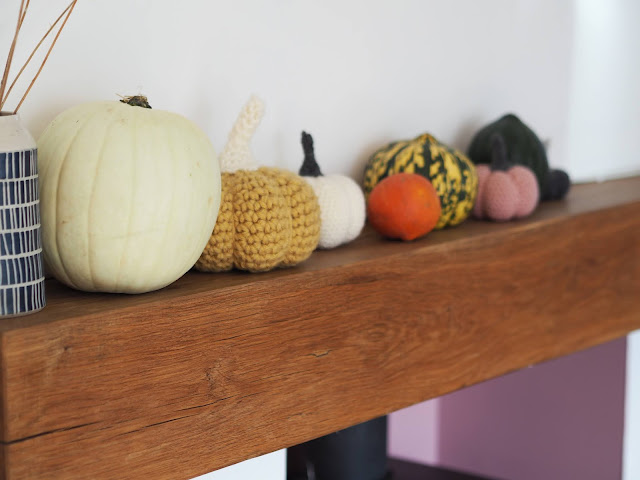 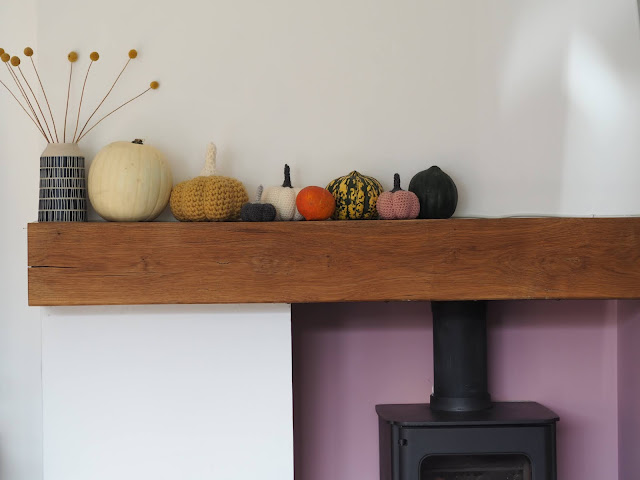 I have been working away on my Stitch a Day sampler for October, really enjoying all those warm golden and orange colours. 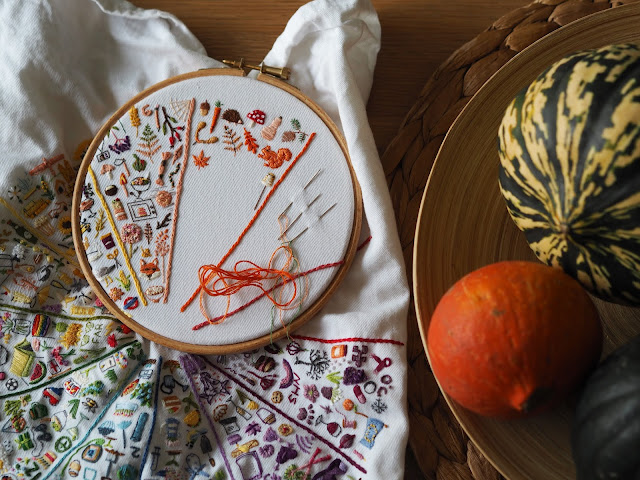 And there are the walks. So often I struggle to find the time but always feel better for being out in the fresh air, even if it's just for an hour. We've had blustery beach walks, humid and overcast forest walks and rainy pavement ones in between. The weather has yet to turn really cool here, and it has been a pretty mild October so far. I think we've lit the fire twice and only put the heating on a handful of times. 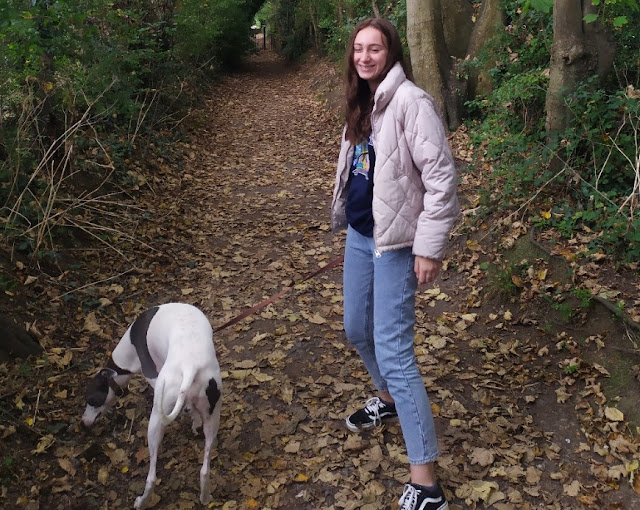 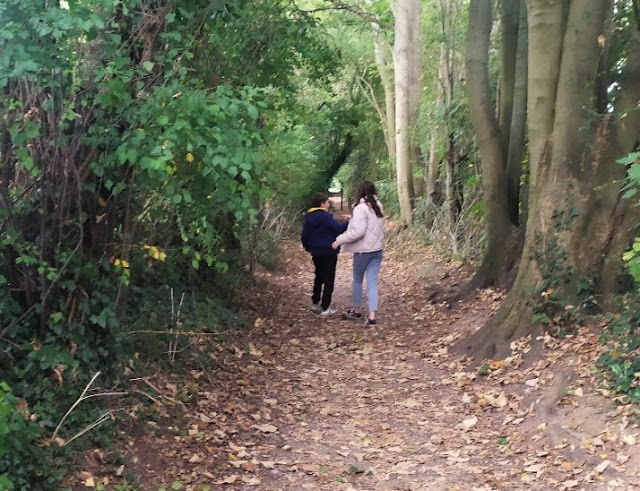 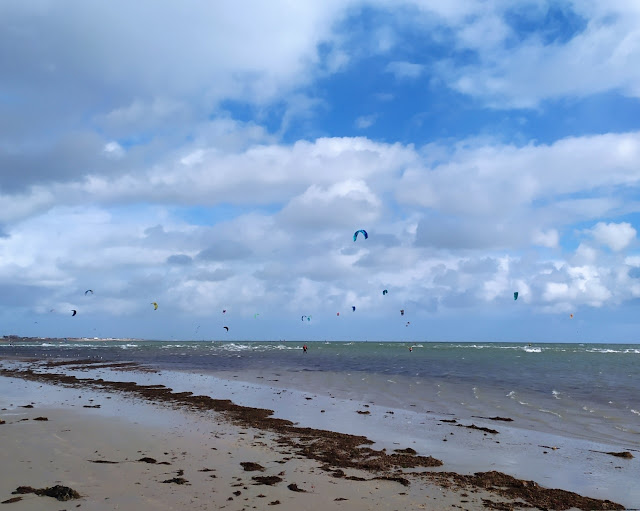 We've had a good half term overall, the highlights being a trip to London (more on that later) and the lows that both John and I have had really horrible head colds, the kind that linger and leave you feeling really wiped out. Over half term too, typical. But lots of pottering and reading has helped and I'm feeling a lot better which is just as well as it's back to work tomorrow.
Posted by Gillian Roe at Sunday, October 31, 2021