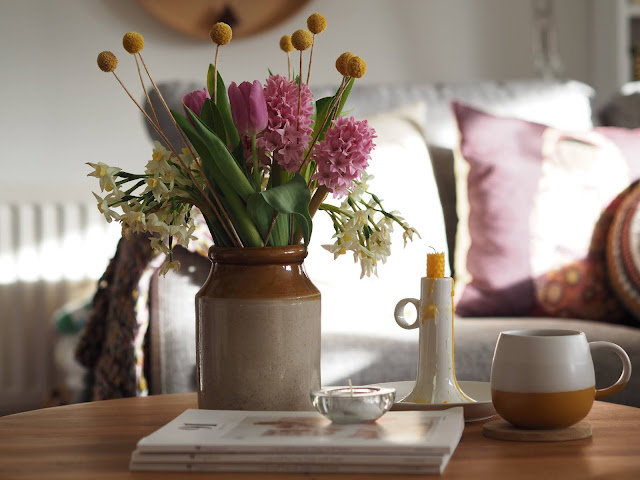 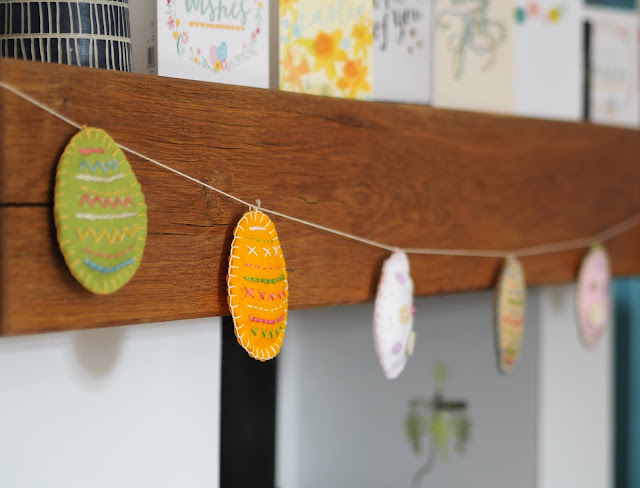 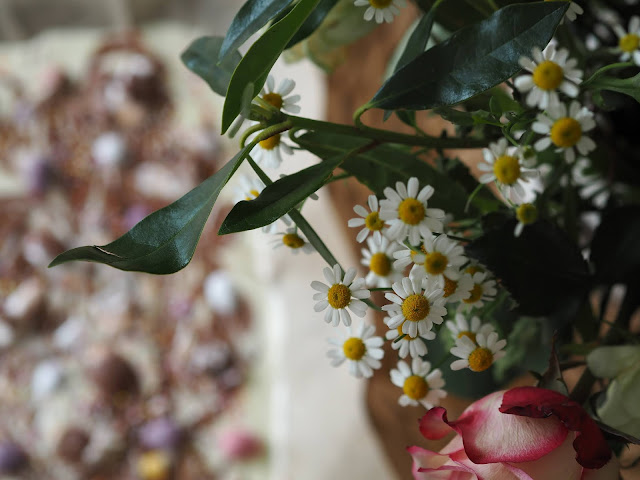 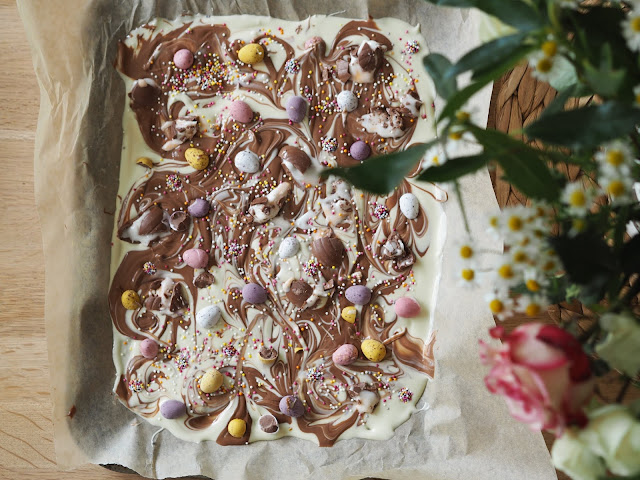 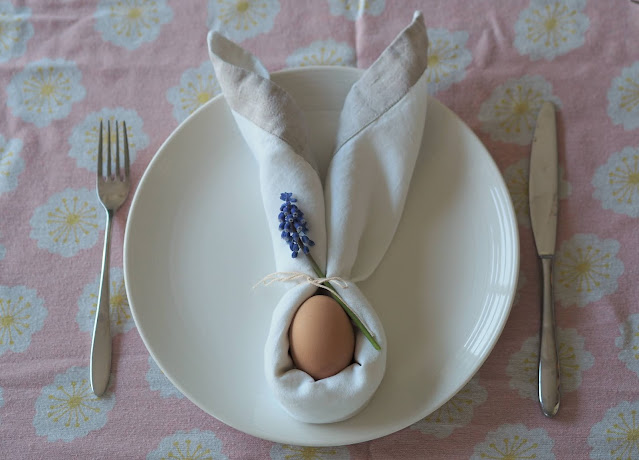 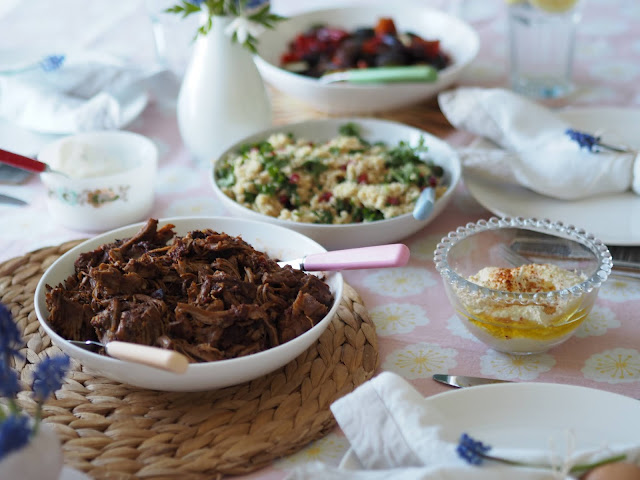 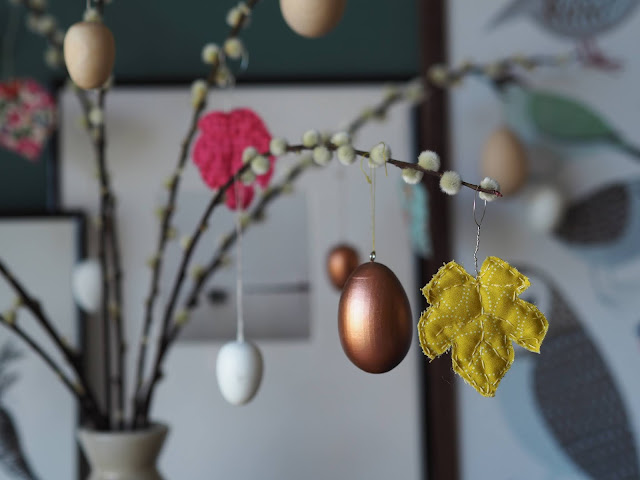 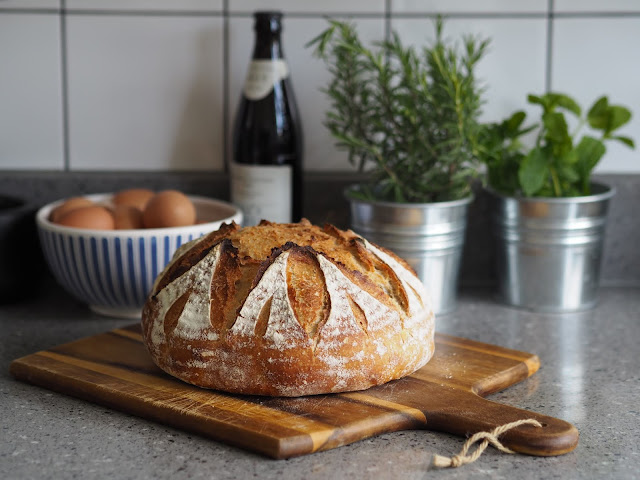 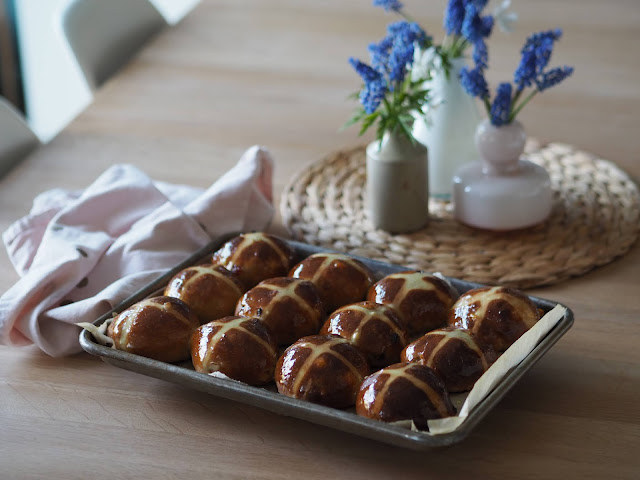 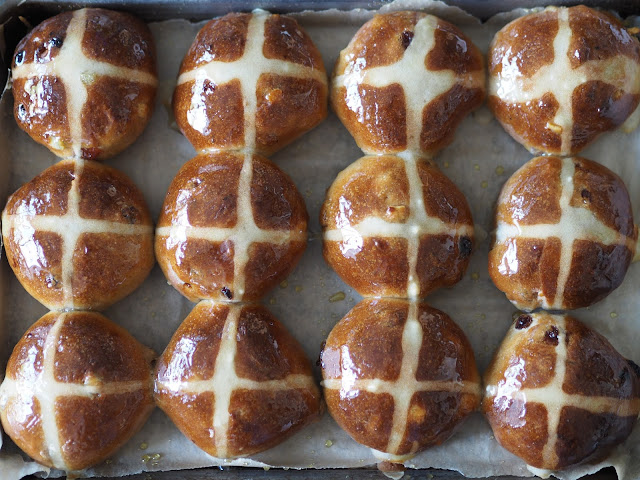 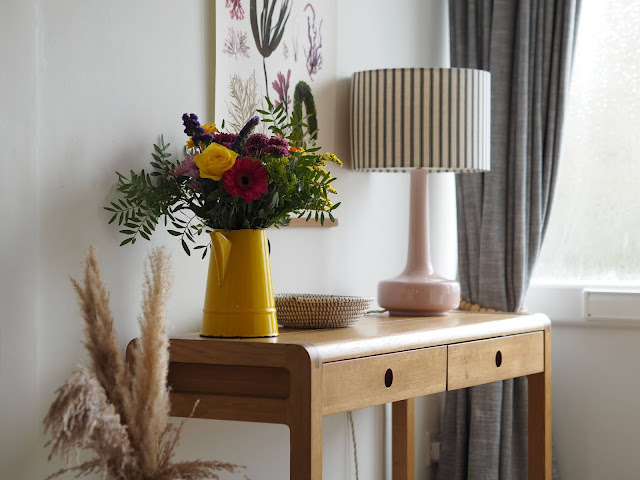 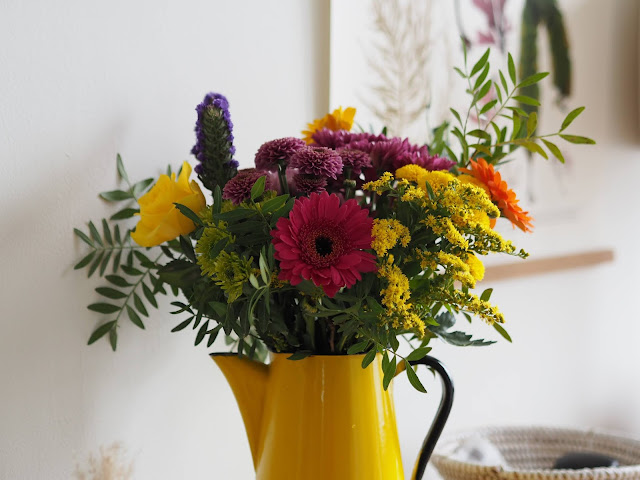 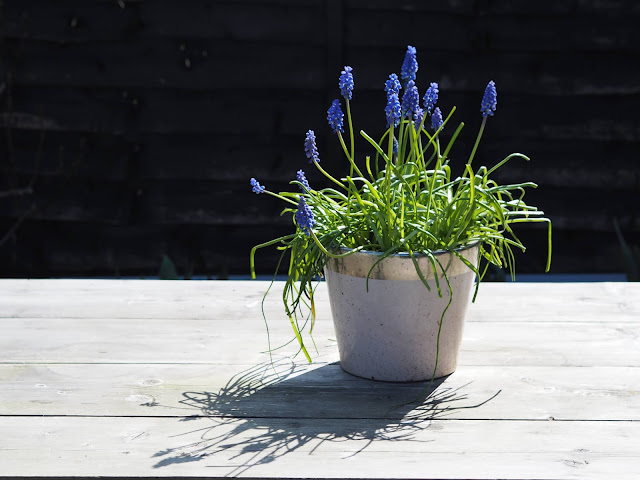 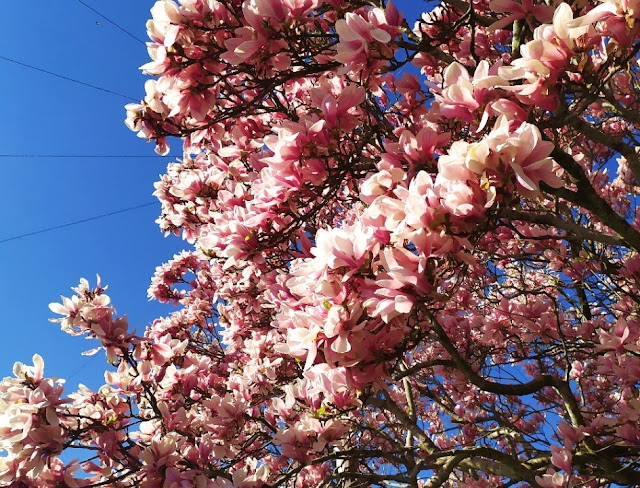 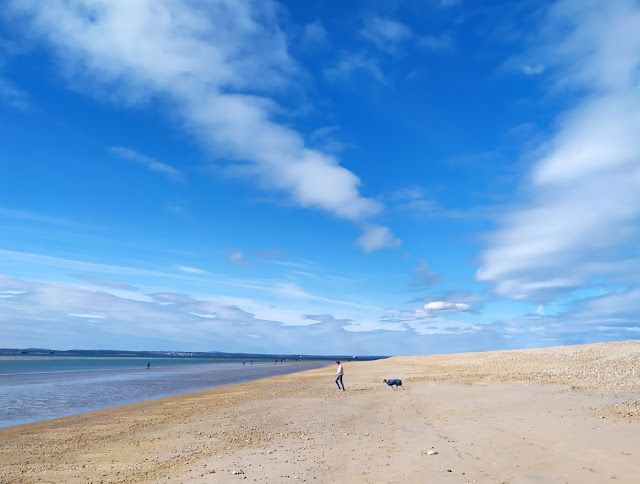 I love the Easter holidays and, after a very hectic final two weeks of the school term, this break was especially welcome. We have been cooking and celebrating, resting and pottering, gardening and working outside. It's been a good balance. 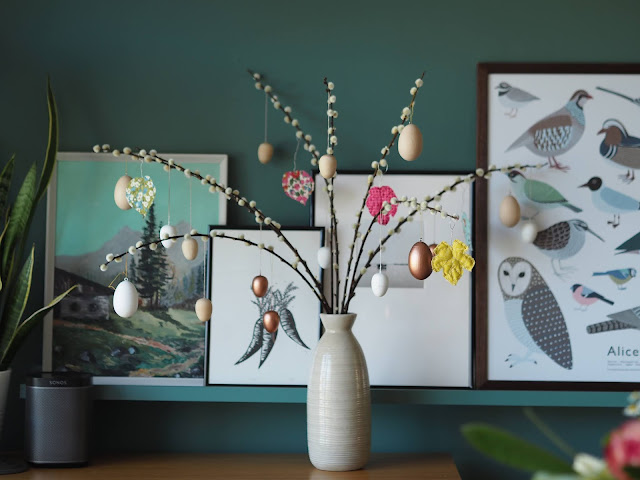 Sprigs of pussy willow hung with wooden eggs make our Easter tree. I only keep this up for a few days over the Easter weekend as the arrangement is precarious and wooden eggs are liable to go flying all over the house every time someone brushes past it. The felt egg garland comes out for nostalgia. I made this when the children were tiny, before I started blogging I think. 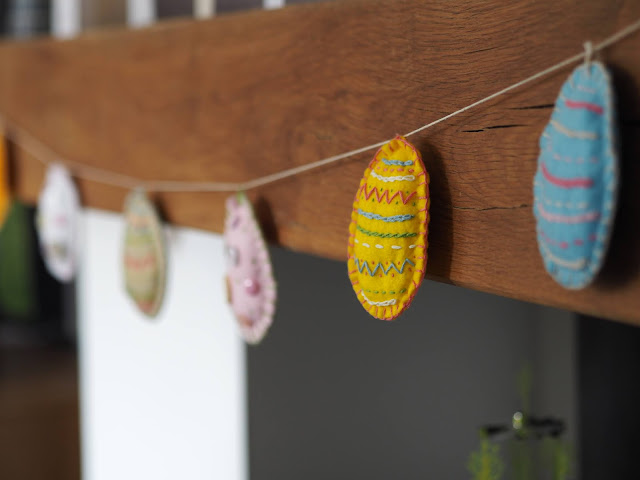 A noticed this Easter that some of our little family traditions are shifting and changing as the children get older. No egg hunt this year, but we still made Easter nests, although this time Bella made them on her own, rather than me supervising the baking with two small children standing on stools at the kitchen worktop. 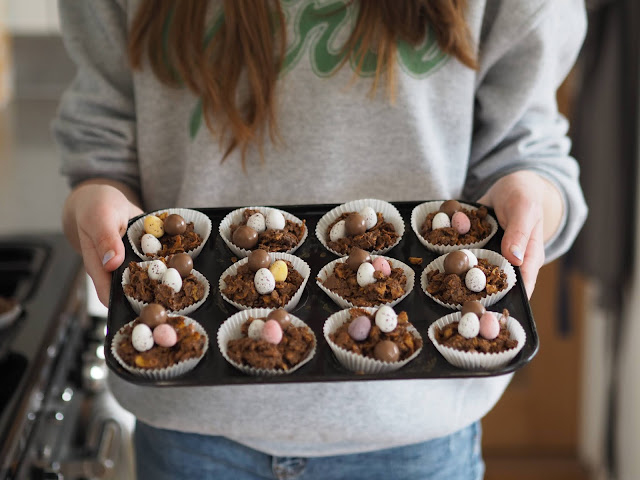 Likewise the Easter bark, something we only started making a few years ago, but which the kids look forward to more than anything else. Also made by Bella. 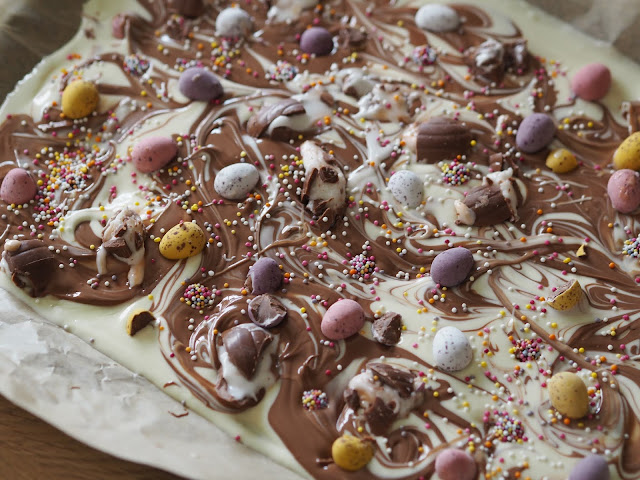 I attempted hot cross buns this year using this recipe. They were as fiddly as I remembered when I made them years ago and, despite following the recipe to the letter, I felt they were a little heavy and definitely not as light as the shop bought ones. The flavour was still fantastic though, and toasted and buttered they were delicious. 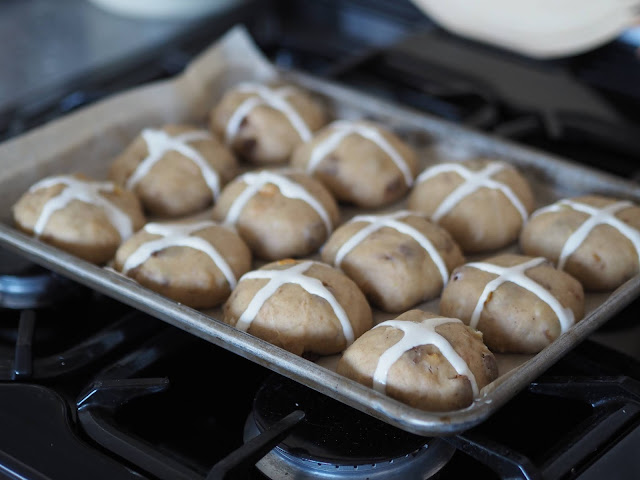 The most fun part was glazing them when they came out of the oven. Instantly, the buns came to life and glistened, and the contrast between the dough and white cross really showed. 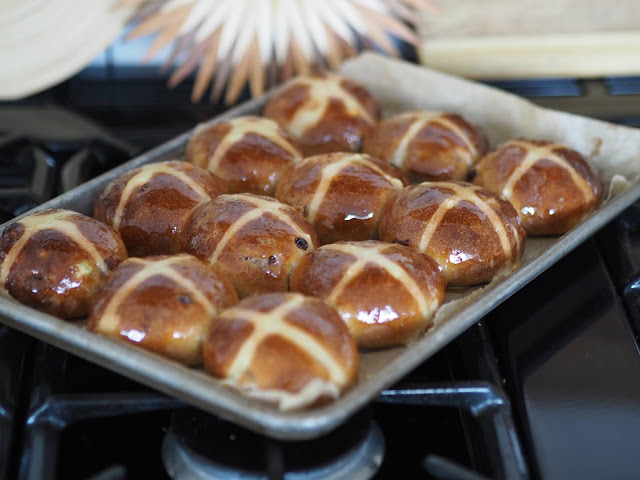 Easter lunch was a shoulder of lamb, rubbed with spices and cooked slowly for about four hours in a covered casserole dish. When it was ready I let it cool a little, removed as much of the fat as possible then pulled the rest of the meat apart. It was really good and gave much better leftovers than a roasted joint. We ate it with roasted vegetables, couscous, houmous, yogurt and flat breads. The kids were quite vocal about the lack of roast potatoes and said they would have preferred a normal roast. Perhaps they'd like to cook it then? 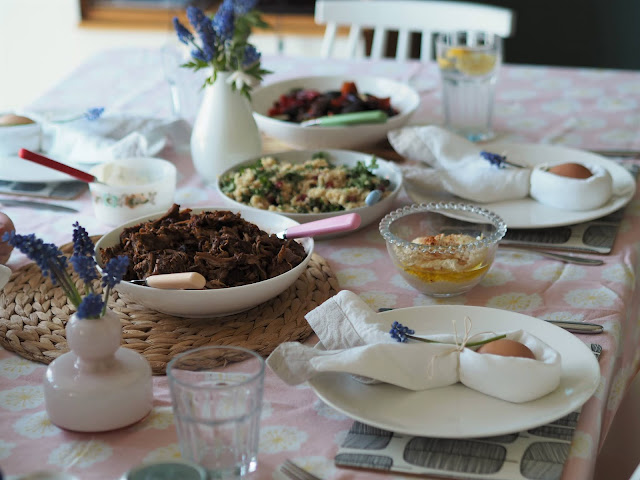 The muscari are still blooming everywhere in the front garden. Last summer I moved some bulbs and put them in pots where they came up this spring. It's nice to have some colour because my tulips have only just started to bloom. Anyway, I'm picking them as fast as they grow. 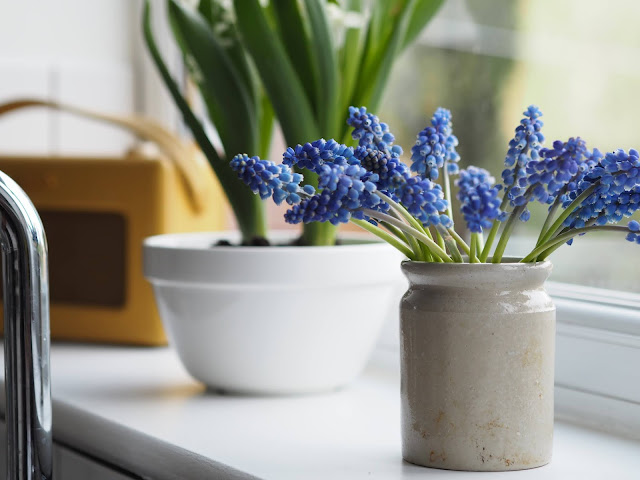 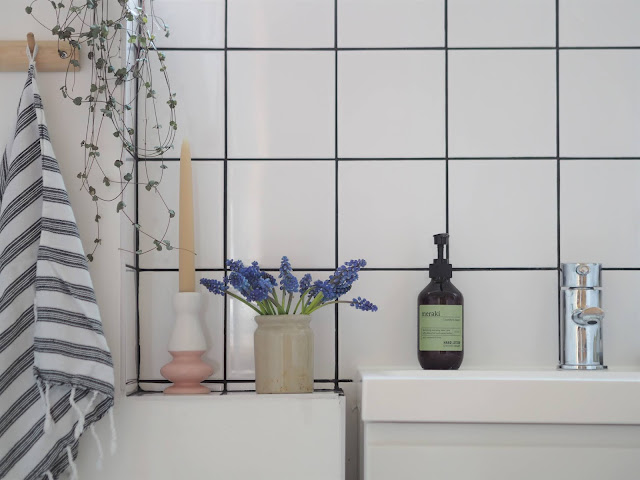 The last week has been spent mostly at home and walks have been local as we've been busy. The Easter holidays always arrive at the perfect time for me to start tackling jobs inside and out and I have spent time this week sorting out cupboards and drawers and deep cleaning areas that don't get so much as a vacuum during term time. I was going to pack away all out winter things but we've had snow showers this week so I've held off on that for a bit longer! We had an electrician come to do a few jobs for us, including install an outside light and plug socket and lower this pendant light over the kitchen table. 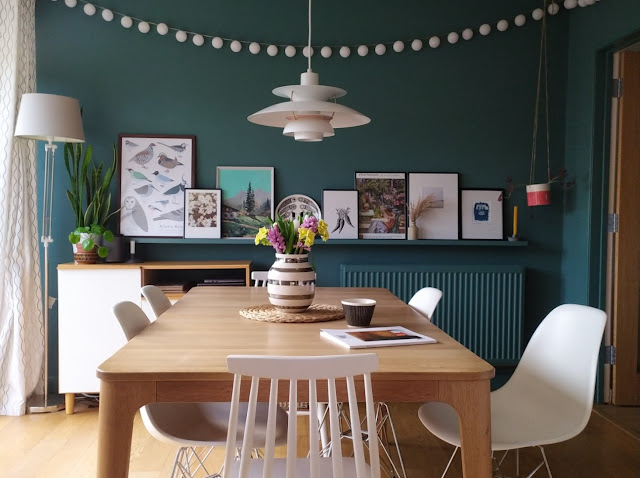 It is perhaps a foot lower than before but the difference is makes is huge. It creates a much cosier, more intimate feel when lit plus you can more easily see the beautiful design. 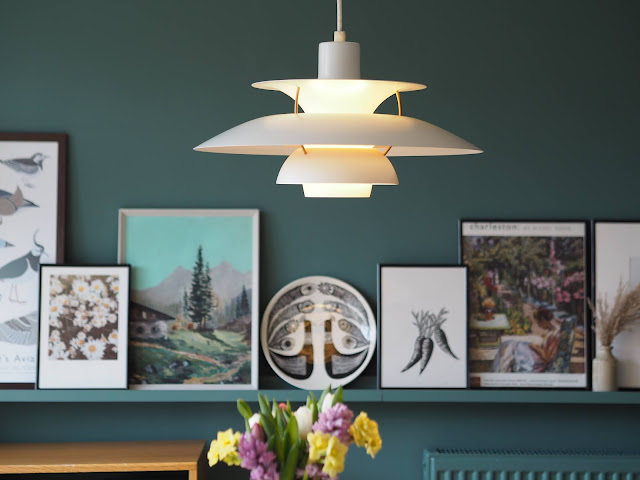 He also installed this IKEA sinnerlig lampshade in the living room (it's the kind that has to be wired in) and, again, it makes such a difference to the whole feel of the room. 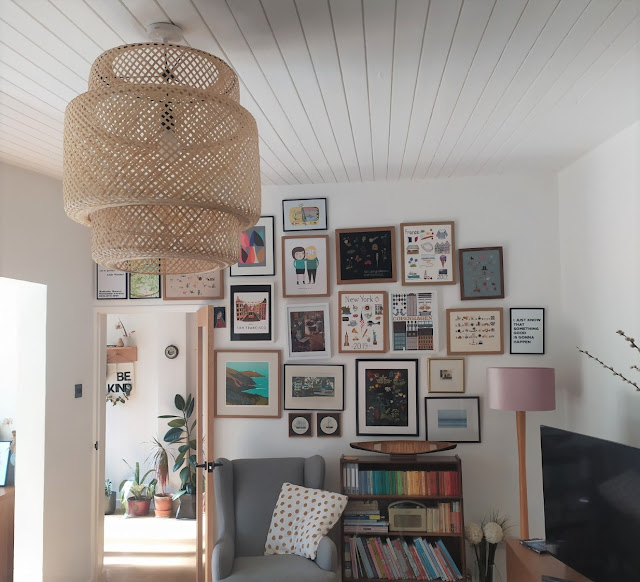 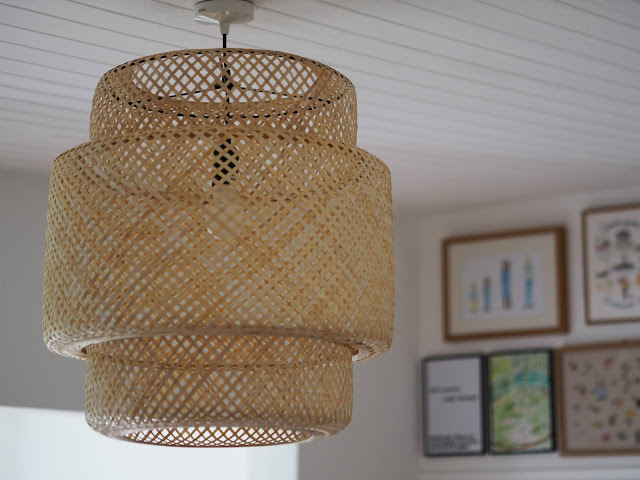 However, probably the most exciting bit of electrical work was the installation of a light in the coat cupboard in the hallway. I don't know how it took us six years to do this job, but we did it finally, and the difference it makes is huge. You can now see what is inside. Incredible! (Also, can you believe we're lived here six years now?!)
We've also been doing a lot of work in the garden over the last week but I think I've rambled on long enough today so I will show you all the photos soon. I hope you are all well and had a nice Easter. I will try not to leave it so long between blog posts next time.
Posted by Gillian Roe at Sunday, April 11, 2021