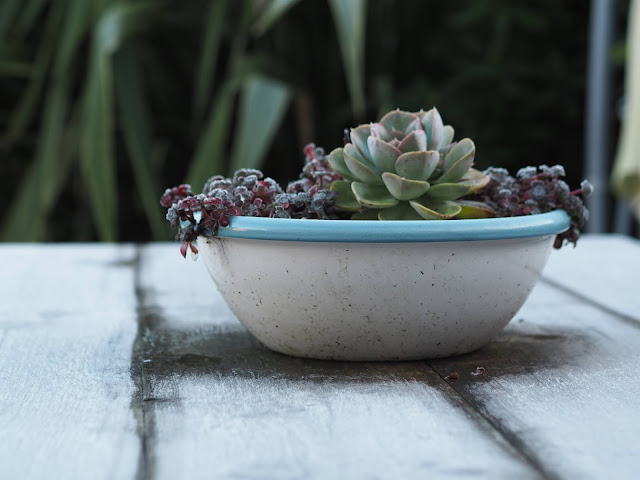 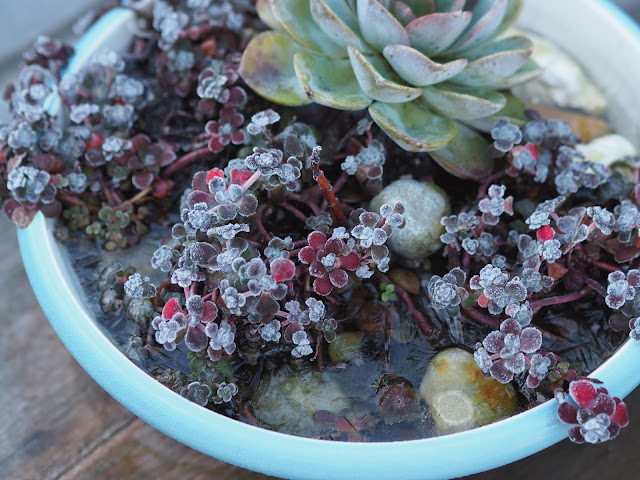 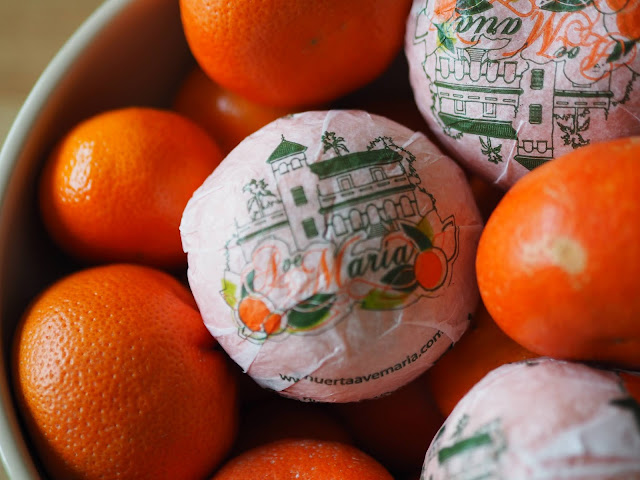 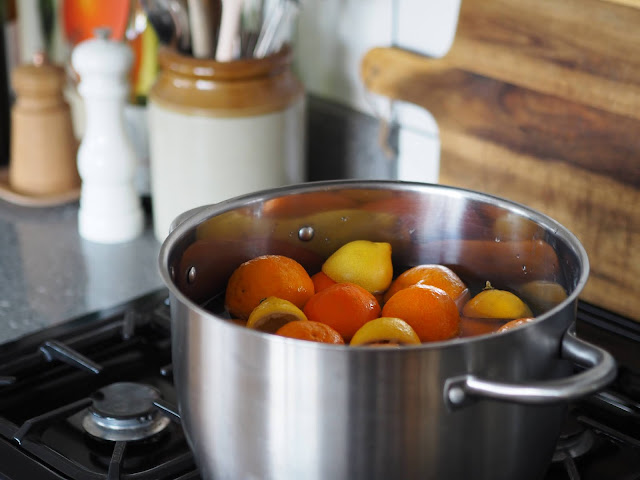 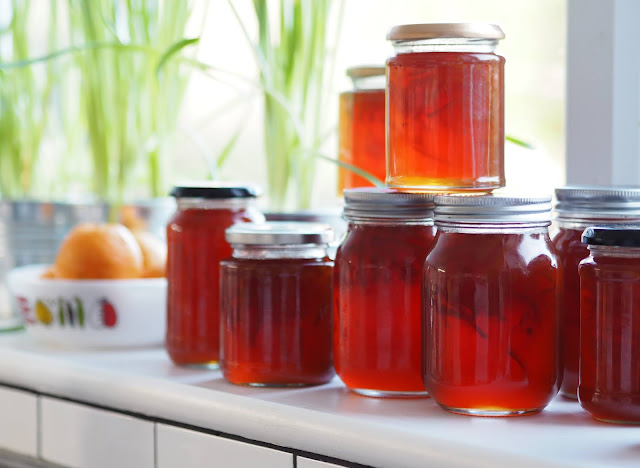 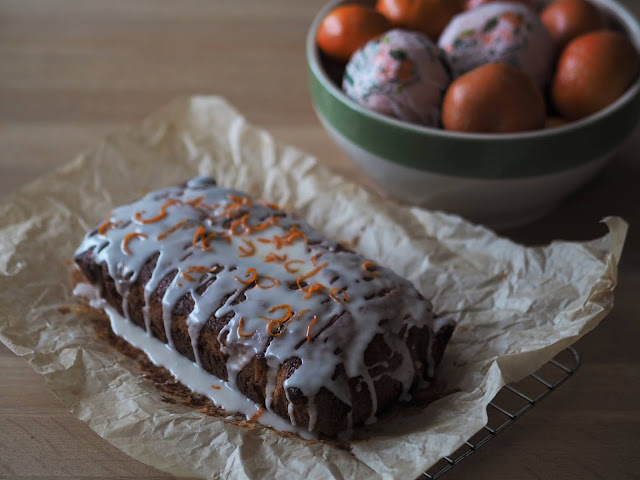 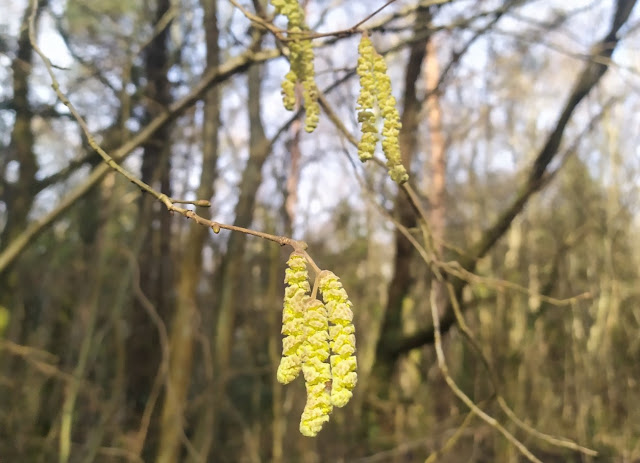 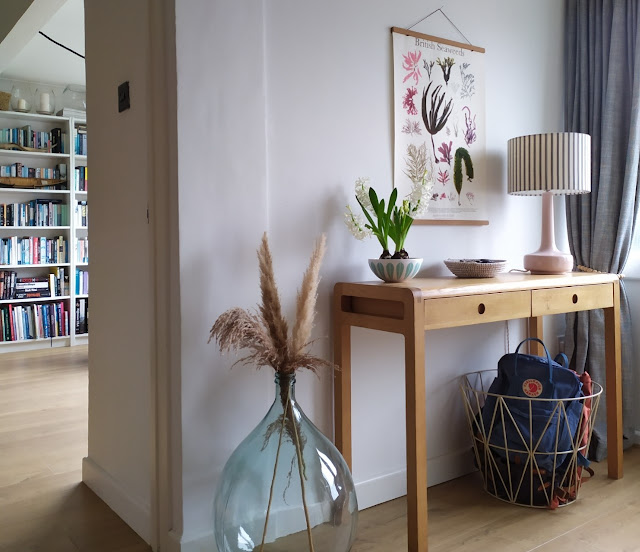 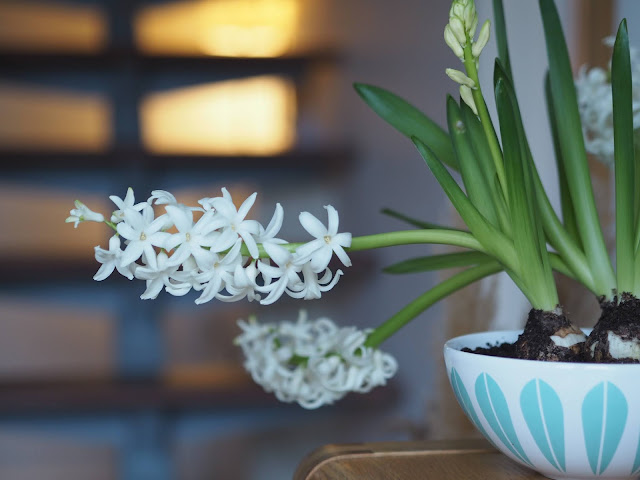 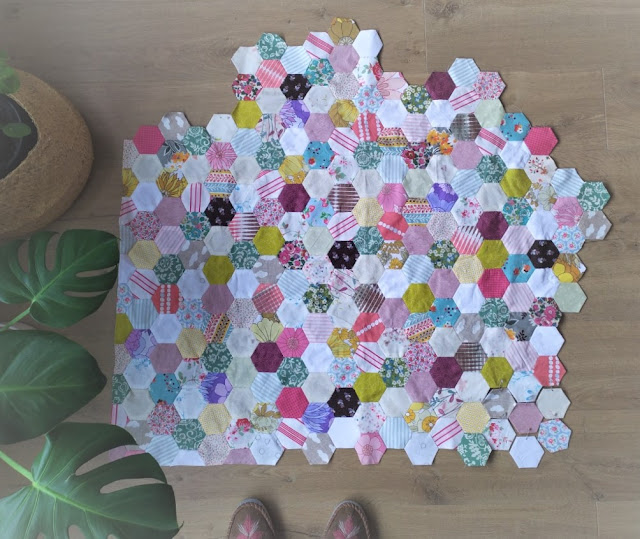 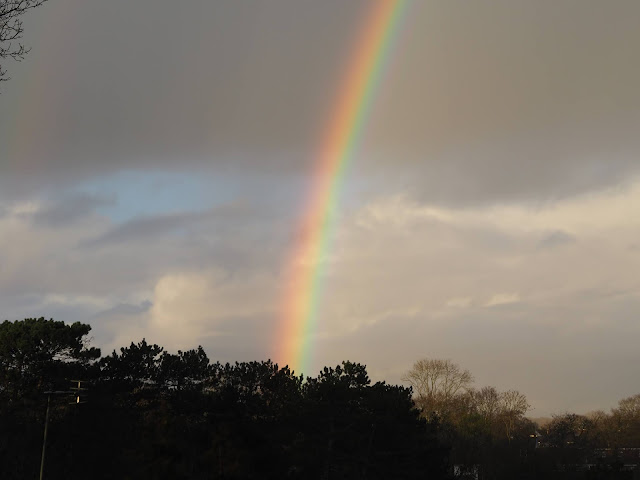 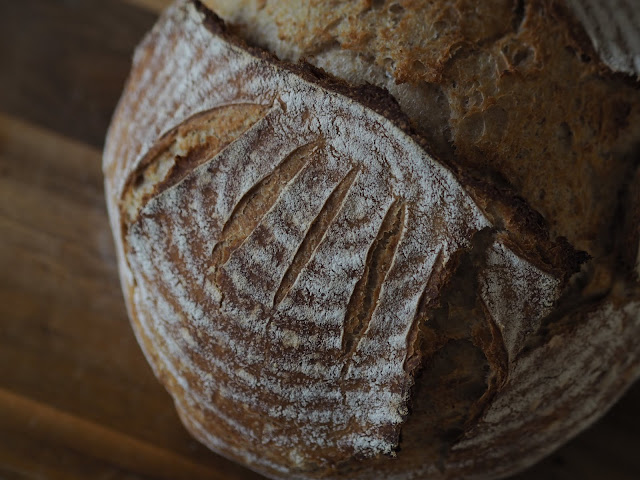 The appearance of Seville oranges in the shops in January lifts my spirits like not a lot else - especially during this never ending month - heralding as it does Marmalade Making Time. We love marmalade in this household and eat quite a lot of it (just as well, really) and it has become one of the preserves I make every year. Filling your kitchen with the warmth and scent of boiling oranges is one of the best antidotes to the bleakest, greyest, wettest of midwinter days. 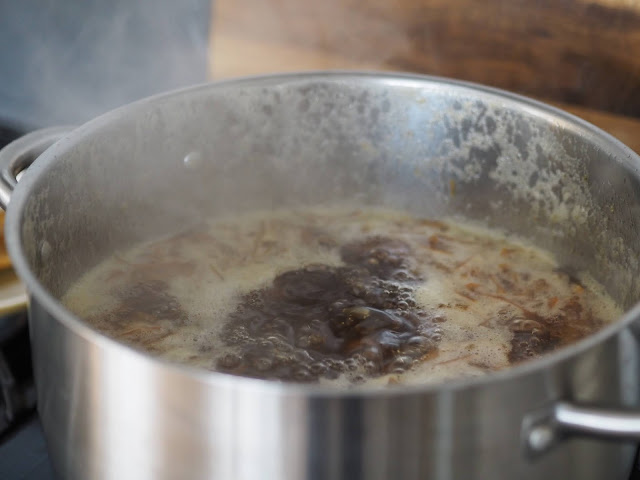 , which was given to me years ago and who's pages are now splattered and sticky with regular use, but this one is very similar. I make a double batch and even in my biggest stock pot the boiling situation has to be closely monitored otherwise you have burnt oranges and sugar stuck to your hob like glue. I know this from experience. But the sight of twelve jars of golden orange preserve, lined up and glowing on the kitchen windowsill, makes me very happy and always feels like a promise of future sunshine in a jam jar. 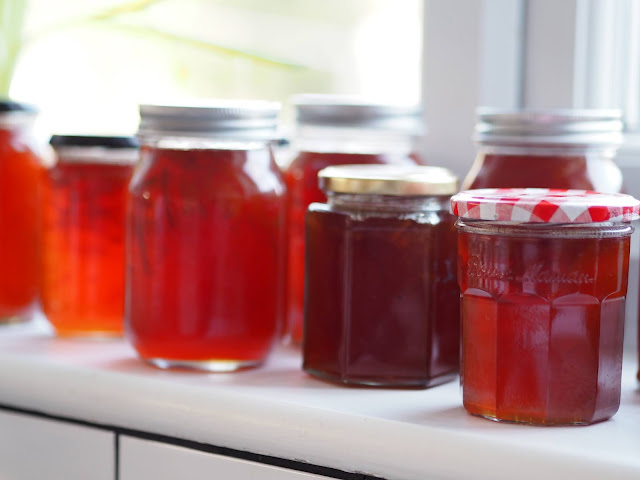 Labeling them with gold Dymo tape just adds to the fun. 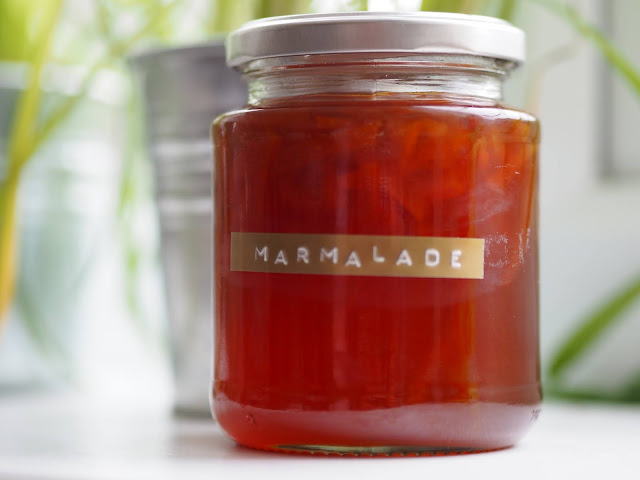 Imagine, then, my excitement when I spotted paper-wrapped Seville oranges in Waitrose yesterday! Like giant boiled sweets, waiting to be unpeeled. I'd already made my marmalade last weekend, but bought a few for their juice and zest so that I could make Nigel Slater's marmalade cake, another January tradition. 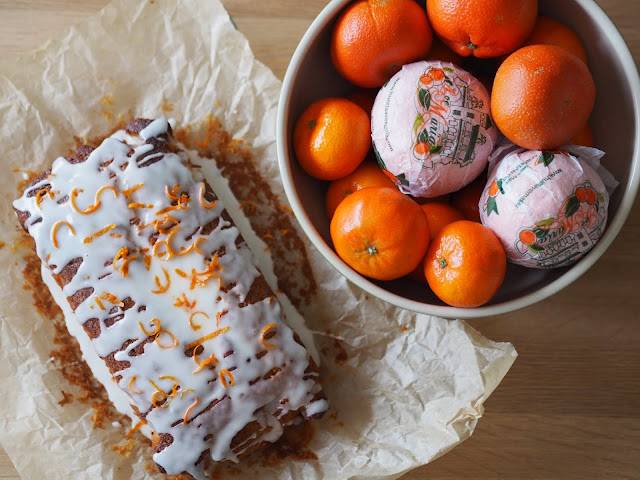 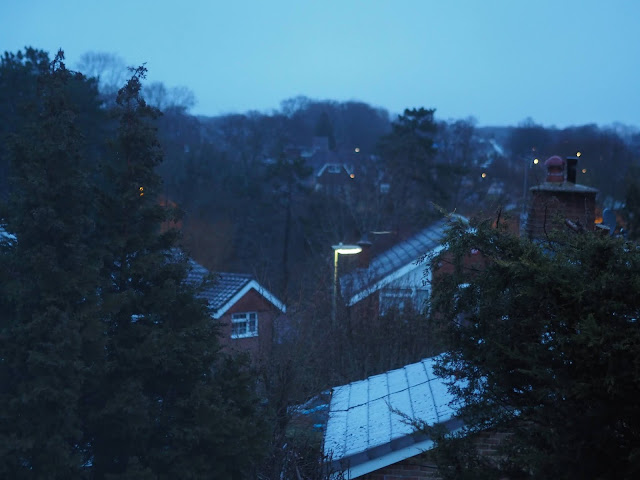 Not very impressive. Despite the snow flurries it didn't settle and soon turned to icy sleet, and then rain, which stayed for the rest of the week. 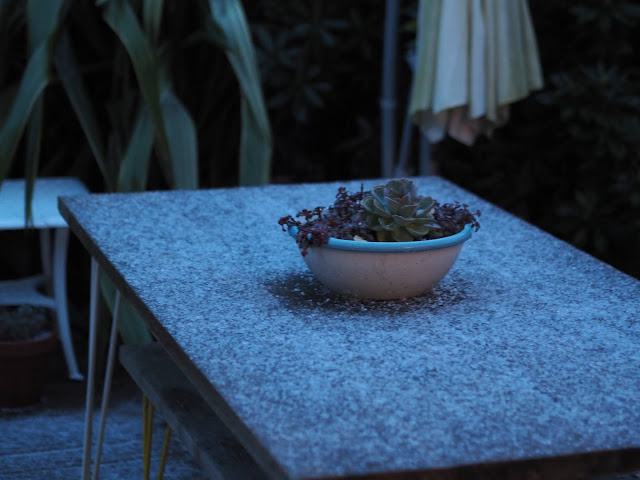 We have, however, had some spectacular hard frosts, where everything is crunchy underfoot and my waterlogged succulent bowl on the outside table froze completely solid. 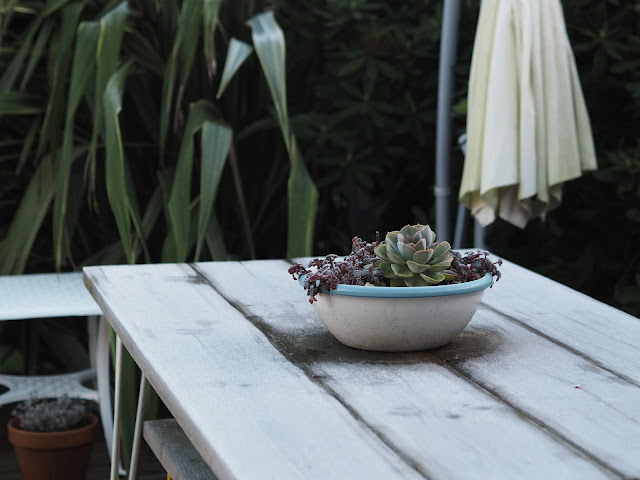 When it's this frosty, you can often see the sun melting the ice crystals on the fence and watch the steam rising from it. 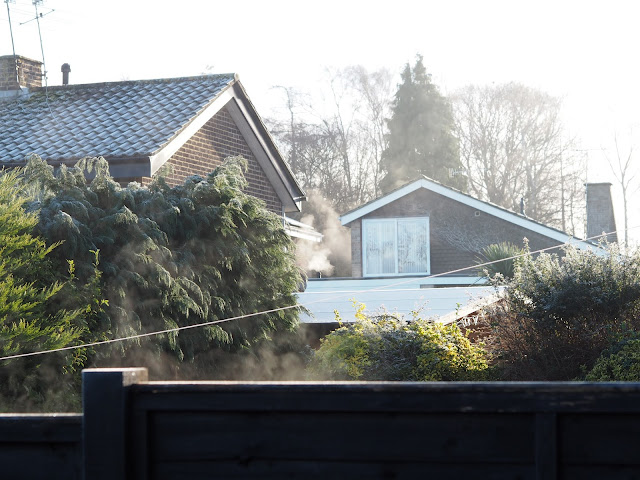 Those crisp blue skied winter days are wonderful though - they make such a huge difference to my mood, energy levels and productivity. 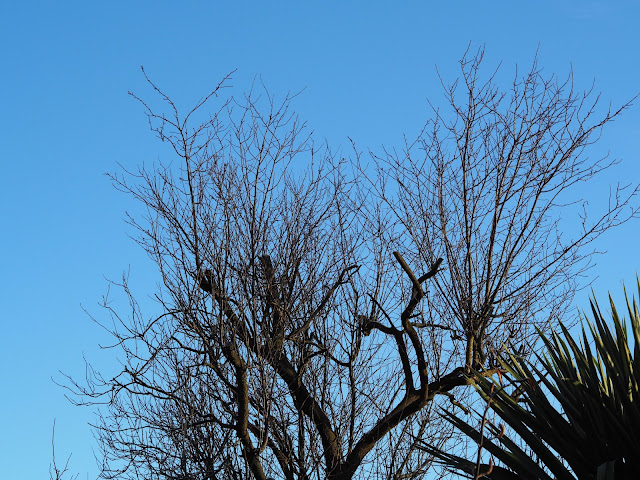 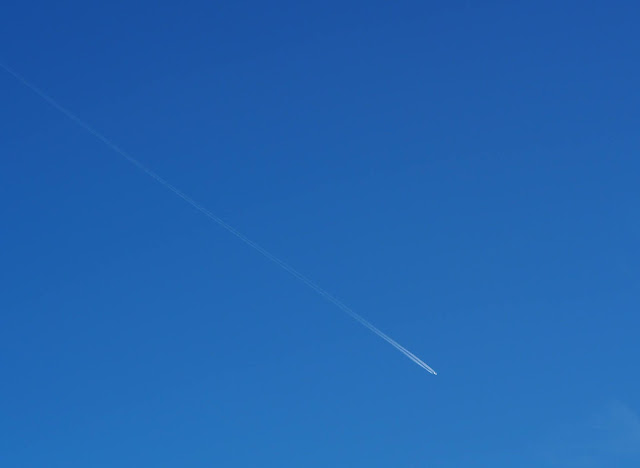 Sourdough bread making continues weekly. I am trying to improve my scoring, so that the pattern I draw with a razor before the bread goes into the oven is still there when I take it out. Sometimes I get it right, sometimes it just just creates its own as it rises in the oven. It's always fun to see what it looks like. I use this recipe for my sourdough. 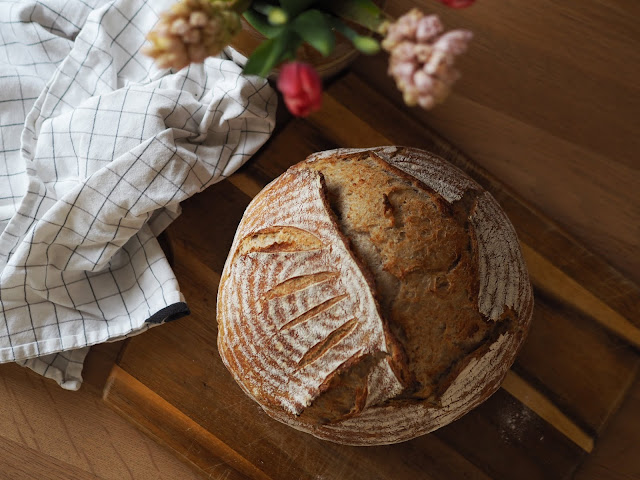 There is some creativity outside of the kitchen, although not much time for it at the moment. I have been between crochet projects for a while so have picked up my patchwork quilt and been working on this in the evenings in front of the TV.  I have created a corner and feel like I'm starting to get a sense of how it will look, although I don't think it's even a quarter big enough yet. Angus asked me this week when it would be finished. In a couple of years, I told him. I think it's important to be realistic..... 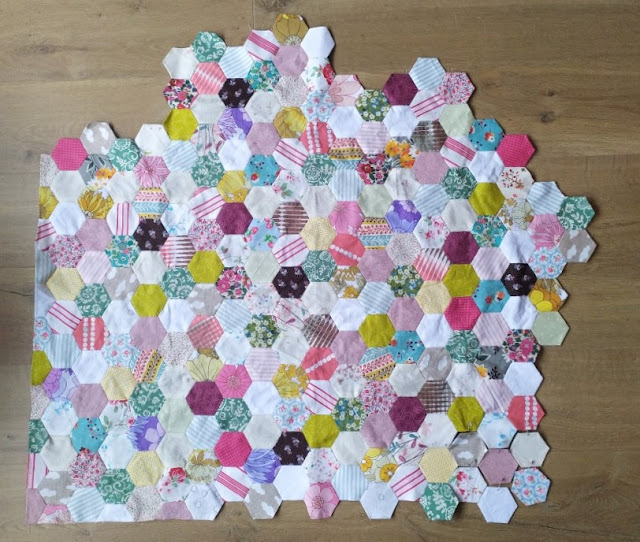 I have just received delivery of the yarn I need to make this jumper, in mustard yellow and I'm looking forward to starting that. I've also discovered this crochet designer and really want to make this jumper or perhaps this one, which is very similar but with a more slouchy, oversized fit. Finally it feels like designers are producing patterns for crochet clothes that aren't overly fussy and lacy, but are actually wearable and it seems that handmade woolen clothes are no longer the domain of the knitter. 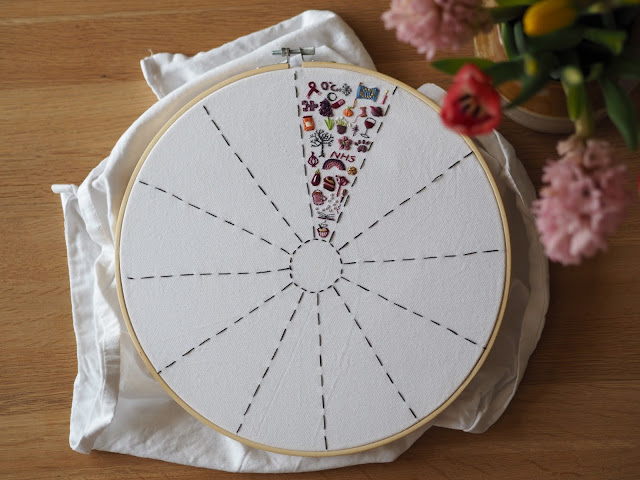 There is just one more thing I've started, perhaps a little ambitiously - a stitch a day project. This 12 " embroidery hoop has been divided into the months of the year and will filled as the year goes by. 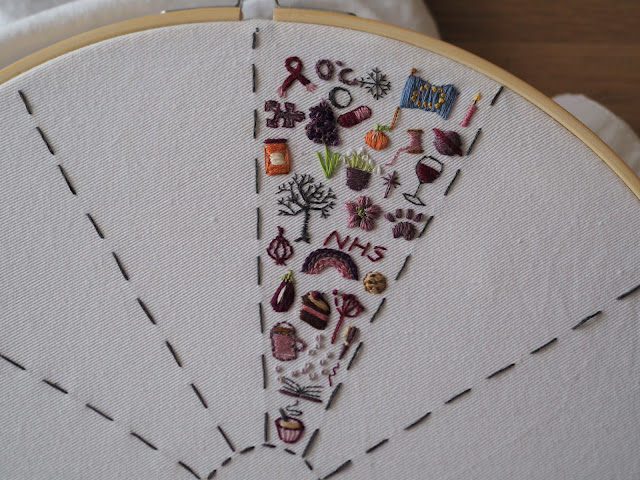 Sometimes I sew it on the day but more often I keep a list of things I want to rememeber on my phone and sew seven at the weekend. It is a mixture of seasonal, topical and personal, just things that are happening in my life at the moment. I remembered how good some daily crafting was for my mental health in the first lockdown, and so tried to find something more achievable that I could do on a regular basis. 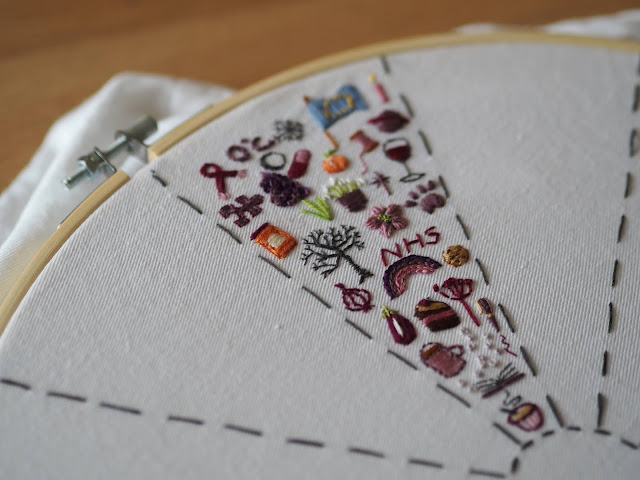 The biggest challenge with the sewing is the size of each motif. They are mostly under 1 cm in length and so quite fiddly and it is hard to very precise or tidy with the stitches sometimes. I am also following a gentle colour wheel as the months progress, so that the first two months of the year will be purple, the next two blue, then green etc.
*
School has been extremely busy for the last four weeks and now I have two weeks "off". When I say off, I mean two weeks of university lectures and seminars, which all have to be delivered via Zoom and Teams and recorded powerpoint sessions, and then for fun I have a 4000 assignment to write which is due in over half term. It's all go here. I'll leave you with a picture of a rainbow: sometimes, with the vaccinations and knowledge that spring will come, I think it is ok to allow in some feelings of hope. 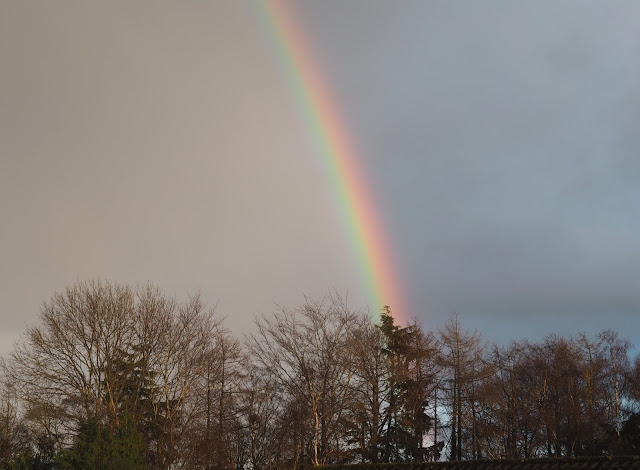