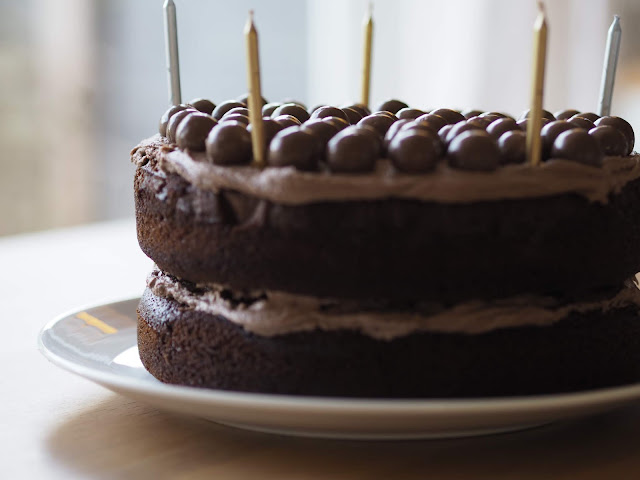 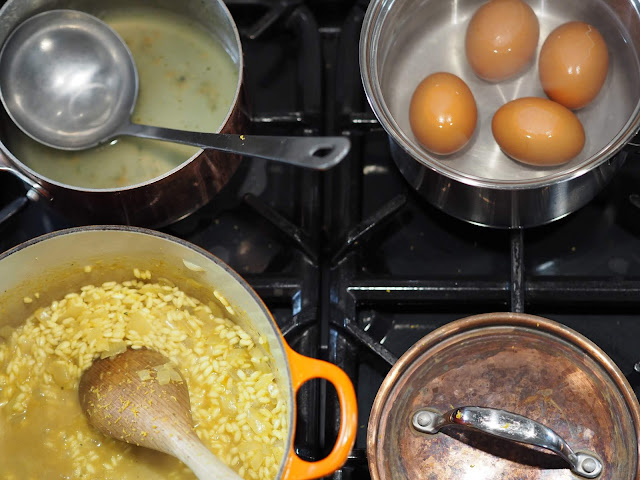 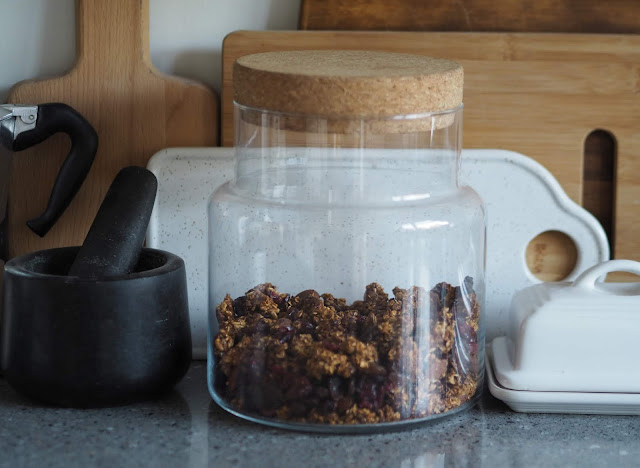 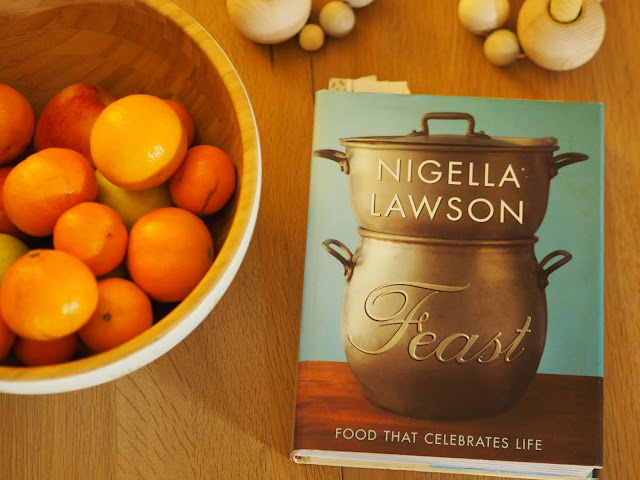 In hindsight, this was perhaps not the best book to choose for a Cookery Calendar Challenge post, in that the title is "Feast", not "Easy Dinners That Will Take No Time To Prepare And Everyone Will Eat". It's a wonderful book but, as the title suggests, one for special occasions rather than everyday cooking. Beginning with a huge "Christmas and Thanksgiving" chapter, is goes through the seasons and different holidays, covering specific occasions like Valentines Day, Easter, Passover and Halloween, as well as more general chapters around hosting parties, cooking for children and baking. The "Chocolate Cake Hall of Fame" chapter is, like the title suggests, full of different chocolate cake recipes and home to the wonderful chocolate gingerbread (don't knock it till you've tried it) that my mum makes so well whenever a birthday cake is called for.

It was from this chapter that I took the recipe for Chocolate Malteser Cake, which I baked for my mum's recent birthday celebration. It's a fairly standard chocolate cake but contains Horlicks (although I used Ovaltine as that's what I had) in the batter and icing to give that malty flavour which I love so much. 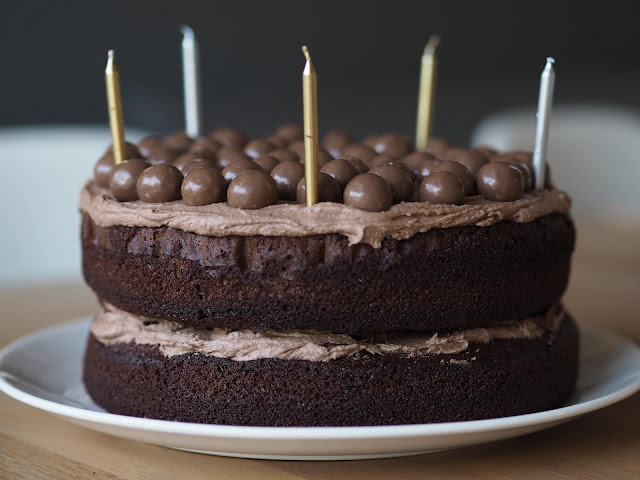 It got off to a sticky start because I didn't have quite the right size circular baking tins, so I put it all in one larger tin and baked it for longer. Then, when I looked at it, I saw that there was no way it would feed 12 and so baked another one to go on top. 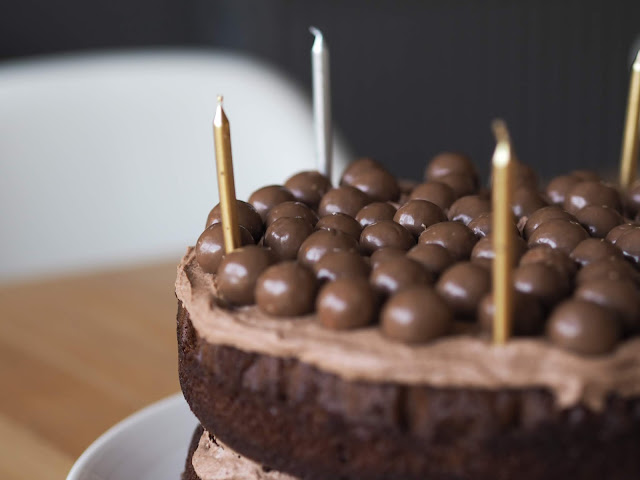 It was definitely fudgy in the middle. I'm not much good at chocolate cake, either overcooking them to the point of throat-catching dryness, or presenting something sticky as a brownie, and I've yet to find that perfect, fail-safe uber chocolate cake recipe. Anyway, it was well received and kids will eat anything chocolatey so I think I got away with it.

Next, "Andy's Fairfield Granola". I love making granola because it seems to me that you get quite a large amount of domestic satisfaction for quite a small amount of work, and that pleases me no end. 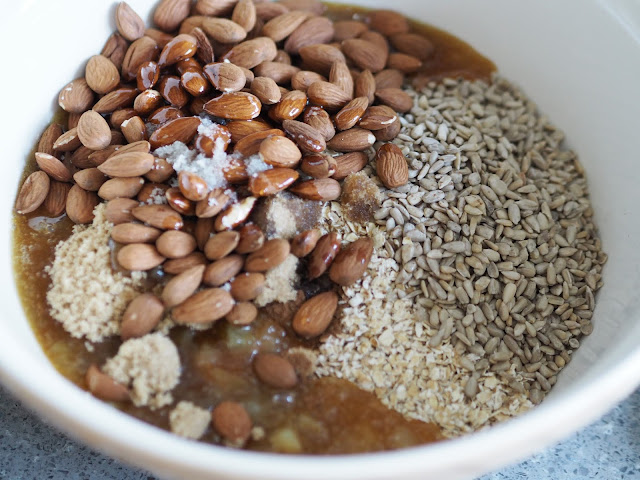 You mix the dry ingredients (oats, seeds, nuts, spices) with the wet (oil, sugar, honey and apple sauce), then spread out on a couple of trays before baking for 30-40 minutes, turning around the mixture every now and then so it's evenly browned. 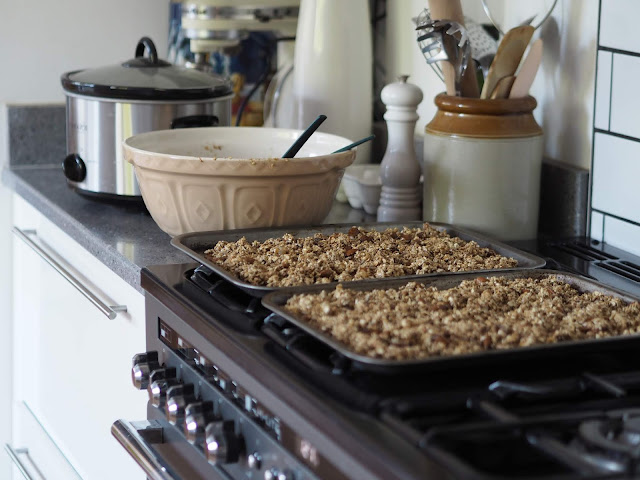 Some time after putting this granola in the oven, I remembered that thinking that you've set the timer is not the same as actually setting it, and I opened the oven door to something a lot browner than I wanted. There was smoke and swearing, and I was about to chuck the whole lot in the bin, but some of it was salvageable. 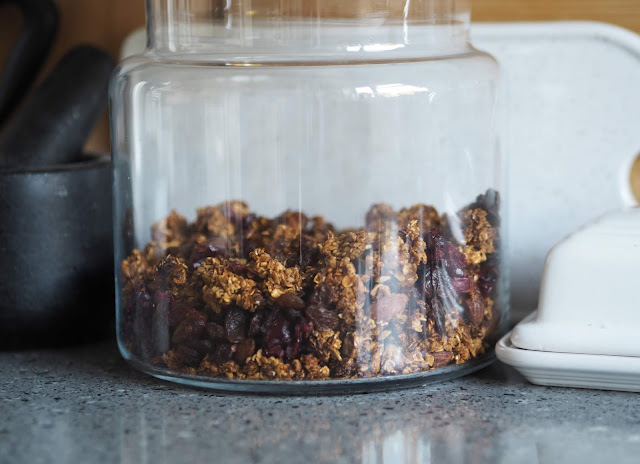 When it's cool you add the dried fruit (a mixture of sultanas and cranberries as that's what I had open in the cupboard) then store in an airtight container. It's absolutely delicious, I have to say, and no worse for being a little overly browned, although it's quite a bit sweeter than my usual recipes. I thought the addition of apple sauce was a bit odd, but you can absolutely taste it, and it goes so well with the ginger and cinnamon spices.

I struggled to find budget friendly, straightforward dinners in this book, but did really want to try kedgeree risotto, since we love haddock, eggs, curry and risotto. I had high hopes. 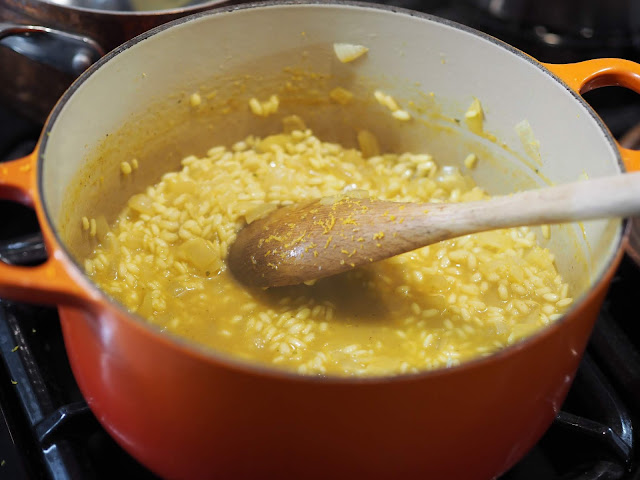 The risotto is fairly standard, except that you add the cumin, coriander and turmeric while the rice and onion are cooking at the start, before adding the stock and liquid that the haddock was poached in. When it's ready you add a knob of butter and a little lemon juice, before scattering on the boiled eggs and some chopped parsley. 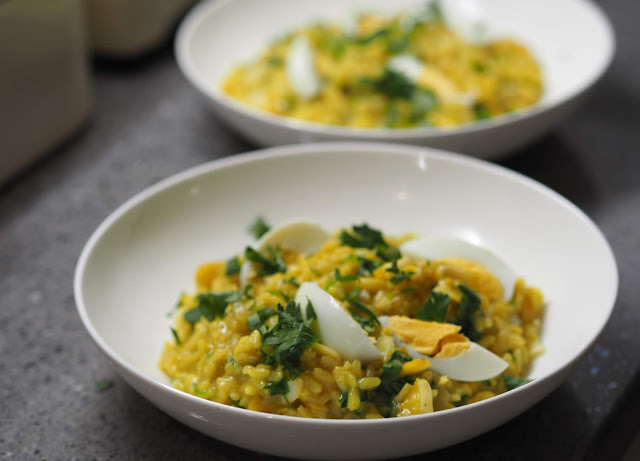 I know, it sounds delicious, doesn't it? But something about this just didn't work for John and I, with the blending of Anglo-Indian and Italian cooking, and it fell a bit flat. 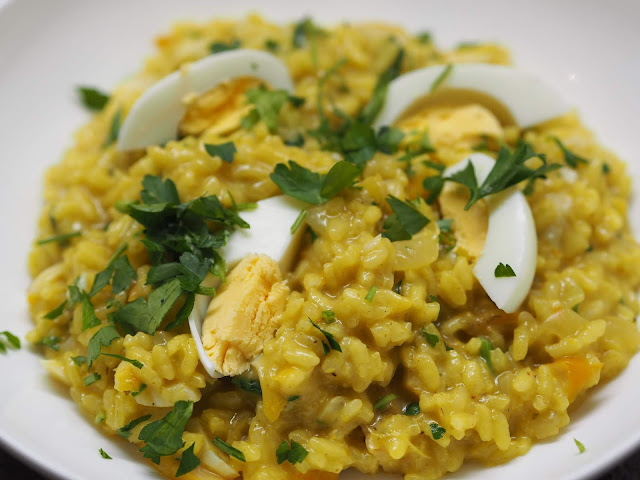 Don't get me wrong, we ate it, but I think I'd rather have a normal kedgeree next time, and then risotto separately.

That's as far as I got. I was going to try a chicken and sausage tray bake, a potato gratin, and chilli-cinnamon chocolate pudding (actually, I may still cook that one) but time just ran away with me as it does so much lately. I have asked for a few cookery books for Christmas though, so hopefully I'll have a bit more time and inspiration to cook some more over the Christmas holidays.