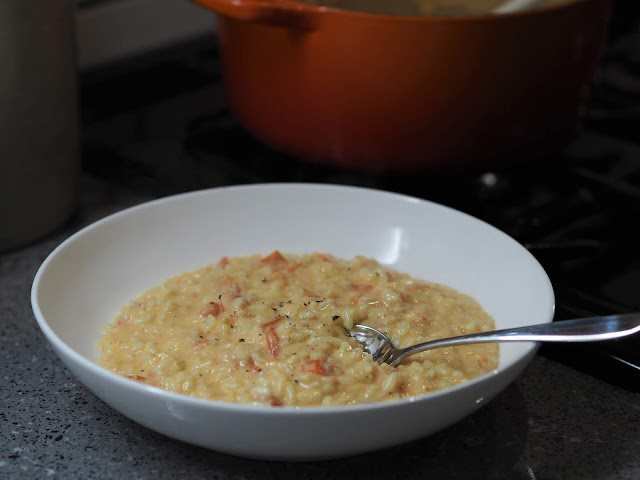 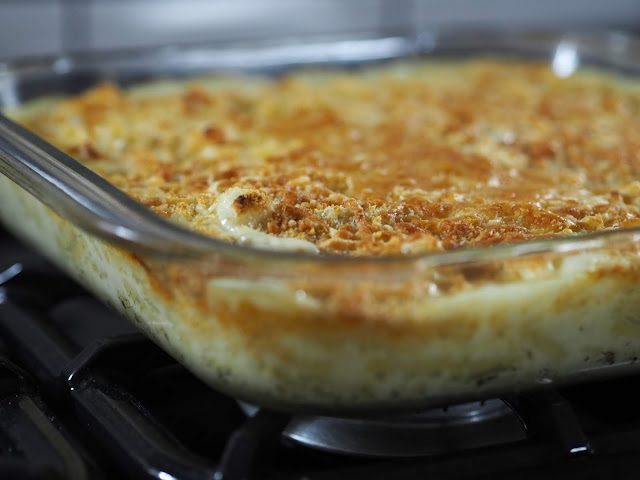 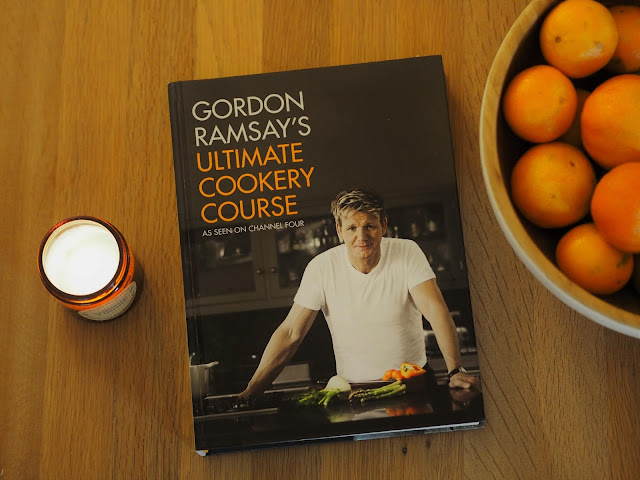 This is the comfort food edition, in which I show you lots of photos of baked carbs taken in electric light and try to persuade you how delicious it all was, and it really was.

My book this month is Gordon Ramsay's Ultimate Cookery Course

. You'd be right in thinking it's not my usual taste, but it's a book John really rates and cooks from a lot. He got the book heavily discounted somewhere, possibly when he still worked in a bookshop years ago, and he likes it a lot and persuaded me to have another look at it. Favourite recipes include Easy Bollito Misto, which is a wonderful sausage and lentil dish, Pork and Prawn Meatballs in Aromatic Broth (amazing when you have a cold) and Sichuan Dan Dan Noodles, a spicy stir fry made with minced pork which we cooked so often that it became a weeknight staple, to the point where I was almost bored with it. The book itself is quite a comprehensive overview of cooking, with chapters dedicated to "Basic Skills" and "Classics with a Twist" but the chapters we go to again and again are "Spices", "Good Food for Less" and "Cooking in Advance". 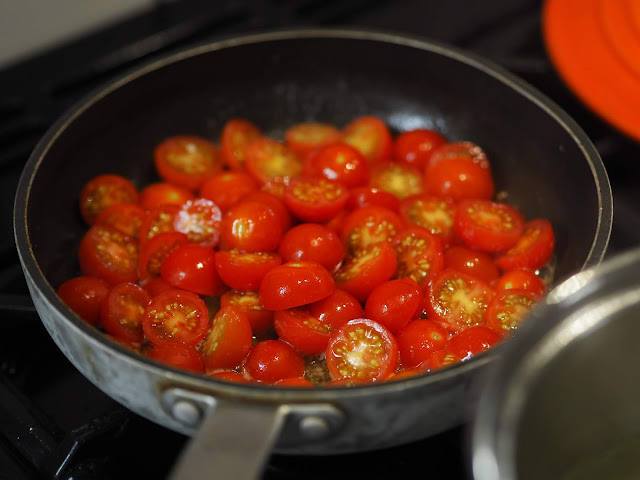 We decided to try some new dishes in October, and started with Tomato Risotto. You begin the basic risotto, cooking the rice in stock, and while that's cooking saute lots of halved cherry tomatoes in some butter until they are collapsing juicily. 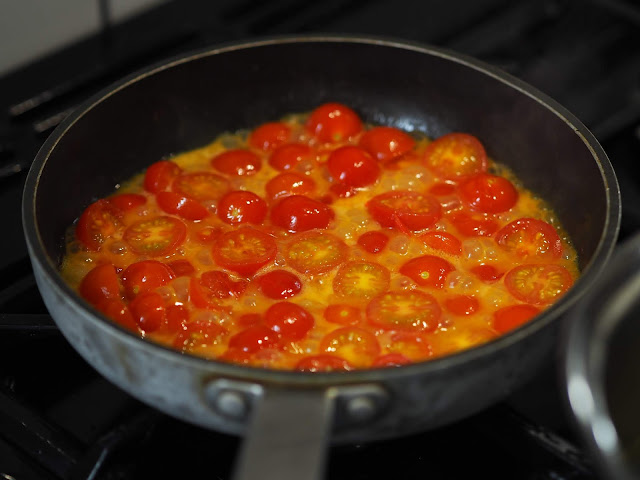 You tip the tomatoes into the cooked rice, and add marscapone and grated parmesan before giving it all a good stir. 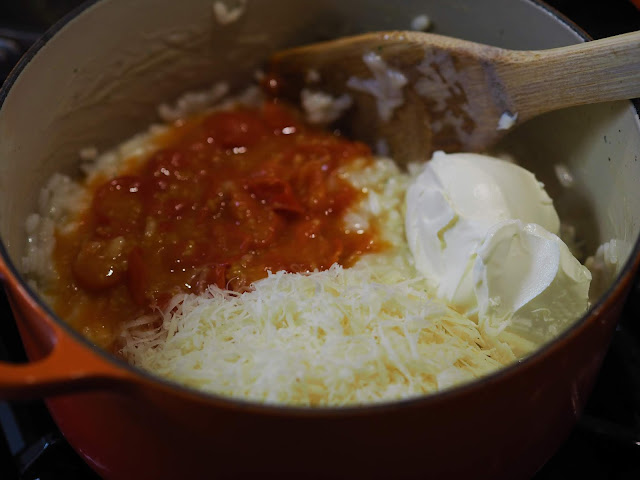 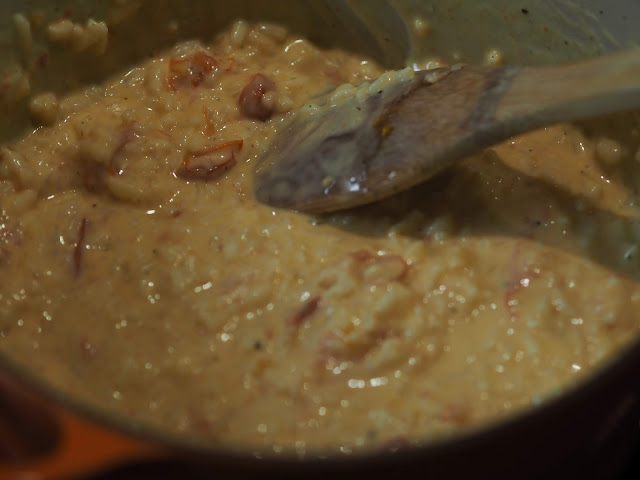 I've never added marscapone to a risotto before, and it was heavenly. Don't be fooled by the insipid colour of this dish - the tomato flavour was through the roof. 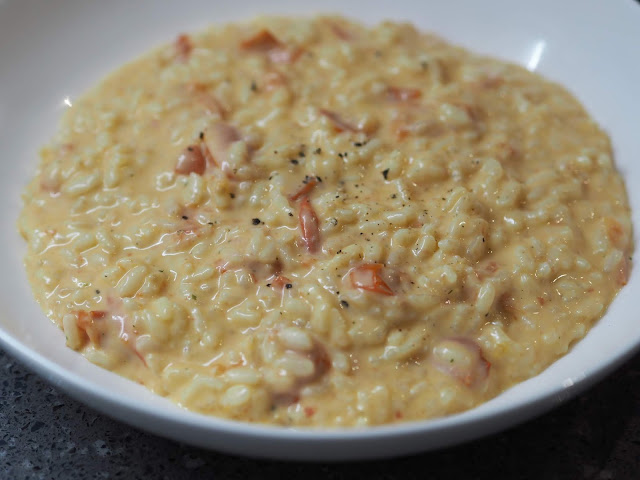 Next we tried Farfalle with Ricotta, Pancetta and Peas. I've got to be honest here - I chose this because I knew it would be an easy weeknight dinner that everyone would eat, and it was. 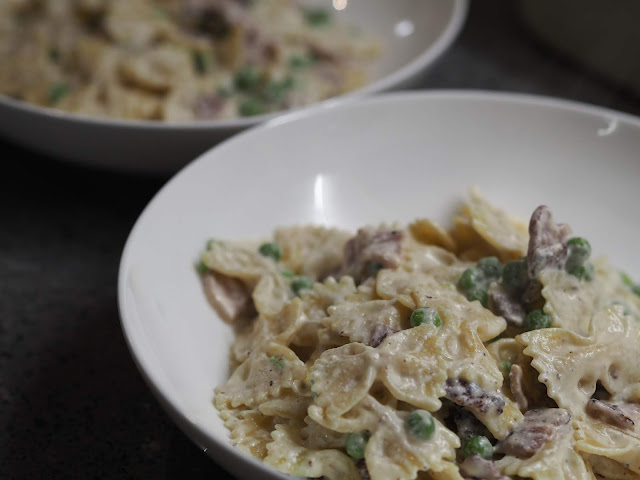 It couldn't be easier: cook the pasta, fry the pancetta, then tip the drained, cooked pasta and peas into the pancetta pan, adding the ricotta and some creme fraiche. Stir it all through and that's it. The best kind of cheap and easy dinner. 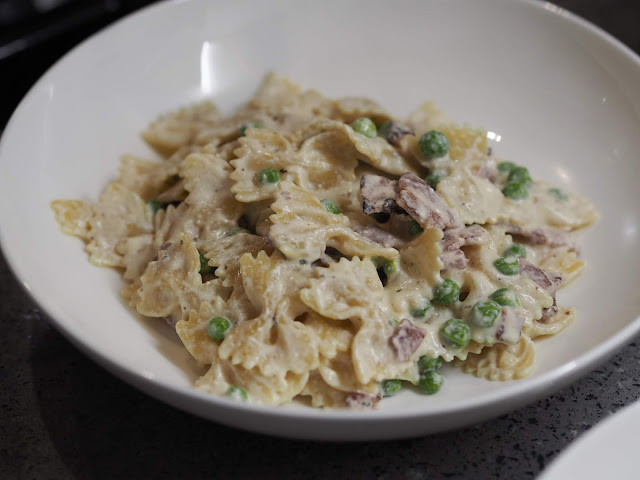 Finally, more pasta in the form of Macaroni and Cauliflower Bake with Three Cheeses. Now, I have to admit, I make my own version of this a lot, adding broccoli too, and baking it in the oven with breadcrumbs and cheese on top. Everyone likes it, it's easy and cheap and filling. But I was keen to see if the addition of three cheeses really made any difference. 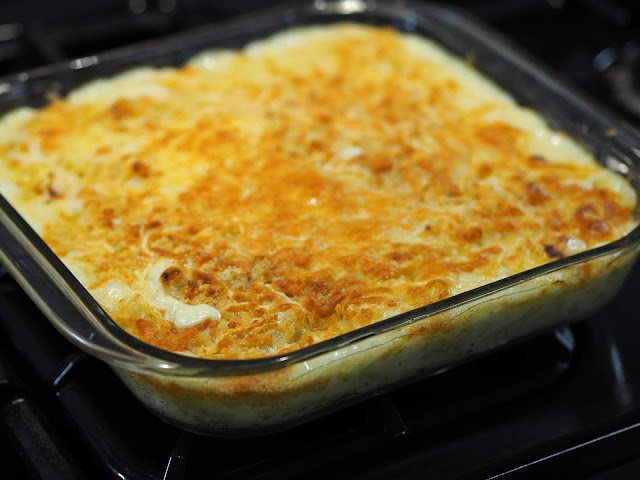 I always use extra mature cheddar, with the reasoning that you don't need as much mature cheddar as mild to get the flavour, and if I'm going to have a meal made with cheese then I want to be able to taste it. This recipe uses cheddar, Lancashire and Cheshire in equal amounts. It was very nice, but I couldn't in all honesty taste the other cheeses in the sauce, but I did enjoy eating them in sandwiches with chutney. 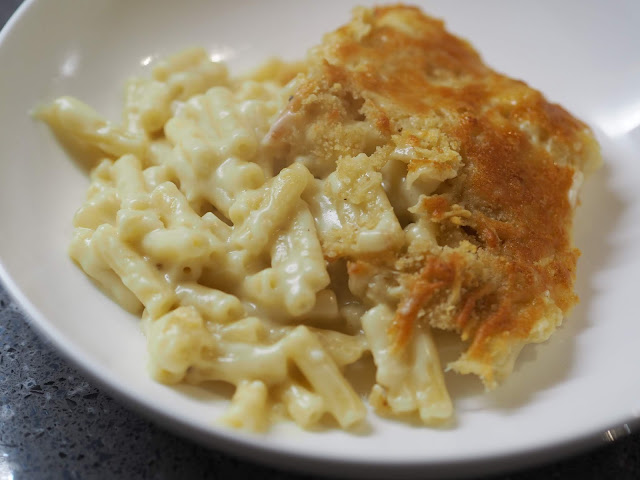 Finally Blondies, which we have made so often that the book falls open at that splattered page. I just wanted a reason to make a batch, really. They are so easy and tasty, I often make them if baking is required for something at work as they do go down very well. They are just brownies really, but made with white chocolate and cranberries and I prefer them, not being a fan of a very chocolatey brownie myself. 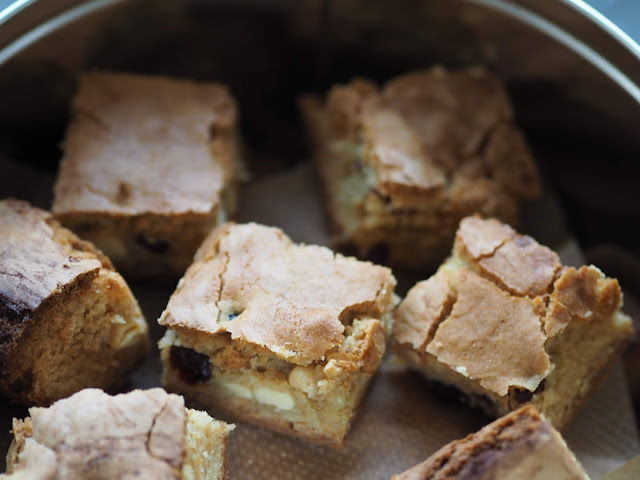 If you search "Gordon Ramsay Blondies" lots of links to the recipe come up. They are really, really good.

I want to say that November's book will be more interesting, more colourful and contain more vegetables, but if it carries on raining like this, and if life continues to be this relentlessly busy, then I'll continue to cook cheesy pasta dishes which I can do in my sleep and everyone will eat. And I'll be happy. I'll just make sure we eat a lot of oranges too.
Posted by Gillian Roe at Tuesday, November 12, 2019