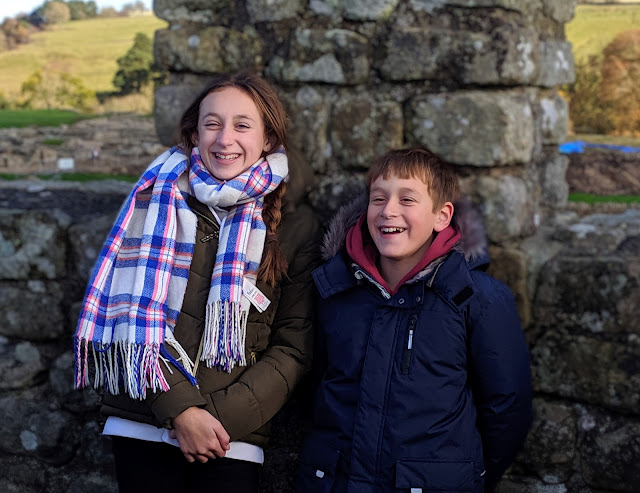 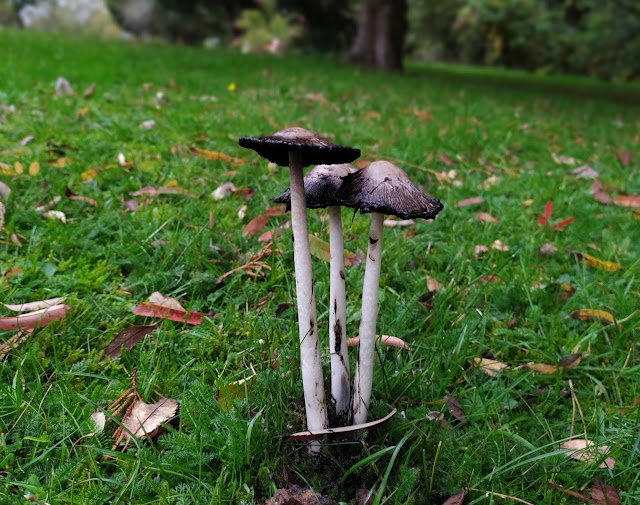 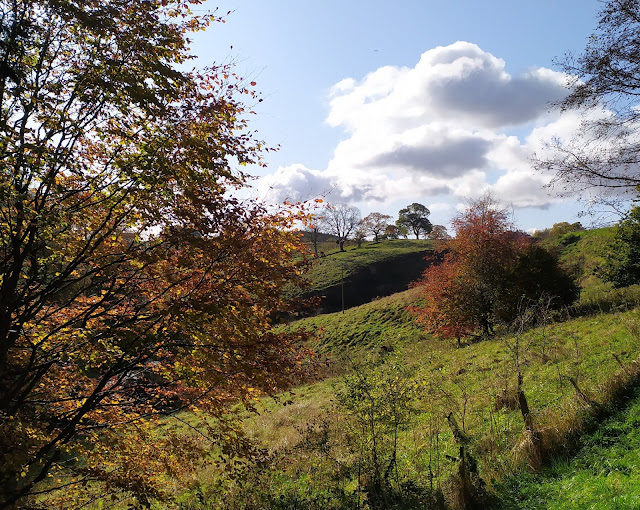 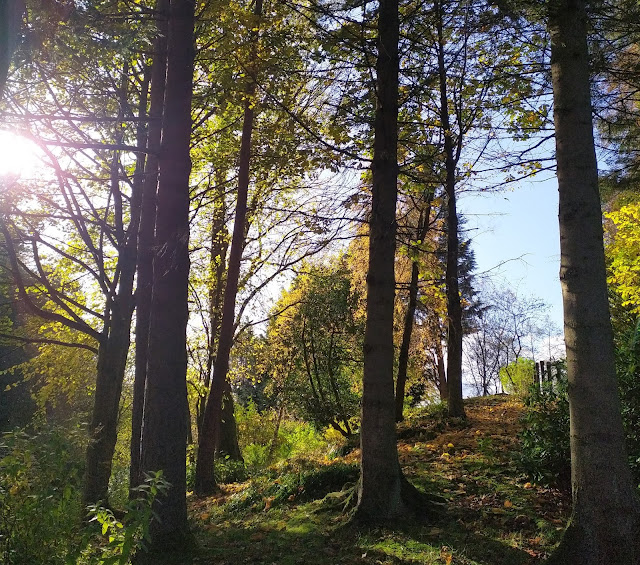 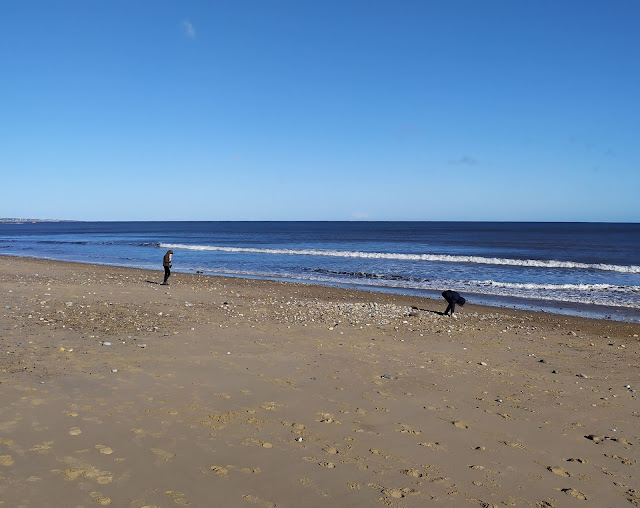 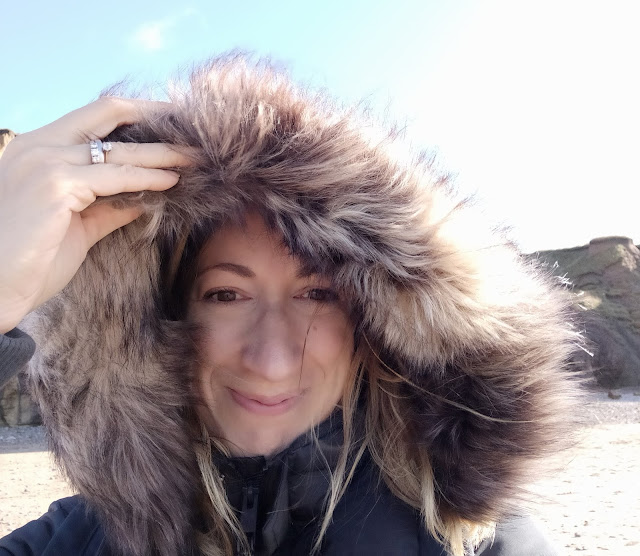 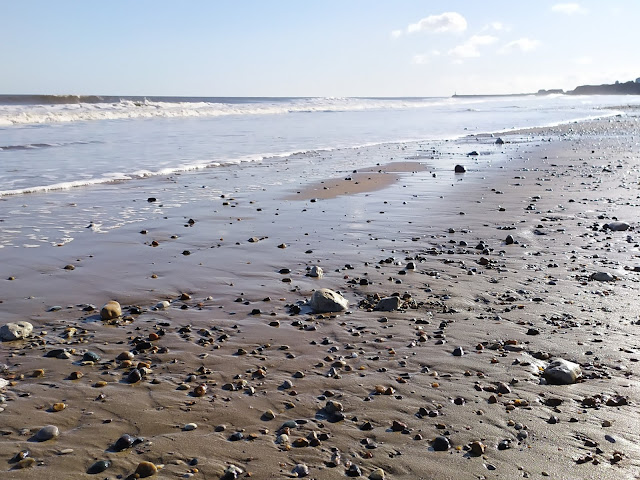 Half way through the half term break, and this is what we've been up to: 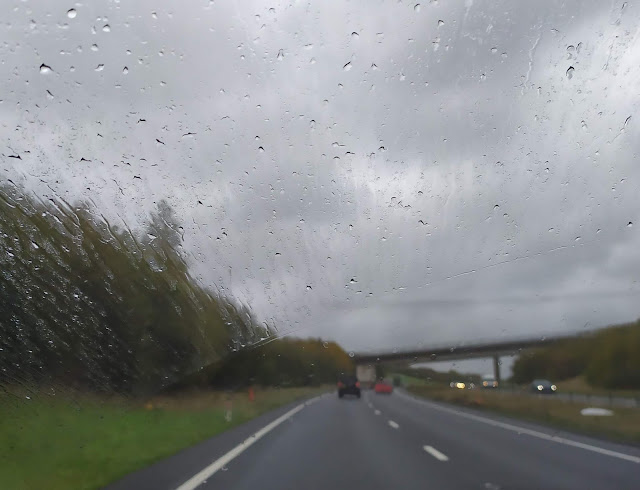 We drove six hours north, to Durham. The weather was vile and I was full of cold but we listened to podcasts and Graceland on the way. 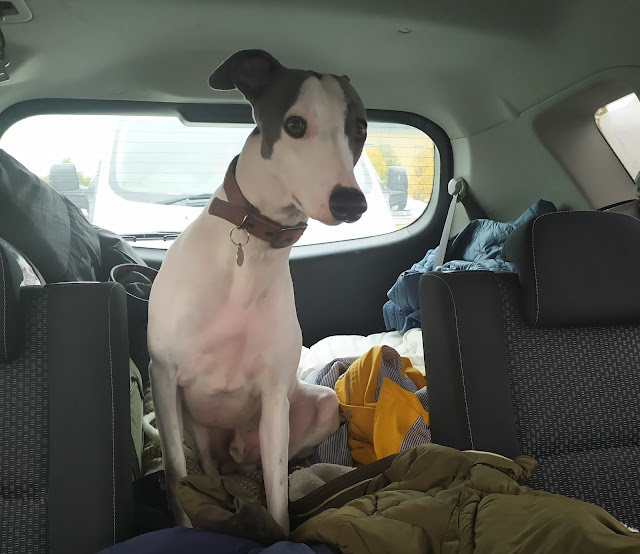 This one came with us, enjoying most of the space in the boot and building a nest from our coats while we all sat on our bags and talked about how we need to buy a top box. 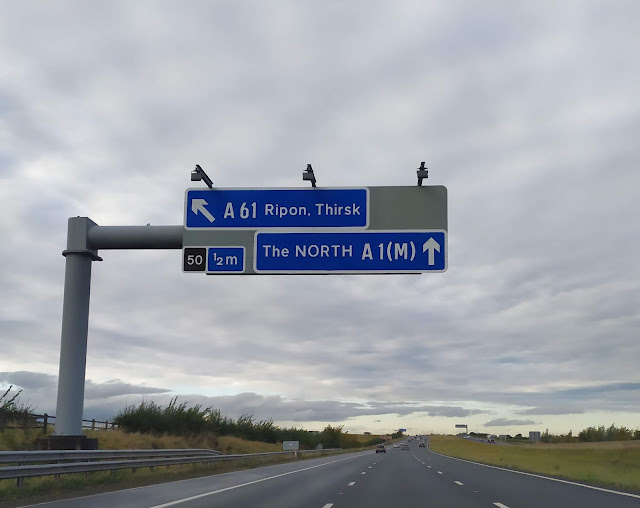 As we drove further north the sky cleared and it suddenly got so much colder. When we left home on Saturday morning is was an overcast, wet and windy 17°C. When we got out of the car at Leicester for a break, is was just as wet and windy but 6°C. My fingers were pink and stinging while I took Ziggy for a walk, and he was having none of it. I've never seen him jump back into the boot so quickly. 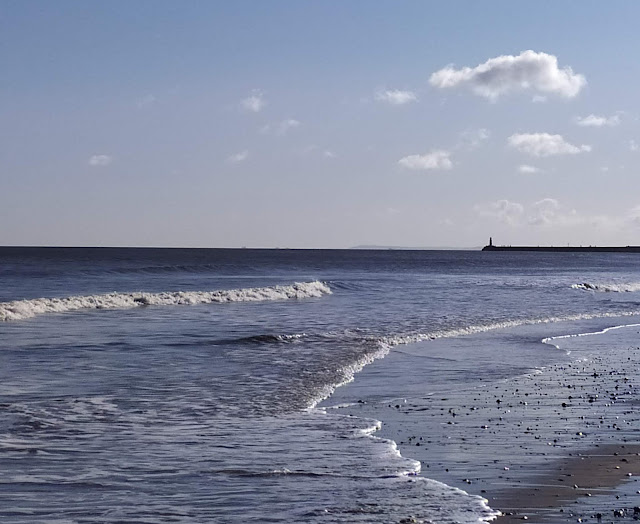 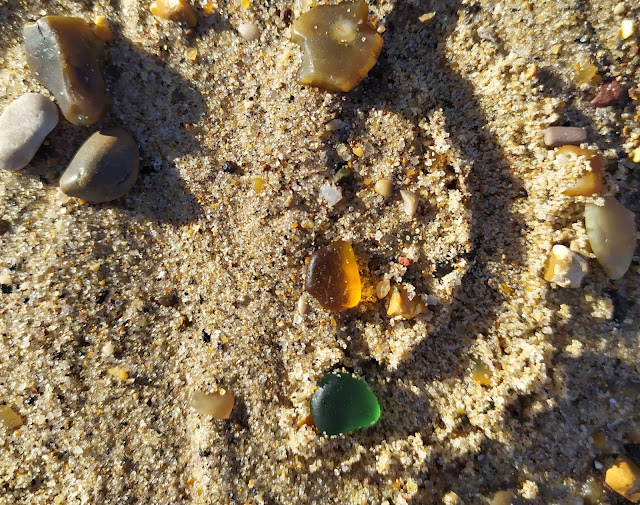 On Sunday we visited Seaham beach for fresh air, a chance to let Ziggy off the lead for a good run and, oh ok, the sea glass. 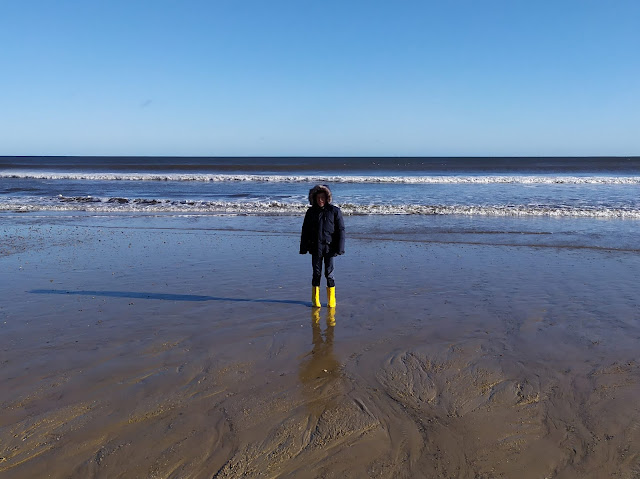 This one managed to fill both his wellies completely with sea water within two minutes of arriving at the beach. I had to take him back up to the car and instruct him to dry his feet with the old tea towel we keep in the boot for muddy paws, give him my socks and put his trainers on. His welly boots are still damp. 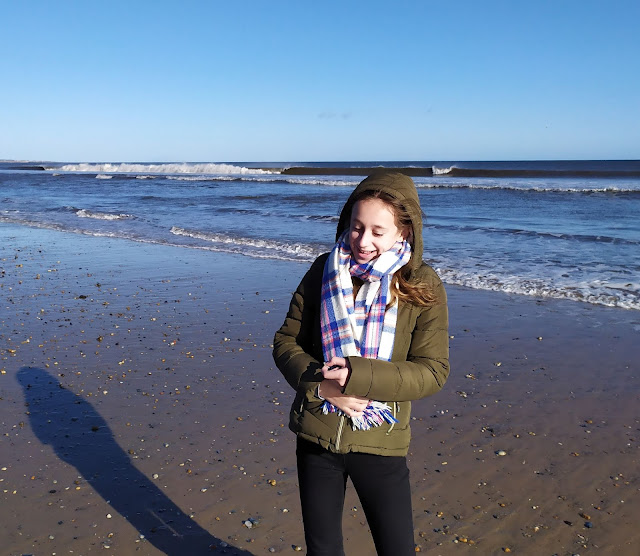 I don't know if it was because we were so much further north, or the bitterly cold wind, or I was unused to the rare sight of the sun after weeks of rain, but the quality of light suddenly seemed very different; bluer, brighter, and with longer shadows, almost wintry. 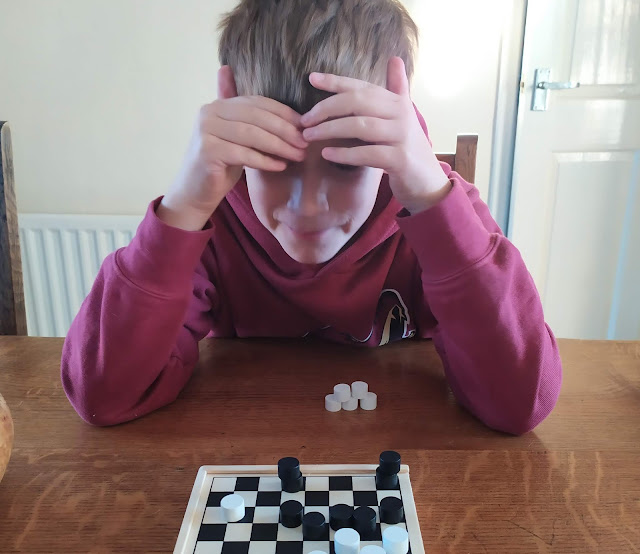 Angus spent some of his pocket money on a small draughts and chess set and spent a lot of time playing with Bella, or anyone brave enough. 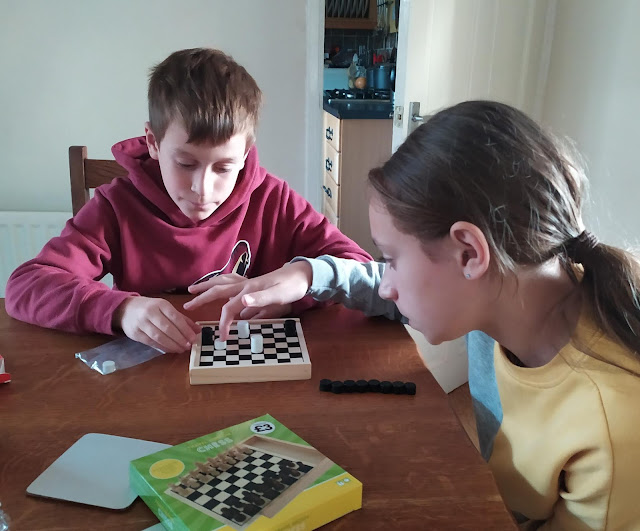 He's a draughts ninja, swift, silent and deadly. Don't worry though, I can beat him at Guess Who. 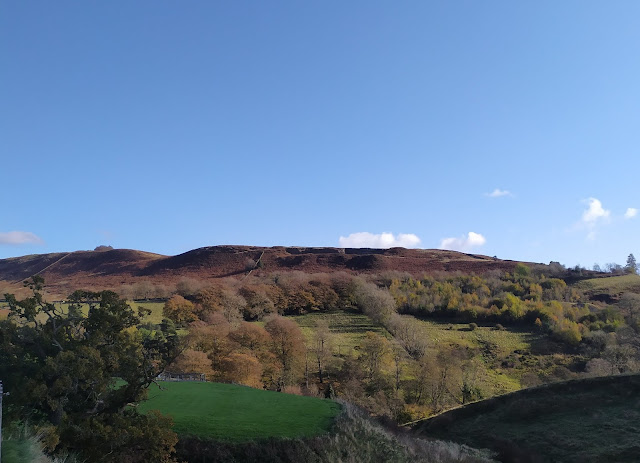 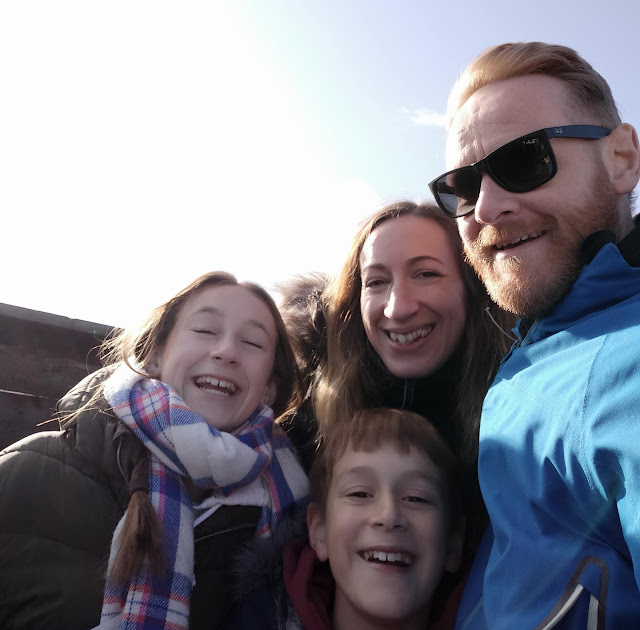 We left the dog with John's parents on Monday and drove up to Vindolanda in Northumberland. Based near Hadrian's Wall, it was a Roman fort and village which is now ruins and a museum. (Dog's aren't allowed as it's an active archaeological dig site.) 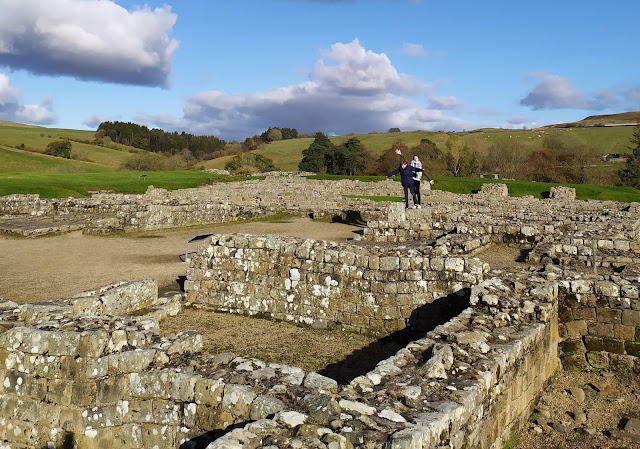 It's well worth a visit. The approach to history is imaginative, accessible and informative. 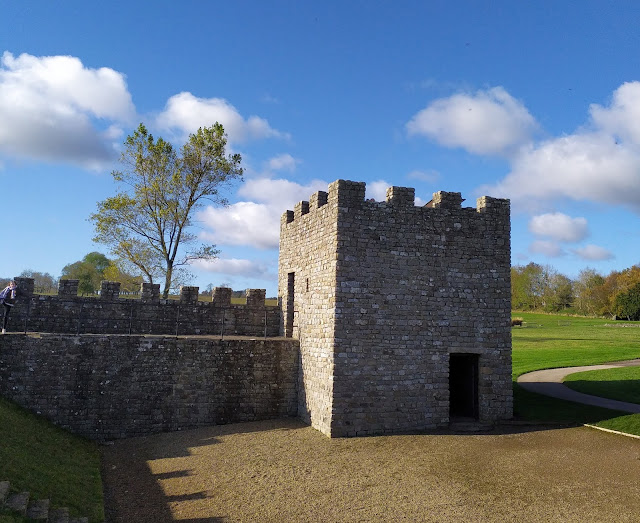 Parts of the wall, like above, have been recreated, while the rest of the fort is a ruin that you can walk through and over, imagining how many people have done the same over the years. 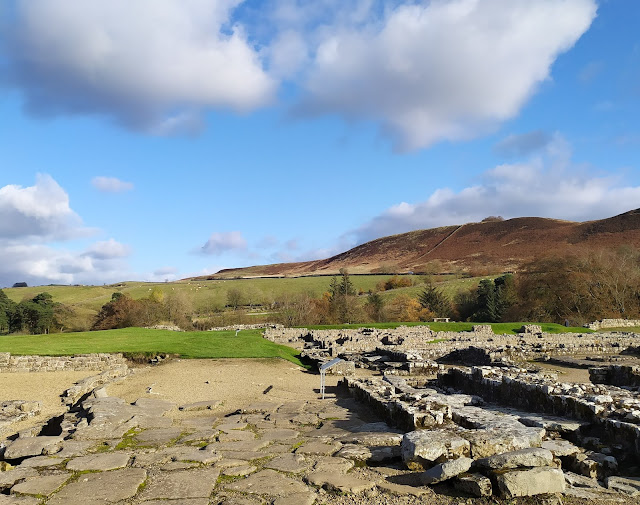 The scenery around the site is stunning, but goodness it was cold. 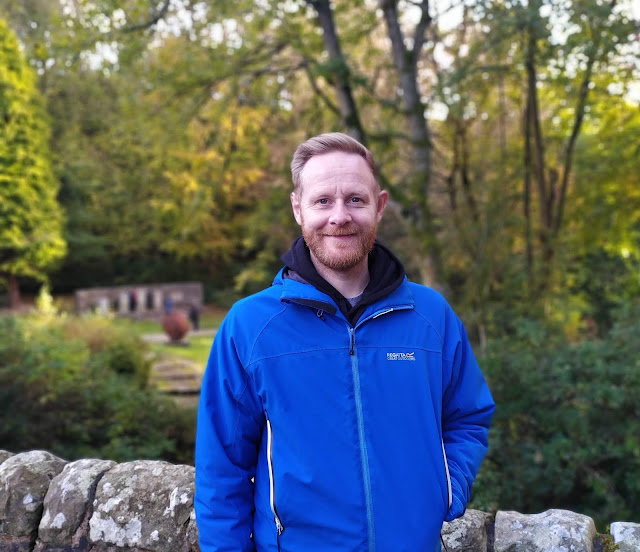 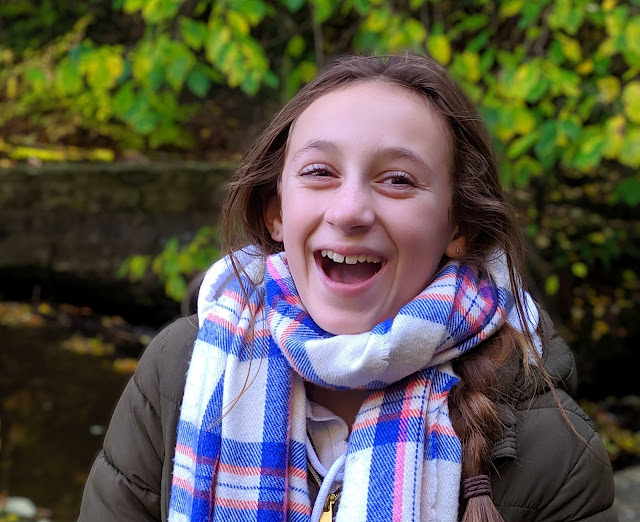 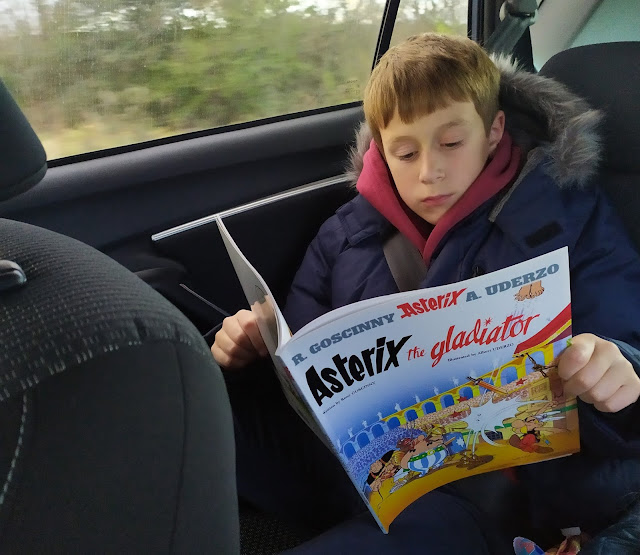 Angus discovered Asterix books this holiday. As soon as he was in the car, he was engrossed, chuckling away to himself, hand in a bag of sweets. 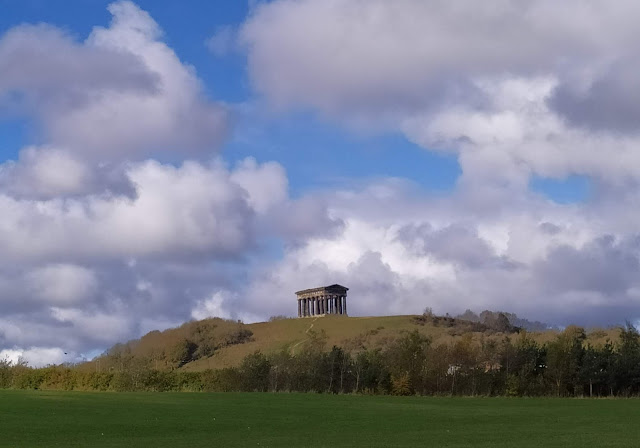 We also took the dog to lots of new places. This is Penshaw Monument you can see on the hill, a Victorian folly which you can climb to although we didn't. Another time. 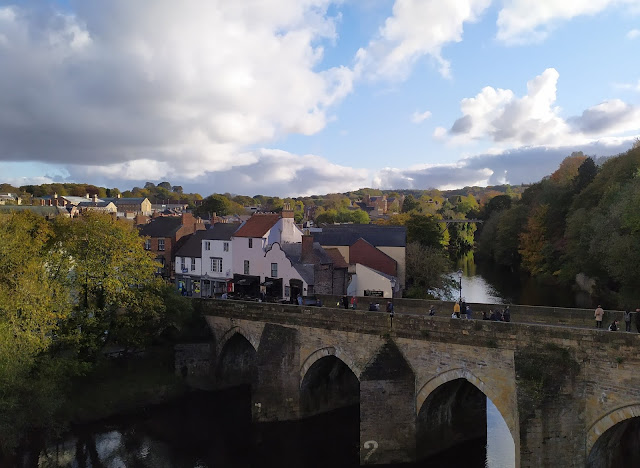 We also took a trip into Durham, the prettiest of cities, for a bit of shopping and cake. We ate a lot of cake. But it was a lovely trip all in all, despite the many hours of travelling. Lots of family time, fresh air, walking and hanging out together in an unhurried way.

Back home today and plans for the rest of half term include: clean the house, catch up on the washing and ironing mountain, bake lots of pumpkin related food, tidy the garden, chop fire wood, wash the car, admin, and a million and one other things.

And I will definitely be eating more cake.