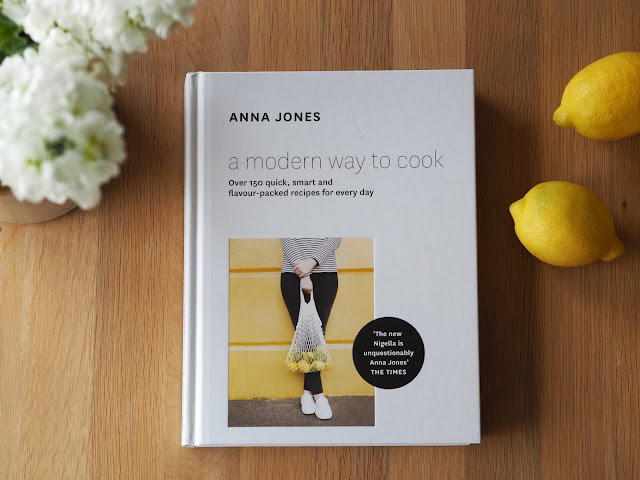 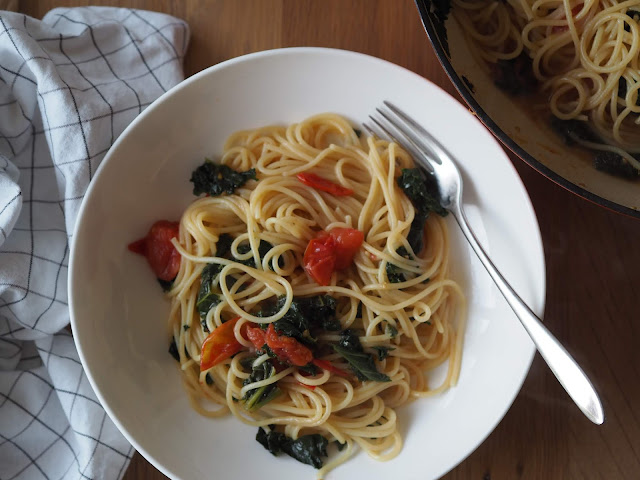 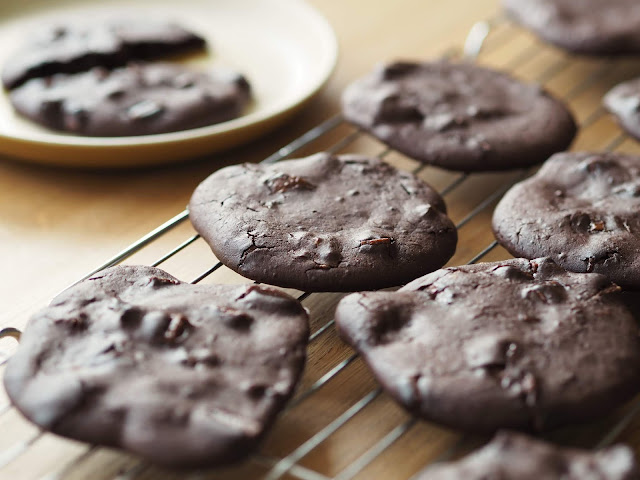 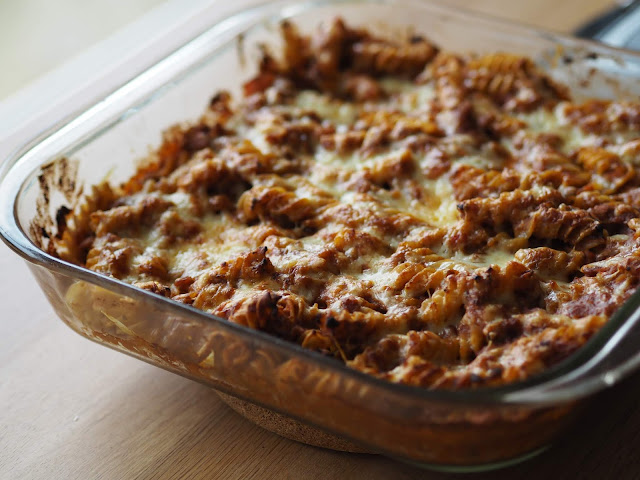 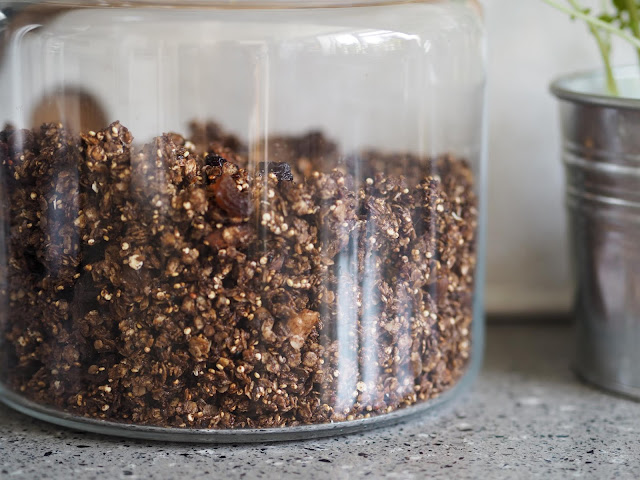 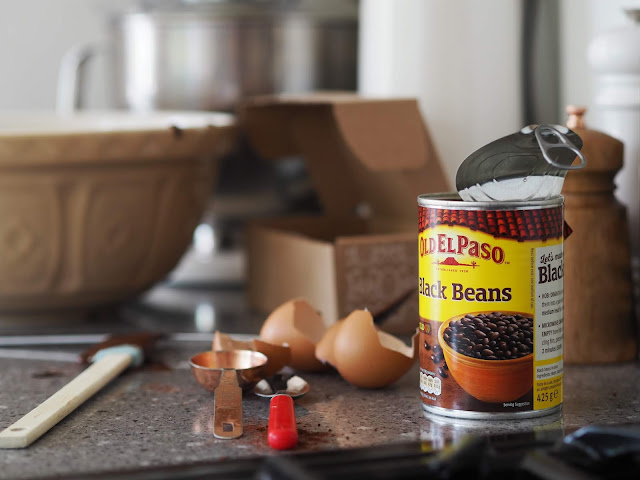 by Anna Jones, her second book, and the follow up to A Modern Way to Eat

, which I chose back in January. I love her books; her approach to vegetarian and vegan eating is passionate but ever so practical, she writes well, and her recipes always work. She is becoming one of my favourite food writers.

This book is usefully organised by time, with recipes for lunches and dinners taking fifteen, twenty, thirty, forty minutes etc, and then my favourite chapter, investment cooking, which covers the sort of cooking you do at the weekend for the week ahead: nut butters, soups, bread, pulses, cereals. Finally, chapters on breakfasts, desserts and cakes finish the book.

From the "in the time it takes to set the table" chapter, we made kale, tomato and lemon magic one-pot spaghetti. We've been making this about once a fortnight since we discovered this recipe and it's become a firm favourite here. I often add spinach if we don't have any kale, but I always have cherry tomatoes, spaghetti and lemon. 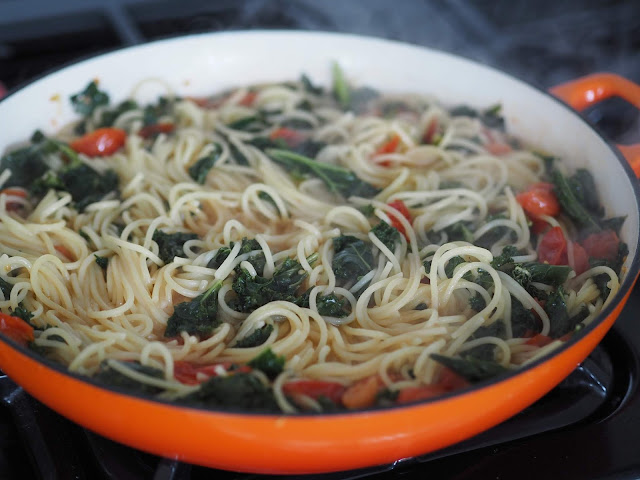 All the ingredients are assembled in a large, shallow pan and simmered for as long as it takes for the pasta to cook, while the olive oil, lemon zest, tomatoes and salt all mingle with the spaghetti cooking liquid to create a dreamy sauce. Topped with grated parmesan this is a weeknight winner which even the children will eat without complaint. 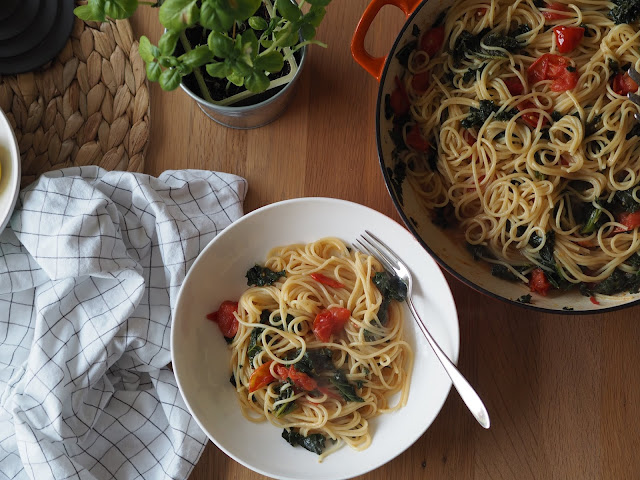 From the "on the table in half an hour" chapter was an inspired double page spread full of different ideas for toppings for baked potatoes, both regular and sweet. I often pop a few baked potatoes in the oven on weeknights when we are busy with clubs, or all eating at different times, but get fed up with our usual toppings (beans and cheese or tuna mayo). This topping is one of the nicest I've ever had: one leek, shredded and cooked until soft, with some greens stirred in, then finished with a spoonful of wholegrain mustard and a handful of grated cheddar which melts into the leeks. 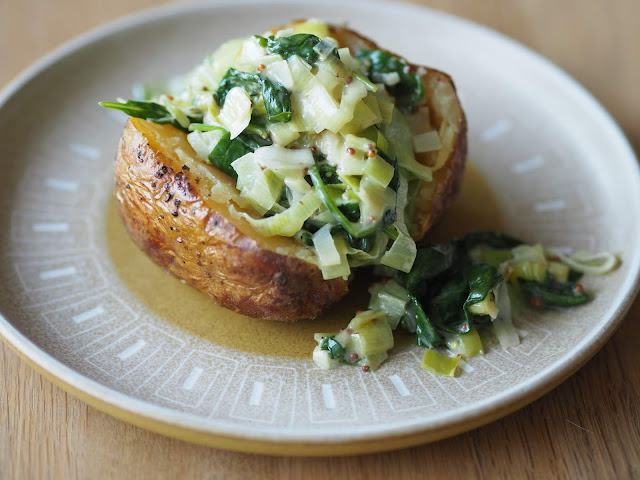 From the "forty minute feasts" chapter we tried lentils with roast tomatoes and horseradish, finished with a kind of garlic breadcrumb topping. I loved it, John less so. I think the lentils were a little overdone. 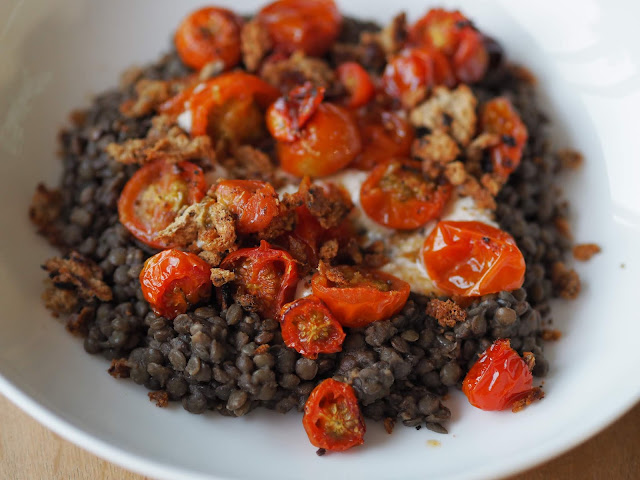 We also tried lentil ragu with much greater success. This comes under my own quest of finding meat free meals that the kids will just eat without moaning and that have the same flavour.  I preferred the texture of this pulse based ragu sauce over other types of vegetarian mince, as it had the thickness and depth of flavour that I associate with the beef ragu John used to cook in the oven for hours. There was some leftover which I stretched by adding a tin of chopped tomatoes then stirring it through some cooked fusili before baking it with lots of cheese on top. 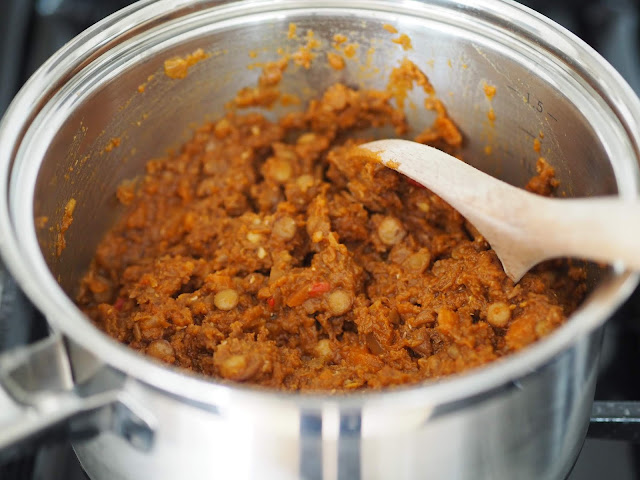 The "investment cooking" was probably my favourite part of the book, just crammed with imaginative and practical recipes for the kind of cooking I love to do at the weekend ready for the week ahead. I made malted chocolate granola, substituting the buckwheat flakes which I couldn't find anywhere with oats and quinoa. 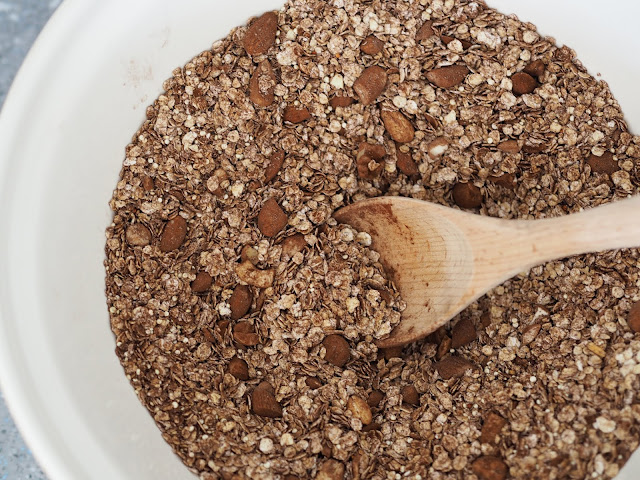 I love making granola; it's so easy and leaves me with a pleasingly domestic goddess feeling, well worth the minimal effort. 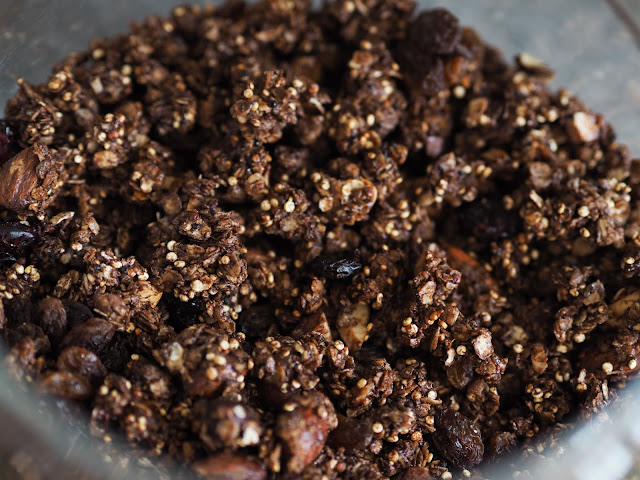 So far I've been eating it with plain yogurt and banana, often taking it to work in a little pot and eating it at morning break. 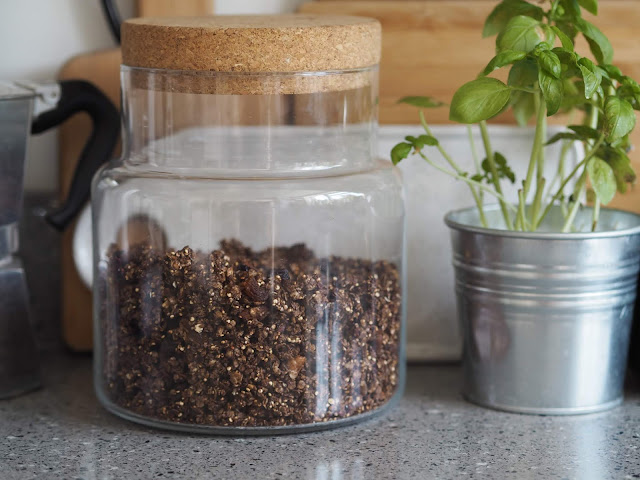 The "super-fast breakfasts" section was again crammed with ideas, and I do love a good breakfast. I think it might be my favourite meal of the day. One sunny Saturday morning I made tahini-drizzled super fruit, which is just a fruit salad dressed with a mixture of tahini and honey. 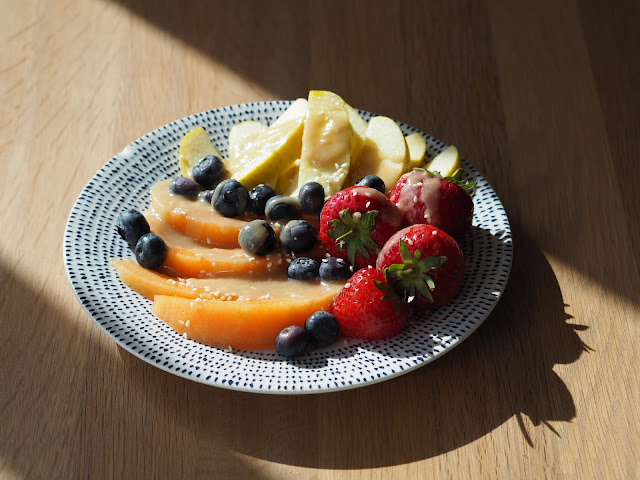 I loved it. It was a hot, hot day and just what I fancied - something light, with the sweet creamy dressing cutting through the more acidic fruit, but something I needed to sit down and eat with a knife and fork. Lovely.

Also from the breakfast chapter, I tried a different version of my beloved overnight oats: the porridge oats are mixed with chia, dessicated coconut, honey and milk or water (I use half and half). 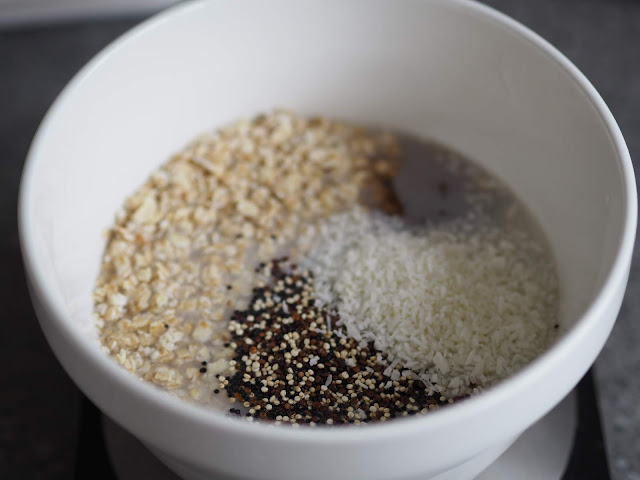 Again, I often take these to work if I am in a rush or not hungry first thing, topped with whatever I have that needs eating up in the fridge: sliced banana, pineapple, blueberries, grated apple, strawberries. 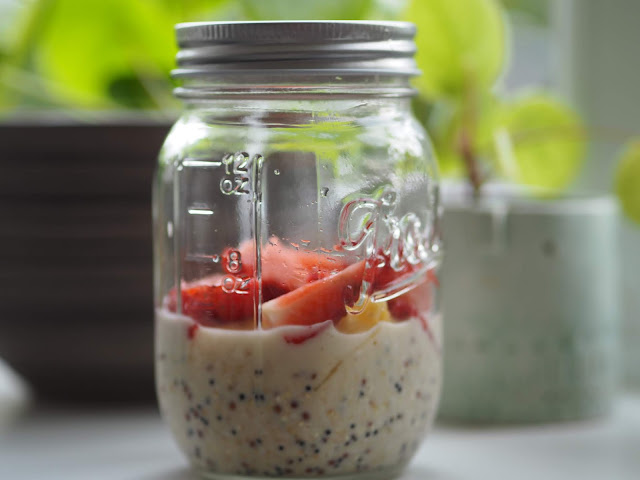 From "quick puddings and sweet treats" I made dark chocolate goodness cookies. The recipe contains no refined flour or sugar, hence the "goodness" but I was unwilling to pour a large amount of expensive maple syrup into a recipe where I wouldn't be able to taste it, so just used golden syrup instead. 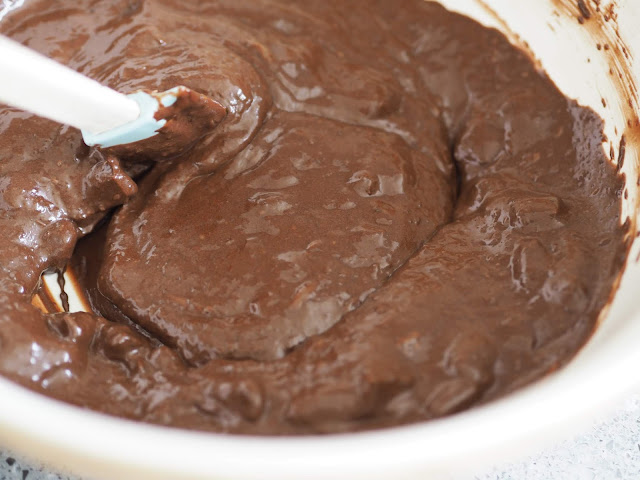 Instead of flour, the bulk of the cookies are made up with a tin of black beans, pureed, and chopped dates are added too. 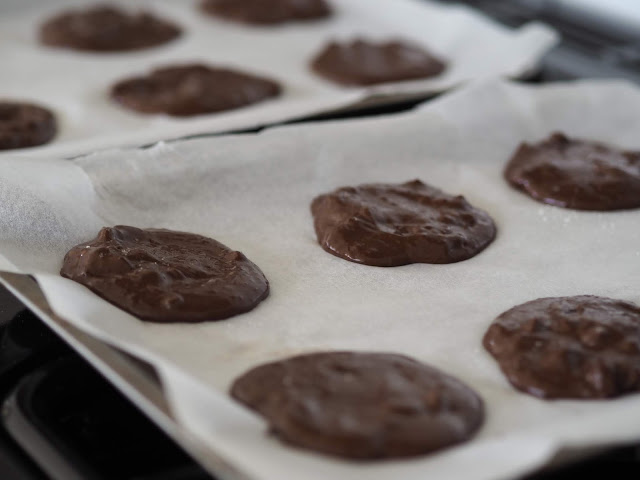 They were incredible. Next time I would add more medjool dates though as the chewy sweetness of the dried fruit was amazing with the dark chocolate. 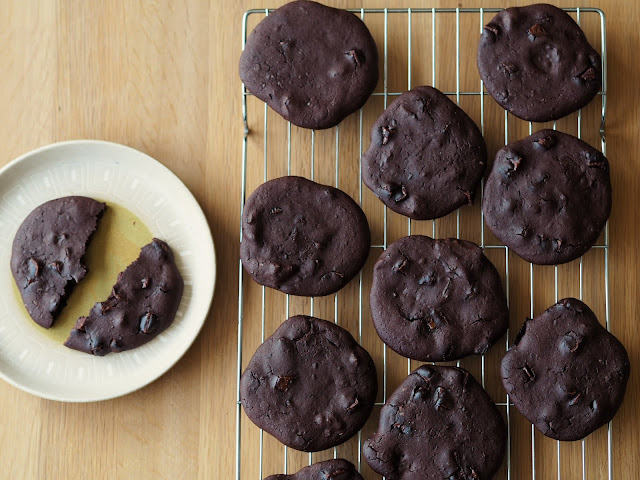 I feel like I am raving a bit about this book but I really can't think of anything bad to say about it, other than I wonder if she bulk buys her maple syrup on discount somewhere. But I cooked from this book a lot because it was a pleasure to, and there were so many other recipes I'd like to have tried but didn't have time. Anna Jones writes a weekly food column in The Guardian magazine on a Saturday called The Modern Cook where many of her recipes are available online and, vegetarian or not, you might like to have a look.