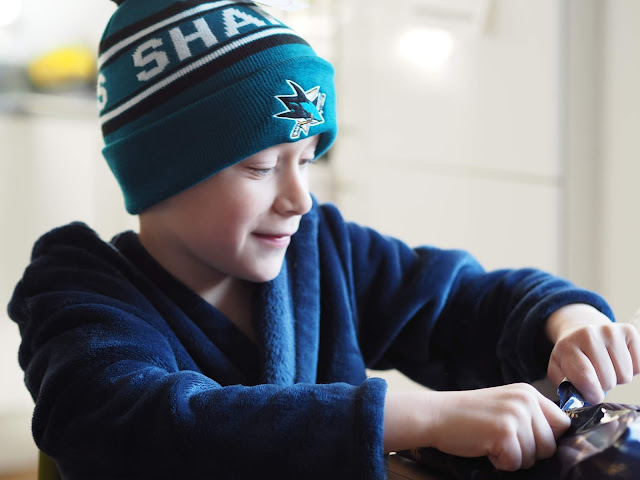 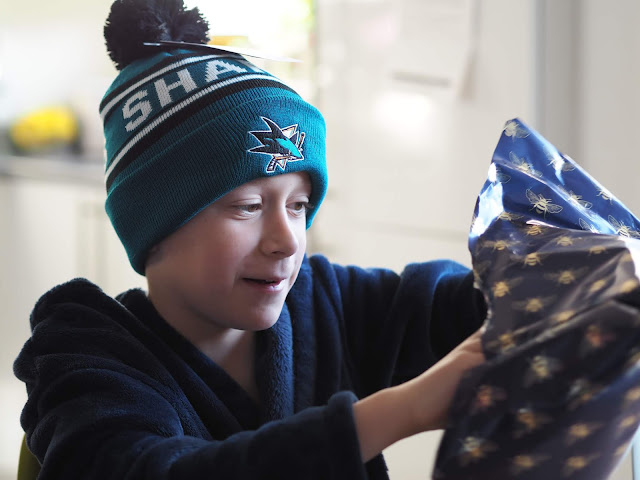 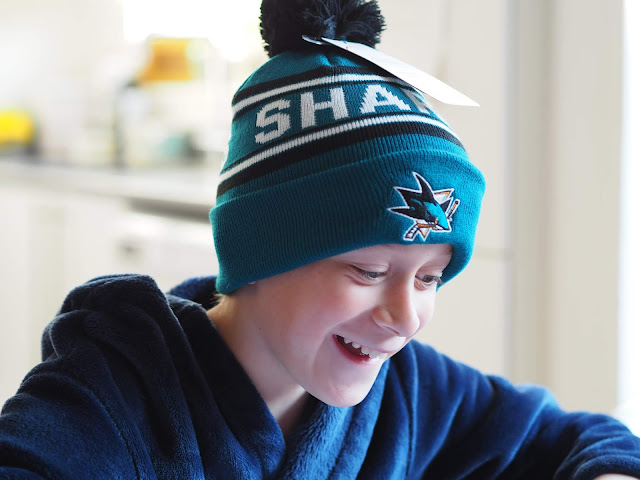 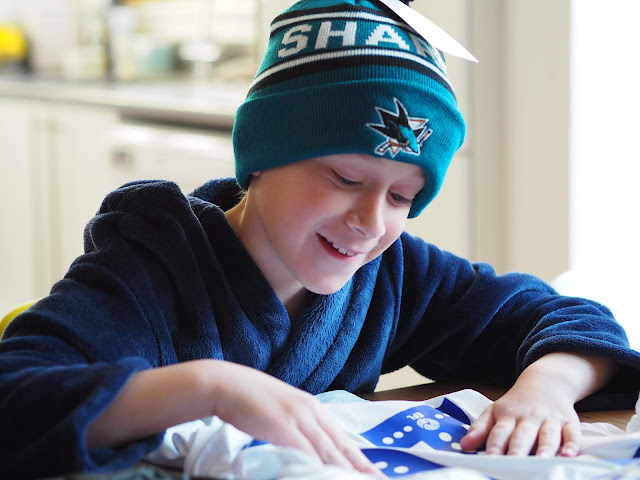 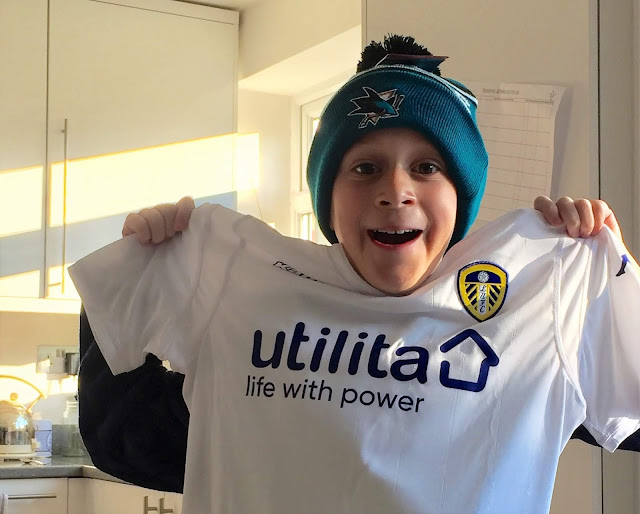 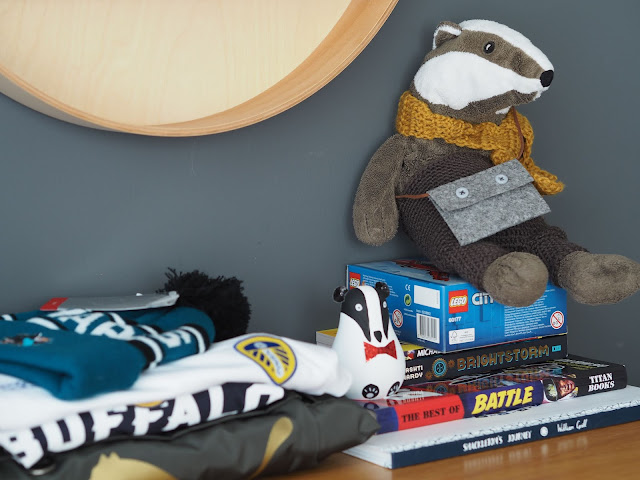 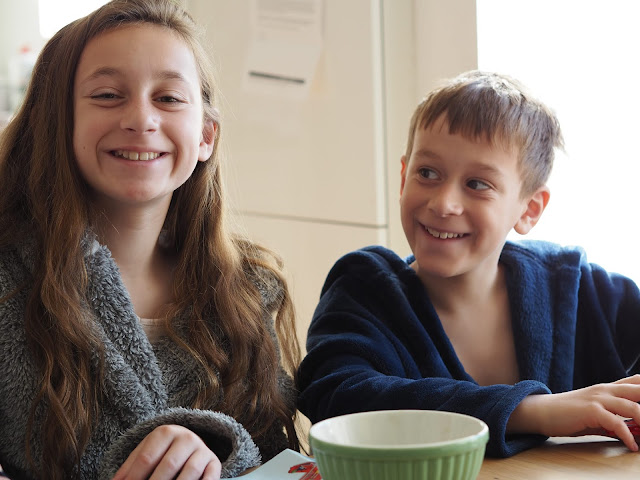 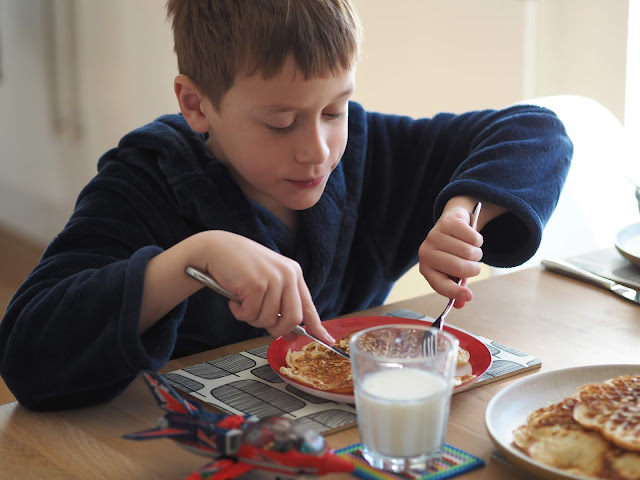 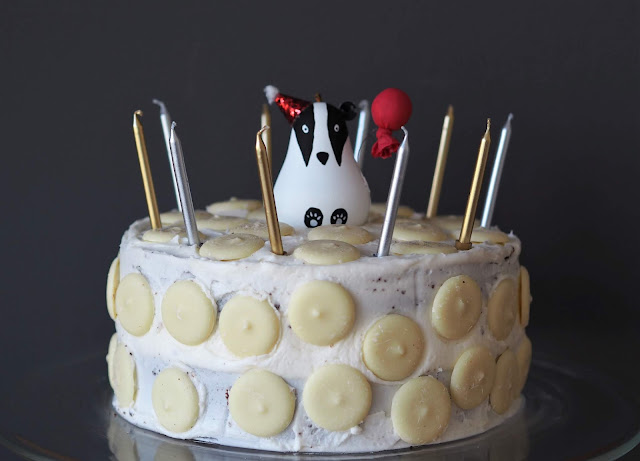 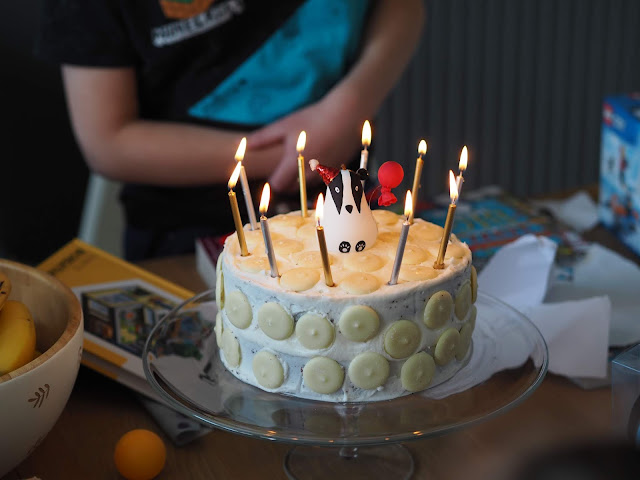 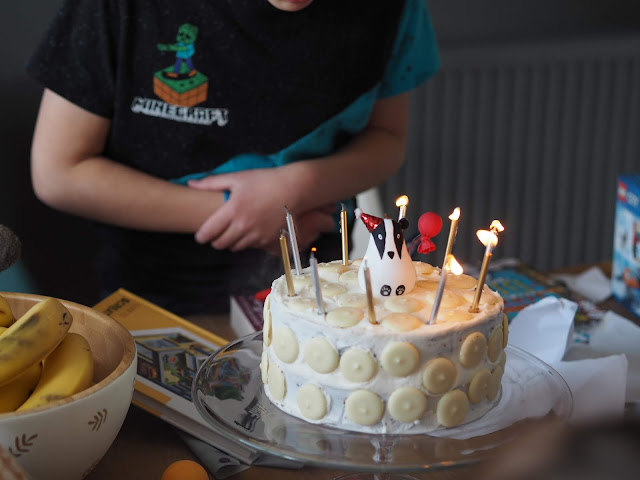 Angus turned ten last weekend. We were all up very early, John and I blearily watching him open his gifts in a sun drenched kitchen while drinking cups of tea. By 9 am he'd opened his cards and presents, built a Lego set and eaten a plate of waffles. Later that morning he celebrated with his friends, going to Flip Out for an hour of intense bouncing and jumping, followed by the all you can eat buffet at Pizza Hut. I've eaten better meals but if you show a group of ten year old boys a pile of pizza, a salad bar, several "unlimited-refill" fizzy drink options and a make-your-own ice cream station, then they will be very happy indeed. Bella came too and was very good about it all, I actually think she may have had fun although she rolled her eyes about having to spend the morning with all Angus's friends. 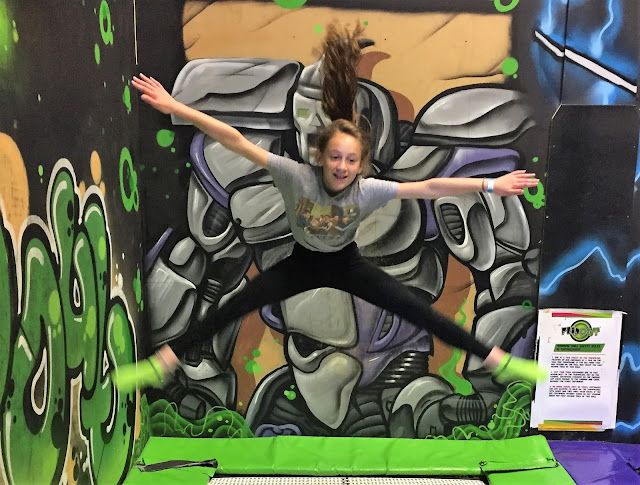 His gifts included sports wear, Lego and books, all his favourite things. His Leeds Utd football top was a hit, (although we are not feeling quite so celebratory about the end of their season...) and his San Jose Sharks hat was put on straight away, even while wearing his pyjamas. He was given a child's Fit Bit-style watch, and loves telling us at regular intervals how many steps he's done that day, regardless of whether we've asked or not. Not to be outdone. Barry the Badger was given a bath and received a few new clothes in honour of the big day. 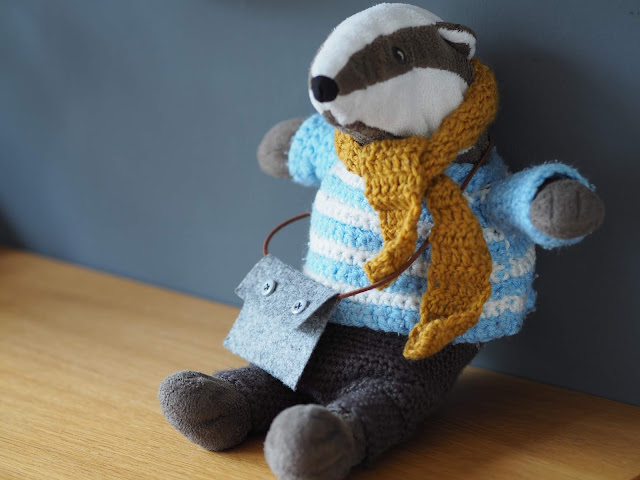 The cards this year were excellent. 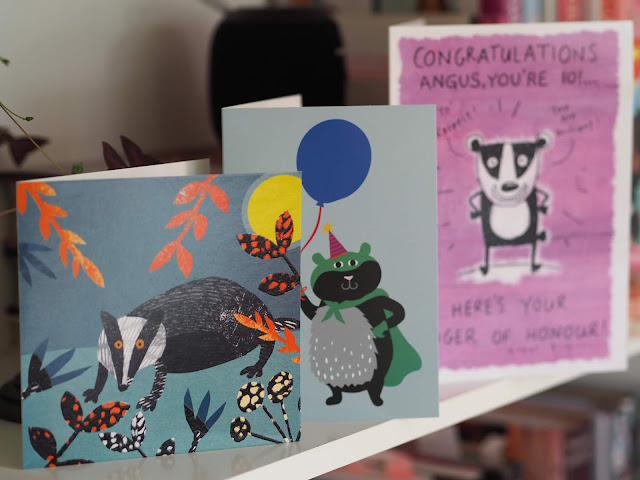 Lots of badgers, and Bella painted him one. 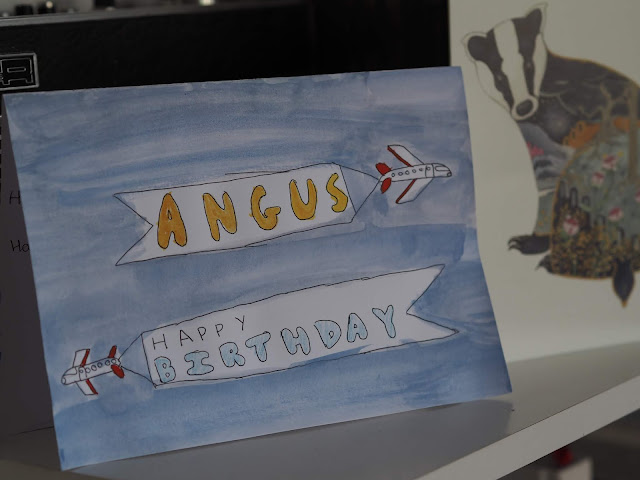 The birthday cake was, as ever, traumatic. Angus had requested a chocolate cake covered in white chocolate buttons. Very simple you'd think, wouldn't you? The first was underdone in the middle, despite me testing it with a skewer, and when I cut it in half the centre was completely raw, there was no way I could ice and serve it. The second cake was overcooked and bone dry, when I'd cut off the burnt bits and covered it in icing. I didn't have the time or energy to make a third, so we sang happy birthday and blew out the candles in the afternoon when my family all came round for a little tea party, and I just kept offering drinks in the hope that no-one choked in a crumb. My sister brightly said, "the icing is really good!" which I think says it all. I struggle with chocolate cakes, at least making one that is moist but still firm enough to be iced and decorated. I think in future I will just make a gooey chocolate fudge cake, something that is covered in frosting and looks a bit of a mess but tastes amazing. 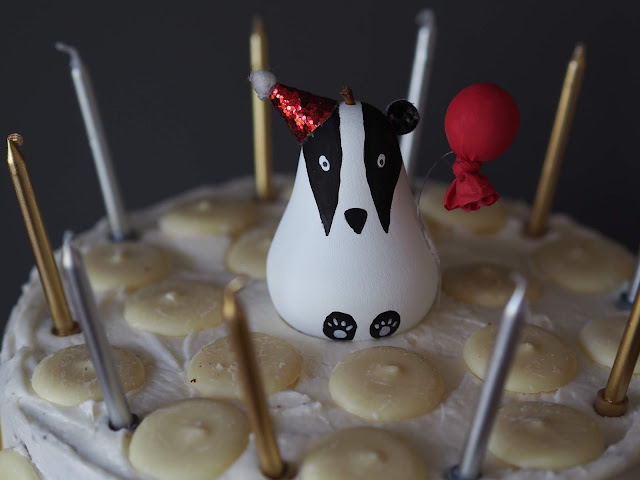 Thank goodness for a cake topper in the shape of a badger wearing a party hat and bow tie, and holding a balloon. It was a brief distraction from the awful cake. But it was a lovely day, all in all, and so far ten is shaping up well: we still love badgers and reading, especially if they are fact books about natural disasters or explorers, we still love the outdoors and sports, and the Xbox, of course.