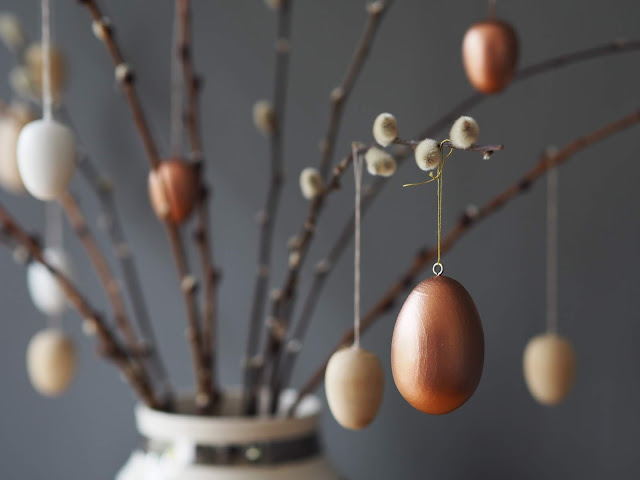 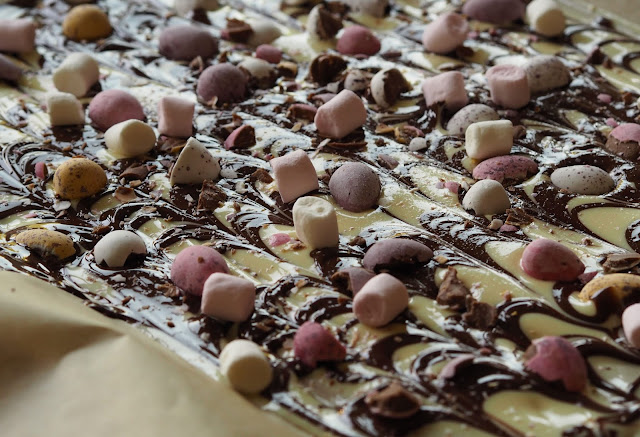 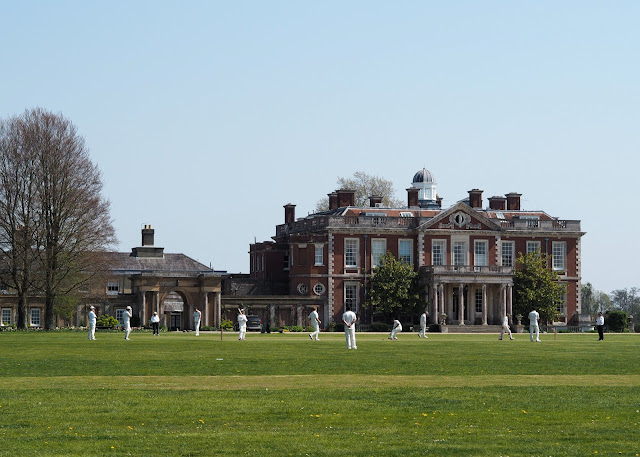 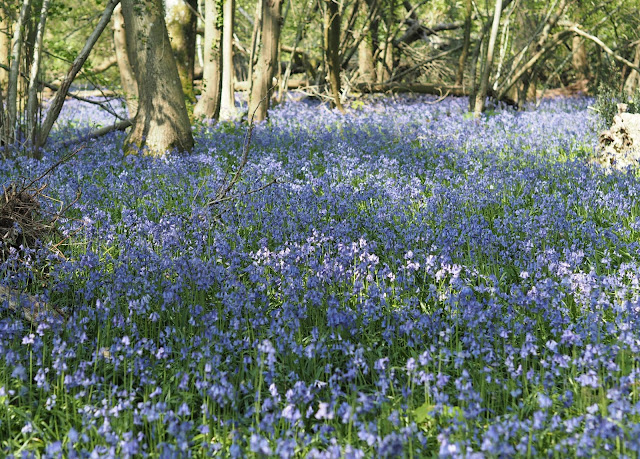 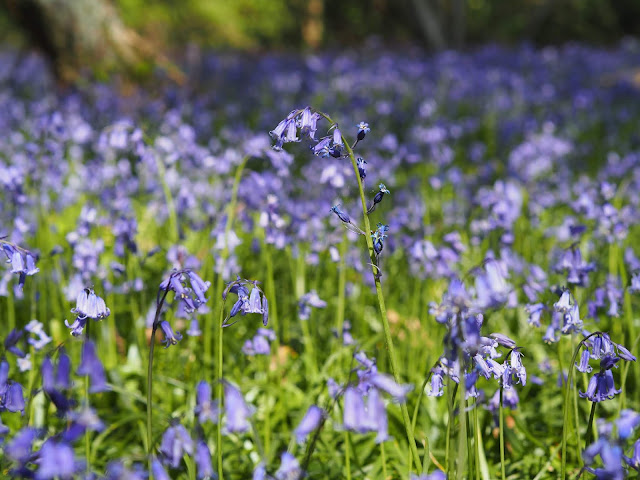 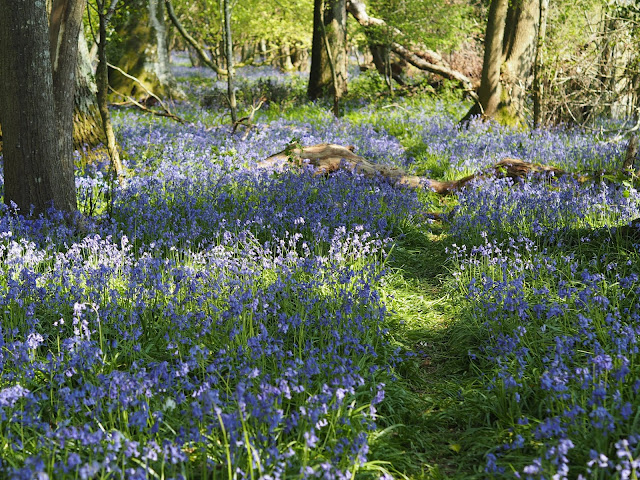 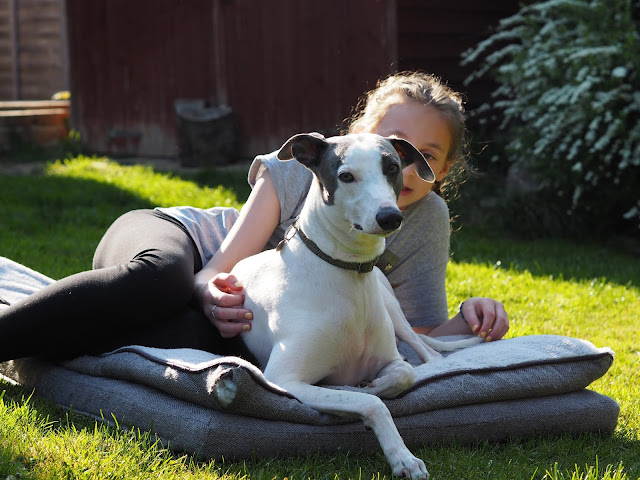 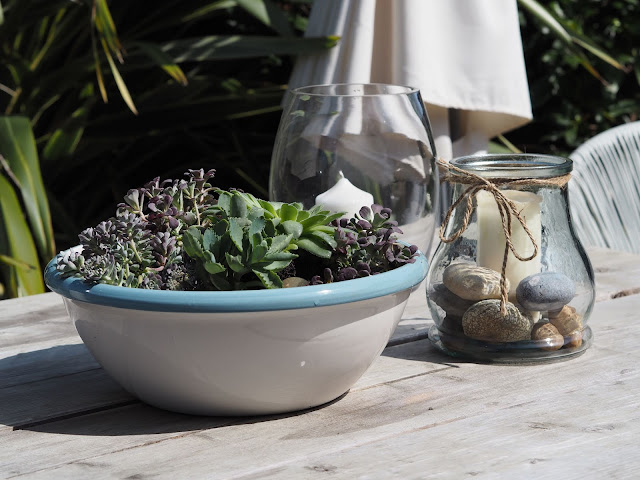 The bank holiday weekend feels like longer than three days ago. A few days back at work and school, back into the rush of after school activities, combined with a sudden drop in temperature, and it's like I imagined that gorgeous, sunny, relaxed few days we had last weekend. It's always the way when you jump straight into summer temperatures - it's a horrible shock when the wind and rain remind you that yes, it is still April.

It's unusual for John to have the full four days off work so we were determined to make the most of the Easter long weekend by doing absolutely nothing useful or productive. No decorating, no DIY, no sorting out cupboards - who even are we?! 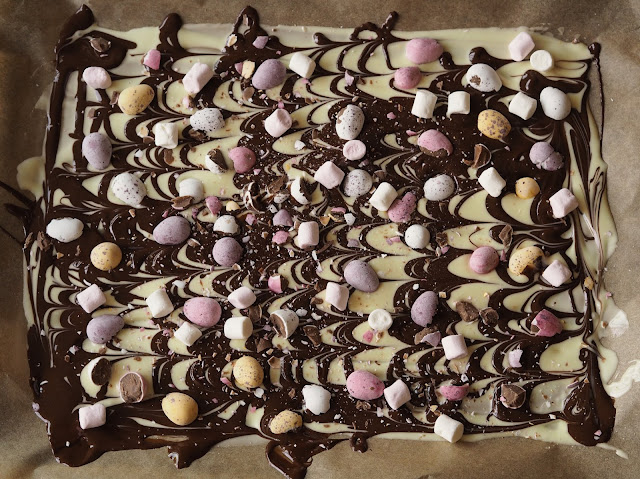 Food always features heavily in our Easter celebrations. Bella and Angus aren't as interested in making Easter nests as they used to be, which is fine with me as they aren't my number one choice. New traditions are being formed in the making of chocolate bark: white and dark chocolate melted, swirled together and sprinkled with bashed up mini eggs and some mini marshmallows. 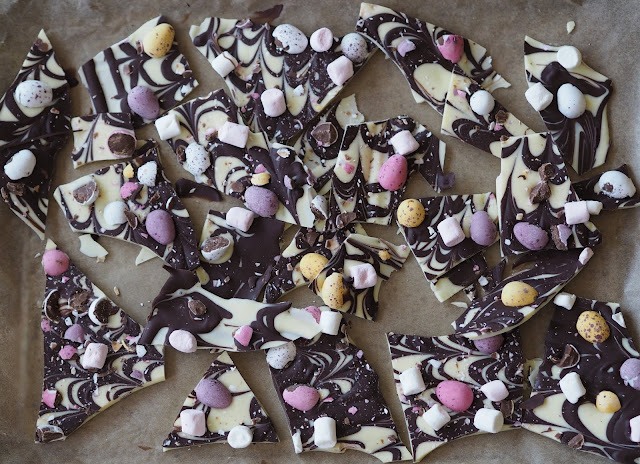 I would have liked to have made a Simnel cake, but it's only me that likes it so that seemed a bit of a waste. Instead I made a chocolate malt cake from this book, something I knew everyone would like. We cut into it on Monday after a barbecue and there's only one piece left now so I think we can assume it was popular. 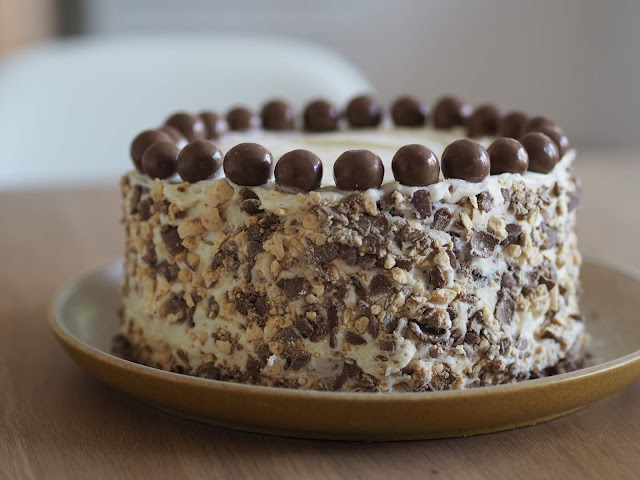 We had a big family meal at my parents' house on Sunday with an egg hunt for the kids (with cryptic clues to solve - they aren't toddlers pottering around the flower beds with their baskets anymore...) and since my mum cooked the roast lamb, we all brought dessert, and my contribution was lemon meringue roulade. 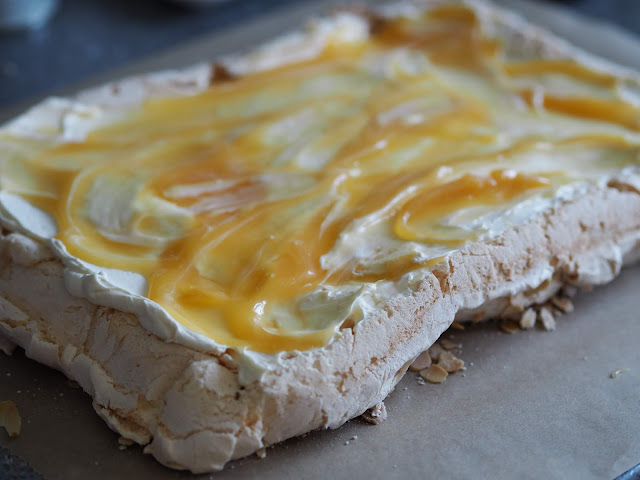 I used this recipe which I've made before and it works really well, except that last time I was disappointed by the lack of lemon flavour, so this time I upped the amount of lemon curd from two tablespoons to almost a full jar, and it was much improved for it. 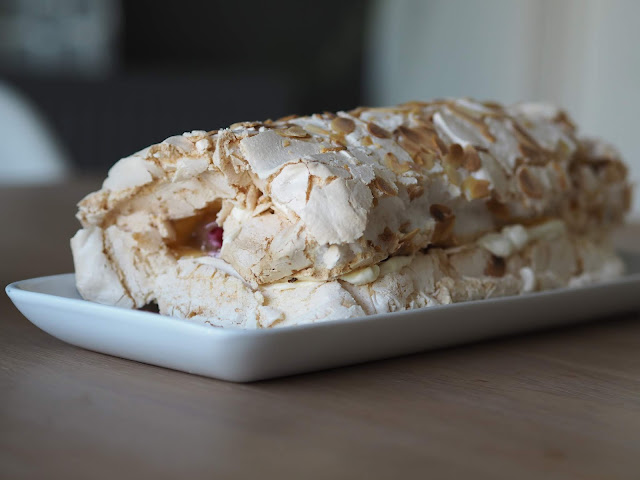 There was also a lovely cream tea on Saturday afternoon, a late Mother's Day gift for my mum from my sisters and I, and also a fabulous brunch on Bank Holiday Monday. It was just the four of us and I was feeling virtuous and hungry after a morning run and, after two weeks of eight hours unbroken sleep each night, full of a strange feeling of both energy and calm which I think is what it's like to be rested. It's a unfamiliar feeling and I liked it. I ordered toasted sourdough topped with pesto, avocado and poached eggs, served with roasted tomatoes on the vine and a side of bubble and squeak. I could eat food like that all day every day. 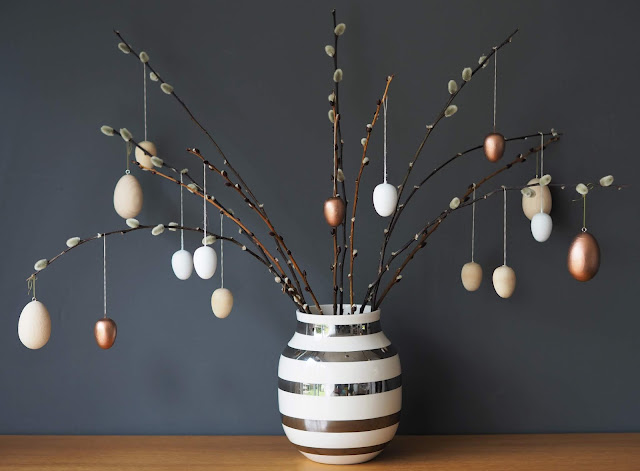 I enjoyed having an Easter tree this year. Rather than hunt for tree branches I found some old sprigs of pussy willow I had knocking around and used stones to weight them into place in the bottom of the vase. 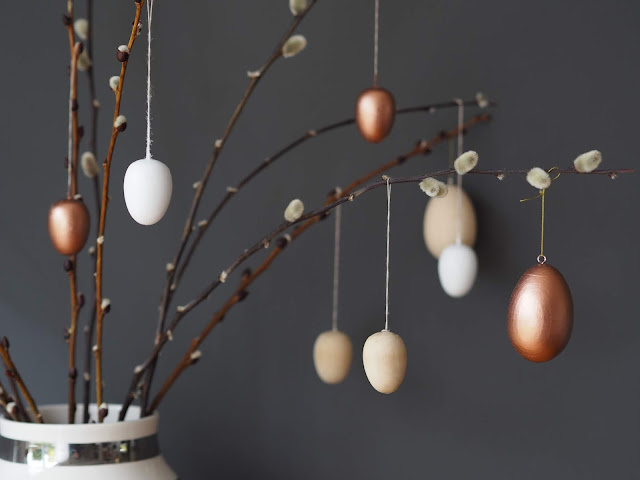 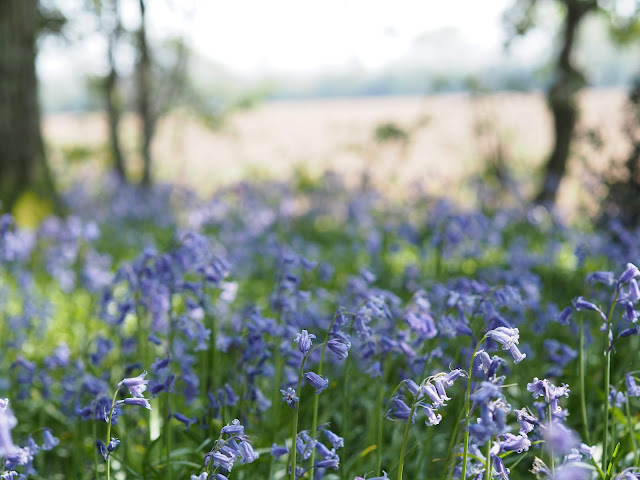 We made time on Easter Sunday afternoon to go for a walk in the woods to one of my favourite places for spotting bluebells. 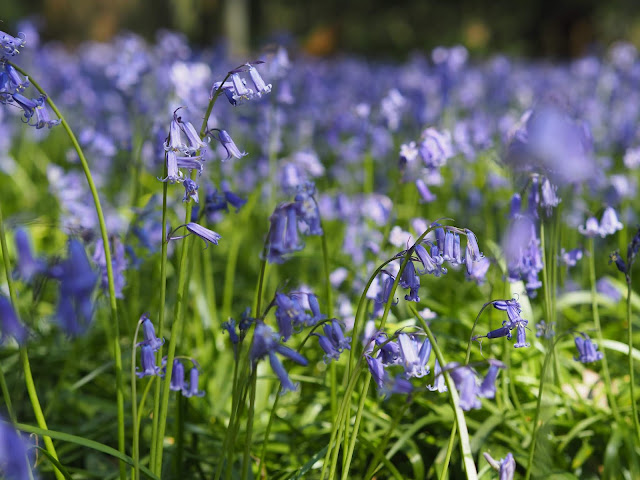 I try to go every spring because I think it's worth the effort. This patch of woodland is hidden from the path and it's only when you turn into the wood and scramble up the path that you suddenly see all this spread out in front of you. 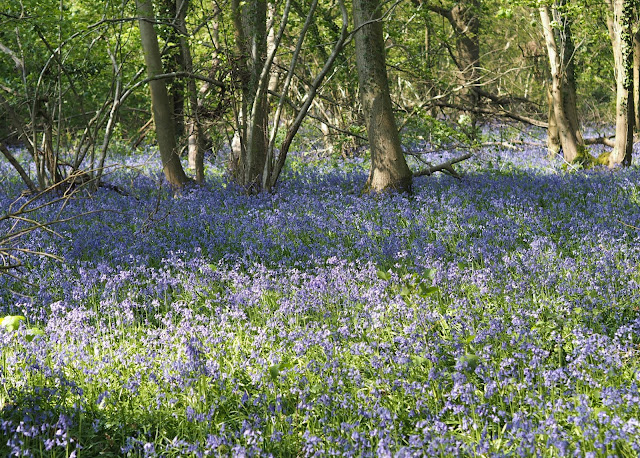 It makes me glad to be alive. 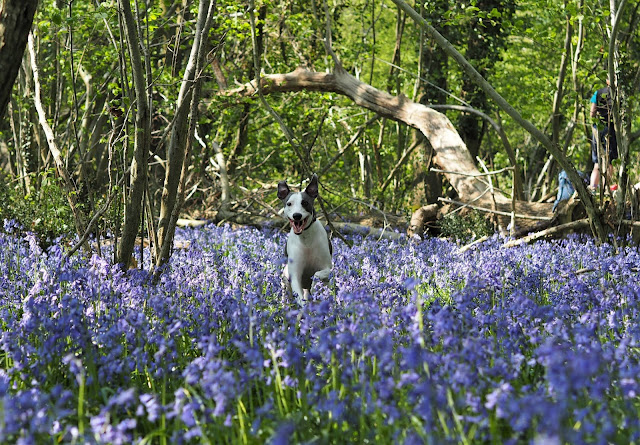 I think this one was enjoyed it too, even if he was a bit hot. 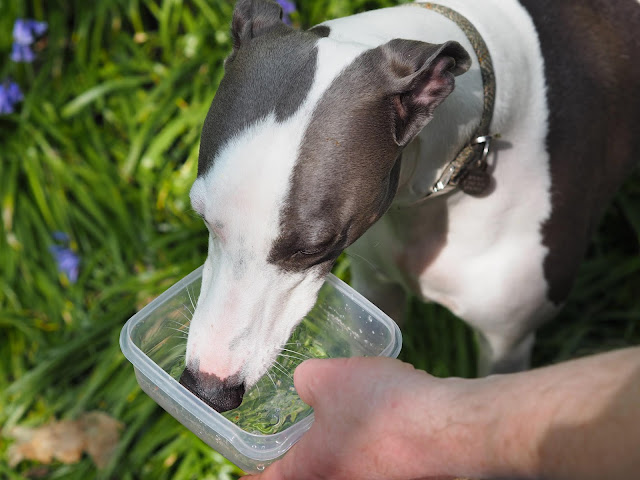 I spent a pleasant hour in the garden on Monday creating a little succulent garden for our outdoor table which was looking a little bare. 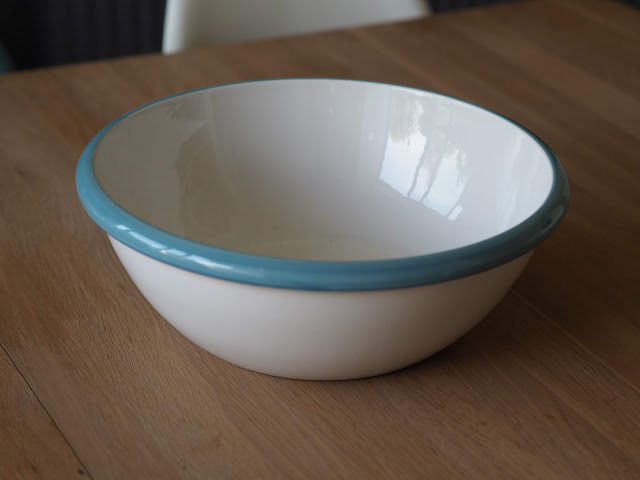 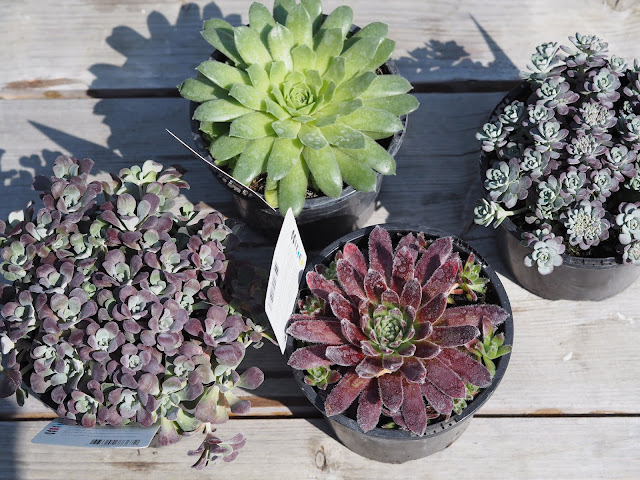 I found a large bowl that I bought in IKEA a while ago, but which I never use as it's huge and doesn't fit in any of my cupboards in the kitchen. I store it in the garage where of course I forget all about it. I filled the bottom with pieces of broken pottery for drainage then a half sand/half compost mix, before adding four succulents I bought for £10 in B&Q. 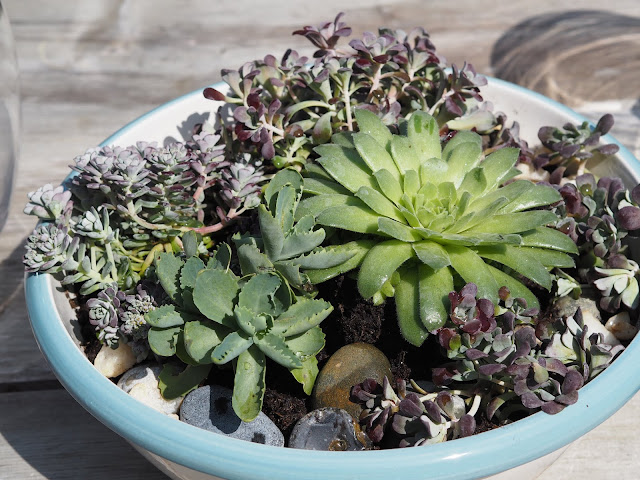 My track record with succulents in the house is not good (I am certain I have been over watering) but I'm told they thrive on neglect and sunshine, so I'm hoping this little collection does okay over the summer months.

I'm glad we made the most of doing nothing productive, it's a very good plan.