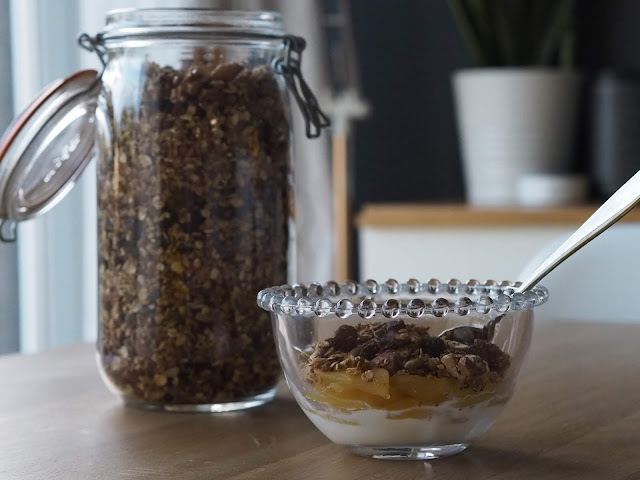 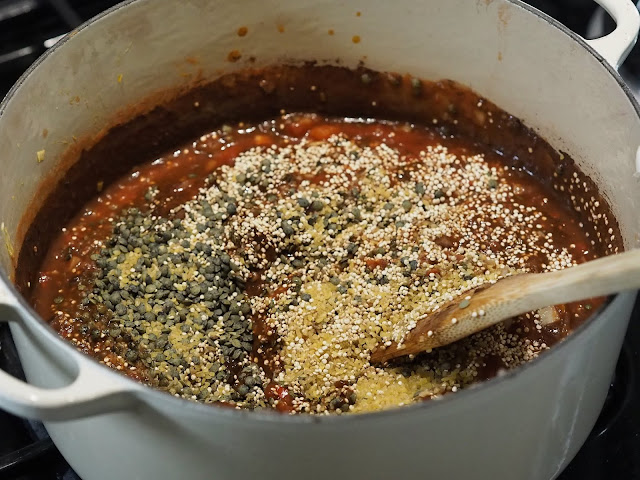 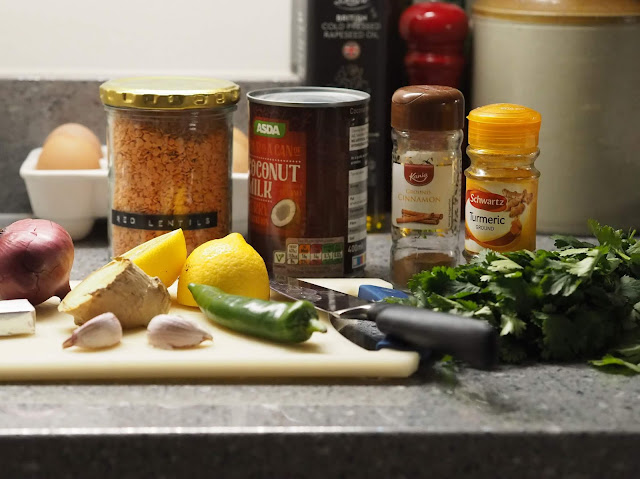 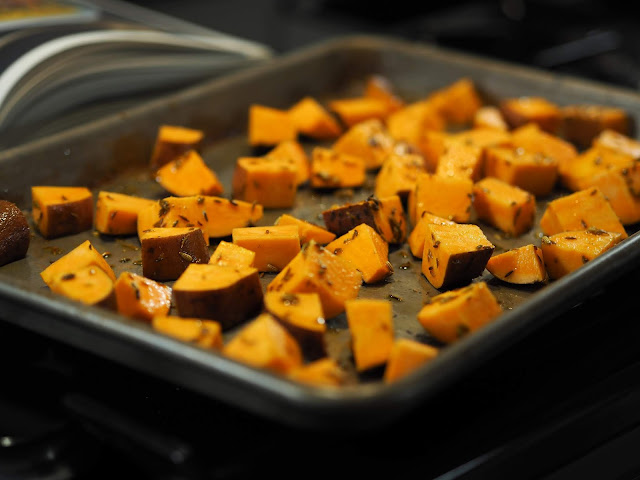 Well, I decided to continue with the Cookery Calendar Challenge for another year. Started by Penny of The Homemade Heart a couple of years ago, the idea is that you choose one title a month, often a book which isn't much used, and try a couple of new recipes. I have enjoyed this challenge so much over the last couple of years, and it has really made me revisit and reread old recipe books and look at them afresh, rather than buying new ones. I am a sucker for a cookery book, I really am, and find them hard to resist. 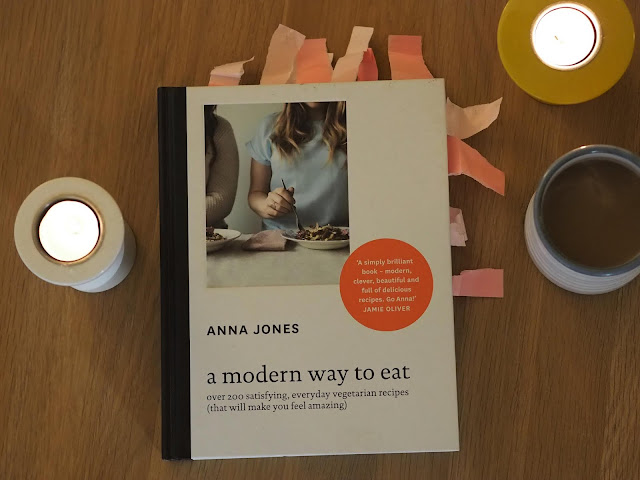 My choice for January was A Modern Way to Eat

by Anna Jones, the first of her three cookery books and published in 2014. It's actually a book I use a lot, but always going back to the same four or five recipes again and again, so I felt it deserved a bit more attention. It's a vegetarian cookery book, with vegan options for most recipes, but I don't think of it as a "vegetarian cookery book", just another really good title in my little much-loved collection. It's superb, by the way, one of the best food books I've ever bought, and I would really recommend it to anyone, vegetarian or not. It's well written, the production, design and photography are all beautifully styled, and each recipe starts with a little introduction as she talks about the idea or story behind that particular recipe, why and when it works, and suggesting variations. Chapters include "what gets me up in the morning", "food for filling a gap" and "hearty dinner and food to feed a crowd", but my most used section is "cakes, bread and a few other things" which includes some really excellent, reliable baking recipes. Meals are seasonal but not slavishly so, and almost always feel achievable and possible.

But the real test, and the reason I chose it this month, was to see how my harshest critics, Bella and Angus, got on with some new recipes that used more grains and pulses than meat, and might challenge their suspicious taste buds a bit. This came in the form of Proper Chilli, which uses lentils, bulgar wheat, quinoa and haricot beans as it's base, rather than our usual minced beef and kidney beans. The cumin, ginger and chipotle paste gave it a smokey warmth rather than a searing heat, and the variation in texture was really good. 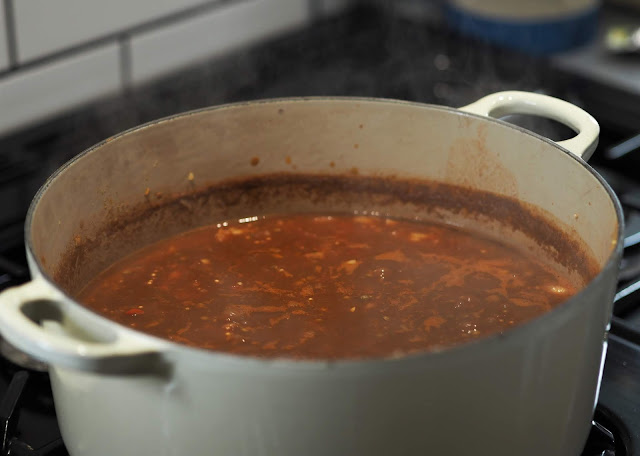 It took about an hour to prepare and cook, making it an achievable week night dinner, and a very economical one too. 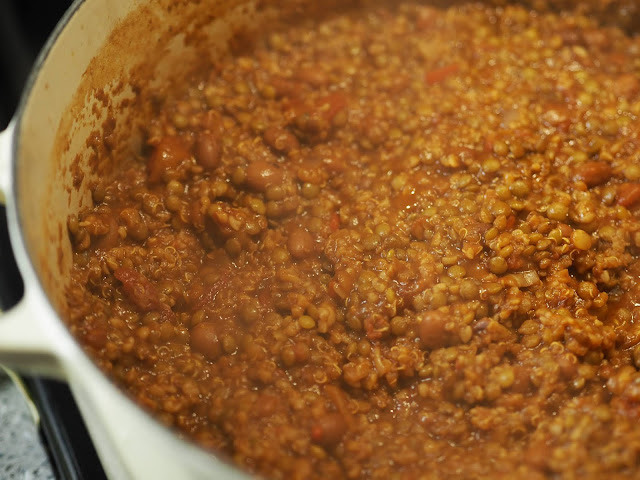 Anticipating a food battle, I served this with tacos not rice, as the kids love tacos - they are basically giant crisps, after all - and I think we can call this a success. Bella said it was "really good" (her actual words) and while not full of praise, Angus ate it all and didn't moan. 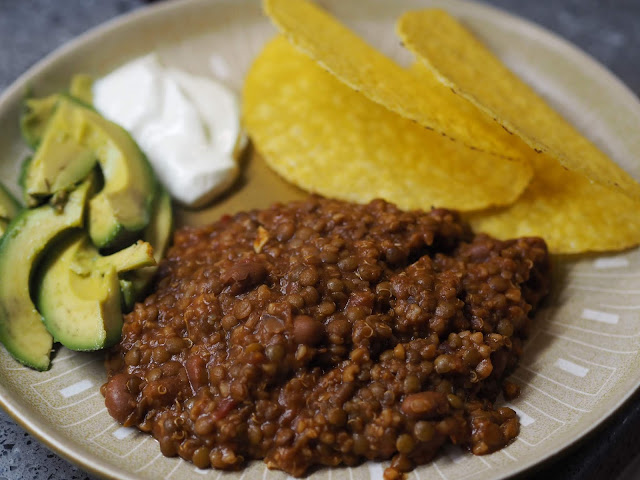 I tried the Crispy Sweet Potato Fries as a side with barbecue pulled pork and they were fantastic, with a sprinkling of polenta to give them extra crunch. 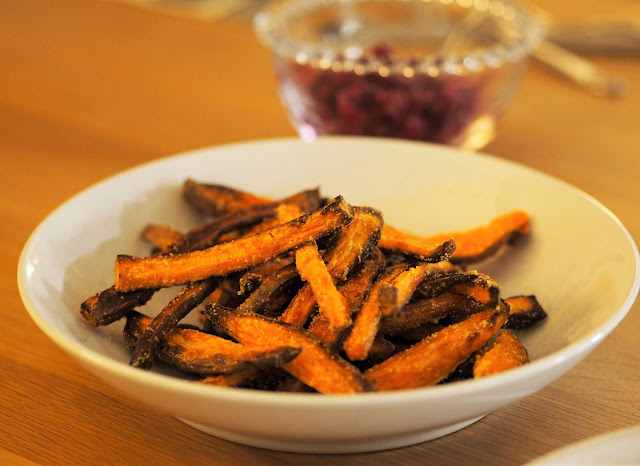 For John and I, as I felt this might be a bit of a stretch for the kids, I made Dhal with Crispy Sweet Potato and Quick Coconut Chutney, which sounds like a lot more effort than it is. You make a dhal (and it's a good one, one of the best I've eaten) and while it's cooking chop and bake some sweet potatoes. 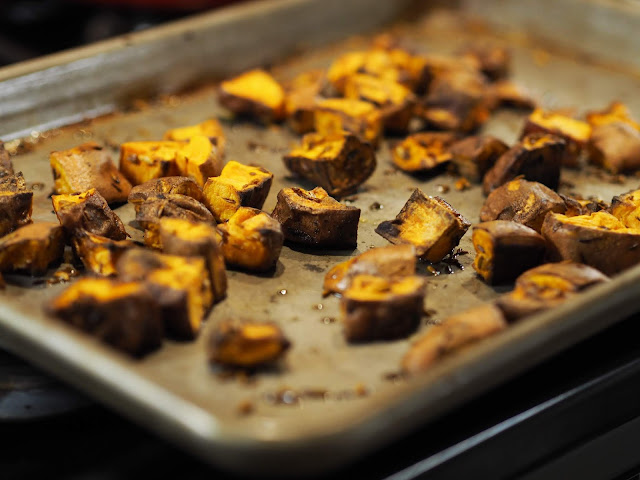 While they are cooking, you make a quick coconut chutney from rehydrated desiccated coconut, chilli and herbs and sprinkle this on top when you serve. 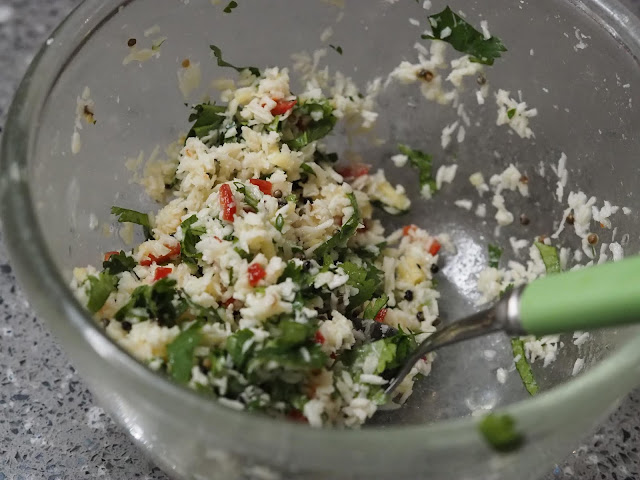 It's fantastically good. The recipe was supposed to serve four but we managed to eat enough for three between the two of us, and John took the leftovers to work the next day. This is what Anna Jones is really good at: she takes what might look like a pretty ordinary recipe and through solid flavour and the addition of some kind of relish, gremolata or even just a squirt of lemon juice at the end, raises it to the level of total deliciousness. 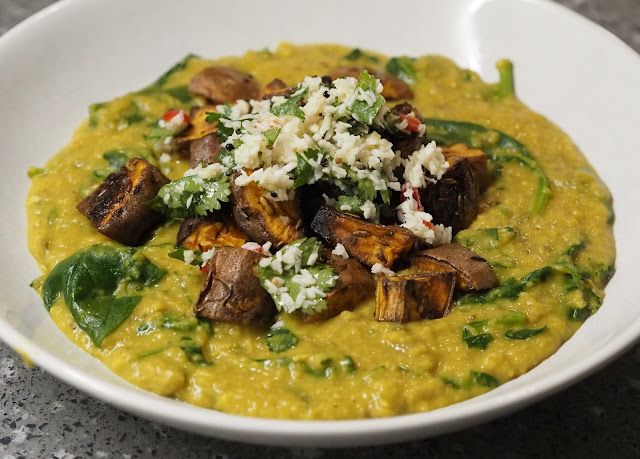 For dessert, we tried Melting Maple Chocolate Puddings, sweet little flourless chocolate pots served in individual ramekins with vanilla ice cream for the kids and natural yogurt for us. The only thing I would say about these is that the maple syrup flavour didn't really come through enough for me to warrant using such an expensive ingredient. Next time I'll just use golden syrup or sugar, and save the maple syrup for pancakes. 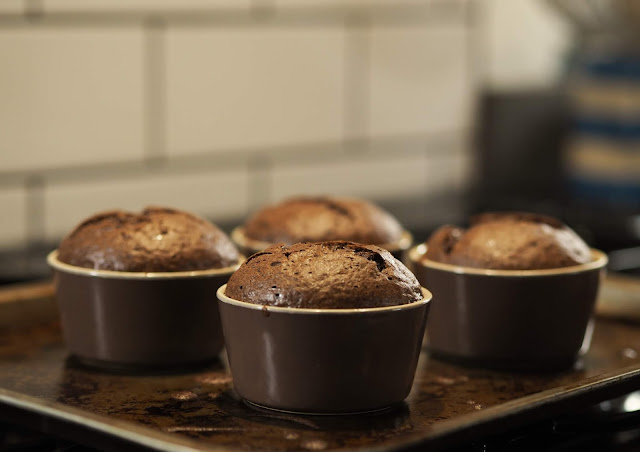 Finally, I made Lemon Maple Granola for myself. No-one else likes granola in this house which suits me just fine, as I get to enjoy it all myself without going to the jar and wondering why there is none left. 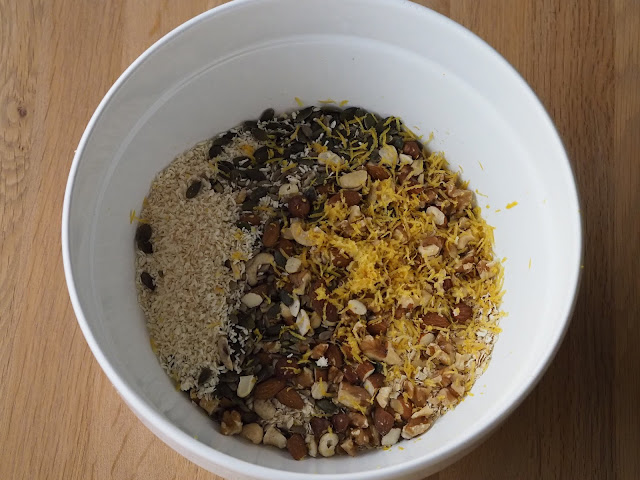 Granola is granola, but the addition of lemon zest makes the whole thing taste a little lighter and fresher, while bringing out the earthier flavours of the nuts, seeds and oats. 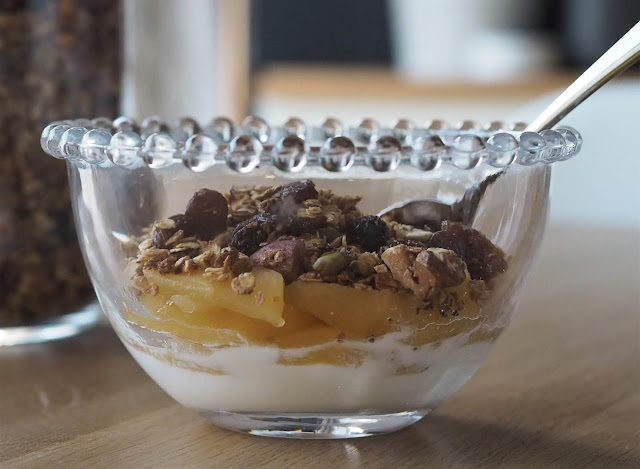 I ate it with stewed apple and Greek yogurt at the weekend, and then just with yogurt on weekday mornings. 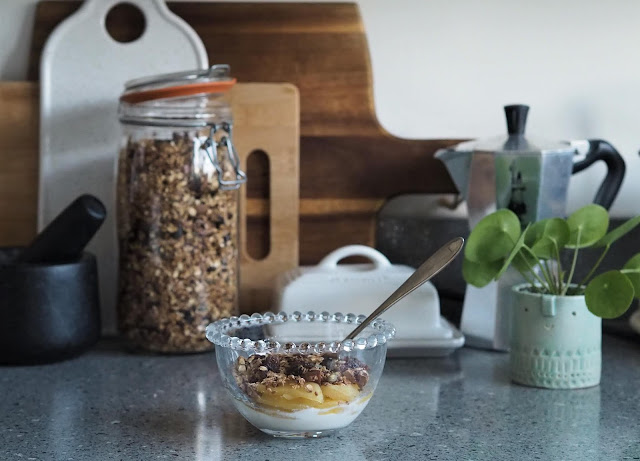 In other news, we had a little snow; not a lot, and it's mostly gone now, but it was nice while it was there and I took lots of photos which I will bore you with soon. I hope you are all keeping safe and warm in this extremely cold weather, wherever you are.