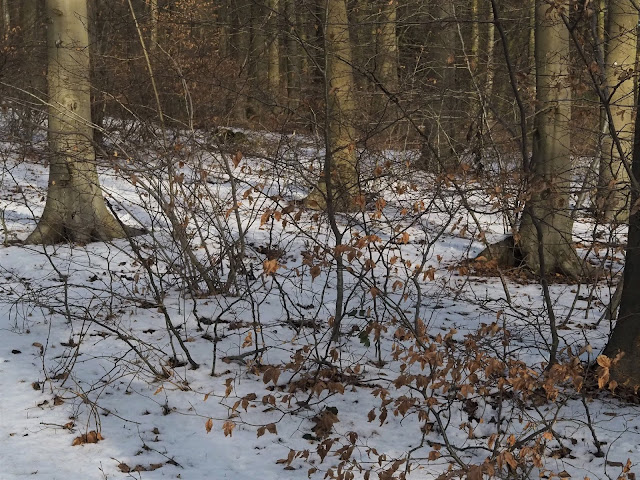 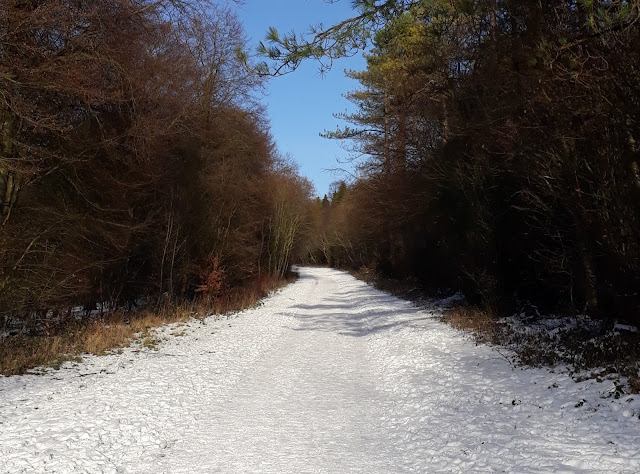 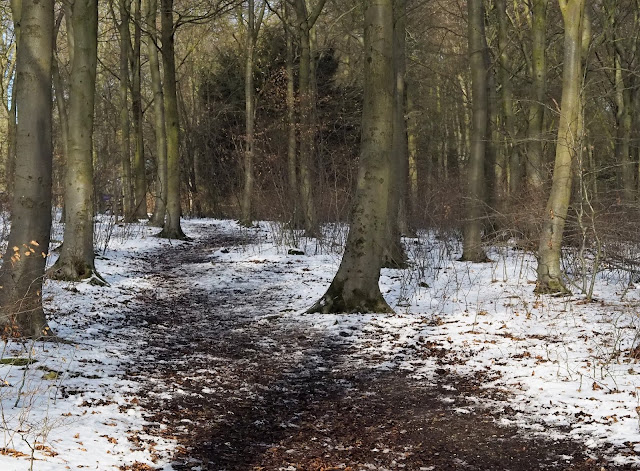 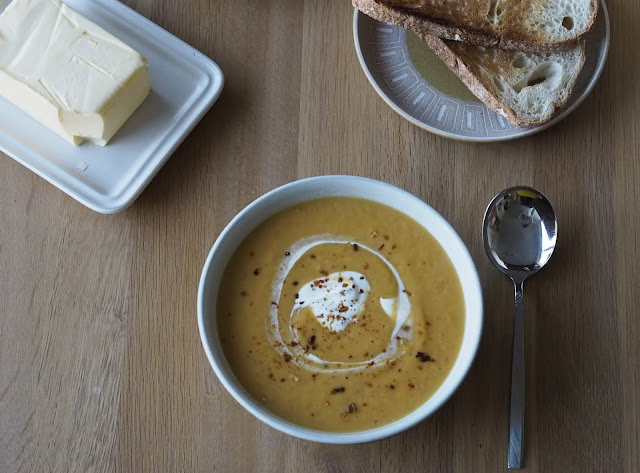 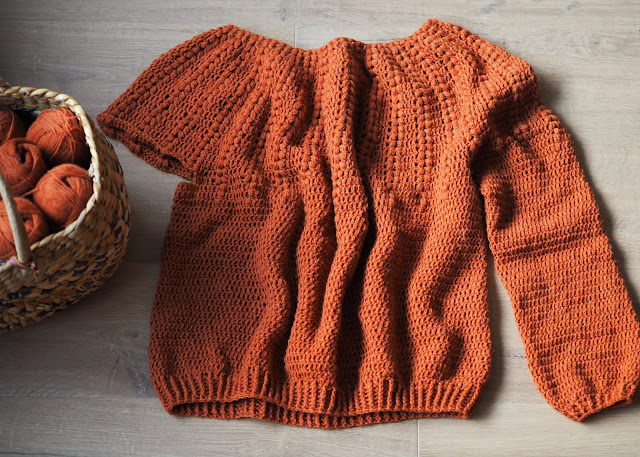 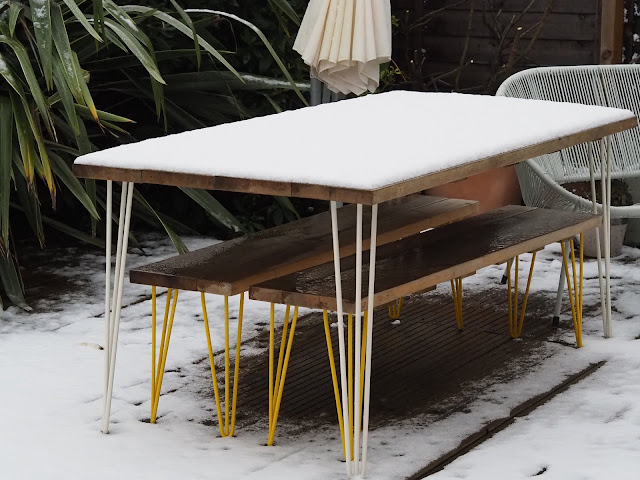 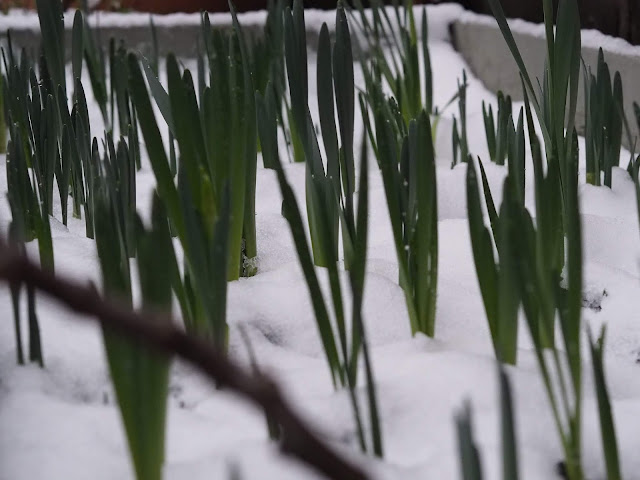 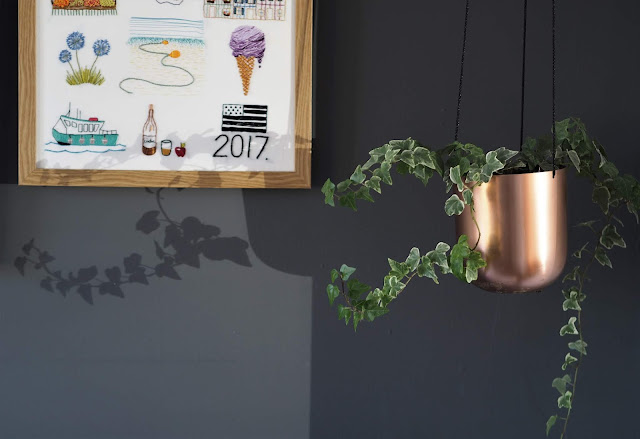 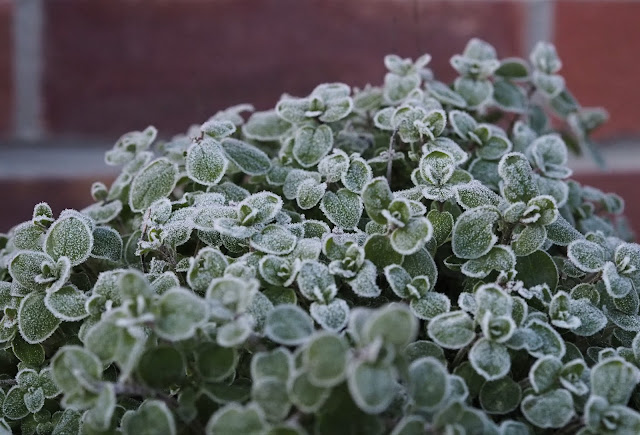 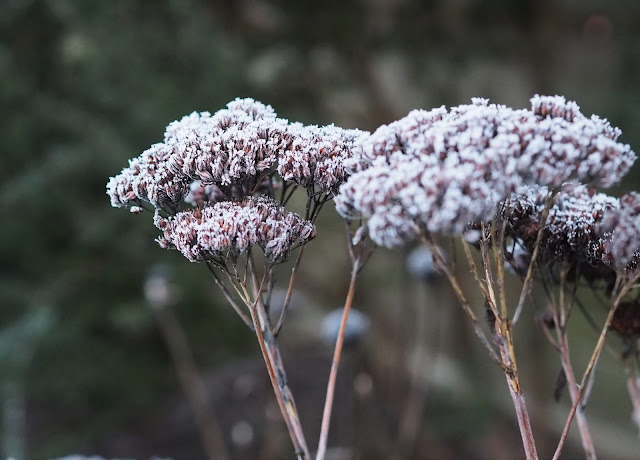 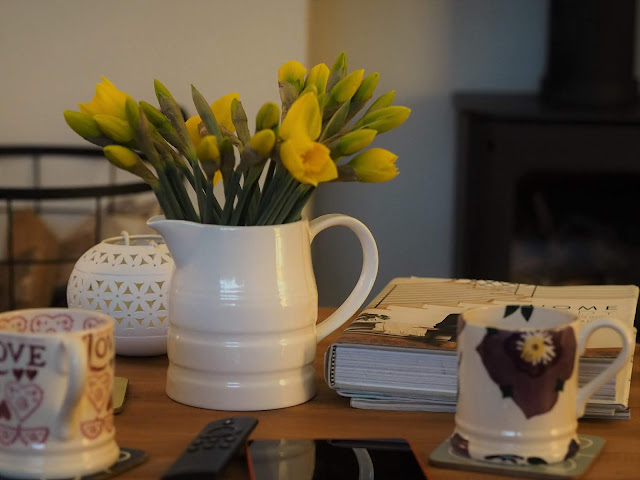 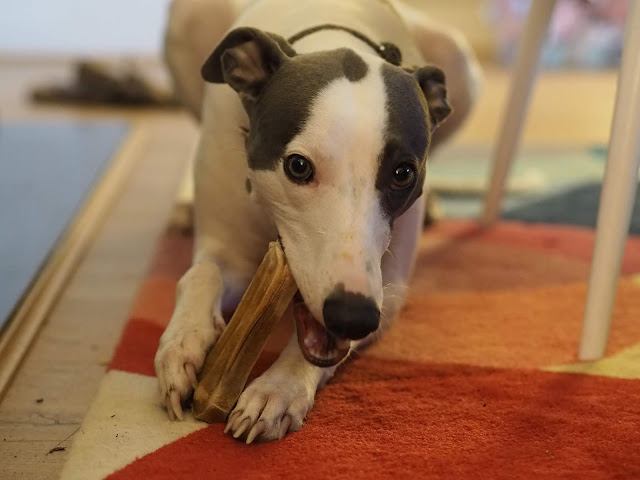 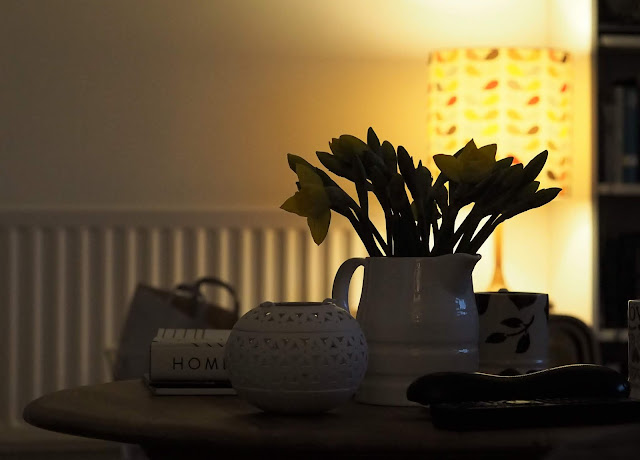 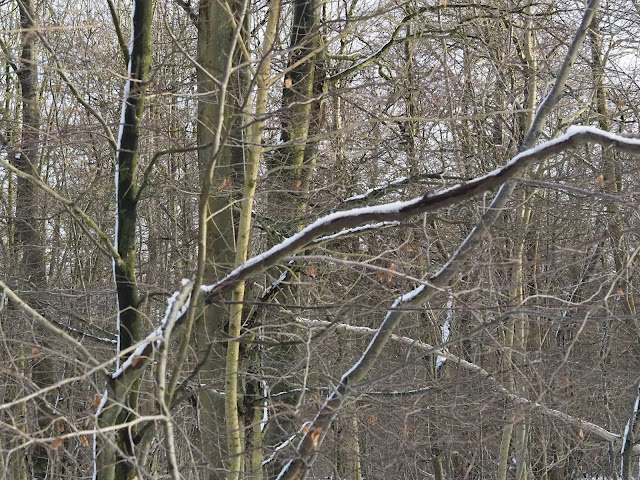 It's funny, how soon after the snow melts that it seems like it was never actually there at all. When it's only lying on the ground for less than twenty four hours, you don't really have time to get used to it, to adjust to it. We had a little at the end of last week, but sadly not enough for the longed-for Snow Day and school closure that the children were hoping for. But it was enough to feel like it had snowed, and the kids had a chance to play in it before it melted. 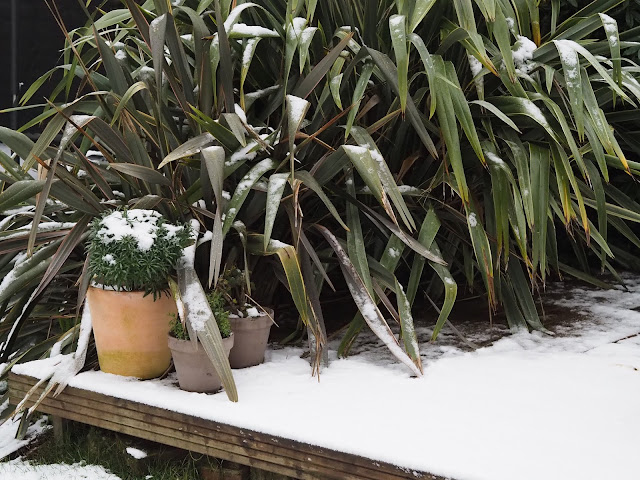 The weekend was cold and sunny, with a bitter wind blowing. On Sunday afternoon we decided to drive to a large country park near us - it's seven miles away, inland, and up on a hill. Well, you'd think it was in another country, the amount of snow that still laid on the ground up there, three days after it had fallen. 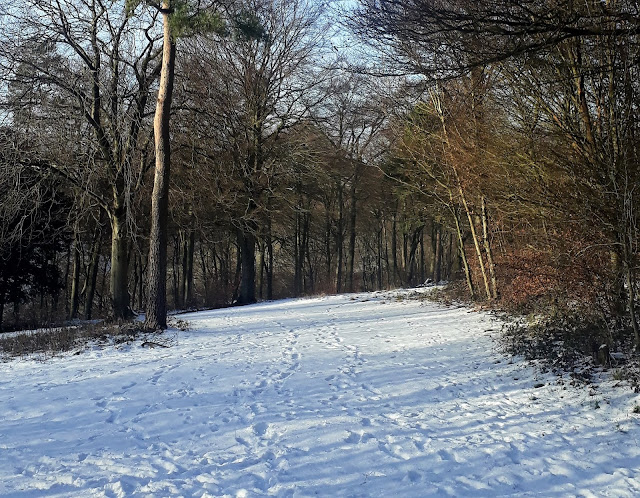 Enough to crunch underfoot and for the children to throw snowballs at each other. 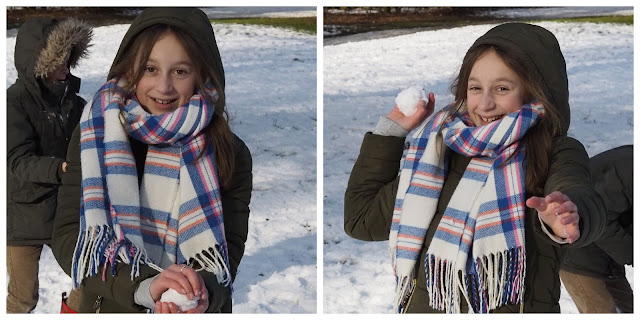 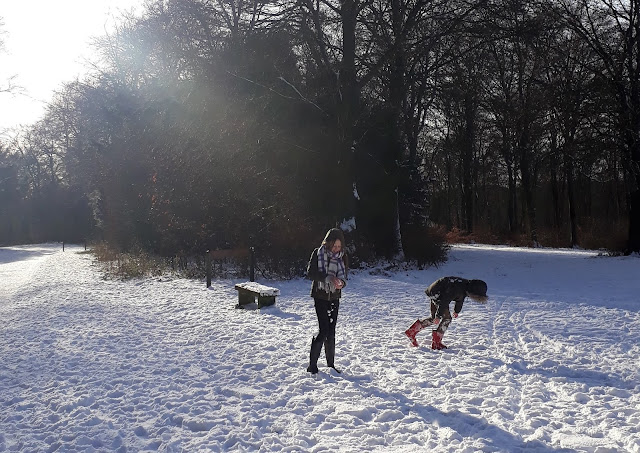 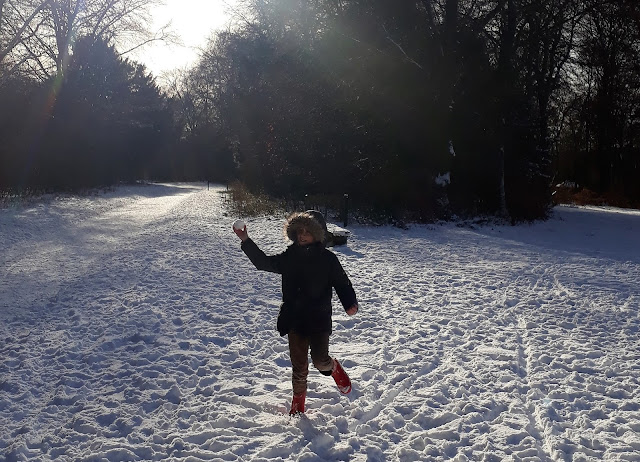 Enough for the dog to go completely mad and skittish, racing around everywhere, sniffing, digging, eating the snow. 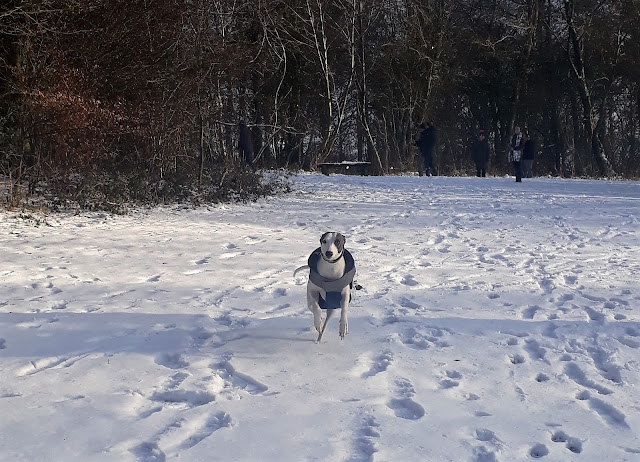 He loves the snow, does Ziggy; like sand dunes and long grass, the texture sends him a bit mad and he doesn't know what to do with himself except dash around madly.

When we weren't in the snow, we were doing things to keep warm: making sweet potato soup, crocheting, sitting in front of the wood burning stove.  I found in the vegetable rack a couple of old sweet potatoes, and in the fridge half a butternut squash and an long-opened jar of Thai curry paste. Throw in an onion, some stock and a tin of coconut milk, and you've got a very warming, spicy soup.

My Goldenrod Sweater is almost there. I've been diligently working on this project for the last month and now have just the second sleeve to do, and then it's ready to be blocked and worn. I have my eye on this one next, although it does look a bit daunting.

We just finished watching The Haunting of Hill House on Netflix, a drama I had to psyche myself up for. It's so scary (lots of jump moments!) but so sad, and so incredibly compelling too. I loved it and felt unsettled by it at the same time. We've now moved on to the equally cheery Conversations with a Killer. We know how to have a laugh in this house. Any Netflix recommendations for us?

I feel like I've been quite happily living in a winter bubble since Christmas, avoiding the news, keeping our weekends as free and quiet as possible, cooking, reading, not going out. It's been lovely but can't go on forever and I'm starting to look out for the tentative peeks of spring when I'm out and about, starting to feel my energy levels creep up as I wake up a bit and make plans for the coming months.

Email ThisBlogThis!Share to TwitterShare to FacebookShare to Pinterest
Labels: Winter