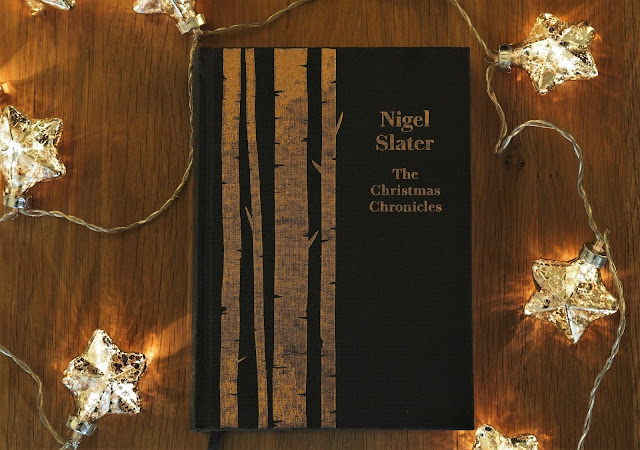 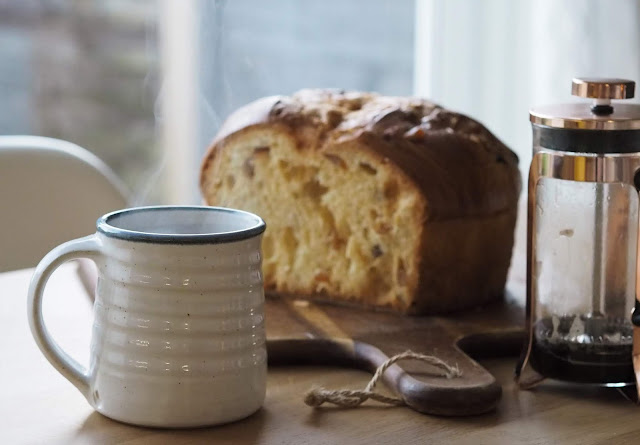 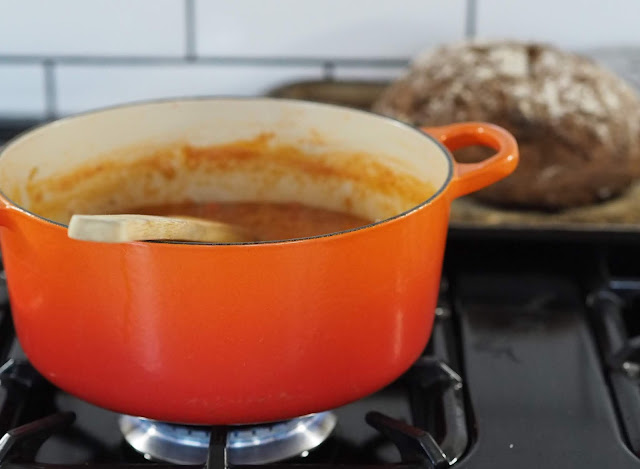 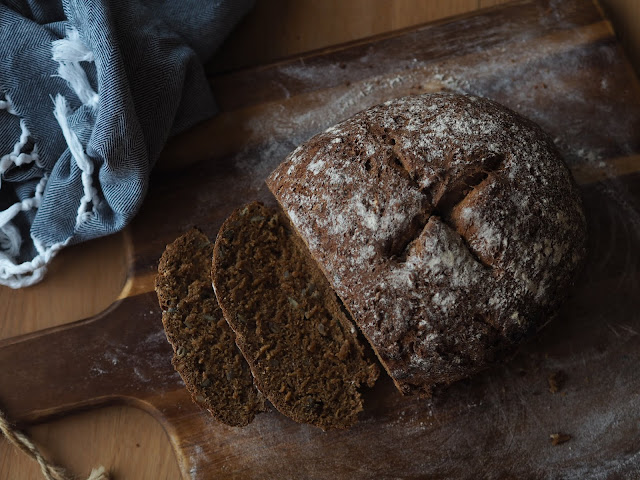 by Nigel Slater. It was one of those occasions when the book was utterly perfect for the time of year, and I thoroughly enjoyed dipping in and out of this book throughout November and December. In fact, I think I most enjoyed the chapters that were from Boxing Day onwards and covered things like leftovers, New Year and cooking in January. It's not just a book for Christmas but a book for winter, and I think it may be my favourite of the twelve I've cooked from this year. Like his Kitchen Diaries books, the format is chronological, starting on November 1st and ending in early February, and as much about home, the seasons, tradition, culture and memory as it is about food.

After a rather indulgent Christmas, I was very taken with the idea of this Spiced Red Lentil Soup, full of warming heat. I liked the simplicity and economy of this frugal vegetarian soup, after a fortnight of too much meat, cheese, cake and wine. I also had an open jar of tamarind paste in the fridge that needed eating up. 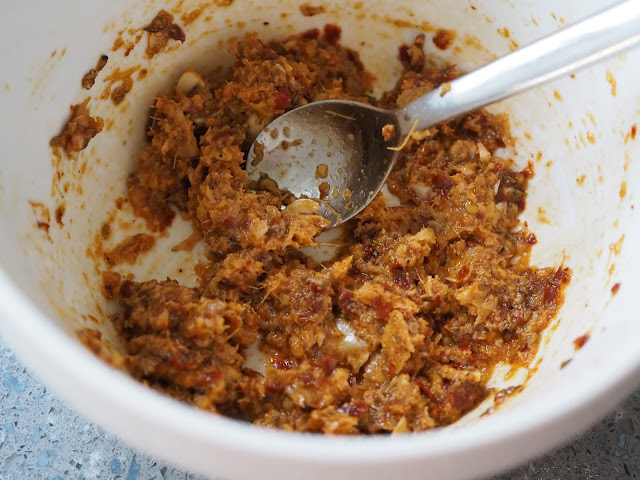 You begin by making a spice paste from garlic, ginger, chilli, cumin seeds and then fry it, adding the red lentils, chopped tomatoes and water. 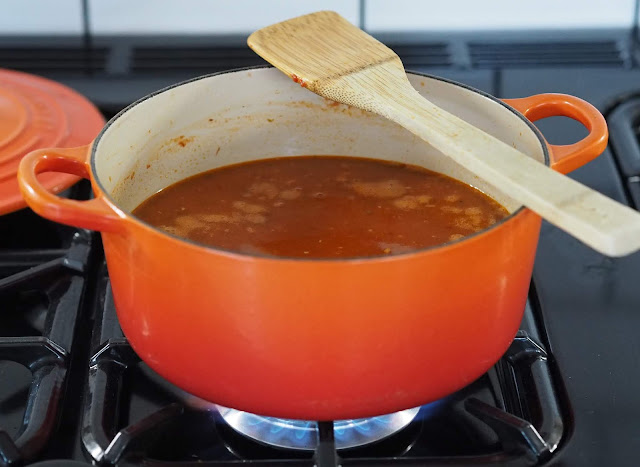 Once the lentils are cooked, the soup is ready and it just needs to be blended. I always use a stick blender as you can easily control the smoothness of the soup. 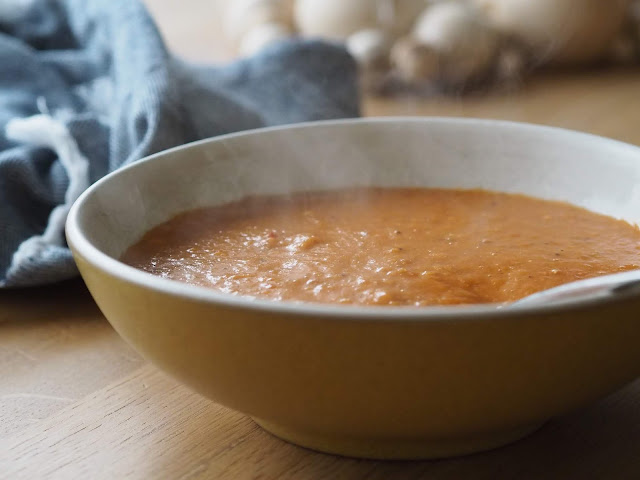 It was really thick - I loosened it up with a little water when I reheated it - and a really nourishing, filling and flavour packed soup. I love lentils. It was too spicy for the children but John and I enjoyed it a lot.

We ate the soup with Rye, Linseed and Treacle Bread, a no-knead bread recipe that I thought sounded good. You use half rye and half strong white bread flour, adding oats, linseeds, sunflower seeds and pumpkin seeds to the dough. The treacle is added to the water and yeast and helps keep the bread fresh for longer, and it definitely does - this loaf lasted far longer than any other homemade one I'd made before. 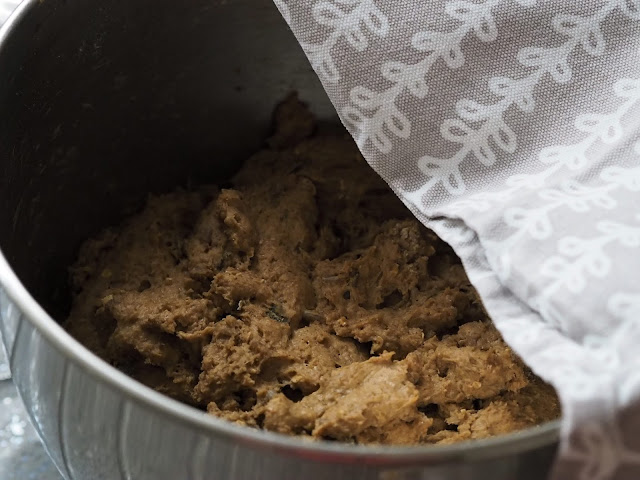 The dough is wet and sticky, almost like cake mixture. After mixing the ingredients you leave it to prove for an hour, then turn it straight out onto a warmed baking sheet, roughly shape it into a loaf, and bake. 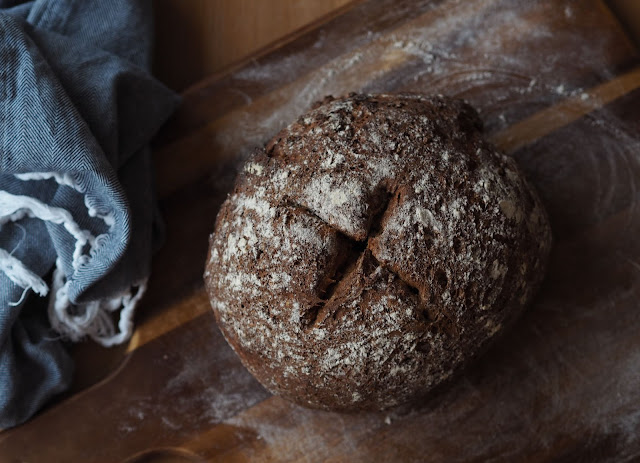 The loaf has the dense chewiness that comes from rye but the strong white bread flour keeps it light. It's a serious bread that you can't just cram in, but I like it more for that, it stops me over-eating. It makes excellent toast, too, a solid slice with the right amount of crunch and chew, and it good with honey or really bitter marmalade. Also, the children loved it as much as we did. (If there's one thing I did right with my kids and food, it's that they like and appreciate good bread.) 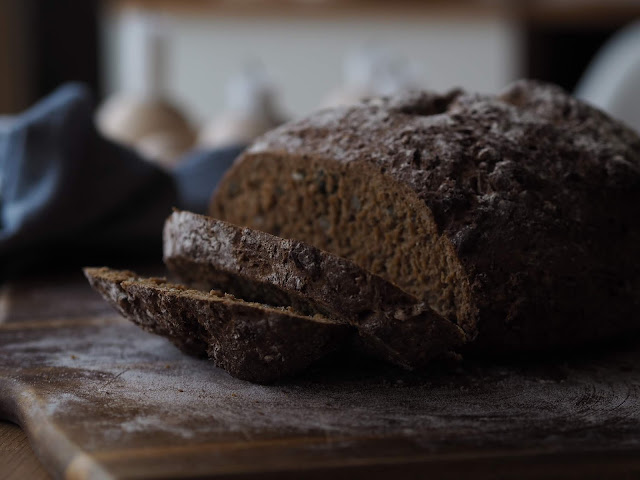 Finally, we have Mincemeat, Apple and Panettone Pudding, a little dream of a dessert that takes minimal effort and is completely delicious. I had panettone, bought in the sales half price, a third of a jar of mincemeat in the fridge that needed eating up, and some sad, wrinkled looking apples that were languishing in the fruit bowl, ignored in preference of the clementines and tangerines that are so good at the moment. 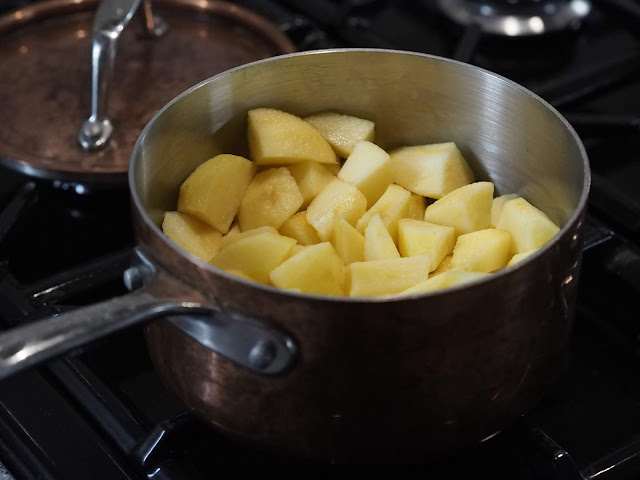 You stew a few apples and lightly stir in your mincemeat before topping the mixture in your oven dish with panettone. The recipe said to make bread crumbs, but I just roughly tore the bread/cake into pieces before tossing it with a little melted butter and sprinkling of demerara sugar. 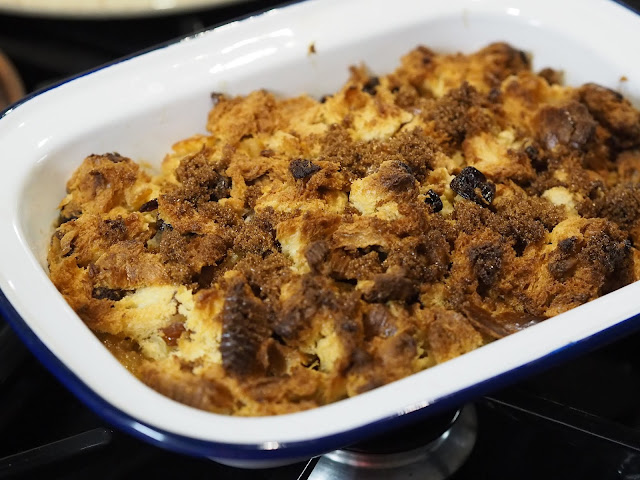 The panettone goes delightfully crispy on top while staying soft and light underneath, perfect with the fruit filling. Some double cream, also left over from Christmas, went perfectly with it. A winning pudding all round, gobbled up by everyone, although Bella and Angus did say that they would have preferred a crumble topping, and I'm thinking that apple and mincemeat crumble might be a very good thing indeed. 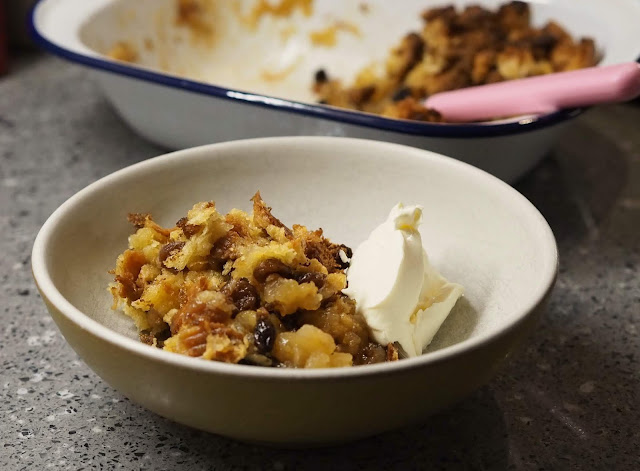 Well, that brings me to the end of my Cookery Calendar Challenge. I love the way it makes me try new ideas and lavish a bit of attention on my much-loved but not always much-read collection of cookery books. I am not sure if I'll continue it into 2019, I'll have to give it some thought, but my love of cooking and cookery books remains as strong as ever. I thoroughly enjoyed working my way through twelve books last year, and I hope you did too. 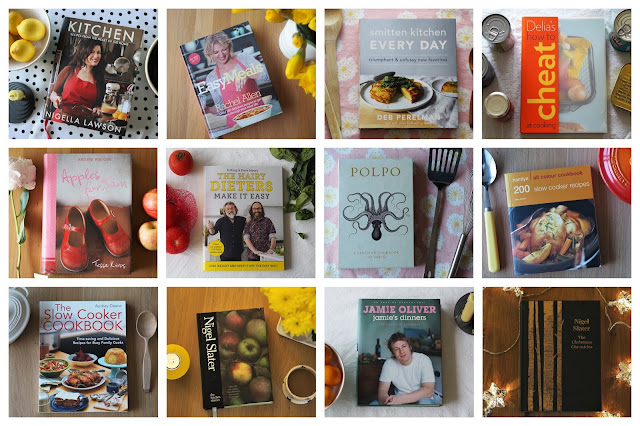