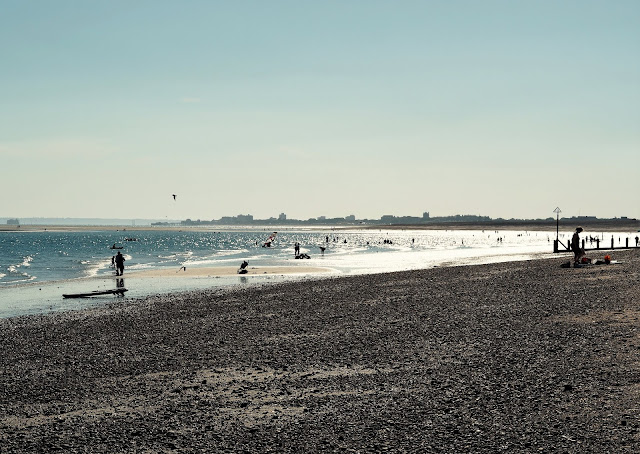 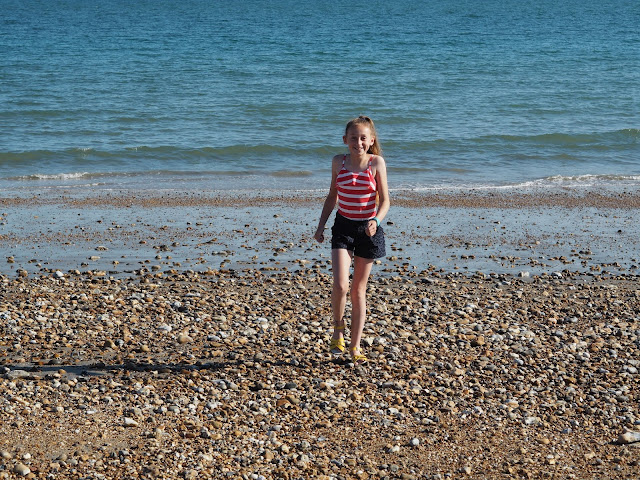 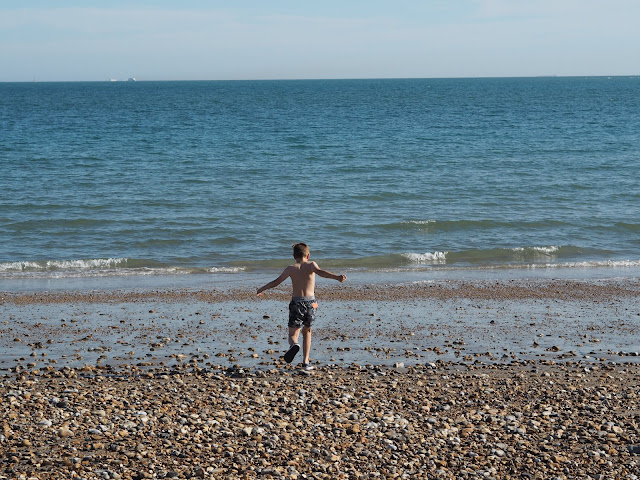 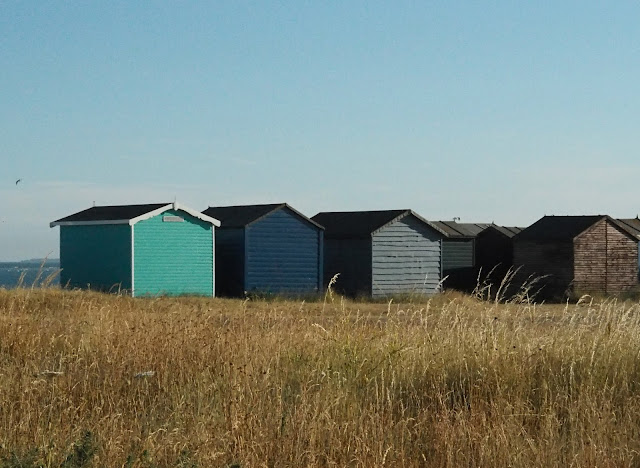 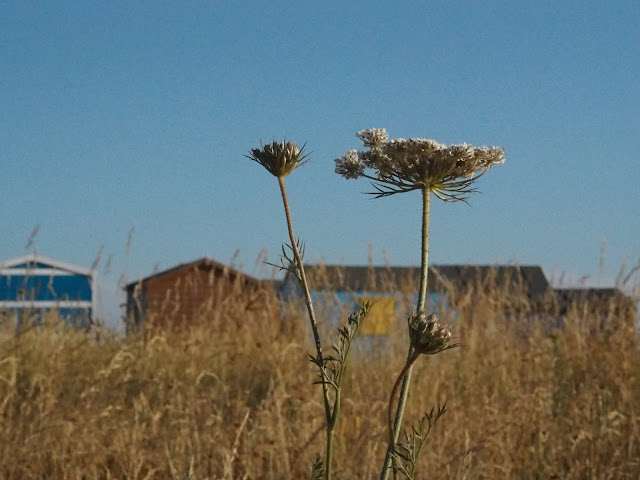 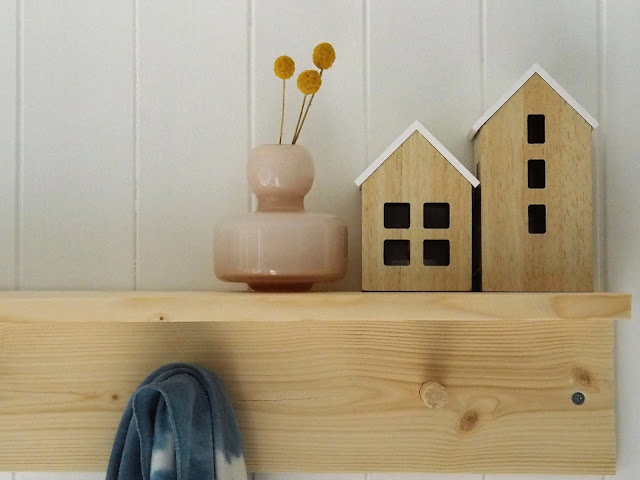 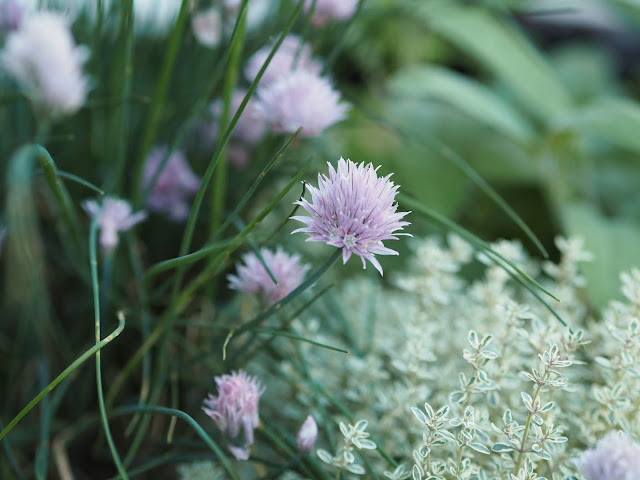 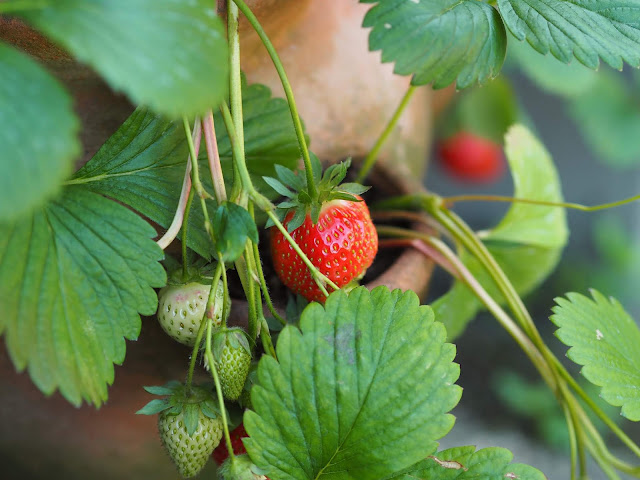 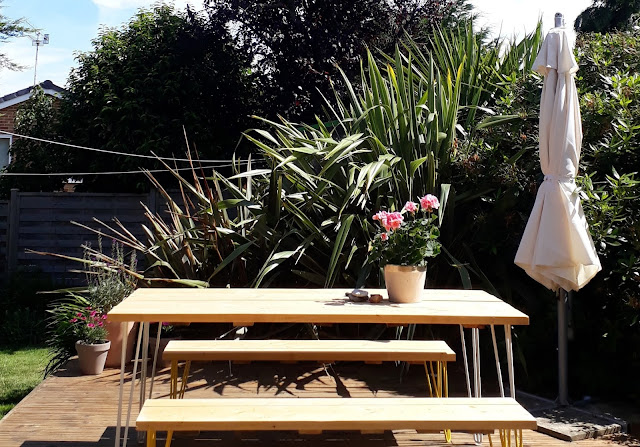 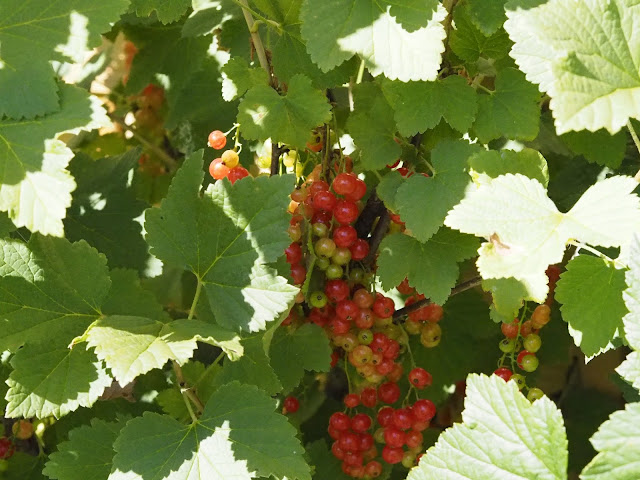 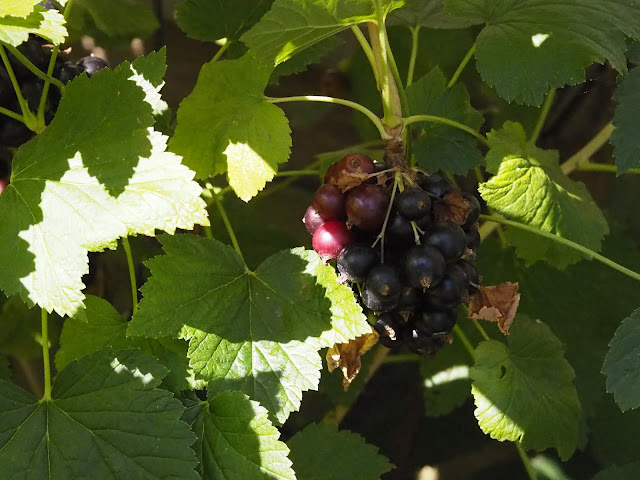 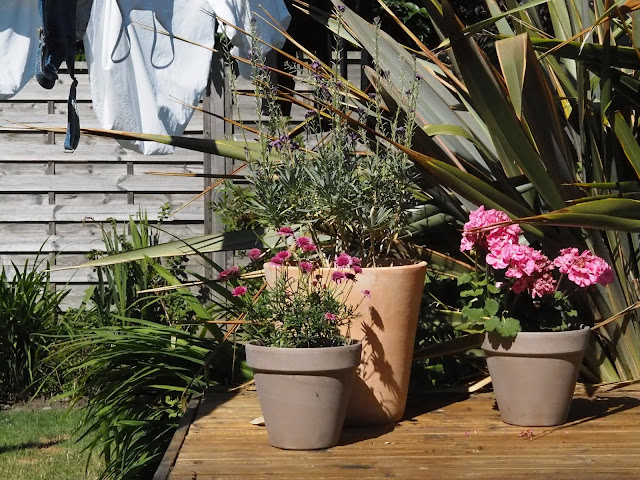 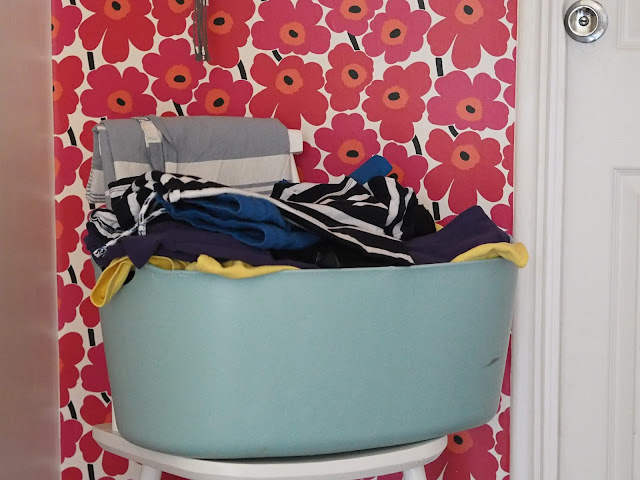 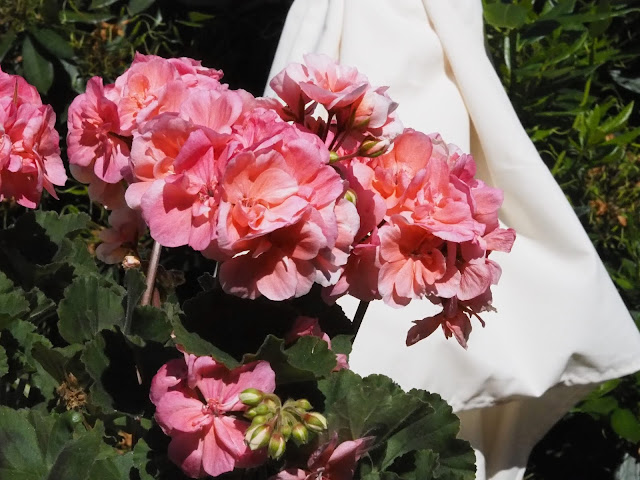 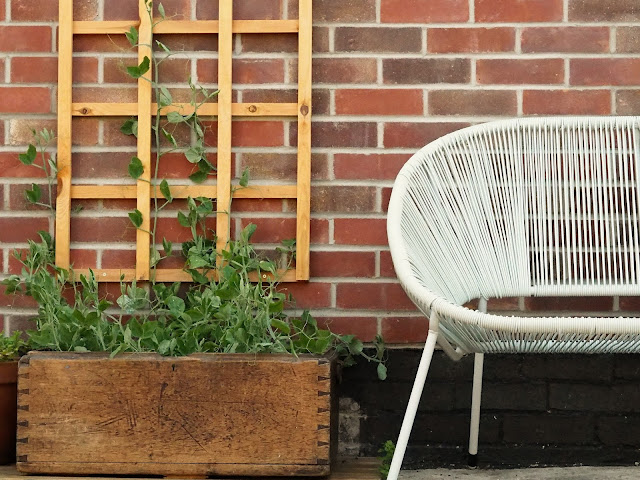 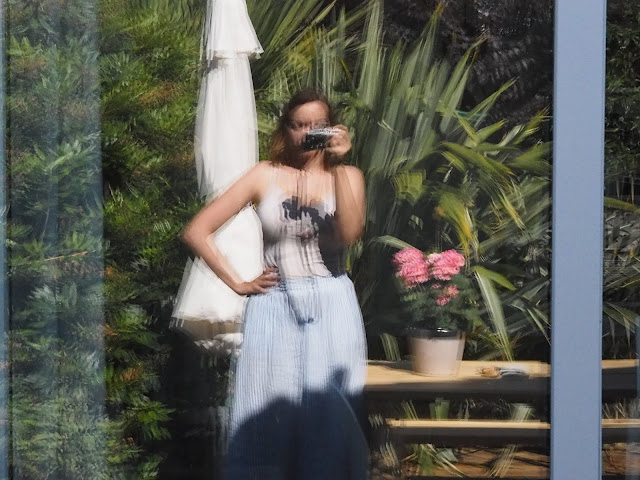 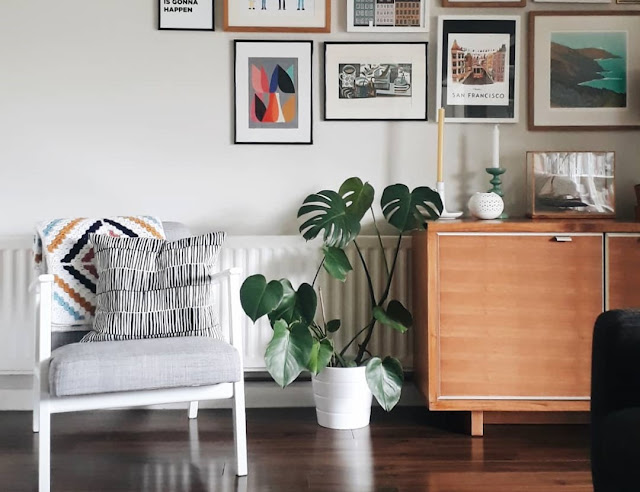 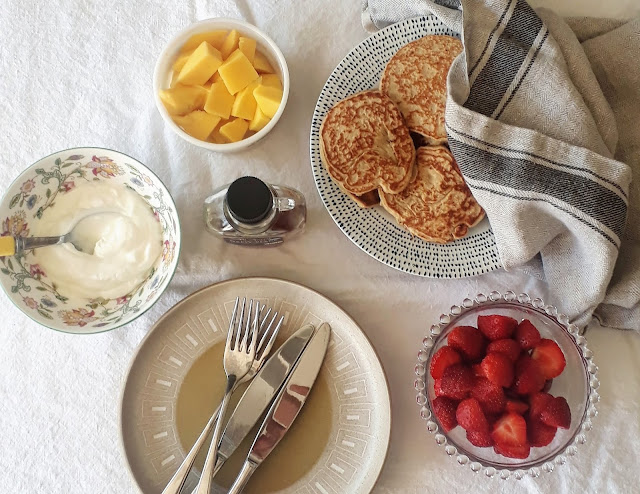 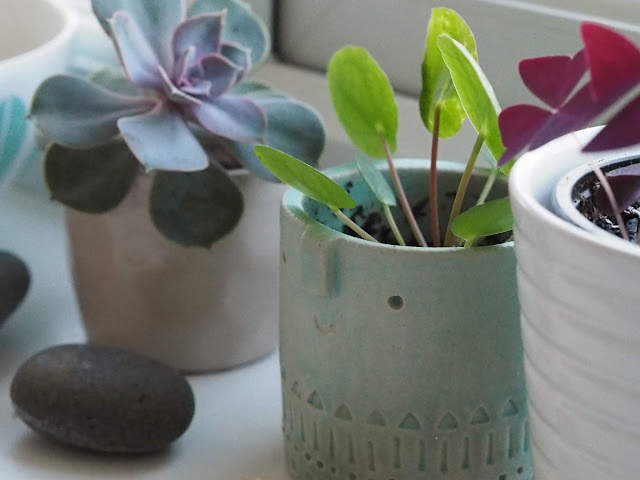 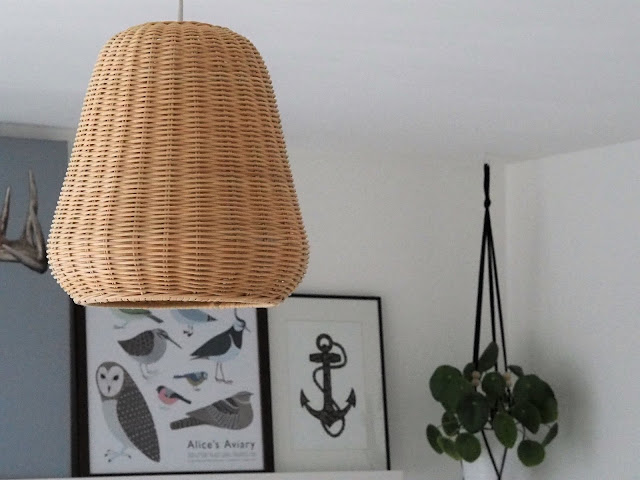 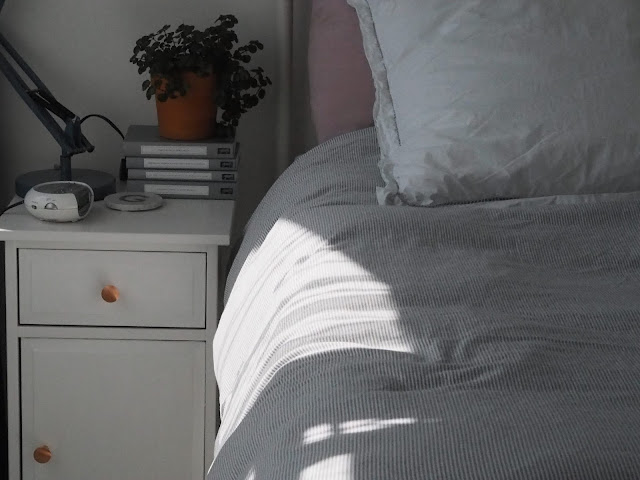 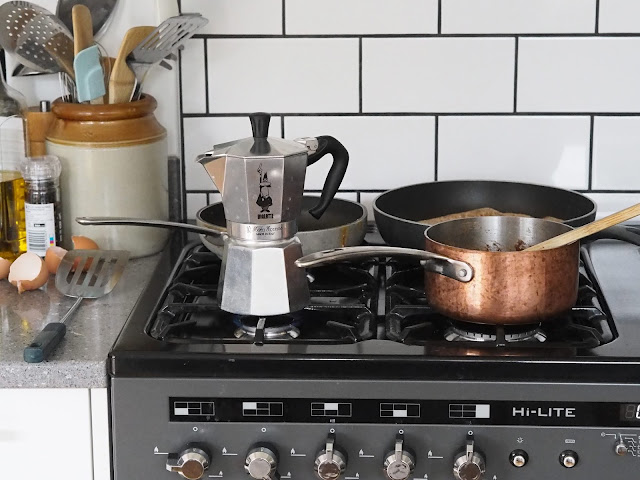 It's really, really warm today. It has to be well over 30°C and there is no breeze, just a grey, headachy sky. I just popped up to Tescos (wine) and spent much longer in there than necessary enjoying their air conditioning. All the doors and windows at home are wide open and...nothing. I'm sweating just sitting here typing. I know those of you who live in warmer climates are probably laughing at me but the struggle is real. Our homes, schools and offices just aren't built to withstand very warm weather and so we all wilt. (It's like when it snows a tiny bit in the UK and everything grinds to a halt; our transport system and cars are not designed for seriously cold weather and so it's safer just to stay at home, light the stove and drink hot chocolate. Safety first.) I am trying really hard not to complain though because we have been enjoying such beautiful weather over the last month with day after day of warm, sunny weather and hardly any rain.  A storm would be good right now though, for my temper and for the garden which is looking a little parched.

Poor Ziggy is not coping with the heat. Lethargic all day, he wakes up late at night when it's cool and suddenly needs letting out in the night again. He doesn't know what to do with himself and can't get comfortable on his bed. Our south-west facing bedroom is cool and airy all morning but by the time we go to bed it's an oven, even with the windows and balcony door open to cool it. I sleep with the windows wide open despite the pollen. (Other hayfever sufferers - do you also think this year has been particularly bad?)

We went down to the beach after school on Friday and I swam in the sea for the first time this year. It was glorious.

The garden is just about holding up in this dry spell, although my erratic watering system probably isn't helping. It's all or nothing. But the sweet peas are slowly climbing and the redcurrants and blackcurrants are almost ready to be picked. I never know what to do with those currants but every year I enjoy thinking about the possibilities.

I have the most ridiculous Saltwater sandal tan lines on my feet now. How is it that my legs don't really seem to tan but by feet are brown year round? It's getting to the point now where I can't really wear any other shoes but I have a wedding to go to in four weeks and I may need alternative footwear! I love my Saltwaters though. I have three pairs and wear them daily, and they last for years. What other shoes can I wear to work then to swim in the sea after work? Brilliant.

We're watching a lot of football and I'm quite enjoying it. I'm not a huge football fan but I do like a sporting event where it takes over for a few weeks, like the Olympics or Wimbledon, and you get quite swept up in the whole thing. John says it's really open this year and anyone could win. (Except England, obviously...)

Our fruit intake has rapidly increased in this weather. We've been eating watermelons, mangos and Galia melons like they're going out of fashion, not to mention the British soft fruit season, and it's heavenly. A slice of watermelon, fresh from the fridge, is my current after school snack. We've been barbecuing lots more too, and I have some chicken breasts marinating in the fridge right now in a mixture of white wine, olive oil and herbs. We'll butterfly and grill it, and eat it with a tray of roasted vegetables I put in the oven a while ago. Actually, the kids probably won't eat half of those - I'd better stick a tray of oven chips in too.

One last thing - something rather lovely happened. Our home is in this months issue (94) of Mollie Makes. I shrieked when I read the email from them as I think they feature really interesting, lovely homes and their home tour is always the first part of the magazine I read before the patterns or anything else. I'm a fan. Anyway... 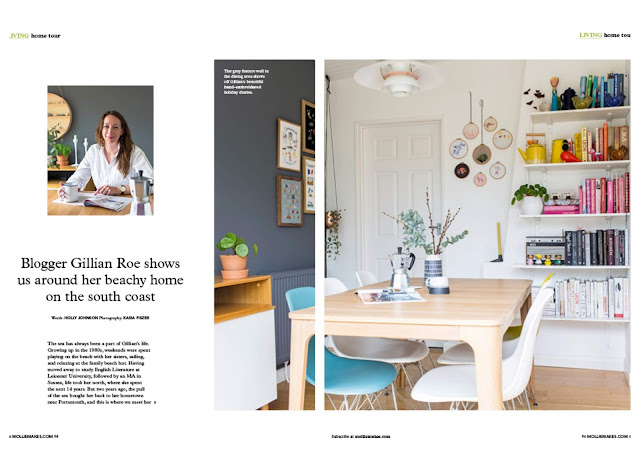 Right, we need to light the barbecue, and I need to open that bottle of white wine. Have a great week!
Posted by Gillian Roe at Sunday, July 01, 2018