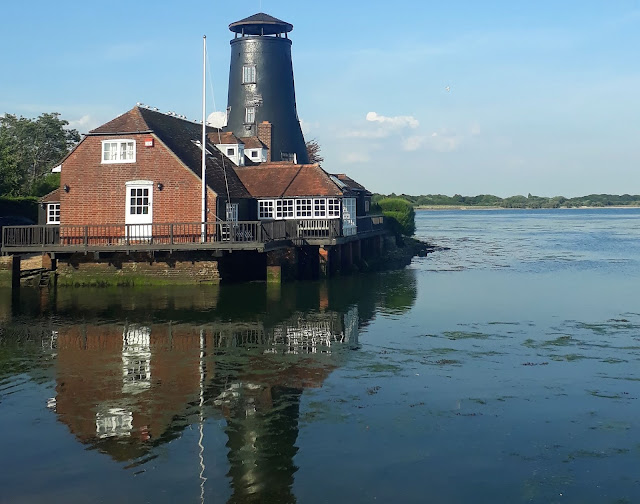 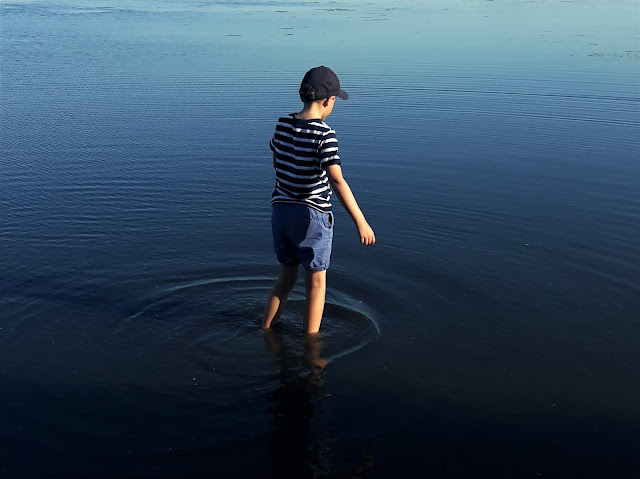 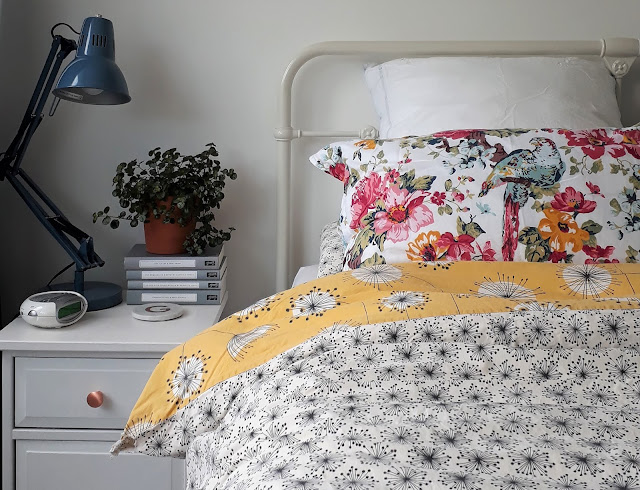 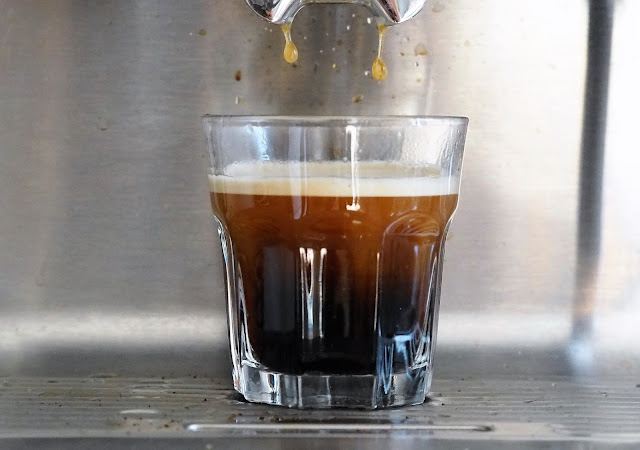 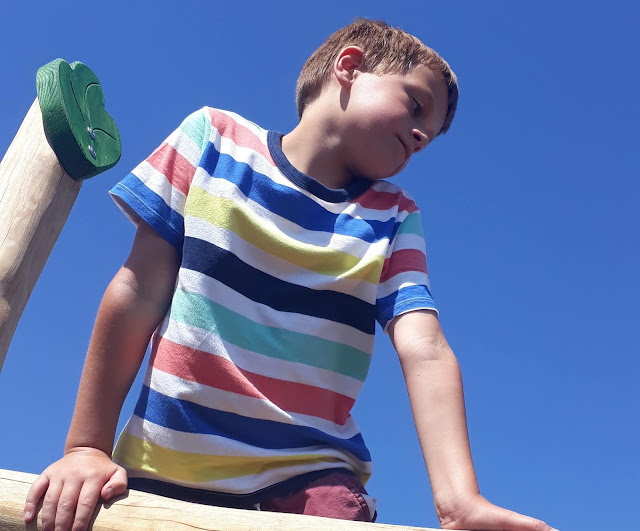 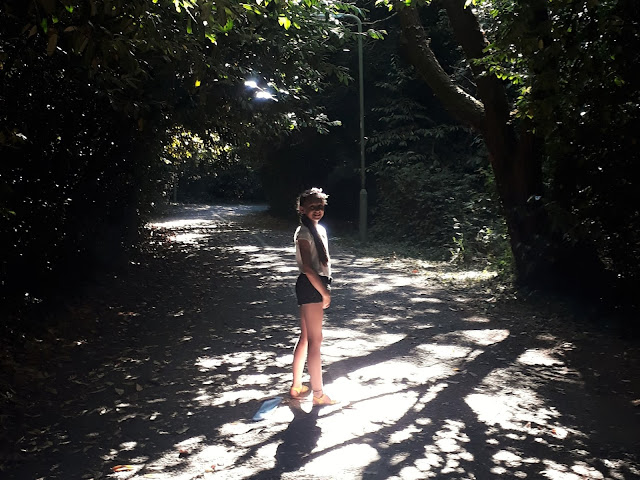 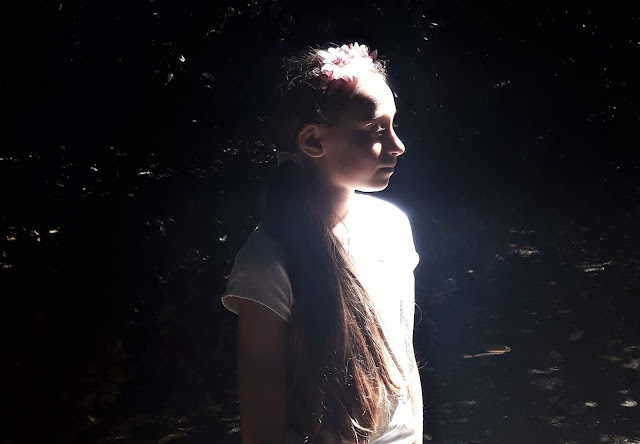 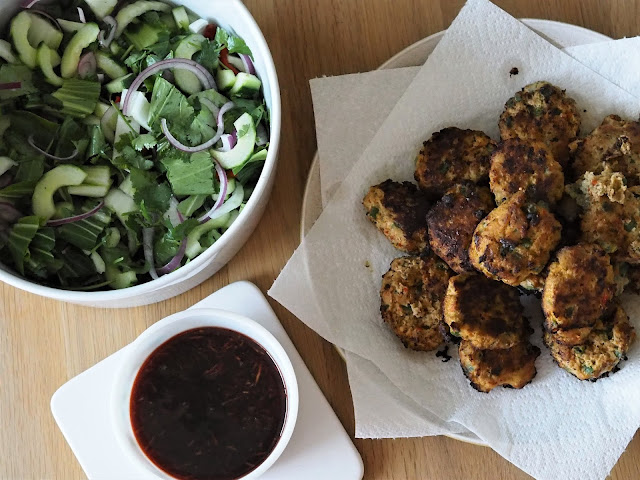 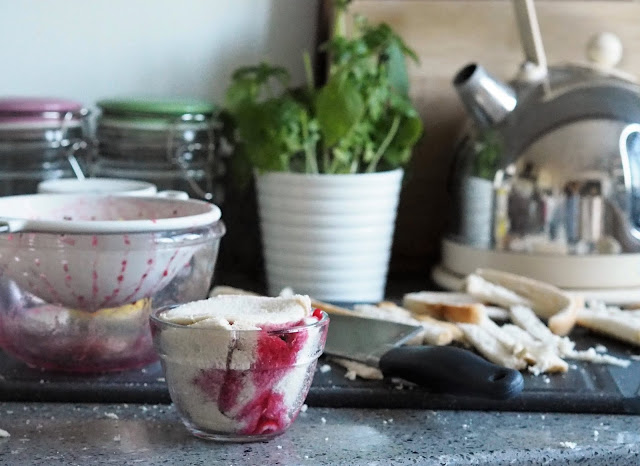 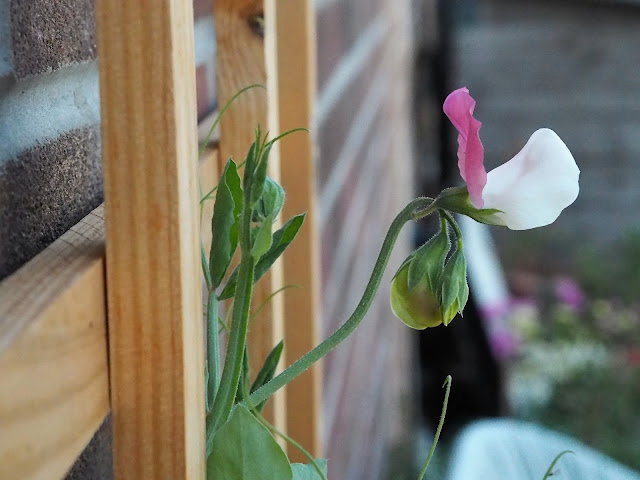 I don't think we've had any real rain in our corner of England since the end of May. We've had the occasional light drizzle, the kind that evaporates in the heat before it even soaks in to the ground, but no heavy showers. I dreamt the other night that we'd had a downpour and was convinced that I'd turned over in bed to the sound of rain through the open windows, but sadly not. 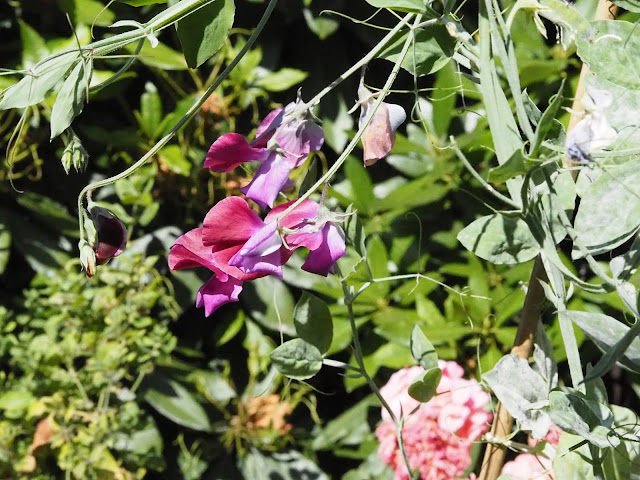 I'm watering the plants alternate nights and using the sprinkler as sparingly as I can, maybe twice a week for half an hour at a time, but the grass is more yellow than green now. Every time I run the cold tap for a glass of water I take the washing up bowl out into the garden and throw whatever's in there over the nearest pot, which happens to be the sweet peas, and they are doing nicely. 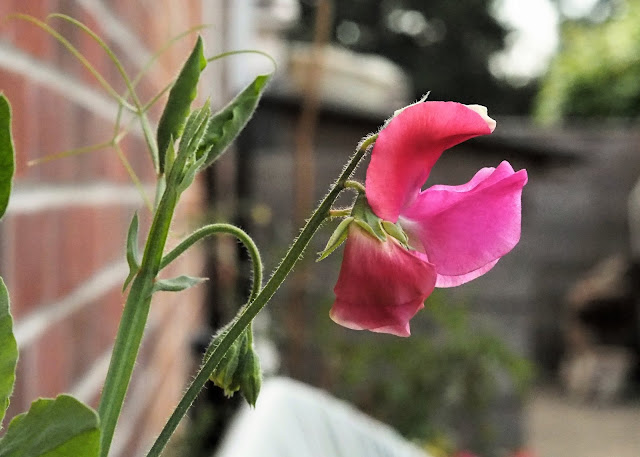 I'm picking them as fast as they grow and enjoying their sweet fragrance around the house. 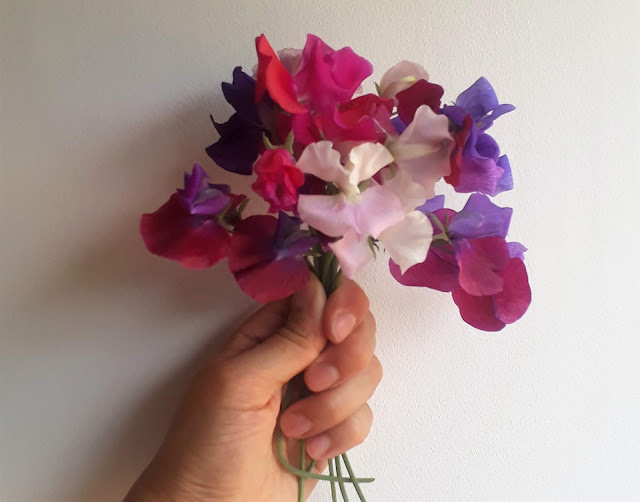 My tea consumption has rapidly dropped and been replaced by iced coffee. I still have a cup of tea first thing in the morning, but mid morning and after school I just want something cold. One shot of espresso poured over ice and topped up with milk is my favourite thing. 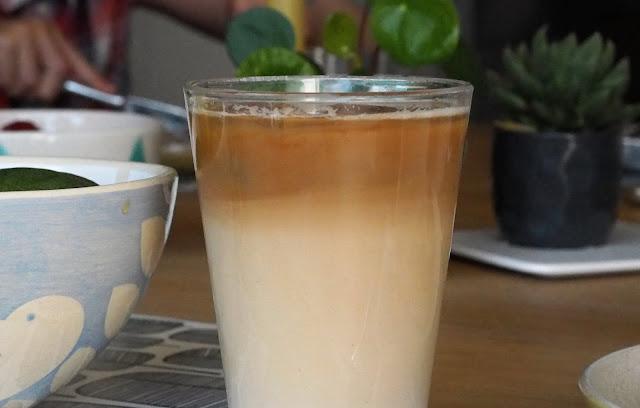 I extended the theme with coffee and maple ice lollies, from The Modern Cook’s Year

. Made up of equal quantities full fat milk and natural yogurt with espresso and maple syrup, you just blend it all together and pour into moulds. They are definitely not for the children, but ideal when I am feeling in need of both being picked up and cooled down at the same time but can't really justify an espresso martini. 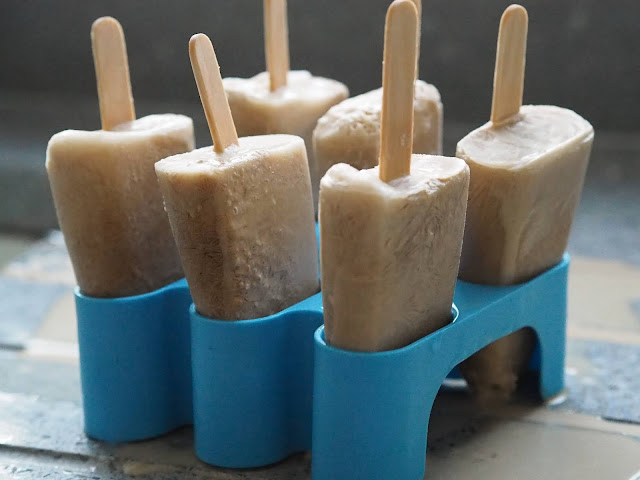 I am overrun with redcurrants and blackcurrants at the moment, and very happily so. I forgot to weigh the redcurrants but had enough to make a batch of jelly (this recipe) which I then turned into a sweet chilli dipping sauce, and we ate that with Thai fish cakes and a cucumber salad with a bottle of cold beer, on our laps while watching England play Sweden last week. 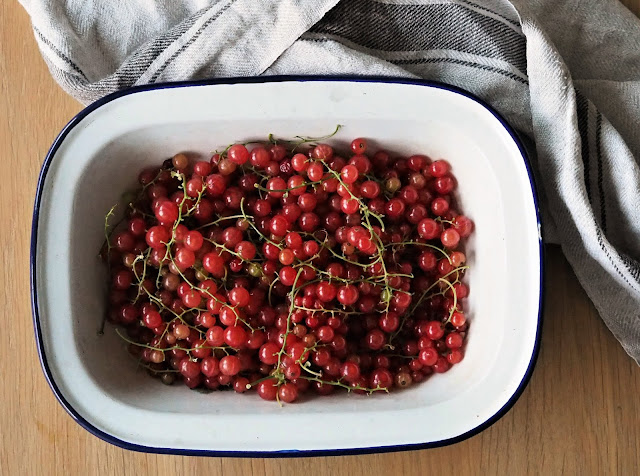 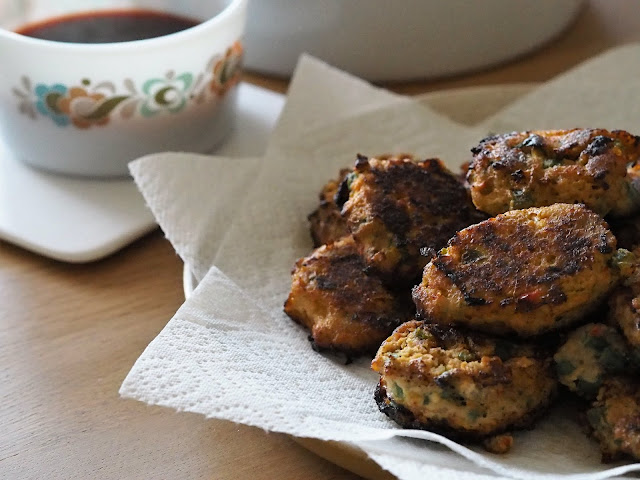 I picked a kilo of blackcurrants though, and have half as much again in the freezer from last year. I am thinking ice cream and jam, but all these currants deserve a post of their own. I am obsessed with the soft fruit season and, while I haven't baked for weeks (too hot), I have been cooking and eating so much fruit. Some disappointing plums, a bruised nectarine and some too-soft strawberries were all stewed with a little sugar into a compote and I've been eating it with Greek yogurt for breakfast. 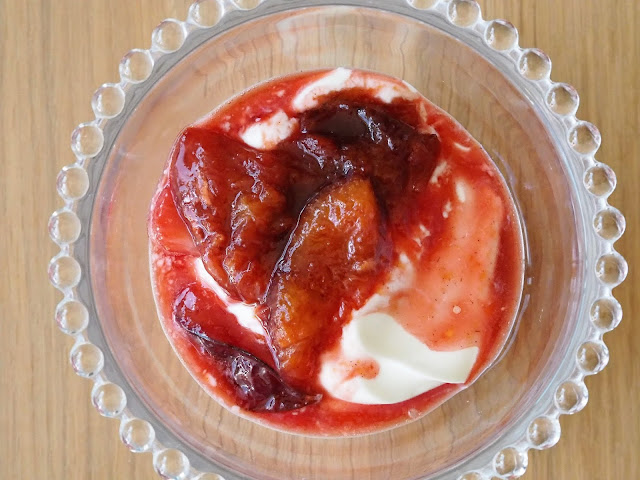 Our weekend dog walks have been shorter and later, and successfully combined with early evening drinks in pub beer gardens. Ziggy does pester for a crisp though. 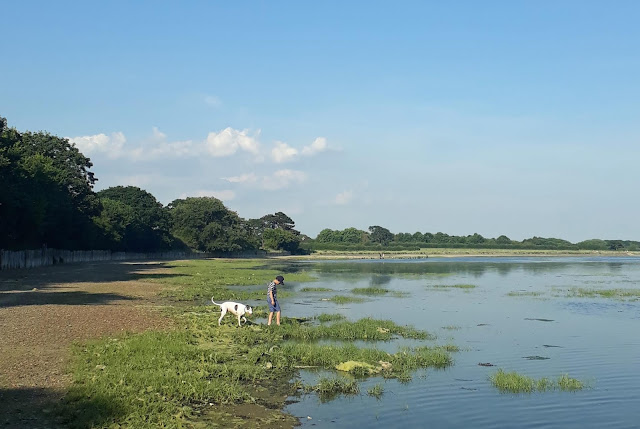 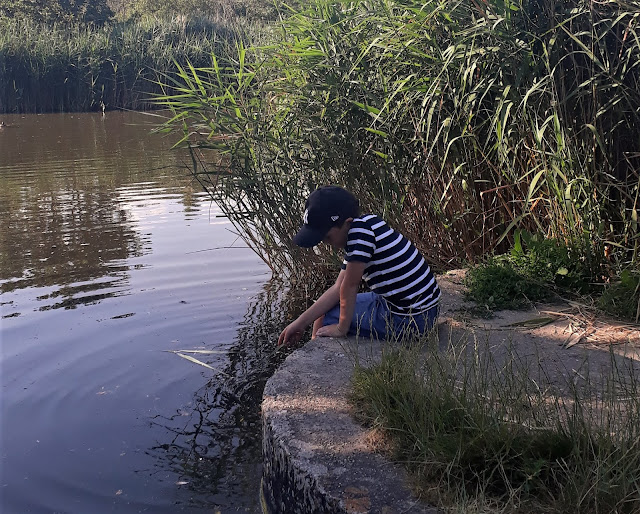 The last two Sunday afternoons were spent at the beach, with dips in the sea both times, and it's becoming a routine that I enjoy, the upside to this heat. We finish school this Friday and I'm at a point where I am tired, quite grumpy and very busy, with a messy house, full washing basket and overdue phone calls and emails. I'm at once fed up with the heat but not ready to say goodbye to it yet, because it's about to be the school holidays, and no-one wants cool, grey, wet weather for the six weeks that the children are home, do they? I don't.

Thank you so much for your comments on my suitcase craft room. I haven't had a response to a post like that in ages, and it was lovely. Thank you.