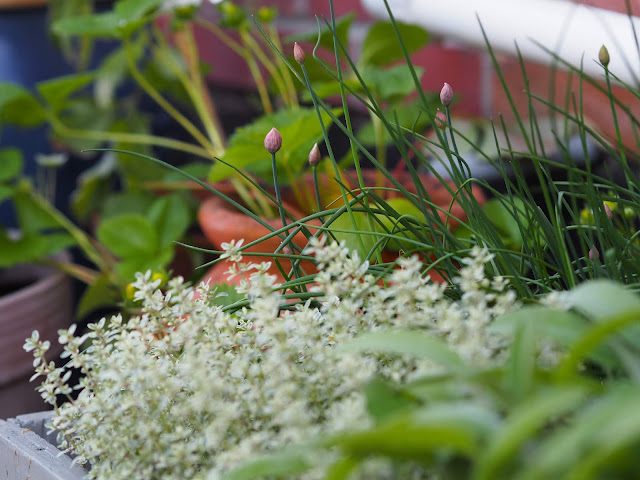 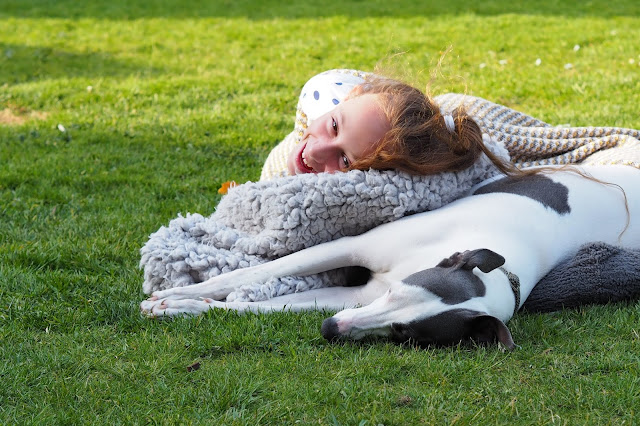 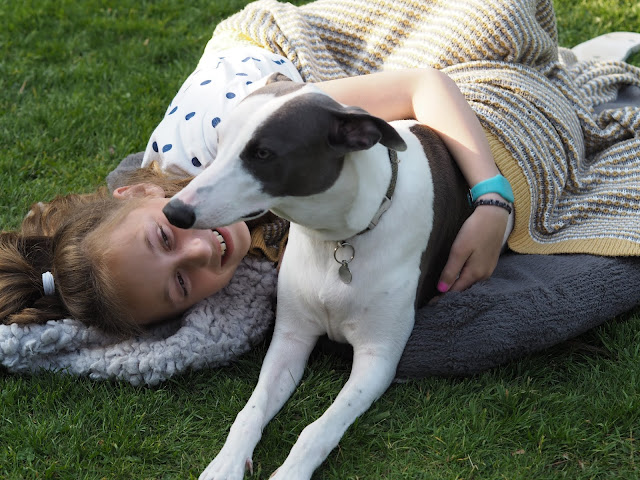 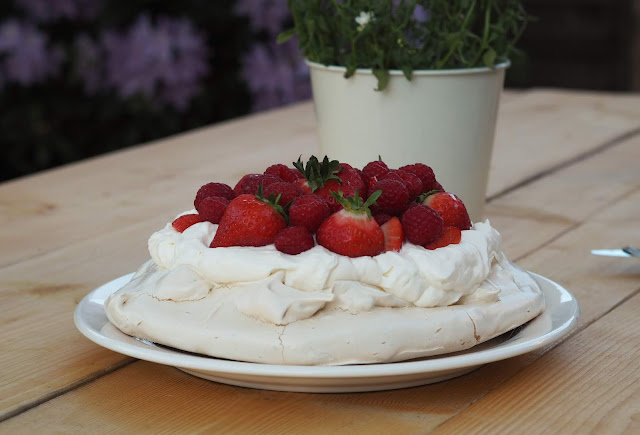 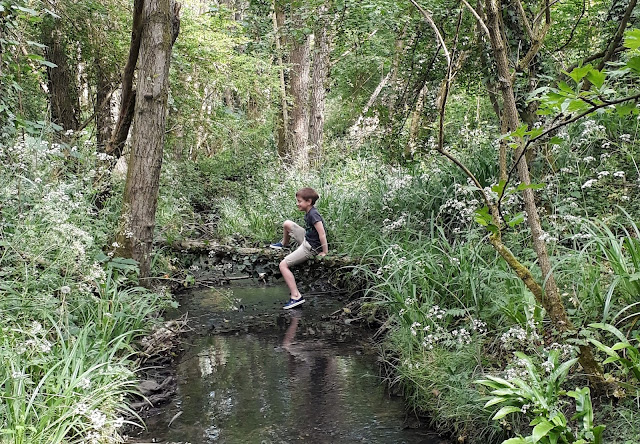 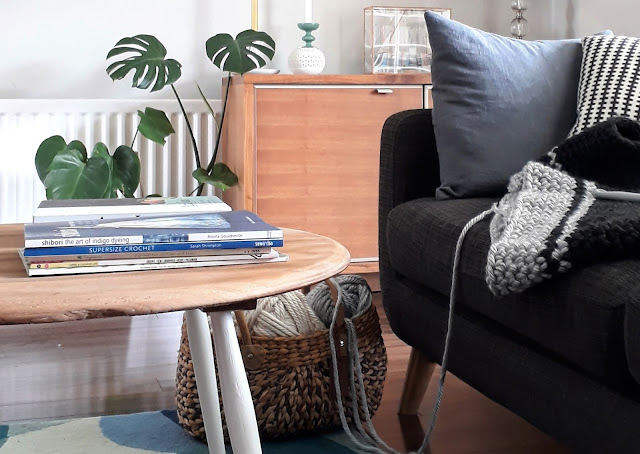 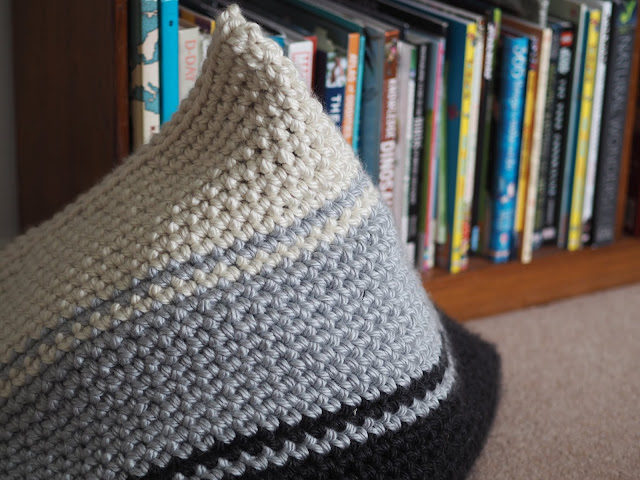 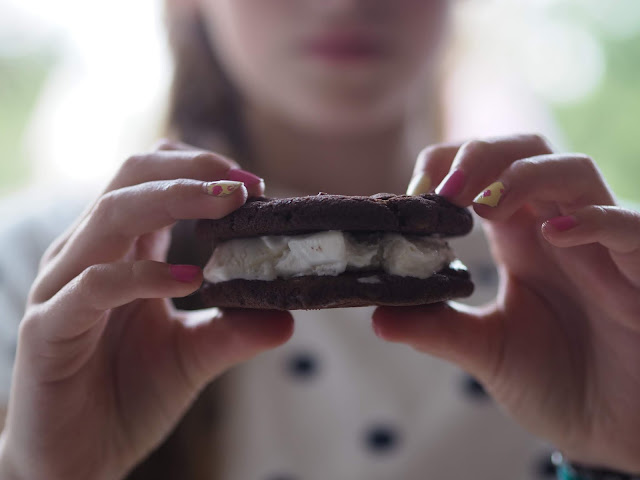 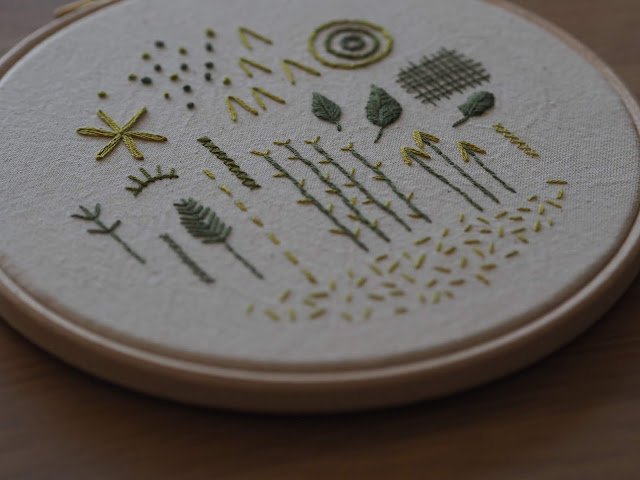 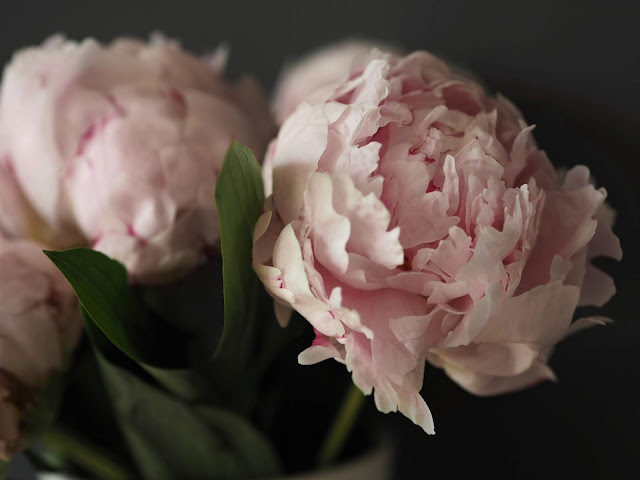 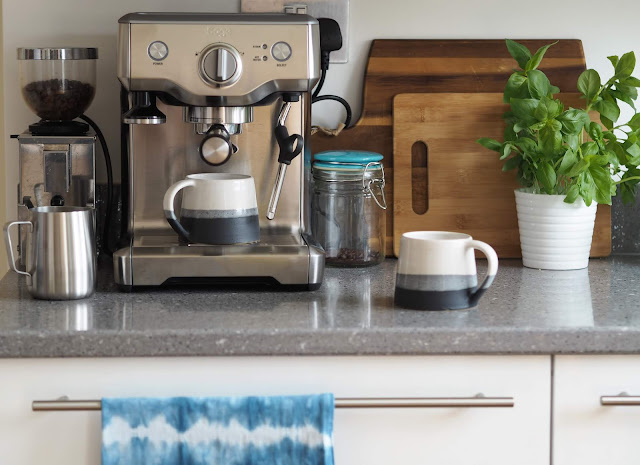 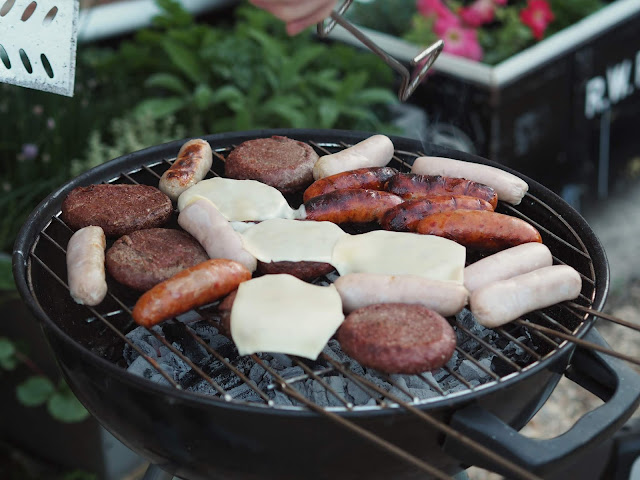 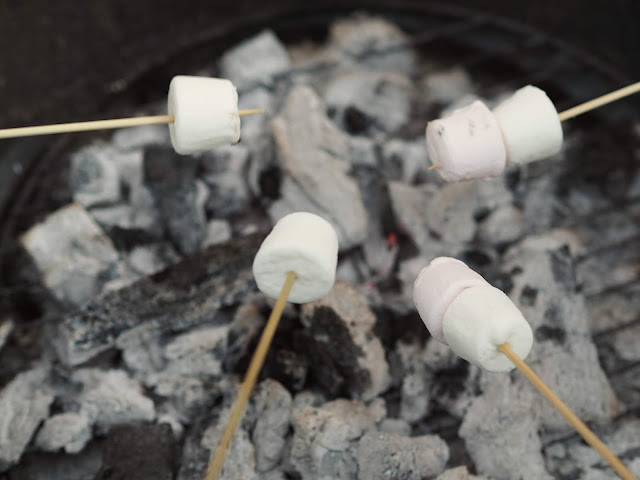 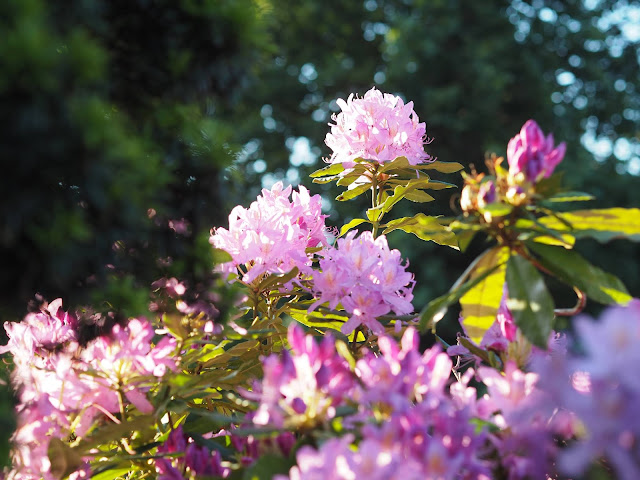 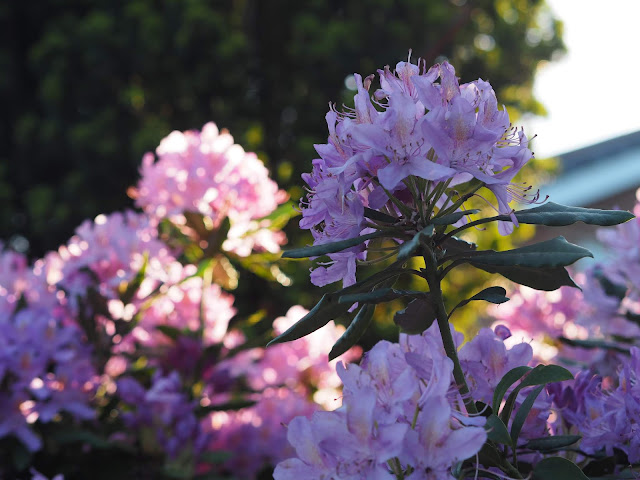 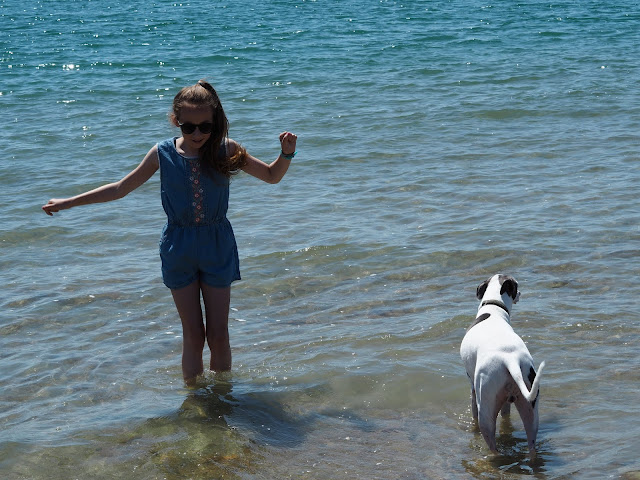 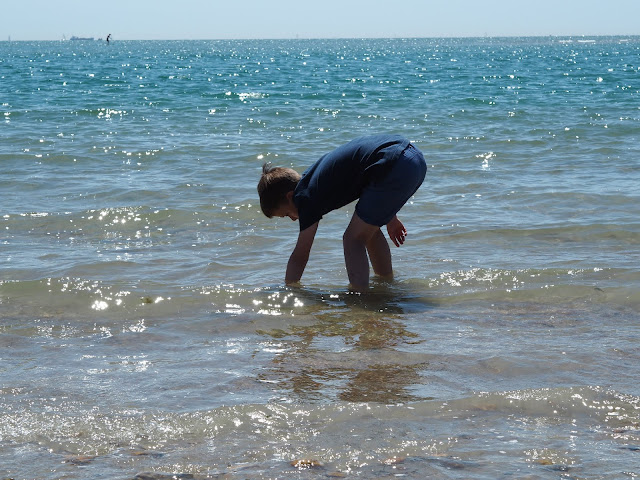 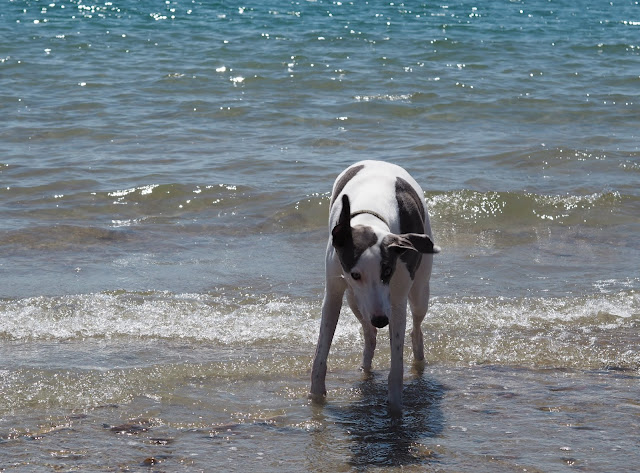 Every time we go to the beach, Ziggy ventures just that little bit further into the sea. Today, he went in up to his armpits. Some of the things he loves the most - Bella and Angus, other dogs - all go in the sea but he is very wary. I can't see him doggy paddling any time soon. 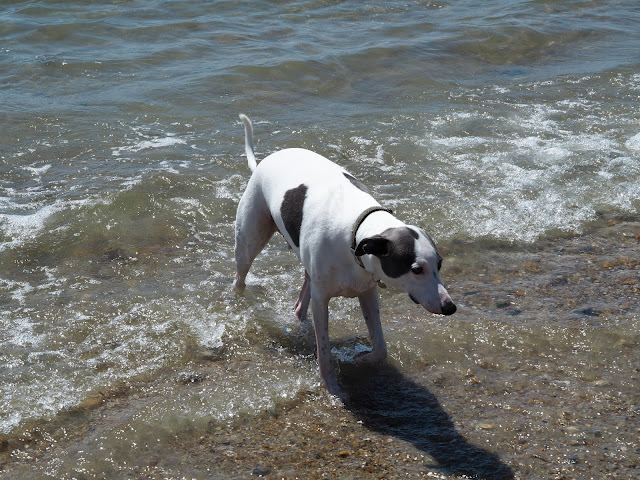 I think its still late spring, but the weather feels like summer, and I bought my first bunch of peonies this week, always a sign that summer is on it's way. It's been gorgeous here this weekend, just the right amount of warm and sunny without everyone feeling like they're wilting. In fact, as I sit here at the end of a week off with such a sense of contentment, I think that it's been a pretty successful half term. Our friends from Yorkshire, old and dear friends, came to stay this weekend and it was such fun. We ate and drank a lot, chatted, stayed up late planning holidays, went out for lunch, to the woods, to the beach. The weather has been mixed but good when it needed to be - the bank holiday and this weekend - and the rain midweek meant that I haven't had to water the garden much. We've completely worn out Ziggy and he's now slumped on the rug in the living room, out for the count.

We've eaten well; barbecues, ice cream-cookie sandwiches, pavlova, plus a few lunches out for half term treats. There was also Nigella's chocolate coca-cola cake to celebrate John's birthday. I went a bit overboard with the icing but I don't think anyone minded. 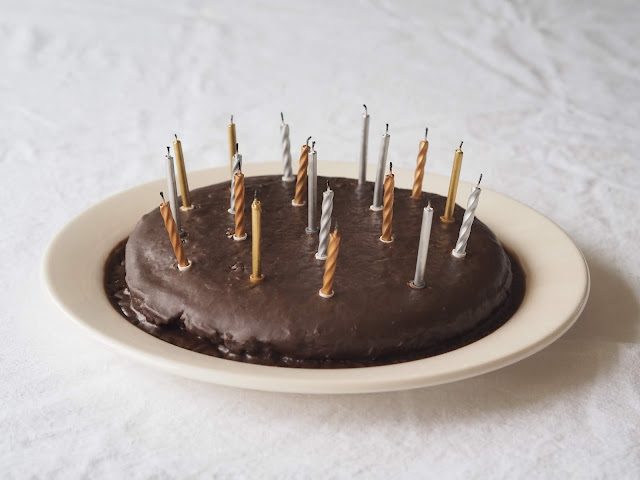 There are nineteen candles on the cake because that's all I had left. Add another twenty one and you'll have his age. His gift was a shiny new coffee machine which he's having fun getting to grips with. I'm having fun drinking all the coffees he keeps making. 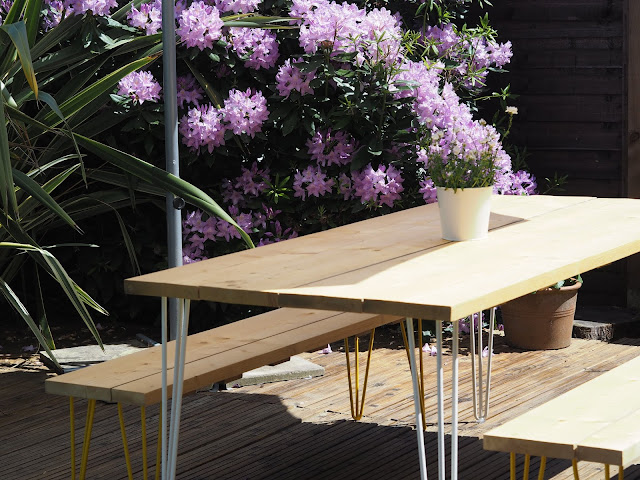 We have spent every moment we could in the garden and it honestly has been like having another room. Fed up with our hard wooden garden bench which is crippling to sit on for more than ten minutes, we bought a new one. John happened to see it was on offer and before you knew it we were discussing which colour we should get. 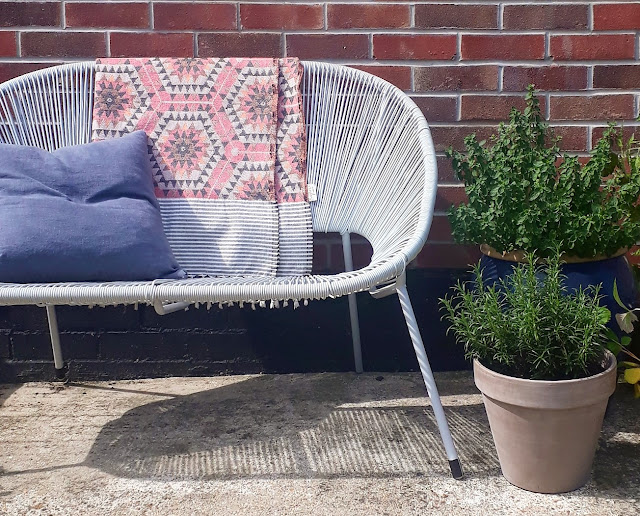 It's the most comfortable bench I've ever sat on, like a sofa, and everyone wants to sit on it all the time. 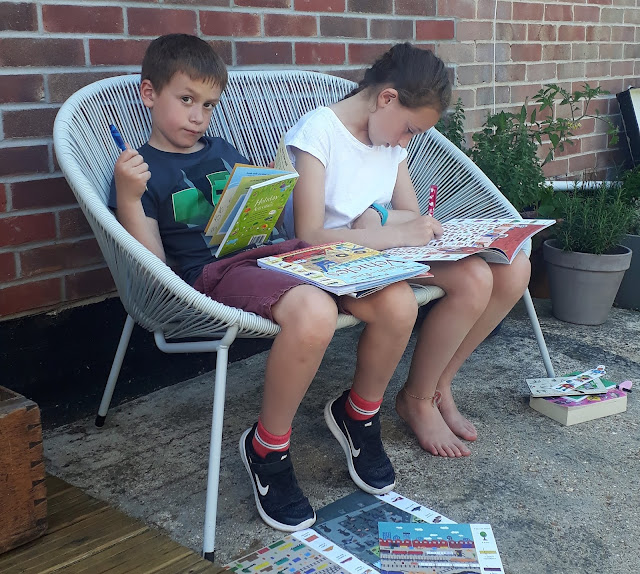 John sanded and painted the railings that encircle the balcony at the front of our house. They're a lovely period feature of our 1960s home but not the most fun DIY job to do, and one we'd been putting off since we moved in over three years ago. The whole job was hot, dirty, fiddly and awkward, and John worked really hard on them. Everyone else around us has painted theirs black so of course we went for mint green. They are glorious now, and the colour goes with the grey roof tiles and hot pint flowers I planted in the hanging basket by the front door. Every time I drive down the street towards the house and see them it makes me happy. 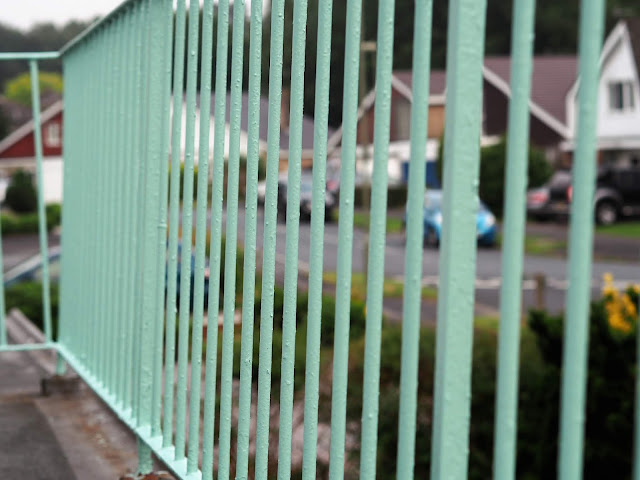 Meanwhile, I was sanding and painting something else indoors: one of our chairs, which Ziggy had chewed really badly. (Incidentally his chewing is much better now, although don't ever leave a pair of sunglasses lying around, and he hasn't really destroyed anything for a while. He's moved on to digging. So that's good.) Anyway, the ends of the chair arms were so badly chewed that we just sawed them off, then sanded the rest of the chair. 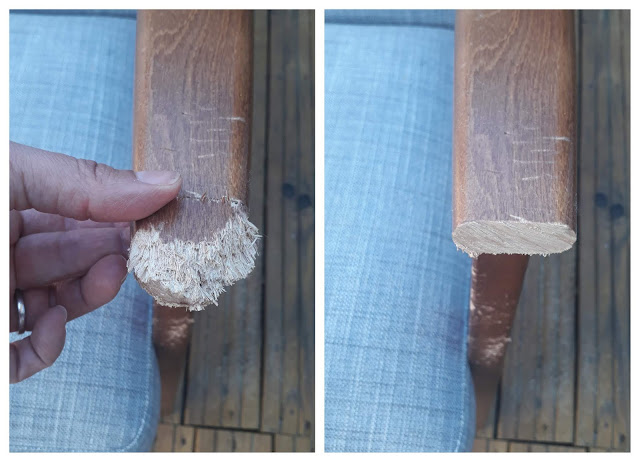 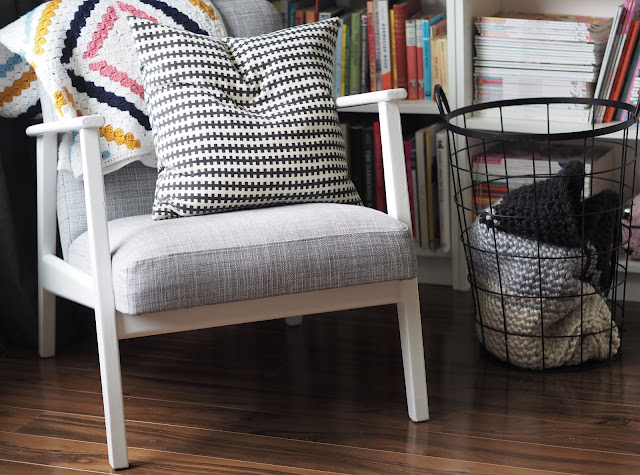 As well as all this DIY and gardening, there was lots of craft time this week too and I got a few projects finished, including this large floor cushion for Angus's room. 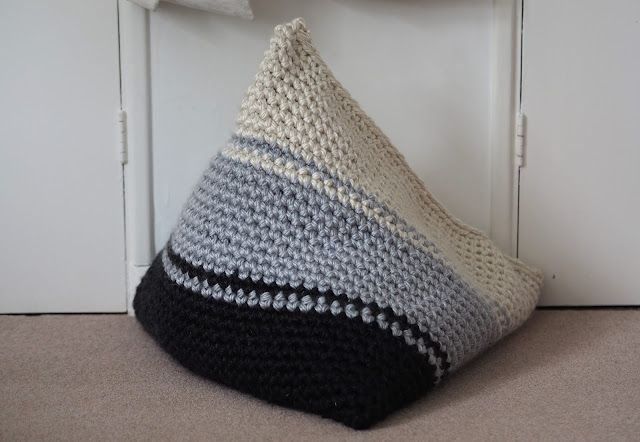 It's based on a pattern I saw in Supersize Crochet but I just couldn't follow the pattern exactly because it called for ten balls of t-shirt yarn and at around £9 a ball that's one expensive floor cushion. So instead I found some super chunky acrylic yarn and played around with hook sizes until I was happy. Actually, the design is really fun - you crochet a kind of square cushion shape and then, when you're ready to sew it up, you lie it flat, then pick up the centre of the front of the top row and match it to the centre of the back row and then make that your seam, creating a pyramid shape. It's hard to describe but really effective. I made an insert with cotton to hold all the beanbag filling - my, that stuff is hard to work with, it wants to go everywhere, and any you drop on the floor pools together like mercury -  and I'm happy with it, Angus loves it, and so we're calling it a success. 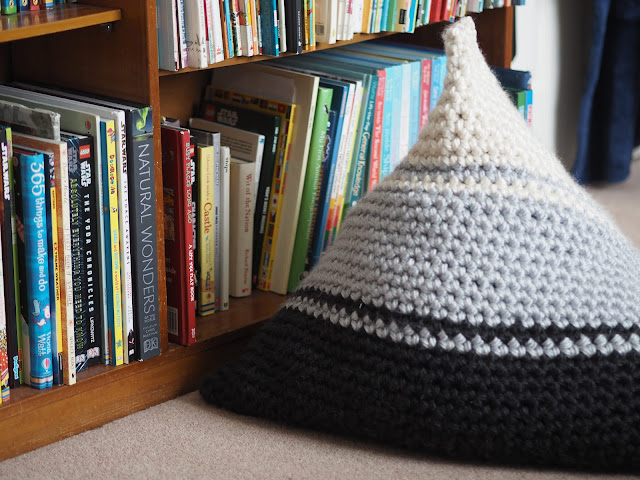 This stitch sampler from the Spring Craftpod is another addition to the hoop wall. I enjoyed the reduced colour palate of just a few shades of green, and the simplicity of the design. I also enjoyed sitting in the garden quietly working on it here and there. 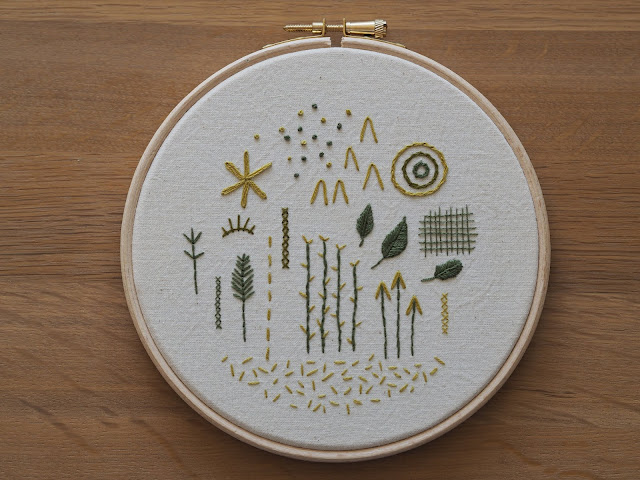 So yes, a good week. It's back to school and work tomorrow for seven more weeks. Deep breath, dig deep - it's going to be busy. But I am hoping for lots more good weather and time in the garden between now and then.
Posted by Gillian Roe at Sunday, June 03, 2018