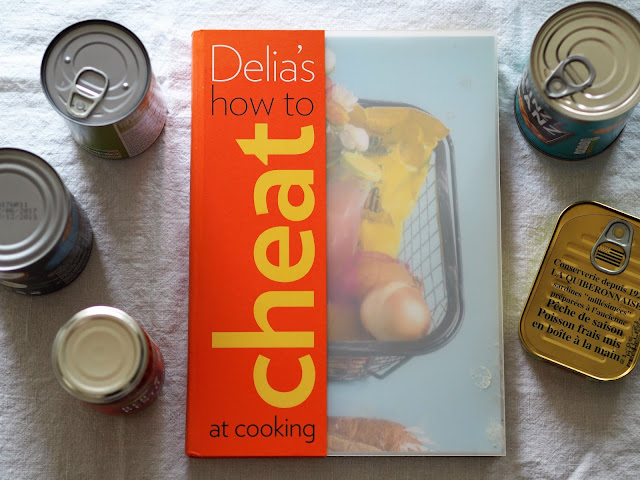 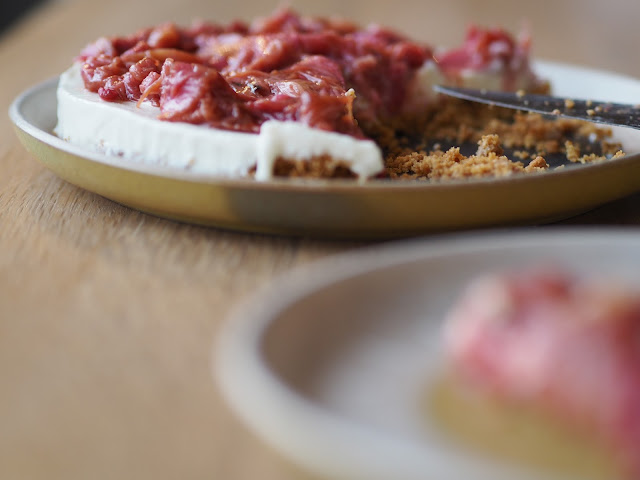 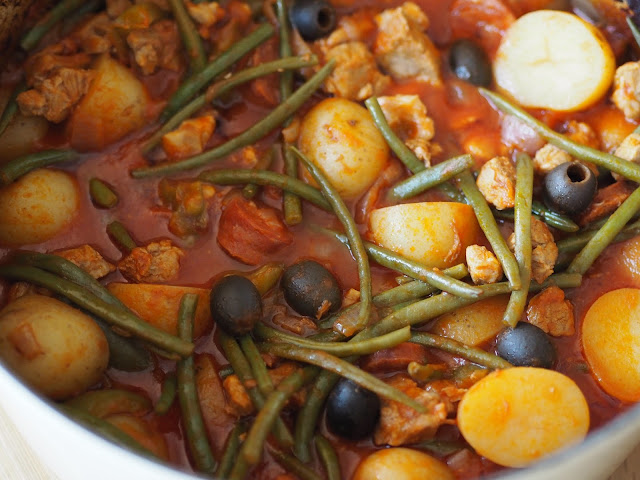 Hello! Welcome to April's Cookery Calendar Challenge, a monthly post in which I join in with Penny of The Homemade Heart and dust off a much neglected cookery book from my shelf and try out a couple of new recipes. April's book was How to Cheat at Cooking

by Delia Smith. I seem to remember that, when this book was published, quite a lot of (male) chefs and food writers were quite sniffy and disparaging about the style and tone of the book. For some, it was a short-cut too far, using so many ready made and pre-prepared ingredients in a recipe and while I am never going to buy or use a tin of minced beef, even if it is from M&S, I won't judge anyone else for doing it. I don't tend to succumb to the quick and easy style of ingredients like pre-chopped vegetables to save time (much too expensive and unnecessary plastic packaging) but I will buy ready made sauces and all sorts of other things depending on what I'm cooking and what else life is throwing at me that week. Sometimes I like to make everything from scratch, other times I am in a rush and just need to get dinner on the table. And surely any book that demystifies cooking and makes it as accessible as possible for as many people as possible is a positive thing? I am all for democratising cooking as I think it is just about one of the most wonderful and useful things you can ever learn to do.

The recipes we chose this month were throw-it-in-the-pot kind of meals, quick to prepare and slow to cook. None involved any particular form of cheating. The first was Spanish pork stew with potatoes and chorizo, a dish we used to make a lot years ago but then forgot all about. 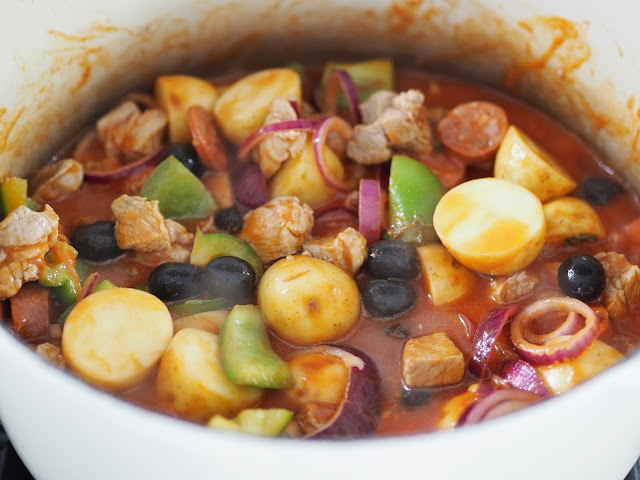 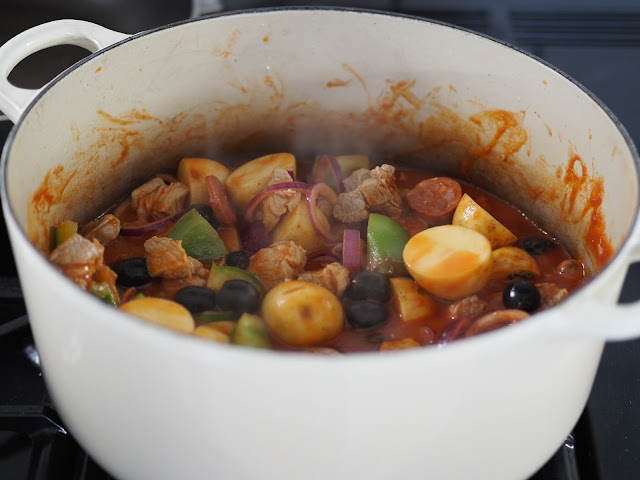 Into a large casserole dish you throw diced pork, chorizo, chunks of peppers, sliced red onion and garlic before adding white wine, passata, olives and new potatoes. Bake for an hour, chuck in a handful of green beans, then bake for another half an hour. 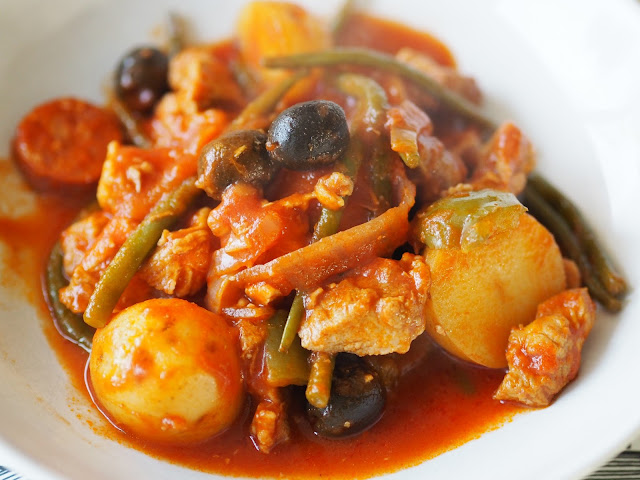 The result manages to be both warming and fresh, hearty but light. It was the perfect dish for a very cold April Sunday a couple of weeks ago, and the kids ate it too so double win.

We followed it with No-cook cheesecake with caramelised rhubarb. You pop chopped rhubarb generously covered with sugar into a hot oven for fifteen or twenty minutes until the fruit is soft and the sugar is just starting to catch. If you're like me, you'll wish you'd made five times this quantity to eat with porridge, yogurt, anything.... Onto a biscuit (made with gingernuts not digestives) base I spread a mixture of cream cheese, sugar and vanilla extract then the rhubarb, before putting it in the fridge to chill. 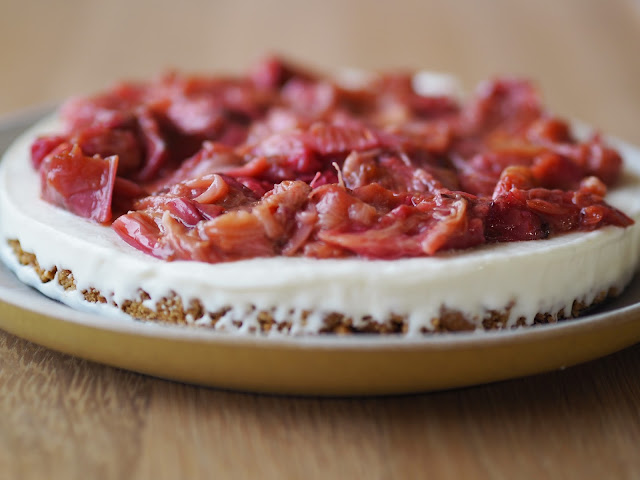 The resulting dessert, while messy to serve, was utterly delicious. The children didn't like the rhubarb (I never did as a child either) so all the more for us. 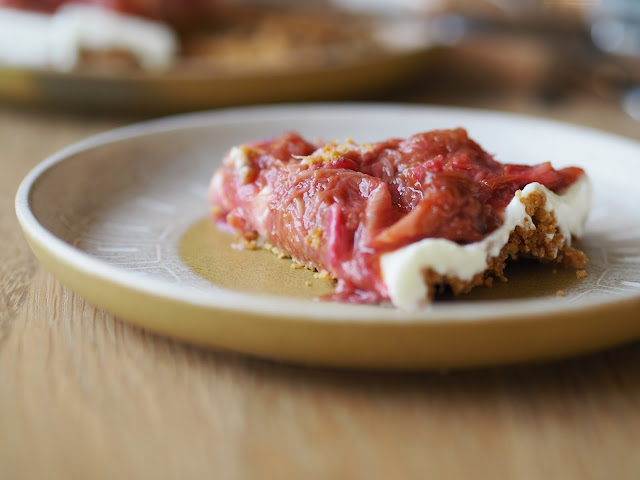 Our third dish was Greek lamb baked with lemon and garlic which was about as simple as it gets. Put the lamb in some baking parchment and foil, add sliced garlic and lemon juice, wrap it up tight and bake for three hours. Something magical happens to the lamb in that time and it is both meltingly tender and full of flavour. Before serving you mix the lemon zest with parsley and sprinkle over the top which makes it even better. The gamey flavour of lamb needs punchy flavours, I think, which is why it is so great in curry, but the lemon worked just as well. 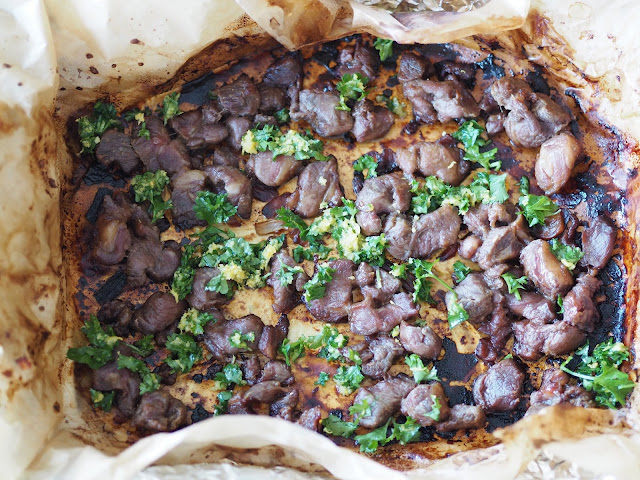 We ate it with new potatoes roasted with rosemary and a Greek salad. Easy food, everyone liked it and hardly any washing up. My only complaint is that this much lamb cost ten pounds so not exactly a budget dinner. 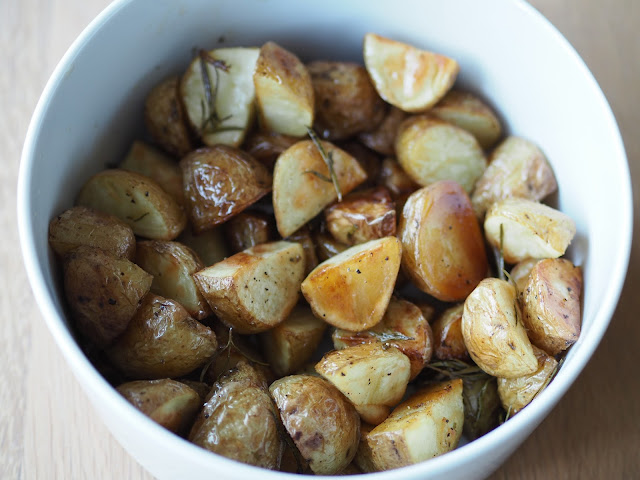 But the rosemary and parsley came from the herb garden so perhaps I saved a couple of quid there?
Posted by Gillian Roe at Friday, May 11, 2018