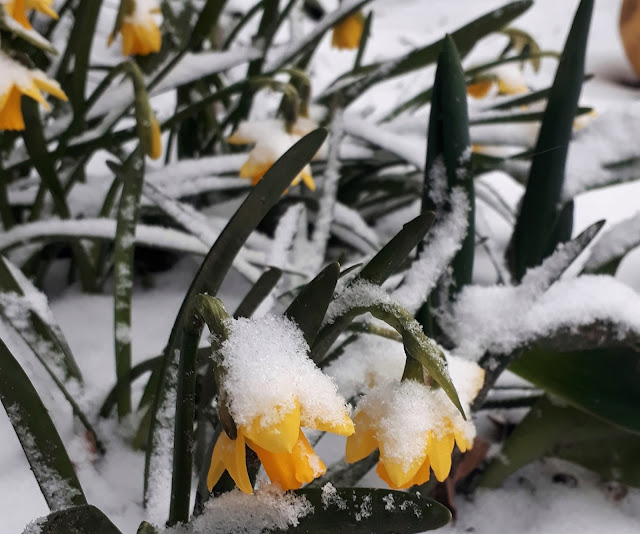 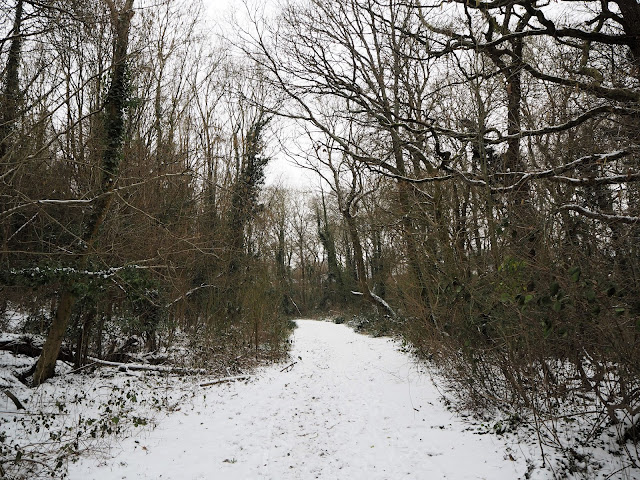 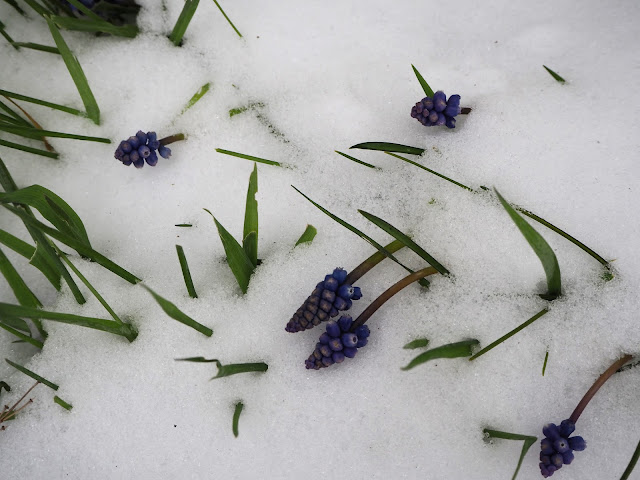 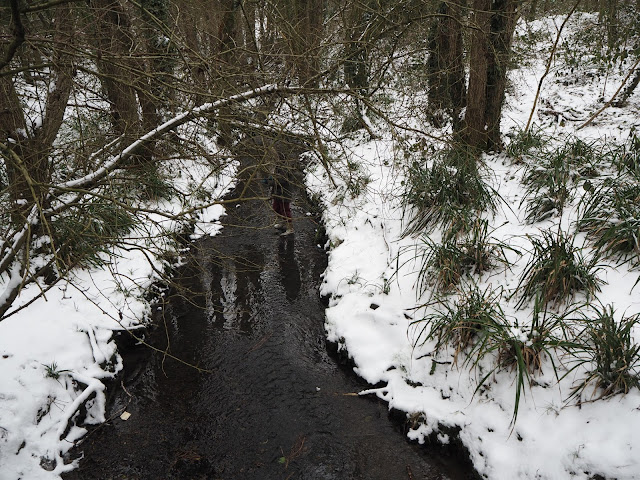 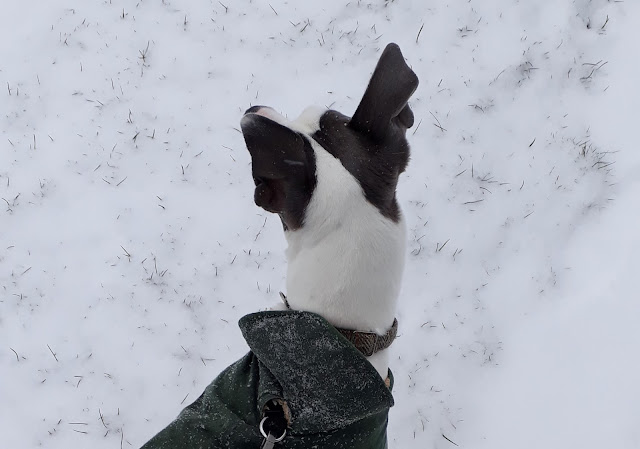 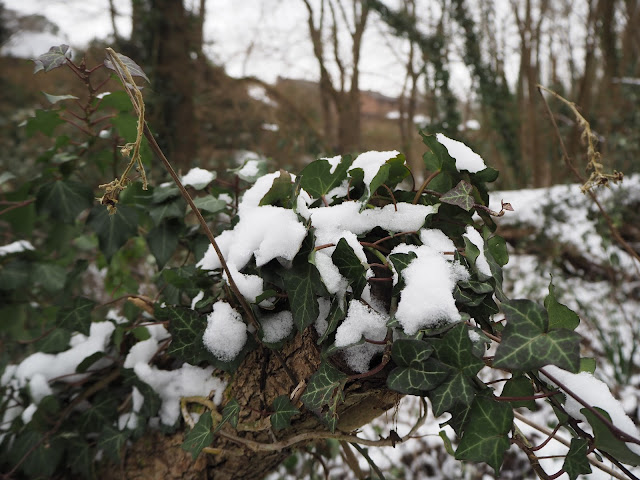 On Thursday afternoon the snow arrived. School closed at lunchtime as the first flakes started to fall and by the time we were home later in the afternoon everywhere was covered. Our school, like most locally and probably many others across the country, decided not to open the following day and a snow day was suddenly a reality. I was so happy. I still am! John's day off fell on Friday too and, since he has been working this weekend, it was the most wonderful and unexpected family day, made even more special by the weather. I had such a sense of anticipation and excitement on Thursday night as I wondered whether it would snow more, and ran through all the lovely things we could do tomorrow with this gift of a day.

I started sensibly with a lie in. 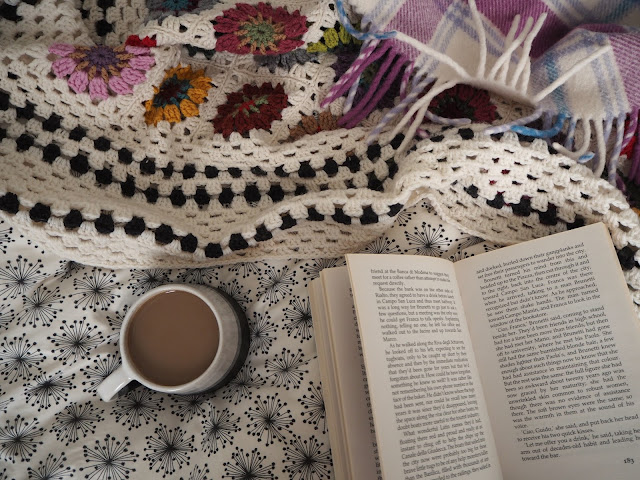 Those bitterly cold, strong Eastern winds had blown the snow all over the place, so that there was none in some places that were sheltered by the house and drifts in others. 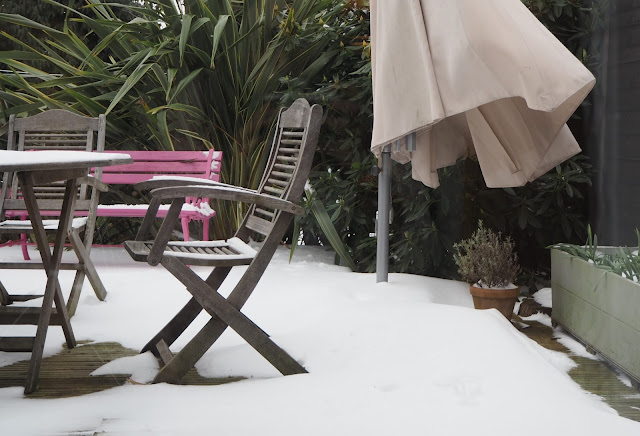 It was such a treat to substitute the usual weekday breakfast of porridge for a more relaxed meal of toasted sourdough and a pot of coffee while we talked about, well, the snow of course. 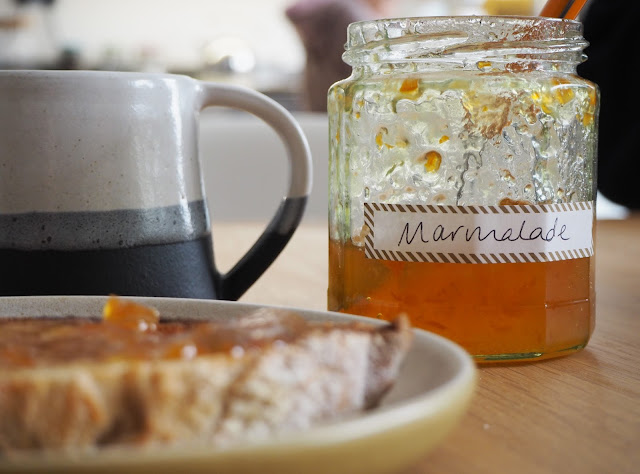 We decided to take Ziggy out for a walk first. I love the way the snow transforms everything, so that a road you might walk down every day suddenly looks different. 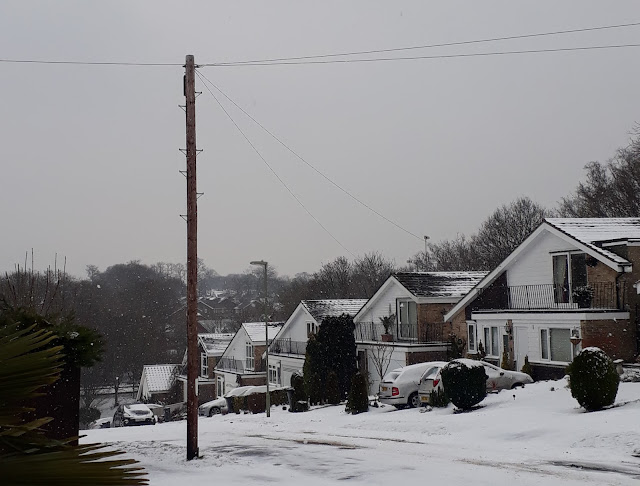 We went down to our local woods, somewhere we often go, but I've never seen them covered in snow before. 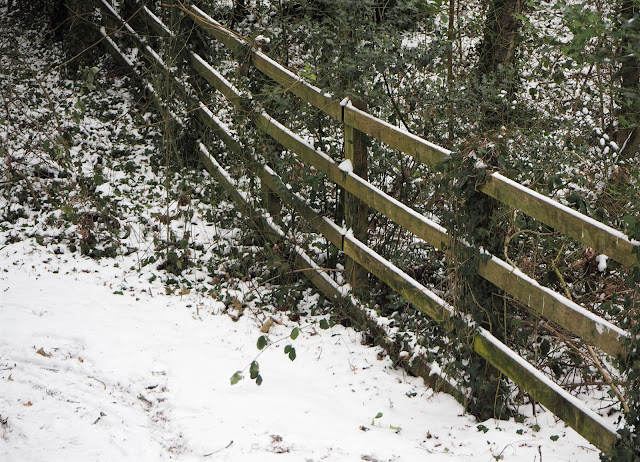 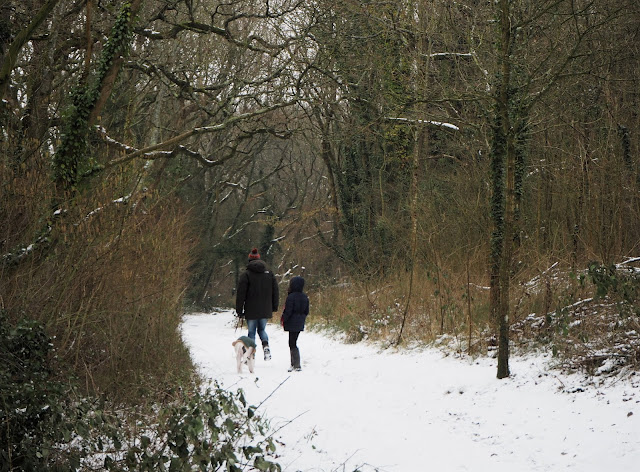 I just love the way the snow lies on the boughs of the tree. 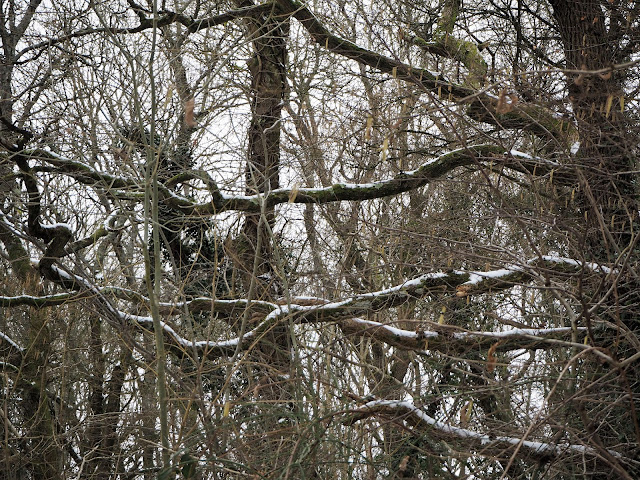 I took my new camera with me and had a lot of fun playing around with it. 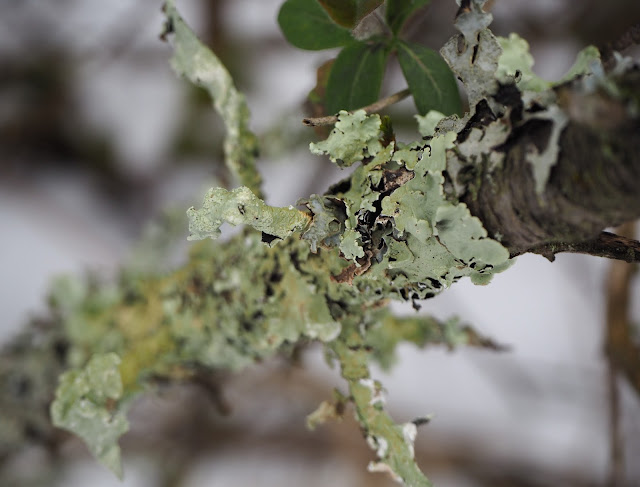 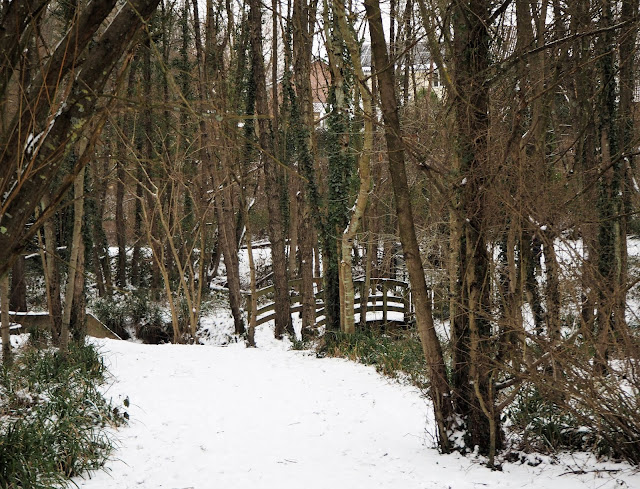 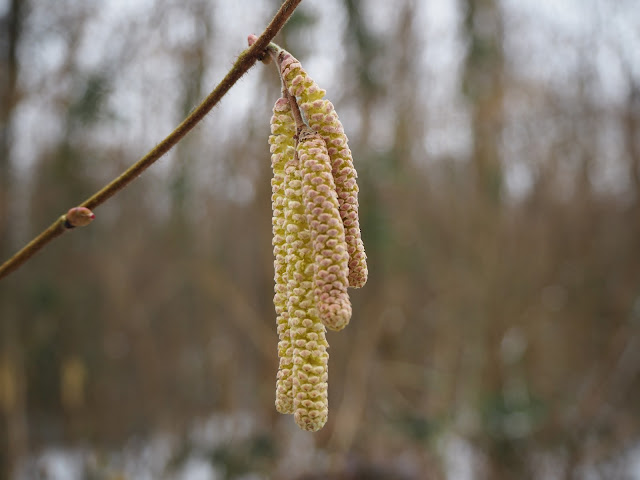 Of course there was a snowball fight. 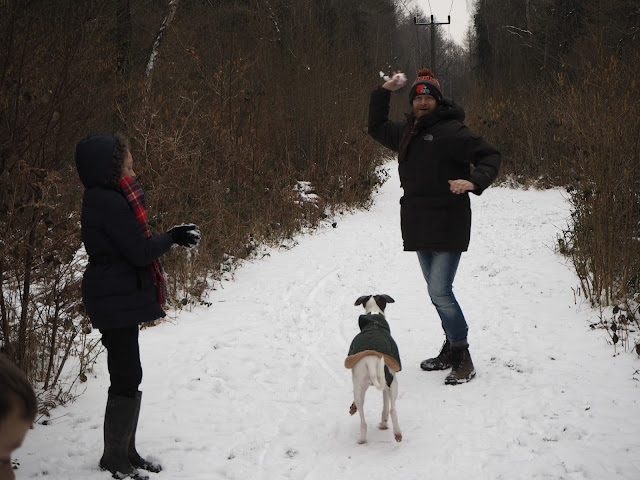 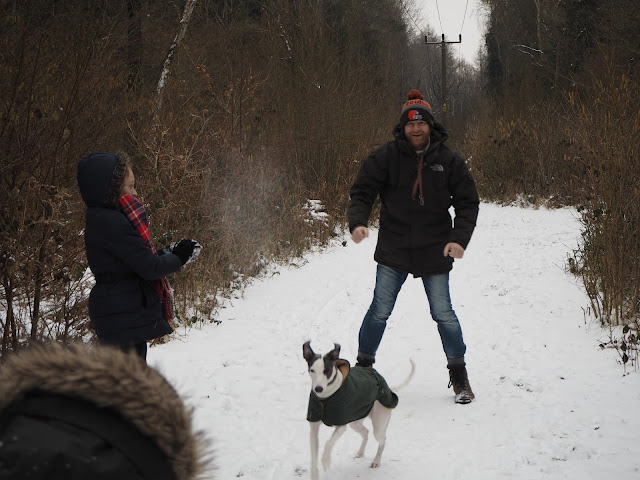 When we got home I made homemade rolls and leek and potato soup for lunch. 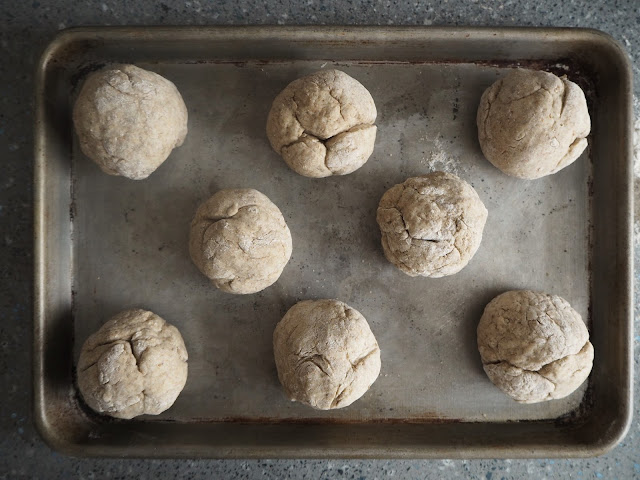 I cobbled together a made up recipe with some strong white bread flour and dark rye flour, and hoped for the best. I'm of the opinion that if you put enough butter on something and dip it in hot soup then it's probably going to taste nice. 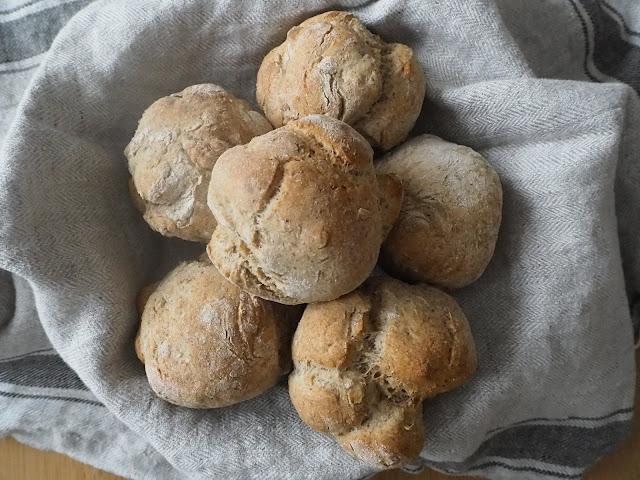 But what a treat to have that extra time to make bread and soup. I can't remember when I last bothered to do that. 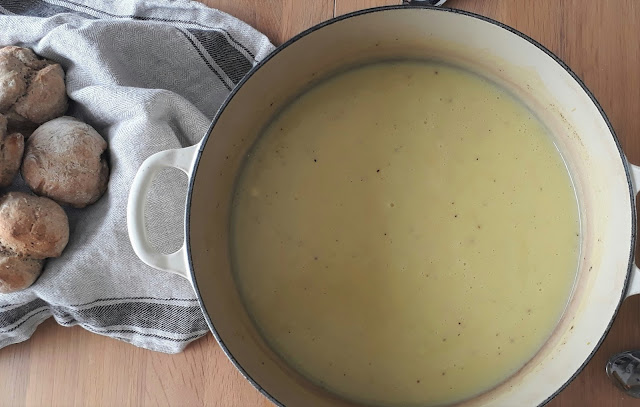 After lunch, and in danger of falling into a little snoozy slump, we went sledging. It was only Angus who wanted to go, to be honest, we were all quite happy staying cosy indoors, but it was worth it just to see the look of total joy on his face. He loved the snow, much more than Bella, and was outside playing in it at every opportunity. He was so sad that it all melted yesterday bless him, as was I. The other member of this household who very much enjoyed the snow was Ziggy - he was so skittish and playful in it, and had twice the energy he usually has (and he usually has a lot....). 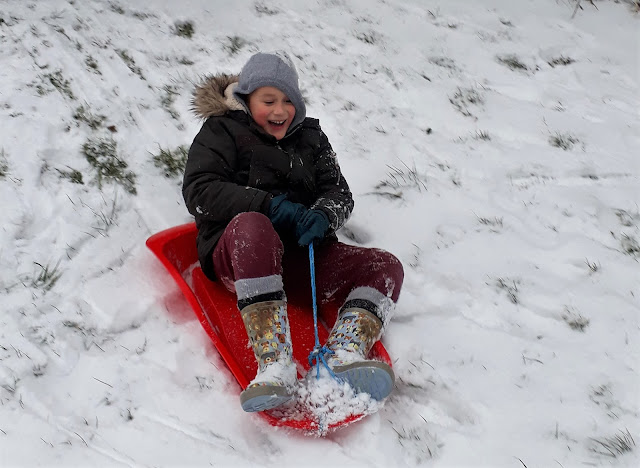 Back home again we lit the stove, snuggled under blankets, watched the snow fall again outside, made hot chocolates that were towering with whipped cream and marshmallows, and I knitted a little. 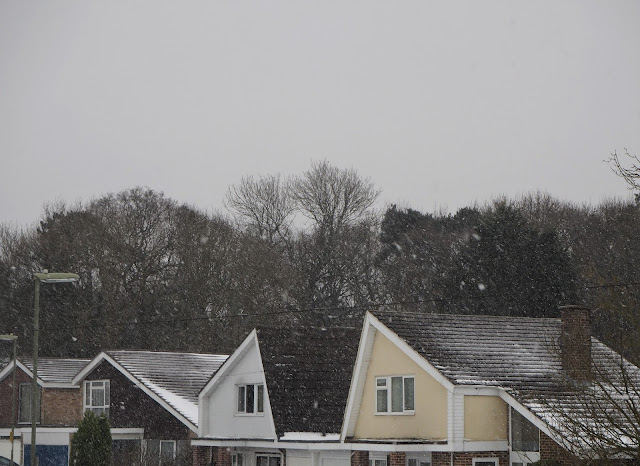 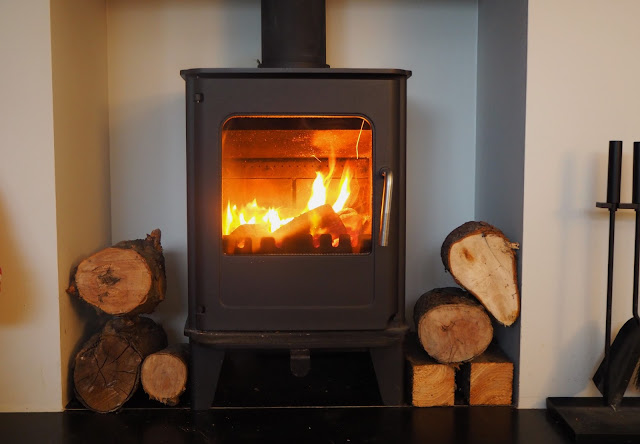 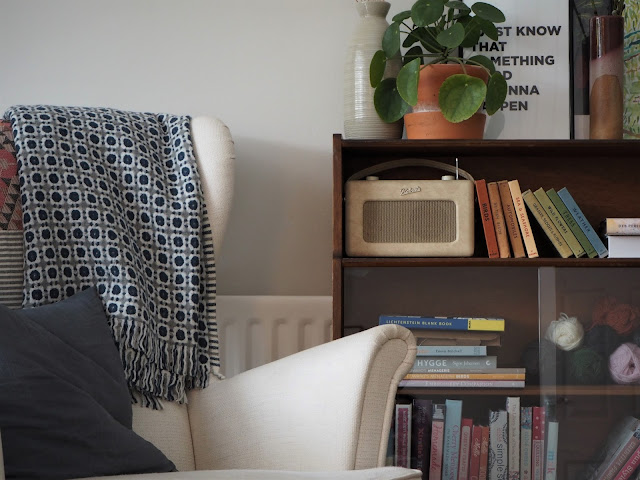 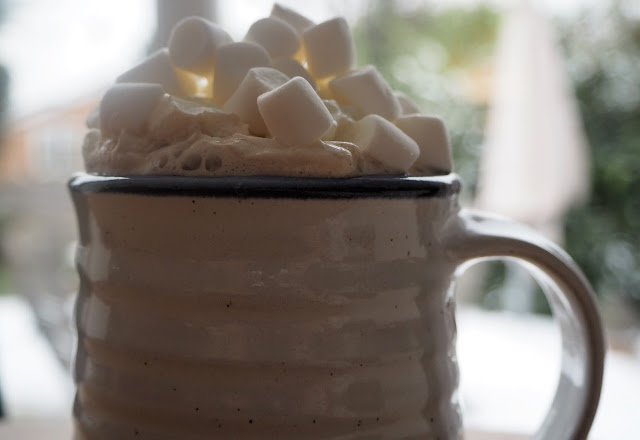 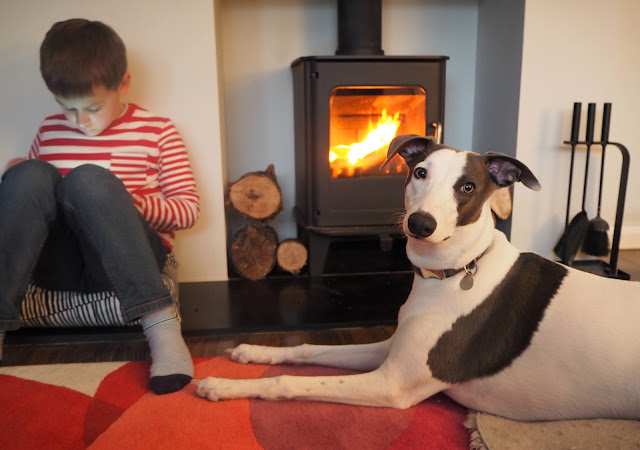 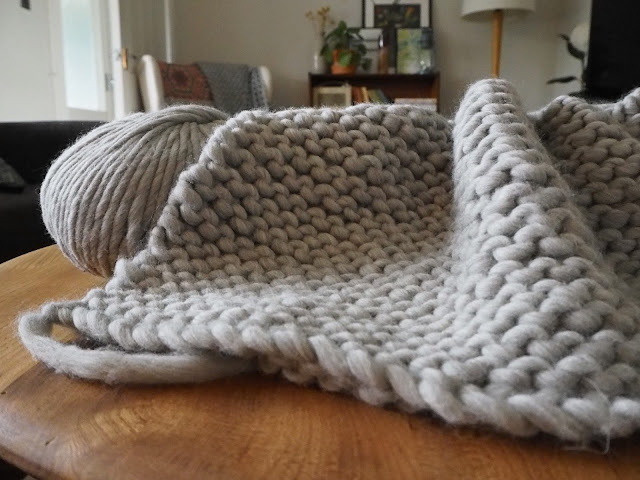 It was a pretty perfect day, and it's not often you can say that, is it? And I'm glad I took all these photos and that I have this blog to record days such as this one because this afternoon on the beach, with 9°c temperatures and no wind, with such warming sun that the kids took their coats off, it was hard to imagine that it ever even snowed.

I do realise that I am incredibly lucky to have been able to enjoy the snow, rather than have been stuck on a motorway for hours, or properly snowed in as some have in other parts of the UK. It's one thing to be able to enjoy it falling thickly outside from the safety of a warm home, quite another to be out in it, and we only had a little down here on the south coast compared to other regions where it caused real chaos. And hats off to all those essential workers, those people who work in hospitals or for emergency services who cannot enjoy the luxury of a snow day and have to get to work regardless, no matter how hazardous their journey. Thank you.

Writing this post sparked off a little meander down memory lane for me, as I remembered our snow falls when we lived in Leeds, especially this one in March 2013 and this really big one in January 2013, and this one in February 2012, right at the start of my blogging journey when the children were so small, only two and a half and five years old. How time flies.