In praise of grandparents 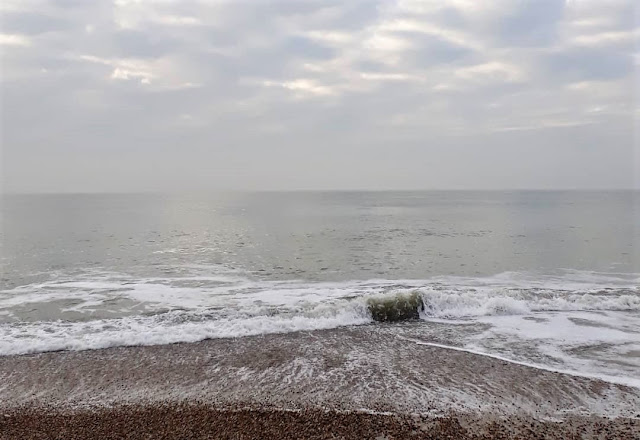 My Grandpa passed away at the weekend. It was both a shock and entirely expected at the same time, and it hasn't fully sunk in yet. He had been increasingly unwell since August and moved into a care home during the autumn. He would fade then rally, worry us then perk up and make us laugh and so it seemed that, despite his frailty and age, he would just go on and on. I was able to say goodbye to him on Friday morning and he knew I was there, and I will forever be thankful for that moment. His care home faces the sea and, afterwards, I walked along the beach on my own for a little while and gathered my thoughts before heading off to work. He died peacefully, at the age of eighty nine, which is a good innings, as he would have said.

He was a very large part of my childhood. My sisters and I were blessed with grandparents who lived locally and were very involved in our lives; we'd see them most weekends, stay at their houses, go on holiday with them. We grew up surrounded by the slightly indulgent love that only grandparents can get away with. He was mad about boats and sailing, and local history too. He was well read and well travelled, and his house is absolutely crammed to the rafters with books and paintings, mostly of boats. We have so many good memories of him, and Bella and Angus were very fond of him (largely because he'd let them eat all the chocolate biscuits they wanted before riding up and down in his stair lift) and we talk about him often.

It reminded me how very special the relationship is between grandparent and grandchild, and I see that now between my children and my and John's parents. Do you have a particular memory of a cherished grandparent? I'd love it if you shared it here. Mine would be spending time on my Grandpa's boat, Spray, and eating Lardy Cake, a local type of bread/cake which we always took sailing for some reason. It always felt cosy.