Every January, for as long as I have been blogging, I like to take a look back at the previous year's crafting and making. I find it really interesting; which months were more productive than others, what I was doing at different times of the year, and the sorts of colours and projects I choose depending on the seasons.

Crafting in the first half of 2017 was dominated by the redecoration of all our bedrooms, as I stamped blinds and bedding, made wall hangings and garlands, and painted furniture. There were also a couple of larger crochet projects there too, like a cardigan and blanket. Then there were my crocheted fruit and vegetables over the summer, plus lots of yarny animals and birds. As autumn arrived it was a mixture of cosy home projects and gifts for family and friends. 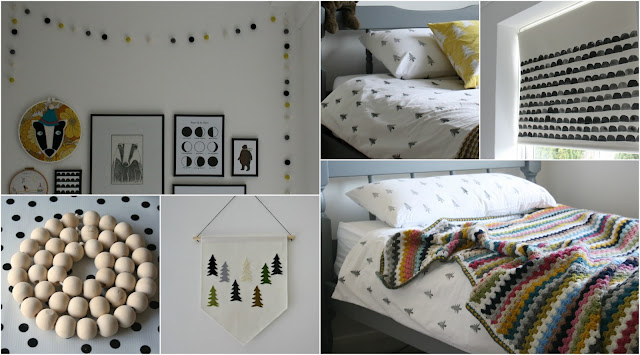 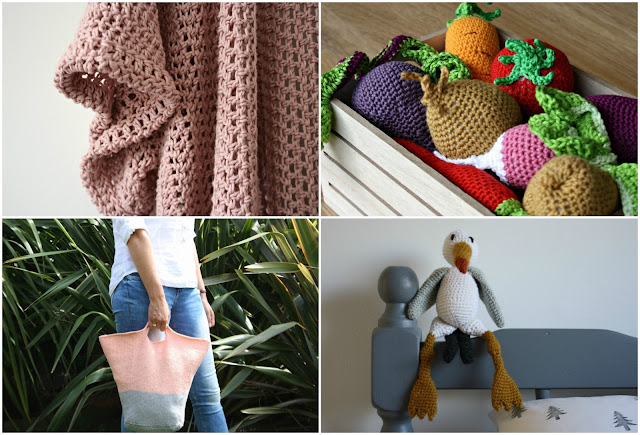 May
A box of crochet vegetables
Seagull 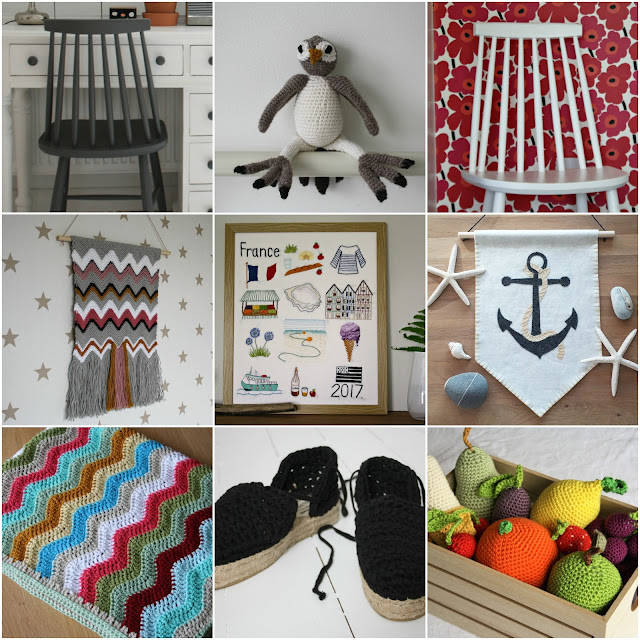 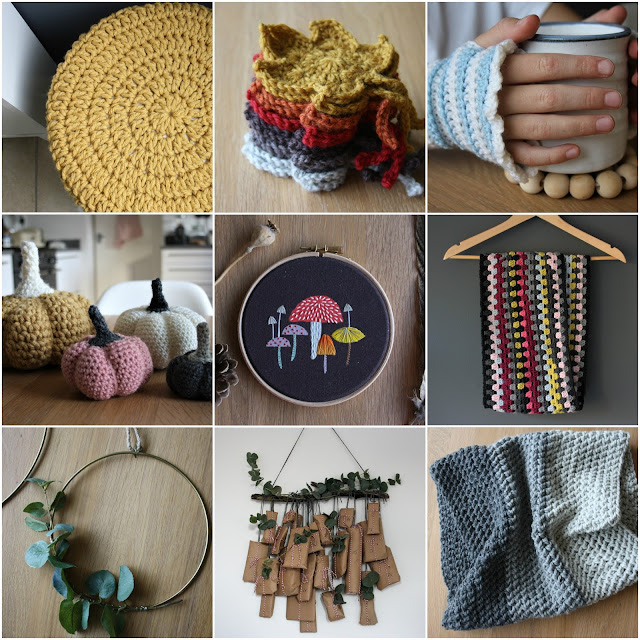 I think that, if I had to choose one favourite make, then it would be my embroidered holiday diary from our trip to France in August. Not only was it a complete joy to sew, but it holds so many happy memories for me. Crochet continues to be one of the most rewarding hobbies I have ever taken up, although I didn't intend to make quite so many animals and birds. 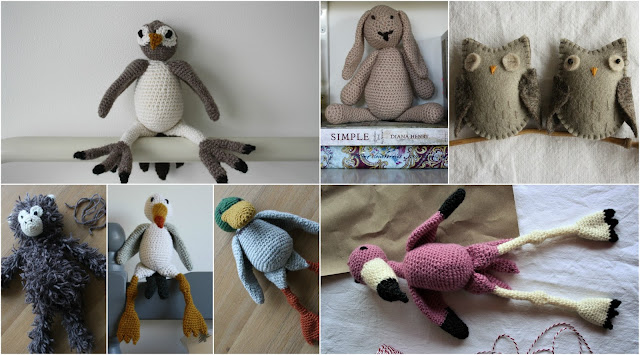 Looking back over last year's post, I see that I failed to master colour work or tapestry crochet, or make that patchwork quilt I've been talking about for the last few years, or sew any clothes. Never mind, maybe this year will feel like the right time. But I do have an idea for a blanket simmering away in my head, and I am about to pick up my knitting needles again, so I'm sure I'll have lots to share with you soon.

Email ThisBlogThis!Share to TwitterShare to FacebookShare to Pinterest
Labels: A Year Of Makes