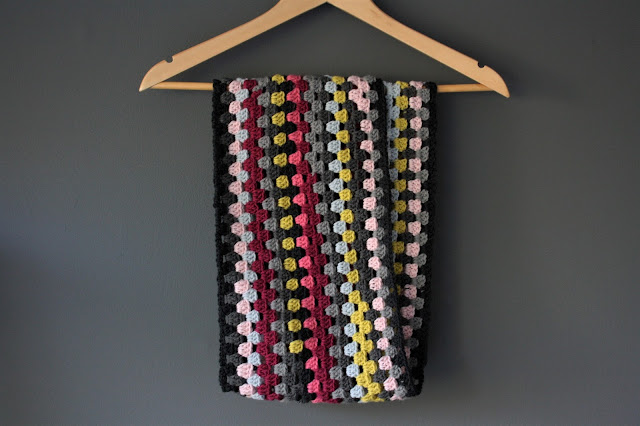 Some crochet projects require a lot of planning, some a lot of yarn, some a lot of money. Most require a good amount of time. And then sometimes, a wonderful little crochet project pops into your head that requires the smallest amount of planning, a little yarn, no money (yay!) and only a short amount of time and, since it's an easy project, it's the most relaxing kind of crochet that can be done in front of the TV when you've had a glass of wine or two and you're actually a bit sleepy and really should go to bed, but, you know, just ten more minutes.... 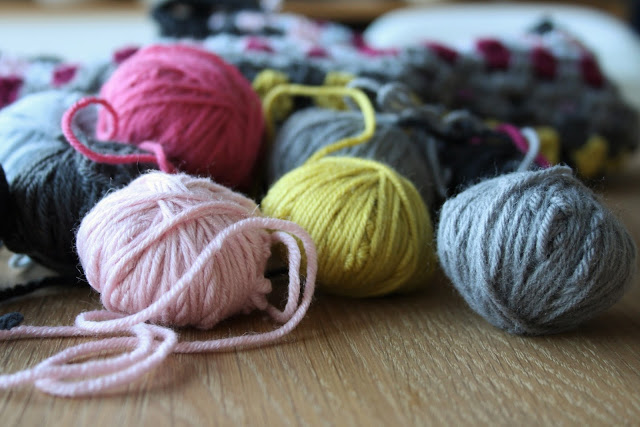 I began this project a couple of weeks ago when I was going through my stash of yarn. While I haven't exactly been on a yarn diet this year, I have made a massive effort to reduce the amount I buy and, particularly, to use up or give away half used balls that I know I don't want to use again. While sorting the yarn out, I came across a bag full of cashmerino scraps (I never throw that stuff out - too blooming expensive!) which I had collected and added to when my mum gave me a load leftover from a cushion she made. Mostly grey, with some pink, yellow and pale blue, they weighed together around 200 grams, the same as four new balls. Definitely enough for a project. 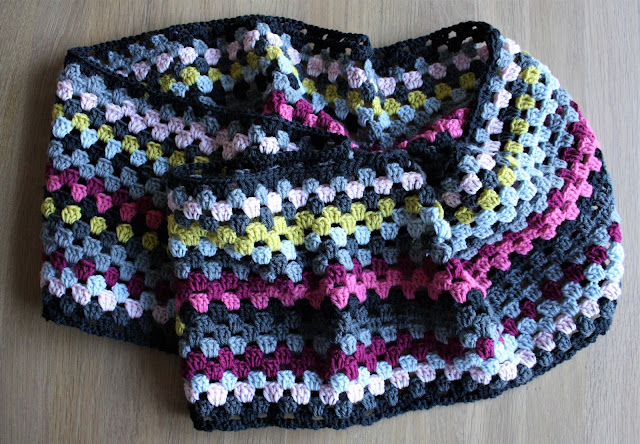 I decided on the simplest of patterns, a granny square cowl. I used this pattern from the brilliant crochet blog Annaboo's House as a starting point, but shortened the starting chain quite a lot, and used my own colour selection. 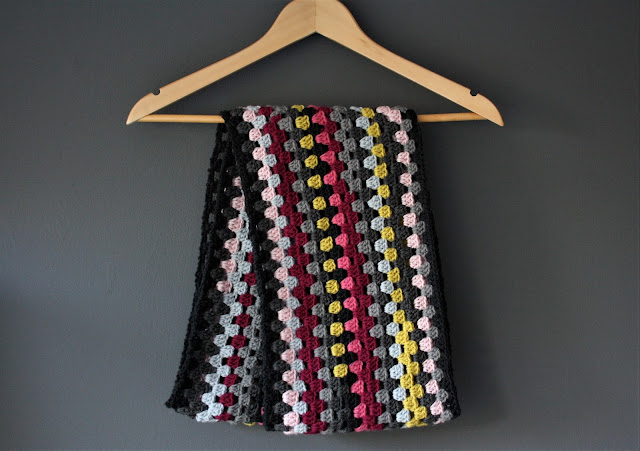 I don't know why, but I find it inordinately satisfying when a project uses up every last scrap of yarn. It's so pleasing, and with this in mind I decided not to break the colour changes at the end of each row, as you usually would, but to continue them up into the next row, and use them until they were completely finished, knotting in the next colour as I worked. 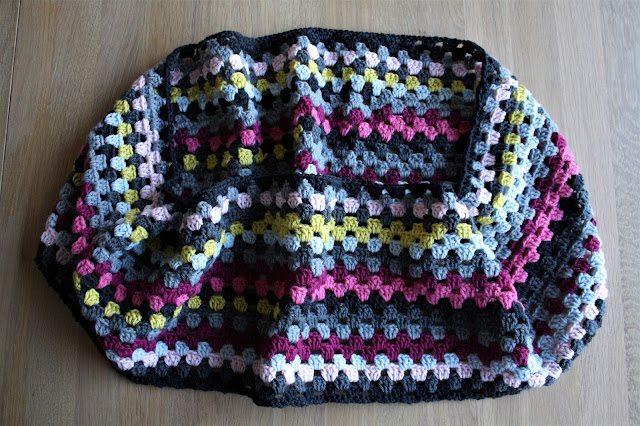 This brings differences in the colour play, as some colours are next to each other for a short amount of time before another is introduced. The only real planning I did was to make sure I kept back enough black yarn for a final round at the end of the cowl to balance the black starting chain and first round at the start.

I love it. It has just the right amount of drape and the colours all came together really nicely. Plus that cashmerino is a dream to work with, and to wear, and it's neither too light or too chunky. 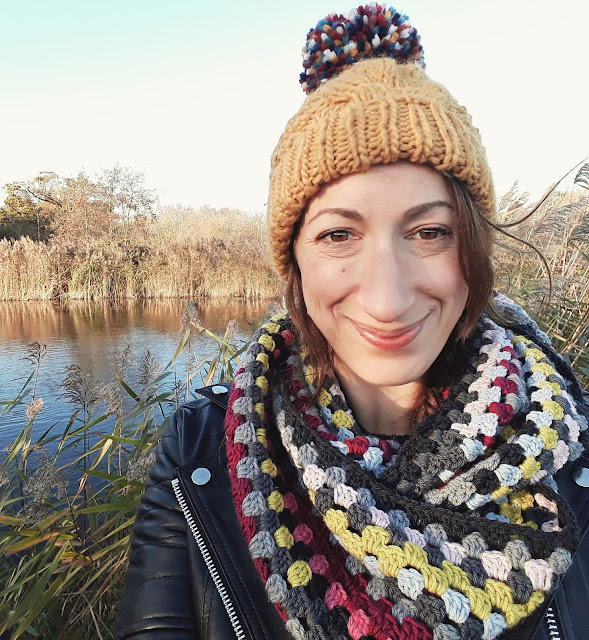 The colours feel quite November-ish to me, dark and grey with the odd pop of colour, but nothing too light or bright, just rich autumn tones. I think of it as my November cowl.
Posted by Gillian Roe at Friday, November 17, 2017