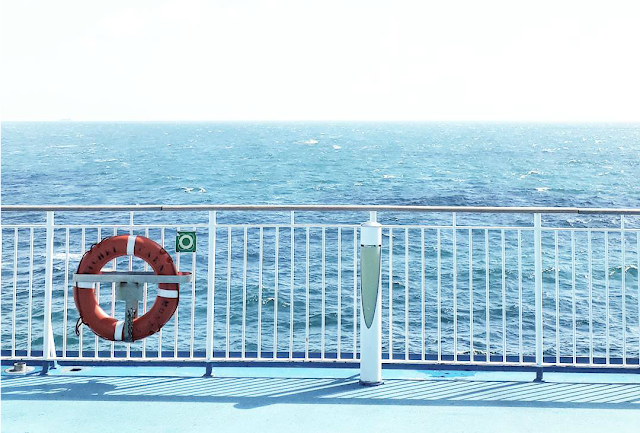 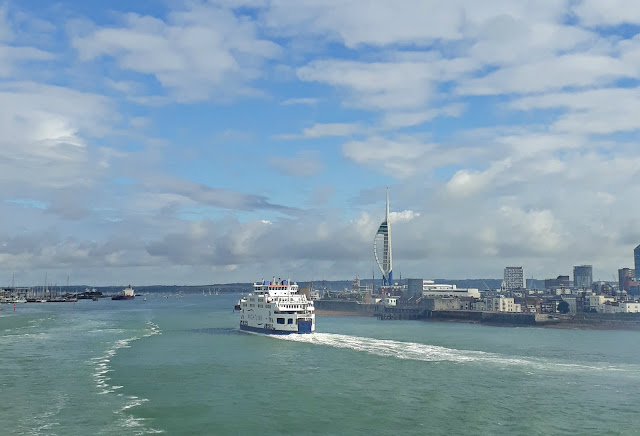 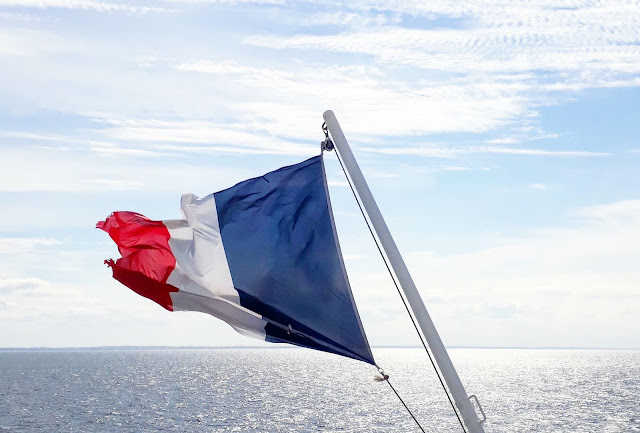 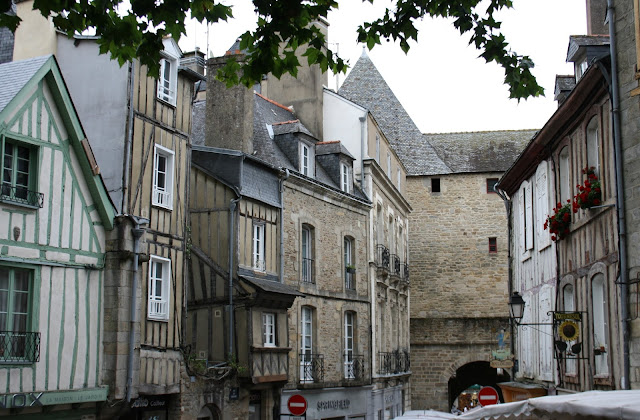 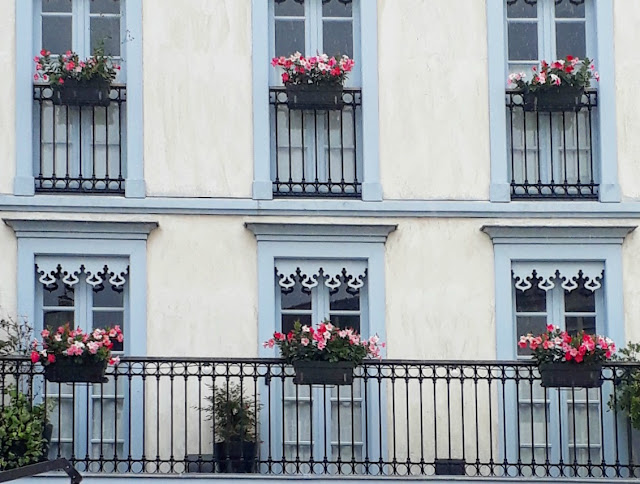 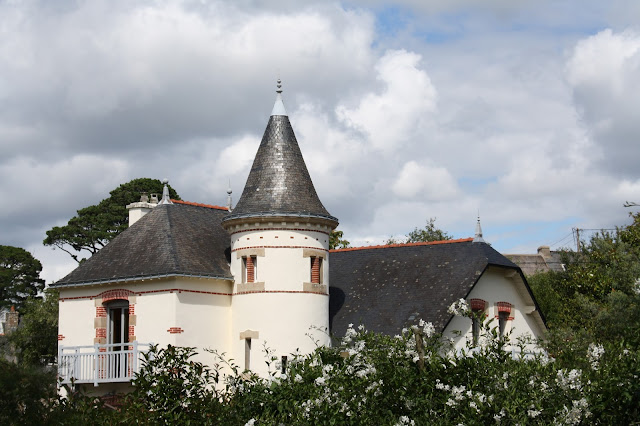 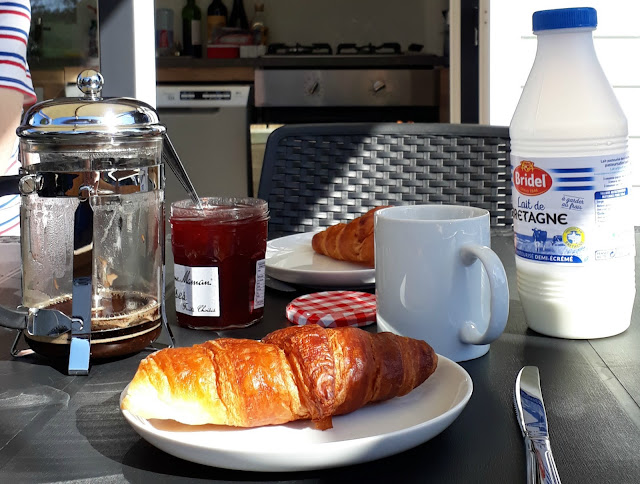 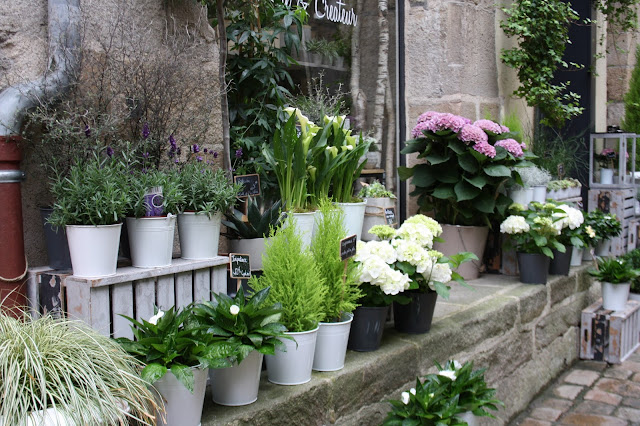 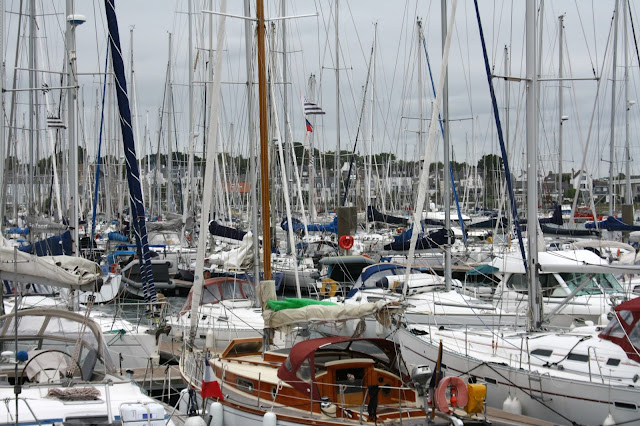 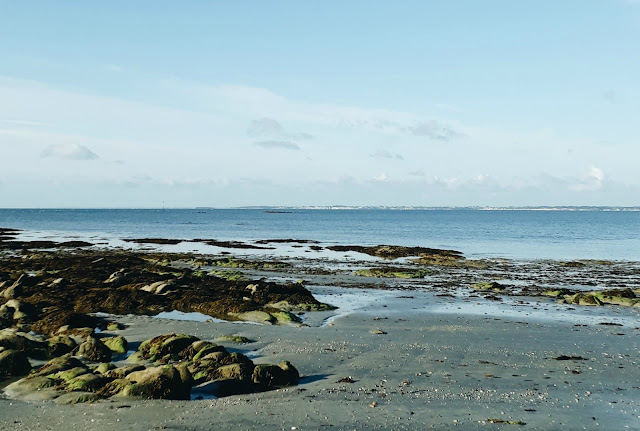 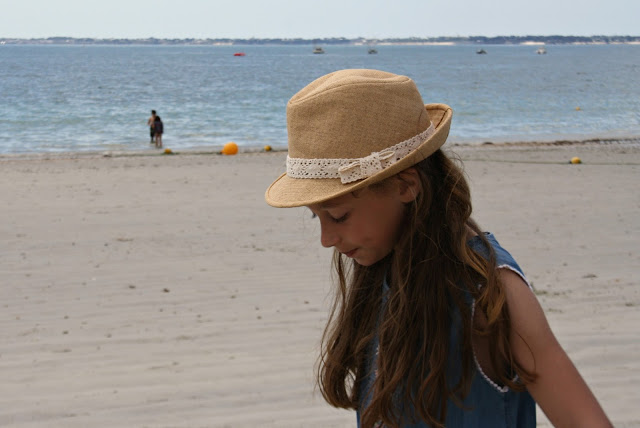 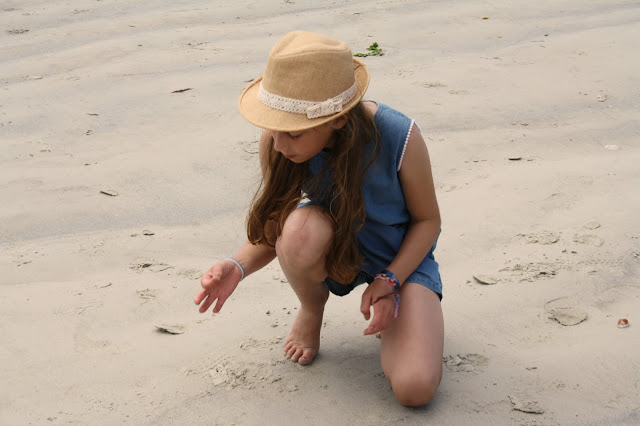 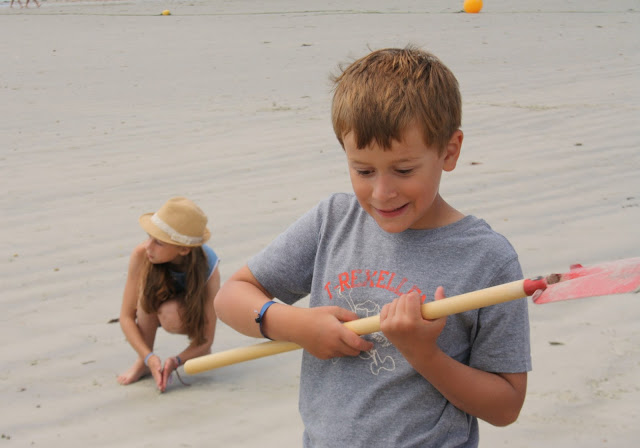 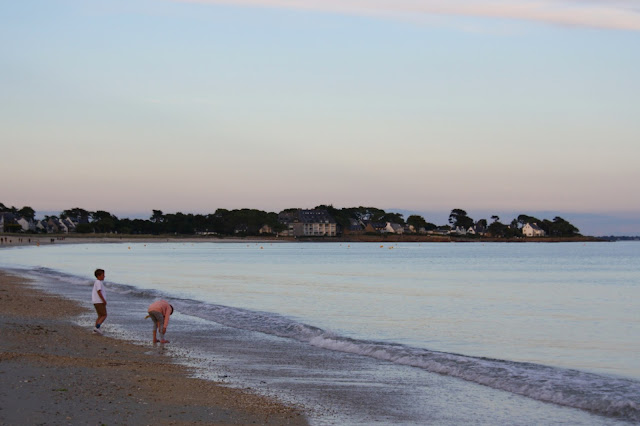 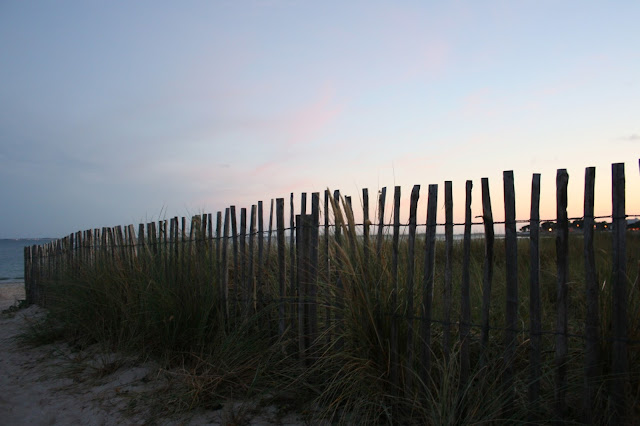 Bonjour! How are you all? Thank you for all your lovely comments on our newly decorated bedroom, it was very nice to come home to that - the comments and the bedroom. There's nothing like your own bed after a trip away, is there, no matter how wonderful the trip.

We have just returned from a wonderful holiday in Carnac, on the south coast of Brittany. We've spent the weekend unpacking, food shopping, washing and ironing every single item of clothing we possess (well, almost), gardening (how did it get so wild over only two weeks?!), washing the car and just generally getting back into the swing of life at home, and I finally had time this afternoon to sit down and go through our holiday photos.

Our holiday was similar to last year in that we took the car ferry to France and stayed on a campsite in a mobile home/cabin type affair, and so we had our own car and bikes. These kinds of holidays are so familiar to us now that we all fall into our usual habits when we arrive; lots of swimming, cycling, pottering around pretty towns and villages, market visits, eating and drinking. There was also, as I'd hoped, lots of time for sewing, reading and sleeping. I think I slept nine hours a night for the first week there - clearly a much needed catch up! The weather was mixed and cooler than last year, and there were a few rainy days, but it didn't really stop us doing anything. Bella and Angus spent any time at the campsite cycling around on the bikes, visiting my parents and sisters with their families, who were also staying on the same campsite. With all those cousins, we had our own little kids club going on.

The campsite was very close to Carnac Plage with it's beautiful sandy beach. I loved that beach very much, and my sisters and I would meet early and run along it most mornings which was really glorious. 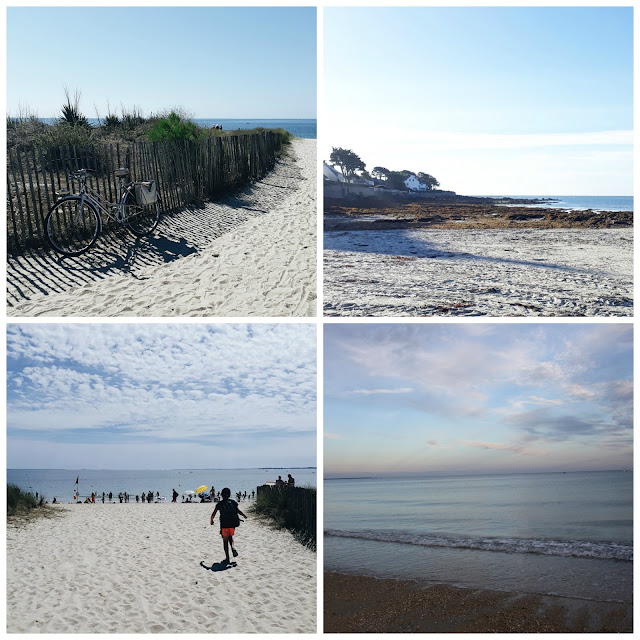 The beach was sheltered with no surf to speak of, so ideal for swimming. It was also lovely to walk along in the evenings, which we did a few times. 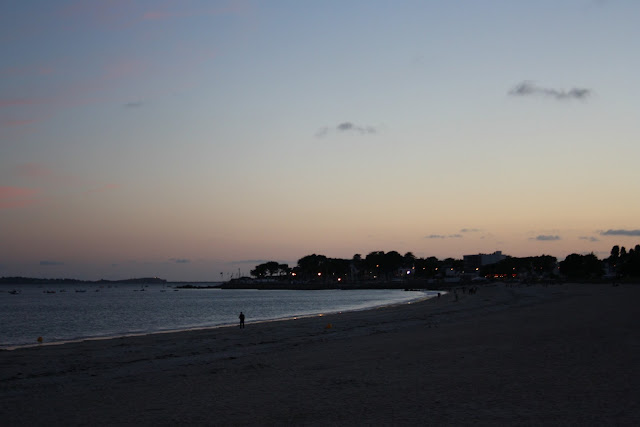 Brittany is such a picturesque part of France, and with a very strong sense of regional pride. In many ways it reminds me of Cornwall, with it's grey slated-roofed cottages, the agapanthus flowers which grow everywhere, the fishing industry and the many bays and inlets that make up the wild coastline. It's also known for it's crepes and cider, which of course we felt obliged to sample. Frequently. 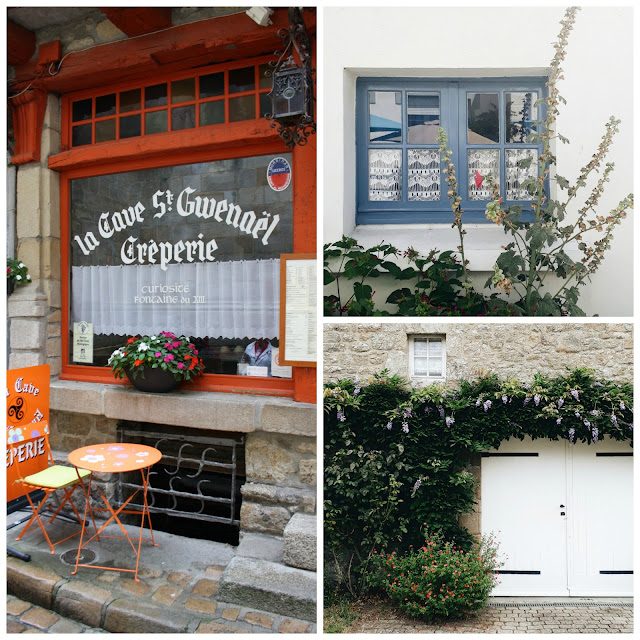 One particular highlight for me on holiday is food shopping. I just love foreign supermarkets, they fascinate me. I mean look at this jam section! 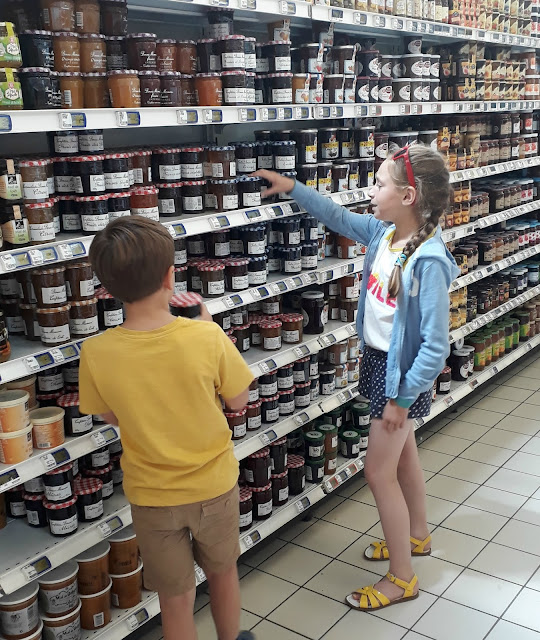 Food shopping is not exactly a favourite past time of mine at home, but on holiday I love it, whether it's a shop or the markets, which are amazing.  I also brought home a few souvenirs, including a few cotton throw/scarf/hammam towels from the shop pictured below. 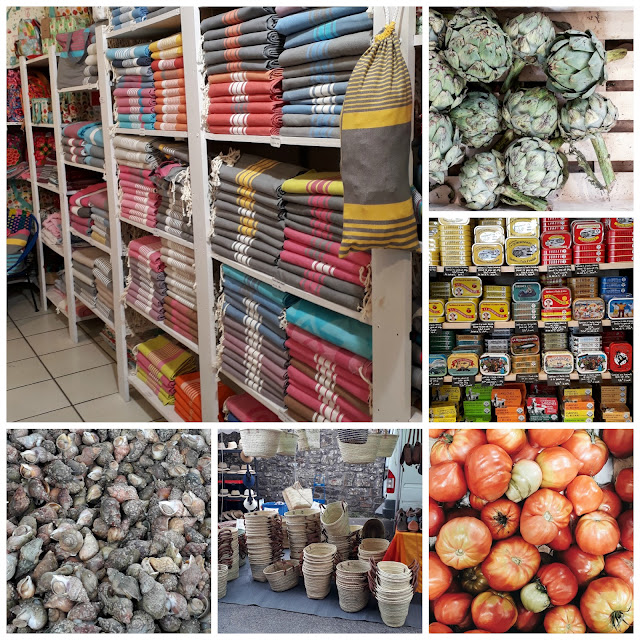 Hydrangea bushes are abundant and grow outside most houses and many churches and other buildings. Against the stone walls and shuttered windows, they are really elegant and I became quite besotted with them. 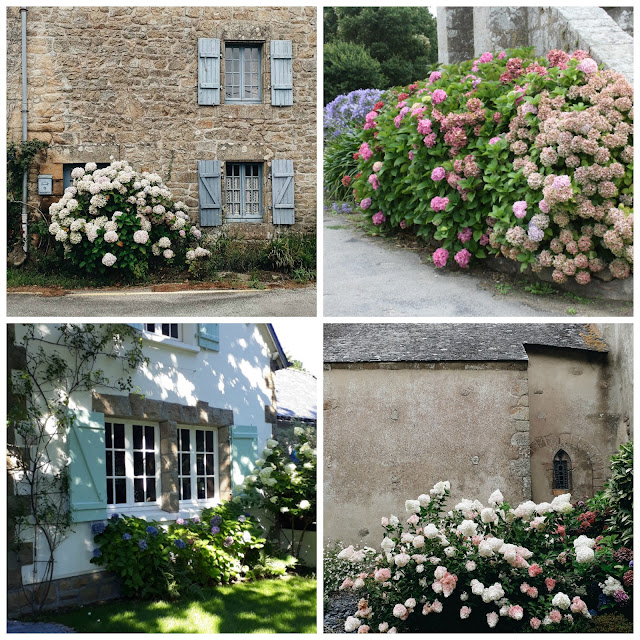 This one was the most incredible - I've since learnt that it's a hydrangea paniculata  - and I've never seen anything like it, with the slightly conical, ombre blooms. Just stunning. 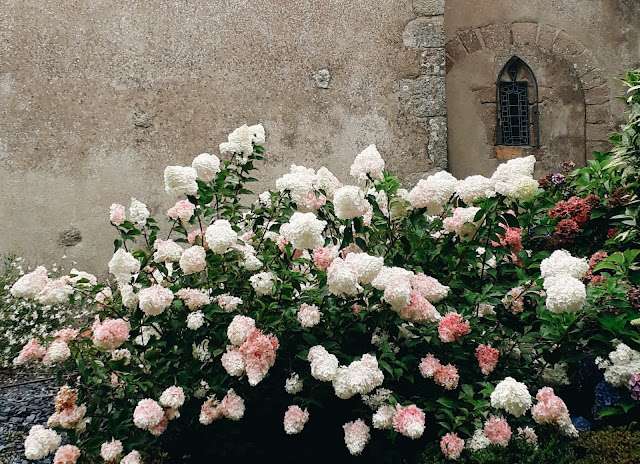 We explored the local region a lot, including a trip to the city of Vannes, which was so full of character with it's medieval half-timbered buildings and city walls. 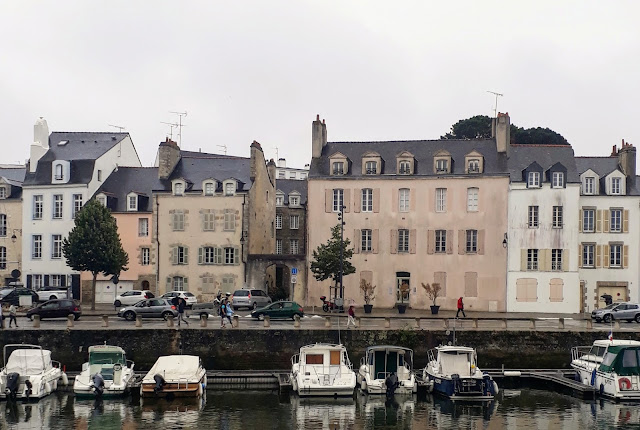 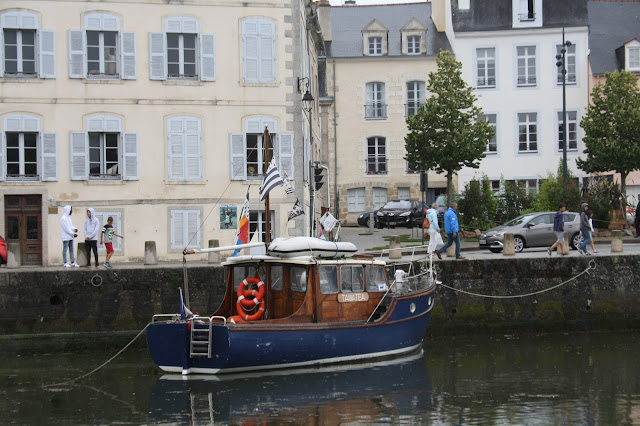 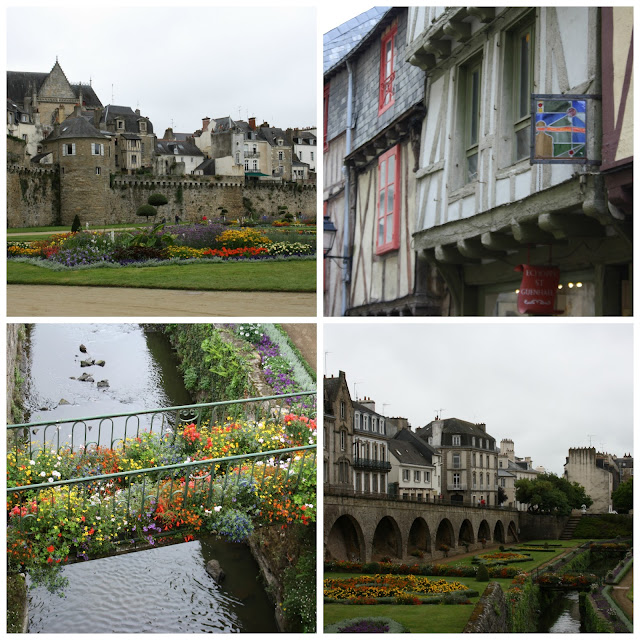 One afternoon we took a little ferry over to Ile de Moines, the most charming island in the Gulf of Morbihan. There are hardly any cars and everyone gets around by walking or cycling around the narrow, winding roads. I always wonder what it's like to live on islands like this, what it's like in November when all the tourists have left. 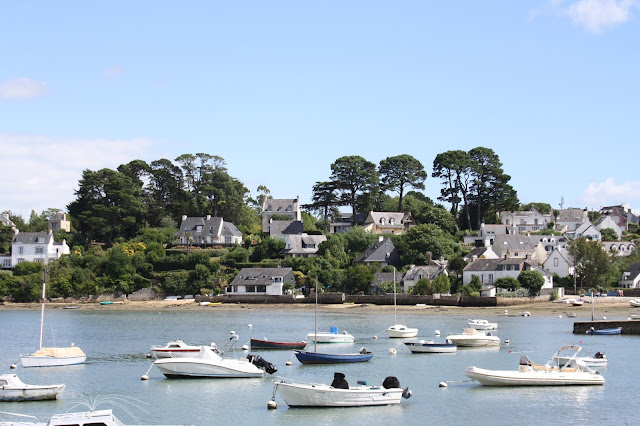 Another delightful - if cold and windy - trip was to the little village of St Cado, with it's stone houses hugging the coast and the tiny oyster-catcher's cottage sitting alone on an equally tiny island. 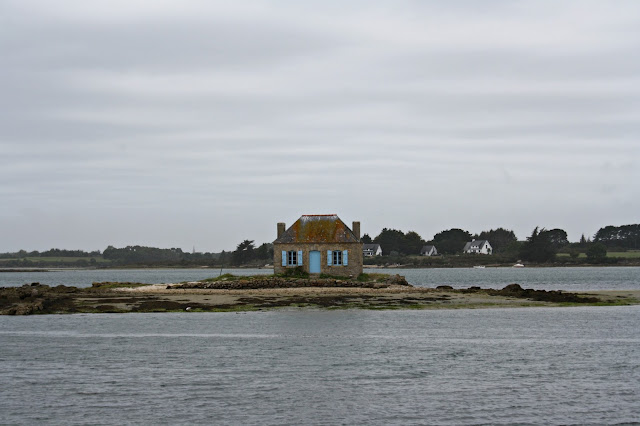 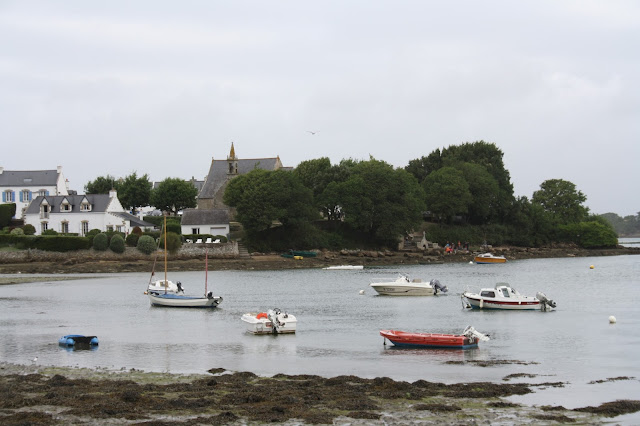 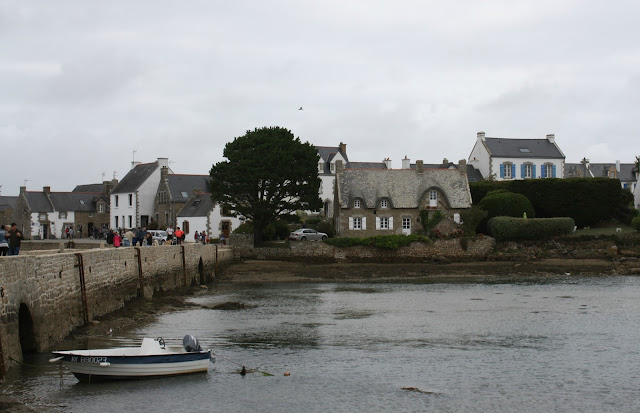 It was a brilliant holiday and we returned tanned, slightly heavier (that'll be those crepes...) and with full hearts after lots of cherished family time together. Sadly my parents had to leave earlier than planned as my Grandad has been quite unwell over the last week. But - incredibly (he really was very poorly) - he's doing well and we hope he will be home in a few weeks. So it's all been a bit emotional with that going on in the background, but we're very glad he's on the mend and all visiting him as much as we can.

I'll leave you with some family snaps. 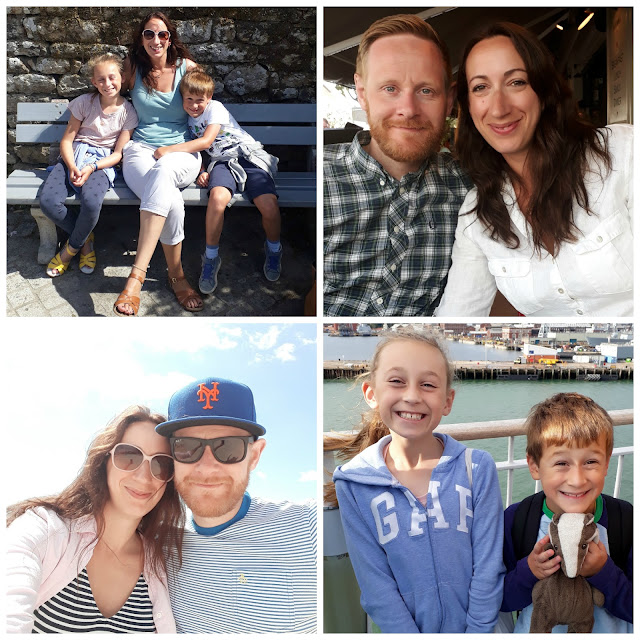