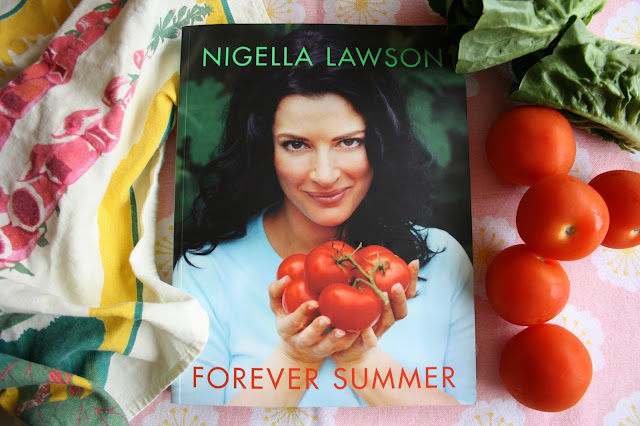 One thing I have realised while taking part in Penny's Cookery Calendar Challenge is how important our Sunday evening family meals are to me. We try to eat together during the week but often, with after school commitments and depending on when John gets home from work, the children will eat earlier, between five and six, and John and I will eat later, usually after eight when Bella and Angus are in bed. The downside to that is cooking twice, unless it's something I can re-heat, and eating late. But the upside is the time John and I get together to chat over a meal. I like that.

But, Sunday evenings are for family meals. In the winter it's most likely to be a roast, stew, casserole or pie, something that takes a while to prepare. In the summer is can be anything, a barbecue, pasta, a salad, whatever takes our fancy. The children usually leave the table as soon as they're eaten dessert (if there is one) leaving John and I to sit at the table and chat, pour another glass of wine, put some music on. It's nice.

And so last Sunday, we ate Chicken Pilaf from Nigella Summer

, my chosen book for July. Diced chicken breast is marinaded in yogurt, lemon juice and cinnamon before being fried then added to rice cooked in chicken stock flavoured with saffron and lemon zest. 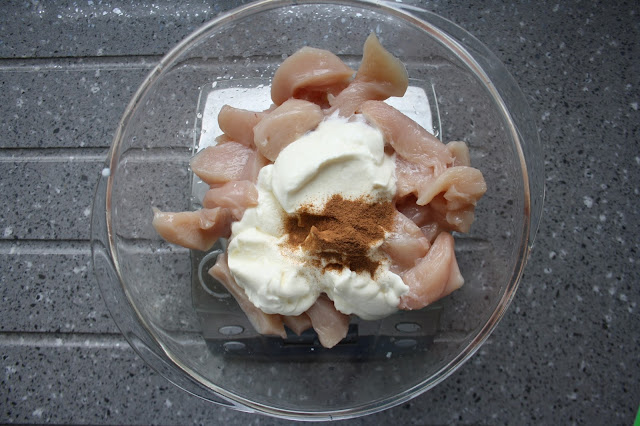 It all cooks quickly and comes together in no time. At the last minute you add toasted almonds and pine nuts, chopped parsley and I added pomegrante seeds too because I thought they'd work, and they did. 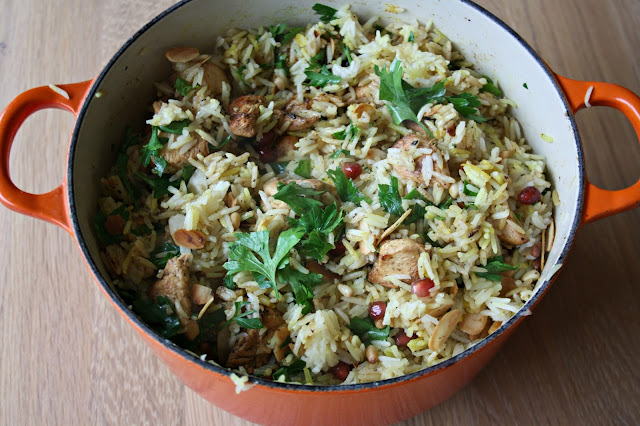 Then you have that gratifying moment of carrying food to the table in a huge dish, and placing it in the middle with a spoon for everyone to help themselves. Although, it was just John and I as I'd kept aside Bella and Angus some of the chicken and rice before adding the nuts and herbs, as I knew these would not be well received.

It was ok. The flavours were good but I found it a little dry. I don't know if that was me overcooking it, but it needed a little something, olive oil maybe, to coat it all. It was very good cold the next day with some salad though. The kids found the lemony flavour a little strong but did eat it, mainly because they were hungry and there wasn't anything else. 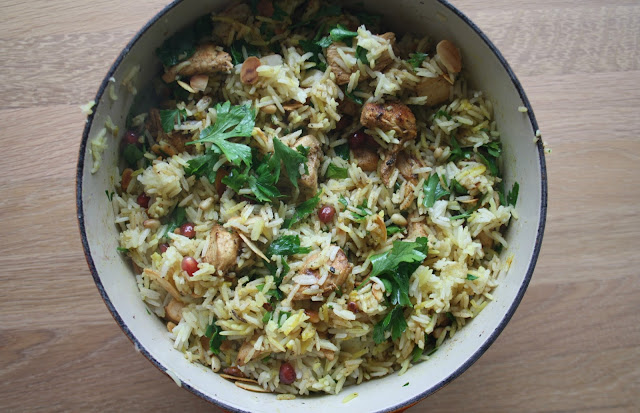 My second recipe was lamb meatballs served with pitta bread, salad and hummous. I really enjoyed mixing all the ingredients together and rolling the little meatballs between my hands, watching them form pleasing rows on the baking tray. 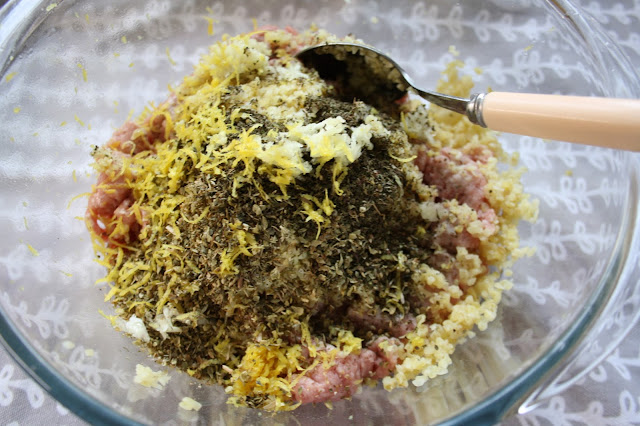 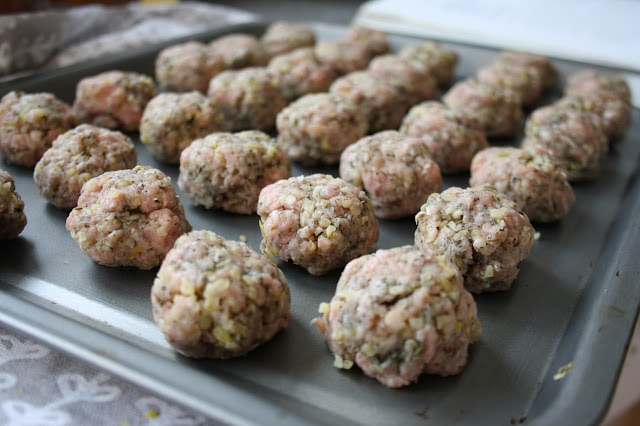 Then they are pan fried before being served with salad (lettuce, tomatoes, red onion), lemon wedges, hummous and Greek yogurt. So it's a glorified sandwich really, but the benefit is that we could all add as much or as little of the different elements as we liked, which worked well. 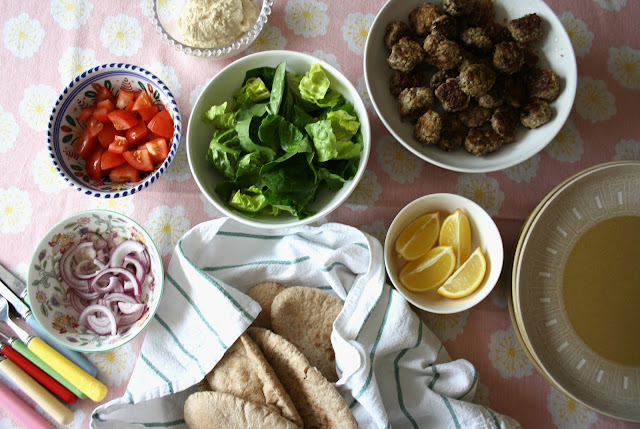 However, despite containing four teaspoons of dried oregano and the same of dried mint, plus garlic and lemon zest, John and I both found the meatballs disappointingly bland. Lamb is a strong flavoured meat and goes so well with spices, so if I made these again I'd be tempted to add a lot of chilli, harissa or paprika, something with some heat, as well as all the other flavours, although I'd leave out the dried mint because I couldn't taste it at all, and it was a brand new bottle. It was a nice meal, but just ok. Not amazing.

So, I remain ambivalent about this Nigella book, the only one - apart from Nigellissima - that I don't regularly use. The recipes all sound tempting and there's lots of things in here that I'd like to make but I feel a bit flat about the results of my cooking here. I'm going to keep it though - there is a whole chapter devoted to ice cream and a recipe for redcurrant sorbet, which I might make one day with the growing stash of redcurrants lurking in the bottom of my freezer.

Continuing with the summery there, August's book will be Mexican Food Made Simple