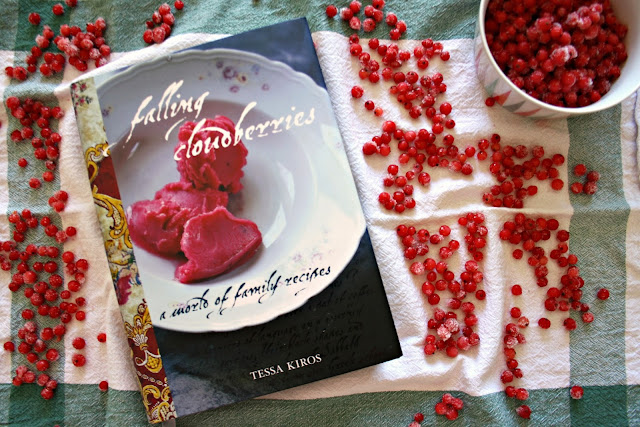 My chosen book for May was Falling Cloudberries

, a book I've had for about ten or fifteen years and love to flick through, but rarely seem to cook from. It is such a delightful book; evocative, dreamy, full of memories of cooking and travel, and some gorgeous sun-drenched photography. Tessa's mother is Finnish and her father Greek Cypriot, and her childhood was spent in the UK and South Africa, before she married an Italian and moved to Italy. This rich heritage makes for wonderful reading, with recipes handed down from different generations in different countries, and each chapter devoted to a different place. It's the loveliest book to read in bed at night, but I do wonder if it's slightly dated. A lot of the meals - desserts included - are pretty labour intensive, and I would have liked to seen more vegetarian options. Or perhaps I've just become one of those consumers with an incredibly short attention span and when I see a recipe and method that runs to two pages, I flick past, no matter how delicious it might look. What can I say, with a job and two young children I am a busy person.

May was a busy month and I spent too much time reading this book in bed and sticking post-it notes against recipes, and not enough time writing shopping lists and buying ingredients, so totally forgot to cook anything from it. And then we were away, so yesterday, on June 1st, one of the warmest days of the year, when everyone else was at the beach or barbecuing, I made a moussaka. 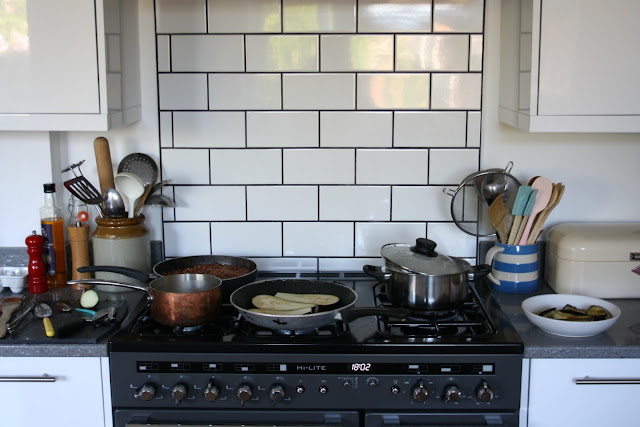 I like moussaka and but dimly remembered making it about ten years ago and it being an all-day affair, which is probably why I haven't made it since. But when I read through the recipe it didn't seem that much more effort than making a lasagne. You cook the mince (beef and pork in this recipe) with onions and tomatoes and leave it to simmer. You fry the aubergine in batches. 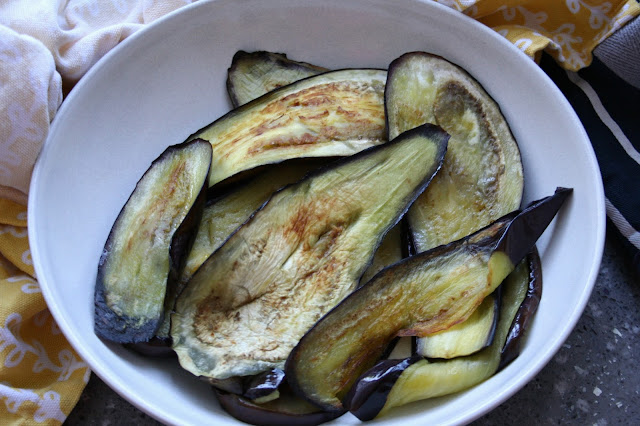 You slice and cook the potatoes (she said fry but I par-boiled them) and then you make a bechamel sauce. It took about an hour to get those things done - it was a triumph in multitasking, let me tell you - and put the assembled dish in the oven. 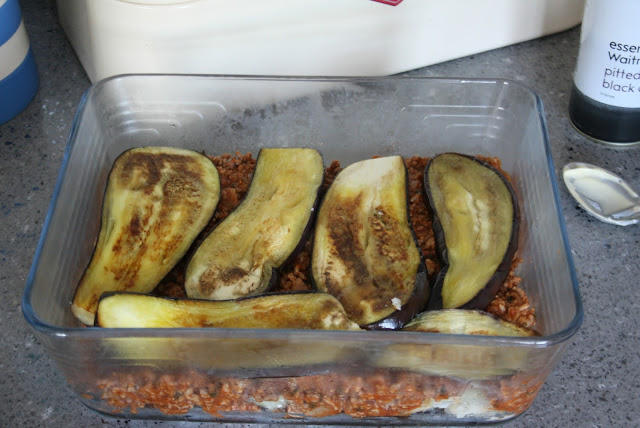 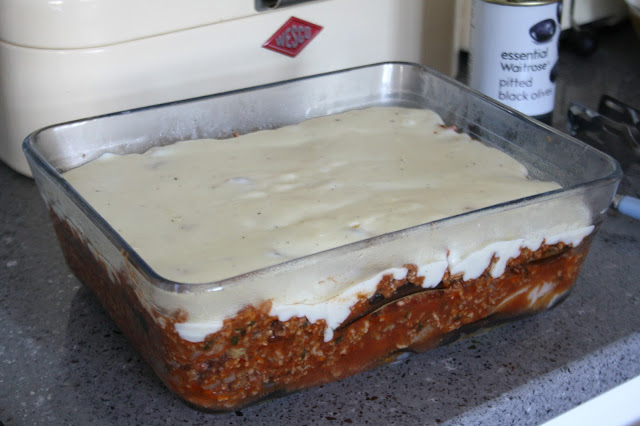 After cooking for an hour, I covered it in foil and left it to rest until we were ready to eat. I cheated slightly and my second dish was a Greek Cypriot salad, from the same chapter in the book. It seemed like the perfect accompaniment. 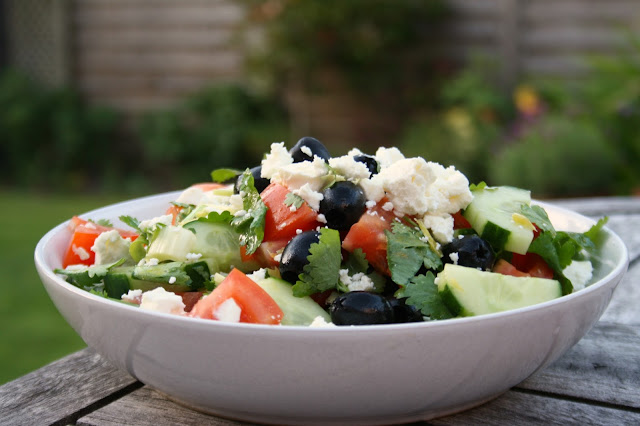 It was John's birthday yesterday and so we decided to eat when the children were in bed, in the garden with a bottle of wine. It's not often it's warm enough for that. 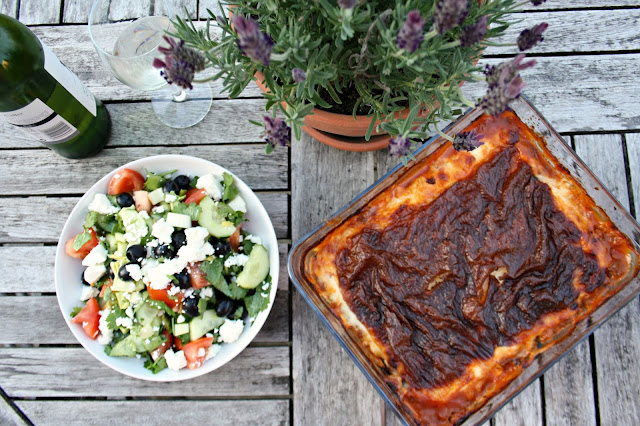 The moussaka was amazing with the creamy aubergines and the potatoes still with a little firmnesss to them, and everything covered in the mixture of meat and bechamel sauce. There are four portions tucked away in the freezer now, ready to be re-heated during the week. I am definitely making this one again. 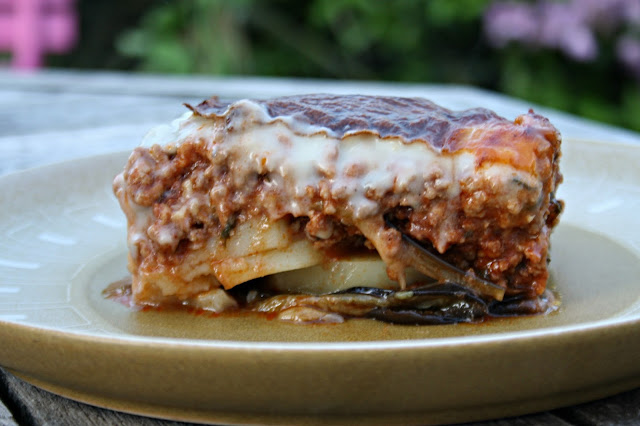 I am joining in again with Penny's Cookery Calendar Challenge as I dust off some of my less used cookery books and cook from them again. June's book will be Kitchenella

I hope you're all enjoying half term. We've been so busy, travelling and visiting family and friends, and after two days at home are off again this afternoon for the weekend. Bella and Angus are going to my parents while John and I go to London. I'll have so much to share with you!