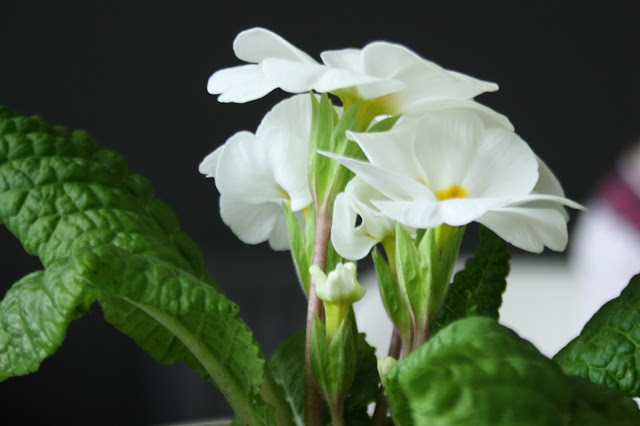 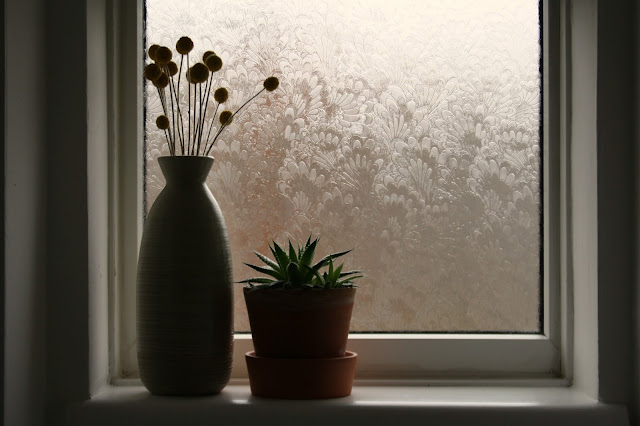 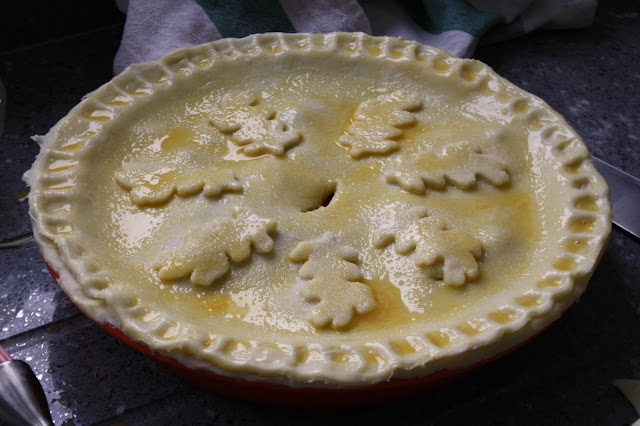 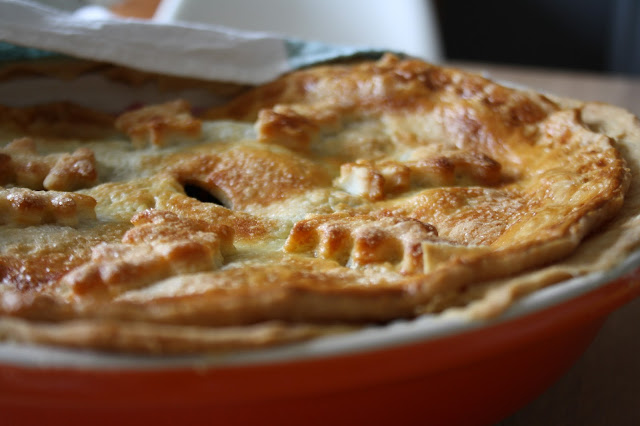 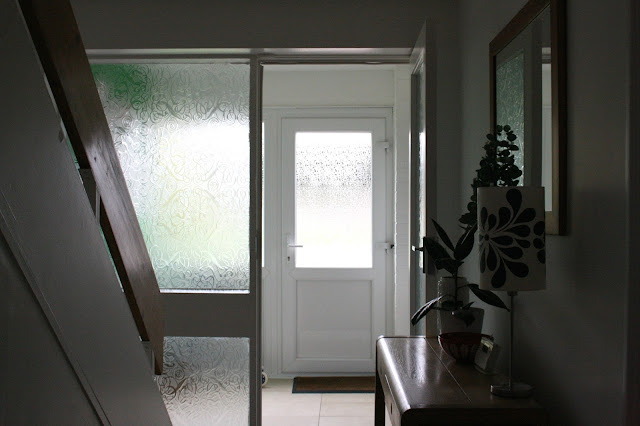 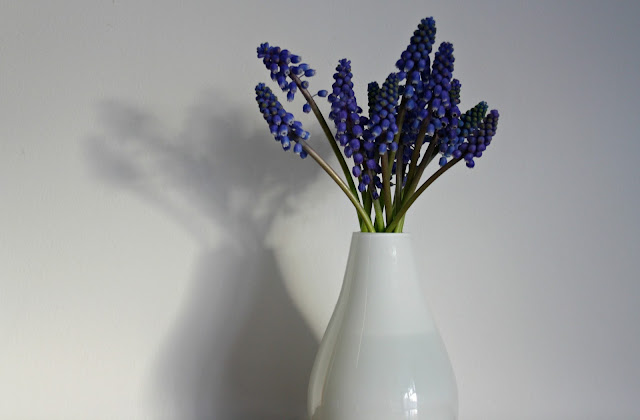 Lately, on the home front there have been....

:: Shepherd's Pies that were equally enjoyed by the children, John and I, and my eighty eight year old Granddad. 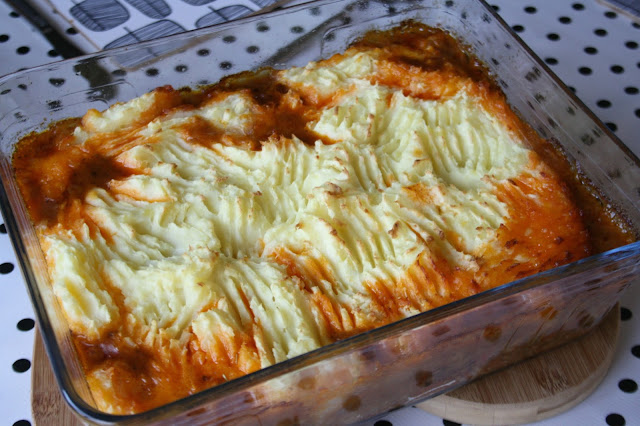 :: blackberry and apple pies with pastry that sunk and shrunk but still tasted so good. 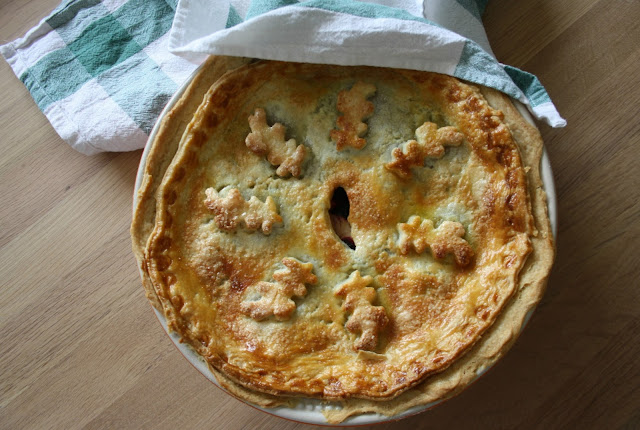 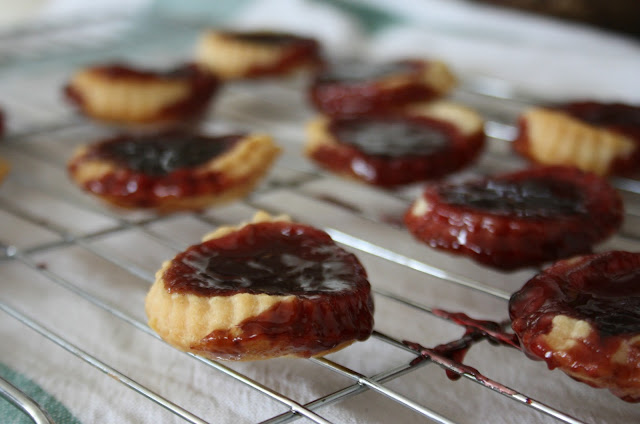 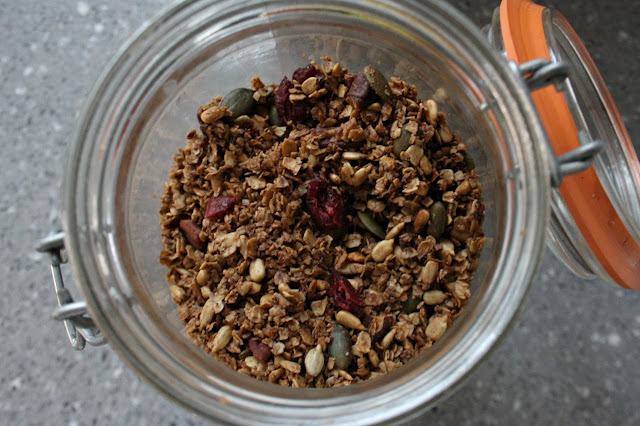 :: organised Sunday cooking, in the form of bulgar wheat salad for my work lunches during the week 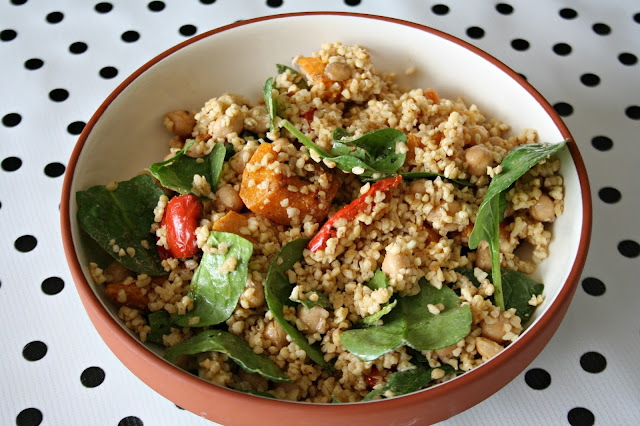 :: Blondies, made by Bella - soft and chewy and as tasty as you would expect something that contains a full pack of butter and 250g white chocolate to be. 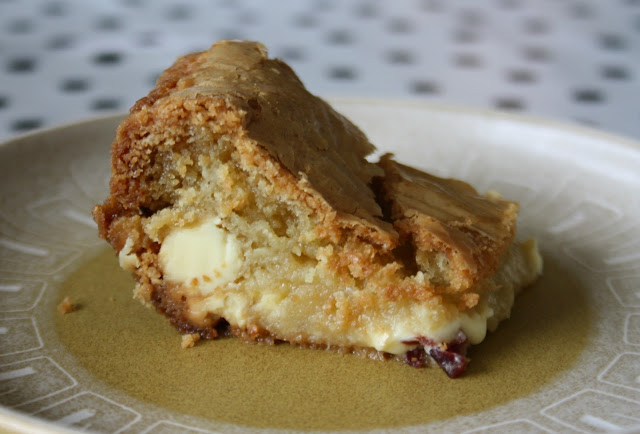 :: frustrating unravelling of rows of crochet due to missing one stitch (I blame my distracted, rushed crochet while the kids are at their swimming lessons....) 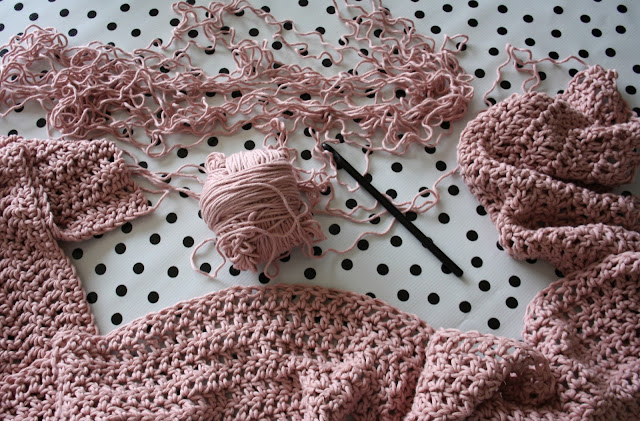 :: the antidote - pleasing, soothing crochet in the form of a border for this blanket 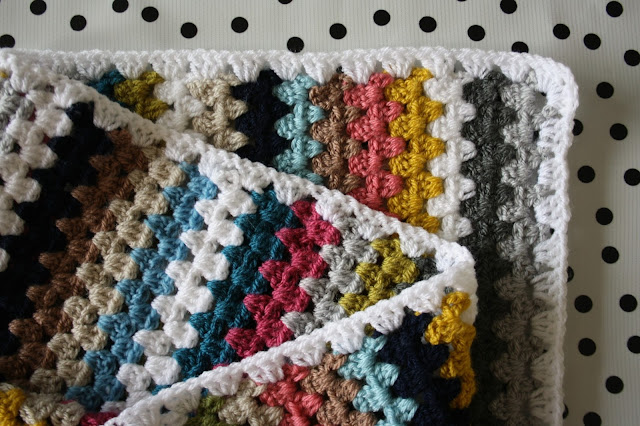 :: grape hyacinths which grow abundantly in the front garden, picked and placed in a vase on my bedside table 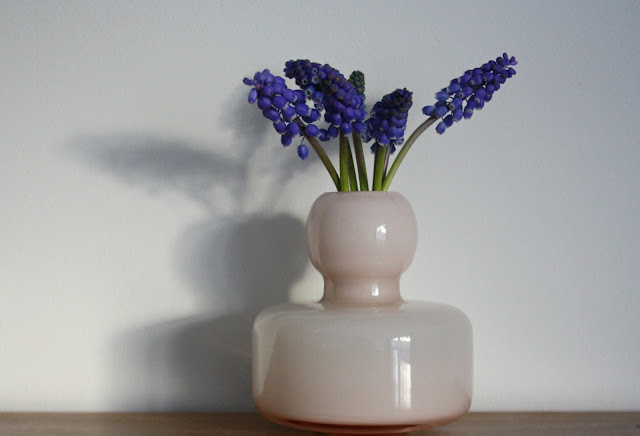 :: thoughts that maybe I've had enough of the green wall and perhaps it's time for a change 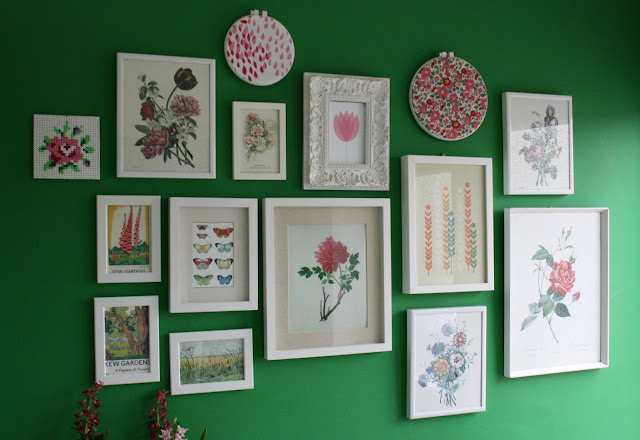 :: thoughts that really our porch/lobby is a waste of time since all we do is store shoes in there, and wouldn't it be better if we just removed the internal door and window to make the whole hallway so much brighter and bigger.... (Me - yes, John - no) 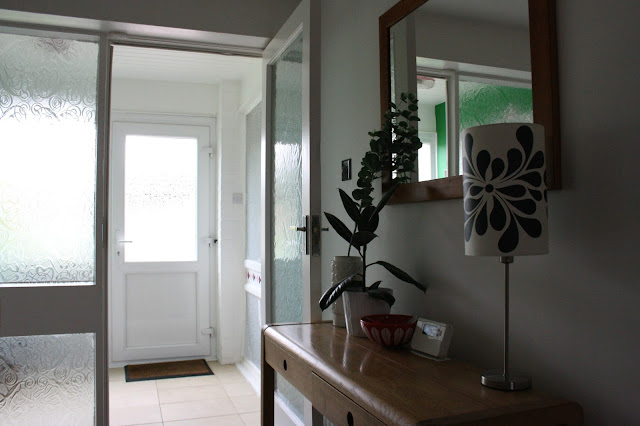 That's what is going on around here at the moment; a lot of cooking, some flowers, a little crochet and always, always, thoughts and conversations about the house, and the next decorating project, and what we could do improve the space we have and make it work better for us. When I say conversations, I mean I talk a lot and wave pictures from Pinterest on my phone under John's nose, and he says things like "We can't afford it", "Gill, I don't think you realise what a massive job that would be", and "If we do that we'll have to replace the floor..."  Undeterred, I persevere. Is it the same in your home?

Talk of knocking down walls aside, it's not really feeling very spring-like here at the moment. In fact, it's pretty cold. John had to scrape ice off the car this morning and I needed gloves on my morning dog walk. I desperately need to spend some time in our poor garden. I was going to tackle it last weekend, I was, but it was really windy so I sat inside with coffee and a magazine instead.

Thank you all so, so much for your lovely comments on Angus's bedroom. I'm really glad you like it too. I hope spring arrives soon for everyone.