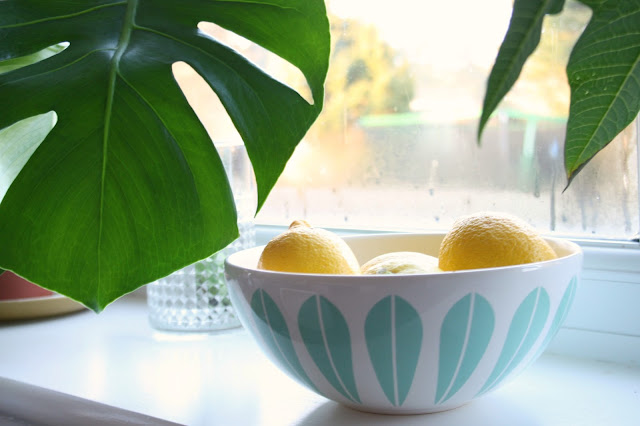 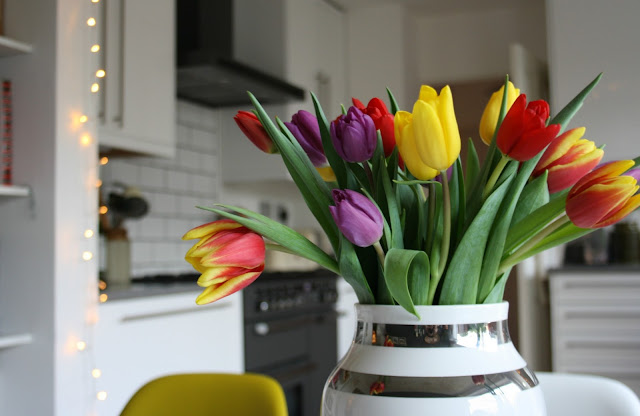 It's Friday night, the house is clean (well, clean for a dog-owner's house), the fridge is full of food and there are rainbow tulips on the kitchen table. These things all make me feel very happy and grateful. I felt like doing one of my round-ups of what I've been up to lately on the domestic and creative front.

I recently moaned on Instagram about how hard it is to find preserve labels with a modern styling - they tend towards the bunting/country kitchen/shabby chic style which is lovely but not really me. People had loads of brilliant suggestions but in the end I found a roll of those boring plain white office labels and used those. They're a bit thin, but they do the job and I had a lot of fun making them. 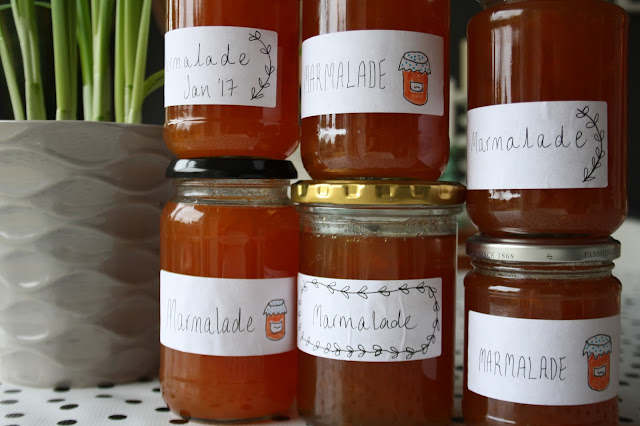 I made a trivet from wooden beads. It's about the size of a saucer and perfect for my coffee pot. 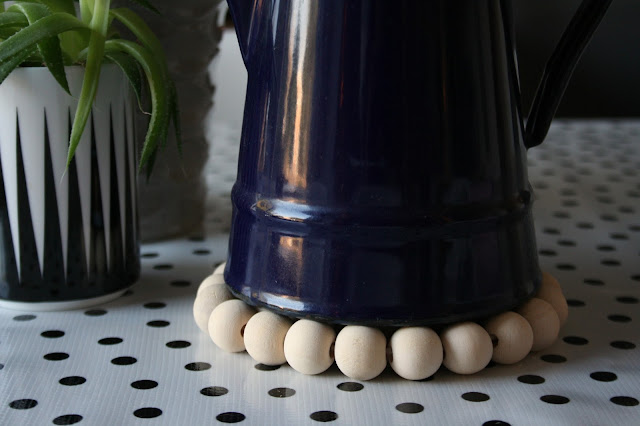 It honestly took about ten minutes. 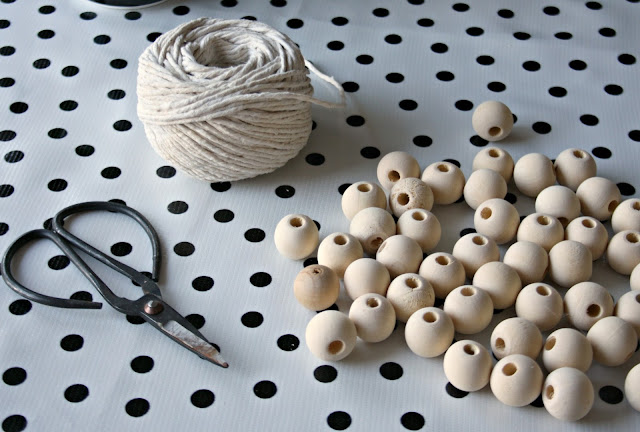 You just make three small rings which increase in size, sitting one inside the other. 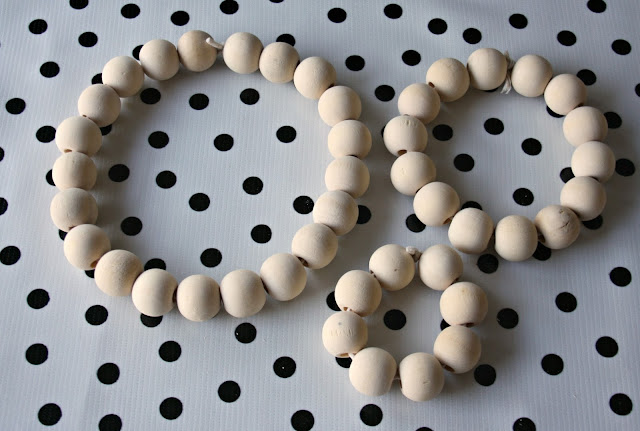 It's important that they fit very snugly together and there is no movement, so that you get a nice stable mat. I am now thinking about making one from felt balls. 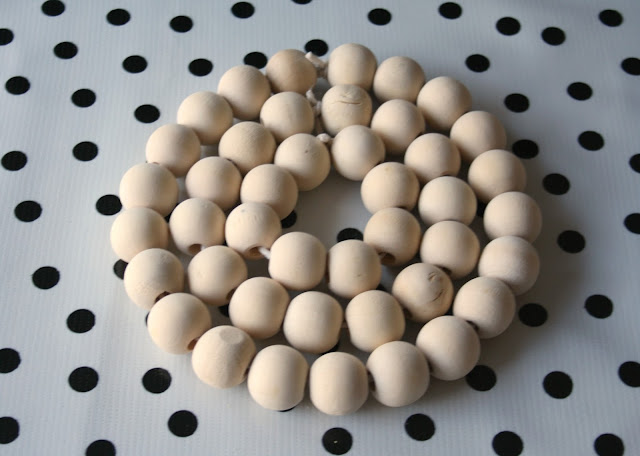 And, of course, I have been arranging and re-arranging the mantel. I removed everything and then just put back a few things. This was really hard but I think it looks better this way, lighter and fresher. 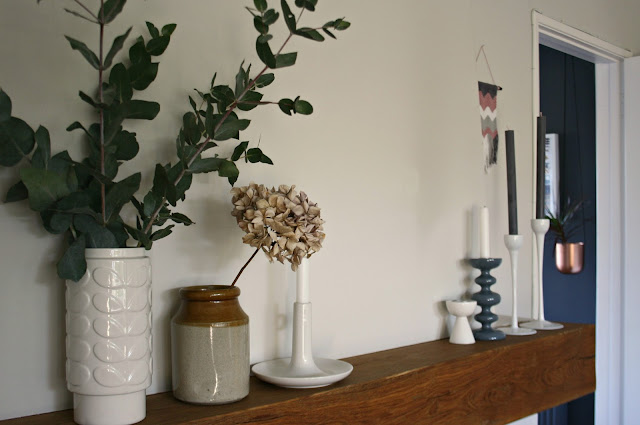 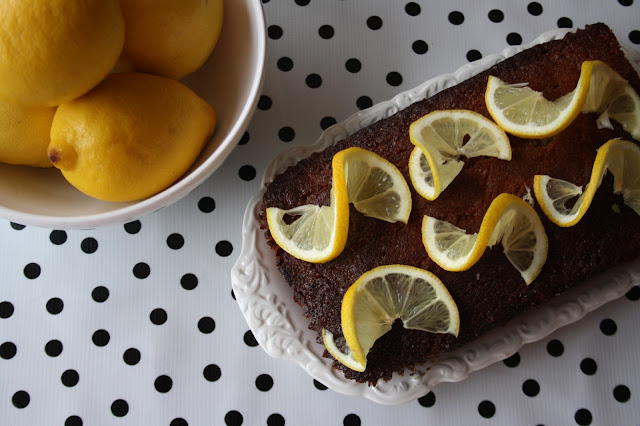 I recently tried this spelt, lemon and maple drizzle cake from the Waitrose magazine. I did deviate from the recipe a bit though, using wholemeal spelt flour rather than white flour, and this did not make for the lightest of cakes. Also, I am too tight to pour almost a whole bottle of expensive maple syrup into one cake so I used sugar. It caught a little on top, hence the lemons. The spelt flour did give it a very nice nuttiness, but I think I still prefer my usual lemon drizzle cake recipe. 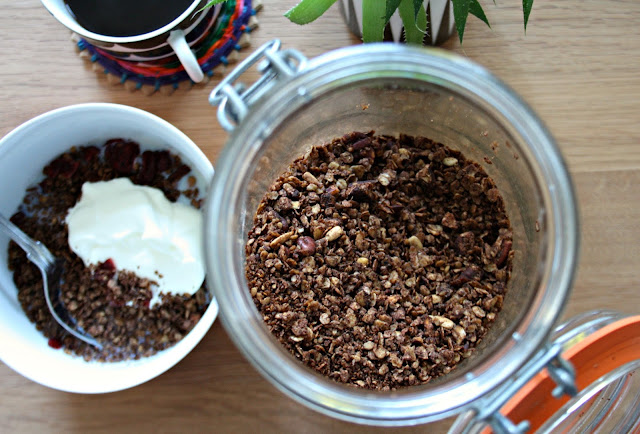 Much more successful was this chocolate granola, based loosely on Sue's granola recipe although I fiddled around with it based on my preferences.

Combine everything except the dried fruit, and spread on a couple of baking trays. Bake for an hour at 140°C, stirring a couple of times. When cool, store in an airtight jar.

Don't be tempted to add too much cocoa - it's very bitter. Chocolate chips would obviously be amazing in this, should you fancy more chocolate. 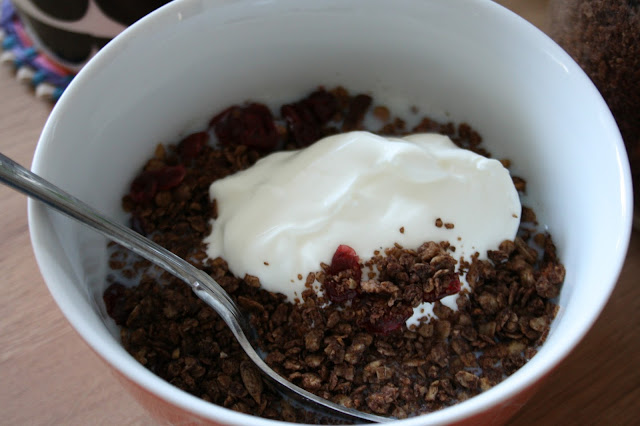 I eat mine with a little milk and a lot of Greek yogurt. The tartness of the yogurt makes the granola taste sweeter than it is. 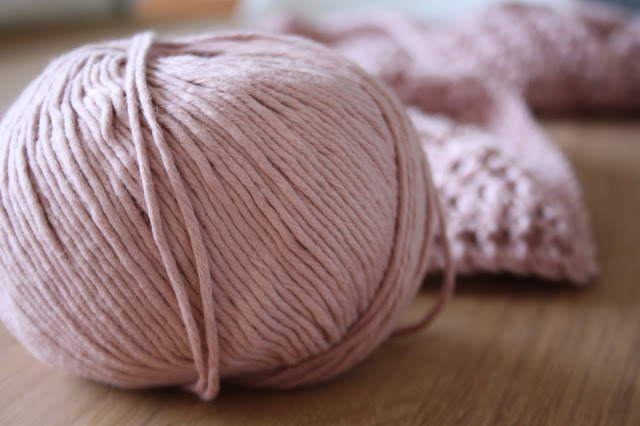 This week I've mostly been working on my Wool And The Gang Rose cardigan. It's cotton on a 6.5mm hook, so it makes quite a loose fabric. 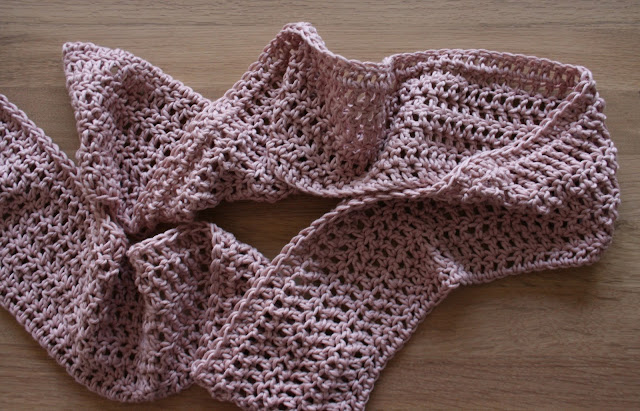 At the moment it just looks like a scarf, but this is part of the front and back panel. The colour is so gorgeous, and the cotton such nice quality - I'm really excited to see how this turns out. 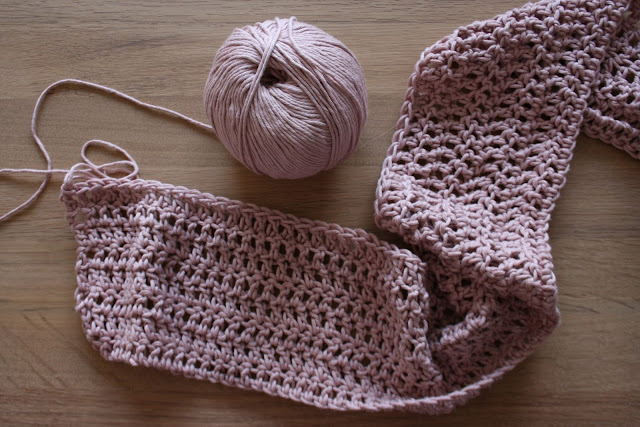 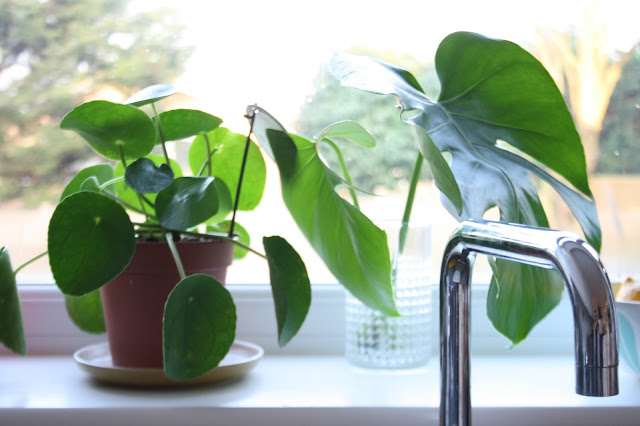 Plant life is firmly based indoors at the moment, as my passion for house plants continues. I recently bought a small pilea plant (those things are tricky to find!) and was delighted to spot a tiny shoot on it the other day.

I carefully removed it and planted it in a small pot, where I will lovingly tend to it until it's bigger, then I'll give it away. I am nurturing it on the kitchen windowsill, which is where plants stand a really good chance of growing in this house - partly for the light, and partly because I don't forget they're there. 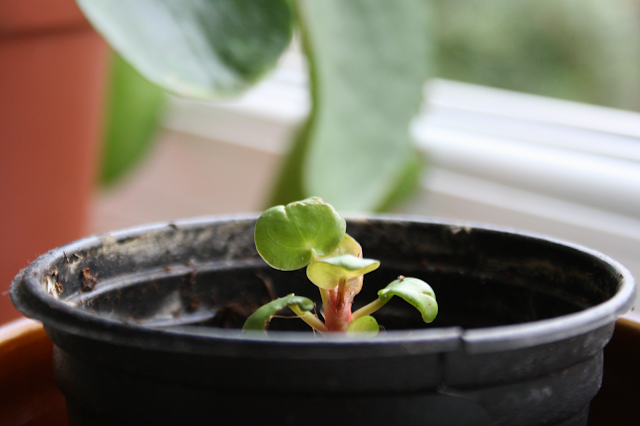 Less happily, my beautiful new monstera plant was damaged. I arrived home from work one day to find it lying on the floor in the living room, the pot smashed and two large stems snapped. I can only blame a certain four legged friend who really wanted to look out of the window. 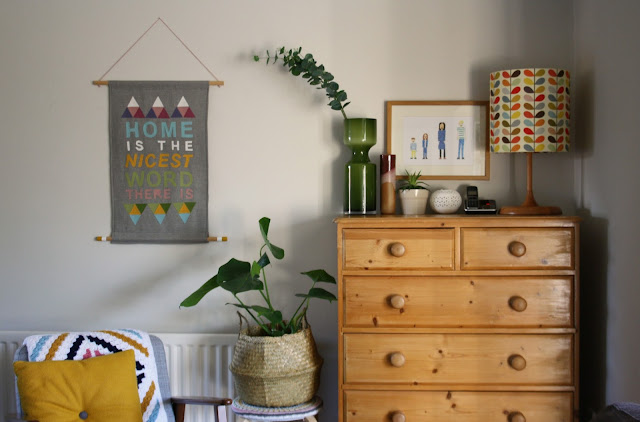 I removed the snapped stems and have placed them in a glass of water where, I'm told, they may grow roots and I'll be able to re-pot them. Or they may end up on the compost heap. Luckily the main body of the plant is intact, it's just been moved to a more, err, secure location.

It's been a long and busy week and we have a full weekend ahead. Some nice things are planned, like dinner with my lovely friend tonight, and tedious things, like going shopping to get John a new suit tomorrow, and hopefully a lot of ordinary like cooking, dog walks and pottering in between. John is going out with some of his colleagues tomorrow night and I'm so excited about my night alone, I have planned my whole evening, what I'm going to eat (rice bowl, which John does not consider a "proper dinner"), what I'm going to drink (Sauvignon blanc) and what I'm going to watch on TV (The Crown or possibly a romantic comedy).