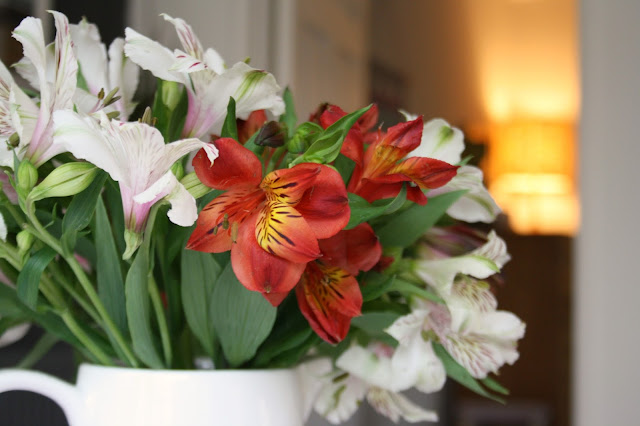 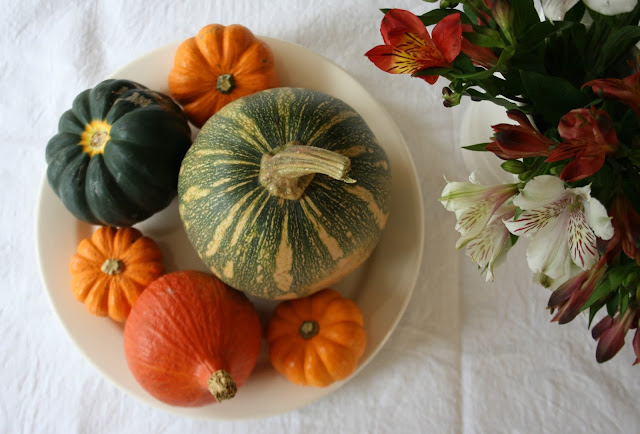 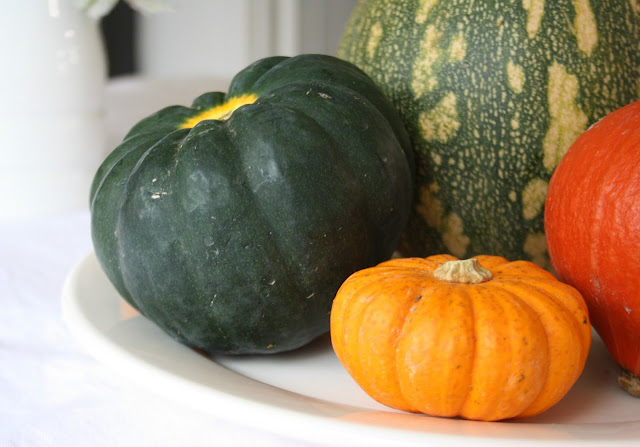 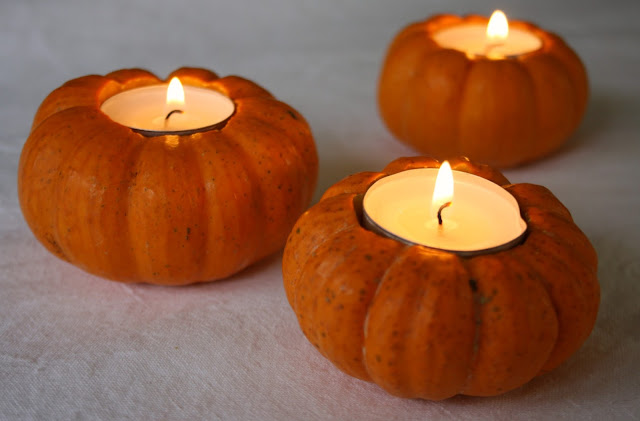 It all started when I bought some of those attractive, slightly overpriced squashes in a farm shop the week before Halloween. You know the kind; a bugger to peel and chop, but they look really good in a bowl on a table. I also succumbed to something called a "munchkin" in Waitrose, a teeny tiny pumpkin the size of an apple. They serve no culinary purpose whatsoever as far as I can tell, but they look adorable as tea light holders. Anyway, eventually the squash situation had to be tackled. At the same time I remembered that I had two tins of Libby's Pumpkin Puree in the cupboard that I'd been meaning to use and had been saving for this time of year and so the cooking began. 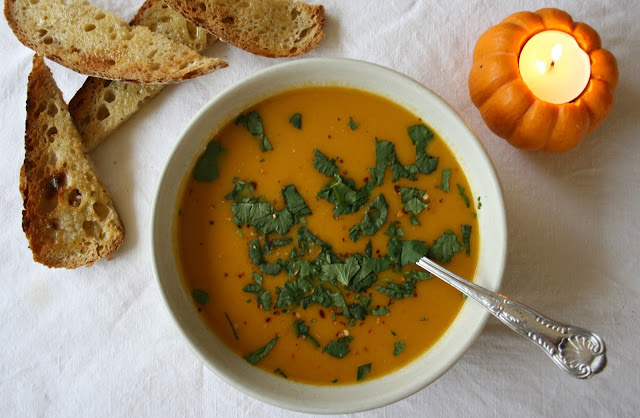 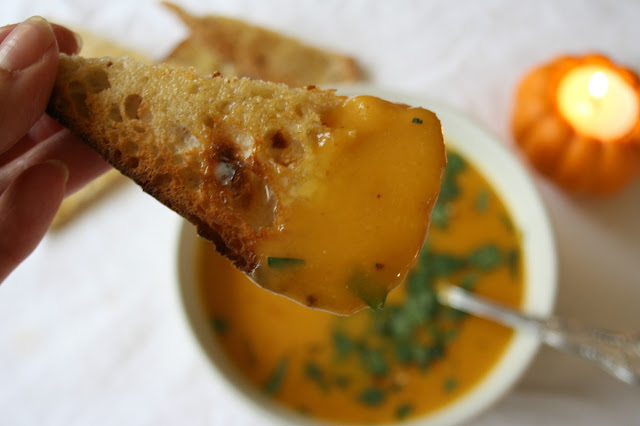 I made Thai spiced soup with the squashes, some red Thai curry paste and coconut milk. Spicy flavours go really well with the sweet blandness of squash and pumpkins, and this was delicious with lots of hot buttered toast. I also roasted the seeds with a little olive oil, salt, pepper and chilli flakes. I ate them as a snack, but you could sprinkle them on top of the soup too if you like. It's really good. 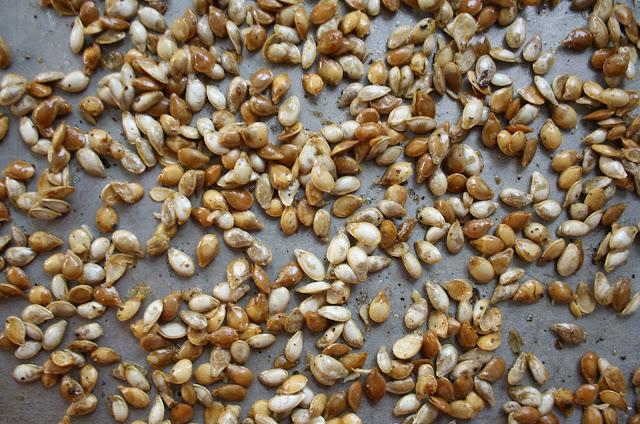 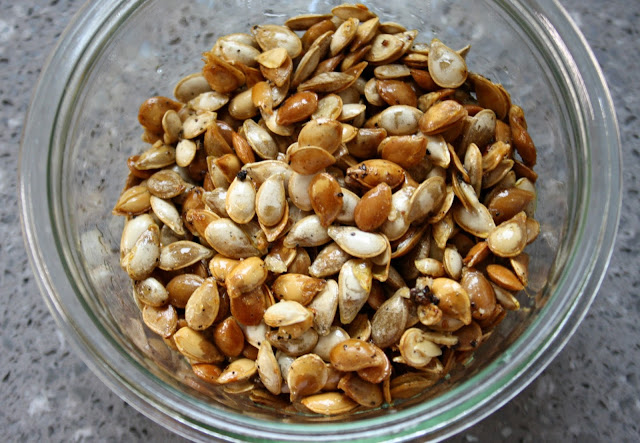 With the tinned pumpkin puree (which, let me tell you, is really hard to get hold of here) I made my first pumpkin pie. This seems like such a quintessentially American dessert to me, the kind of thing I read about people baking and eating in books as a child, and a dessert very closely associated with autumn and Thanksgiving. 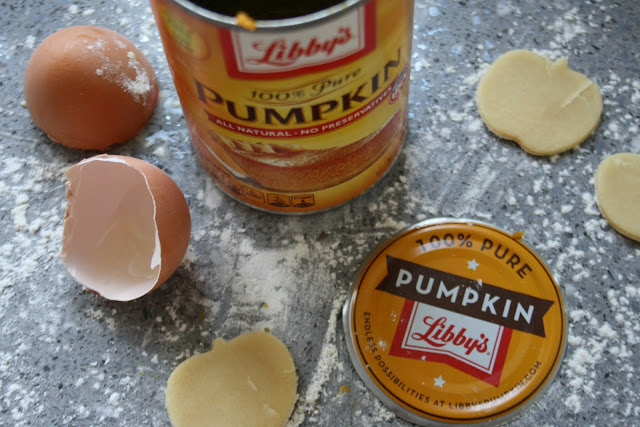 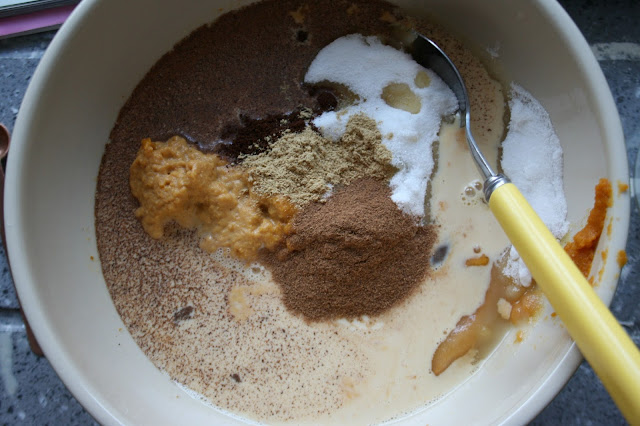 I used this recipe and it was clear and very easy to follow. I am a fan of the Humingbird Bakery books and have a few of them, and have always found their recipes to be reliable. Next time I might be tempted to blind bake the pastry crust first, just for ten minutes. The bottom was not soggy, but it could have been a little crisper. 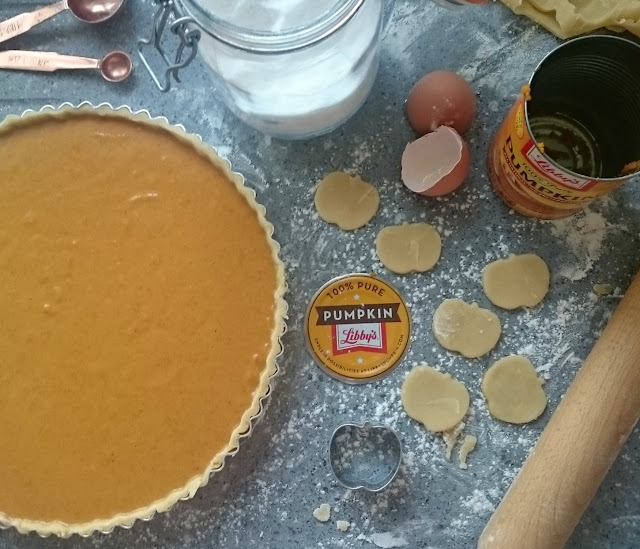 I wondered if it needed sweet pastry, rather than plain. It definitely does not! The filling is pretty sweet, but loaded with cinnamon, cloves and ginger, and again those spices go so well with the pumpkin. I am definitely making this again. 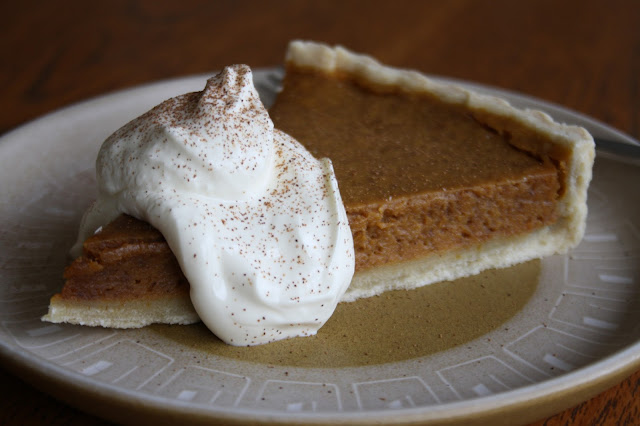 And finally, pumpkin pancakes. The recipe is from The Hummingbird Bakery: Life is Sweet

and I'm afraid I can't find a version online, but basically just mix pureed pumpkin or squash into your pancake batter and add cinnamon, ginger, all spice and a pinch of cloves, and little baking powder too if you're using plain flour. It's all very approximate. 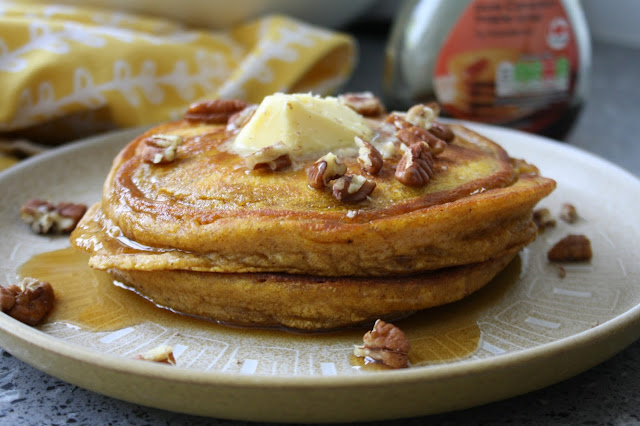 Serve with maple syrup, a knob of butter and chopped pecans. They are amazing. Yes, they are pudding masquerading as breakfast, but I eat porridge every weekday. At the weekend I like something nice, something that takes a while to cook. Saturday morning pancakes are our family tradition when it's John's weekend off, with coffee and Radio 4 on in the background. 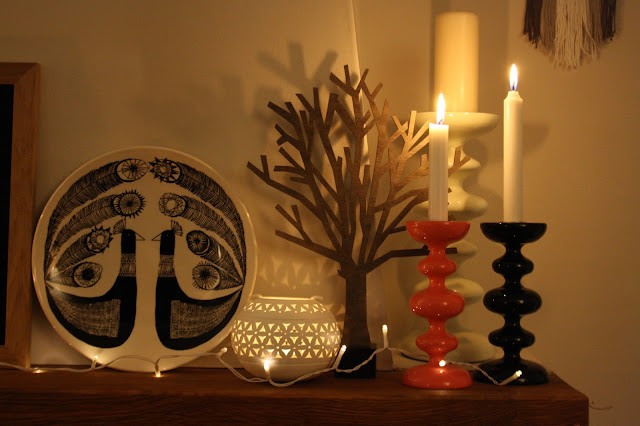 Pumpkins aside, it's all feeling very November-y here.  The temperature has dropped and the wind is cold. At the weekend we lit the stove in the afternoons and I unpacked some fairy lights. On Saturday we went to my parents for fireworks and it was such a fun night, one of those cosy informal gatherings that works really well. On Sunday we tackled the garden and with help from my parents we pruned, weeded, cut back and tidied up. I planted bulbs and moved pots around and recycled a car boot full of garden waste this morning. It's now looking tidy and ship shape, ready for the winter, which is very satisfying. I don't plan on going out there now until at least March, apart from possibly picking some greenery to make a wreath, one of the many festive crafty ideas I have up my sleeve... 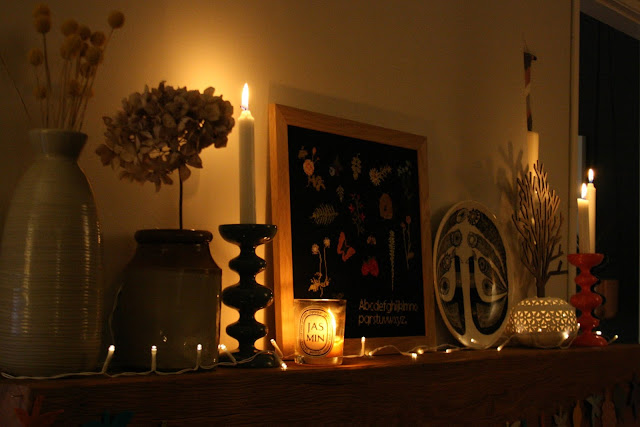 Thank you for all your comments lately, and hello to any new visitors! It's lovely to have you here, and you are very welcome. Your thoughts and suggestions on crochet socks were fantastic, and I've been looking at a lot of patterns, planning and researching my next pair.
Posted by Gillian Roe at Monday, November 07, 2016