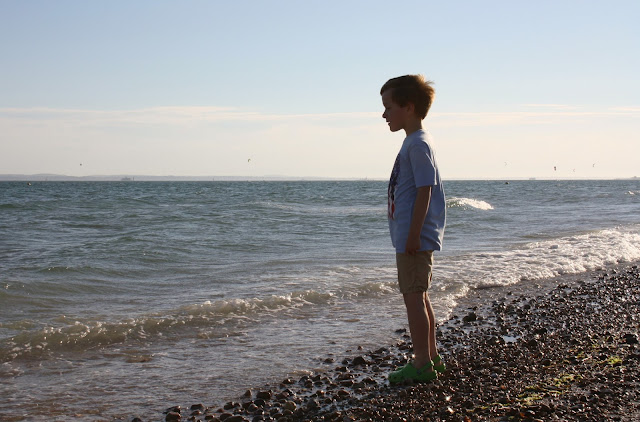 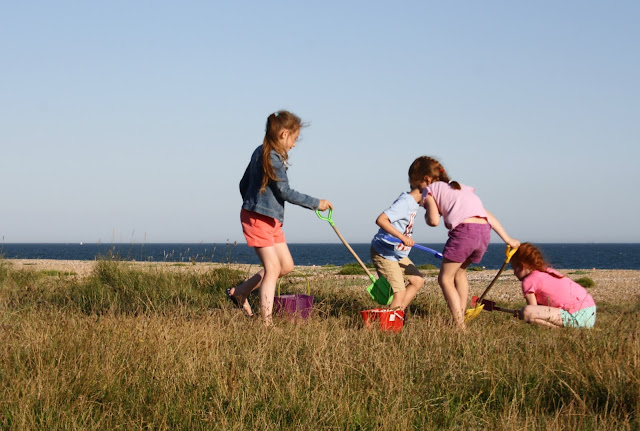 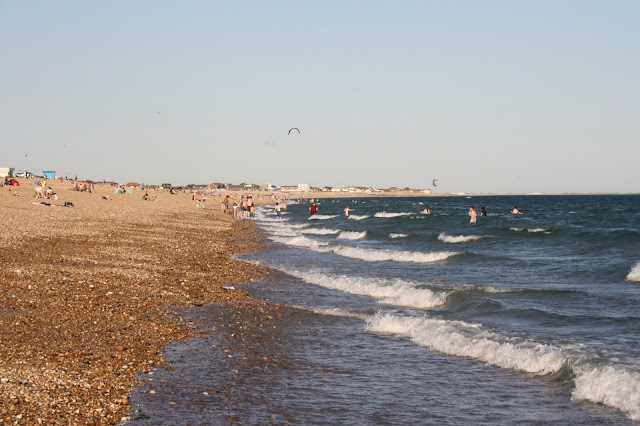 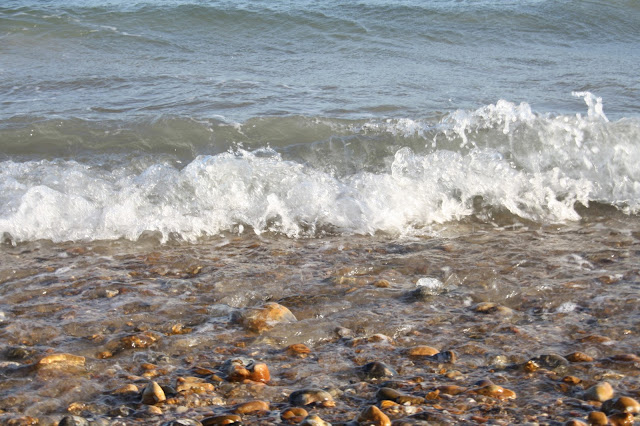 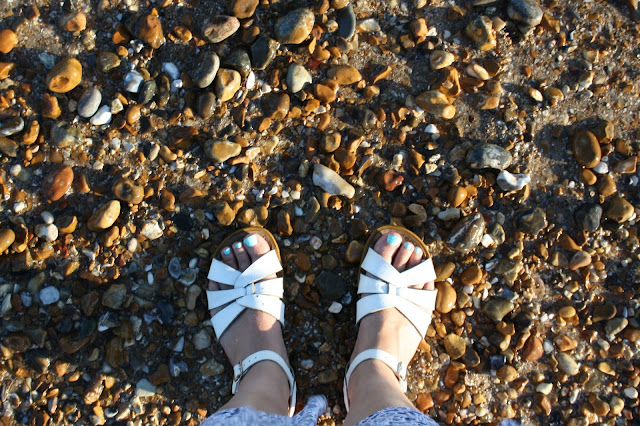 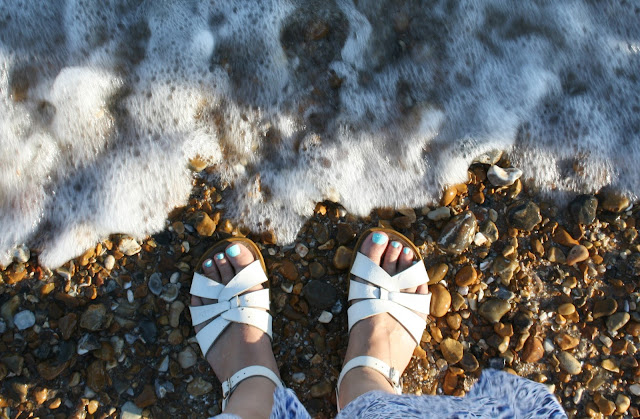 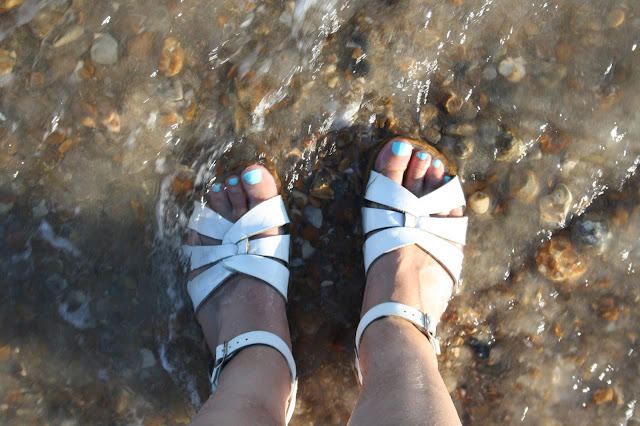 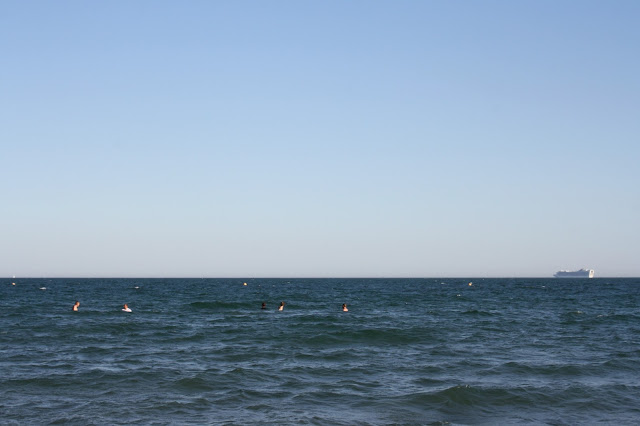 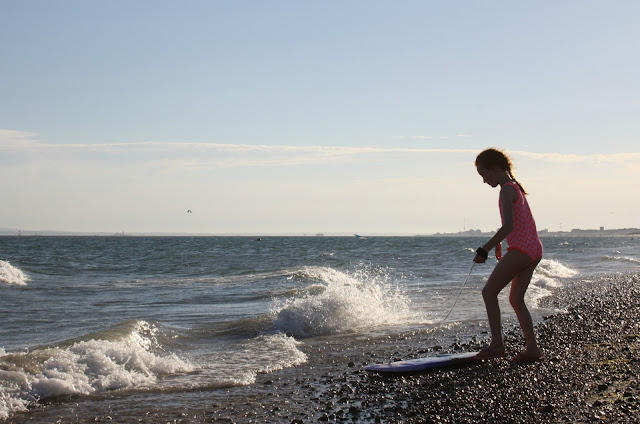 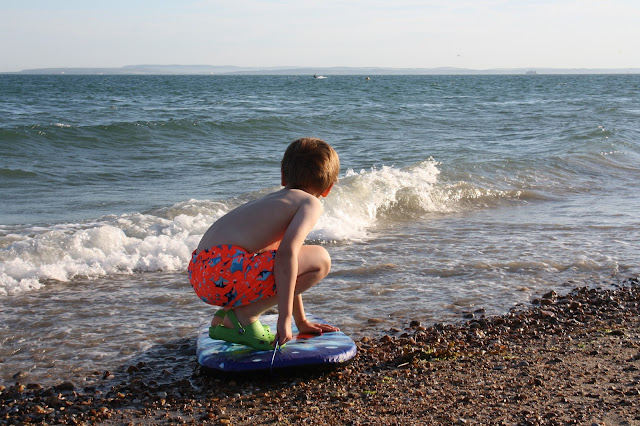 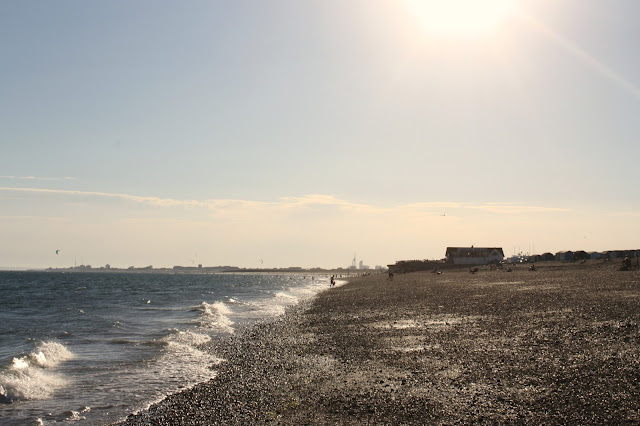 Yesterday was dramatically hot, or hot for the UK anyway. As I sweltered all day at work I became more and more obsessed with going to the beach, with dipping my hot tired feet in the cold water. It was all I could think about. I texted John at work in the afternoon. Did he fancy going to the beach? He did, and a hurried plan was formed involving picnics and my nieces, who I'd previously arranged to have after school yesterday. We set off late and the traffic was awful, as predicted. There is only one road to this beach and everyone has to use it. By the time we arrived at the beach hut it was after 6 but we still had a couple of hours, bedtimes being later and relaxed since today is the last day of term. The children ate their picnic and went off to play. Angus and I went down to the water and paddled. I had wanted to swim but there was such a breeze on the shore that it really didn't feel so warm once I was down there (only in the UK could it be 34°C but feel too cool to swim!), so I contented myself with standing with my feet in the sea for about a hour. It was bliss. Angus and my niece, Jennifer, "surfed" in the shallows. The tide was coming in, covering the sand and reaching the pebbles. It was time to go home, back to our hot house, to shower the kids and make ourselves some dinner. John cooked some rigatoni with a really fresh tomato and basil sauce and we had a beer. Then I fell asleep on the sofa. It must've been the sea air. I asked myself if it was worth it, all the rushing and traffic for a couple of hours on the beach. Yes, without a doubt.