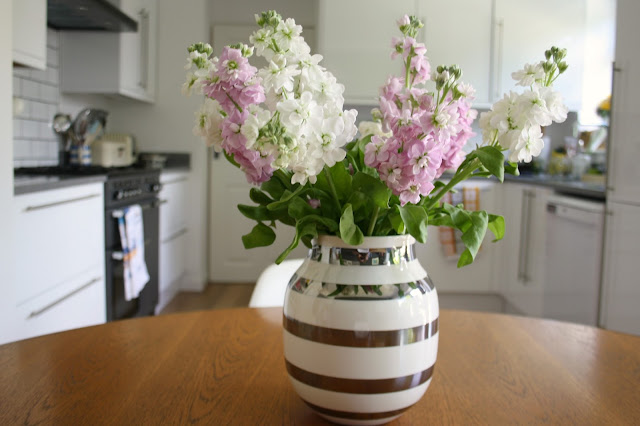 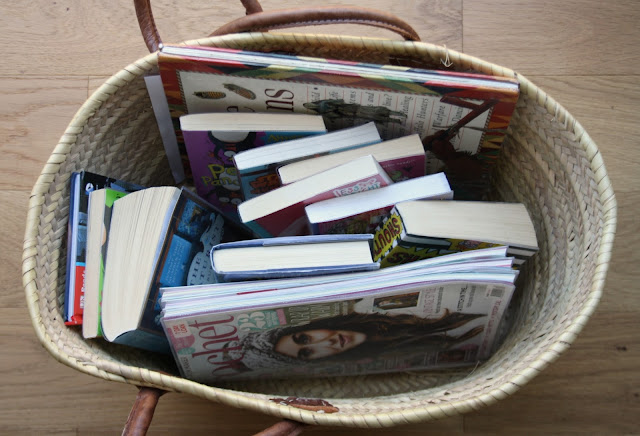 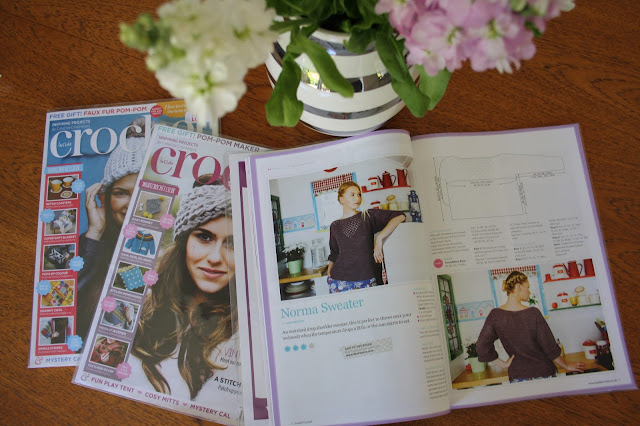 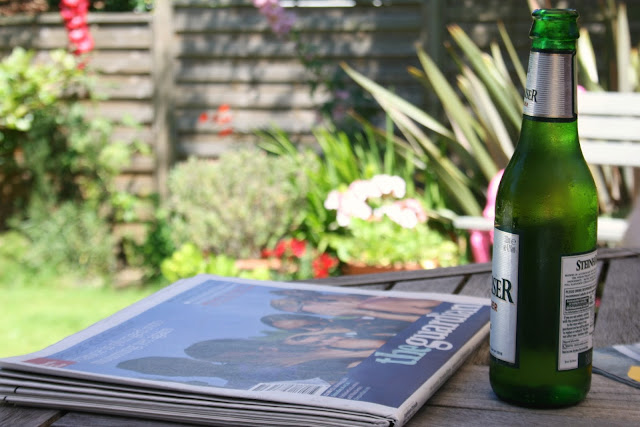 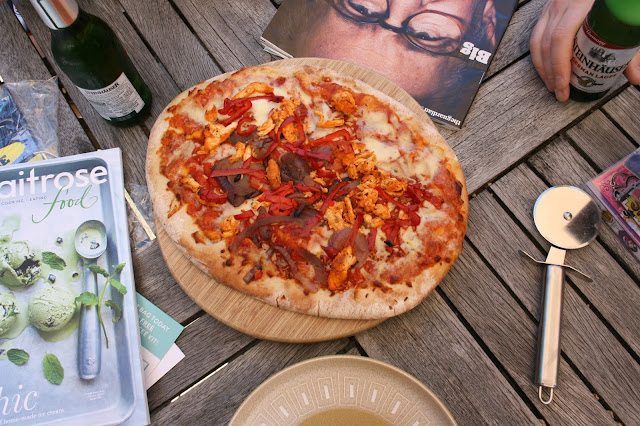 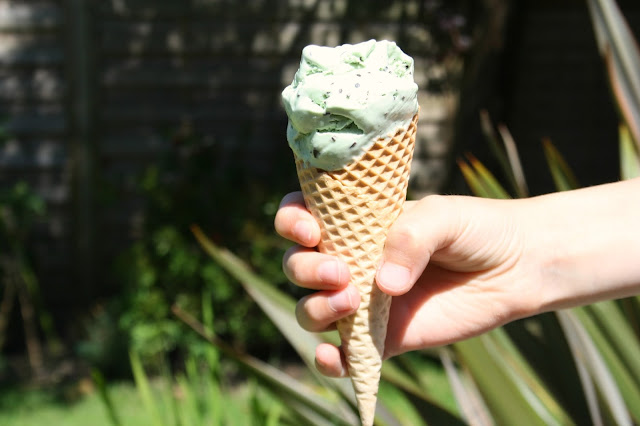 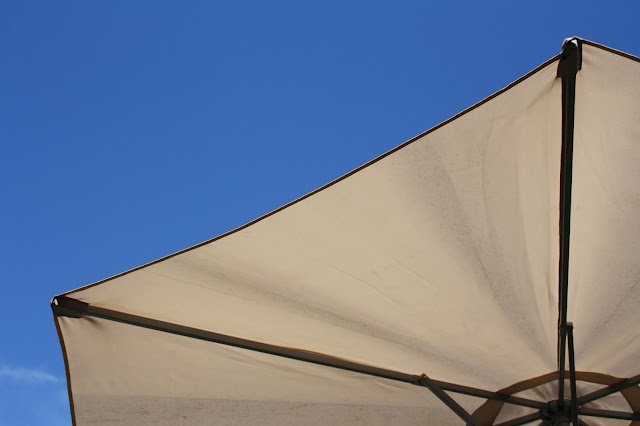 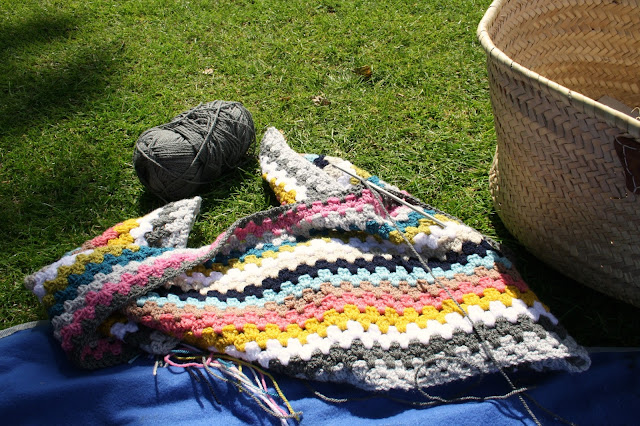 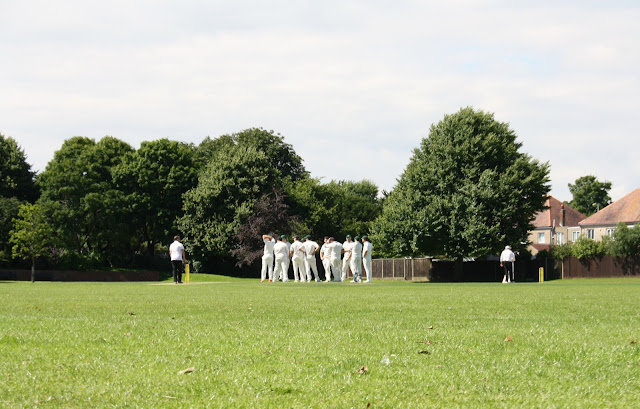 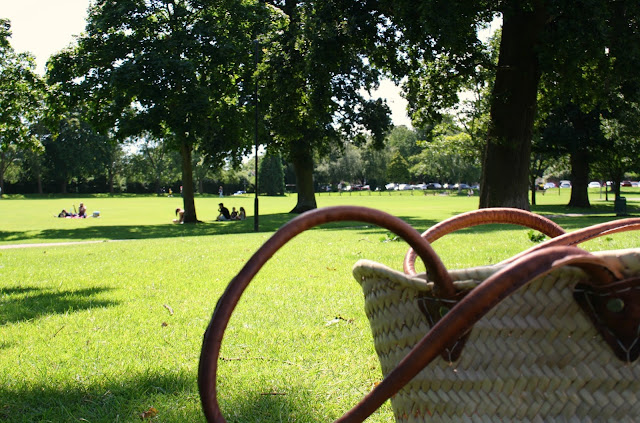 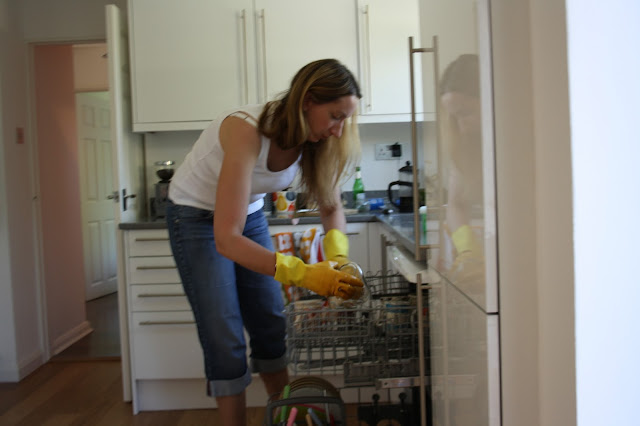 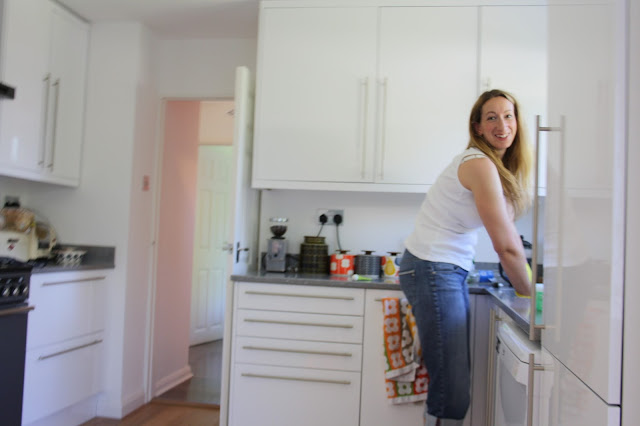 Saturdays when John is not working usually begin in a similar way. First, pancakes for breakfast, then we all go into town to visit the library and shops, sometimes stopping for coffee and cake too. We always call in at Waitrose for bits and bobs for the weekend, once we've decided what we want to cook and eat on Saturday and Sunday. We plan the weeknight meals and do the big weekly shop elsewhere, but we usually think about the weekend food differently. It might be a takeaway or something that involves lots of planning and preparation, depending on the kind of week we've had, what the weather is like. Then, unless we have somewhere particular to be, the afternoons are usually quiet and involve pottering around the house.

Today was like that but ten times better, mainly due to the sunshine and totally gorgeous weather. We went into town but drank our coffee sitting outside the cafe, under the shade of a huge maple tree. It was just lovely. We did our shopping, went to the library (lots of crochet magazines!), bought a paper and nice things to eat, came home. There was one alarming moment when Angus left Barry the Badger behind in the children's section in the library and we didn't notice until we were half way round Waitrose. Luckily he was just where Angus had left him and badger and boy were reunited, but that was close. I don't know who would be more upset if we lost Barry, Angus or me.

Because it was so hot - and, being British, we get a bit excited when the weather in summer is summery and get confused and think we're on holiday - we opened beers and put the parasol up and ate lunch in the garden. Then we went to the park where the kids ran around while John and I lay on the blanket, he watching the cricket and me crocheting. It occurred to me that the kids were getting loads of fresh air and exercise while I wasn't having to exert myself in the slightest, and that was very pleasing.

Now, it's cool and cloudy. The kids have been having a water fight which involved flinging around full watering cans and trying to soak each other. I had to strip them off at the kitchen door, they were so wet and dirty. They are now upstairs reading, showered and in their pyjamas. John is preparing spicy pork noodles for our dinner and the kitchen smells of garlic and ginger. There is a key lime pie in the fridge for dessert and I have a glass of white wine next to me. We're deciding what film to watch later. Happy days.

Photos of me washing up taken by Angus. Keeping it real.

Thank you SO much for the response to my crafting post. So many good ideas! I need to sit and think and process, and - of course - write a list, and then write a blog post. But thank you. I knew you'd all come to my rescue.