:: A beautifully tiled splashback behind the cooker. (Also, a harmonious DIY experience, a husband who is handy with jobs around the house, and a finally finished kitchen.) 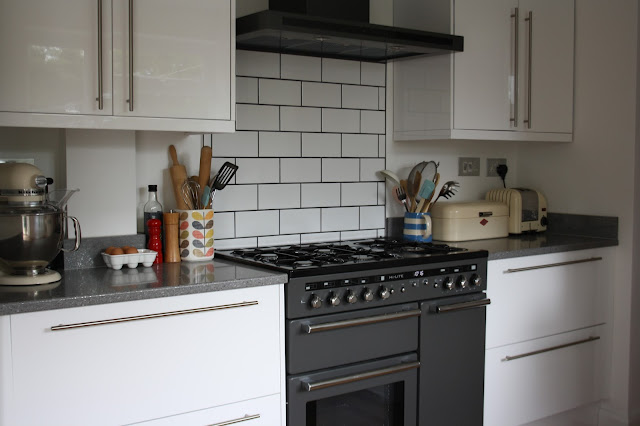 :: This amazing chicken and lentil curry, of which there was plenty leftover so the freezer is filling up again. The spices were fried and the paste made from scratch. The rice didn't come out of a packet in the microwave. It tasted of, well, flavours. Lots of flavours. Also eaten this week: chicken fajitas, barbecue pulled pork with buns, coleslaw and salad, spaghetti carbonara. Tomorrow night I'm going to attempt some kind of hash with the leftover pulled pork and some potatoes and beans, chuck a fried egg on top. Ah, cooking! 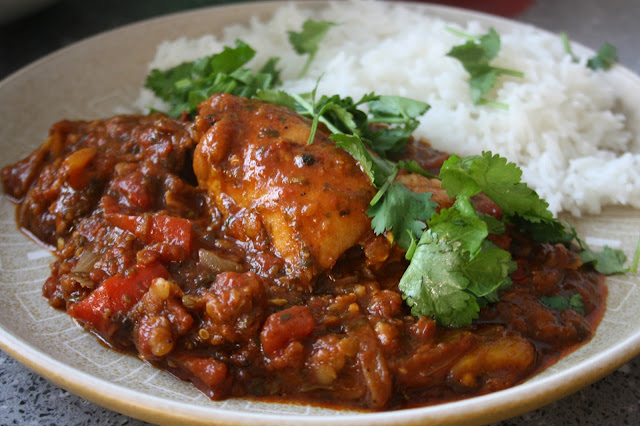 :: The discovery of a really, really old iPod in the back of a drawer. It's practically vintage, but it works, and Angus is very taken with it. Because it's full of John's music, I think he was listening to The Clash here. (Also, I just think Angus looks really cute in his little vest which he has been wearing as a pyjama top lately.) 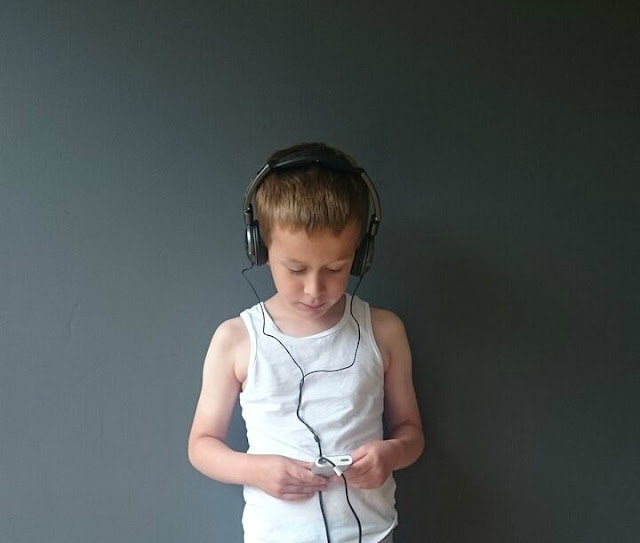 :: Herbs on the window sill. The lovely pots were a kind gift from my mother in law. 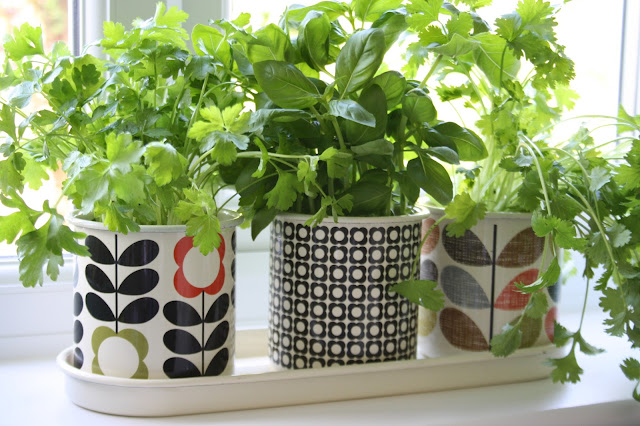 :: The arranging of stuff. It was like unpacking all over again, as I got things out of boxes and dusted them off. Comments were made about having too many vases. I'll just say that I am adequately prepared for any flower-giving situation and that's very sensible of me. 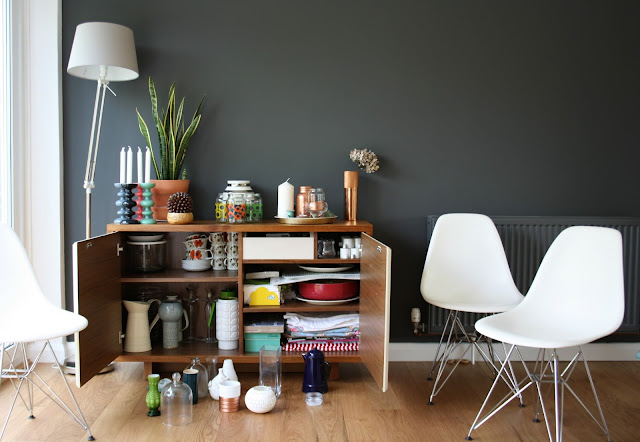 :: Tiny baby ranunculus seedlings. I doubt I'll get flowers this year, they're too small, but I'm proud of them. I might plant them out this weekend. 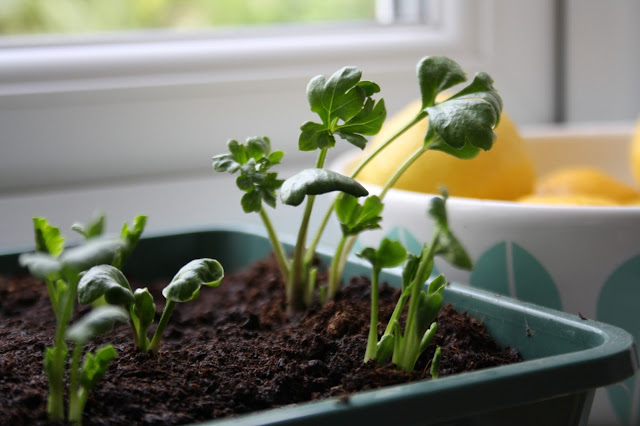 :: Peony season. How I love watching these unfold. 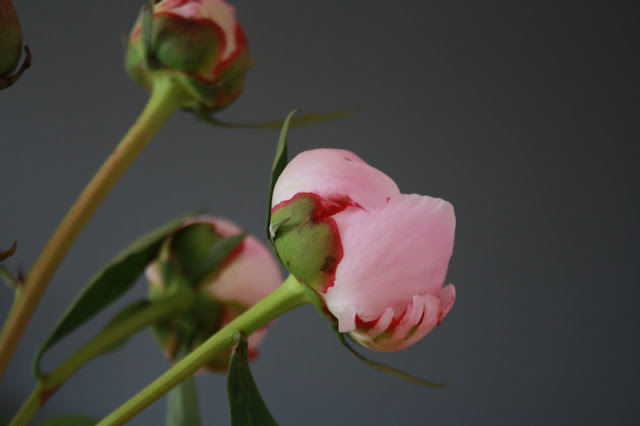 :: This one who, when he wants to, can melt my heart. Especially when he does "helping". Look at his concentrating face. 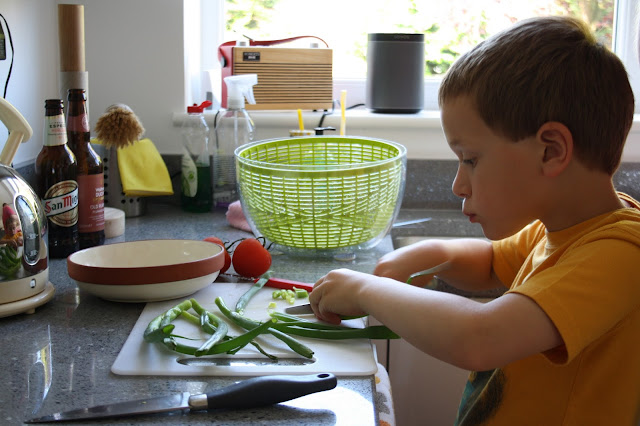 :: Dusting off  - I mean literally wiping the dust - off my sewing machine to make a tunic for Bella to wear to Anglo Saxon day at school. Then I sat in front of two episodes of the Great British Sewing Bee while I hemmed the dining room curtains. A happy evening of sewing. 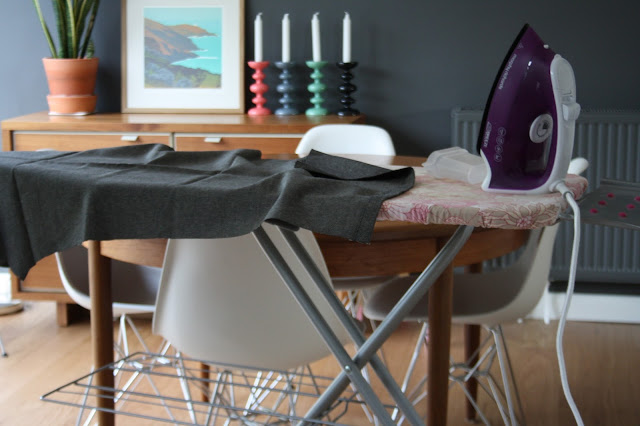 :: My Anglo Saxon girl. She was particularly proud of her plaits. I don't think the long sleeved t-shirt, leggings or trainers worn under the tunic were historically accurate, but I saw one boy in her class dressed as Hercules and another as a Roman solider, so I don't think we need to worry. 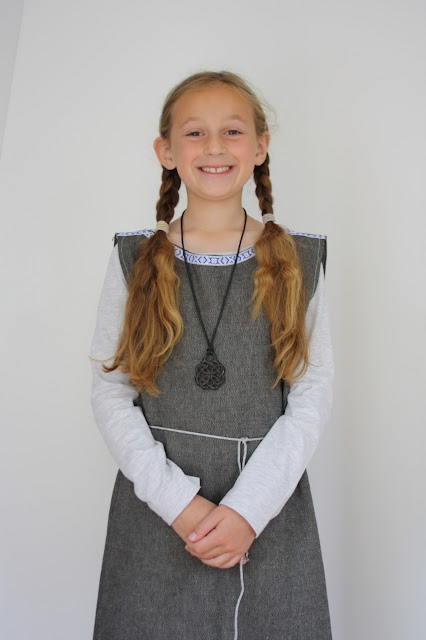 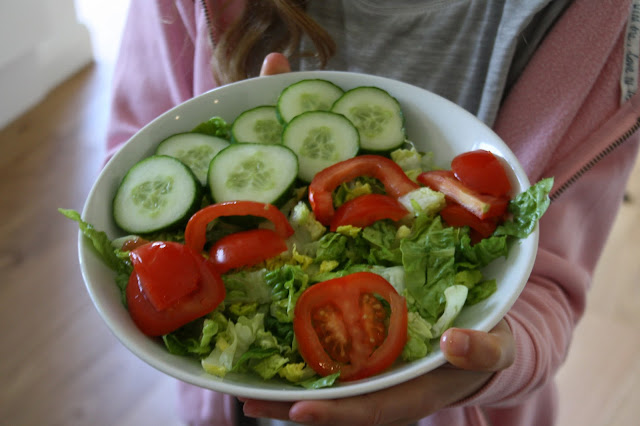 :: Our first dinner (chicken fajitas) in our new kitchen-dining room on Sunday night. One of those lovely harmonious family meals when no-one moans and everyone likes what they are eating, although Angus continues to refuse to eat peppers or the salad, and both he and Bella eye the guacamole with something resembling fear. 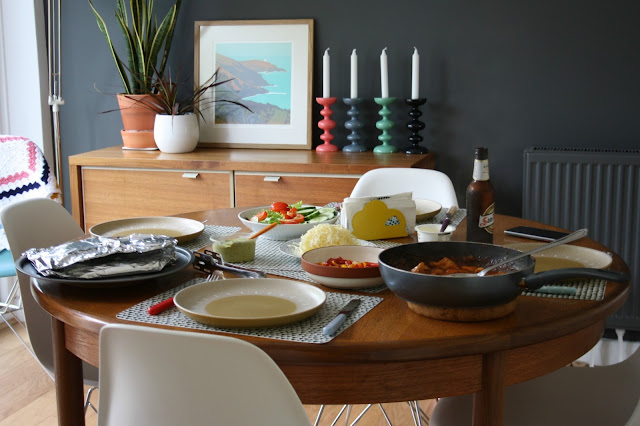 The world is a dark and scary place sometimes, is it not? The senseless killing of innocent people, political wranglings  - at home, in Europe and further afield - that leave me worried about the future, plus so much more. But let's remember that the world is mostly made up of nice people. Be kind. Take joy where you can find it and celebrate the things that make you happy, however small.
Posted by Gillian Roe at Thursday, June 16, 2016