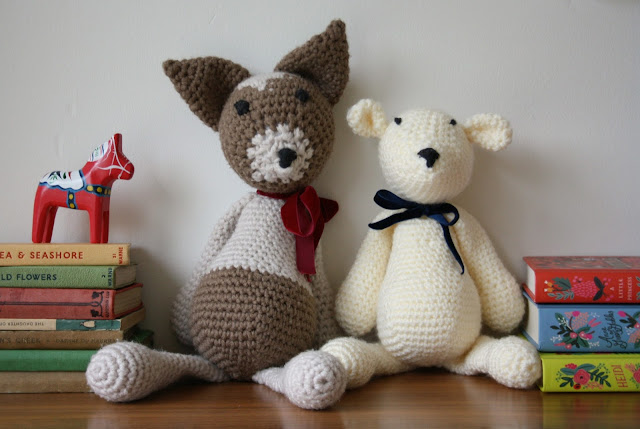 I like to make Bella and Angus a little something for Christmas. I tell myself it's for them but we all know it's for me as well. I will continue to do this for as long as they want toys, and after that I'll make them woolen scarves and hats to wear (and yes I realise they probably wont want to wear anything made by mum, but I'll do it anyway). Last year I made them a toy fox and doe and the year before I made Bella a rabbit and Angus a dog. All those gifts were sewn, either by hand or on a machine, and this time I wanted to try a crocheted toy and so I bought a copy of Edward's Menagerie

and let them look through it and choose an animal each. If you don't know the book, it's really charming - each animal has a name and a little back story, and they are full of personality. Also, many elements of the pattern are the same (arms, legs, body) with the changes being in the faces, ears and tails, which is where all the character is, so a lot of the work involved is quite straightforward. I'd really recommend it and am considering buying her second book, the bird version

, just so I can make myself a bright pink flamingo.

Bella chose the polar bear and I made this first as it came from the beginner level of the book and, this being my first attempt at amigurumi crochet, I wanted to start gently. The patterns are not difficult, but they do require patience and concentration, in particular for all the counting and the constant moving of stitch markers. 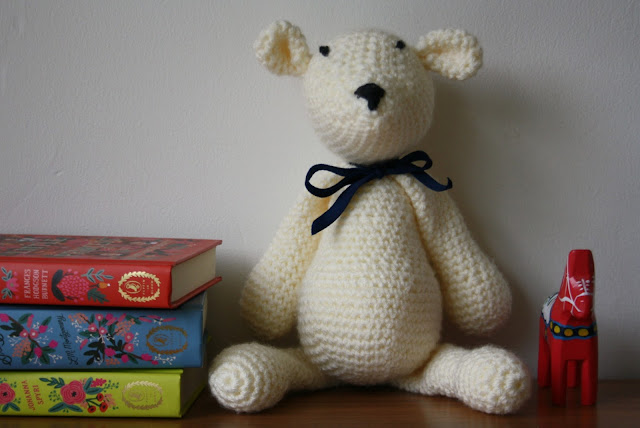 I used Stylecraft Chunky DK in cream, leftover from Bella's blanket and a 5 mm hook as you want quite a tight crochet fabric.

Stuffing it is easy, but sewing it together felt like an effort, trying to get everything straight, in particular the ears, eyes and nose. Any wonkiness adds to character, I'm sure you'll agree... 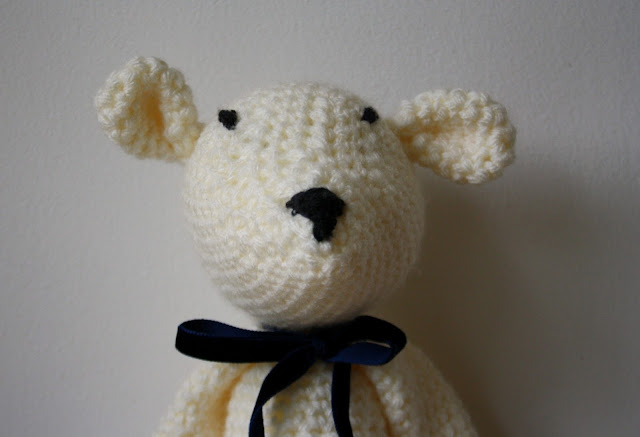 Angus chose a Jack Russell dog which came from the advanced chapter in the book but really, apart from working with two colours in the head section, the pattern is not that much harder than the polar bear. 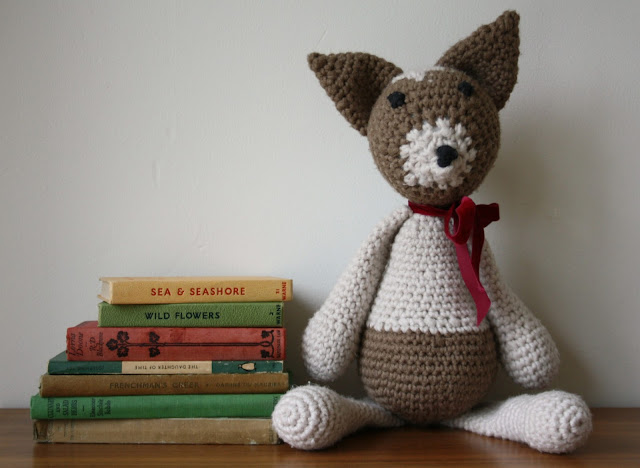 I didn't have any leftover yarn for this one so bought some Boshi yarn from Hobbycraft. Five balls at £4 a ball cancelled out any savings I made using leftover yarn for Bella's polar bear, but you can totally feel the difference in the quality (and wool content) of this yarn compared to the acrylic, so as always you get what you pay for. 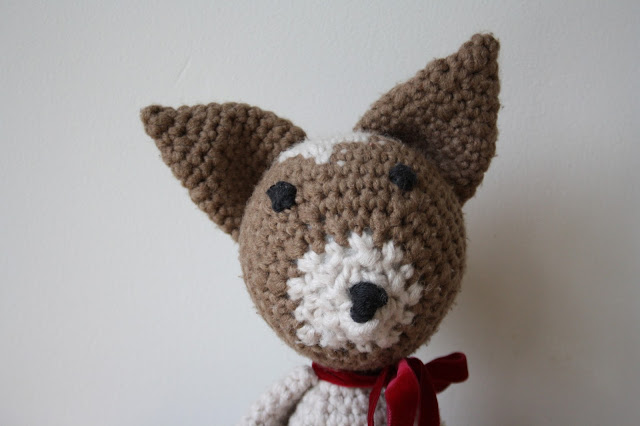 I think my favourite thing about this dog is his little pointed tail. 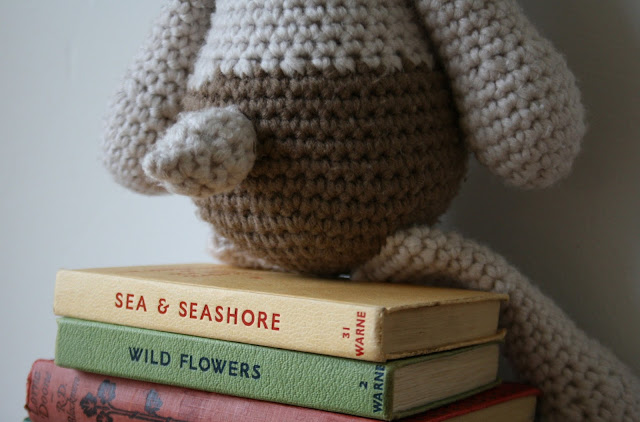 But, although fiddly, they are lovely crochet projects. Not that I'm in a desperate hurry to make another one for some time now, I think blankets and mittens are more what I want to crochet at the moment. 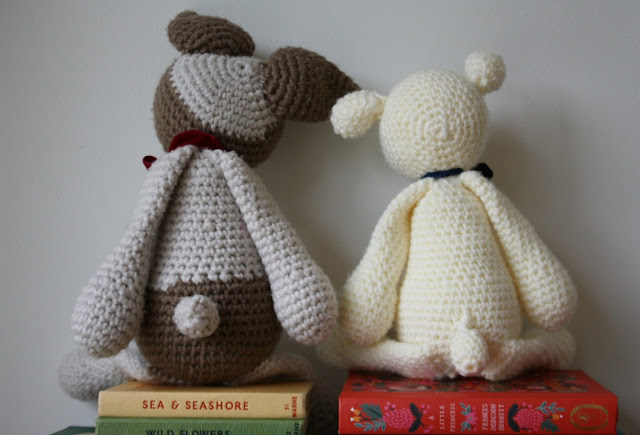 Angus named his dog Alfie as my in-laws have a Jack Russell with that name and I think he thinks all Jack Russells must be called Alfie.

Bella named her polar bear Polly. I think she does look a bit like a Polly actually. 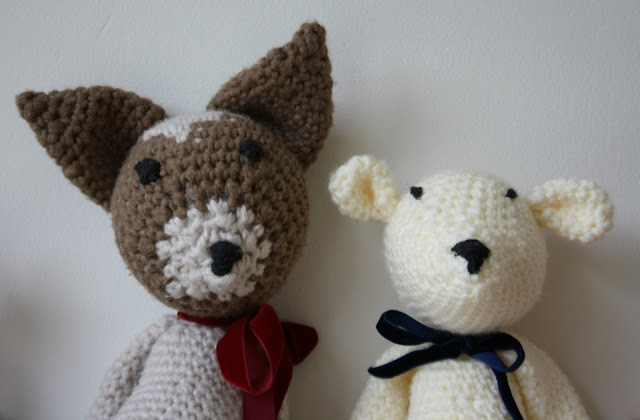 I'm joining in with my friend Jennifer's Winter Project Link Party over at her lovely blog Thistlebear.