A Year of Making

It's Friday. We made it through the first week back at school and work intact. Well done us! Thank you all for your lovely comments on Polly and Alfie, you are very kind. Alfie is getting a little bobbly due to over-cuddling and I fear I may have to sew an arm back on soon as he is dragged everywhere by his paw, but otherwise they're intact.

Now I know New Year feels like an age ago already, but I wanted to do one of those posts where I gather together everything I made over a year and look at it. It interests me to see the changes in the kinds of things I want to make, my use of colour, the way crafting is less something the children and I do together, and more something I do for myself. A lot of my makes last year were for the home which is no surprise really, when you think that we moved house last year. Making is my way of putting my stamp on something. Also, there was a lot of crochet last year. I think that's partly down to my increased confidence with tackling harder patterns and wanting to push myself to try new things, but also because - now that my crafting time is largely limited to the evenings - it's much easier to crochet than hand-sew in electric light when you are tired. Likewise, projects that involve paintbrush or sewing machine are less appealing now that I'm at work, when I just want to sit on the sofa and pick up yarn and hook when I have any free time. 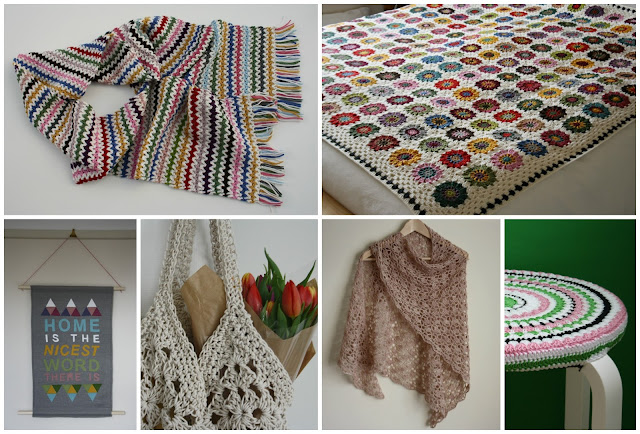 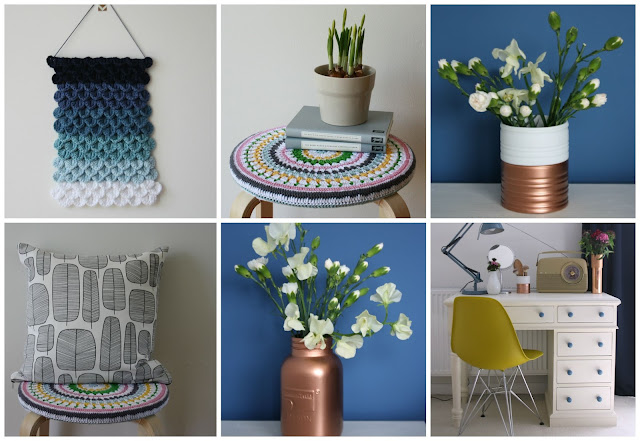 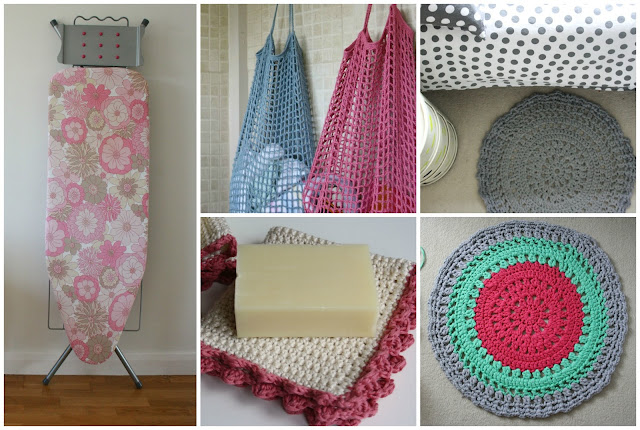 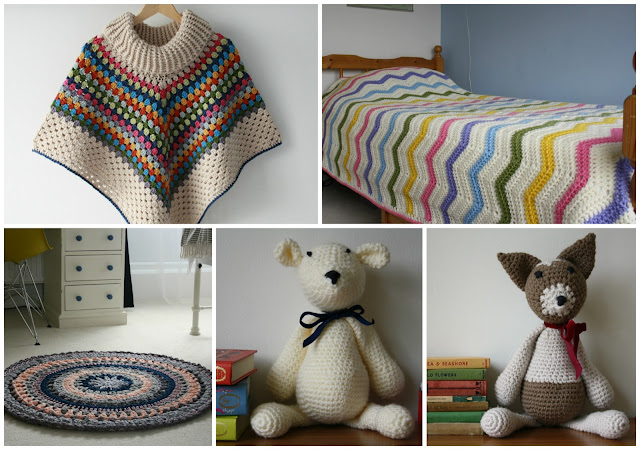 A Polar Bear and Dog
Tin Can Tealight Holders

Creatively, I'm not sure what 2016 holds yet. I have two blankets and one embroidery to finish, but when has an ongoing project ever stopped anyone from starting a new one? I'd like to make a blanket for Angus's bed. I'd like to cross stitch and embroider more. I'd like to paint more furniture and continue to work on the house. I keep saying I want to start an English Paper Piecing hexies quilt, and I have a huge stash of yarn scraps just sitting there...I just need to start it, and stop talking about starting it.

But making things with my hands continues to make me ridiculously happy and I can't imagine a time in my life when I wont be sewing, crocheting or painting something. It calms me when I am anxious and soothes me when I am irritable or tired. But I also love the fizz of excitement at the start of a new project, and that exhilarating feeling of pulling off something I didn't know I could do, of learning to do something well. And the feeling of triumph and satisfaction at the end of a long project when you think, yes, it was all worth it, I'm glad I worked so hard on that. It's good for me.

If you're interested, you can look back on previous crafty round-ups below.

Email ThisBlogThis!Share to TwitterShare to FacebookShare to Pinterest
Labels: 2015, A Year Of Makes