Living For The Weekend.

Friday night, after work, while waiting for the food shopping to be delivered, I stopped for what was probably the first time all week. Oh, hello house, nice to see you! I was so tired, just going through the motions of a Friday night that I'd been so looking forward to after a week of working full time. I fell asleep on the sofa and was in bed by nine. I knew I was coming down with something; it's come now and hopefully is on it's way out. Pesky children and their pesky germs.

The light falls in different places in the house now that we are further into autumn and I am enjoying watching these changes in the house and garden. 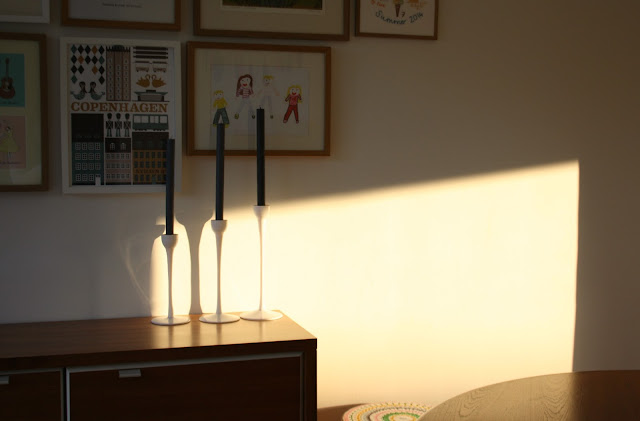 I had so much that I wanted to do this weekend; a bit of gentle cooking, a trip to the beach, see the sea. Stop and think. Read my library books. 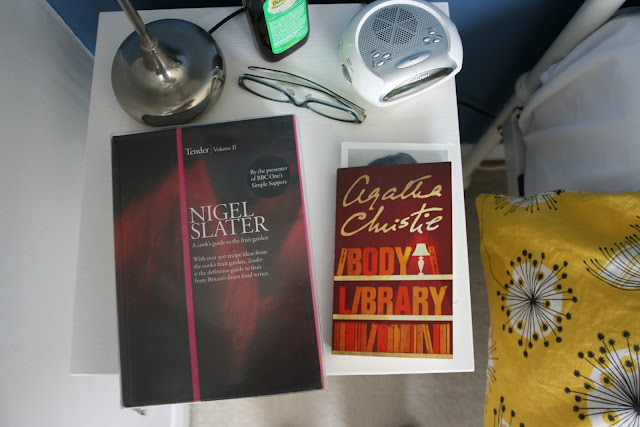 I managed to do most of those and a few tasks that I didn't want to do, like iron school uniform and supervise homework. 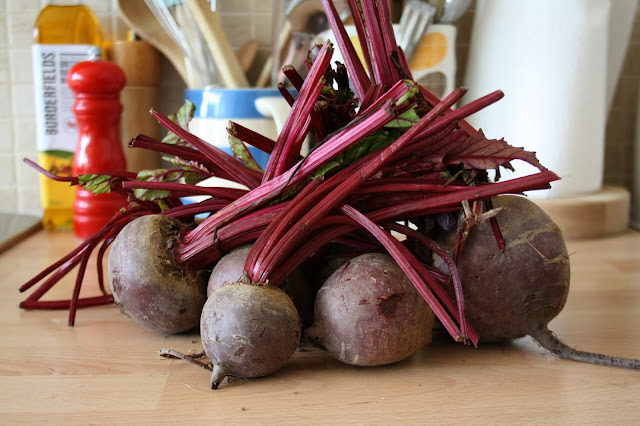 I cooked and cooked, making another batch of Christmas Chutney and two kinds of soup. One of the things I miss most about being at home full time is pottering around in my kitchen. I still cook in it plenty (and is there a more joyless kind of cooking than getting the dinner on the table every night?) but I mean cooking when there is no meal planned; baking, making soups or chutneys or jams. That's the kind of cooking I miss. 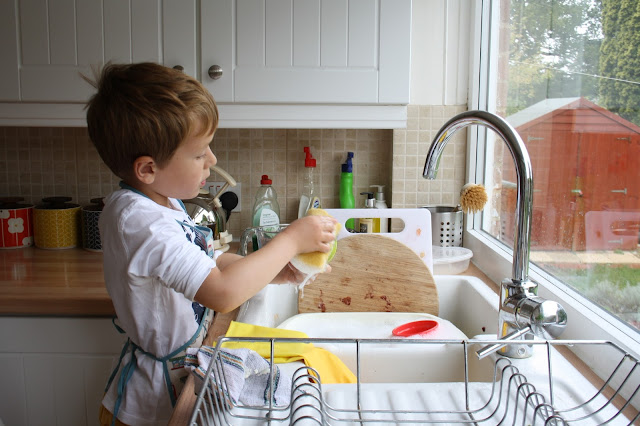 I also miss hanging out with Angus in the kitchen, in those pre-school days of homemaking and childcare. 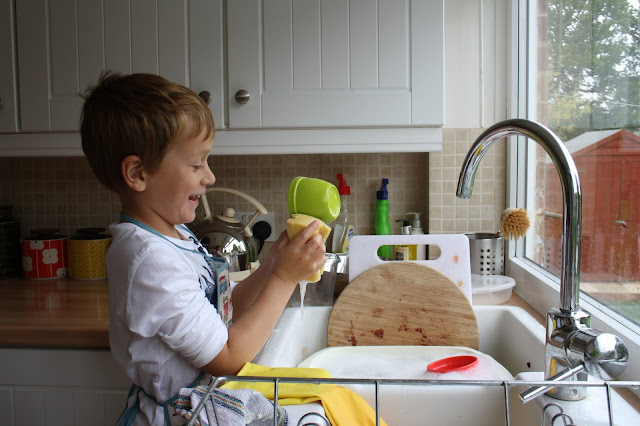 But he loves to help out in the kitchen, stirring a pot or washing up, and he's a lot more fun now than he was when he was three, to be honest. He's much more interested in cooking than Bella, who only appears when the icing bowl needs licking. 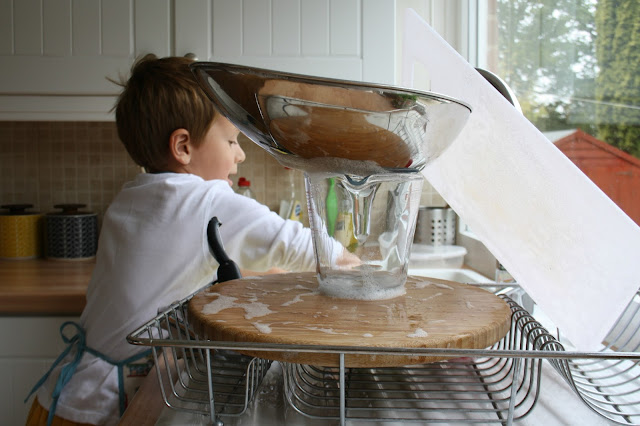 Anyway, I made Beetroot and Horseradish soup.* 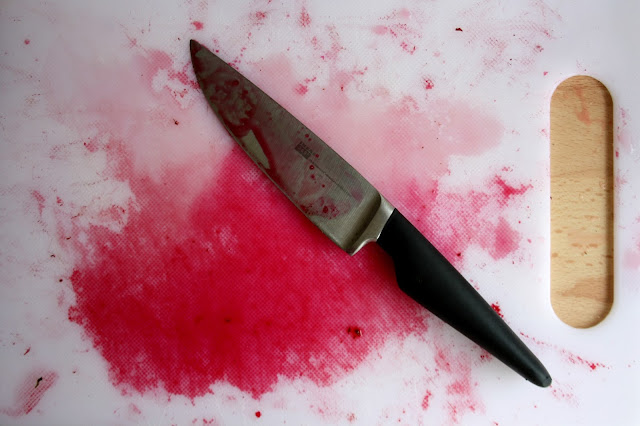 The colours are just sensational, so incredibly vivid. And it's very tasty too. The earthy sweetness of beetroot needs the heat of the horseradish and tang of the sour cream and chives. 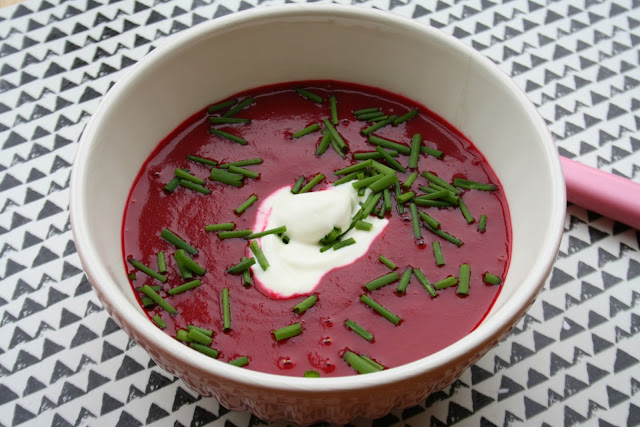 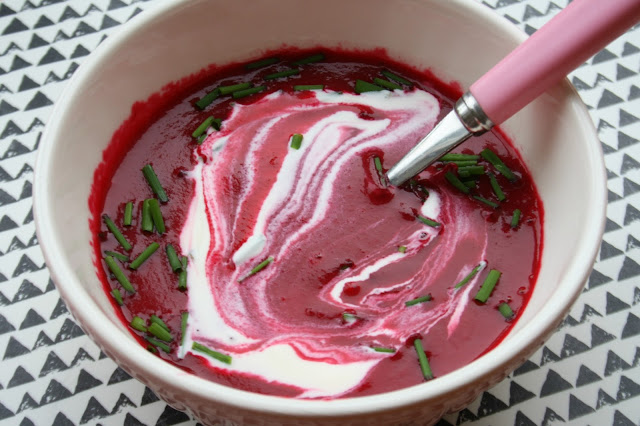 I also made Thai spiced butternut squash soup. I was convinced I had a recipe for this somewhere written down and searched through my scrap book, then remembered it was here, on this blog. Handy! 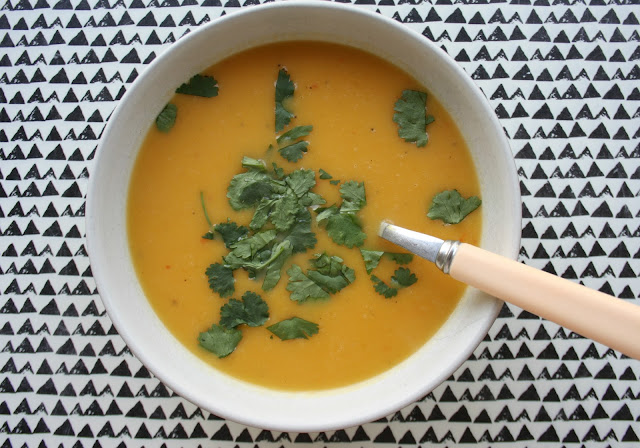 Why all the soup making, you might be wondering. I am batch cooking for when we have house guests over half term, trying to save myself a job later on. 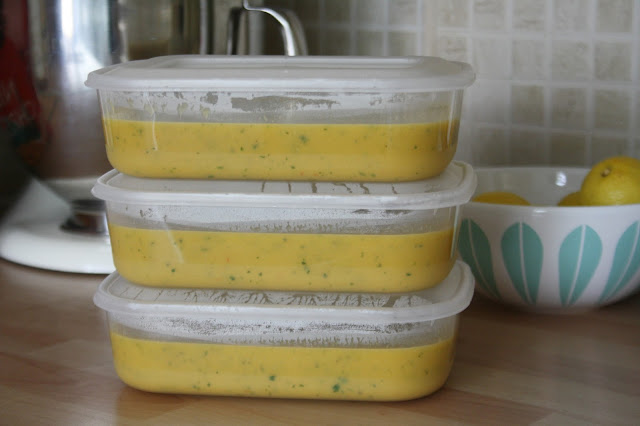 And there was homemade pizza on Saturday night. Oh, we miss our takeaway pizza place in Leeds so much! Here's it's Dominoes (expensive and arrives cold) or the ones from the supermarket which always taste of cardboard. So we made our own, tomato and goats cheese, and it was good. 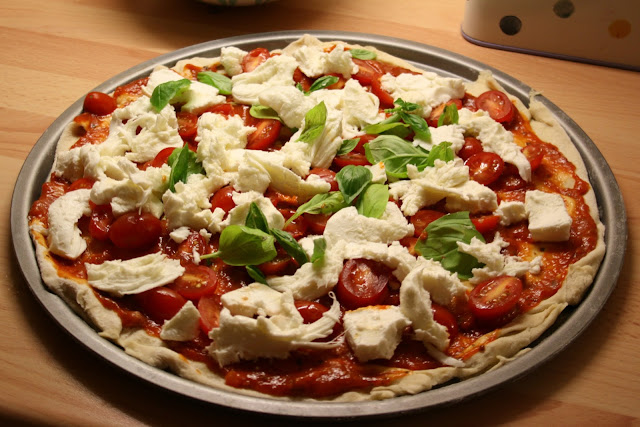 When I'm not crocheting blankets, I've been working on my poncho. Oh, I just love this so much! It's a dream to crochet and I really like the colours. 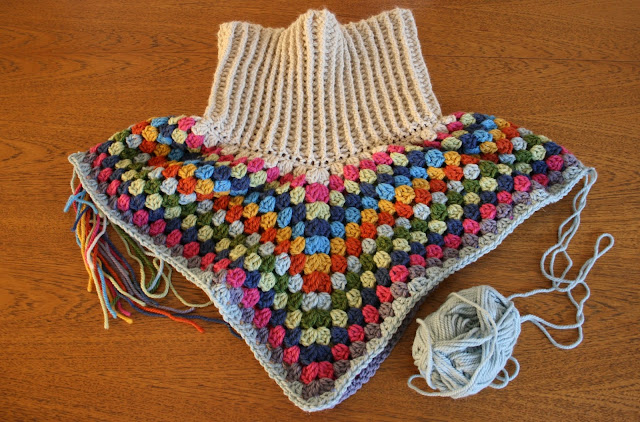 We did make it to the beach - very briefly - but it was enough. It was my first visit since August and I was missing the sea. I gave the sea air a good sniff and looked out at the horizon for a little while and felt my equilibrium was restored a little. 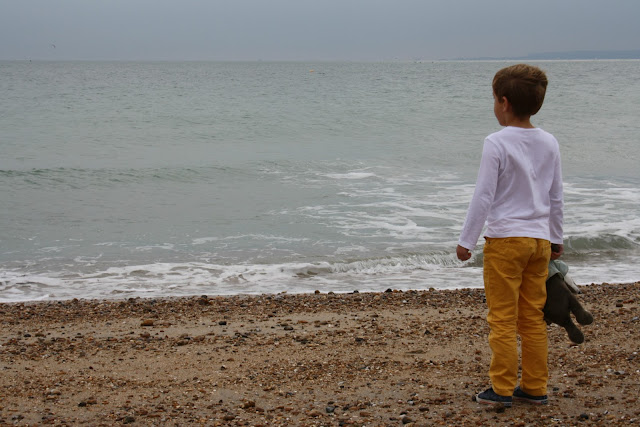 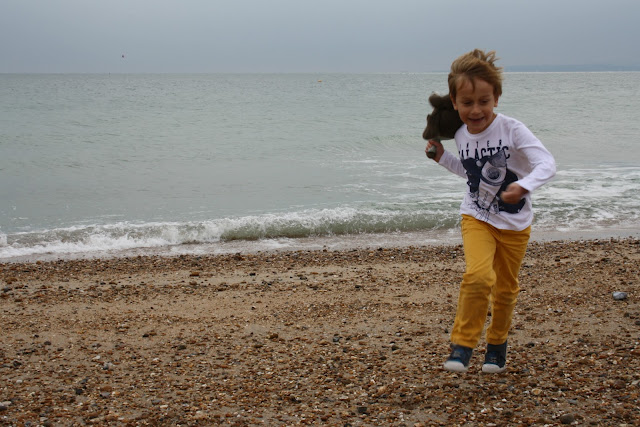 Angus also learnt to ride his bike without stabilisers this weekend, a precious milestone for him, and cue much emotional shrieking and videoing on my phone from me. I've spent a lot of time with him this weekend while Bella was on a playdate and he's such good company. Such a cheerful, chatty personality, full of questions about absolutely everything.

Well, there ends another weekend. I'm finding working full time a real struggle to be honest, but it's only for a couple more weeks and then it's half term. And after that, things will go back to normal. So it's head down till the holidays.