Print and Pattern on a Bank Holiday Monday 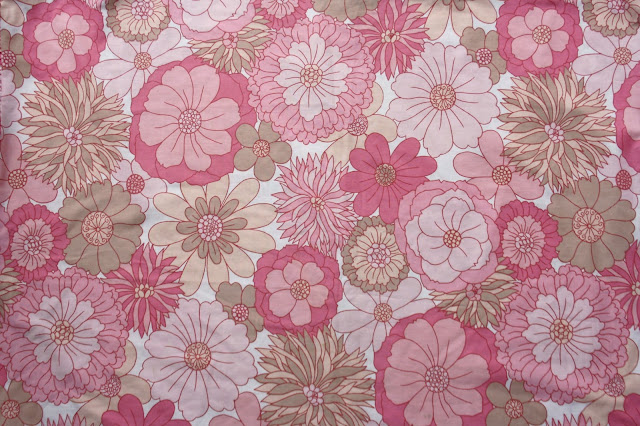 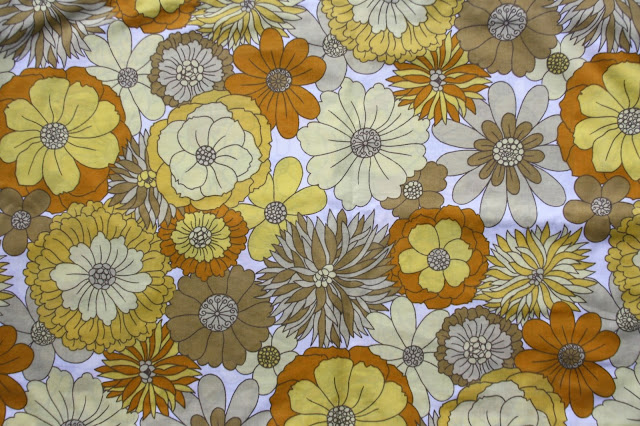 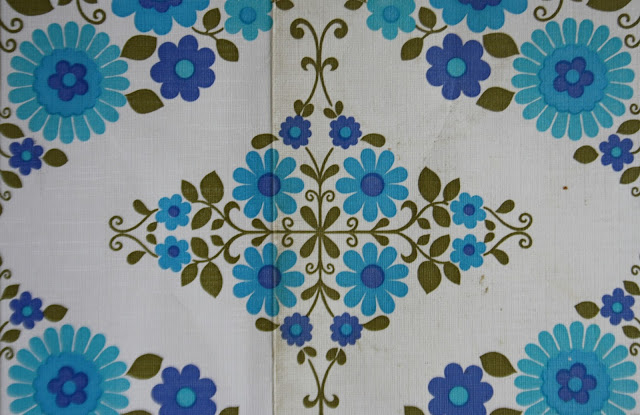 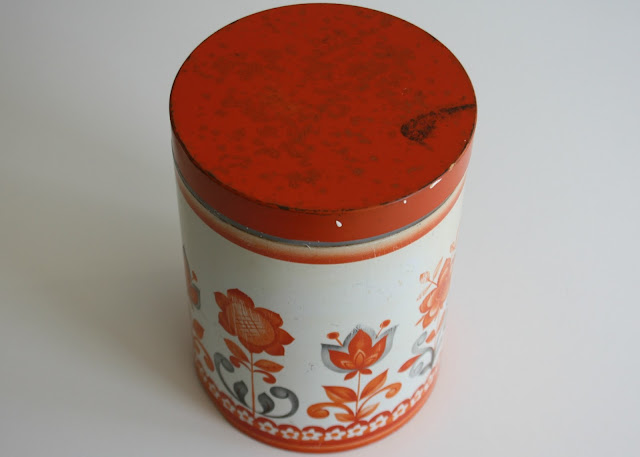 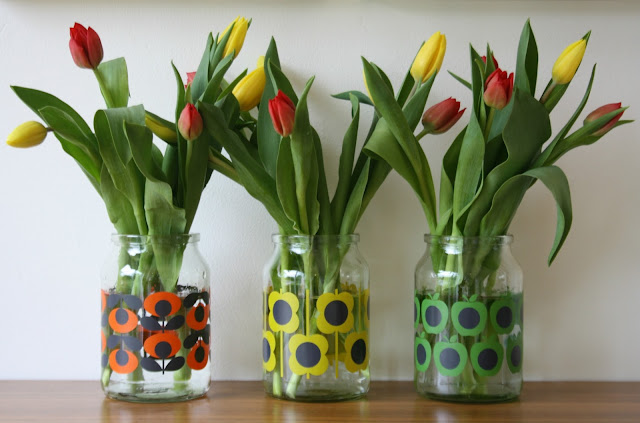 Hello! Did you have a good bank holiday weekend? Mine was spent solo parenting while John worked and, what with the fact that it was just me and the kids (who are not in any way demanding, on no), and that sun which refused to stay out and shine, and I had that cold which lingered and is finally shifting...considering all that, I would say it was not a bad weekend at all, actually. At times, I even did some Good Parenting. We went to the beach. We baked. I took them to places where they could practice riding their bikes. I tried to do washing and housework and some DIY and told them to put down the iPad every now and then and only raised my voice a few times. And when John came home tonight I did a happy dance as he's off for the next week and we have all sorts of lovely things planned.

It all seems to have gone very retro round here. I'm not quite sure when exactly that happened, but suddenly I find myself drawn to these brightly coloured repeating floral patterns in the things I am making and buying. It could be because summer's coming, or a natural shift in my taste, or perhaps our new home is having some kind of affect on me. Our house was built in 1968 and, while I don't know how it was decorated when it was first built, I envisage lots of pattern and strong oranges, blues and yellows. Suddenly it feels like future projects and new additions to the house have an older feel about them.

I first saw this cotton valance being cruelly mistreated by our gas man and used as a dust sheet. I told him of it's value (he thought that was hilarious) and he said I could have it. I already have a duvet set in this colourway but it's very faded, and the colours here are so much brighter. 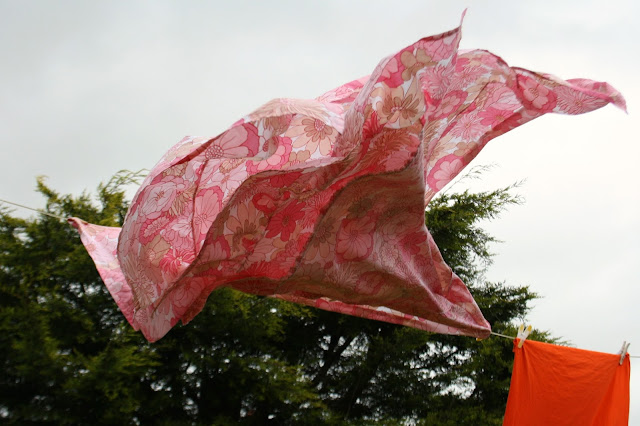 With this pink linen, I am planning to make reversible cushions. I'm even learning how to insert zips! 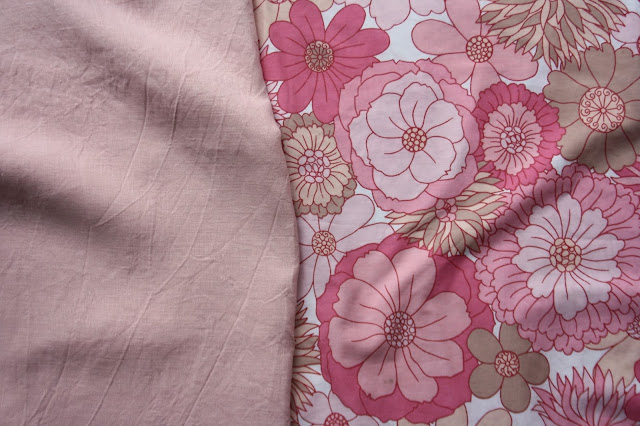 Ditto these yellow pillowcases bought in a charity shop in Northumberland, teamed with beige linen. 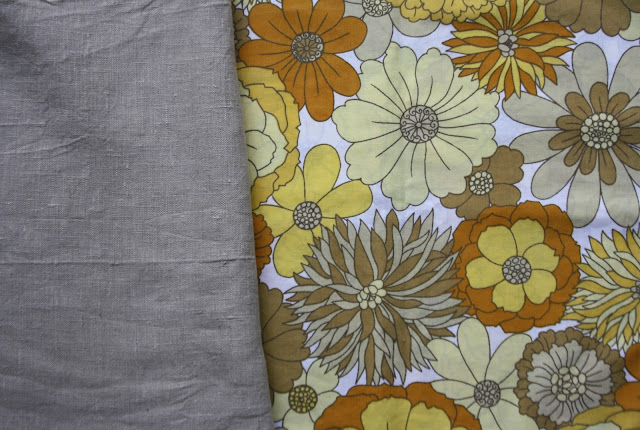 I pulled these two rolls of vinyl wallpaper out of a skip at our local tip, or Household Waste Recycling Centre as they're now known. They were folded flat and, apart from being a little dusty were in incredibly good conditon and cleaned up really well. I couldn't leave them there, could I? 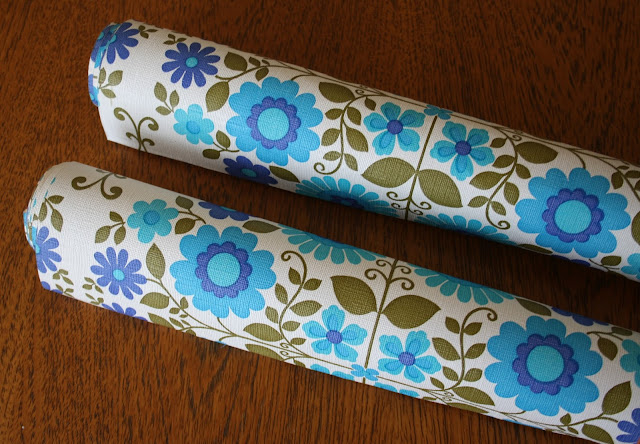 Also rescued was this orange tin, in which my Dad had been storing plumbing bits in his garage. It used to be a biscuit tin I think. It's seen better days but my heart is lifted by that cheerful colour and perky pattern. It's not water tight so I think it will eventually make a great little planter for the garden. 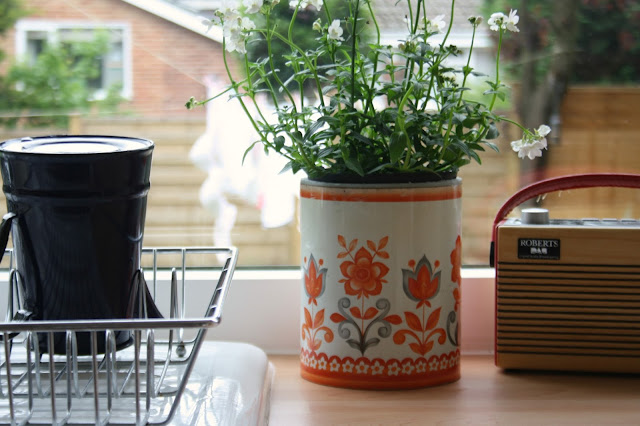 And after some persistent stalking of my local supermarkets, I have all found three of the limited edition Orla Kiely for Douwe Egberts coffee jars, and I have lot of instant coffee too. I really, really like these, especially the simplicity of the design and the way it's etched onto the glass. Very effective and pleasing to my eyes. 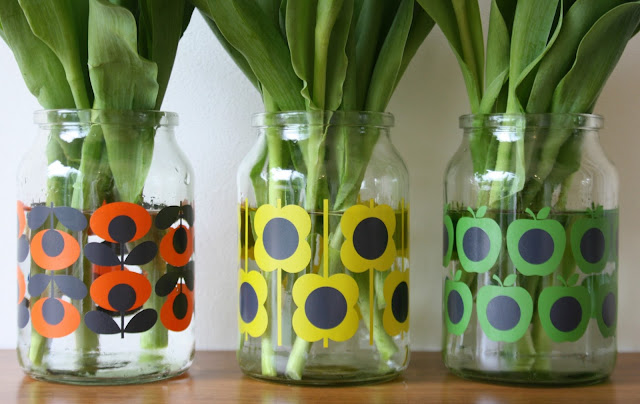 I have noticed that many of the above items have provoked comments along the lines of "Why do you want that, it's hideous!" or a raised eyebrow at least. People have strong opinions about homeware from the sixties and seventies and it's not always positive. Perhaps it's still seen as dated and old fashioned, as something to be banished in exchange for something clean and crisp and new. The bold colours are often a bit much for some. Plus there's such a strong nostaliga element; people often fondly remember curtains or bedding sets in a certain style and associate them with their childhood. I love the colours, I love the patterns, and for me there is a comforting familiarity in the homewares from this era. But for me, I think it's the excitement of finding some treasure amidst the junk and grabbing a bargain. If I see something I like the look of in a skip for free, or at a car boot sale for £1, I'm going to grab it and have fun thinking about what I can do with it.
Posted by Gillian Roe at Monday, May 25, 2015