Aghhh! It's all got a bit much; too much to do, too much to think about. Lists. I have a lot of lists, with headings and sub-headings, highlighted sections. If I lose a list all hell will break loose. You see, the thing is, alongside all the usual Christmas mayhem, we are moving house. Before Christmas, too, which is sooner than we'd expected. If not before Christmas then straight after, probably at a date selected to maximise stress and bad timing. This is one of those things that has been rumbling along quietly in the background of our lives throughout this autumn, and I haven't wanted to say anything until we had definite facts and dates, and now suddenly it's all upon us. We are relocating to the south coast to be nearer my family, among other things. It's a big move, a scary and exhilarating one, but also feels like very much the right thing to do for us as a family. I am a whirlwind of emotions right now. So, as well as trying to remember that it was non school uniform day for Bella today, and Angus had a school trip (which I went on too - I'm shatterred), and they both had to take in something for the Christmas fair, and then they had the dentist at ten past four, and to have all John's family's Christmas presents wrapped and ready by this weekend when we see them, and a million and one other things, I am ringing removal companies and solicitors, ringing schools, sorting out the garage, ordering boxes. Oh, and I said I'd make Bella and Angus a fox and doe from here and I haven't even started them yet.

I nearly didn't bother writing my happies this week as I thought, honestly, I've got nothing to say. I'm not unhappy, no, but I'm certainly distracted. But in among the craziness there are moments of calm and peace, happiness even, and they keep me sane.

1. Wrapping Christmas presents when the kids were in bed while watching my The Box of Delights DVD. It's a tradition of mine to watch this every year. I loved it as a child, and love it even more now. In an effort to have one less box to pack, I decided to use only paper, tags and ribbon I already had in the house. 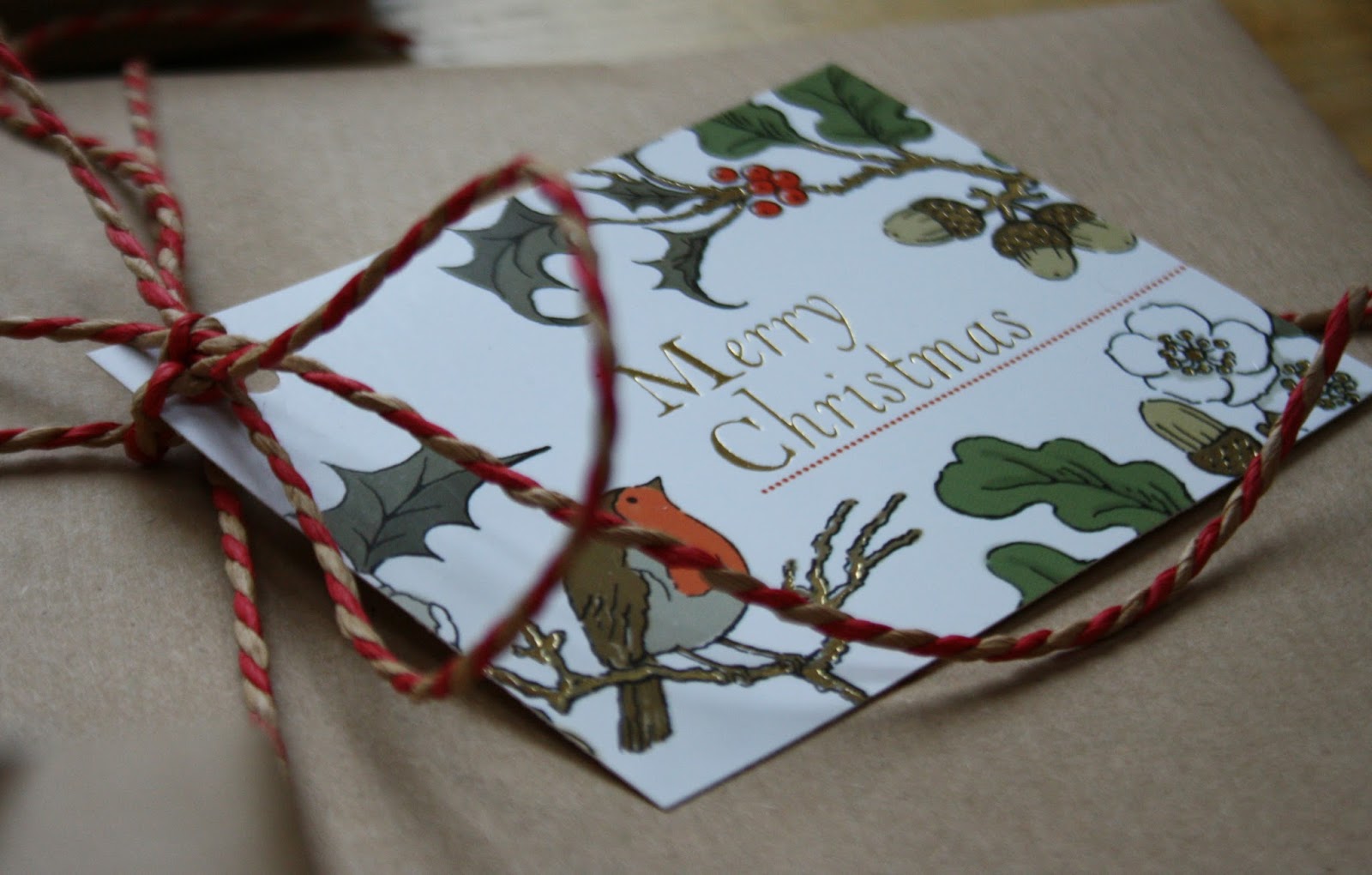 So it's brown parcel paper, any ribbon scraps I could find, and gift tags made from last year's Christmas cards. 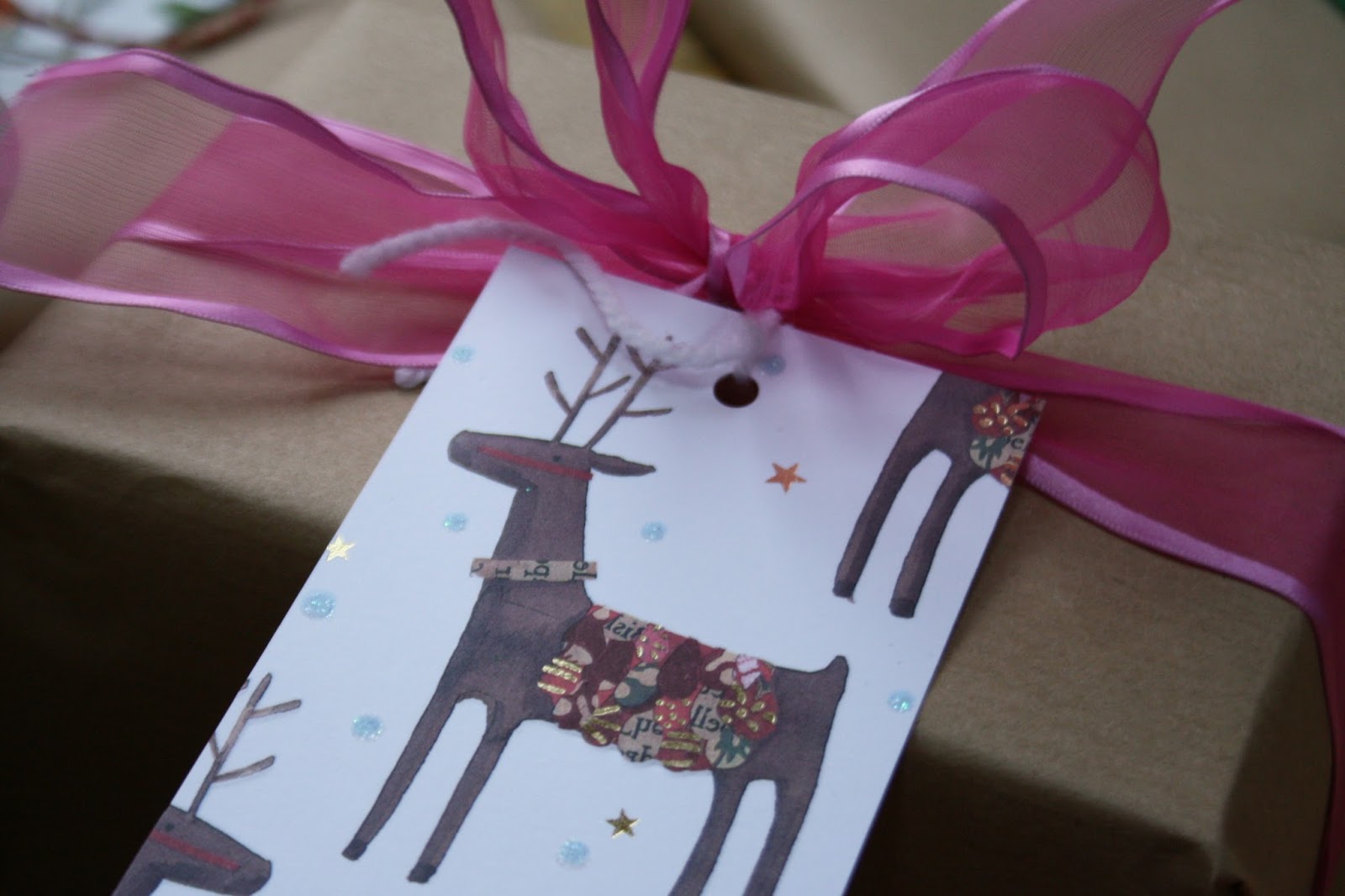 It's what's inside that counts, anyway. 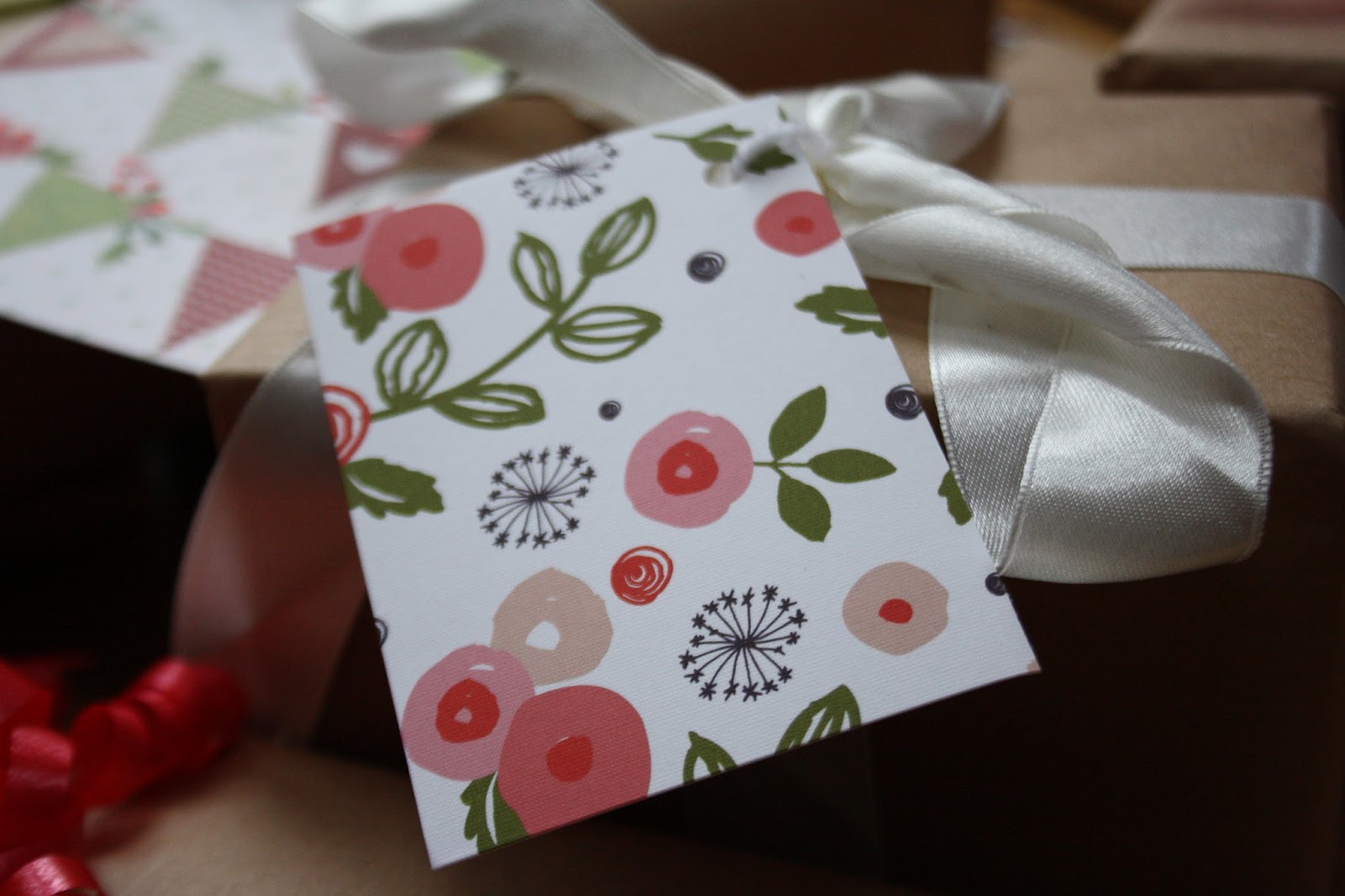 2. Mince pies. I love them and would happily eat them year round if it was socially acceptable, and I always do a little happy dance when it's ok to buy them. I don't think there will be time to make any this year so I'm embracing the supermarket ones. 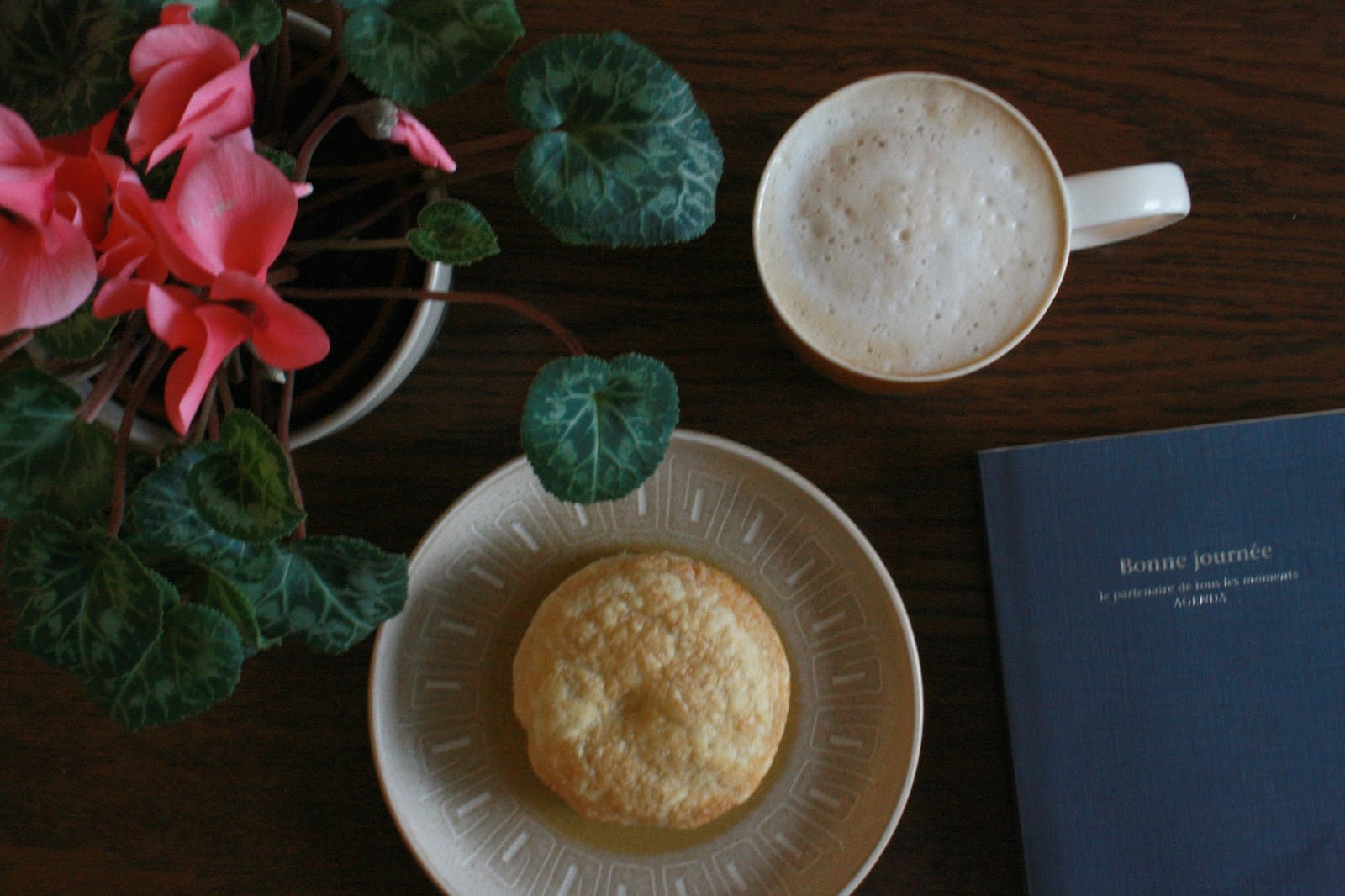 3. Soups and stews that simmer away on the hob, making the late afternoons less dark and dreary. 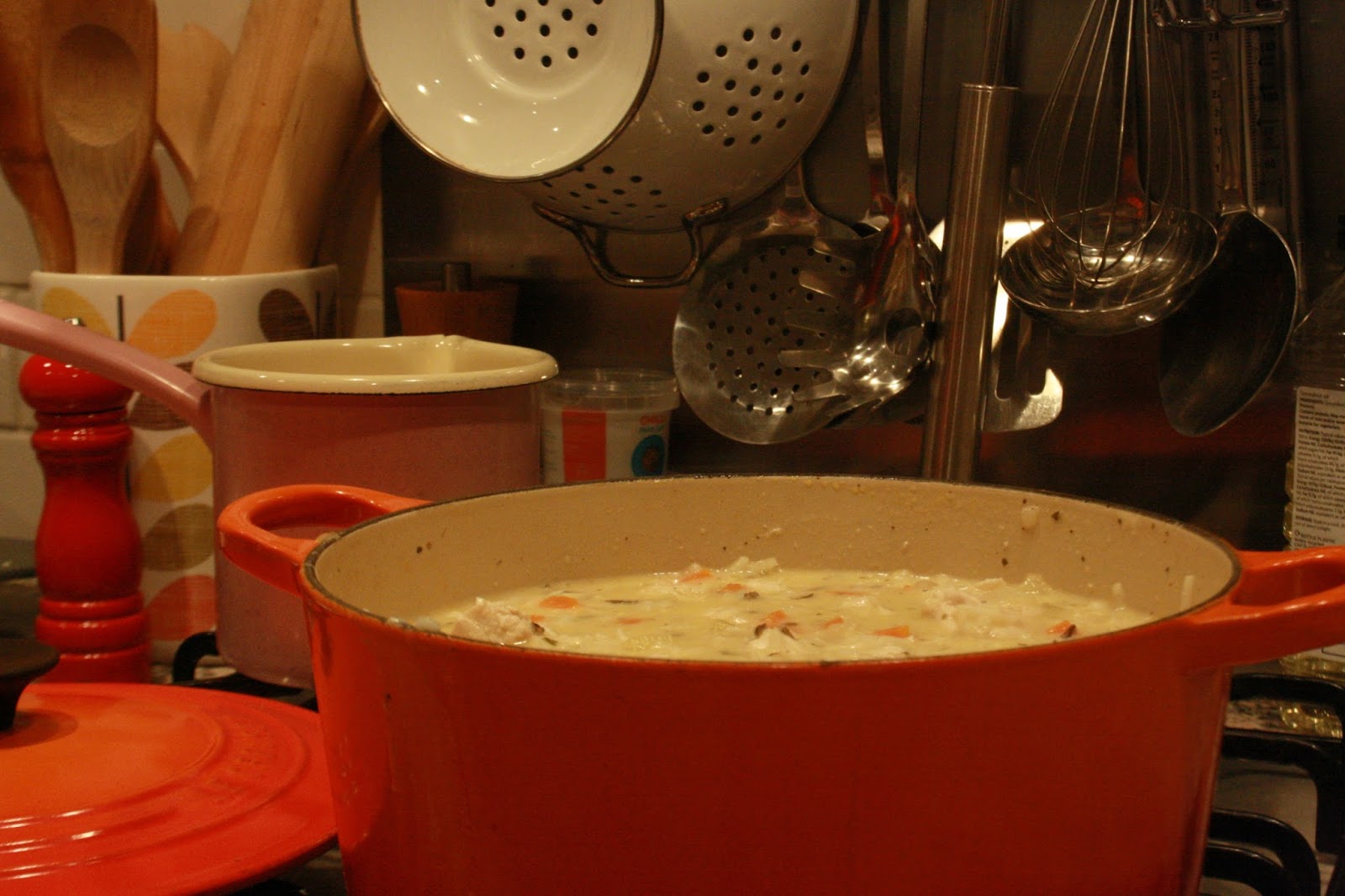 4. Watching the children's faces while they watched their Portable North Pole videos. If you don't know of it, you upload a photo and some facts (name, age etc) and a free, personalised message from Santa (or Father Christmas as I insist that he's known in this house - I realise I'm fighting a losing battle on that front) is sent to your inbox. Best of all, I think Bella is still a believer! I've never been one for queueing up in a shopping centre of theme park to "meet Santa" but this is a little bit of seasonal magic that I'm more than happy to indulge in.

5. Being able to call some homemade gifts "finished". 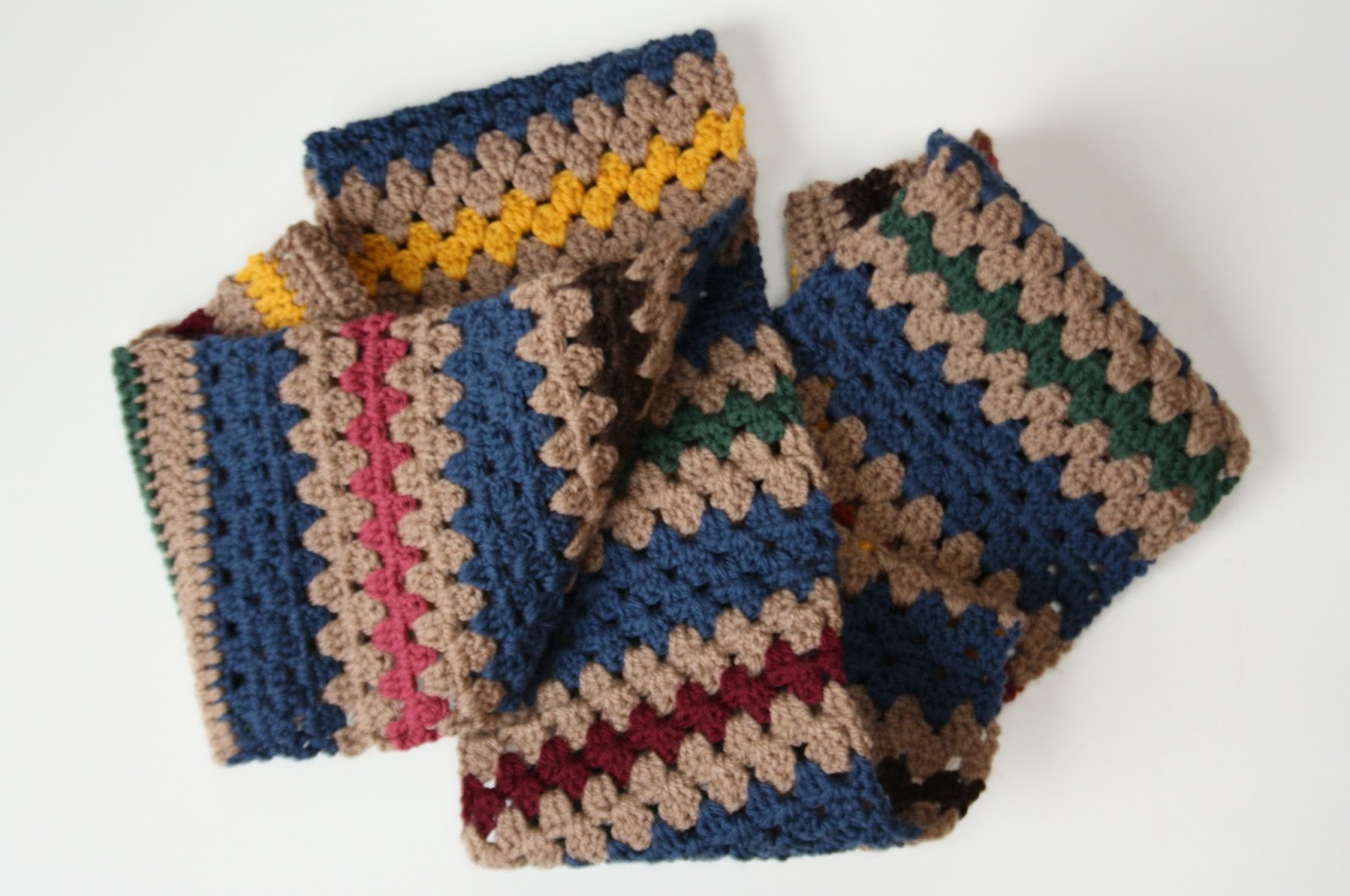 A scarf for a man, in blokey colours, which by coincidence were all the colours left over from my blanket. This was my first time trying a granny stripe pattern too and I really enjoyed it. It's a satisfying pattern to hook up, and creates lovely tidy edges. 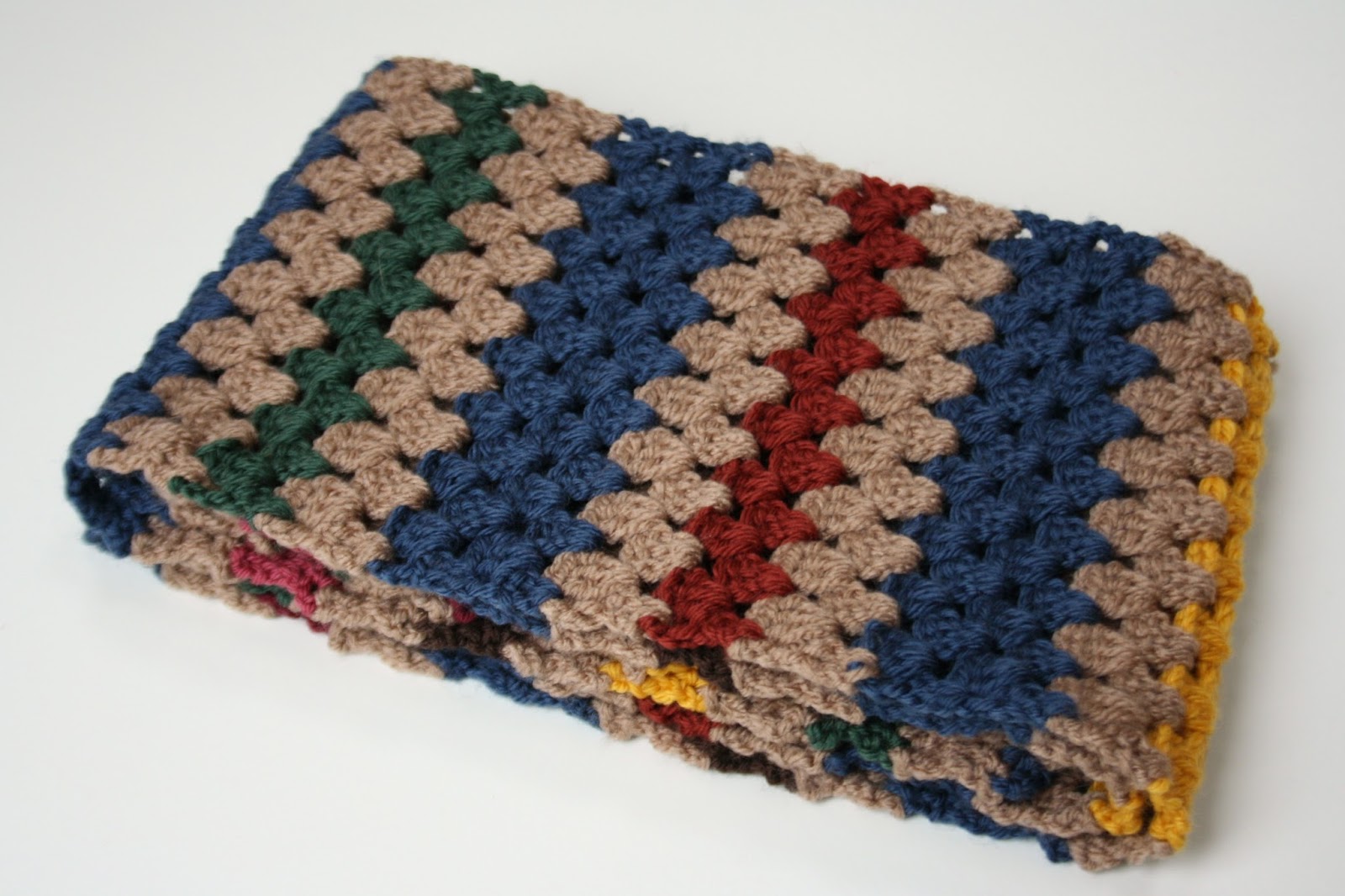 7. Last of all, Angus has taken to wearing his swimming goggles in the bath and shower. Of course, it goes without saying that they've never seen chlorinated water, but it makes me belly laugh every time. He looks ridiculous. I'll spare you a photo of that.

This weekend will be bonkers. I am going out with some other mums from school tonight, we have swimming lessons then a day with grandparents tomorrow, the school fair on Sunday. Oh, yes, and packing!  I hope your weekend is full of festive joys and that you're not yet overwhelmed by the December rush.