There were strawberries from the field (and the supermarket). 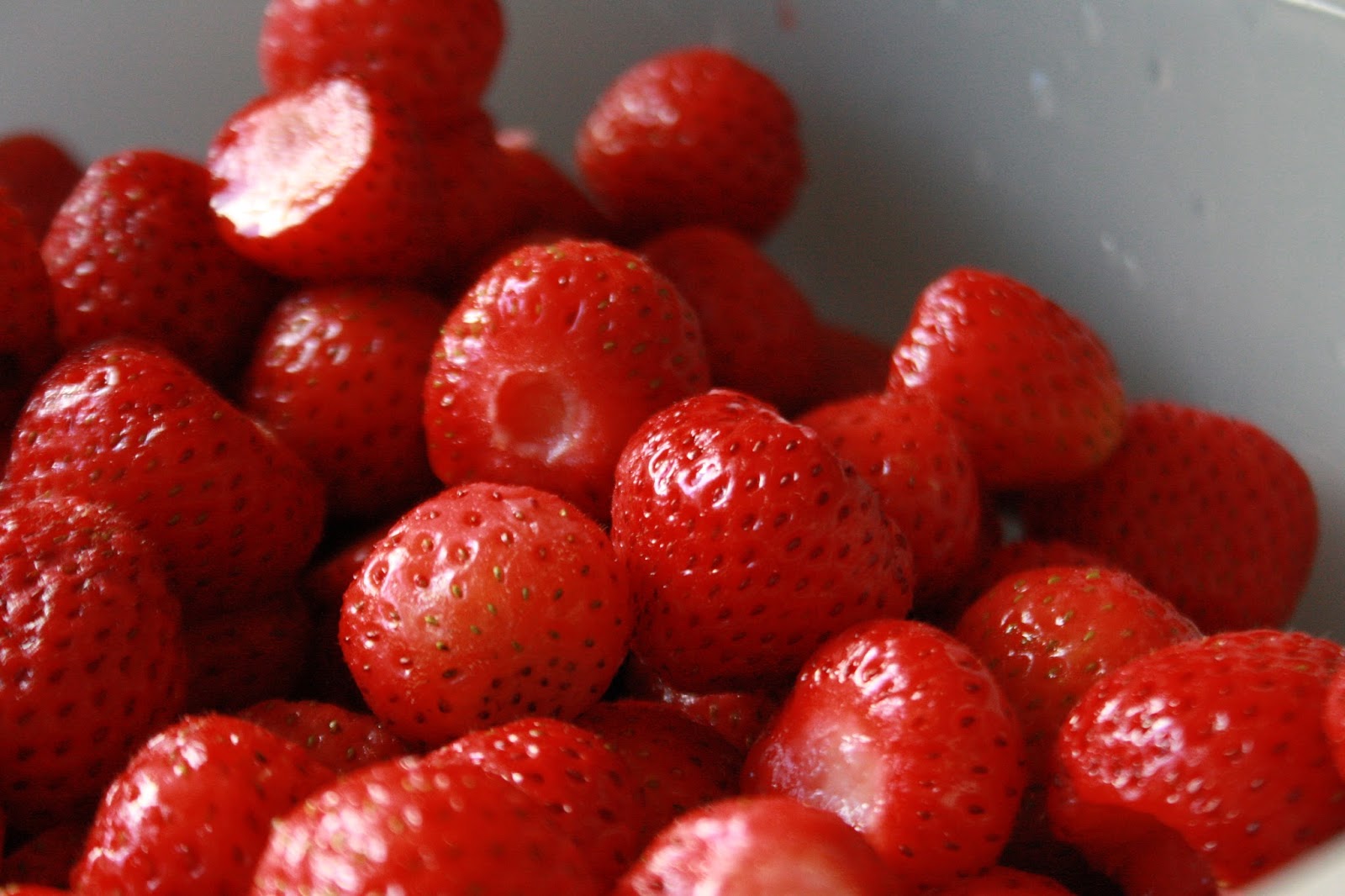 And there was rhubarb from the garden. 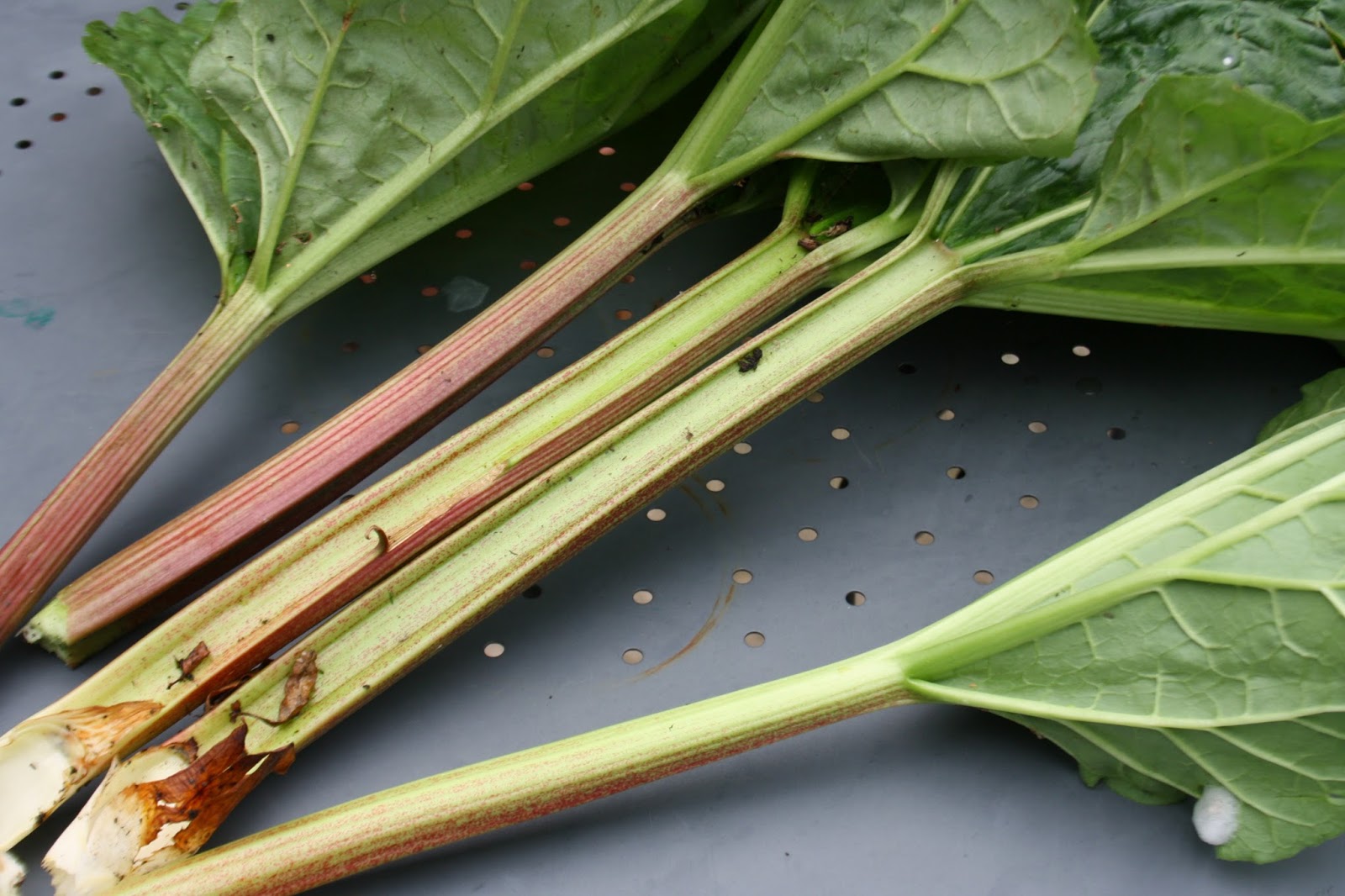 And so there was strawberry and rhubarb jam. 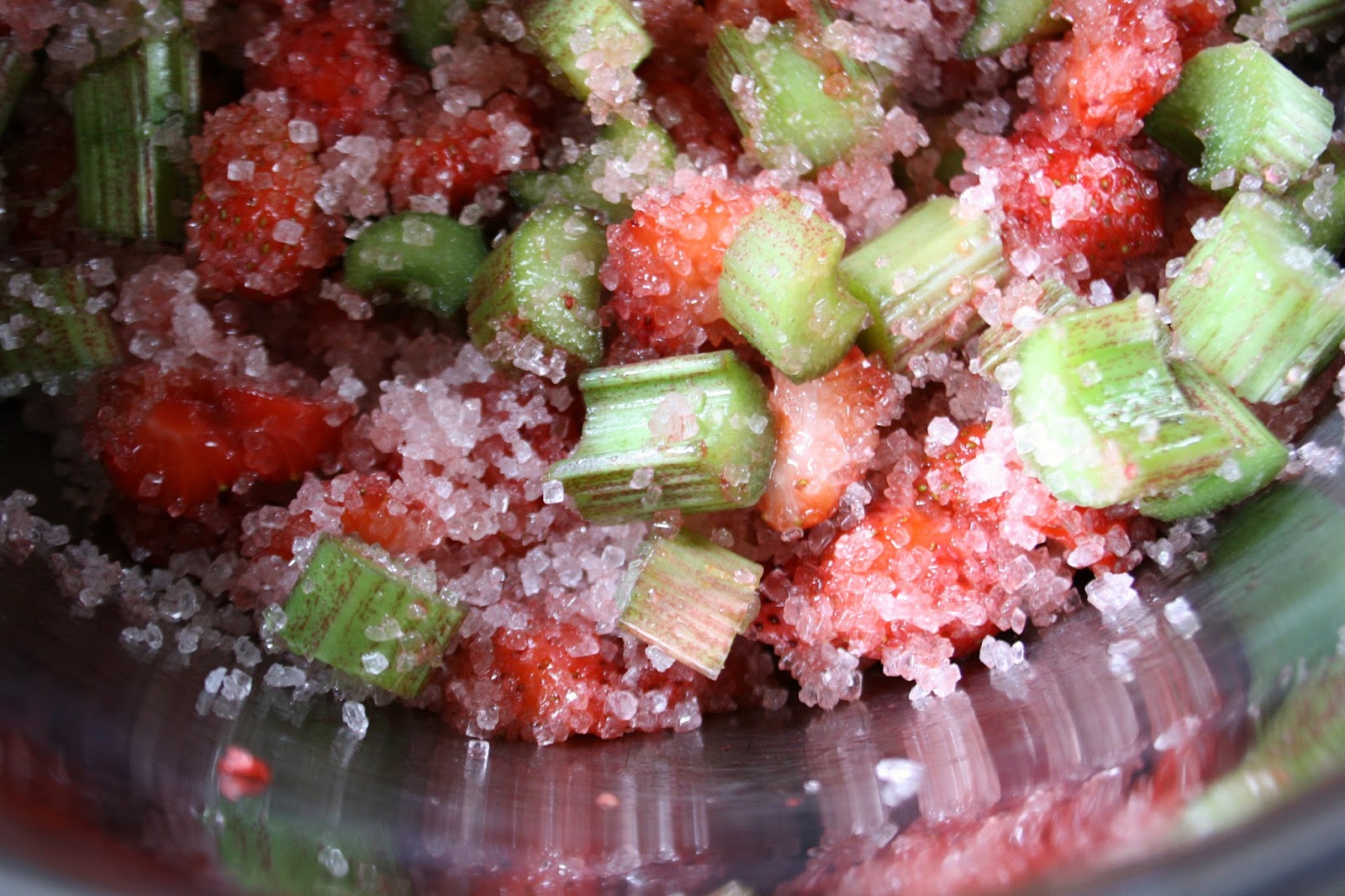 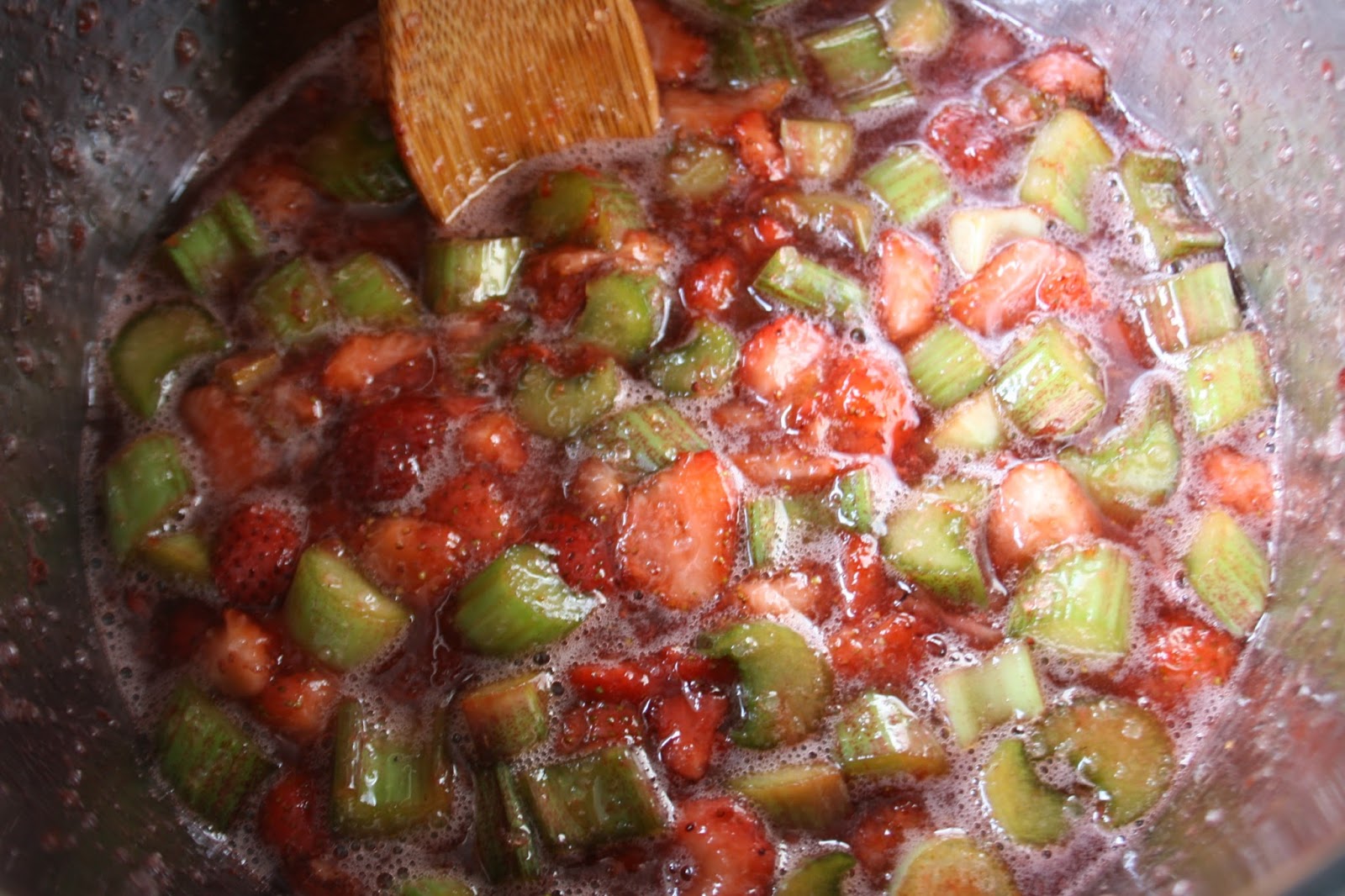 In the rare event that I grow anything edible, it cannot be lost in a mere crumble or pie. It must be jammed, bottled or canned, so that I can gloat for as long as possible. 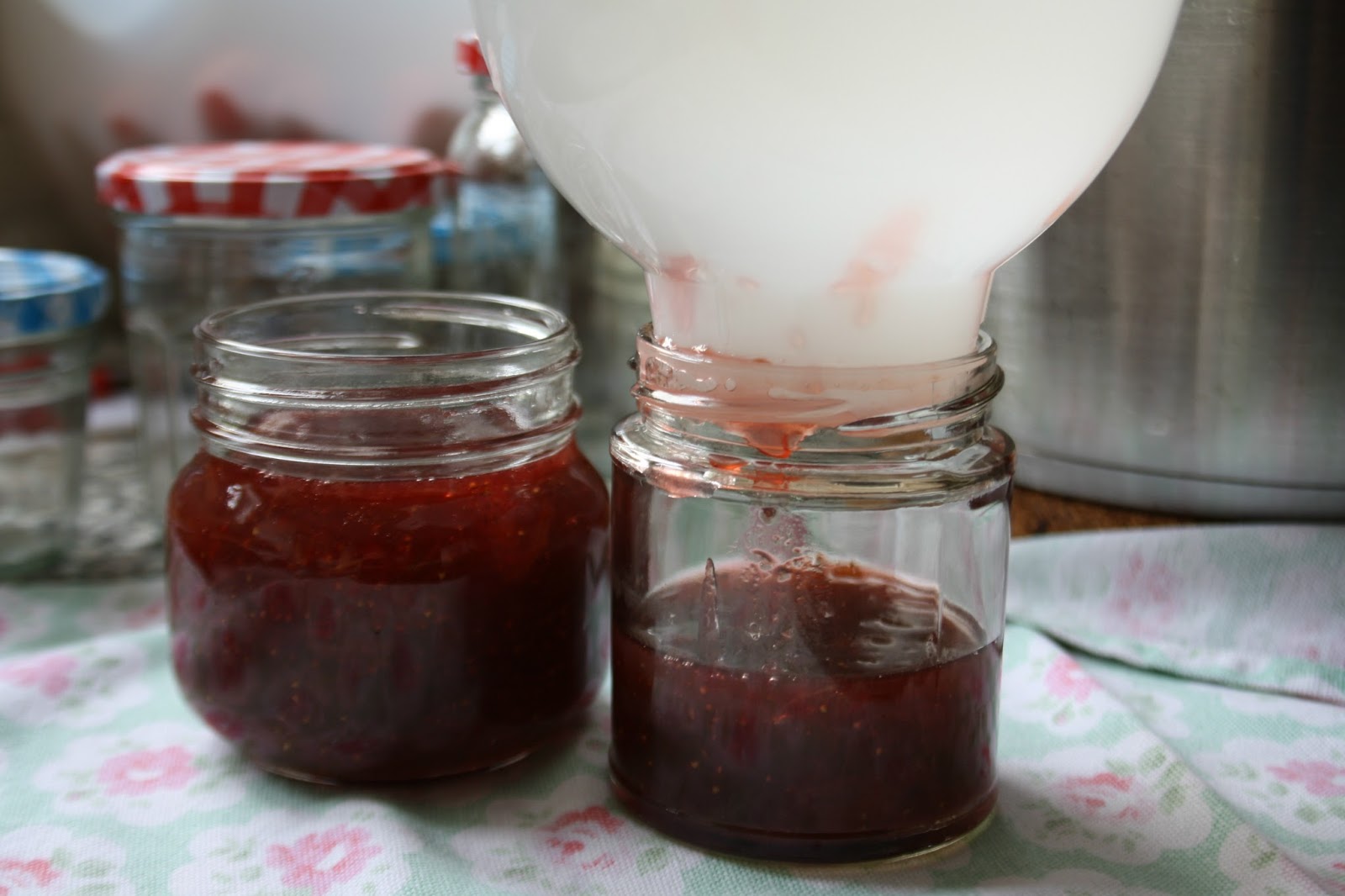 And, actually, this is a pretty fantastic flavour combination, not too sweet, not too tart.

There were two wrinkled peaches in the fruit bowl. Not so much on the turn as fully flipped. 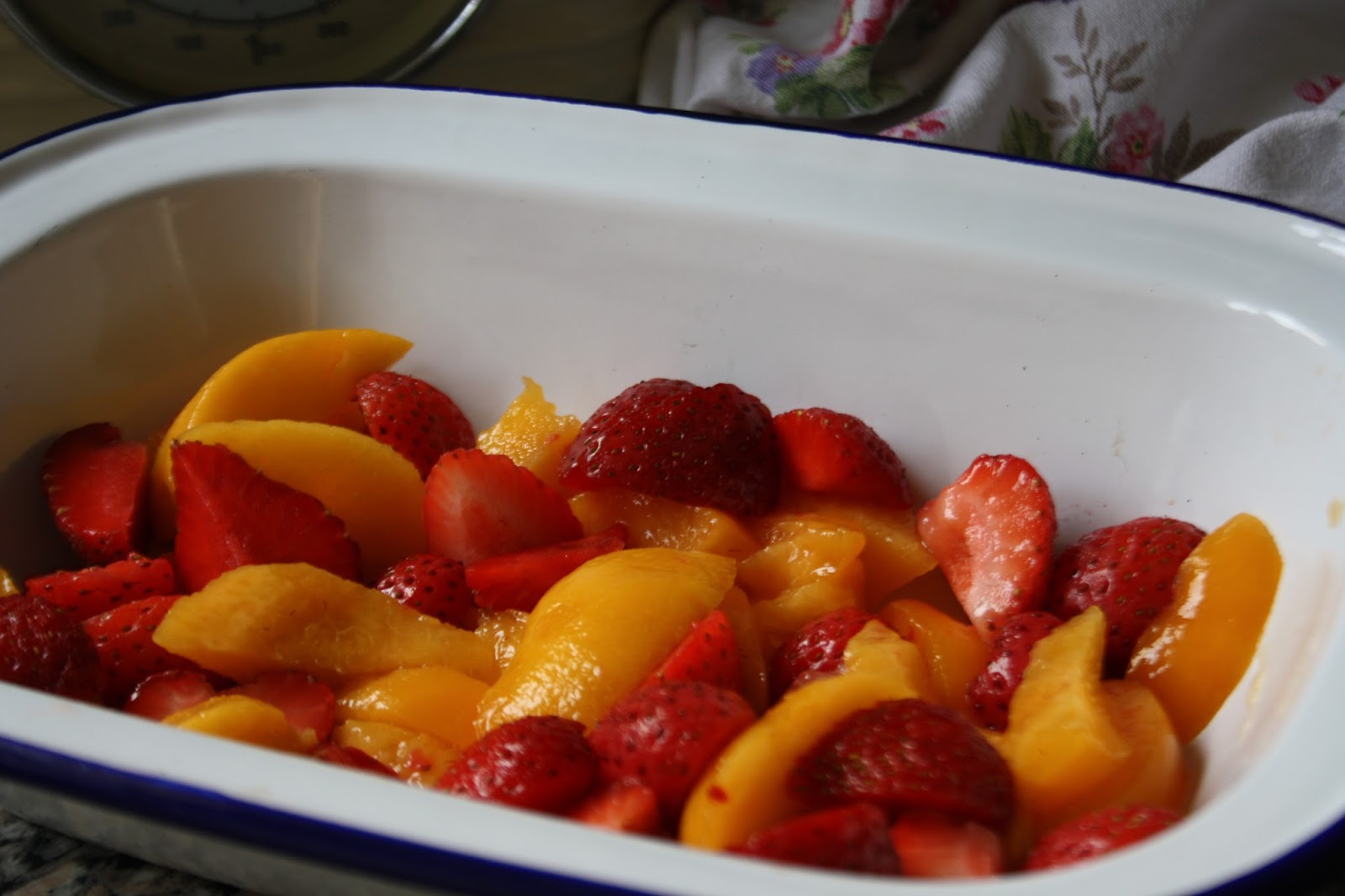 With strawberries, they formed the basis of a simple, delicious summer crumble. 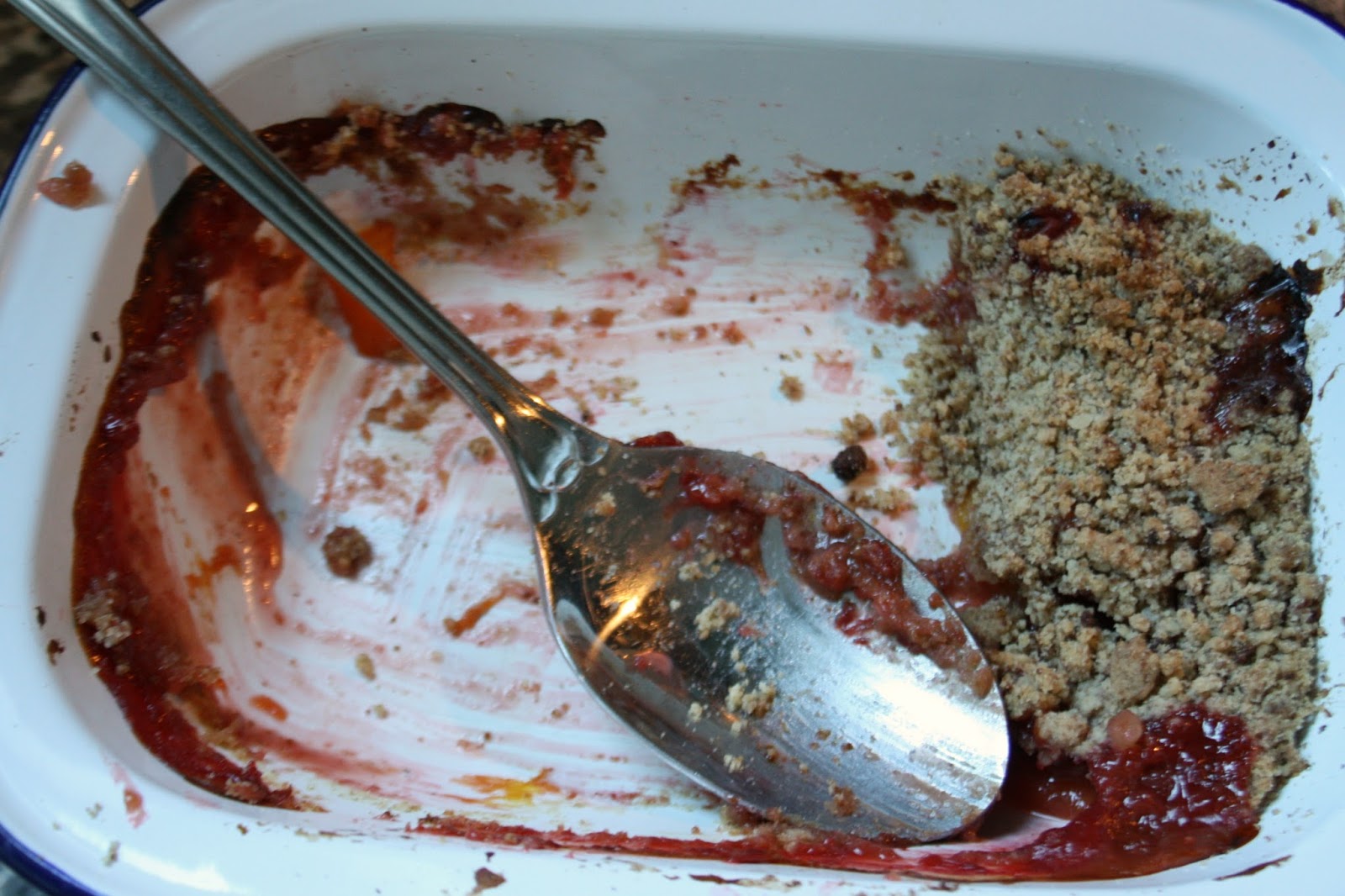 John ate his with cream, I had mine with fat free vanilla yogurt. I really wanted vanilla ice cream but I'm on a diet. It was still lush, though. 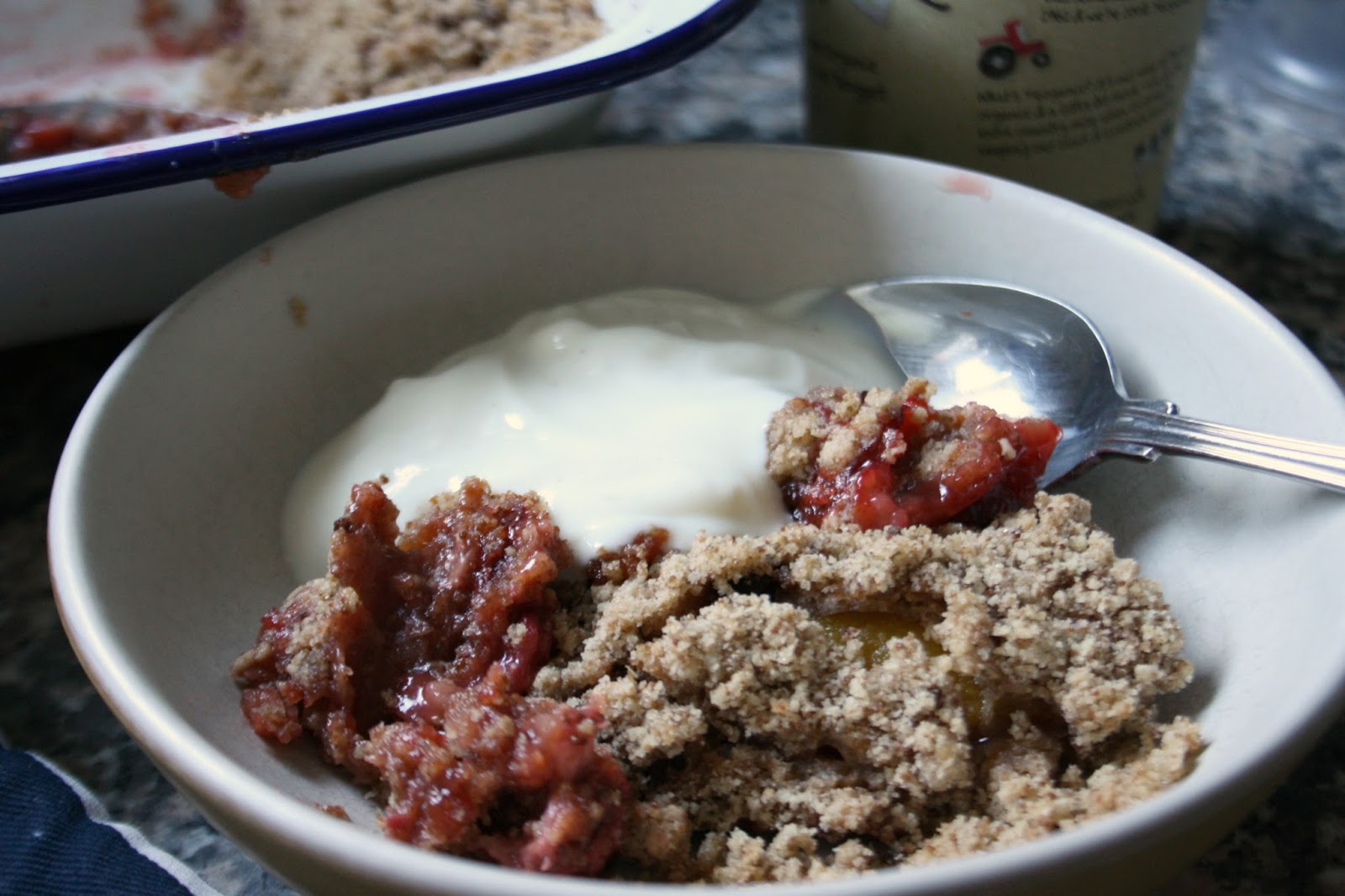 And then there was some basil in a jug, also on the kitchen windowsill. 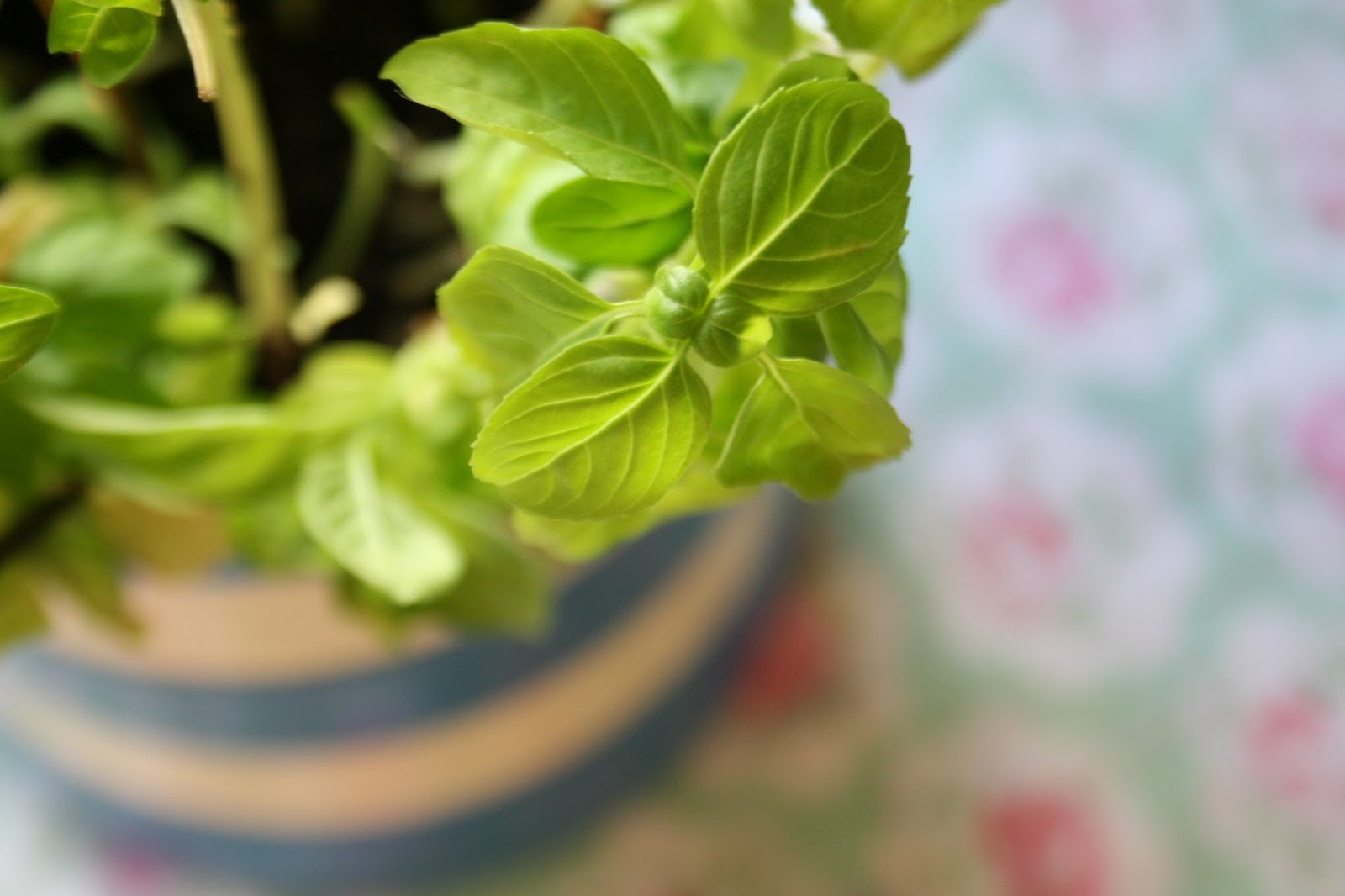 I'd always wanted to try strawberry and basil jam, and so I did. Just a small amount, enough for two small jars, as I wasn't sure if I'd like it. 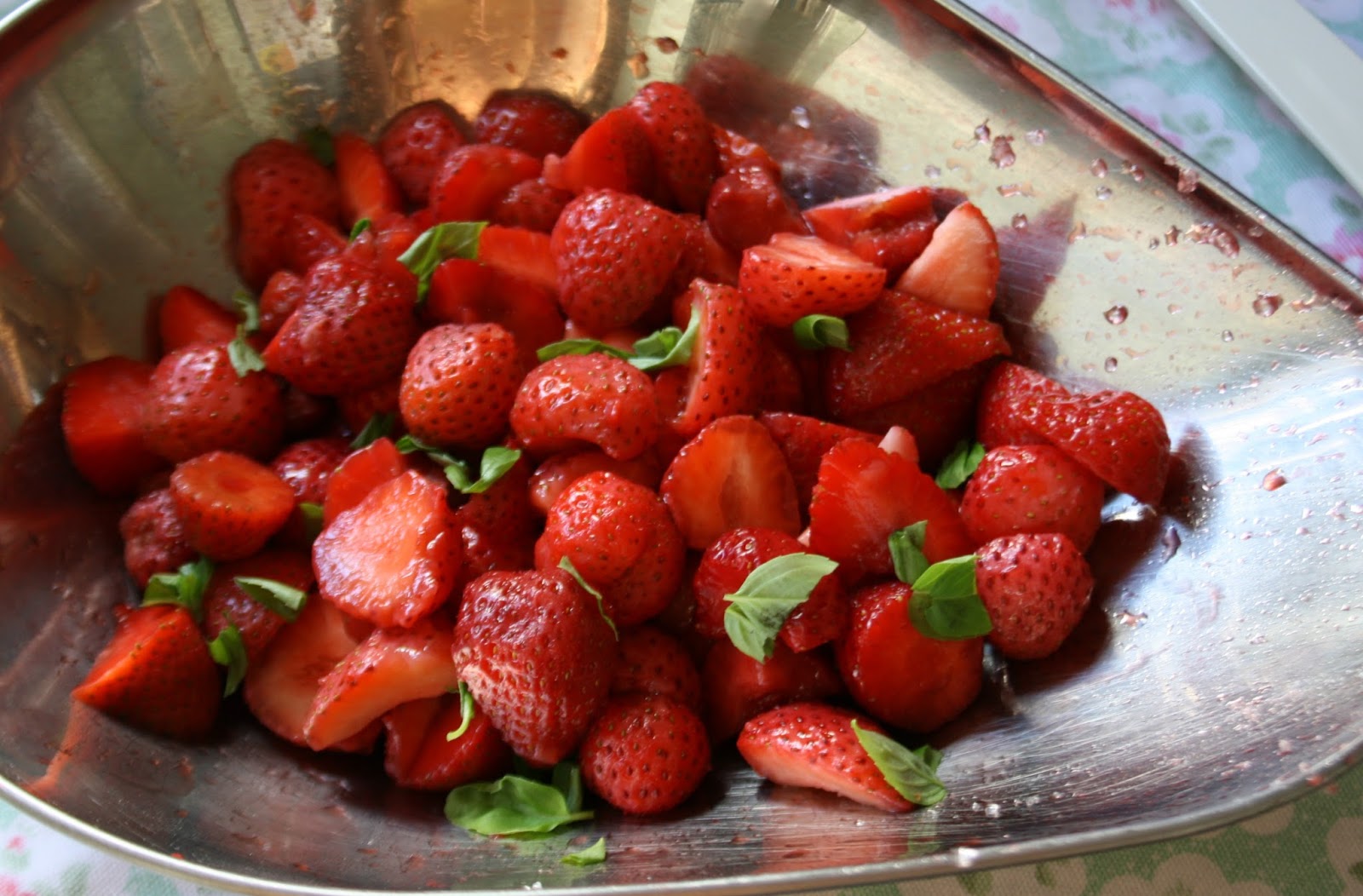 I like it a lot. It has a faintly anise flavour, a little grassy, if that makes sense. John and the kids are less enamoured, but I think it's a more grown-up version of strawberry jam. Also, the thought of strawberries and basil - two flavours that are so evocatively summery - together, pleases me no end. The only thing I don't like about it the way the leaves go in the jam; a bit brown and weathered, and you want to pick them out. Next time I might try and make a kind of basil bouquet garnis or something similar, so that I can infuse the fruit with the herby flavour but not include the leaves in the bottling process. Has anyone else experience of making strawberry and basil jam?

So that is what you can make throughout the week in soft fruits season, with a load of strawberries and whatever you can find languishing in the fruit bowl or on the kitchen windowsill.