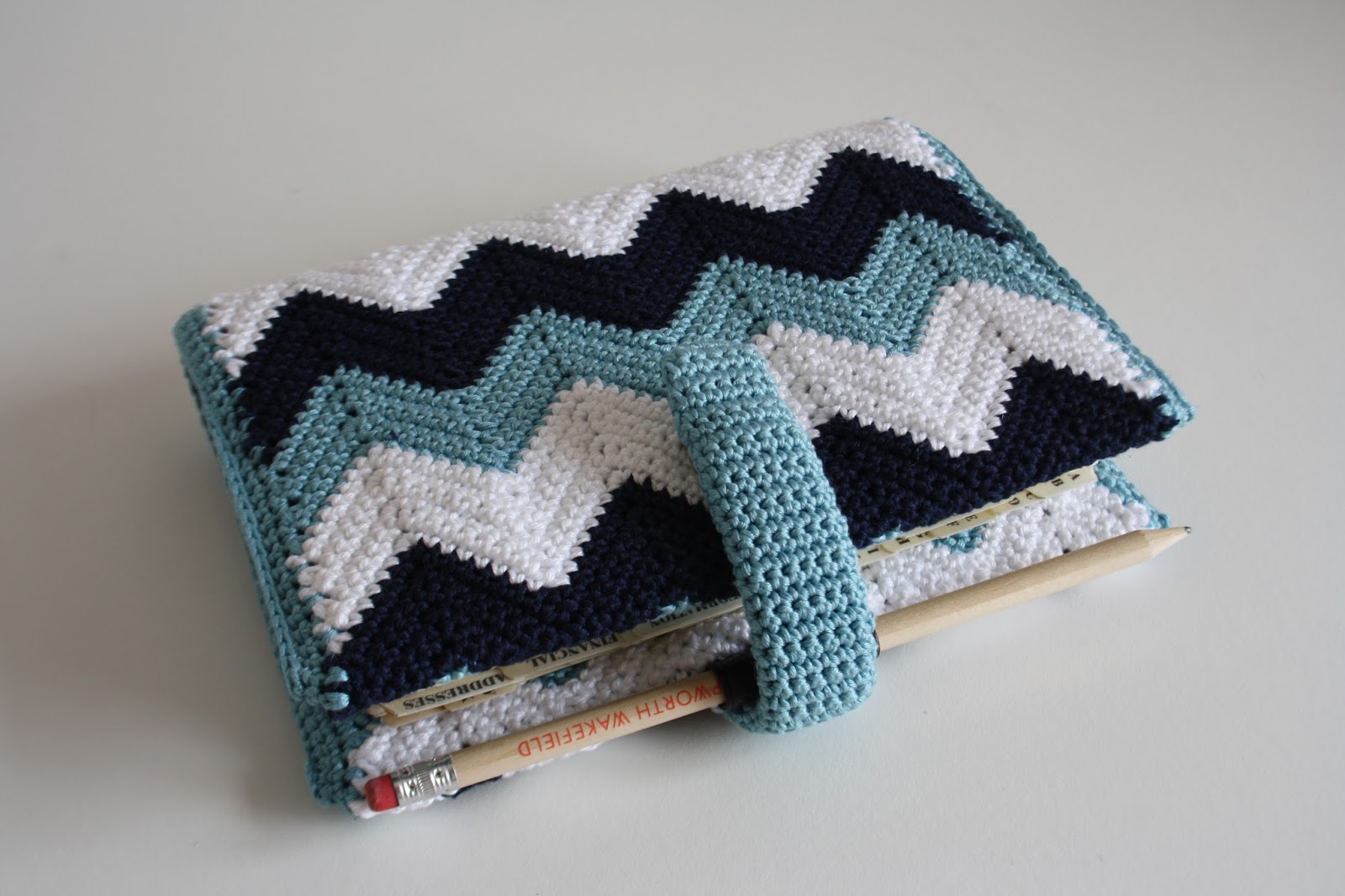 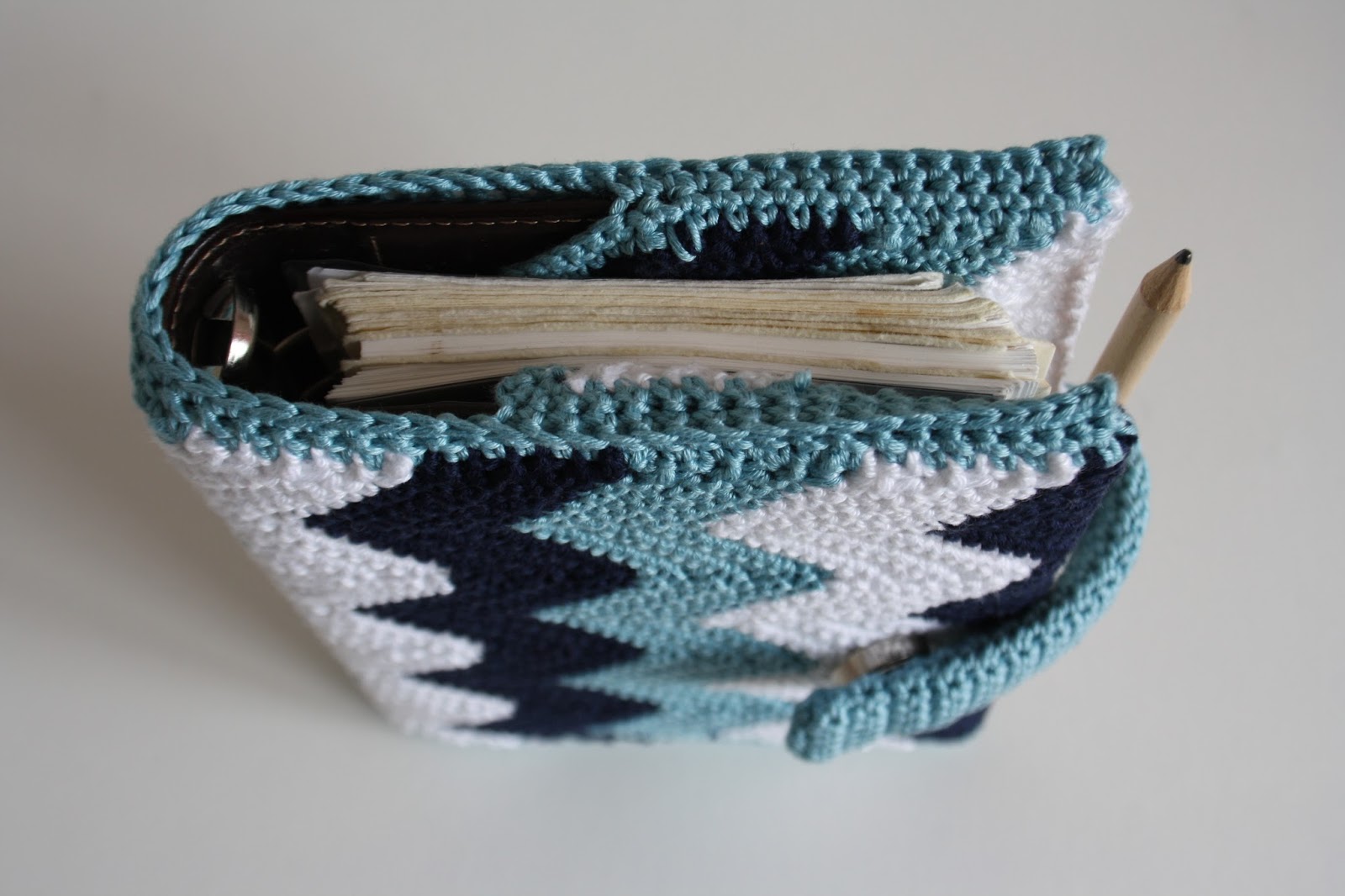 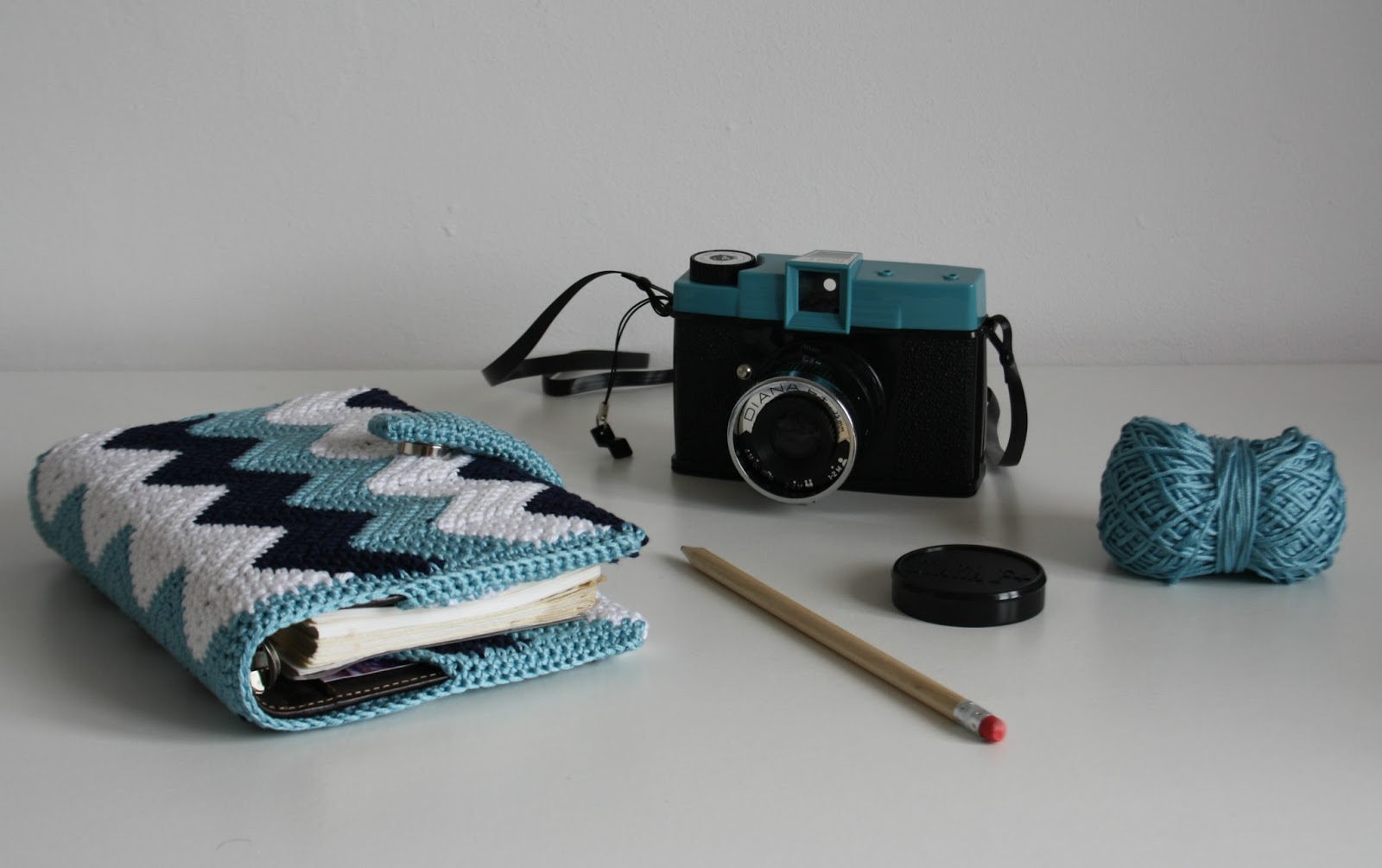 I love my filofax. I realise this probably makes me really uncool but I don't mind and every autumn - out of habit as much as anything - I buy a new set of diary inserts and that commits me to using it for another year. I just can't get on with using the diary on my phone; I like to see it all laid out before me, I like to have the pen in my hand while I look over my day, flicking through the pages, counting the weeks.

But my filofax is not pretty. No, it is a brown leather one, old and dull, battered and worn. There is a large ring mark left by a hot cup of tea on the back, and a stain from a time when a pear got squashed in my bag about eight years ago. My grandma gave this to me one Christmas maybe ten or twelve years ago and I'm very attached to it, but it was starting to look shabby. 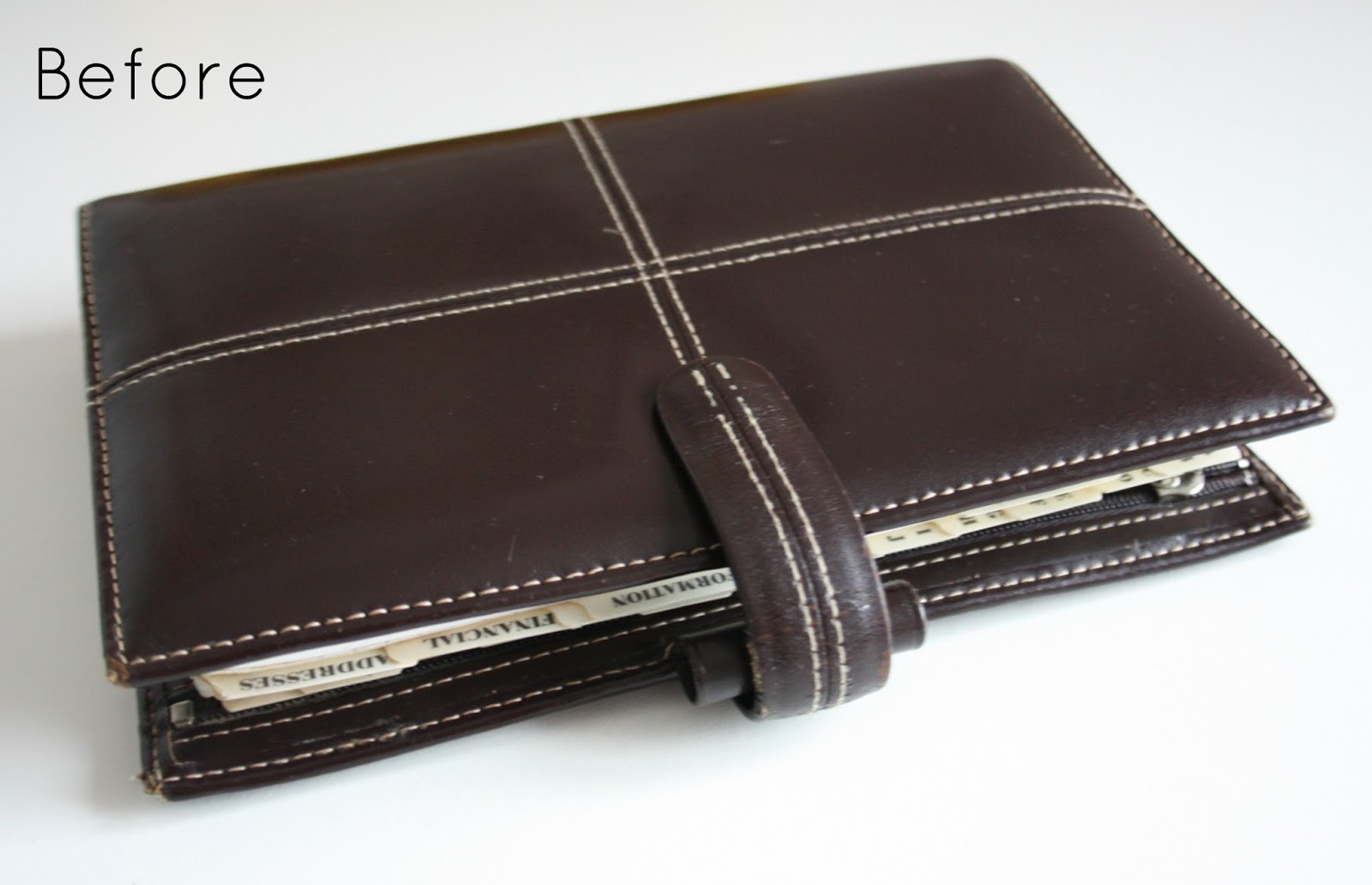 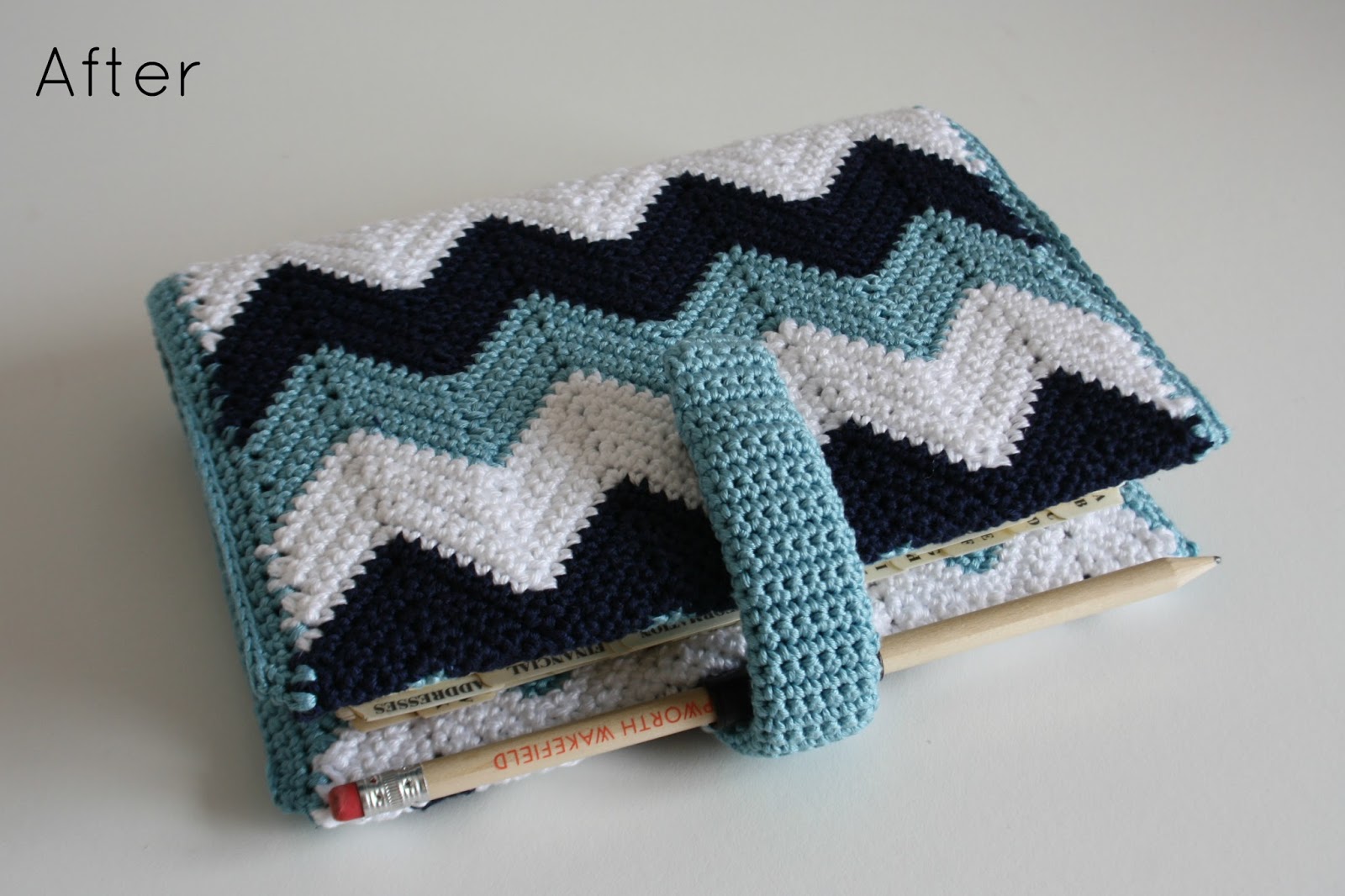 Something had to be done, and once the seed of an idea of making a cover was planted in my head, that was it, I was off. But goodness me, this was a project and a half, and one I very much wished I had a pattern for. I googled "crocheted filofax cover", I looked on Ravelry, but there was precious little out there. (Also, on a side note, so many crochet patterns and projects are so fussy, girly and country in style. Yarn lovers like modern pattern and colour too, not everything needs a rainbow of colours or a flower stuck on it, although that's nice too sometimes...just saying.)

So I just made it up as I went along really, imagining something like a notebook cover with a flap for the fastening, and decided to use a chevron/zigzag pattern for which I found an excellent tutorial here at the blog Meet Me At Mike's. And what an inspiring blog that is, hurrah for some fresh, modern, un-fussy crochet!

Anyway, it's finished now (it basically took me the entire Easter holiday) and luckily I LOVE it - the colours, the pattern, the neat little stitches. I have a real thing about chevrons lately and have started another project which I'll share soon, I'm only six rows in.

Carry on reading if you're interested in how I made it. It's not a tutorial as such, more me sharing how I did what I did, with photos.

First of all, the essentials. I chose cotton yarn mainly because I had a lot of it already, and I wanted it to be hard wearing and washable. I used this brand, which I really recommend - it has great depth of colour, doesn't split much and it well priced: 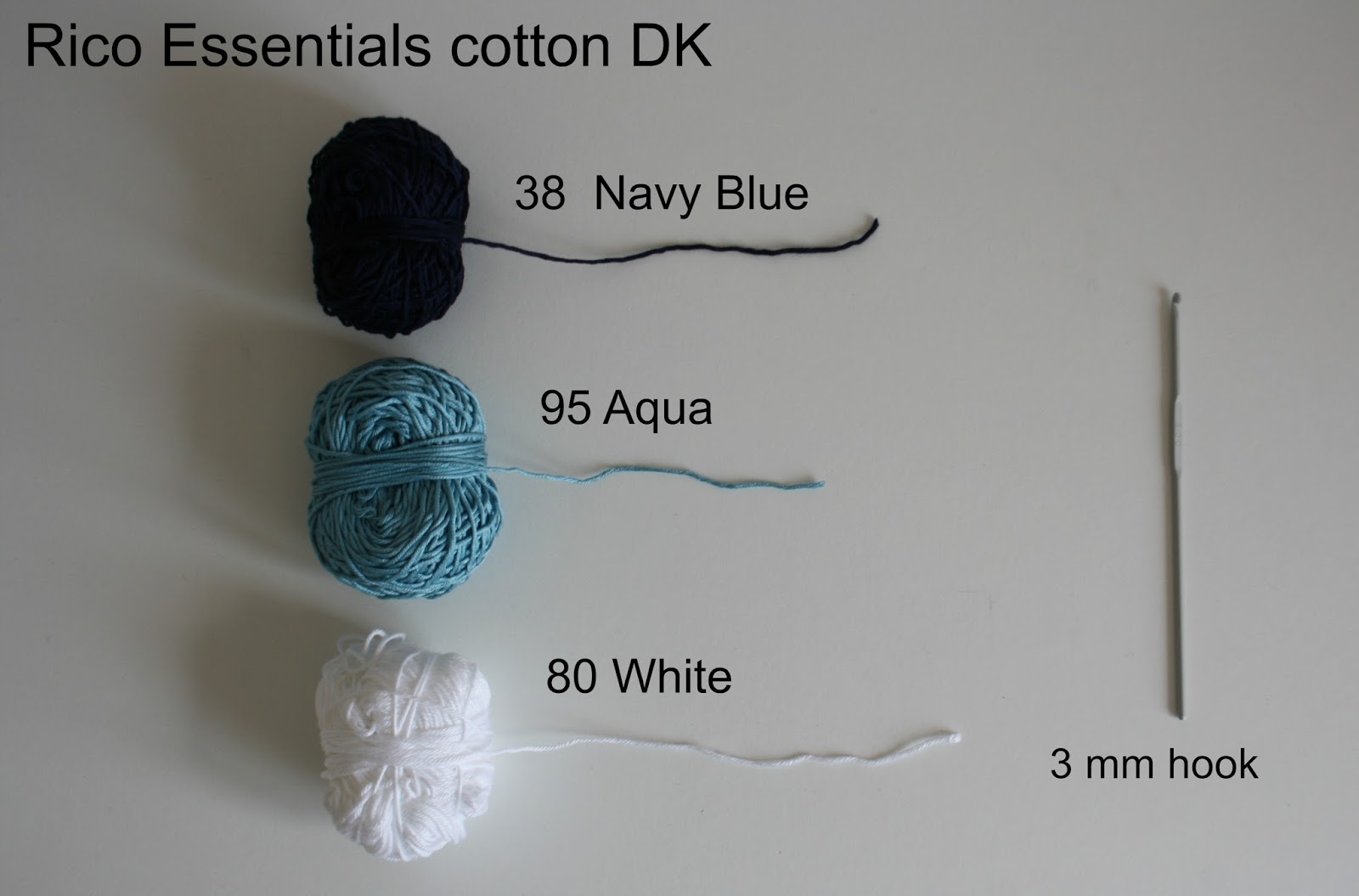 I wanted a very closely woven, dense fabric so that when it was stretched tight over the leather you couldn't see the brown showing through. This made it quite hard work to crochet - I had to really force the hook into the stitches sometimes - but I'm glad I made it this way, it feels sturdy and less likely to snag.

Ok, once I'd decided on the pattern and yarn, I needed to make it fit the filofax. I adapted the pattern so that my foundation chain was long enough for my project. However, this being the first time I'd crocheted a chevron, I didn't anticipate how much it would shrink back as I worked the rows. It quickly became clear that it would be much too short, and I had to start again, adding another peak to the row of zigzags. Duh. 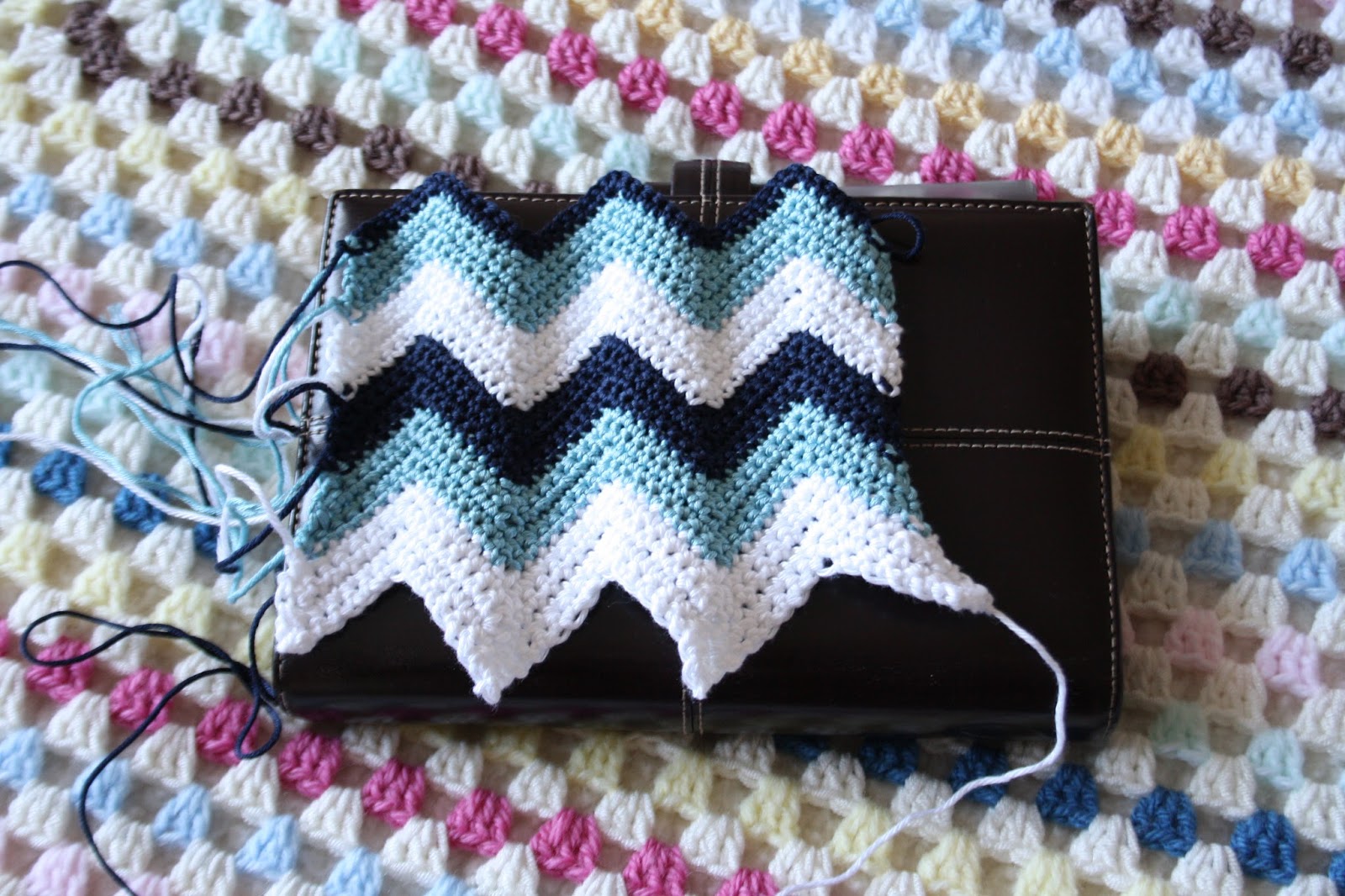 Obviously, if you're working in stripes or granny squares, this wont happen, and it should be much easier to gauge how wide you need to make it. Once I was happy with the sizing, I crocheted away until I had a long strip of fabric that I thought I could wrap all the way around my filofax, with enough for flaps either side. Or so I thought...

I suddenly realised that, since my filofax has a flap with popper fastening, I would need to accommodate this into my design, somehow creating an opening into the chevron pattern. This made my brain hurt, but I figured it out. It's hard to explain, and I will do my best: what I had to do was "fill in" one of the dips or valleys in the zigzag so that it had a straight edge. I found a great tutorial here which helped with that a lot. The arrow highlights the area I filled in. 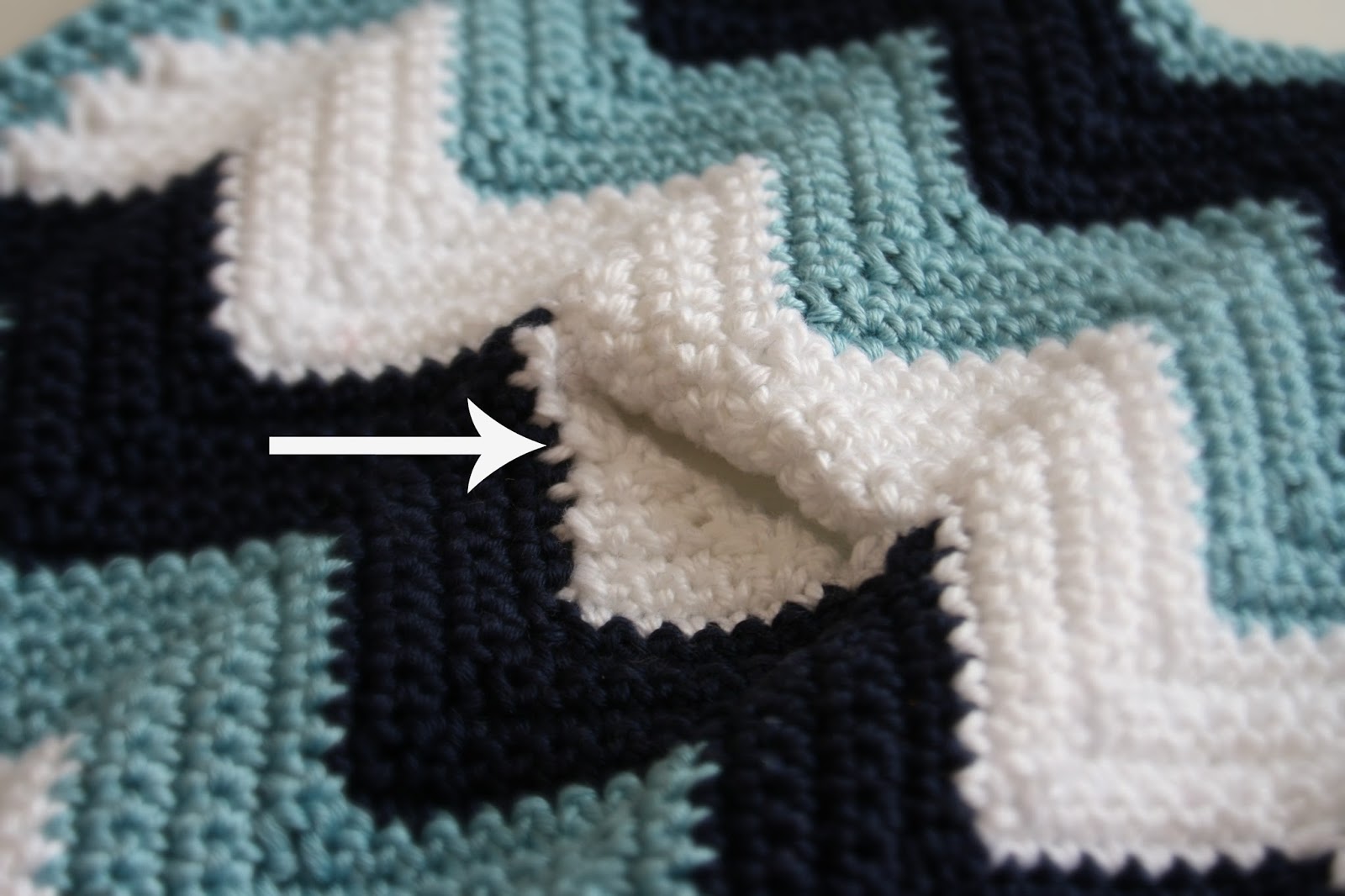 Then I needed to continue back into my chevron pattern in the next row, or else the rest of the pattern would be off. So, above my "filled in" area, I created a chain, a sort of temporary foundation chain, of the number of stitches I needed to make a down-up section, and attached it firmly to either end of my little filled in area.

Then I crocheted along as I had been until I reach my new bit of foundation chain and, instead of working into the tops of the previous row's stitches, worked into the chain instead, and then carried on into the next part of the fabric. This worked in so far as it gave the chevrons an uninterrupted pattern, which is great, but it also gave me a kind of flap, which you can see below: 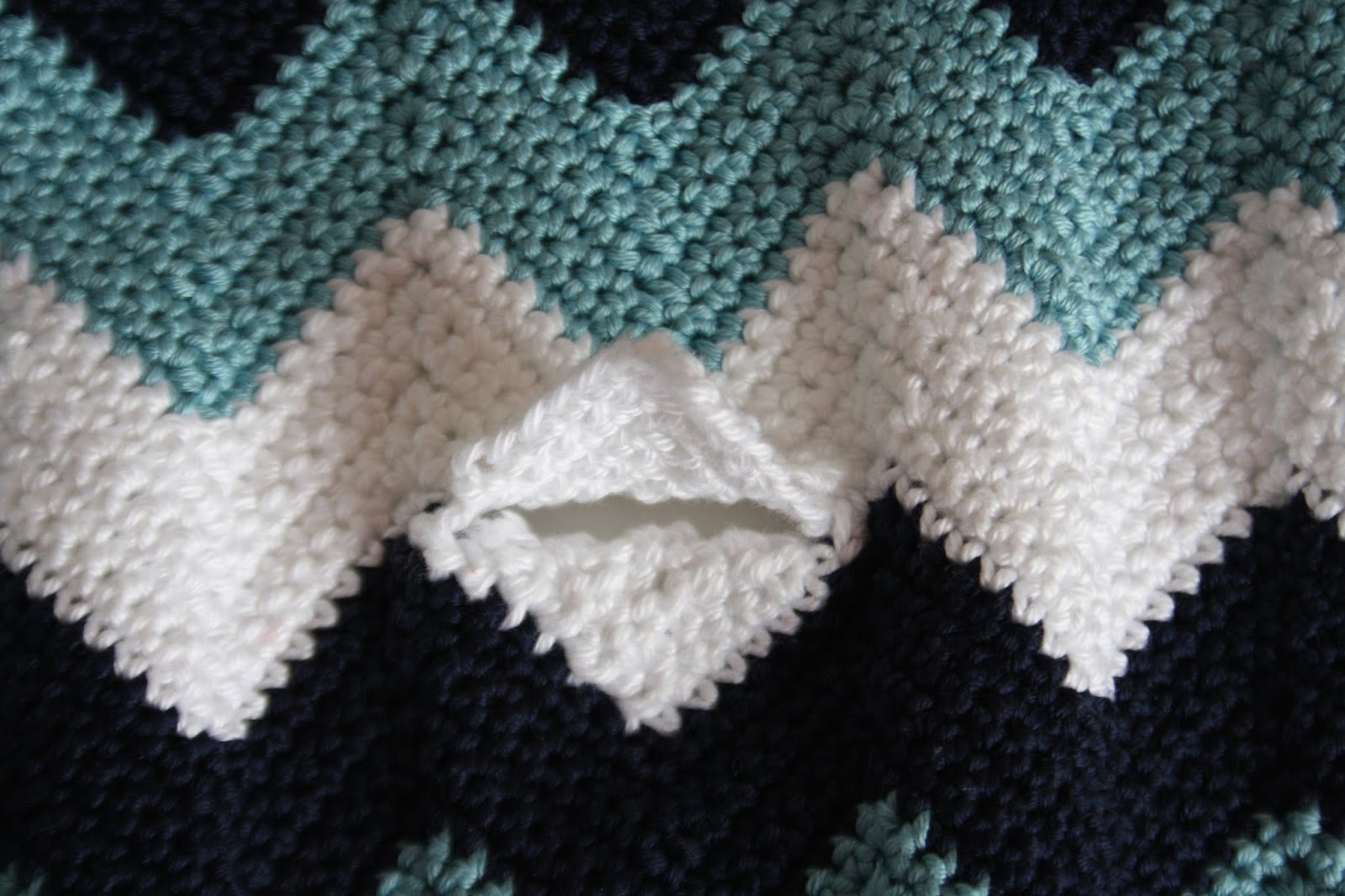 But this flap just gets tucked inside the cover at the end, so it's fine.

I carried on with my pattern until my piece of fabric was the desired length to go all the way around the filofax with room for flaps at either end. At this point, I darned in the ends and then gave the whole thing a border of two rows of double crochet, just to make the edges nice and tidy. 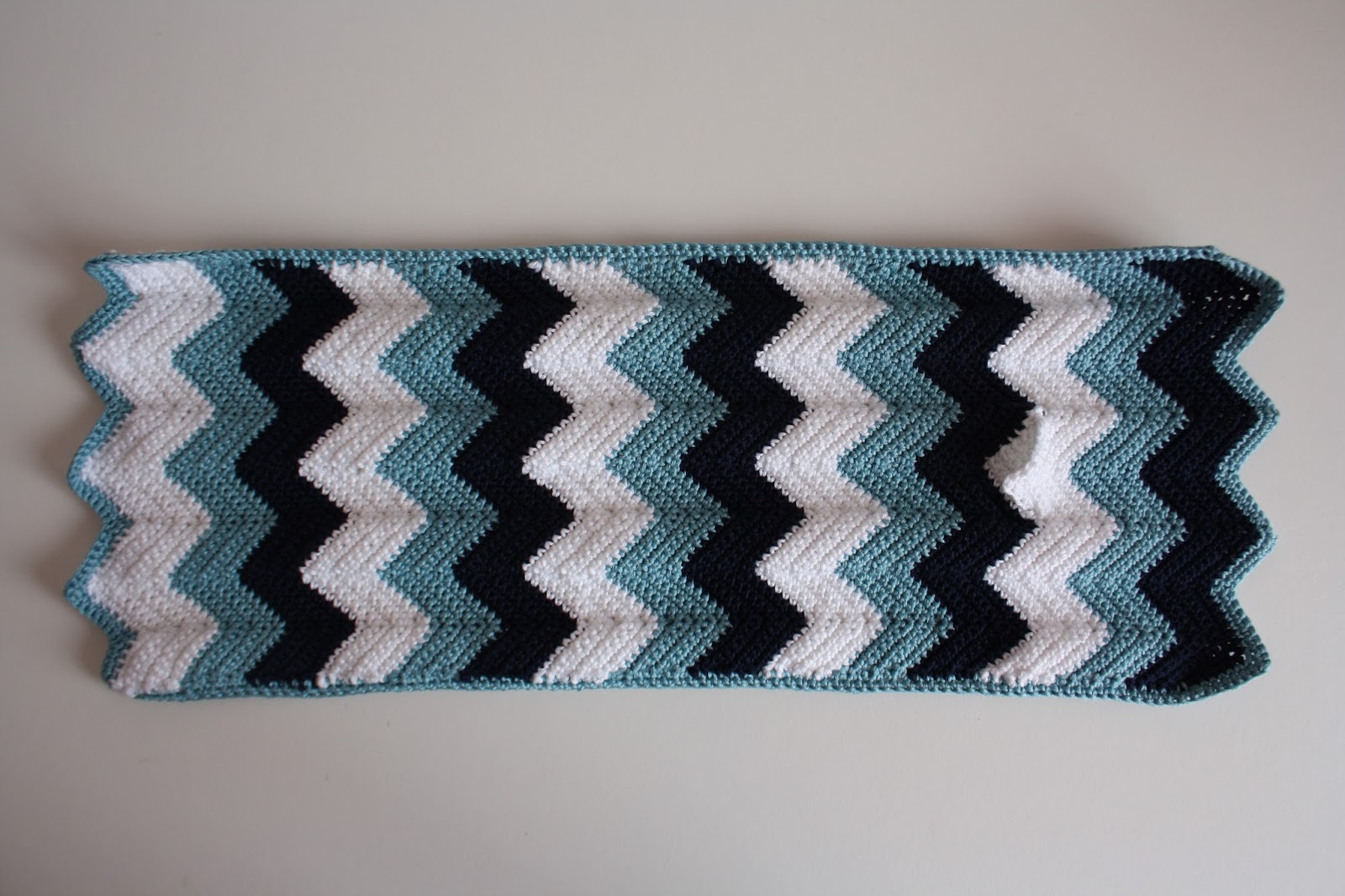 Now for the cover for the strap. I joined the turquoise colour to the straight edge of my "filled in" valley in the zigzag and then crocheted a strip of fabric that was long enough to cover the strap and wide enough to wrap around it. Next came the joining it together part. I laid my piece of crocheted fabric flat, placed the filofax on top, and pulled the fabric around it until I was happy it was all equal and straight. 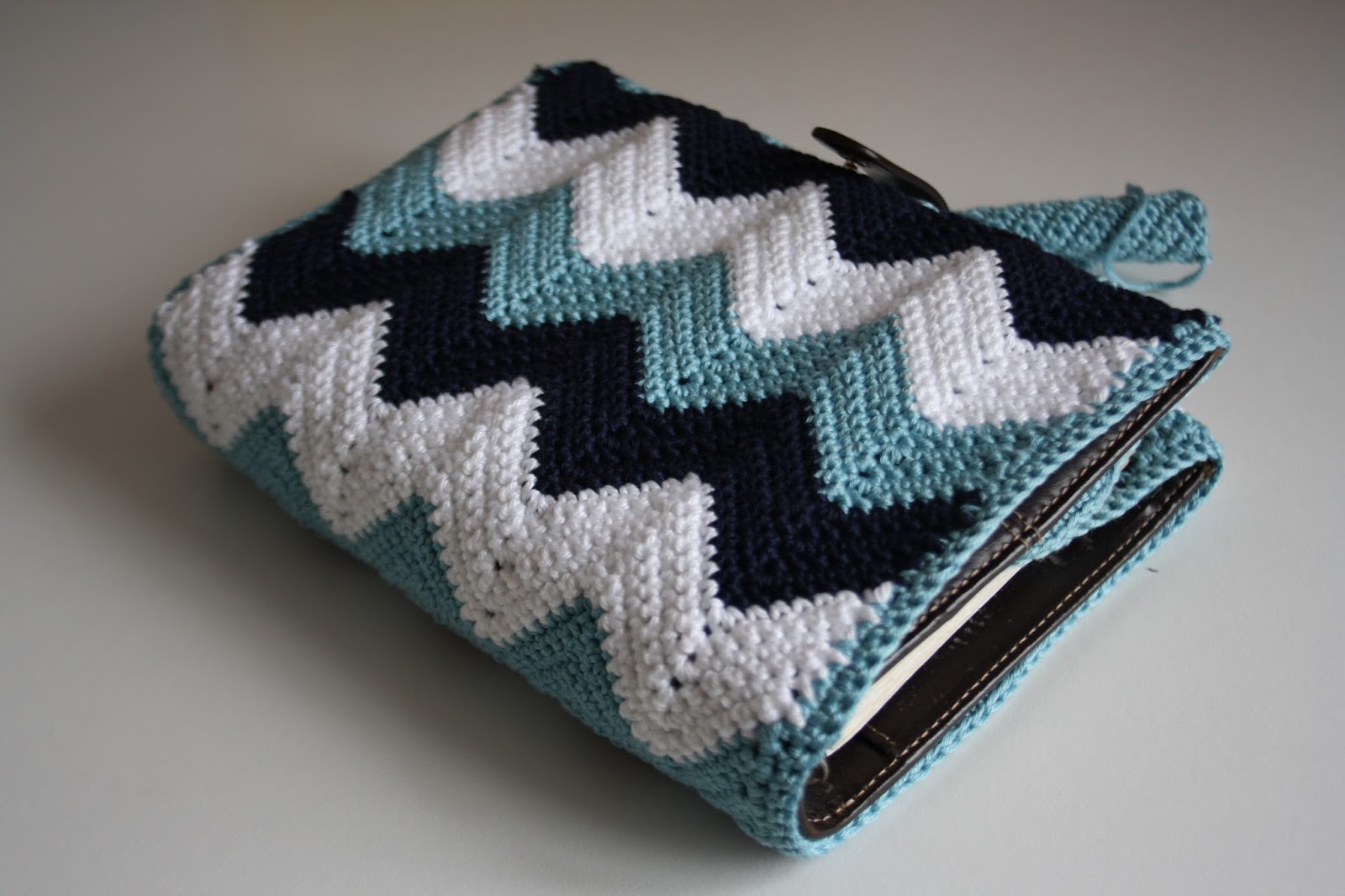 Then, using safety pins as stitch markers, I placed these at the points where I wanted to join the fabric together. 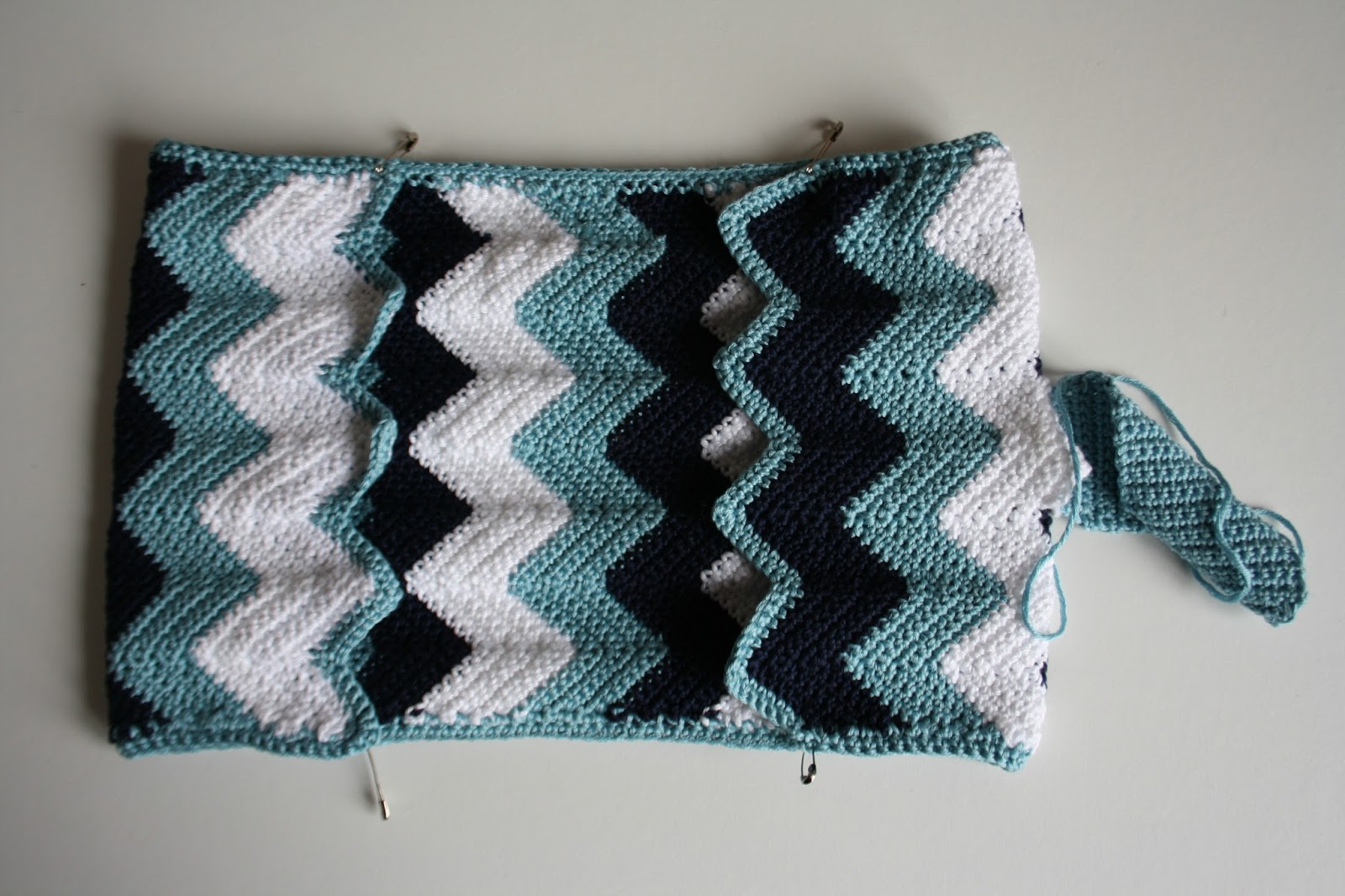 I took a lot of care here to count the stitches and make sure they matched up. 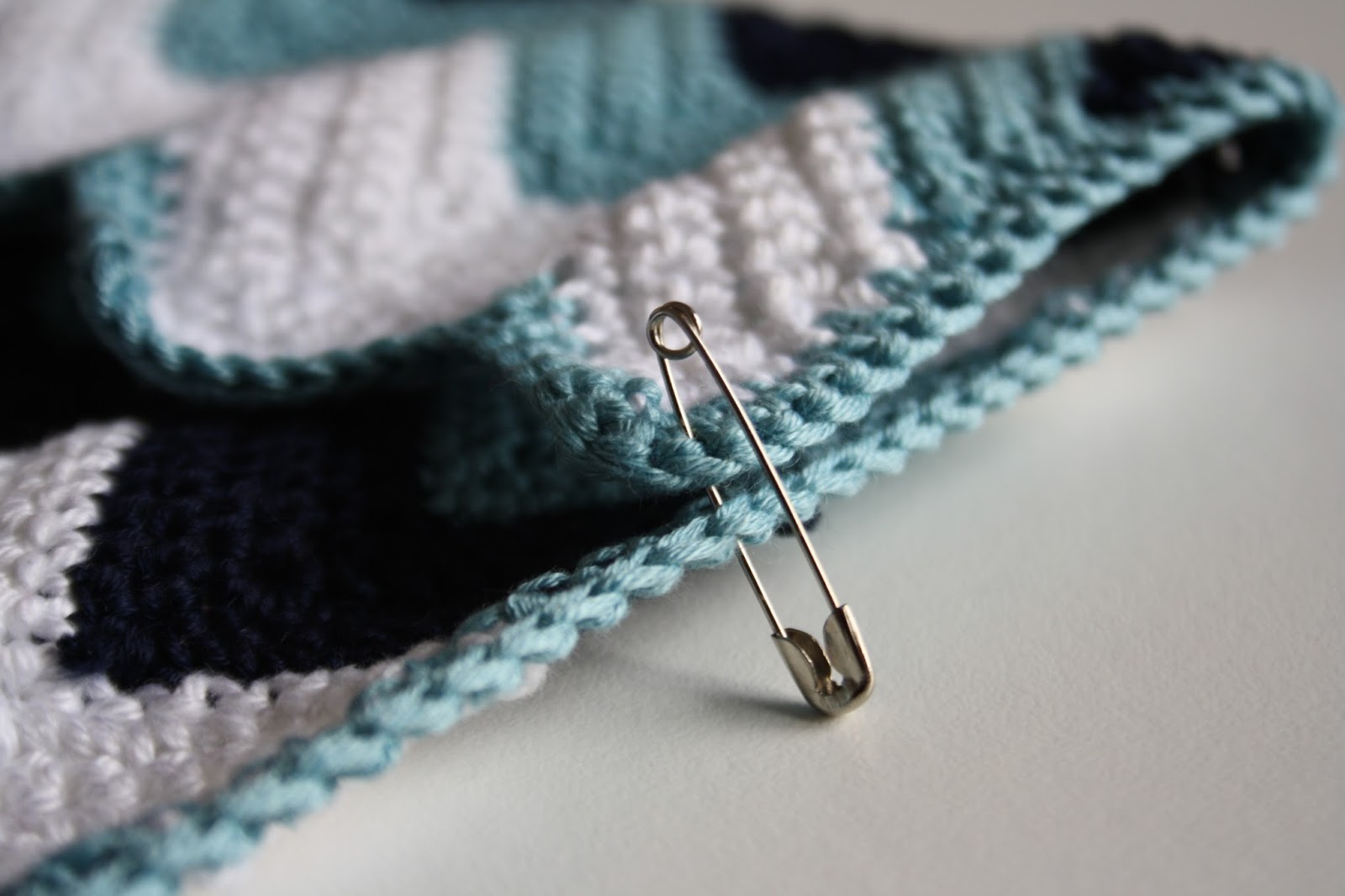 Instead of sewing, I crocheted the two parts together using double crochet stitches, then continued those across the middle section, then carried on joining together on the other side. This gave a nice continuation of the border and a firm edge.

Last of all, that pesky strap. I inserted the filofax into it's cover (it fits, phew!) and then stitched the strap tight all around the strip of leather. You can still take it on and off, but it's not baggy. 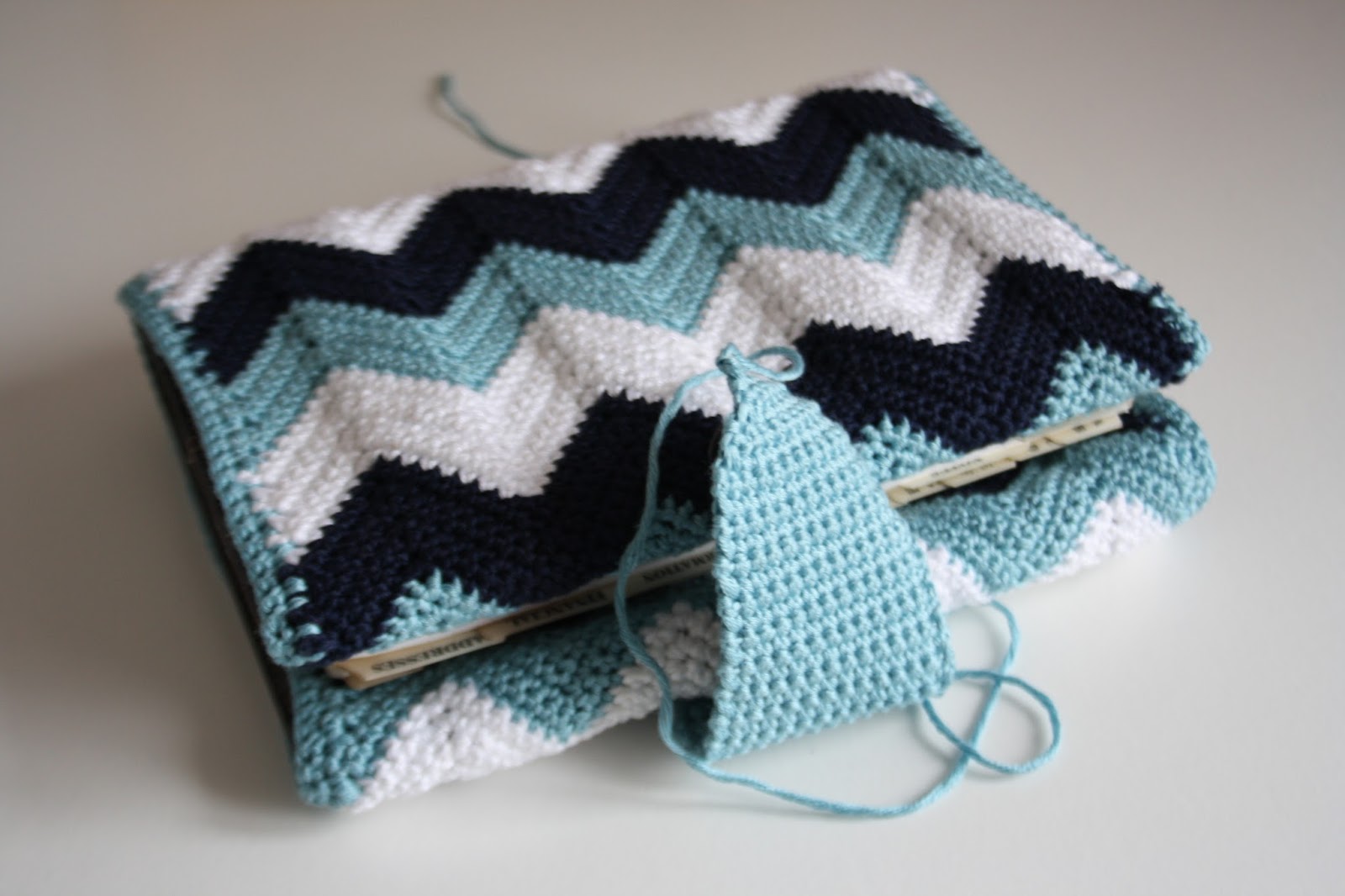 And then the fastening. I had no luck with poppers (press studs) and so went off to my local haberdashery in search of velcro. Honestly the women in there know everything. They are officially amazing, slightly scary, but mainly amazing. When I showed them what I was making one of them suggested a magnetic handbag fastener which is a million times easier to fit than a popper, so that's what I did. When I was happy with the positioning I inserted and fixed it, then finished sewing around the last bit of the strap. 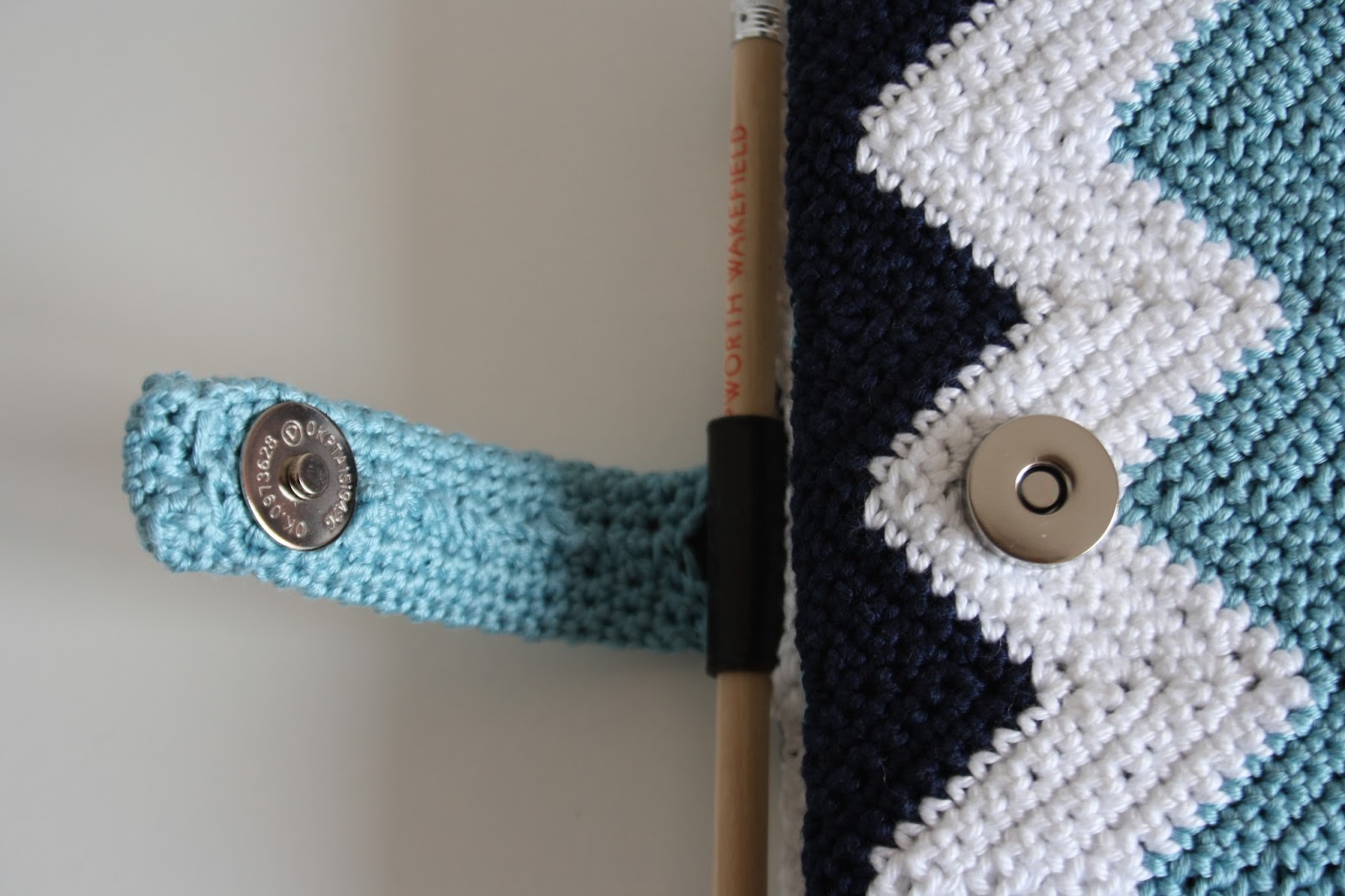 I'm really proud of how I got the strap to look, and that fastening. I'm proud of all of it in fact, it was a steep learning curve but sometimes that's a good thing.

And this is what it looks like from the back... 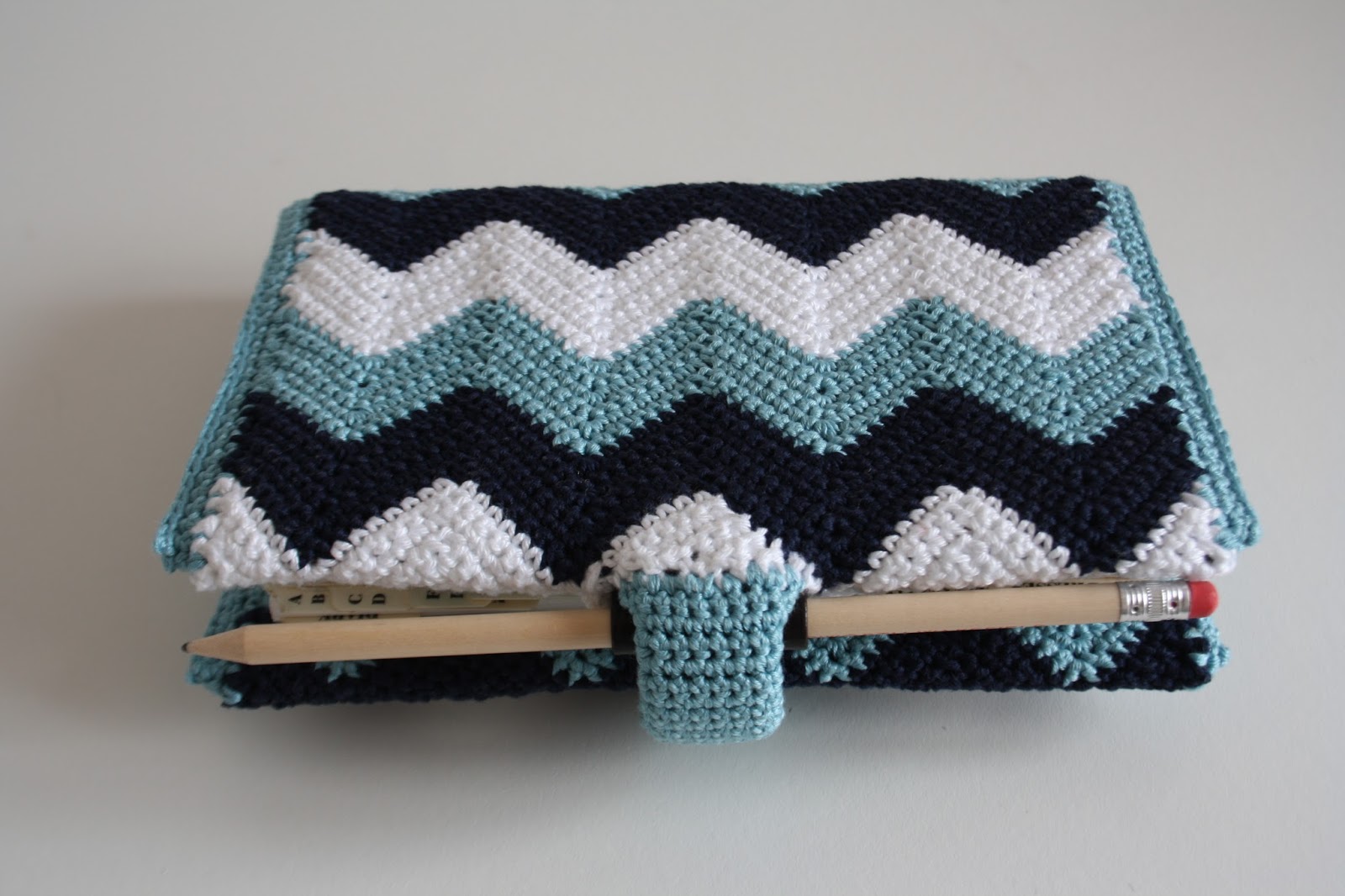 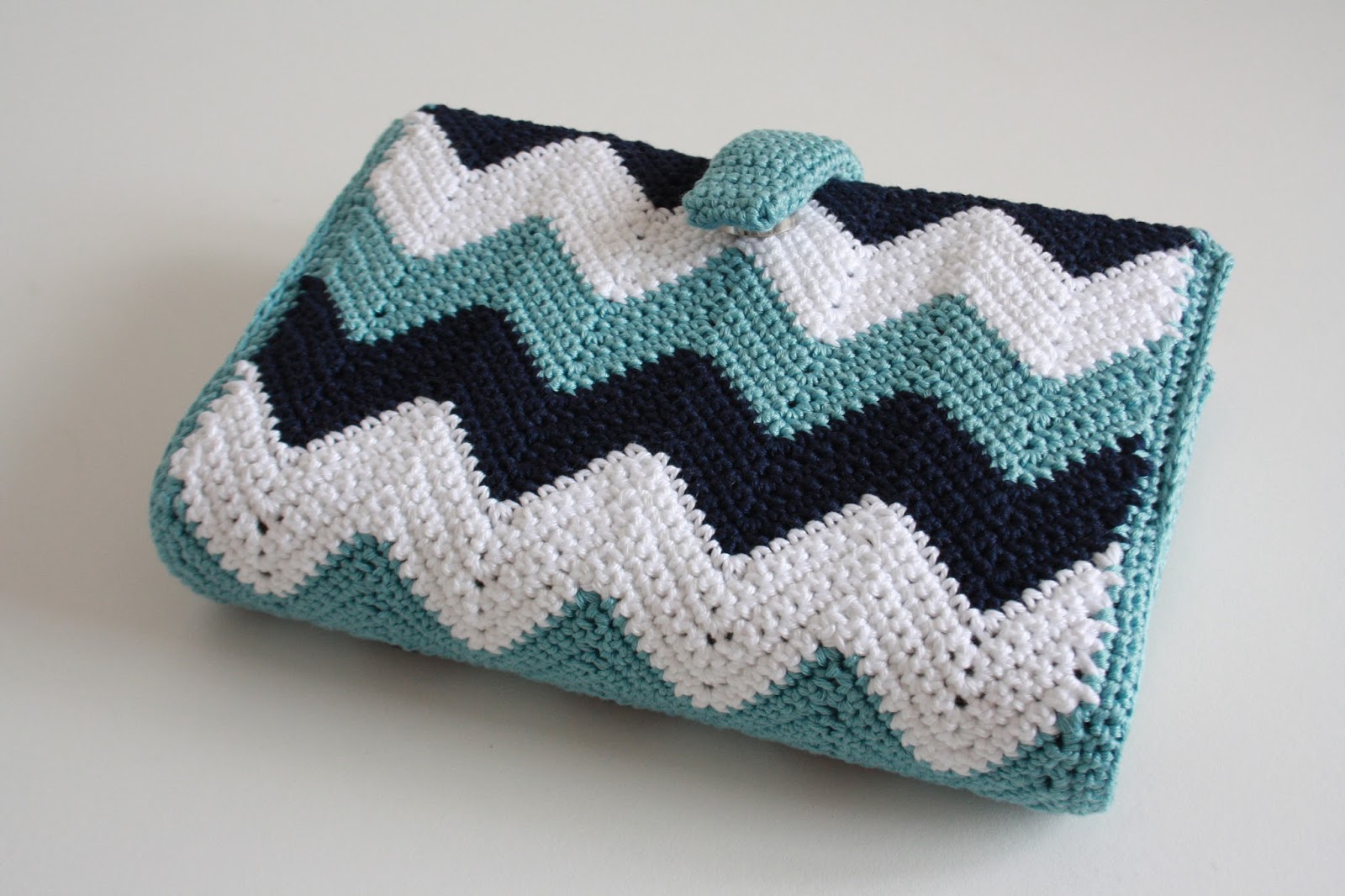