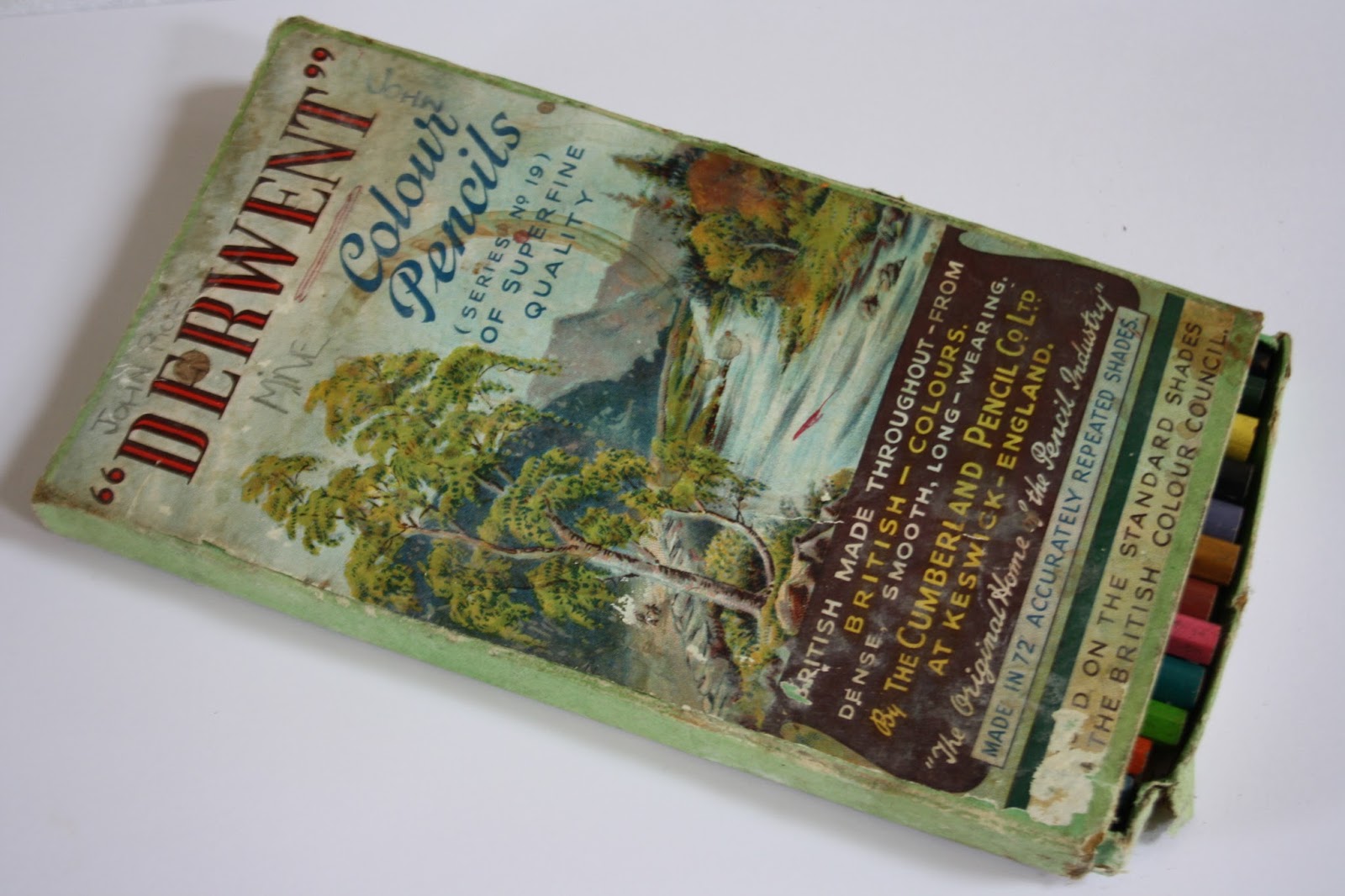 Thank you for your comments on my crocheted curtain tie-backs. I'm glad I can share these little forays into creative homemaking with you all, it gives me such pleasure.

We've enjoyed some mild and sunny weather this week and that, combined with the increasingly lighter afternoons, has given the air a deliciously spring-like feel. I'm wary of declaring it spring too soon though - do you remember how late spring was last year? Winter just seemed to go on and on. We had a heavy snow fall right at the end of March, which I wrote about here, so I have to remember that these Yorkshire springs can be late and very chilly. But, that said, it's been really nice to have the windows and kitchen door open, to be in the garage and garden, sorting, clearing and pottering.  My trawl through March 2013's posts showed that we seem to do a lot of DIY during this month and this year has been no different. We've painted Angus's old bedroom, the box room, and turned it into a study/office. My lovely mum, who has been staying with us this week, has been helping me in the garden. The garage has been emptied, sorted and re-organised, and many, many trips have been made to the tip. (Can you tell I am making the most of having John around before he starts his new job?) 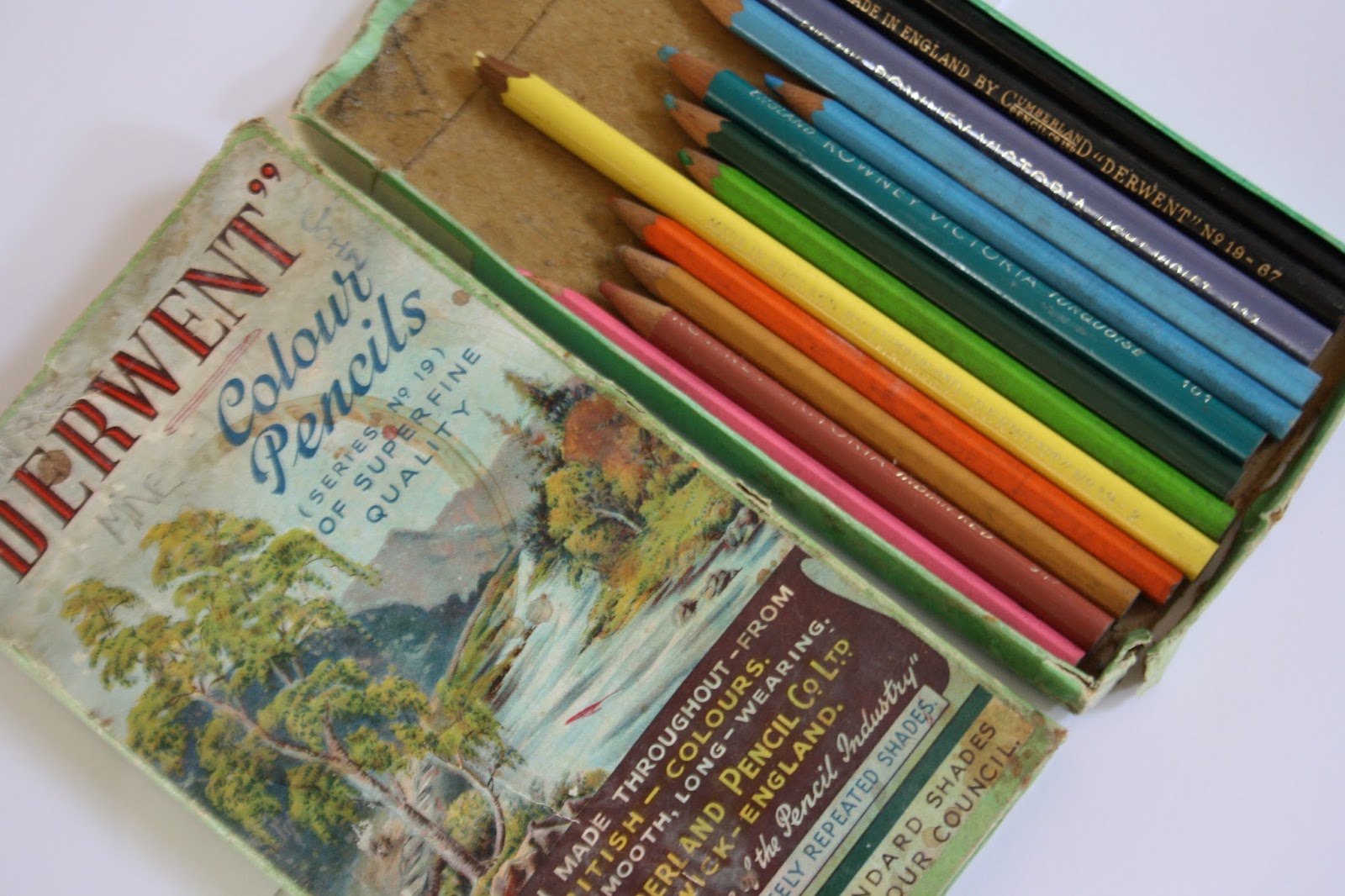 But, while doing these chores, we've uncovered some treasures which really made me stop and smile and reach for the camera. One is this ancient box of Derwent colouring pencils, which John found in amongst a dusty box of art materials in the garage. John remembers them well from his own childhood and thinks they belonged to his father. The language on the box is so robustly patriotic that I think they were far more likely to be from the fifties or sixties than the eighties, when John was a child. They are "British Made Throughout" from "British Colours" and "Based on the standard shades of the British Colour Council". The box tells us they were produced in Keswick, England - we get the picture. No foreign pencils here! The box has seen better days and is practically disintegrating now, but I think it's beautiful in it's faded, water-marked state. 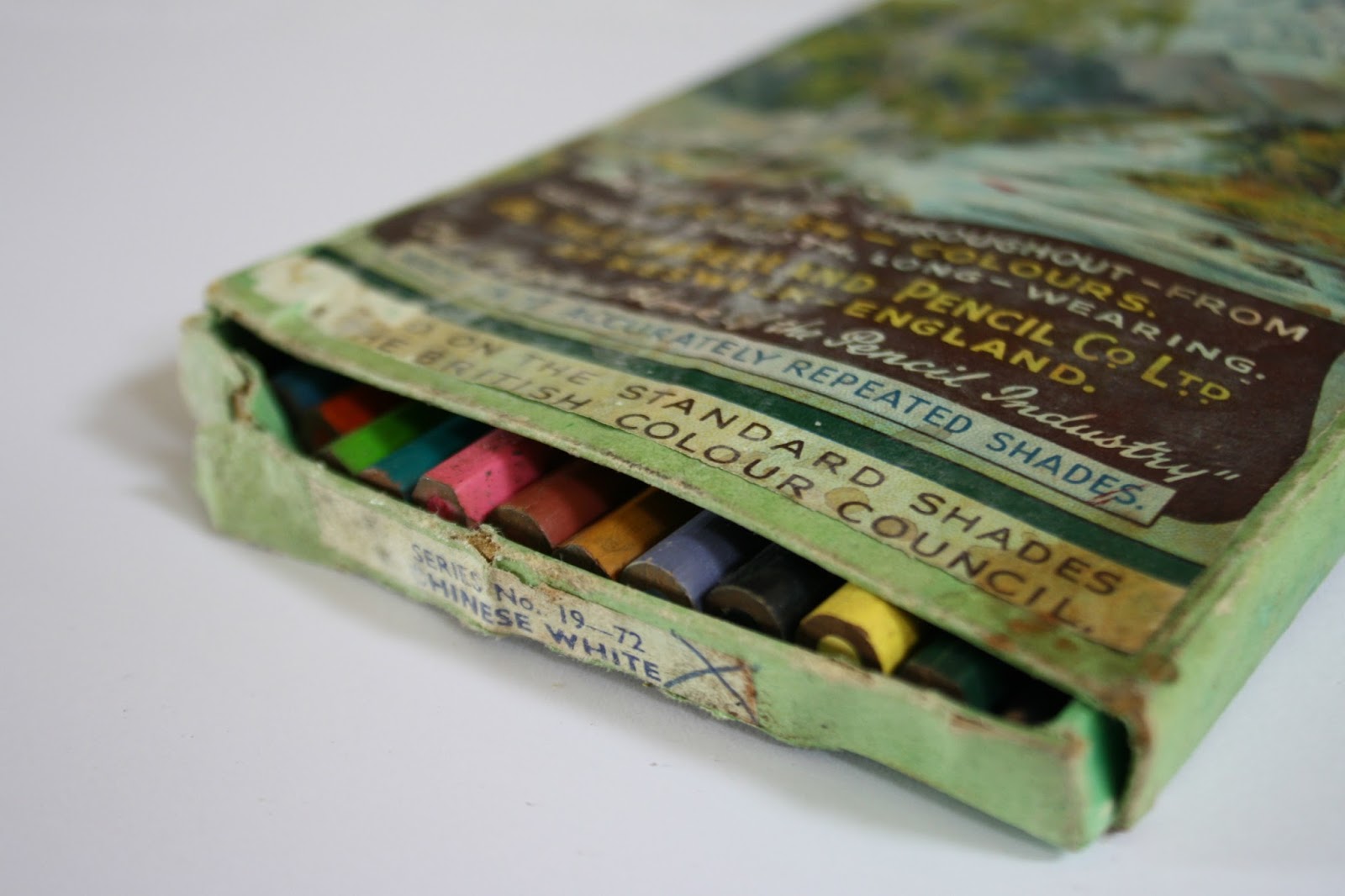 The list of colours on the back reads like a poem. The Derwent range of colours included "Naples Yellow", "Geranium Lake", "Imperial Purple", "Delft Blue" and "Vandyke Brown", whatever that is. They are more like the titles of novels than names of colours. 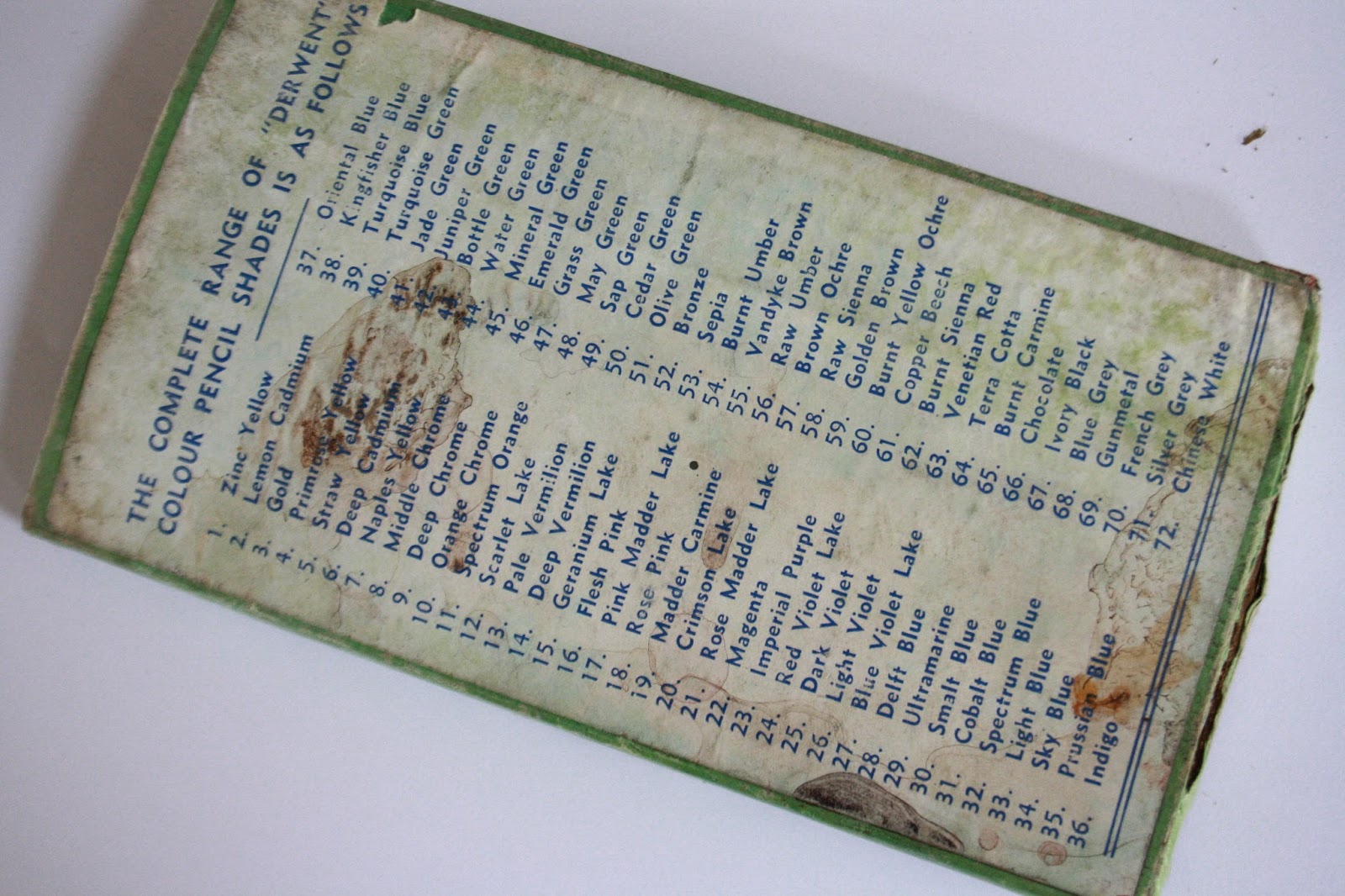 The original pencils are long gone I hope - for surely they were all used - and the box now contains a mixture of pencils from Derwent, Rowney and WHSmiths, still in a rainbow of colours. 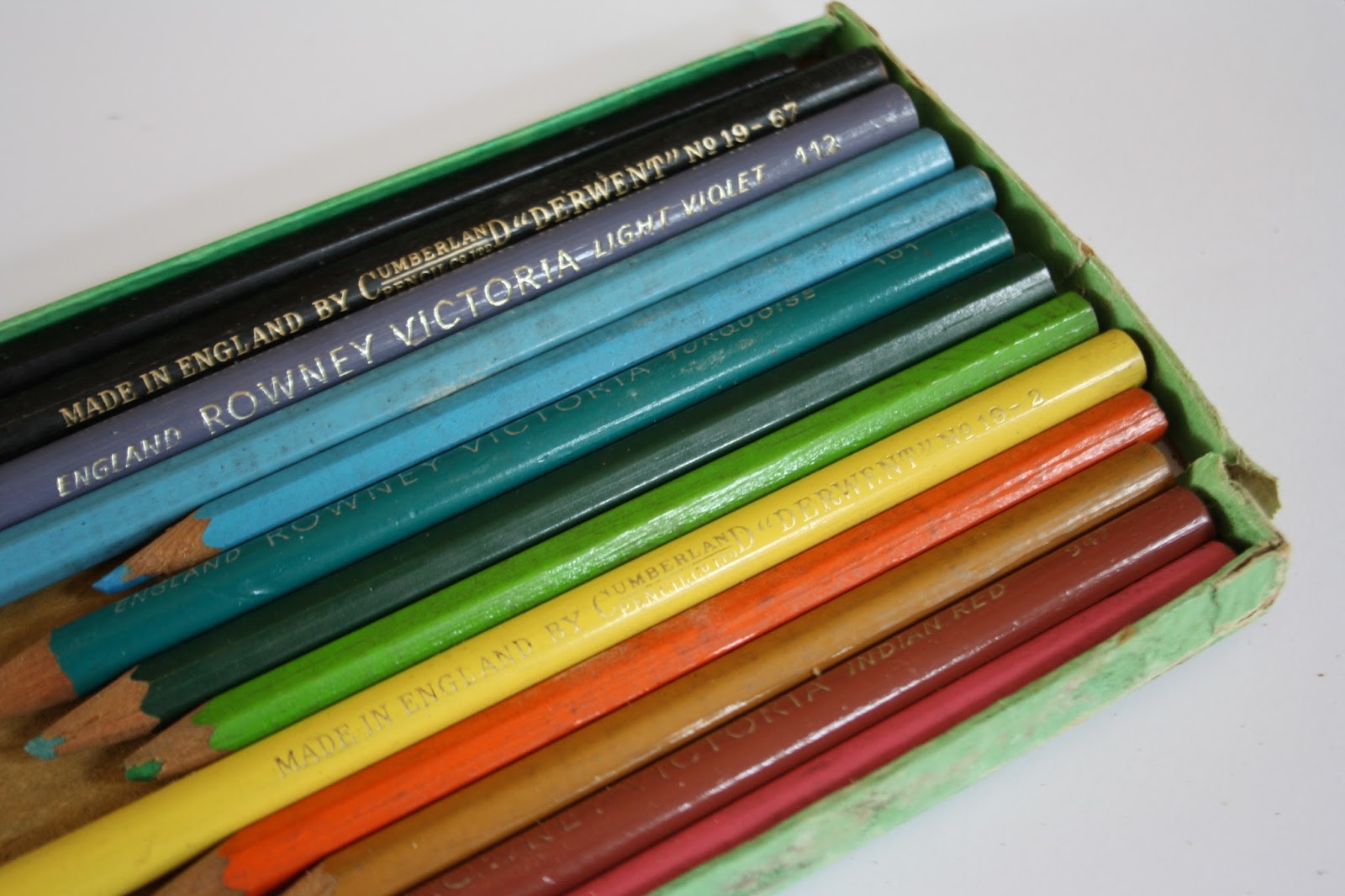 We found many other art materials in the box with these, including lots of watercolour pencils, with which the children have enjoyed experimenting. But what makes this old box particularly special to us is their lineage. John's father was a talented artist who, after attending art college, worked as a designer for a company which made carpets. If he was working now, we'd probably call him a graphic designer. John also has a natural skill for drawing although he'd tell you otherwise. But as, sadly, John's father died long before I met him, the children and I don't have many direct links to him. I like to imagine that he first used this box of pencils, and then John did, and now the grandchildren he never knew can enjoy them too.
Posted by Gillian Roe at Saturday, March 08, 2014