There is something about March which makes me start tinkering with the house; looking at rooms anew and finding ways to refresh them, or improving corners I don't like, just generally pottering and creating. 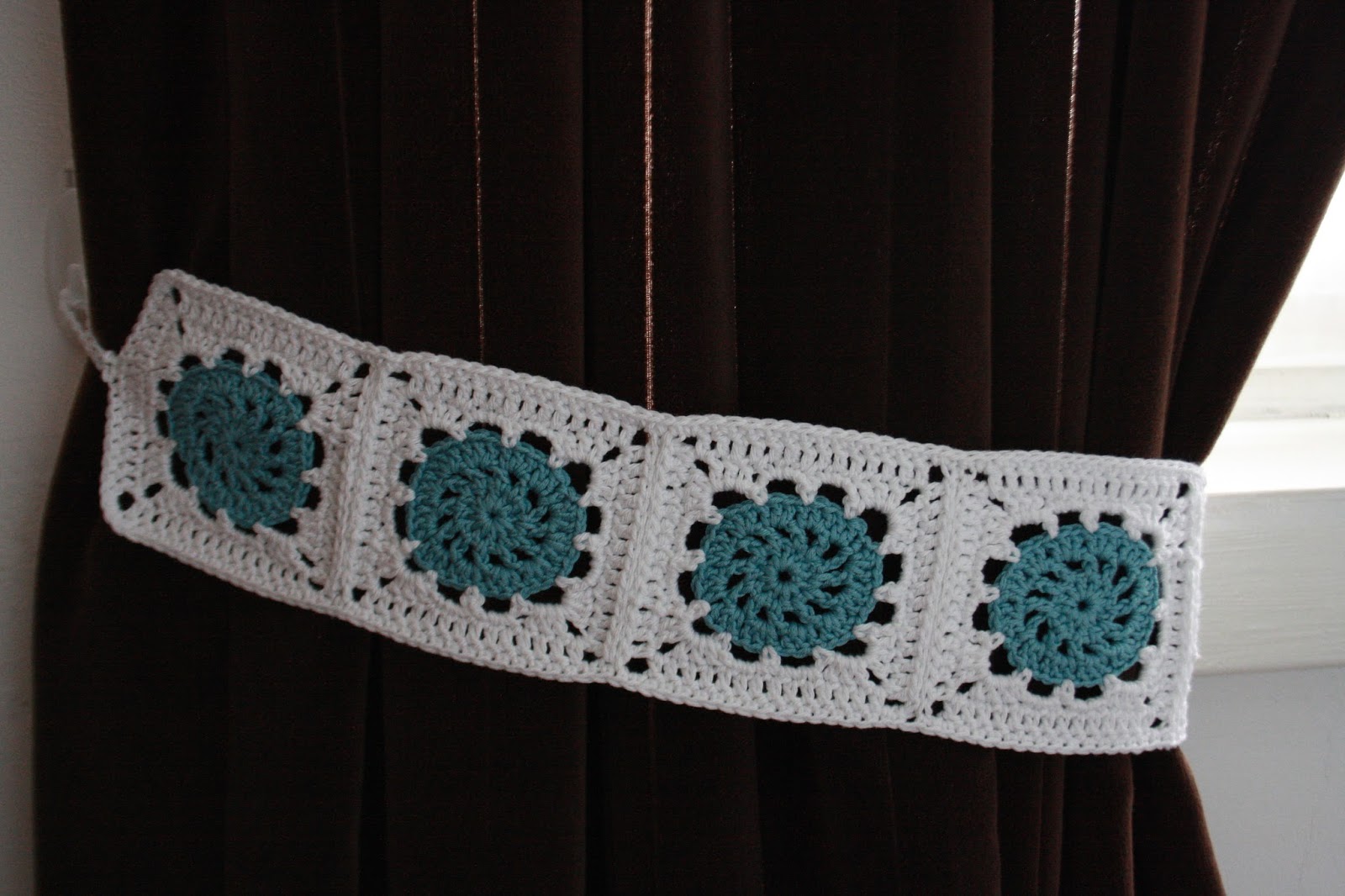 This is the window in our bedroom. We bought the curtains from Habitat in 2005 the day after we moved in; there were no curtains in the entire house and we bought a load of ready made ones in a hurry. I don't much like them but they are warm and block out all the light which, when it comes down to it, is all you really need from curtains, and that's why they've stayed there for the last eight years on that curtain pole (which I also dislike). 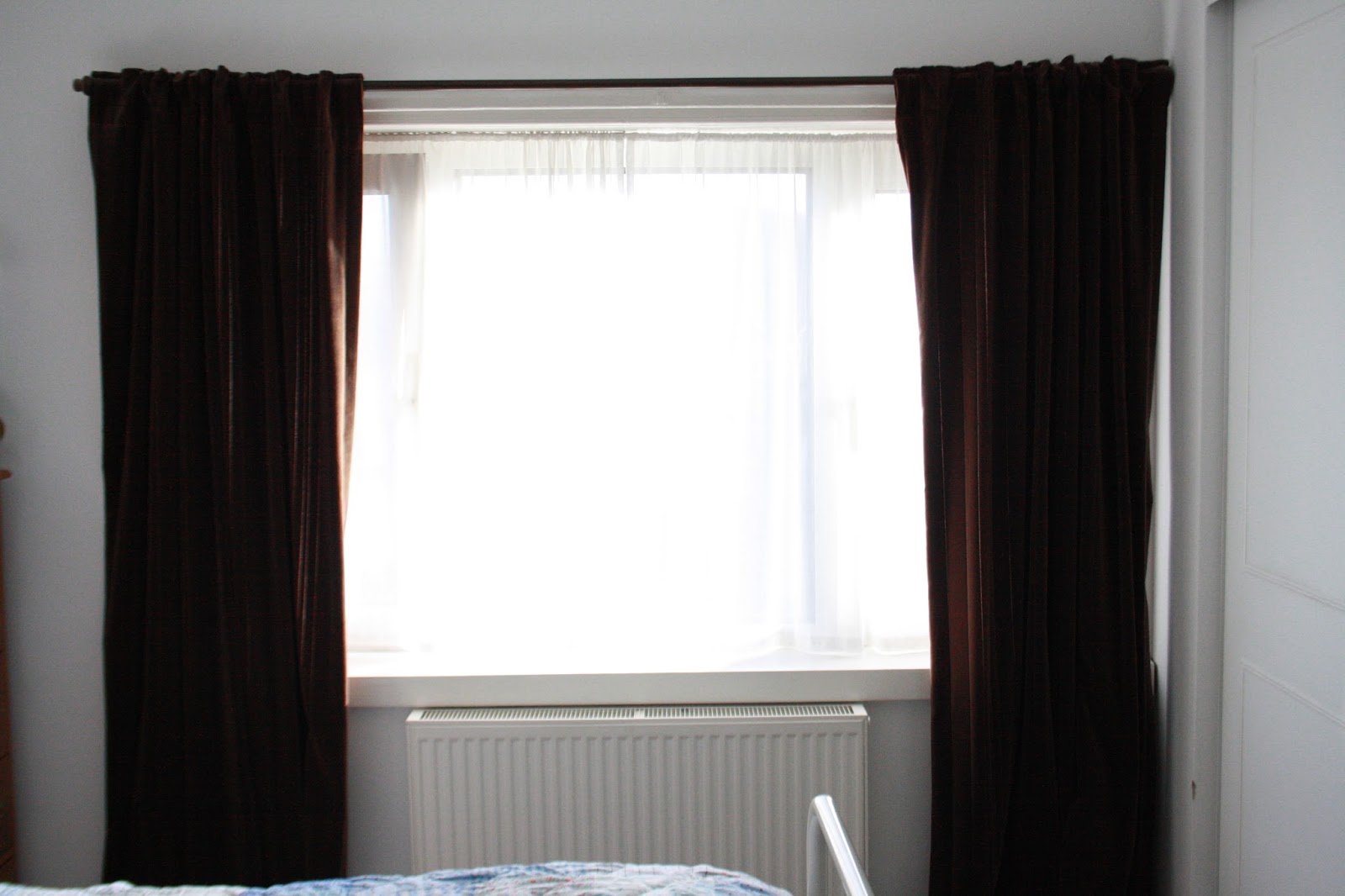 New curtains or a blind would be nice in the future, but in the mean time I have yarn. I showed you this square on Sunday. I've been working on these for the last week, crocheting up two or three a night. 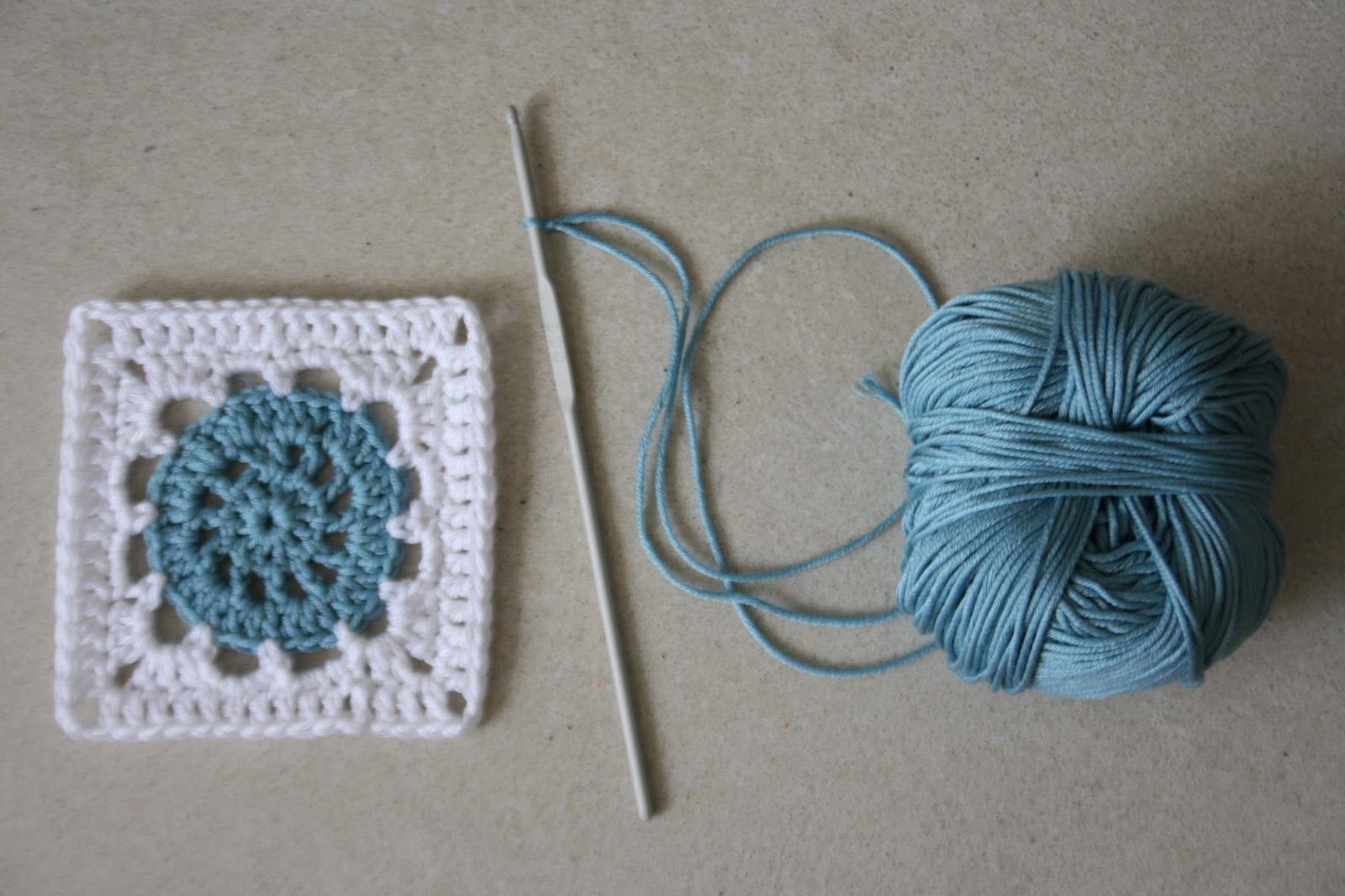 I believe it is in the rules that, when making granny squares, you must arrange them in various different patterns and piles, just because. 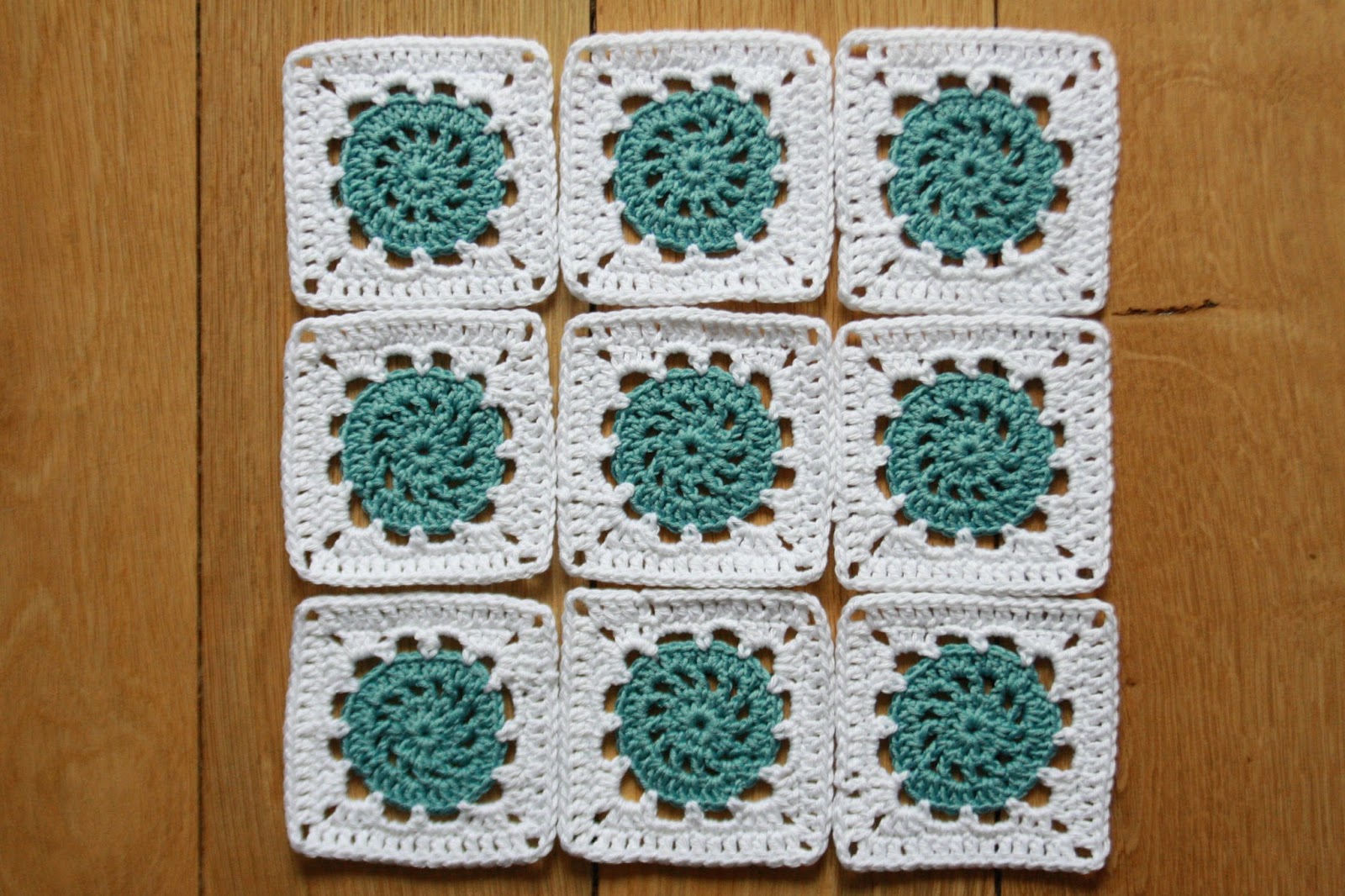 But I had an idea to make some strips with which to tie back the curtains, and so I settled on two rows of six. 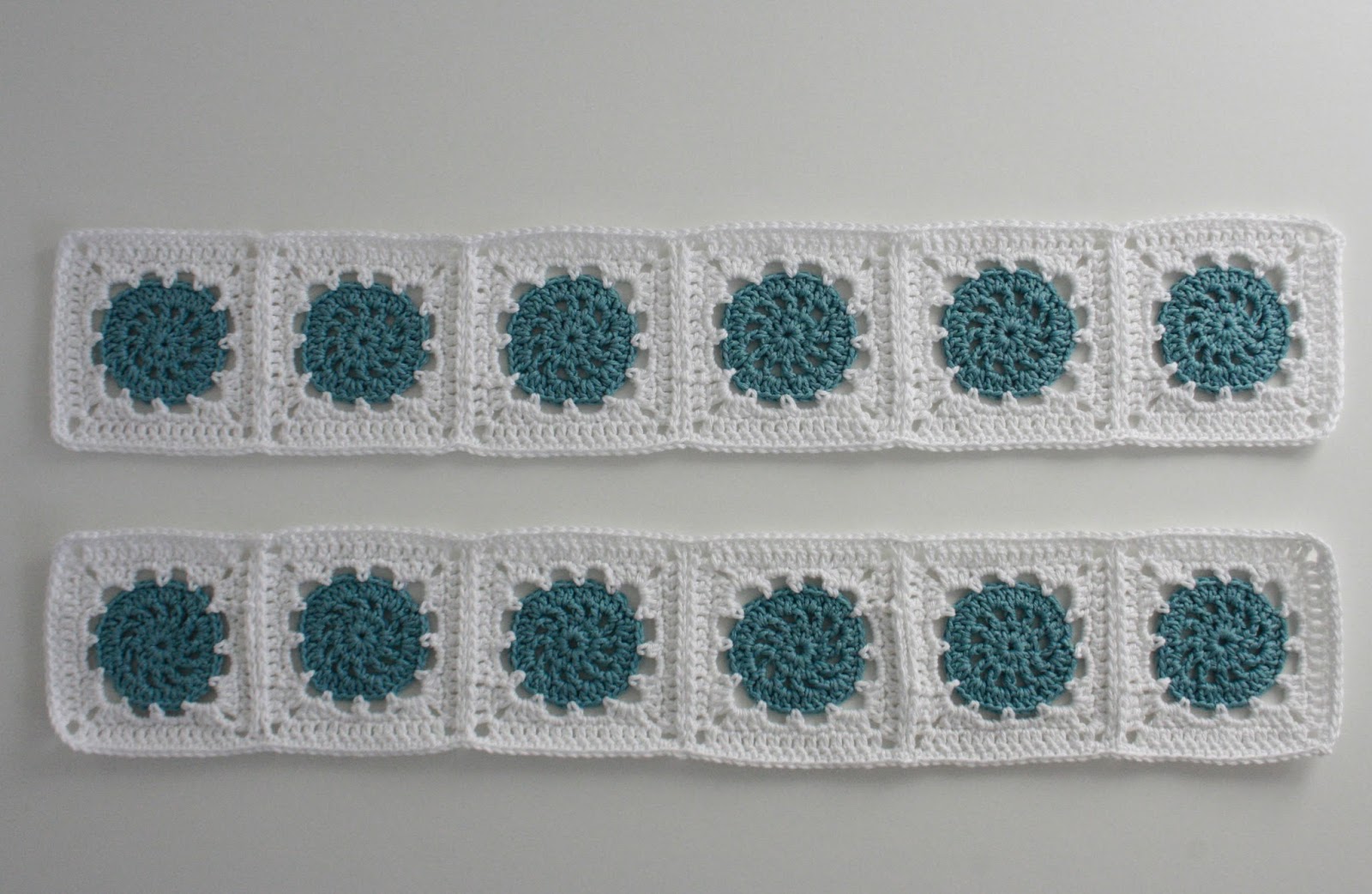 I blocked them, sewed them together and added a double crochet border. Using a strip of chain stitches, I created loops to attach the crocheted strips to the hooks. The shorter loop faces into the room and the longer one is behind the curtain, so that most of the granny squares were seen in the room, not hidden from view. 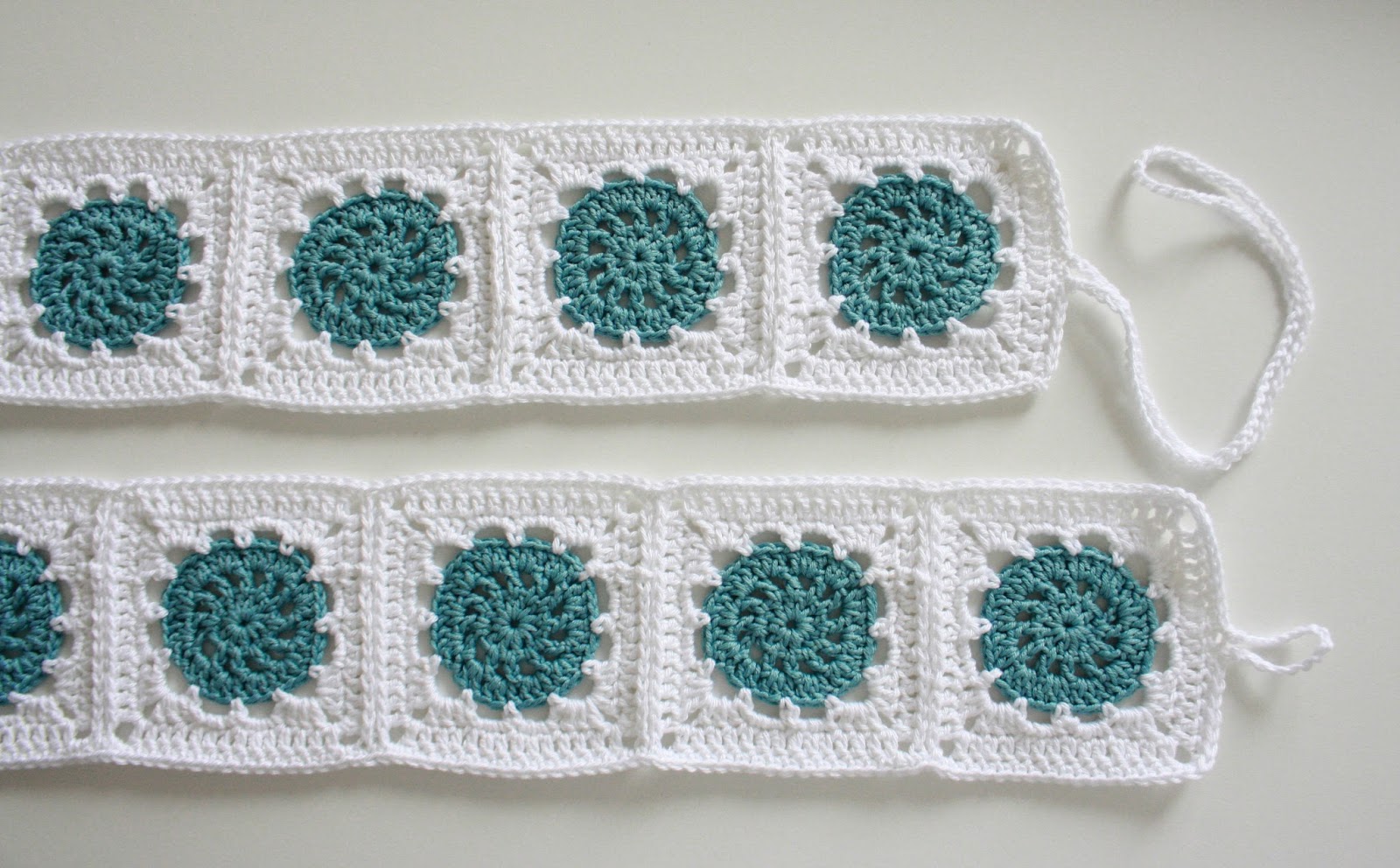 I used these stick on hooks which I bought in B&Q. I use the smaller ones a lot for things like fairy lights or bunting, but thought I'd try these larger ones since they aren't holding any weight, and I didn't have to pester John to get the tool box out, even better. Get me, all independent with my stick on hooks! 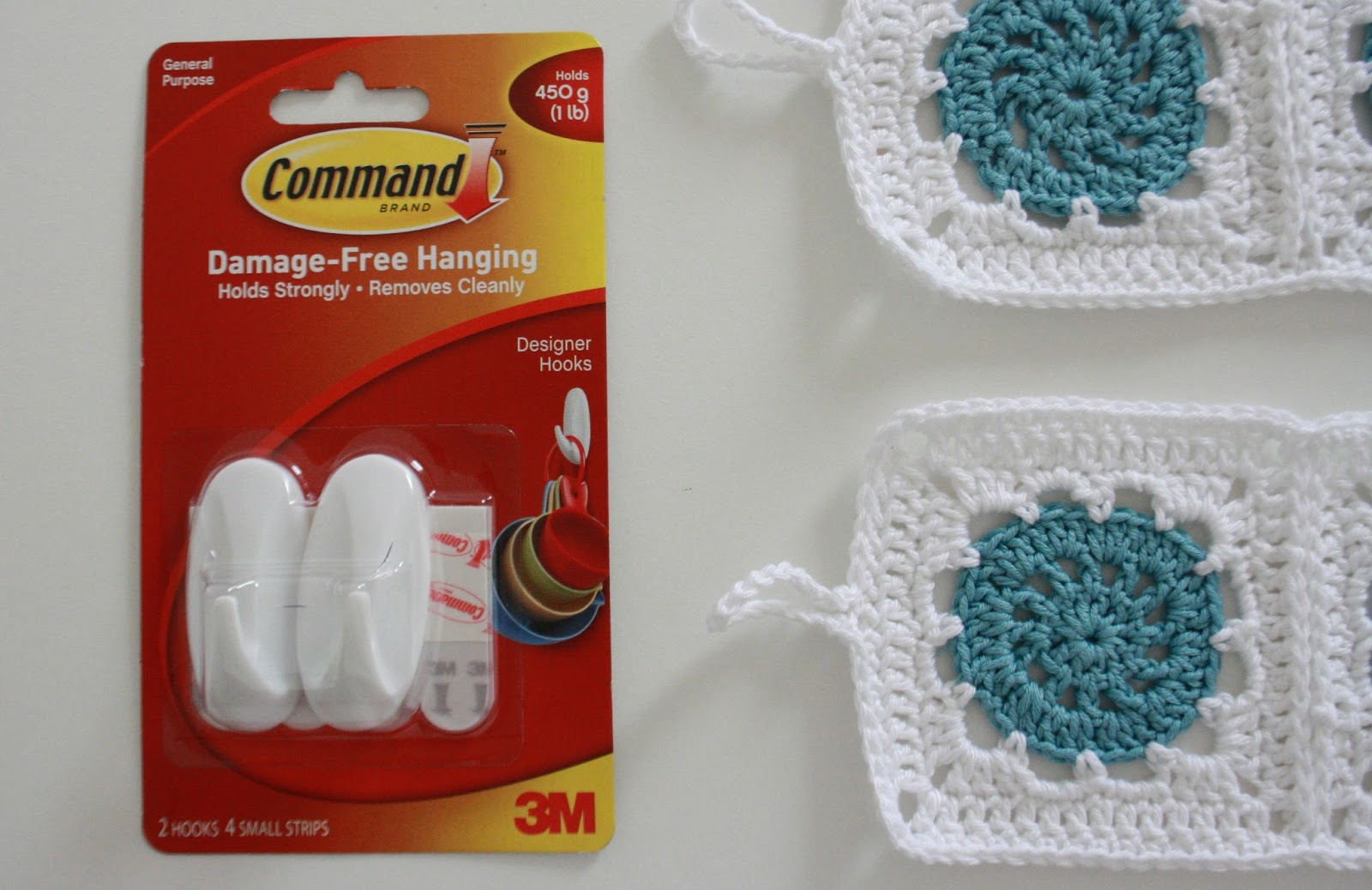 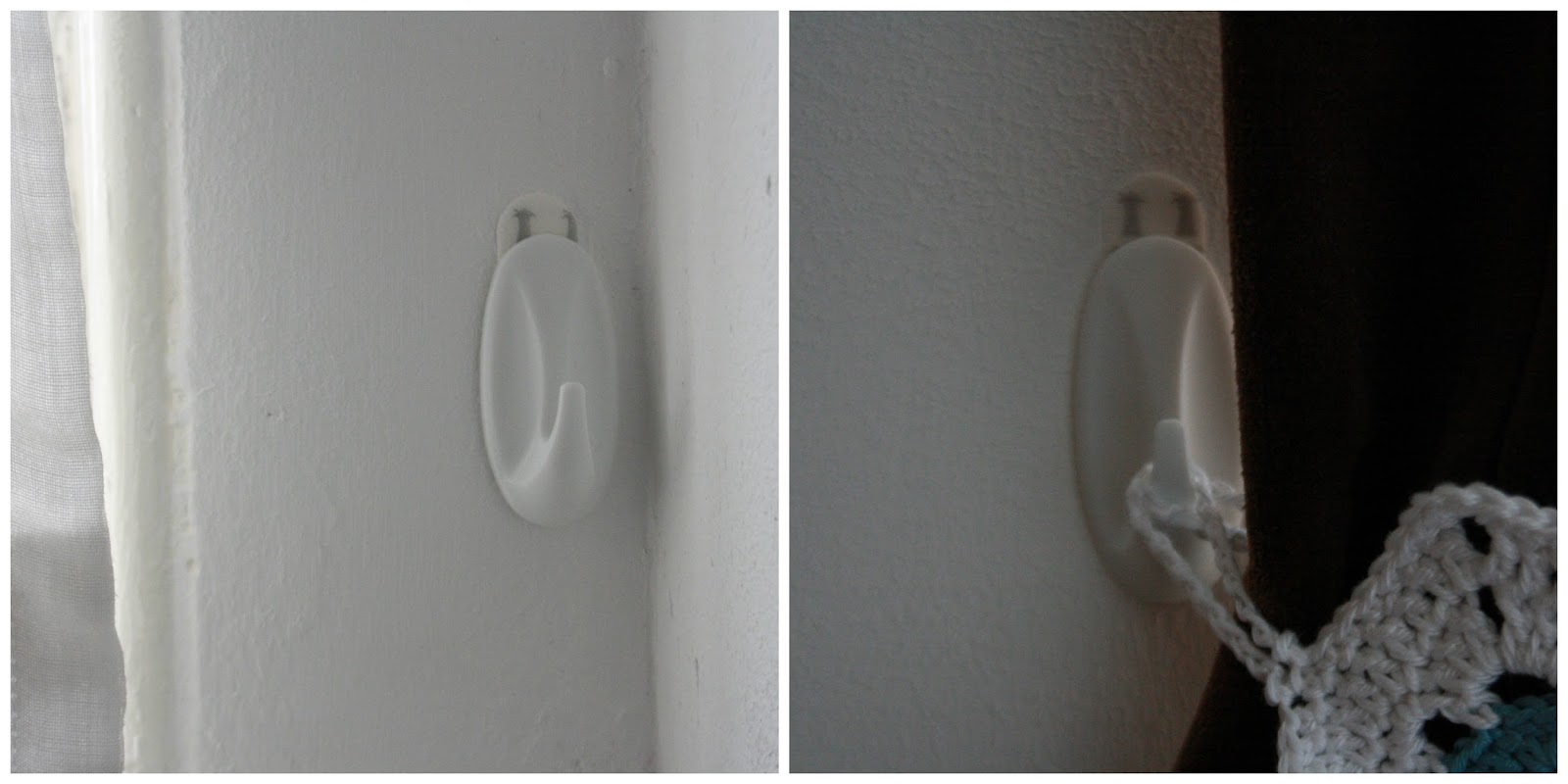 Here's the window now. Not a massive difference, granted, but the curtains have a little more shape and detail than they did before, and a little homemade love. 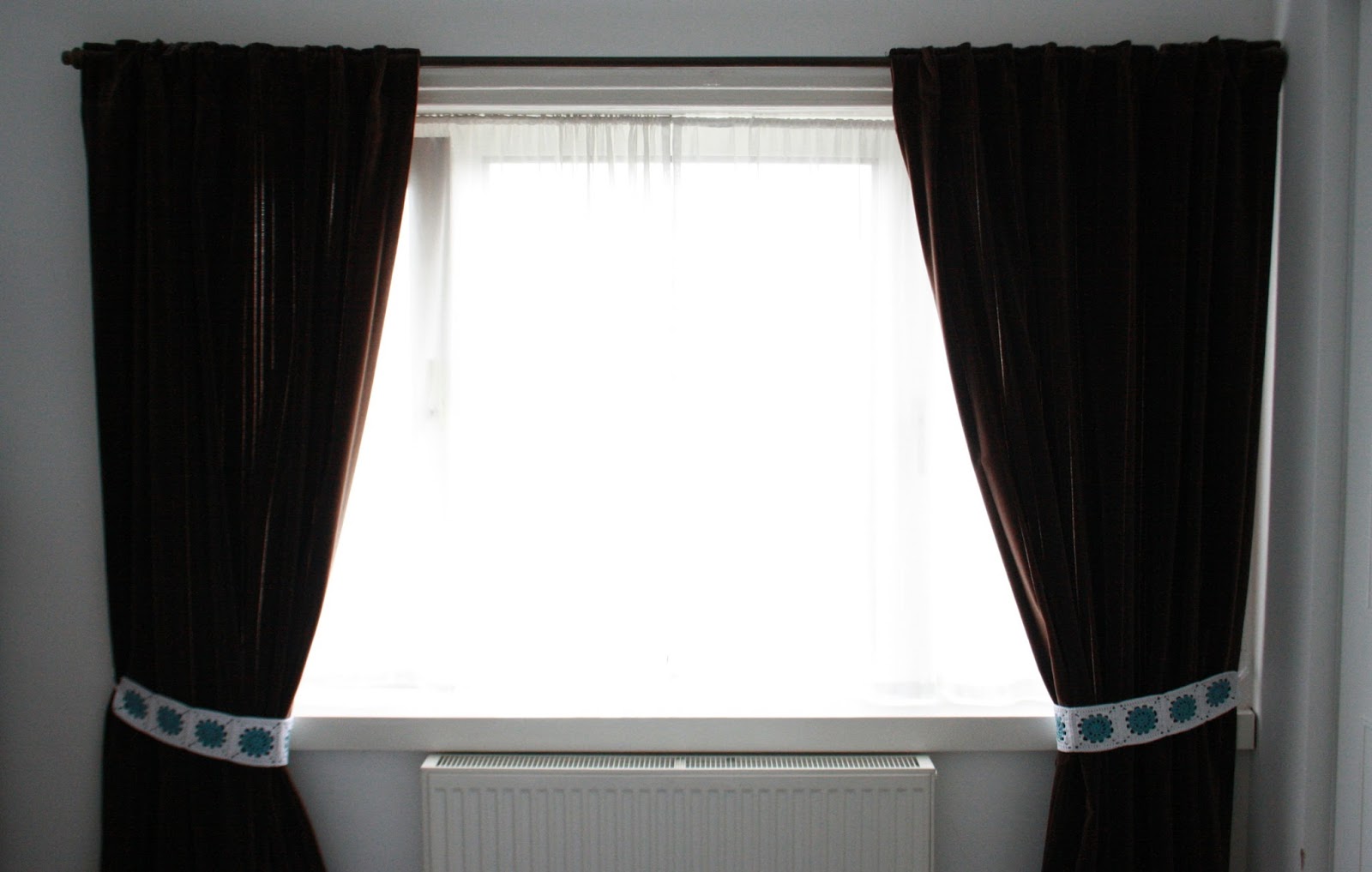 I love the pattern. I've got a thing about circles-within-squares at the moment. It's from Susan Pinner's book Granny Squares and I used RICO essentials cotton DK yarn with a 3 mm hook. It was my first time with this yarn and I like it a lot, it has a subtle sheen to it and the depth of colour is nice and strong. 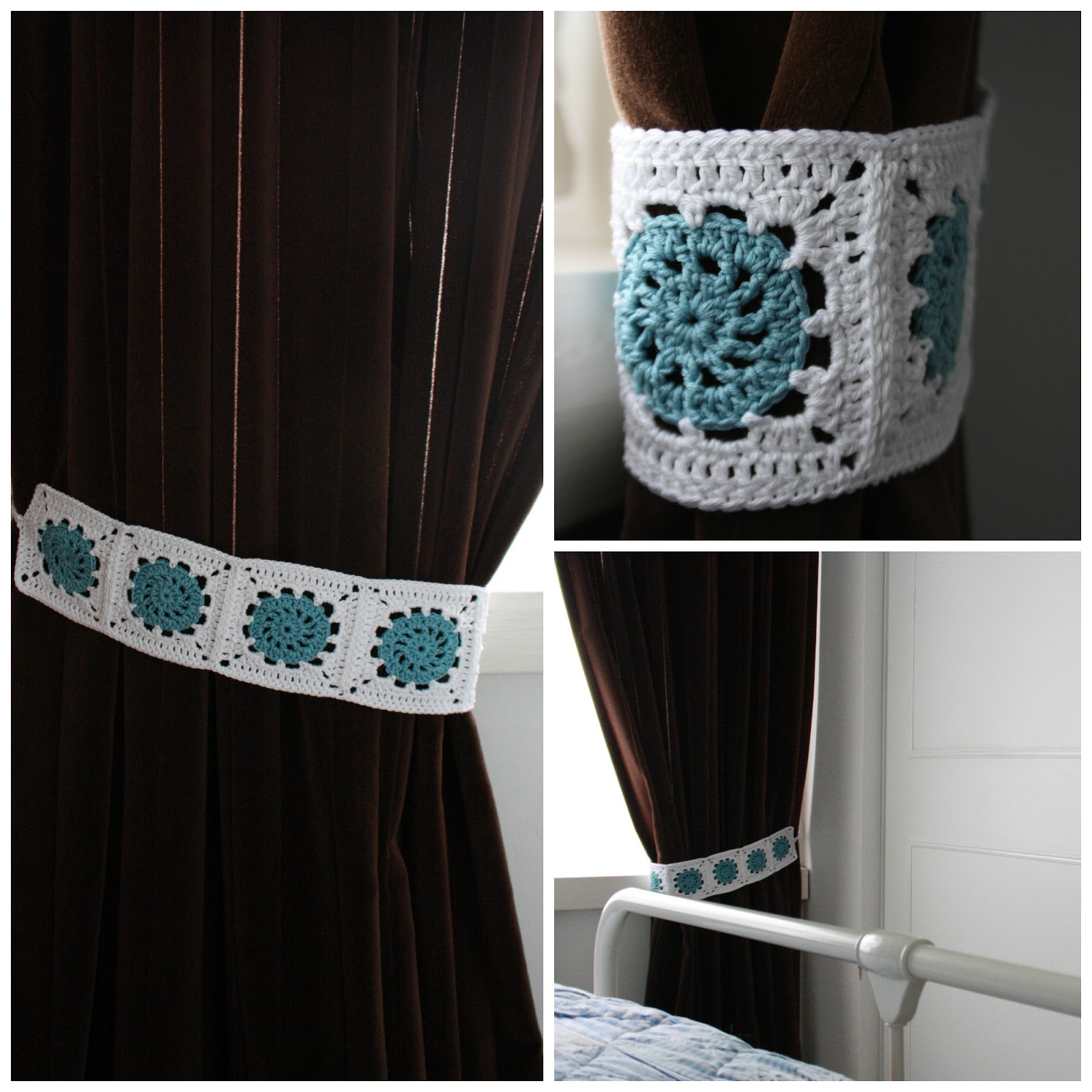 I also finally got round to hanging this map print, bought from Tynemouth Market last year. Isn't it funny, just a print and a plant and two strips of crochet and I feel like the bedroom has a new lease of life. 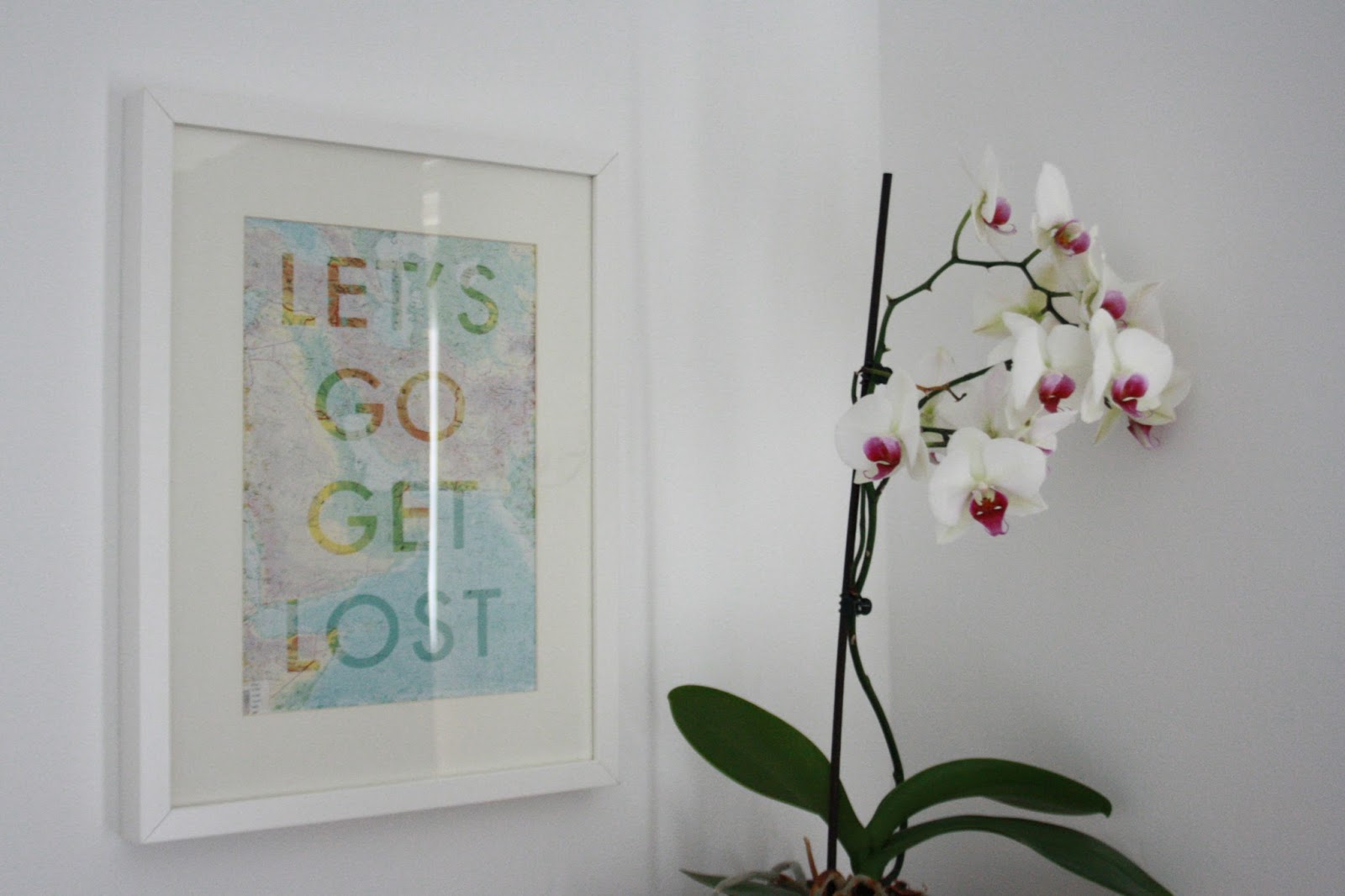 I am happy with my tie-backs; the pattern is decorative enough without being overly fussy and feminine, and the blue and white pick out the same colours in other parts of the room, but without being too matchy-matchy, I hope. 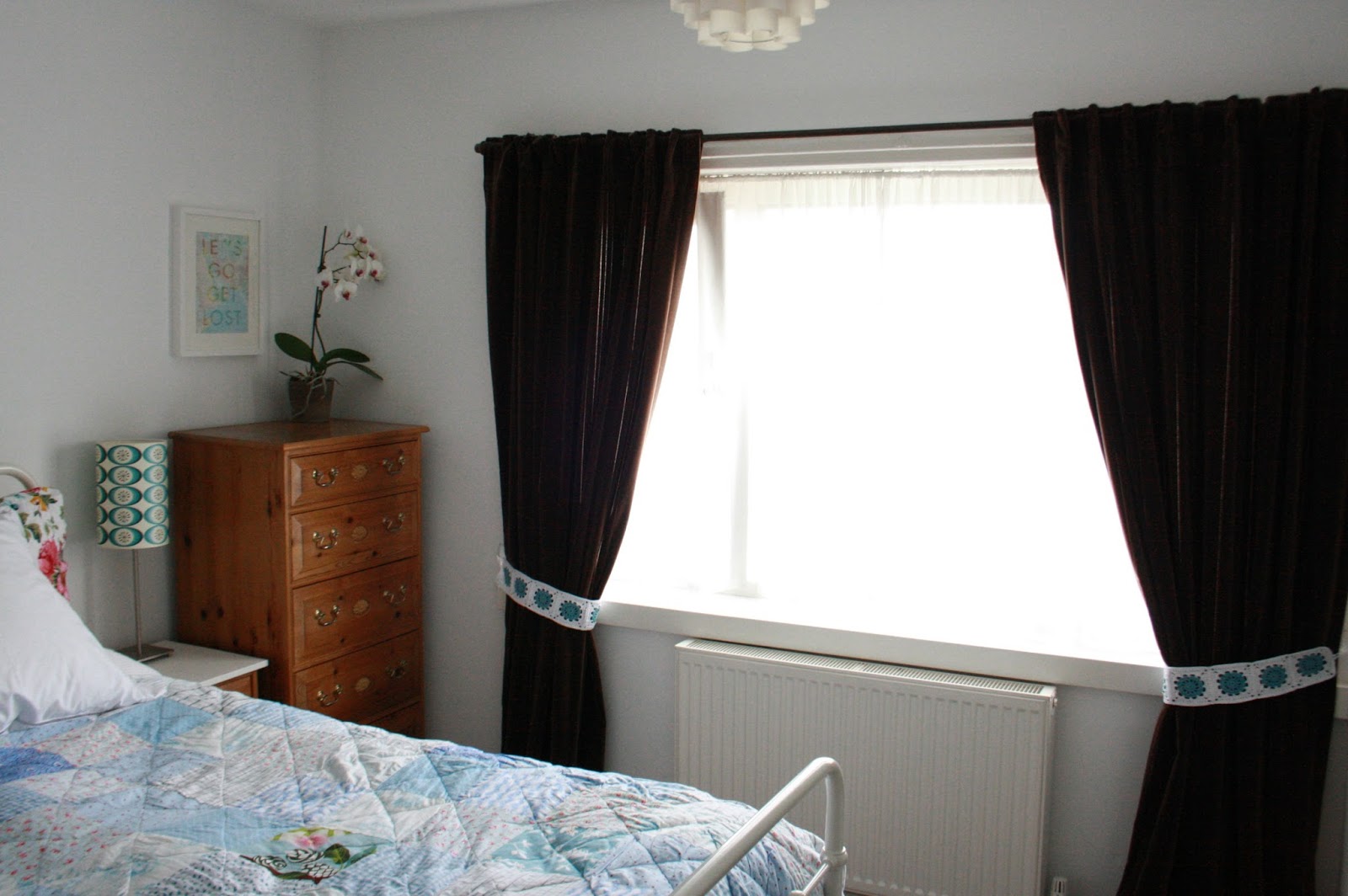 So, crochet. It's not just cushions and blankets. It can be curtain tie-backs, table runners, place mats, coasters. It's such a versatile craft and so well suited to things for the home, which I think is why I enjoy it so much.

I have an idea for a table runner, in cotton again, but I'd probably need to make it at least 6 squares wide by, say 30 long...which, at 180 squares, feels a bit too much like making a blanket (and I've already got one of those on the go) so maybe I'll just stick to my tie-backs for now.
Posted by Gillian Roe at Wednesday, March 05, 2014