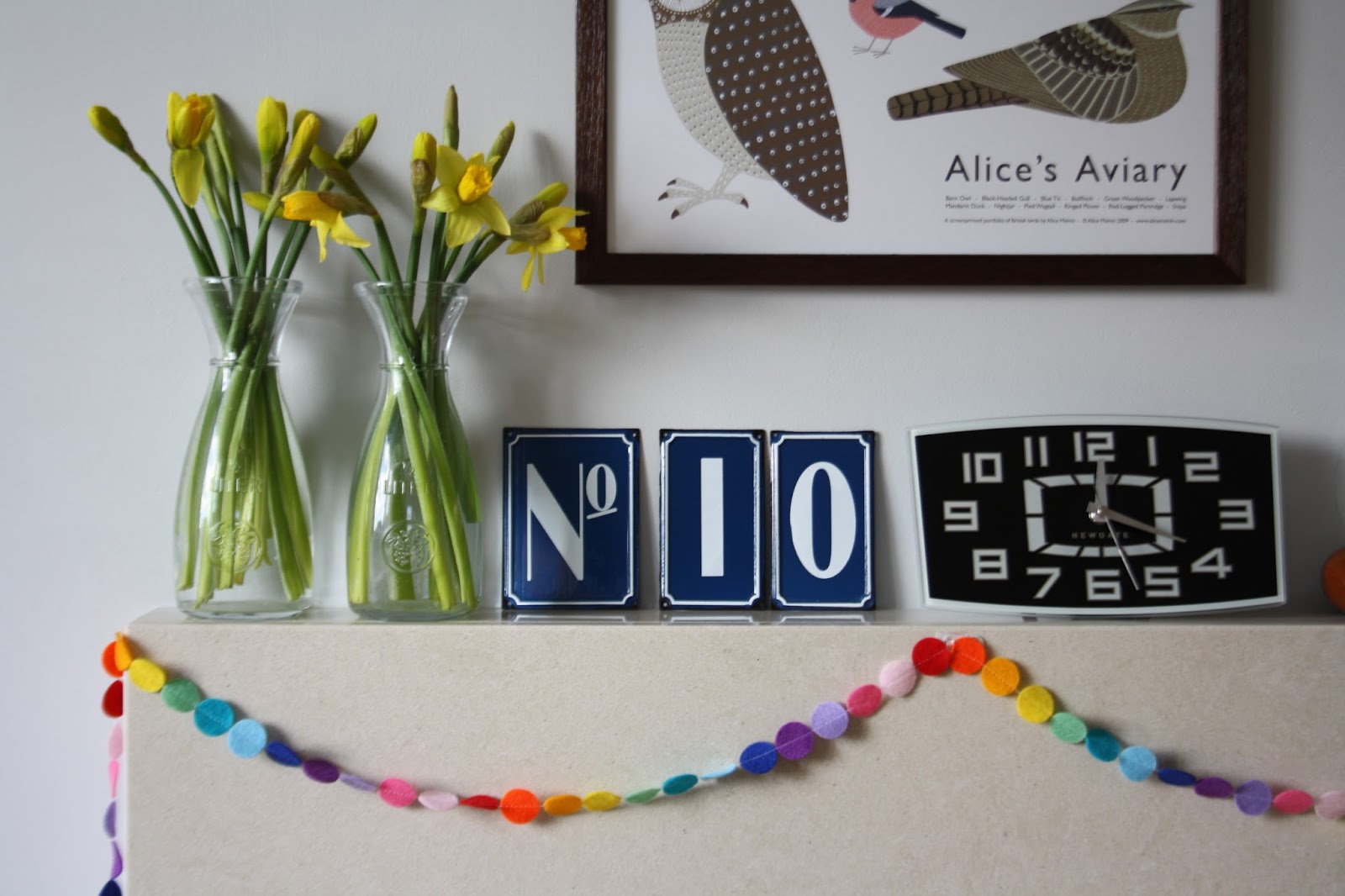 On the mantle this week: daffodils and some new French style house signs, from here. I love the contrast between the yellow and blue and they way they pick out those colours in my rainbow garland. I appear to buy a bunch of daffodils every week at the moment. Well, they are only £1 and I don't feel too guilty about that kind of purchase, they really are the happiest-looking flower. 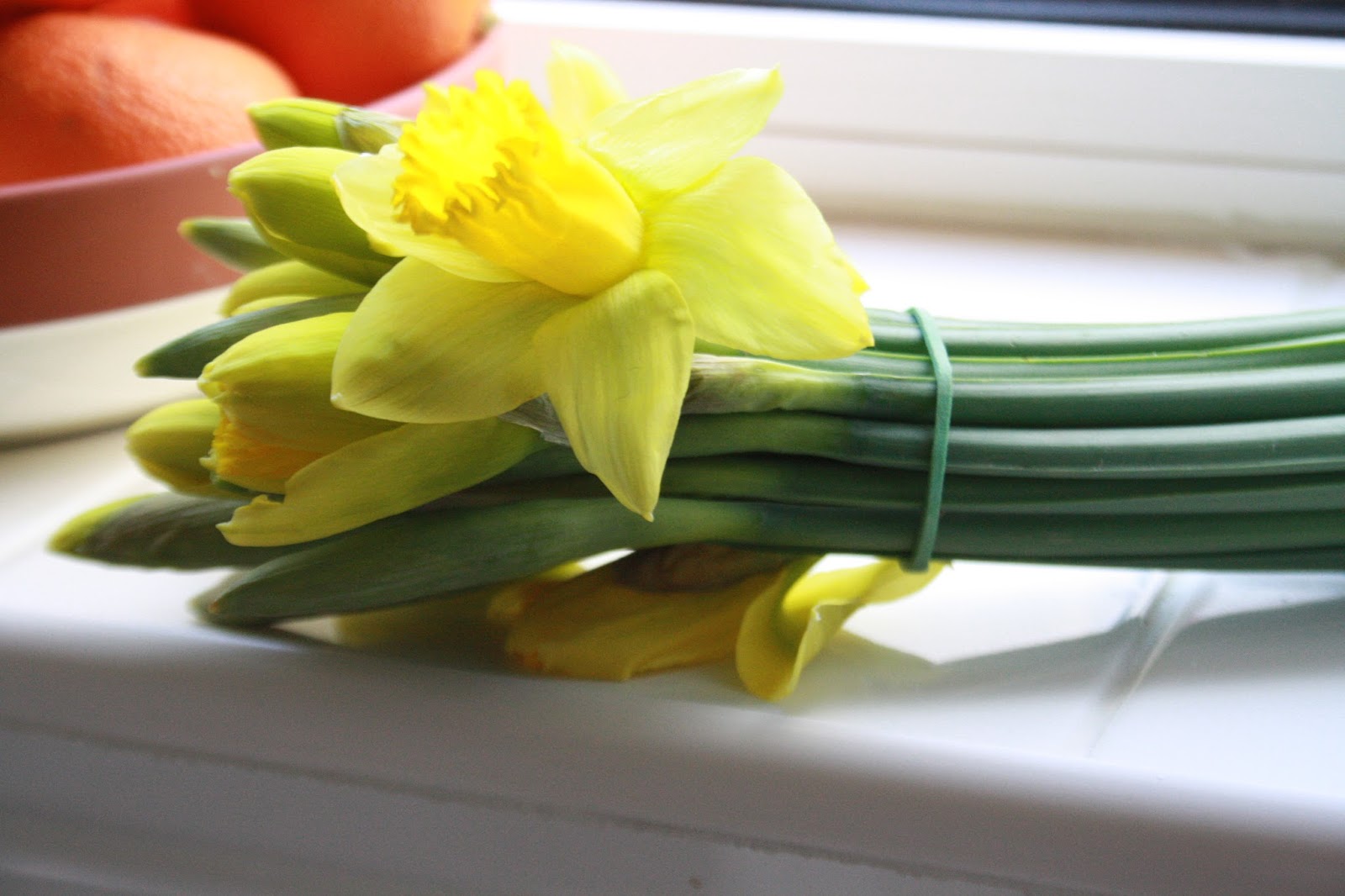 It occurred to me that I do spend a lot of time fiddling around with our mantle piece, changing displays and arrangements, making it seasonal. Pottering. It is a pleasing blank canvas; a pale marble surround against a grey wall. Some might find it boring but I like the way anything can go there.

A quick look back through my old photos revealed lots of images of this mantle at different times of the year. Pinks, greens and bulbs in the Spring. 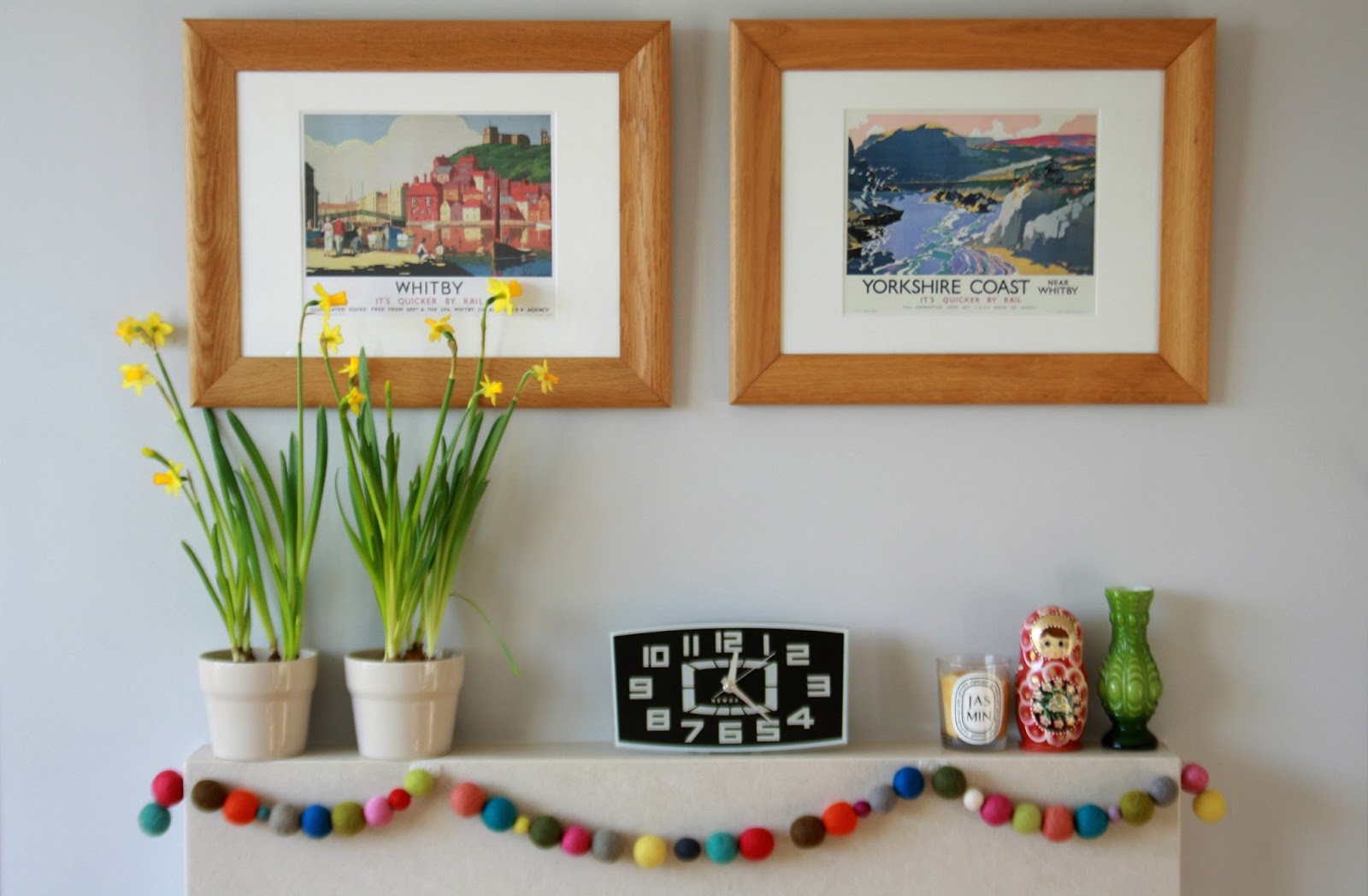 Stocks and some favourite souvenirs from Copenhagen in the Summer. 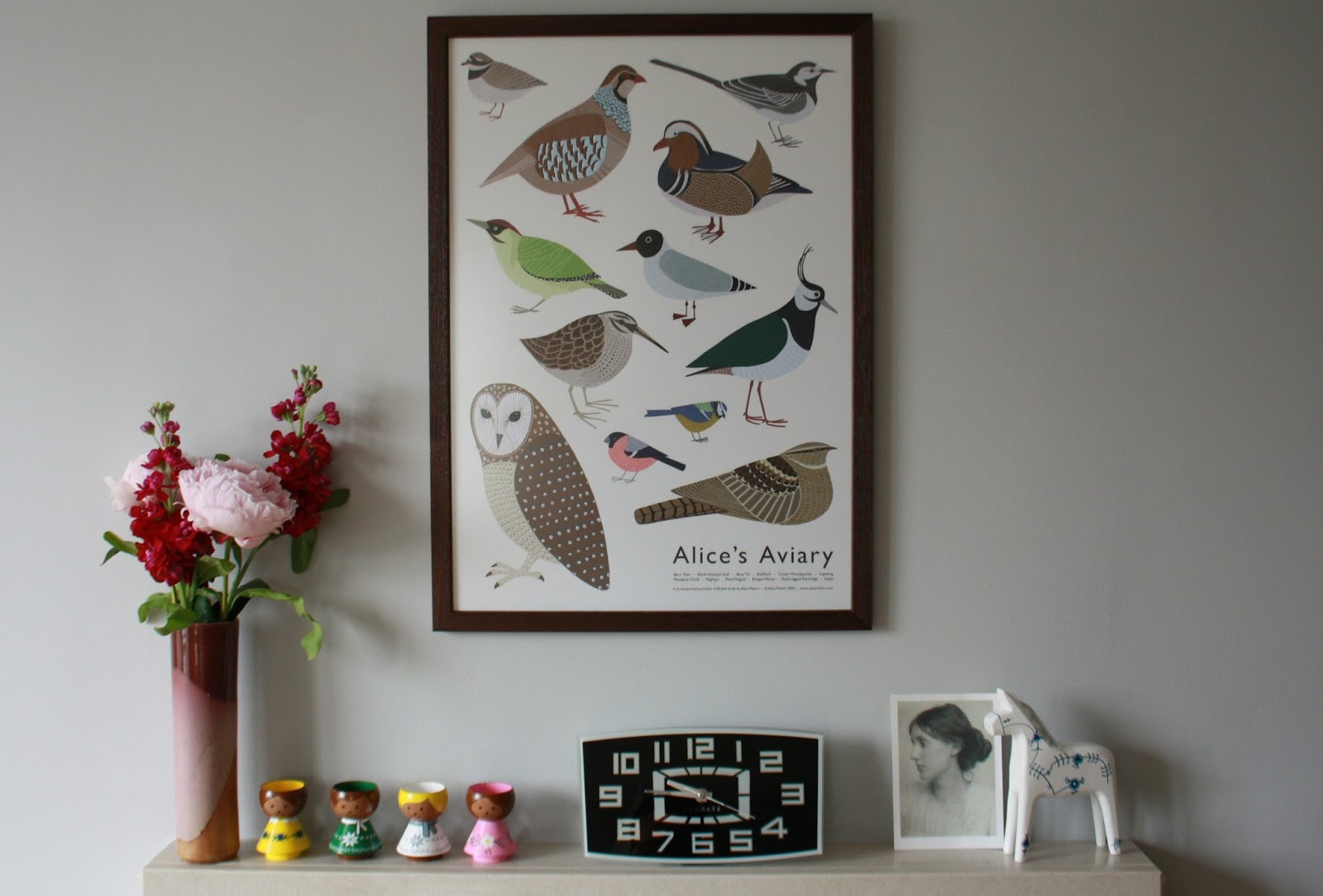 Dried hydrangeas, seed heads and candles in the Autumn. 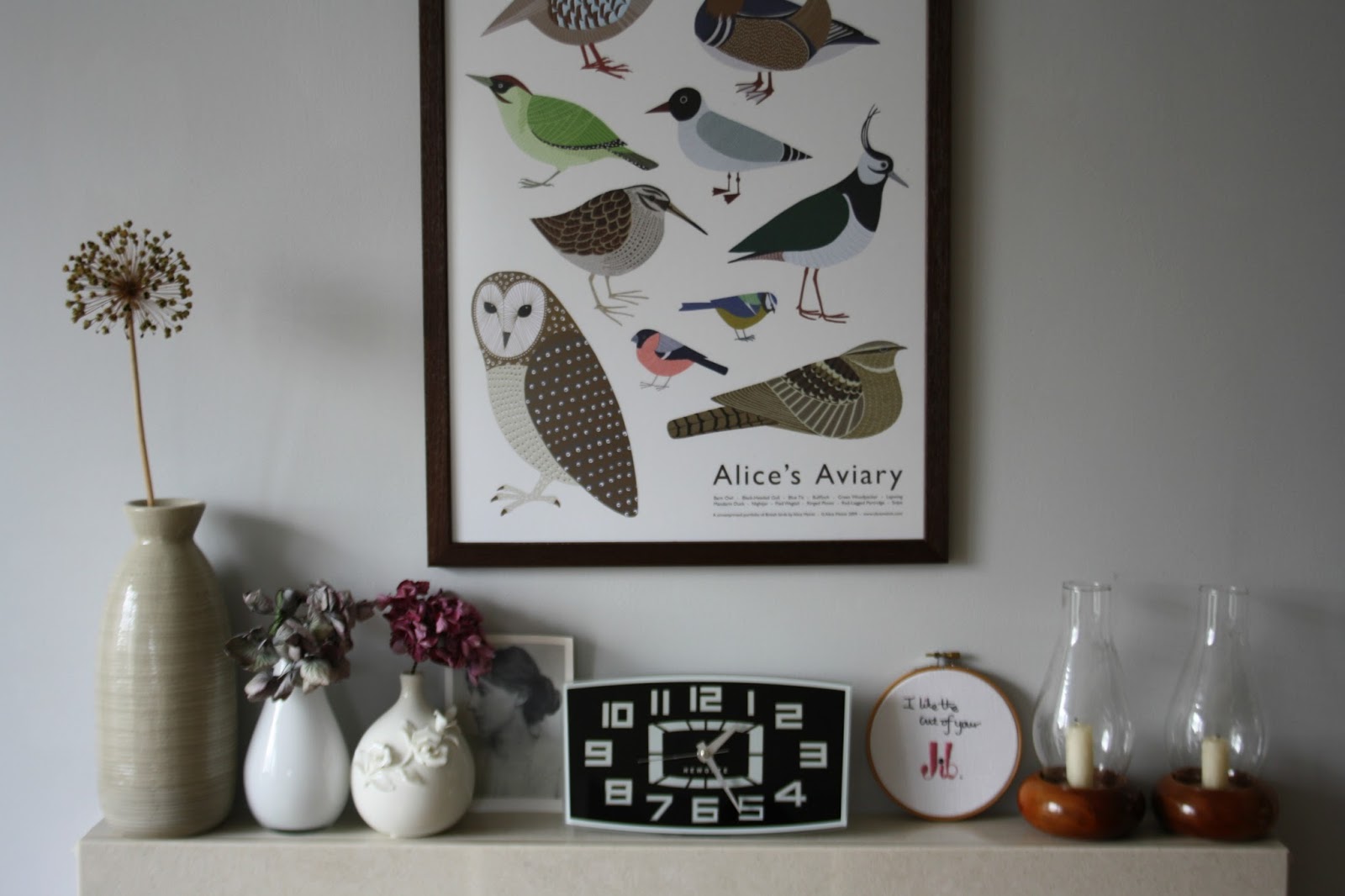 And pieces of fir tree with stockings and stars at Christmas. 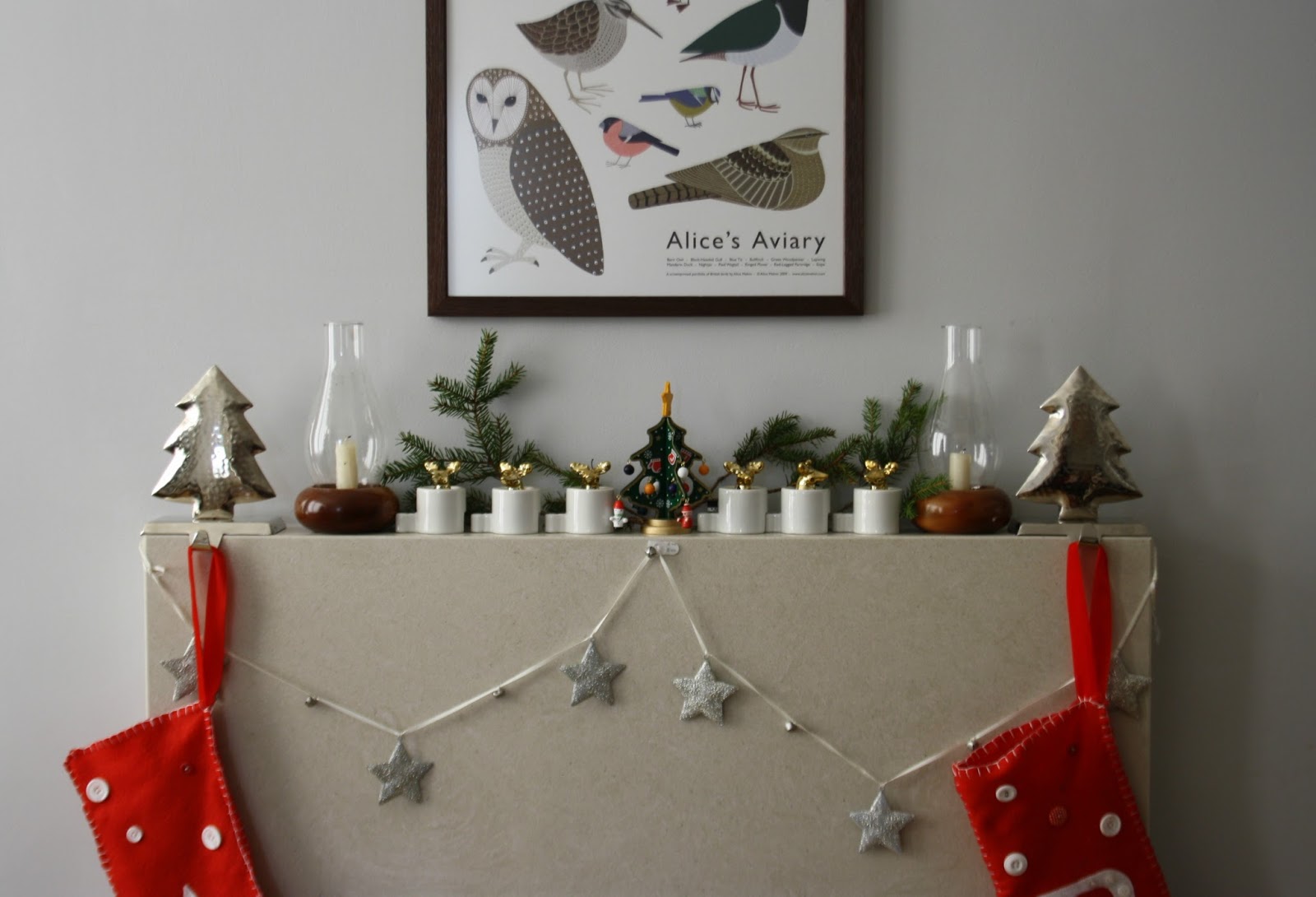 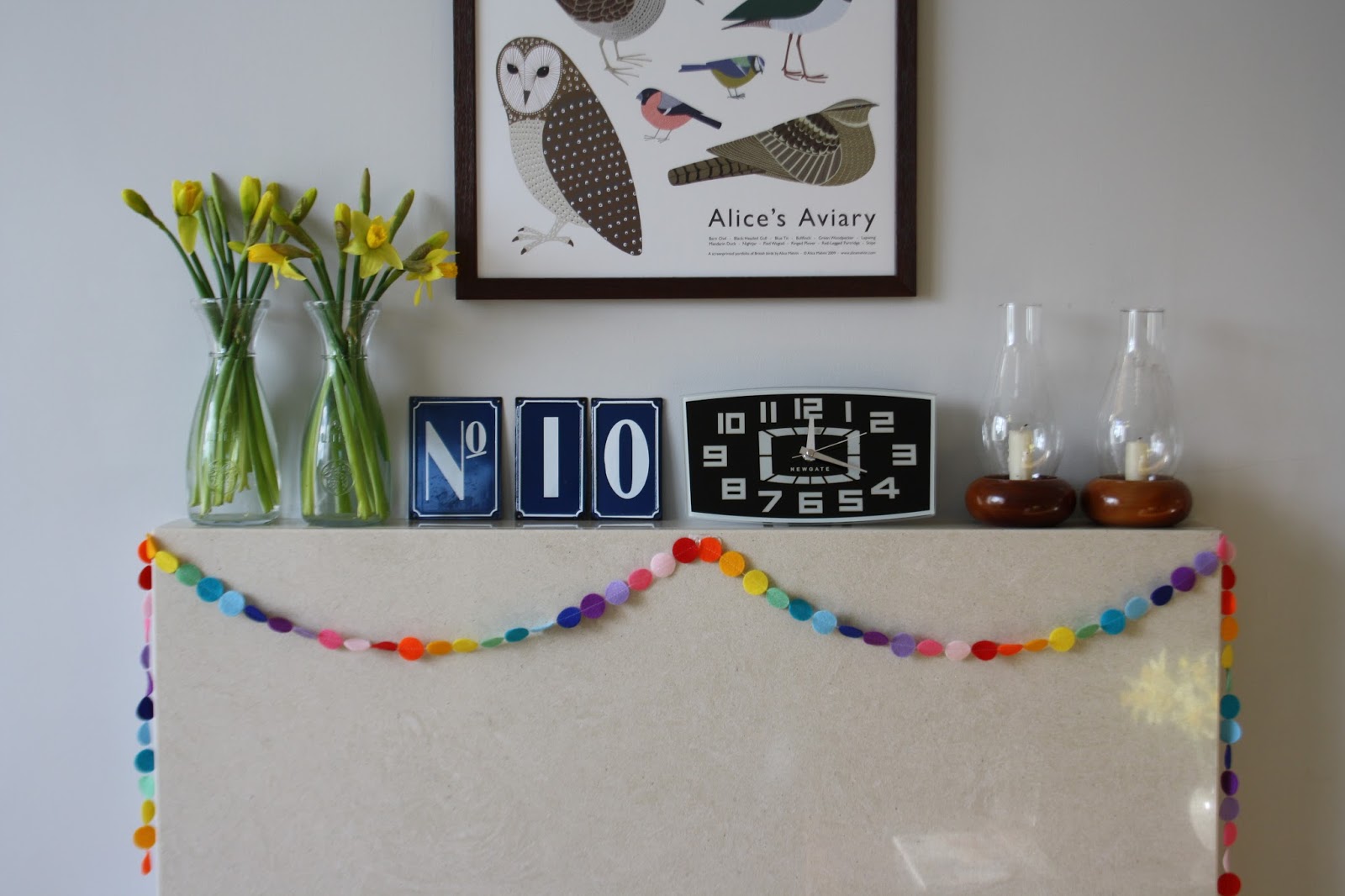 It's a constantly evolving display - artworks change, garlands come and go, favourite ornaments and objects are often up there for a week then moved again. It's where I prop new postcards or cards received through the post, or pictures the children have drawn. They sit up there to be admired until they move on to a more permanent home. If I need to photograph something for the blog I often clear a few bits from the mantle and place it here. The plain wall provides a good backdrop and the large south-facing window to the left of the fireplace gives good light on even the gloomiest days.

I like tracking the seasons through my mantle piece. Do you have one? Is it an ever-changing display or honed to perfection? Or maybe not a mantle, but a favourite shelf, sideboard or table where you can create attractive displays and add some seasonal details. Fun, isn't it?