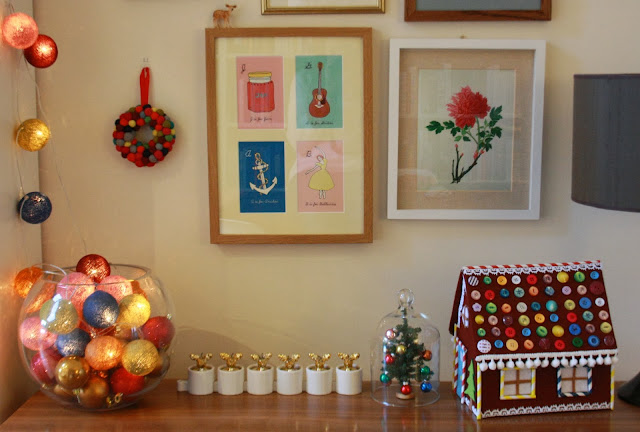 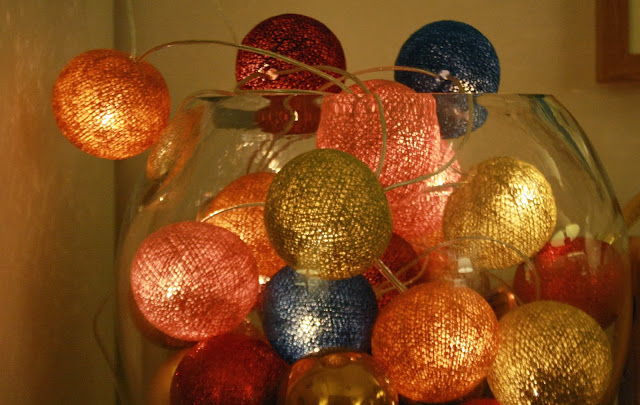 Subtitle: Fairy lights and cake do a happy woman make.

The weather today has been vile. We were woken this morning at 5 am by the sound of wind blowing and something hitting our roof. I feared broken tiles and expected to come down to a scene of devastation but thankfully everything is standing. Battered by high winds, but standing. This morning's gales and driving rain has now been replaced by freezing temperatures, a biting wind and the occasional shower of sleet. It's time to get cosy. 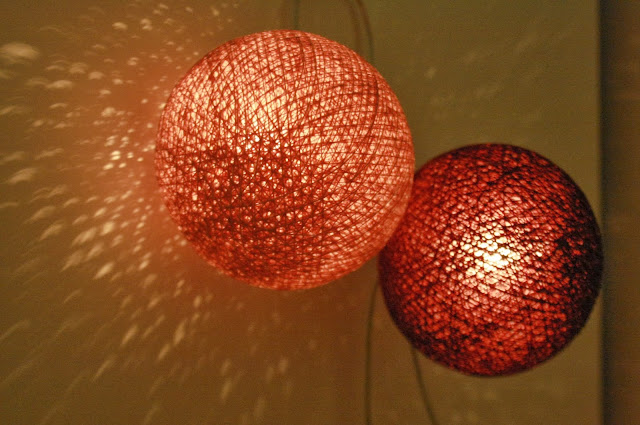 Thank goodness for fairy lights and cake. On Tuesday, I went to the post office to collect a parcel - a set of lights very kindly sent to me by Cable and Cotton, in Cinnamon. They are just lovely. I think it was luck that I received this particular set, but the colours are very me. You all know I love Cable and Cotton - we have a set I bought a couple of years ago in Devon hanging in our lounge and another in Bella's bedroom. I think their mix and match approach to colour is inspired, and that their lights look as good lit as unlit. 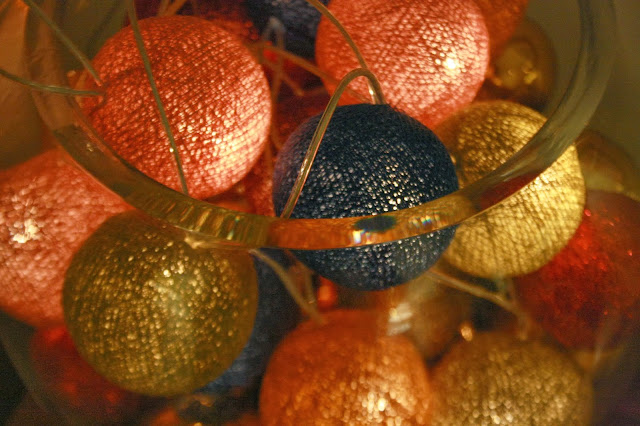 I couldn't think where to hang them at first and spent a happy time wandering around the house with them, draping them here and there over headboards, banisters and mantles. I decided in the end to display them in a glass globe-style vase which I half filled with baubles, then then piled in the lights. This works well as the lights reflect off the shiny surfaces of the baubles and vase, creating the impression that there are more in there than there really are. 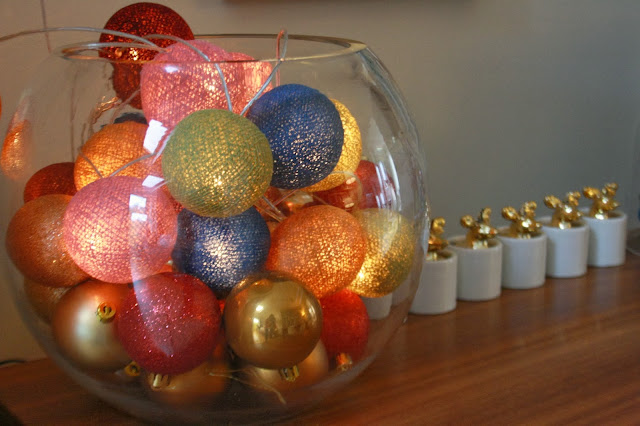 But the lights had to go somewhere where we spend a lot of time, where they could be appreciated: the dining room. We have a sideboard in this room which is more dumping ground than display space, and usually holds the radio, a laptop or two, sticker books, clutter and anything that you don't know where to put. You can see a horrible photo of it below. 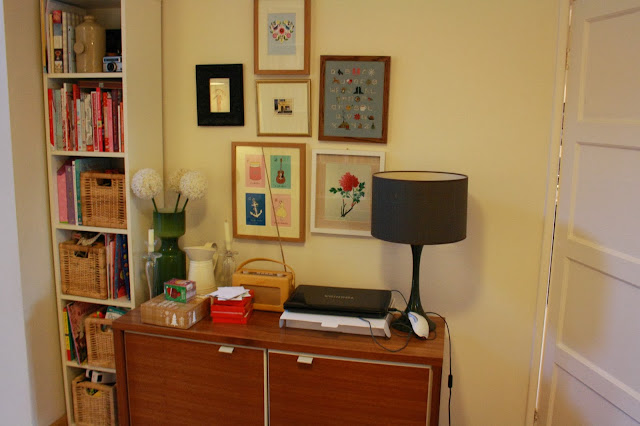 I decided to make it pretty and festive and added candles and some favourite Christmas decorations, things I never tire of looking at. It says to me "Christmas is coming" in a slightly camp and not very minimalist way, which makes me very happy indeed. 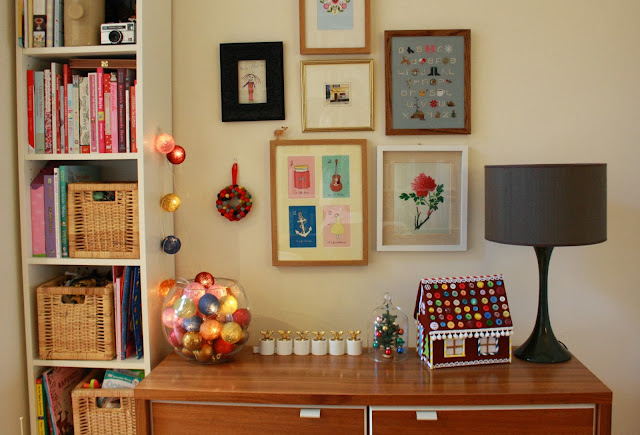 And, to be honest, when I hear the word "cinnamon", straight away I think "bake". I can't help it, it's like a reflex. 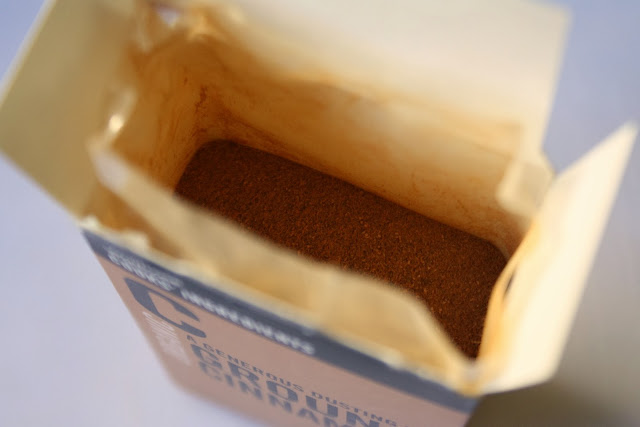 Cinnamon, cloves, ginger, nutmeg, allspice - they appear so often in recipes at this time of year. I think I used most of those spices in my Christmas cakes. 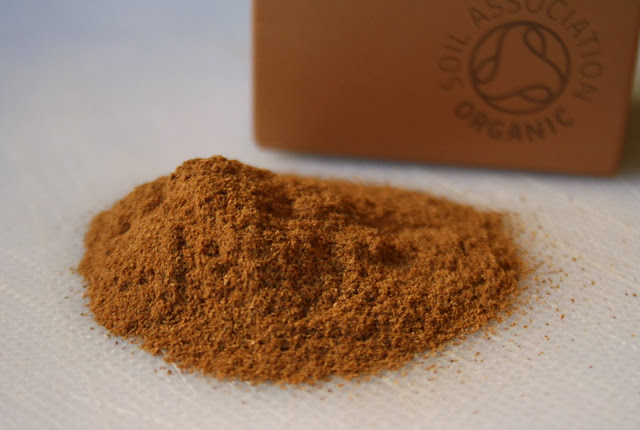 So, in honour of my new lights, and to chase away that rainy day, cooped up feeling, I made Gooey Cinnamon Squares from Deb Perelman's The Smitten Kitchen Cookbook. Don't be deceived by the photo - I know it just looks like a brown square, but this is a moist, sticky, crunchy-on-top piece of sweet cinnamon heaven. 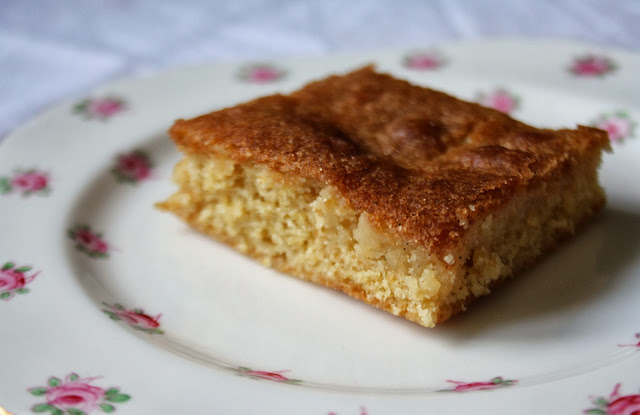 I've mainly tried the baking recipes from this book and have made this one about seven times. I feel like the book was worth buying for this recipe alone.*

And now it's dark so early, we can see how pretty the lights look in the evenings. 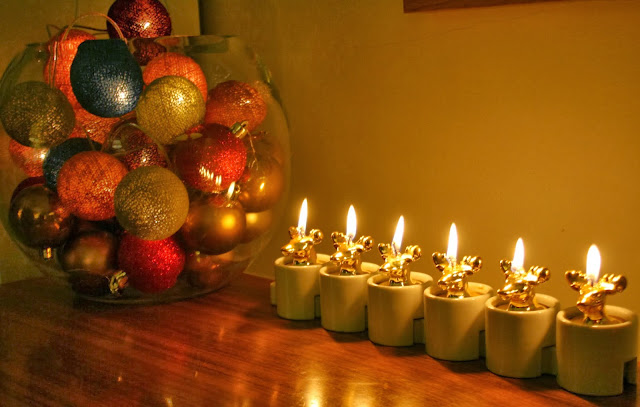 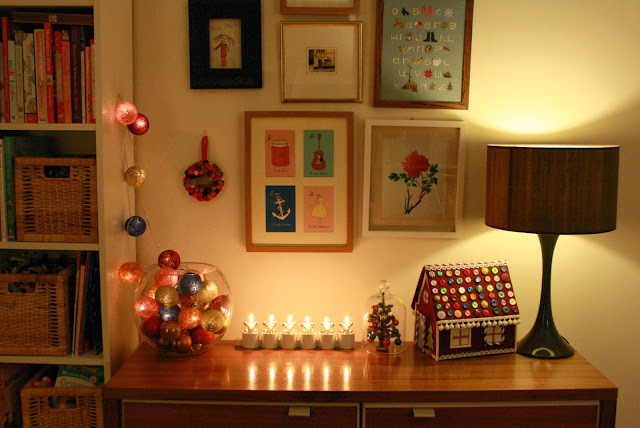 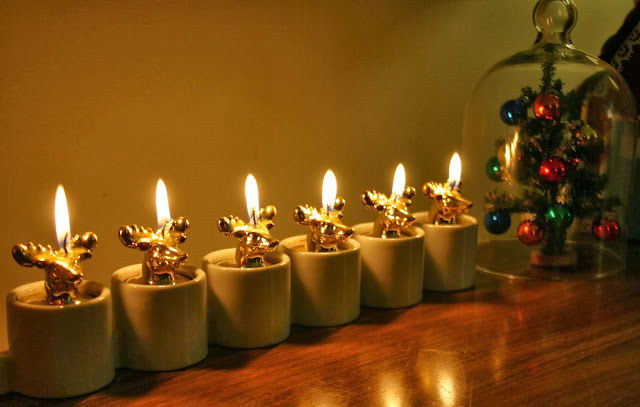 *There are many links to this recipe available online if you type "Gooey Cinnamon Squares" into a search engine but they are all the US version, ie. cups and ounces. If you want a UK version (in grams) I guess you have to buy the book.