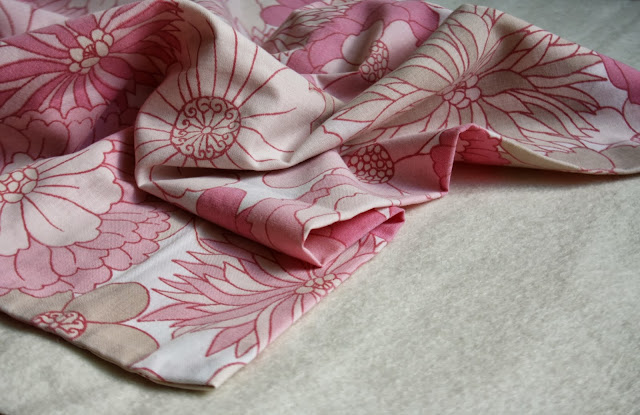 I saw this piece of fabric at a car boot sale back in September - a single duvet cover and two pillow cases, just tossed on a table, looking unloved and abandoned. I had the strongest feeling that I must buy it because there was something so familiar and comforting about both the colour and the pattern. Plus it cost one pound. That helped, if I'm honest. (Me: "How much do you want for this duvet set?" Woman, shrugging: "A pound?" Me, trying to play it cool: "Err....OK THEN!") I can't actually remember this fabric from any one particular place in my childhood but I felt that I'd definitely seen it somewhere before, and I wanted it very badly. It took two hot washes to get rid of the vintage "scent" (hello mothballs!) and I sprayed it today with Febreeze, just for good measure. 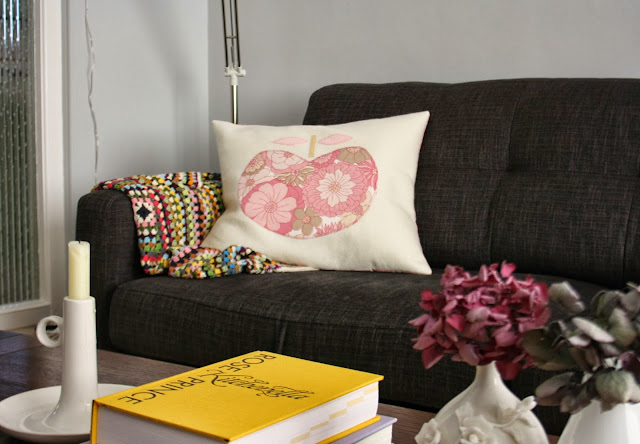 I know fabric like this is not to everyones' taste but I think the muted colours work with, not against, the busy floral pattern. There is something about the palate of pinks that reminds me of calamine lotion and Germolene, that pink antiseptic cream that was applied to all cuts and scrapes when I was little. It's not a sickly, sugary pink or a tropical hot pink. Instead I find it full of shades of beige and stone that give it a dusky, washed out look. I'd planned to use it as a duvet cover on Bella's bed, but she has three bedding sets already so I took my scissors to it. The pillow cases are quite badly faded but the duvet cover is in very good condition. I bought some wool felt in a pale creamy grey colour and decided to use this with the fabric to make a cushion. Because as anyone who knows me will say, we don't have nearly enough cushions in our house. There's always room for one more. 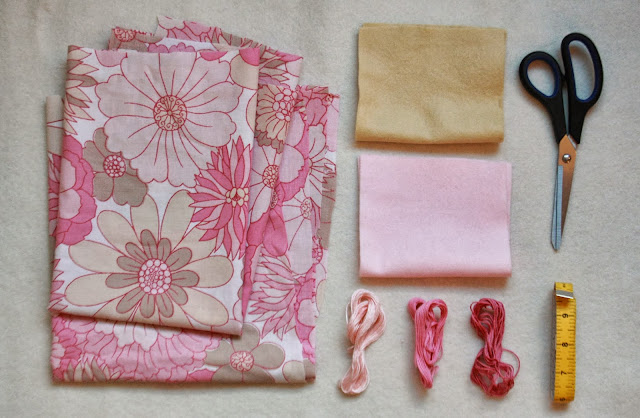 I used applique with straight stitch around the edge - I find this kind of sewing so enjoyable and relaxing. Needle in, needle out, up and down - it's like my fingers know where the needle should go next. 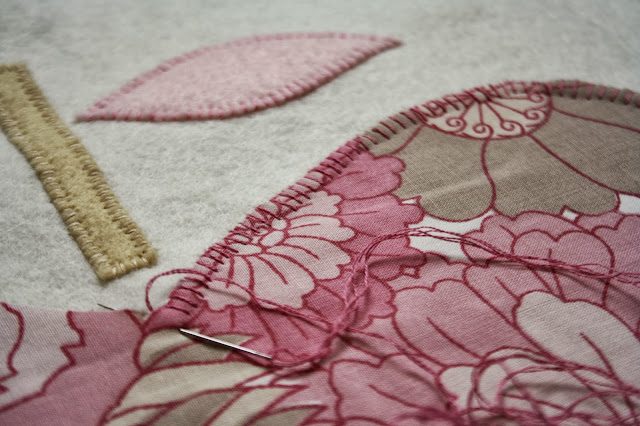 I chose an apple motif. That, along with the pure wool felt said "autumn" to me, but not in a fallen leaves, orange, Halloween and pumpkin sort of way, but more in the way this season gives us the softly fading colours of of a almost-disappeared summer. It's cosy. For the back of the cushion, I used the same fabric in a pillow-style opening because - I'll be honest - I can't do zips yet. 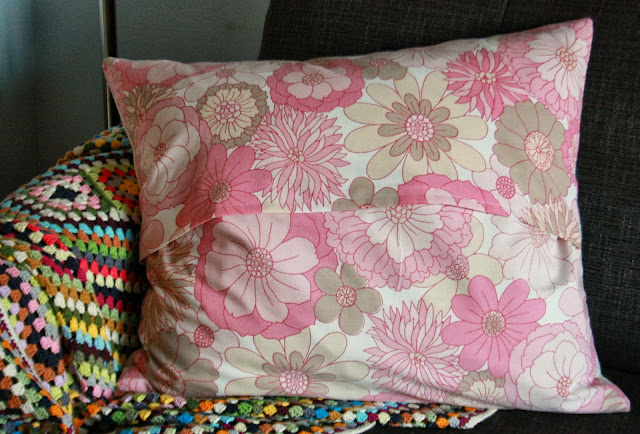 I love how it turned out. The cushion pad is feathered and squashy and very comfortable. I like feather cushion pads and will choose them over foam every time. I like the way you can shake them out and plump them up with your fists. 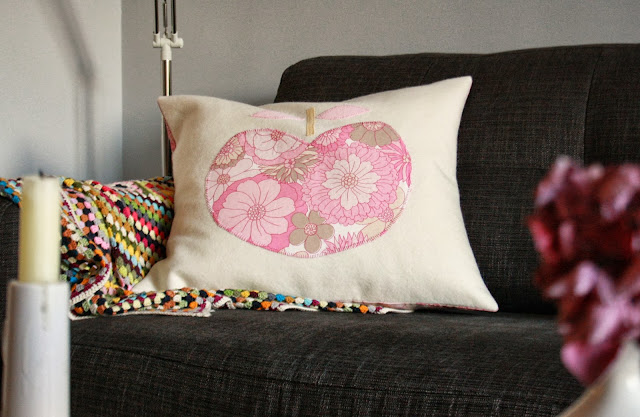 And, do you know, my mum tells me that we had that exact bedding set - in pink - when I was a child. I am one of three girls and it makes sense that we had a lot of pink bedding in the house. So I did recognise it from somewhere, I didn't imagine it! And she also tells me that we still have a pillow case...in the garage. My dad has been using it as a decorating rag for the last ten years. 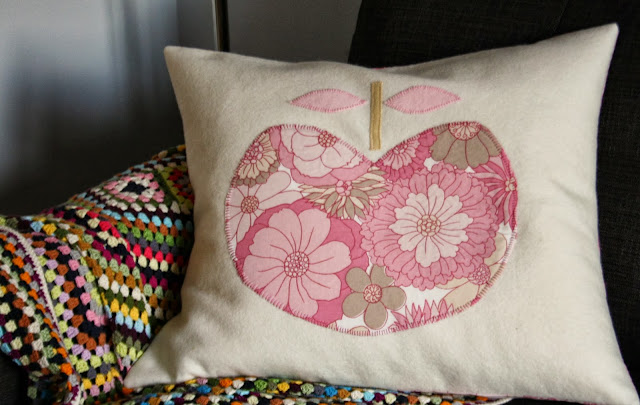 Do you have anything that you absolutely had to have just because of the memories that were attached to it? A book or a piece of fabric maybe, or a certain type of bowl or dish, or a picture? It's so often those things that were used with such frequency that they were almost overlooked - those everyday items that weave themselves into the fabric of life - that hold the strongest pull and can take you back to a certain place in moments.

What is The Colour Collaborative? All creative bloggers make stuff, gather stuff, shape stuff, and share stuff. Mostly they work on their own, but what happens when a group of them work together? Is a creative collaboration greater than the sum of its parts? We think so and we hope you will too. We'll each be offering our own monthly take on a colour related theme, and hoping that in combination our ideas will encourage us, and perhaps you, to think about colour in new ways.