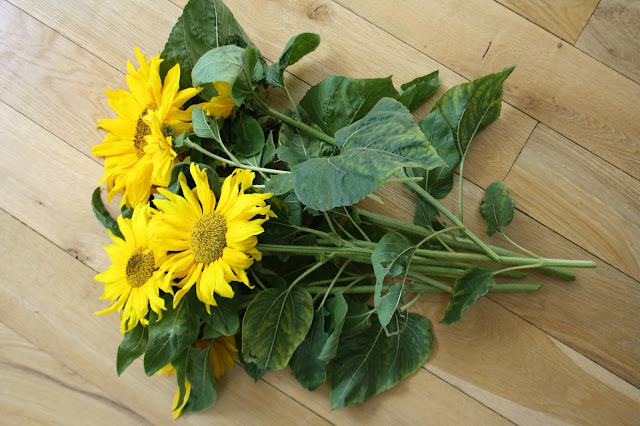 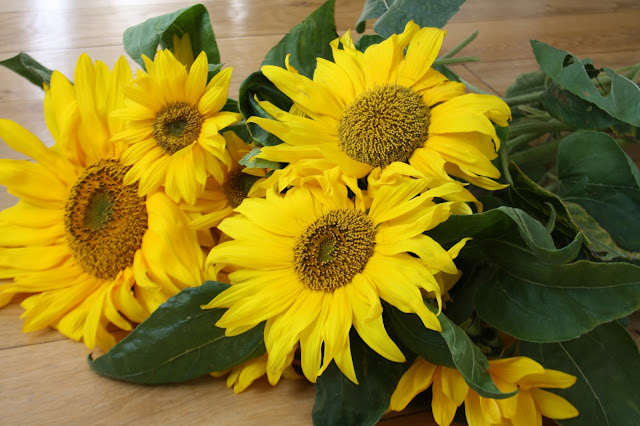 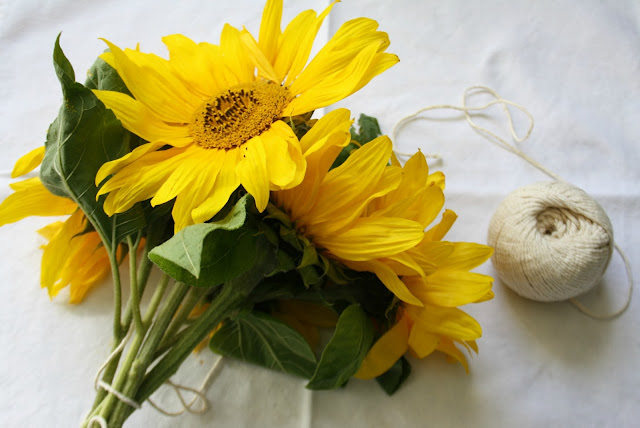 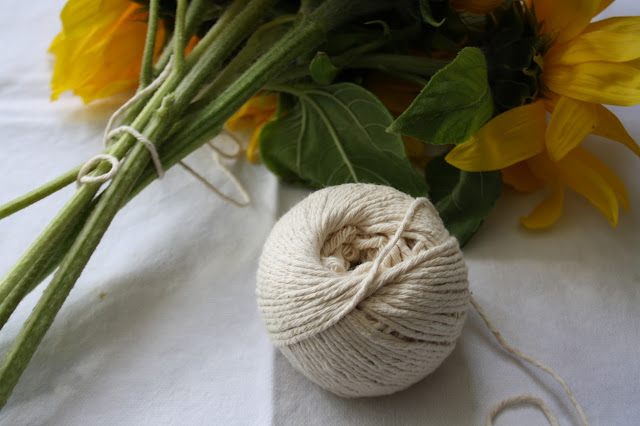 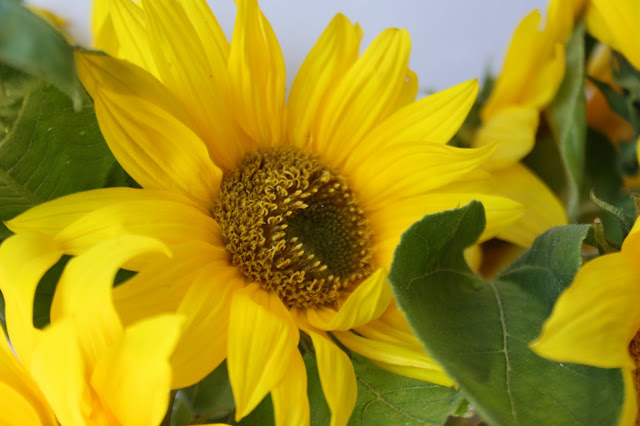 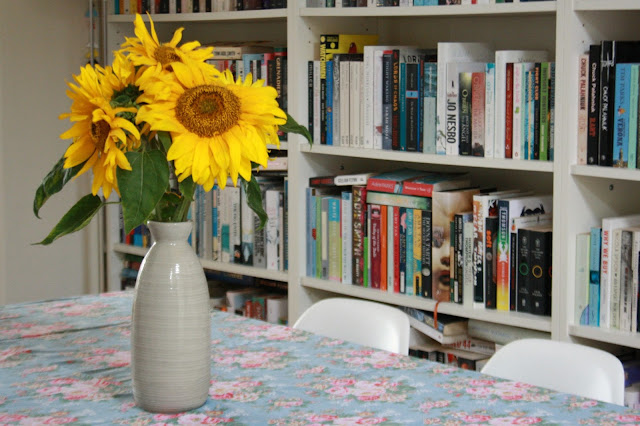 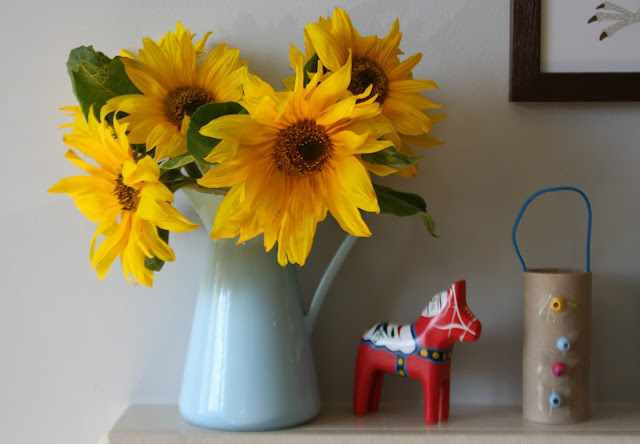 I picked the last of the sunflowers. They were starting to look a bit sad and droopy and, since the weather has turned so chilly, I thought it would make more sense to enjoy them indoors rather than out. It gave me such an enormous feeling of satisfaction to bring this big armful of flowers into the house. I grew these! They are easy to grow, I know, but still! I thought I'd have one flower per stem, but there were so many of them. They grew branches and just kept growing and producing more flower heads. After I'd shaken off the insects and pulled off the dead leaves, I divided them into two bunches. I put the biggest flowers, with their long, sturdy stems, in a cream vase on the dining room table. They brighten up what is always the gloomiest part of the house. The smaller, more spindly ones are in a little blue enamel jug on the mantle above the fireplace. The mantlepiece is always my favourite place to display things. I am always fiddling about with the bits and bobs I have up there, arranging and re-arranging. Don't ask me what that loo-roll tube covered in beads and sellotape is. Bella made it. I have no idea.

Your response to the bramble/blackberry issue in my last post really got me thinking. My understanding has always been that a bramble is just a blackberry which grows in the wild. They tend to be smaller than the cultivated blackberries you can buy in the supermarket, which can be quite large - similar to the size of a cherry - whereas brambles are more like the size of a raspberry. It's confusing because the word "bramble" is often used to describe any kind of prickly, wild bush. Also, people (myself included) use the words bramble and blackberry interchangeably. If I say I'm going blackberry picking, then I suppose really I'm going bramble picking. And if I'd used that fruit I picked at the weekend to make some jam with apples, I probably would've called it blackberry and apple jam, as I did when I made some this time last year. But I wanted to call it Bramble Jelly because I think the name has a faintly old fashioned, autumnal feel to it. Plus it reminds me of the wonderful Brambly Hedge series of books, which I loved so much as a child and read to Bella now. I saw a recipe for something called Hedgerow Jelly recently, which could include blackberries or brambles, elderberries, sloes, damsons etc - whatever you find growing wild, I suppose. I am quite taken with the notion of making Hedgerow Jelly, as much because of it's evocative and romantic sounding name as it's potentially delicious flavour.