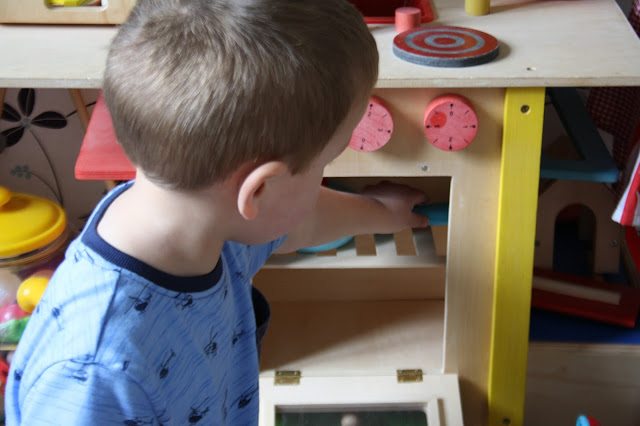 He cares for the baby. 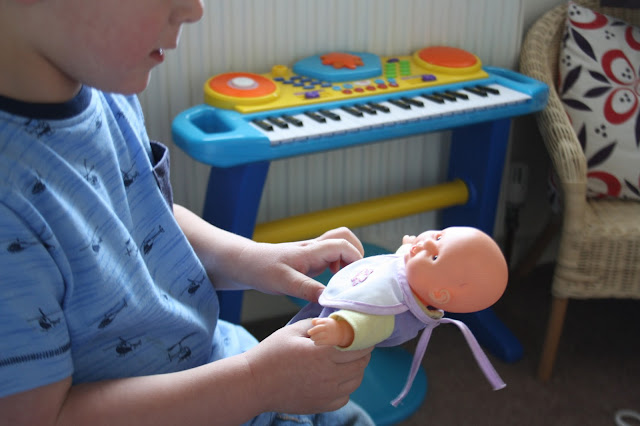 He feeds the dog (a bit forcefully). 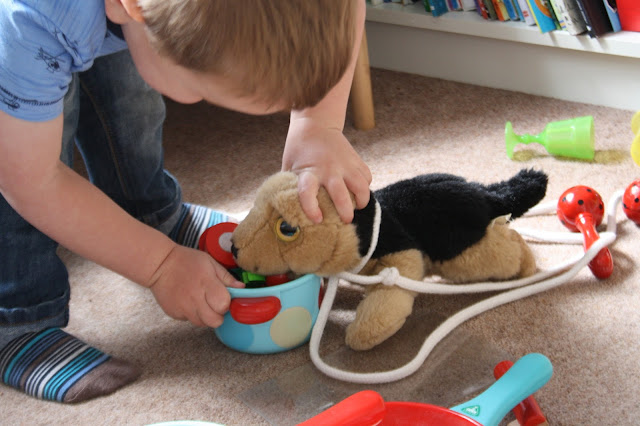 And all this while he's pregnant, too. 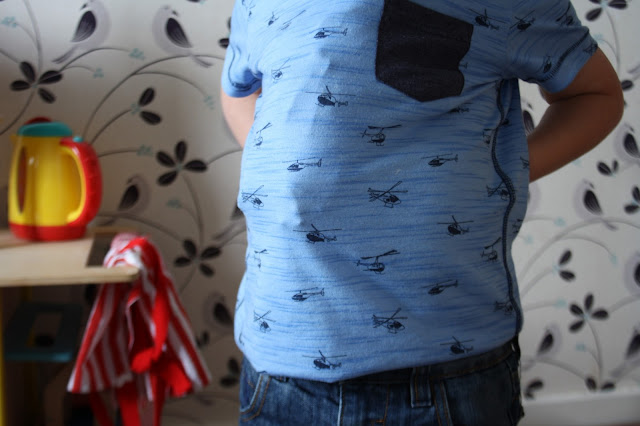 The dog is walked... 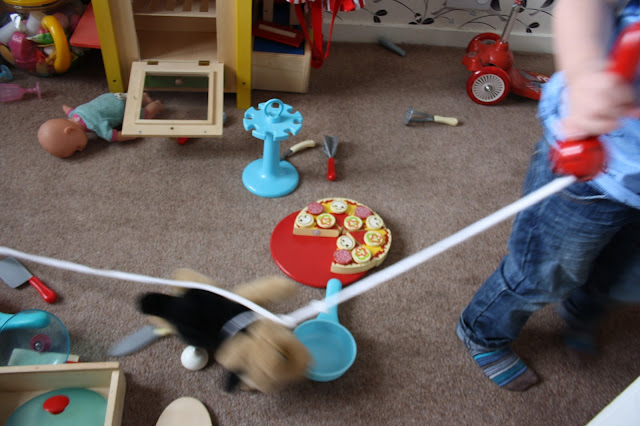 ...while he rides his scooter - he's learning to multi-task already, bless. 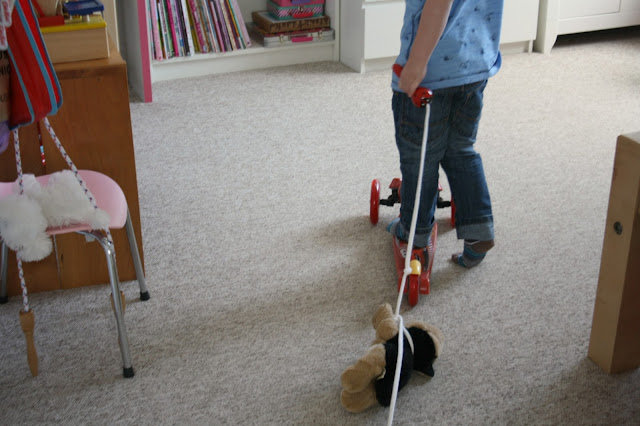 I love watching the children play when they don't realise they are being observed. Yesterday I went upstairs to do some housework and Angus, who is still young enough to want to me near me while we're in the house together, followed me. While I stripped the beds and sorted piles of washing, he made dinner at the little cooker in his bedroom. I snuck up on him and eavesdropped ("...you must put the toys 'way and tidy up cos tea is ready...") and took some photos. He's fascinated by babies at the moment. Ever since my friend Rachel had her baby he's taken to putting a doll under his t-shirt and struts around with his baby in his tummy. He and Bella tied skipping ropes around their toy dog's necks and have been playing "walk the dog" a lot. When I started vacuuming, he went and found the mini vacuum cleaner and joined in. If I'm ironing, he'll drag out the toy ironing board and iron and demand clothes from the pile so he can join in.

I don't remember Bella doing this. She probably did, but because she's a girl I never thought anything of it. Is Angus this interested in domesticity because he's at home with me all the time, or because he has an older sister? Or because "grown-up" jobs appear fascinating to children just because they are "grown-up"? If John is doing some jobs around the house that involve a hammer Angus will get out his little tool kit and follow him around, banging random surfaces and chipping the paintwork. Children copy what they see. And if I raise a son who can cook the tea, iron the clothes, walk the dog, care for babies and hang a shelf, well that's just fine with me.

Not have babies though. That would be weird.

Thank you for your comments about Angus's party and the Telegraph mention. You are all so kind. And I've just remembered that I've still haven't taken any photos of the snake I crocheted Angus for his birthday - I will try tomorrow, if the clouds part for long enough to allow for any decent photos.