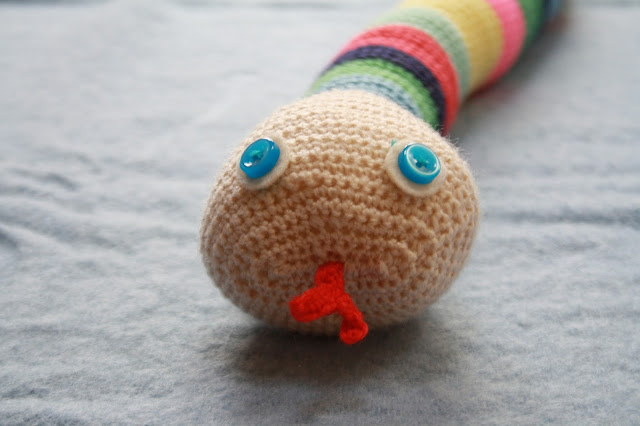 Hello there! I finally got round to taking some photos of the snake I crocheted Angus for his birthday. Here he is in all his garish, rainbow-striped glory.

He was completed at 11.30 pm the night before Angus's birthday - nothing like cutting it fine! I wish I'd had another week so that I could have made him longer. He measures 83 cm from nose to tail, which is fine, but a little longer would've made him more snakey. 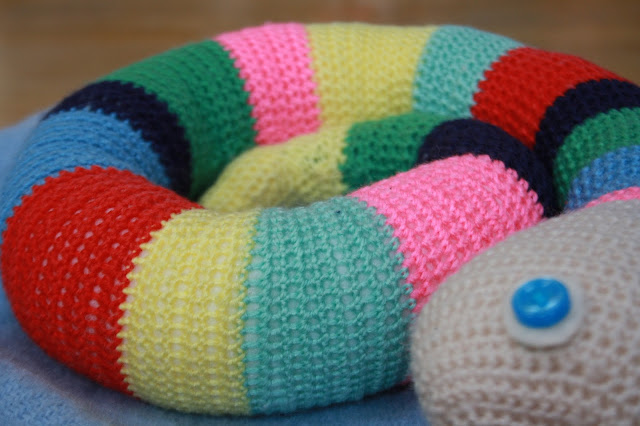 I call him Mr Snake. Angus wanted to name him "Angus". My children display a staggering lack of imagination in the naming of their toys. We have many bears called "bear" and rabbits called "bunny" and our dolls go by the names of "pink baby", "blue baby", "big baby" and the like. Actually, "Mr Snake" isn't all that creative now I come to think of it... 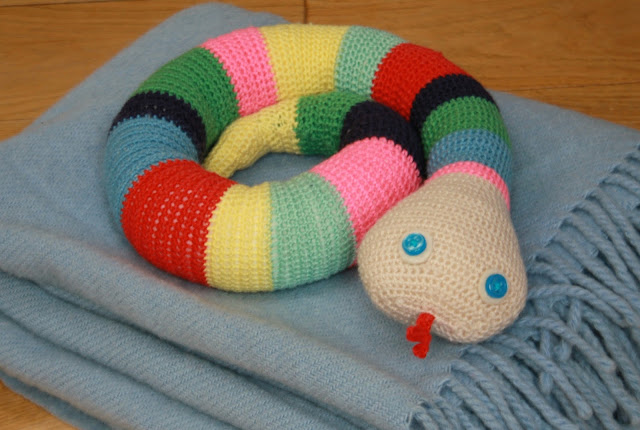 As you can see, he has a few, err, imperfections, which I like to think add to his overall charm. This project was a detour from my crochet comfort zone of granny squares and it challenged me with crocheting into the stitch, increasing and decreasing, and working in the round. I don't think his tail should be quite so bumpy - something clearly went awry there! 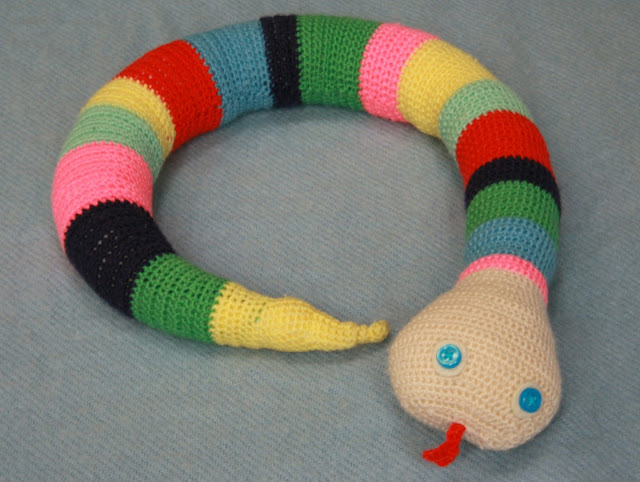 I used an acrylic yarn that I got free with this book. It is not nice to work with, squeaky and inclined to split - honestly, if you were trying to learn to crochet with that yarn I wouldn't blame anyone who gave up. But it was free and sitting there needing to be used and I'm loathe to go out and by more yarn for a little project when I have a pile of it sitting there. Also, a toy for a four year old which will be dragged around the house and garden and go in the washing machine and dryer needs to be robust. Now was not the time to get precious about which particular blend of cashmerino yarn to use, much as I might have wanted to. 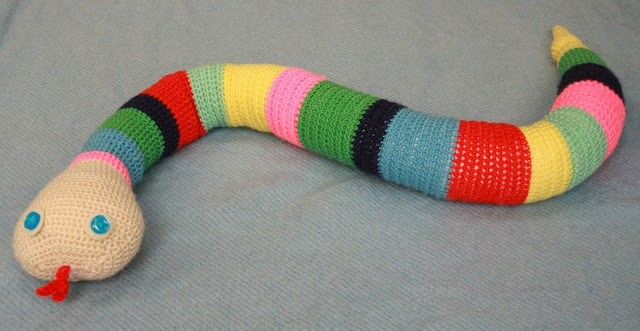 The pattern is from Baby Crochet by Lois Daykin. I fell in love with this snake when I saw it here on Elizabeth's blog Mrs Thomasina Tittlemouse about a year ago. Sadly, the book now appear to be out of print, but Elizabeth very kindly offered to photocopy and send me the pattern so that I could still make the snake. Thank you so much Elizabeth. The kindness and generosity that exists within the blogging community never ceases to delight me.

And most importantly, Angus like Mr Snake very much, which is all that counts. 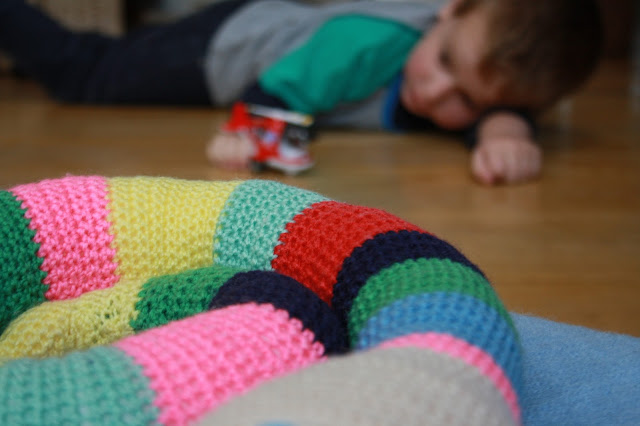