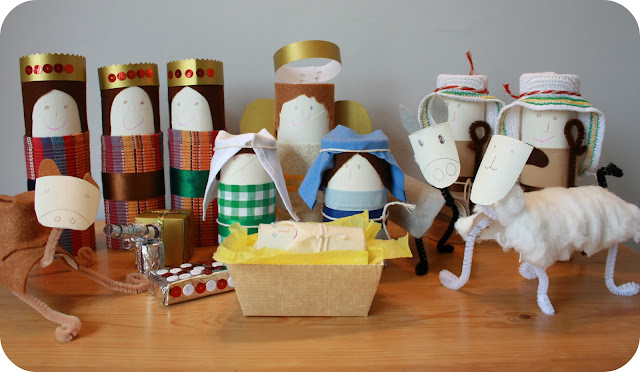 This morning we went to see Angus "perform" in his nursery nativity play. He was a shepherd. There were about fifteen shepherds, and as many angels. I was amused to see that, despite refusing to ever wear a sunhat in the summer or a woolly hat in the winter, he was quite happily wearing a shepherd's headdress (made from a tea towel, of course). He sat with the other shepherds, beaming and waving occasionally at John and I, but completely failed to join in with any of the songs and actions they have been rehearsing over the last few weeks. It was as though he'd just turned up that morning and thought, oh, this looks fun, I'll join in with the nativity today I think.

So it seemed fitting that I share our homemade nativity scene with you today. The inspiration for these figures is Blue Peter meets primary school nativity play circa 1983. Mary dressed all in blue, shepherds wearing dressing gowns and tea towels, and Angel Gabriel wearing a white sheet with a gold tinsel crown. These are not culturally, geographically or historically authentic in any way. Which is probably why I like them so much.

Ages ago, we made a little family from toilet roll tubes, and we enjoyed it so much I knew the kids (and I) would want to make more. So, months ago, on rainy days during the six week summer holiday, we made a toilet roll nativity scene. Bella did about eighty percent of these herself, gluing, stapling, choosing fabric scraps and drawing on the faces. I did the tricky, fiddly bits that required an adult hand like attaching the pipe cleaner legs on the animals and tying the string or ribbon into tight knots. Angus has had a lot of fun playing with them, and was quite miffed when I packed them away. 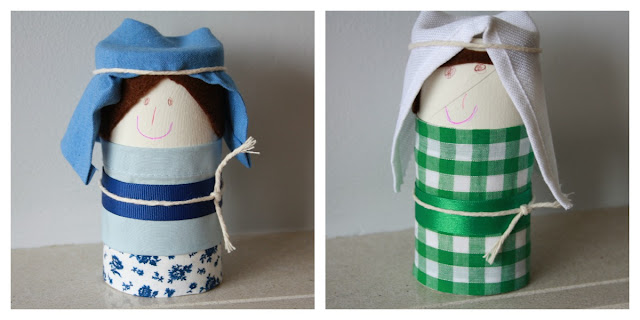 Baby Jesus, swaddled in crafting felt, nestled in tissue paper. I couldn't think what to use for the manger and then I remembered I had some cardboard mini loaf tin liners which I have never used. They do nicely. 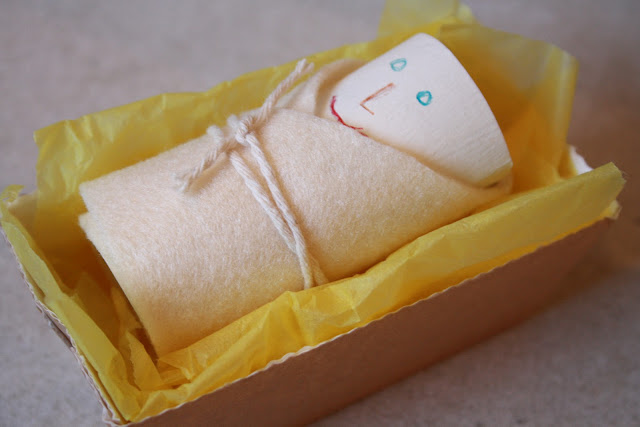 Angel Gabriel with a lopsided crown. I just couldn't get that blooming pipe cleaner to stay straight. 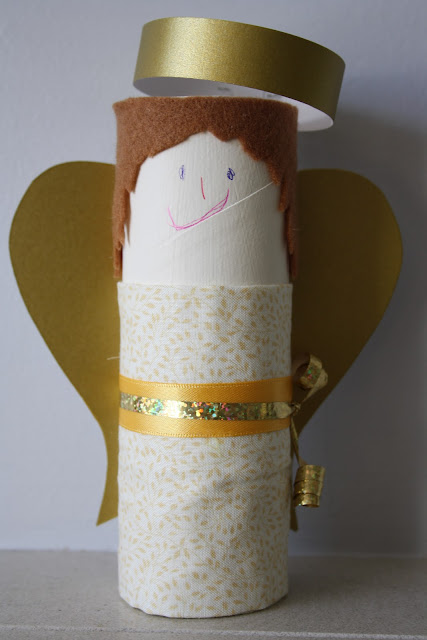 The three kings, or three wise men, and their gifts of gold, frankincense and myrrh. (An empty box of staples, a cotton reel, and some gold cardboard. 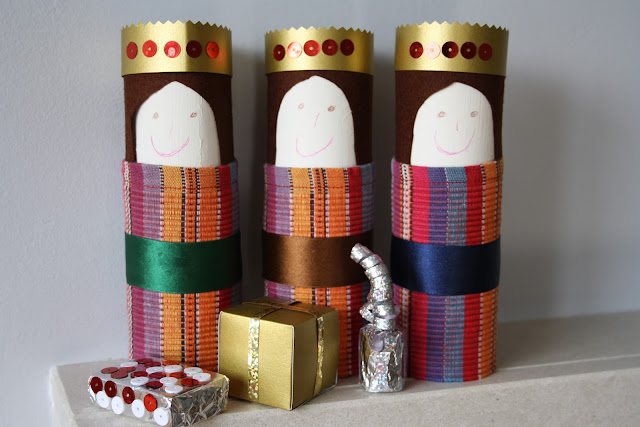 And not forgetting the animals...a sheep for the shepherds, a camel for the three kings, and a donkey for Mary and Joseph. These were made from tubes cut in half length ways - it was easier to attach the legs that way. Mr Camel does not like to stay upright. His body is so weighed down with felt, PVA glue and cardboard that his little pipe cleaner legs do struggle to hold him up. He looks like he has been drinking too much eggnog.

And my favourites...the shepherds. I used old kitchen dish cloths for their head coverings and pipe cleaners for their crooks. 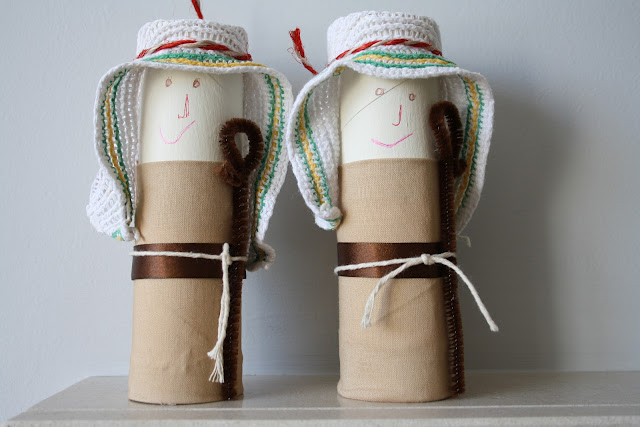 Nothing was bought especially for this project, it was just bits and bobs we had around the house. This is absolutely my favourite sort of crafting - thrifty, no fancy equipment, minimum skill levels...just some time and imagination.

Should you fancy making some, you will need:

Paint the tubes inside and out. This is by far the most tedious part. It strengthens them and gives you a good base for the faces. Then just decorate away. Everything is glued on and stapled at the back to hold it in place. Hours, hours of fun. There is still time to make something like this before Christmas. It will certainly keep small people quiet in between parties and pantomimes and give them some quiet time away from all the Christmas craziness. 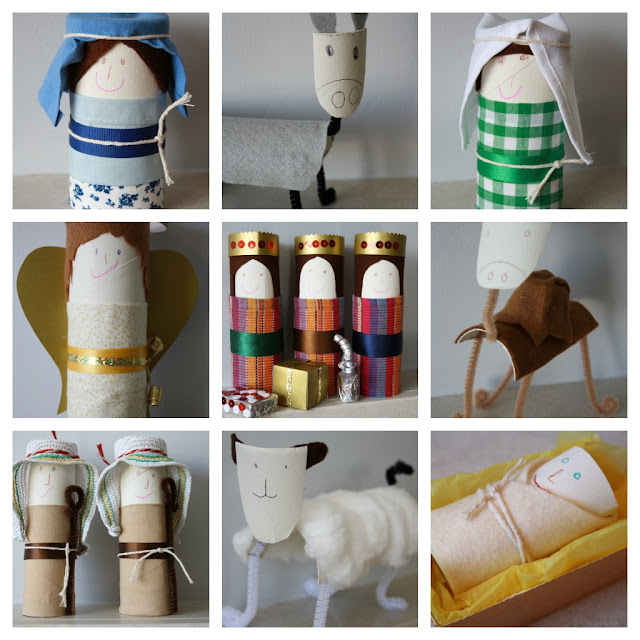