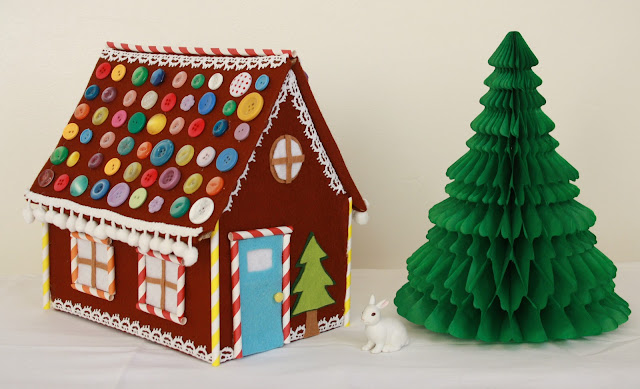 Ta-da! Welcome to my slightly over the top, kitsch, bordering-on-tasteless felt gingerbread house.

I'm not even going to pretend I made this for, or with, the children. It was all for me. Greedy crafting. I made it over Saturday and Sunday evenings when they were tucked up in bed. I couldn't let them near the glue gun, you see. Too dangerous. Also, they might mess up my bobble trim and button arrangement.

I'm sorry, but I love it. I really do. It makes me happy just to look at it. I don't have a very good track record with proper, edible gingerbread houses so this was much more satisfying to make. And I can get it out year after year.

I have put together a tutorial below should you fancy making your own. It's the best sort of crafting - minimum effort for maximum effect. 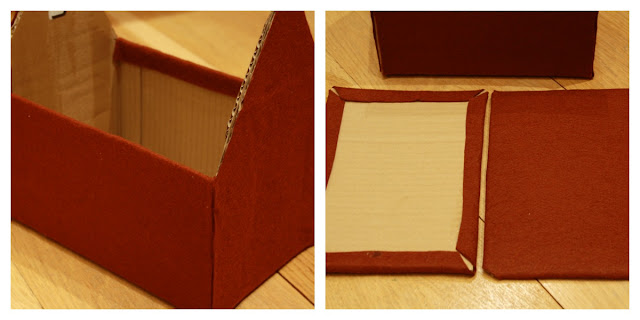 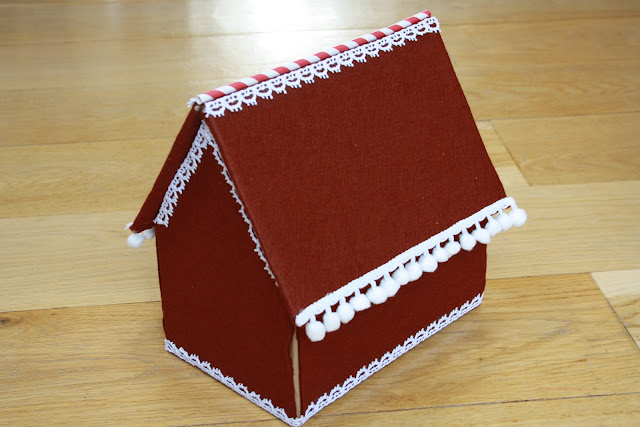 Now, a person with more taste and restraint than me would have stopped here. The contrast of the white lace against the dark brown felt is gorgeous.

I added felt windows edged with more drinking straws, a front door, a little dog and kennel at the back and many, many buttons on the roof.

Fun was had styling it in a suitably Christmassy fashion. I found this paper tree in the Christmas decorations box in the loft. I searched Angus's box of toy animals for a cute little deer; I had no luck but did come up with this white rabbit. It was that or a polar bear. 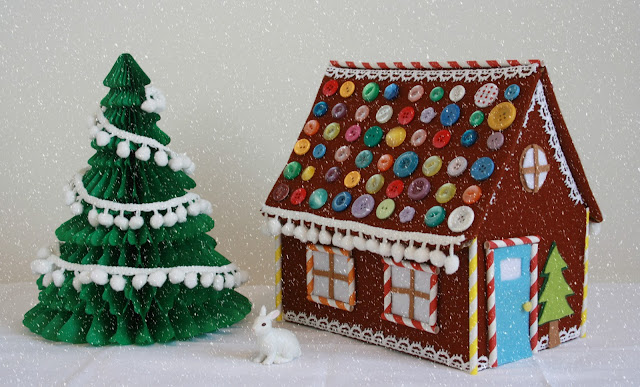