I love being a tourist in London. I no longer care about the cool, tucked away places but unashamedly head for the bright lights of the West End; I want shops, restaurants, museums, galleries and more shops. Yesterday I met up with one of my oldest and best friends for a day of chatter and culture and eating.

I was up bright and early and on the train at 7 am in the cold dark. I was accompanied by two magazines, a coffee, an almond croissant, a bag of crochet and many hours of Radio 4 podcasts on John's iPod. I wanted to make the absolute most of my two and a half hours of time to myself.

I saw snow around Lincolnshire as the sun was rising. 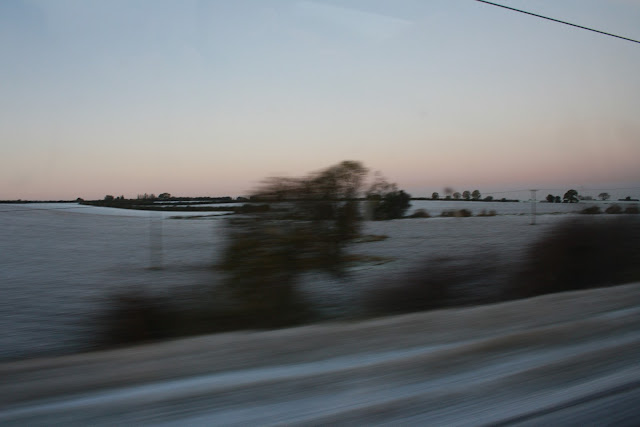 I admired the new and improved Kings Cross Station - what a difference. A light space that you want to linger in, rather than the previous dark, oppressive space that made me want to run away. 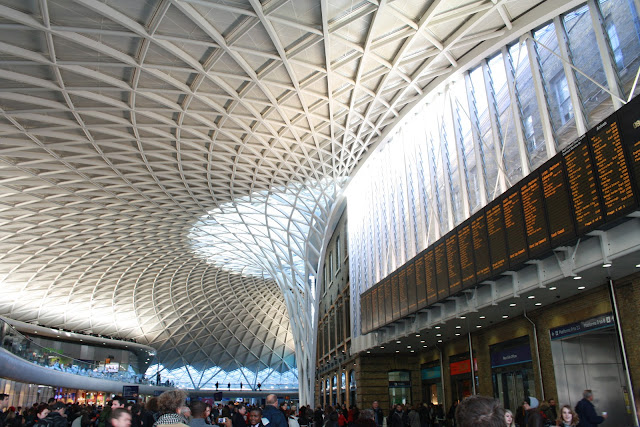 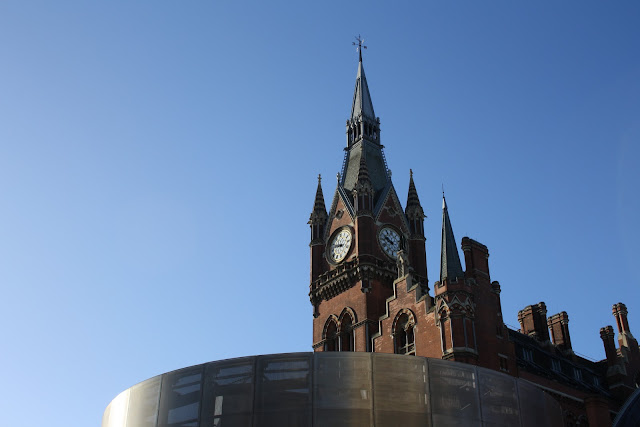 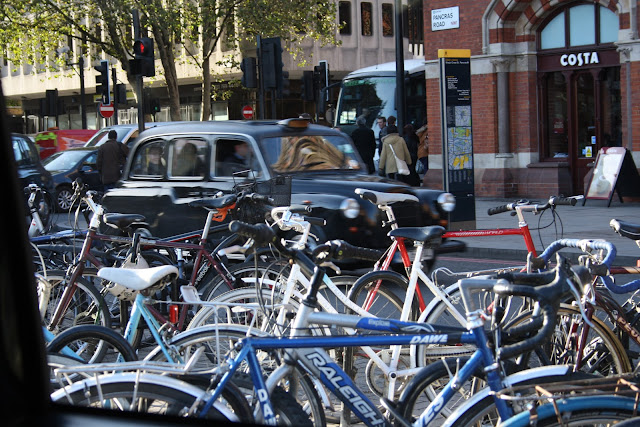 We had a late breakfast at The Delaunay. I think there is something so decadent abut going out for breakfast. This was everything we hoped it would be; lovingly cooked, beautifully presented and very, very tasty. 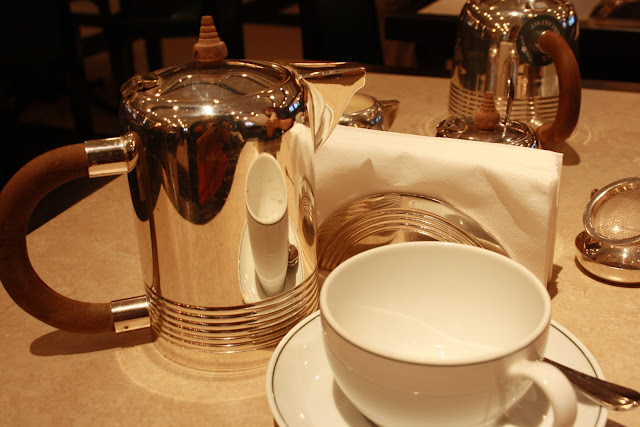 To Tate Britain next as we had tickets for the Pre-Raphaelites exhibition. Despite being held in an overcrowded and overheated room, the works were luminous, exquisitely rendered and looked as though they were lit from within. 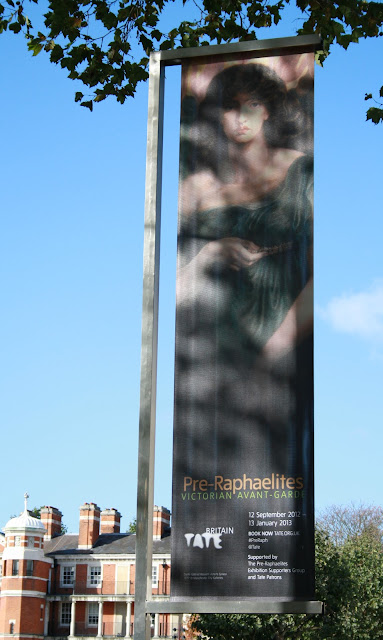 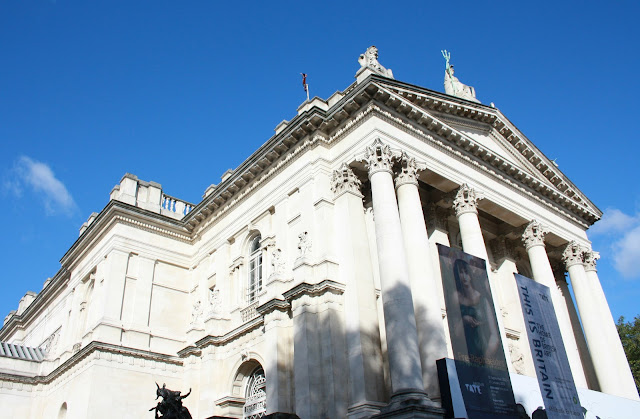 Then the rain came so we went to John Lewis on Oxford Street (to shelter, you understand). 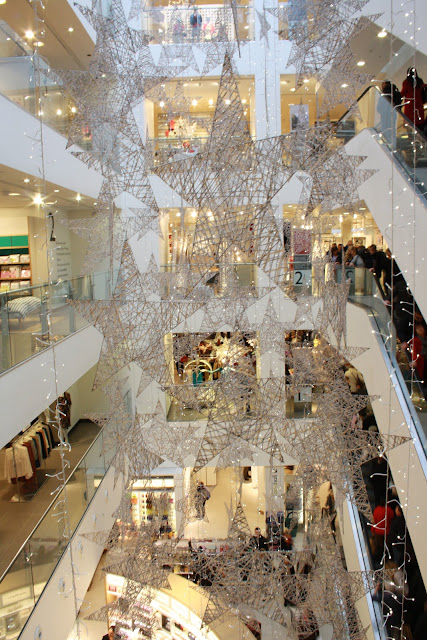 Then on to Islington to visit the knitting shop Loop. I had (overly) high hopes and was expecting something really special but found it disappointing...untidy, badly lit, terrible access for pushchairs and pregnant ladies, confusing signage, no prices on so many things. All my years in retail kicked in and I found myself desperate to give the whole shop a jolly good sort out. It's not a patch on my local yarn shop, Baa Ram Ewe. It's comforting to know that not everything is bigger and better in London. After the shock of Loop we had to go to The Hummingbird Bakery for overpriced cupcakes and a cup of tea. 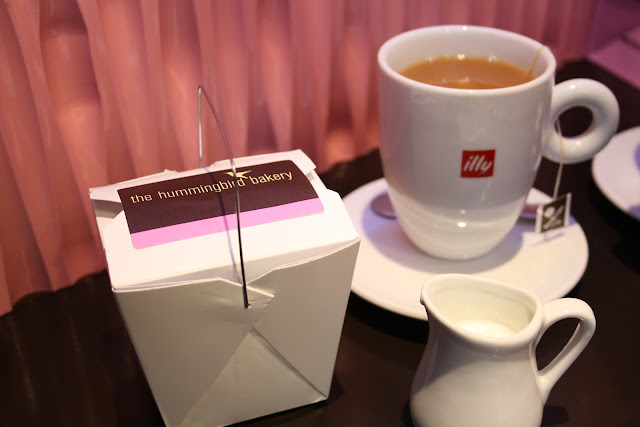 Then dinner, followed by a mad tube dash (so many escalators, so little time!) to Kings Cross station for my train back to Leeds, caught with only minutes to spare. 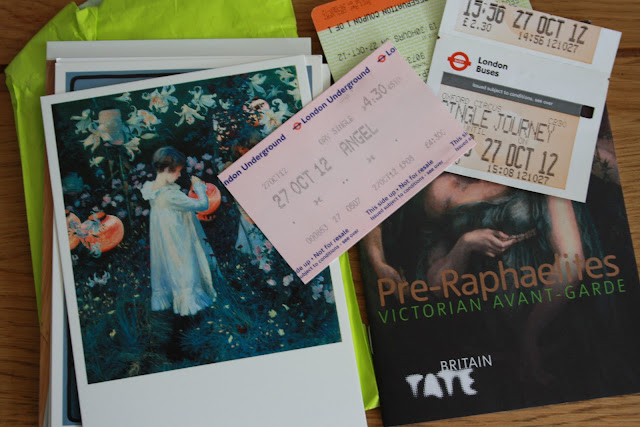 A fun and memorable day. I am still tired. We spent today with some old friends and their two small boys. We ate homemade bread and soup for lunch and had hoped for a walk in the afternoon but it was raining. Instead, we lazed on the sofa and watched television and drank tea and read magazines and crocheted. I commented to John on how very relaxed we are with these friends, how no-one feels the need to entertain anyone, and John pointed out that we were all at university together, so we are all quite adept at sitting around and drinking tea in each other's company. Then John made pie and mash for tea and I made sticky toffee pudding. We ate it as it got dark outside.

Email ThisBlogThis!Share to TwitterShare to FacebookShare to Pinterest
Labels: London