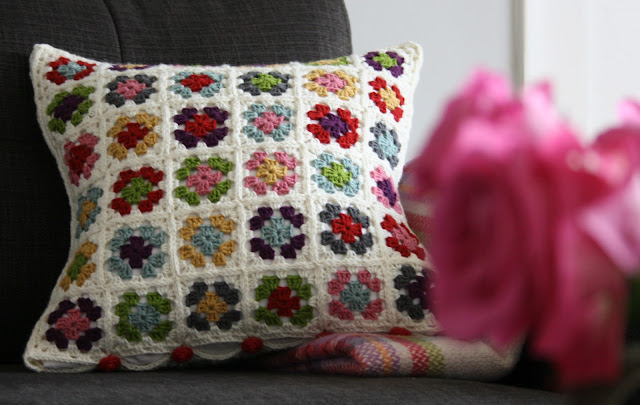 I know, I know, I went on a knitting course on Saturday, and here I am showing you a crochet cushion, but I finished this last night and could not sit on my hands and wait to show you for a moment longer.

This beautifully simple cushion, which I first set eyes on in Mollie Makes magazine back in the Spring, was the first crochet pattern which really caught my eye, which gave me that excited, fluttery, ooh-I-really-want-to-make-that feeling. My learn to crochet course was looming when the magazine arrived on my doorstep, and it became my first crochet project. 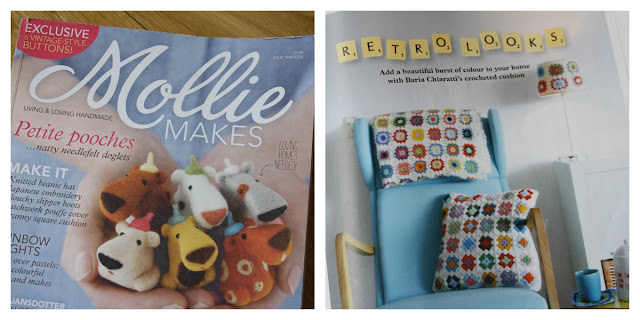 I so enjoyed making this cushion. I finally understood what people meant when they talked about yarn being "nice" or "a dream" to work with. After weeks of practicing on cheap acrylic yarn, this Debbie Bliss baby cashmerino was soft, supple, and didn't split. Or squeak. 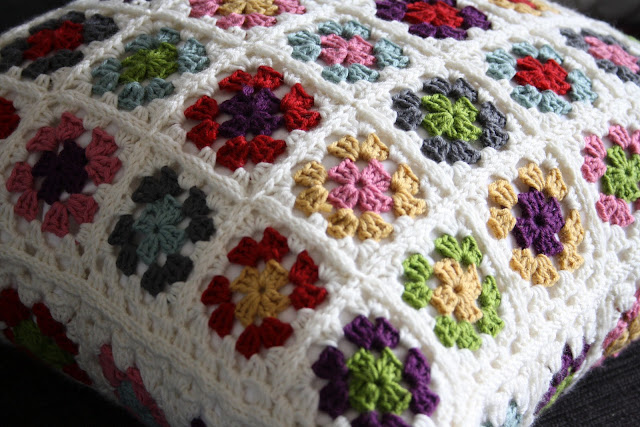 Piles of squares grew and grew over the summer months. John observed that if I spent as much time crocheting them as I did stacking, arranging and admiring them, then the whole project would have been done in half the time. 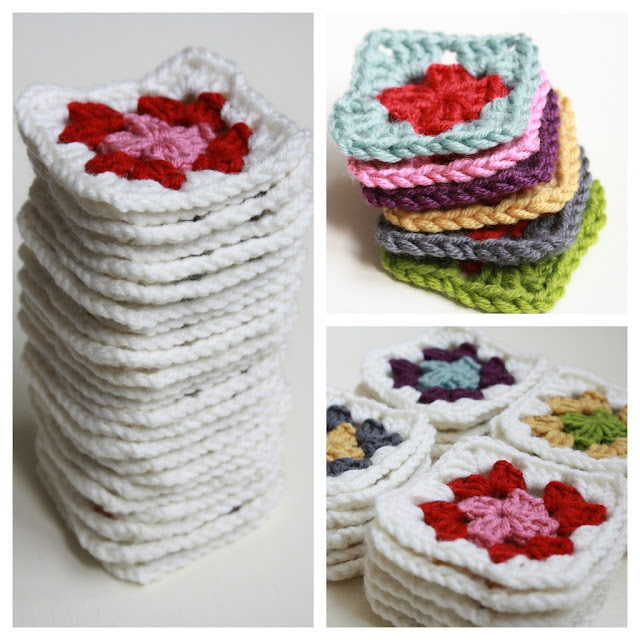 In a flash of inspiration, I joined my arranged squares with safety pins. I spent about an hour playing with the squares, aiming for an random effect which of course was not random at all. Pinning the squares together kept them in the right order and stopped me accidentally sewing one on back to front. 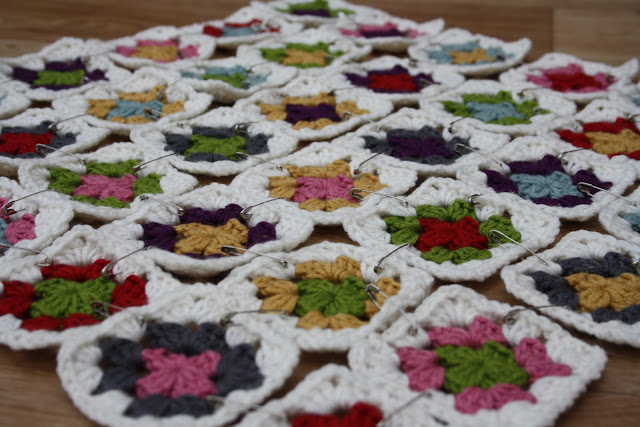 You can't tell from the photos, but my tension changed hugely during the making of this cushion. I made the 36 squares for one side during June and July then put them to one side to make a scarf. In August, I picked it up again and made the other 36 squares. Side 1 is about two inches bigger than side 2, but hey ho. It's a forgiving beginner's project.

I used some pretty pink buttons that came free with the magazine to fasten it together. 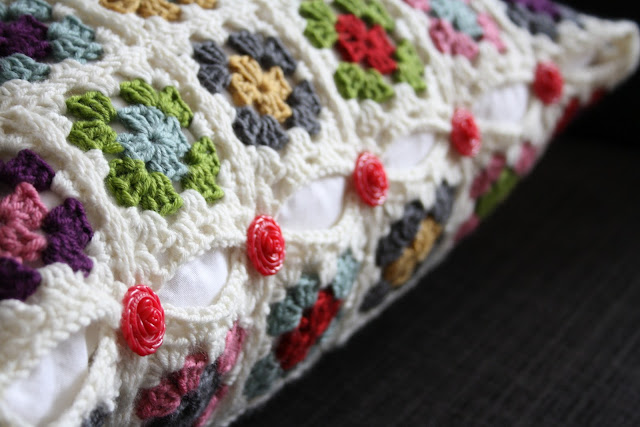 I'm really pleased with the results. The flashes of charcoal grey match the sofa in the living room and it gives a much needed burst of retro colour.

Many thanks for your brilliant suggestions on crafty projects to make for and with little boys. You suggestions of sock animals/puppets, junk modelling cars/robots/trucks, homemade slime and monster softies were brilliant. Some fab short and long term projects there. I will hopefully report back with some results soon.

Also, the knitting course I attended on Saturday, at Baa Ram Ewe wool shop in Leeds, was all that it promised to be. We were shown how to cast on (I know three different ways, now! Three!), knit, purl, increase and decrease, add colour and cast off. We learnt about yarn weights and the importance of making swatches to gauge tension. We were given two balls of gorgeous chunky British wool yarn, size 10mm needles and the pattern for a simple hat. I am determined to complete the project, not because I particularly need another hat, but to learn how to follow a pattern.
Posted by Gillian Roe at Monday, September 17, 2012