The Last of the Summer Weekends

Our weekend started on Friday, as John was home after working seven days in a row. The weather was warm and sunny. Our old sandpit makes a great paddling pool as Bella and Angus can perch on the edge. Load after load of washing was hung on the line. 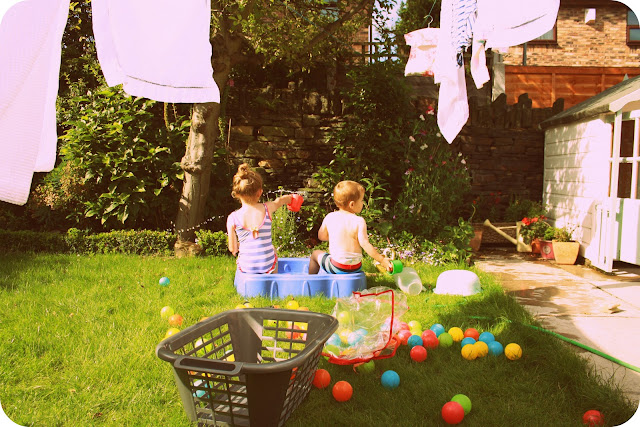 It was a little cooler on Saturday but much fun was had with the hose in the garden. 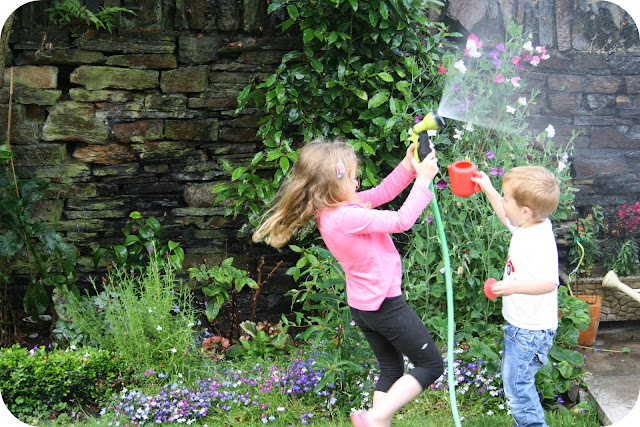 We did some outside crafting. Last winter, Bella and I made some toilet roll people. It was a project we both really enjoyed, and she plays with them all the time. She asked if we could make more and, before you could say "Nativity" we were saving toilet roll and kitchen roll tubes and planning a little group of people involving a baby, a camel and a sheep that needs to be ready by December. I love how this has captured Bella's imagination. She is planning which fabric off-cuts she will use for Mary, and hunting out gold card for crowns for the Three Wise Men. It will keep us both very happily occupied over the rest of the holiday. I know it seems mad to be doing this now, but come the Autumn neither of us will have the time or the energy for such a project. 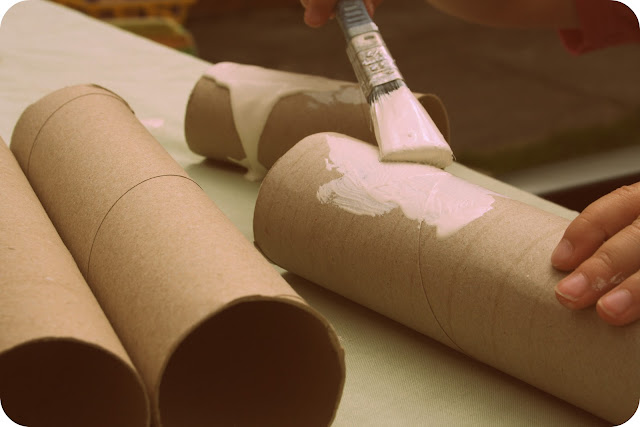 John is shopping for a bike (he is still under the influence of Olympic fever) and we looked around a lot of cycling shops. We bought the kids a helmet each, something we'd been meaning to do for ages. Bella's is emblazoned with Hello Kitty and Angus's with Lightening McQueen. 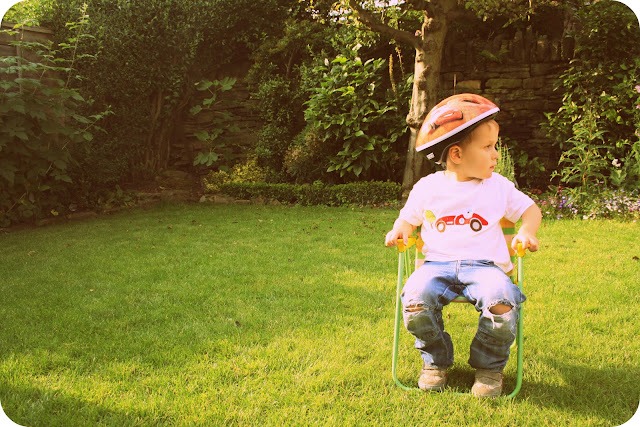 He wore it all day Saturday. When he wasn't wearing it it was hung from the handlebars of his bike, which he pushed around the garden with a very serious expression on his face. It was next to him on the table at meal times. At bath time, it had to come into the bathroom with him (not the bath - I drew the line there). At bed time, he spent ten minutes arranging it on the end of his bed. When I went to check on him later, it was under the duvet with him.

On Saturday evening, we had a barbeque. Cheeseburgers and potato salad and bottles of Coke. I insisted we eat in the garden, even though it wasn't that warm. If you wait for prefect weather in this country, you'll be waiting forever, and suddenly it seems that Summer is disappearing. 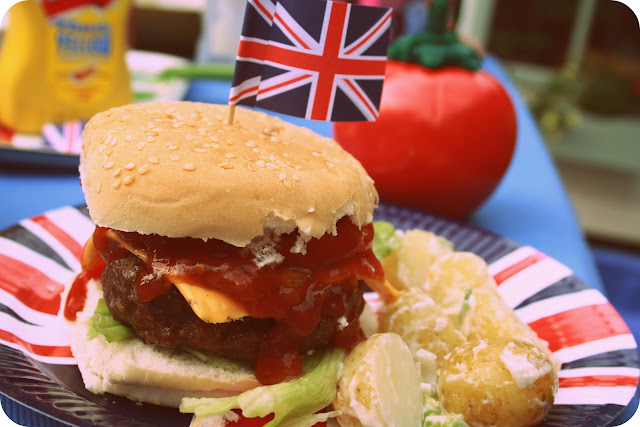 It was a fun excuse to use up the Union Flag paper plate and cups I bought for the Jubilee. What with the bottled drinks and disposable barbeque, there was no washing up - always a happy scenario! 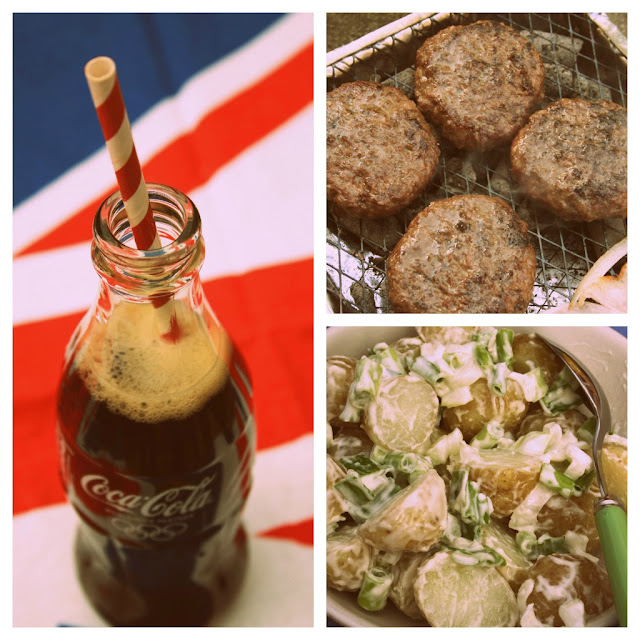 Sunday was cool and grey and spent quietly. Pancakes with strawberries, blueberries and maple syrup for breakfast. John cut the hedge, a summertime chore he loathes but the kids think is fantastic fun. 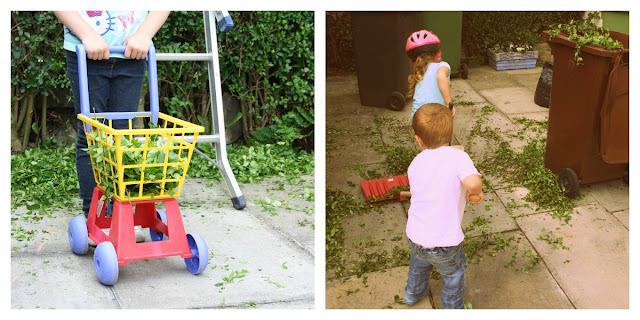 BLTs and leftover potato salad for lunch, then we went raspberry picking in the afternoon. I remembered to take the camera, but forgot to put an SD card inside. Very annoying. I don't have a very good track record with fruit picking and photography.

I could not resist a teeny tiny bit of filter-magic on my pictures today...I love the Seventies Summer feel it gives, especially when the sun is more often that not hiding behind a cloud. They remind me of the hundreds of photos from my childhood carefully stored and labelled in albums. I suddenly felt this weekend that Summer was nearly over, and that we must make the most of every last bit of it. Next weekend John is working, and the two weekends after that we will be traveling to and from my parent's house. Then, before we know it, the new school term will have started and as soon as 1st September rolls around I am mentally in "Autumn Mode", no matter how hot the weather.

I hope you all had a lovely weekend and are enjoying these warm days. Thanks for reading and for being here. x