I know, I know, the Olympic Games are almost over, but don't underestimate the appeal of a bit of crafting to small children; something that they can make, wave around, pretend it's a sword or wand, hit each other with. I pinched this idea from a sports day afternoon we went to a few weeks ago and thought it was such good fun that I really wanted to share it. The ones we created there were made with paper, but they did not stand up to over-enthusiastic play, so I made these from card. 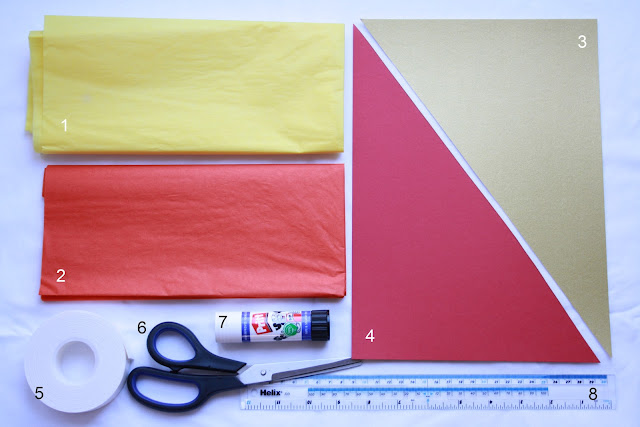 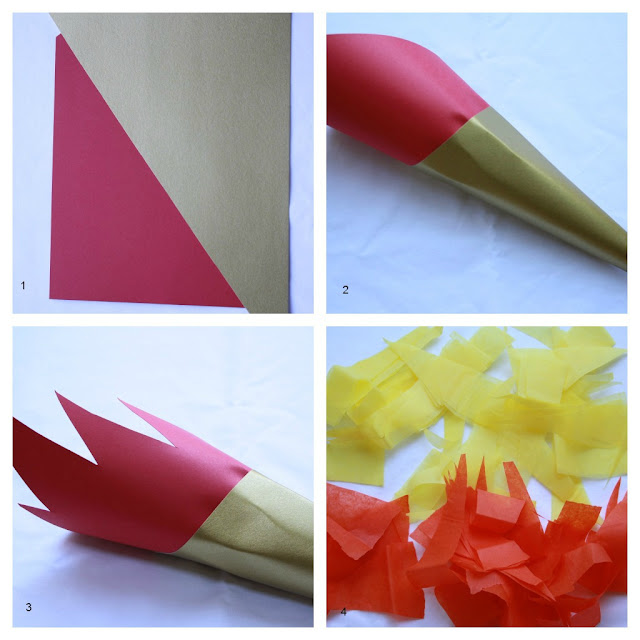 We had lots of fun with these. The older ones were able to do most of it themselves, while the younger ones (despite huge enthusiasm for the glue, scissors and tissue paper) needed some help. The girls insisted on "Princess Torches", hence the pink one below (it's awful, I know). The boys could not have cared less and just wanted to hit each other with them. 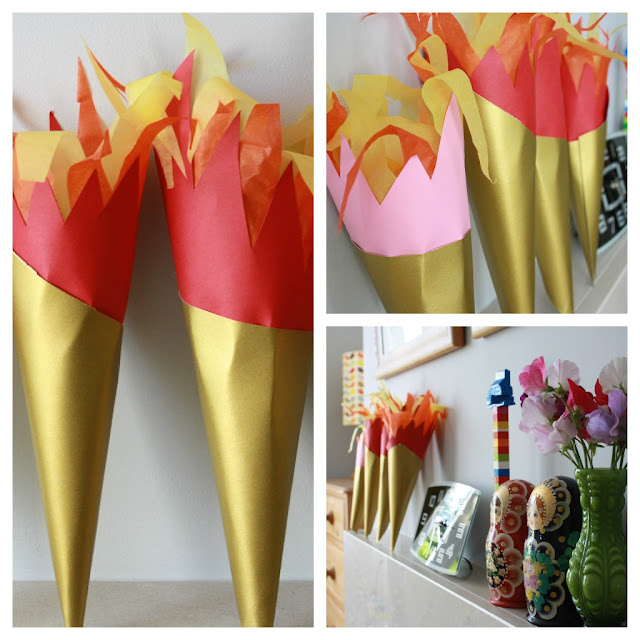 I am so very proud of the British Olympic Team, of their achievements, their conduct, and their success. This time one year ago this country was rioting. It was a grim time. It just feels so good to celebrate good news and positive role models.

Last of all, a golden postbox! The Royal Mail promised to spray paint a post box gold in the home town of every gold-medal winning British athlete. The Brownlee brothers, from Leeds, won gold and bronze in the triathlon on Tuesday. I drove past it this week but it's a busy road and there was no-where to pull over, so I found this image on the internet. Do you know, Yorkshire has won more medals than any other county in the UK. With 6 gold, 2 silver and 3 bronze medals, if Yorkshire was a country it would be 11th on the medal table*!

* I do hope I worked that out right. Please correct me if I am wrong!
Posted by Gillian Roe at Friday, August 10, 2012